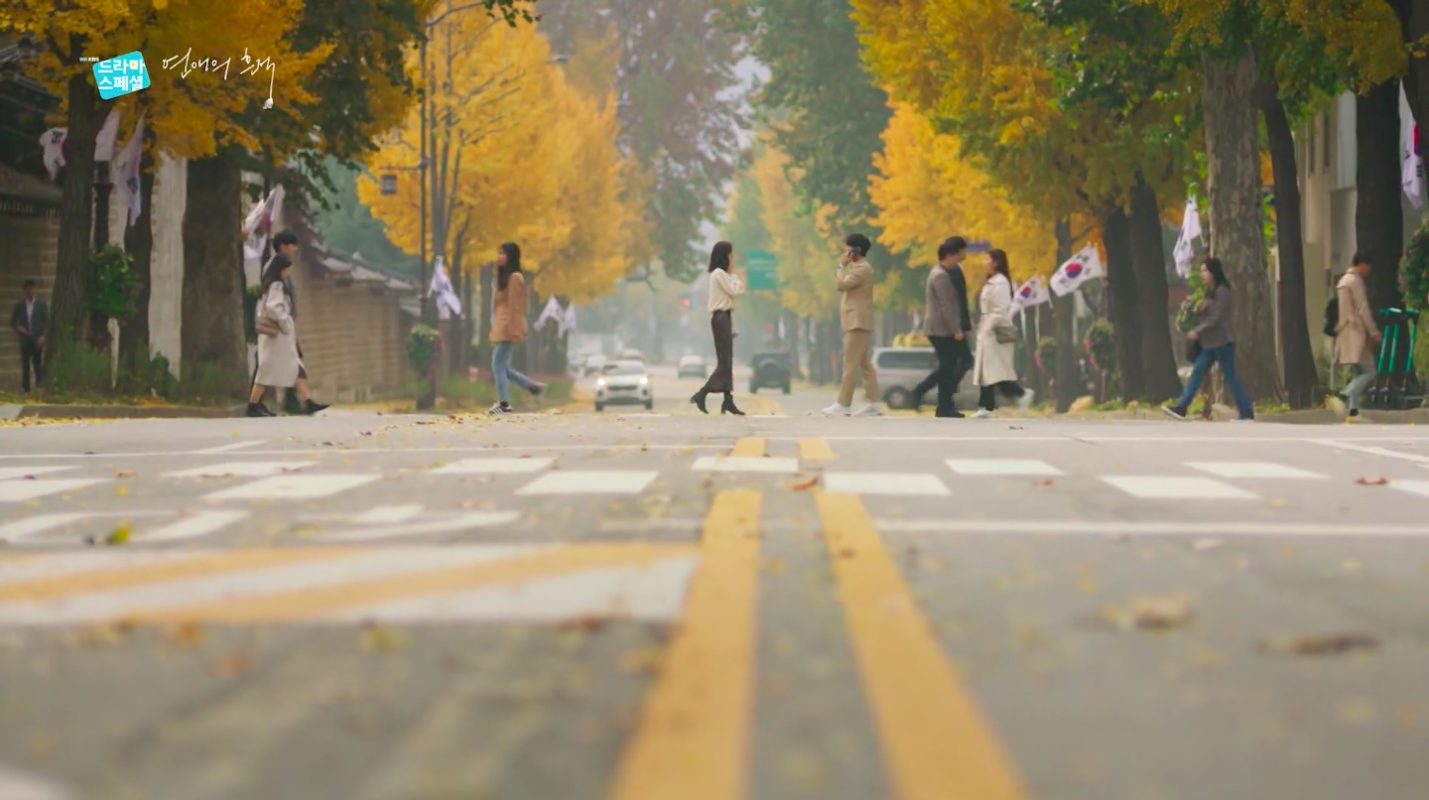 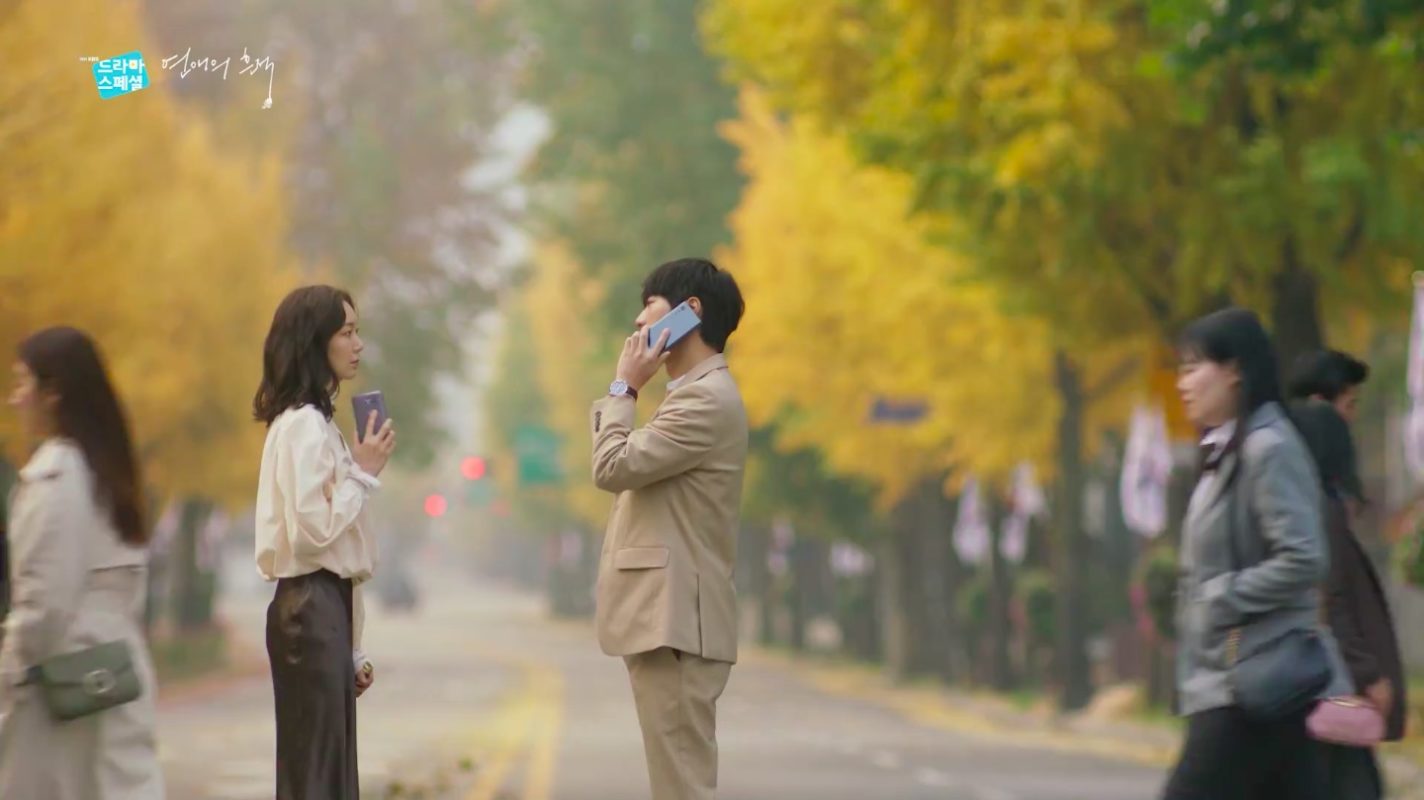 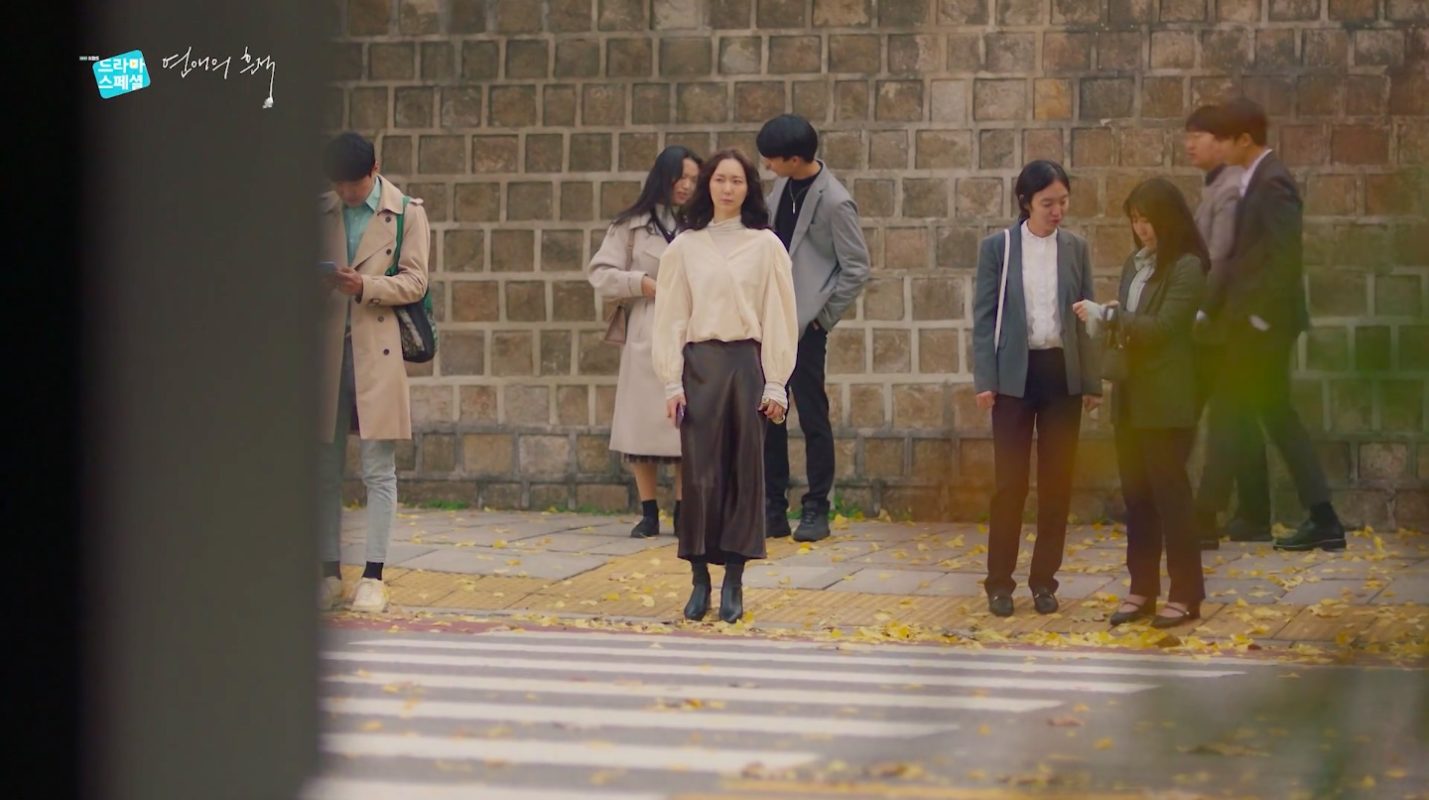 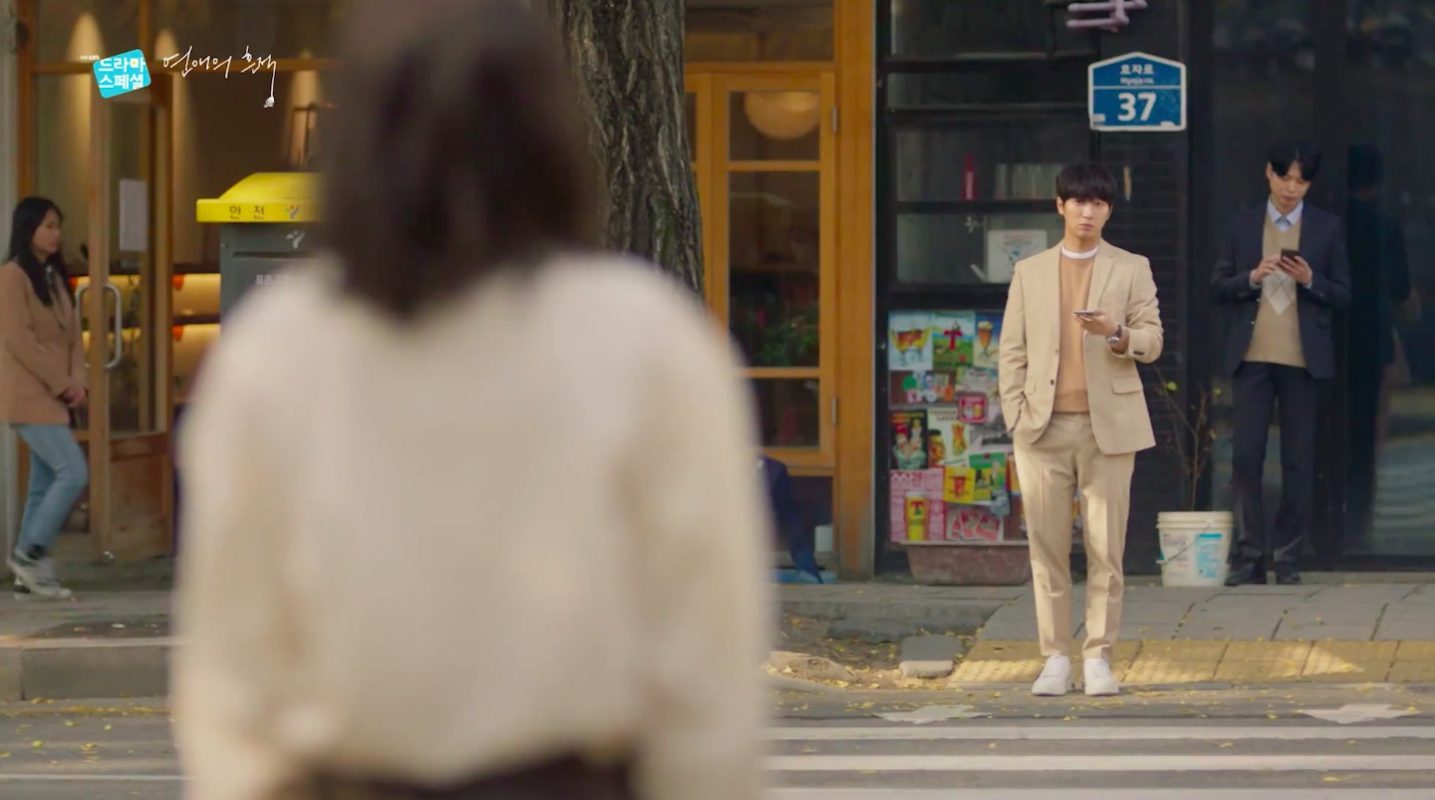 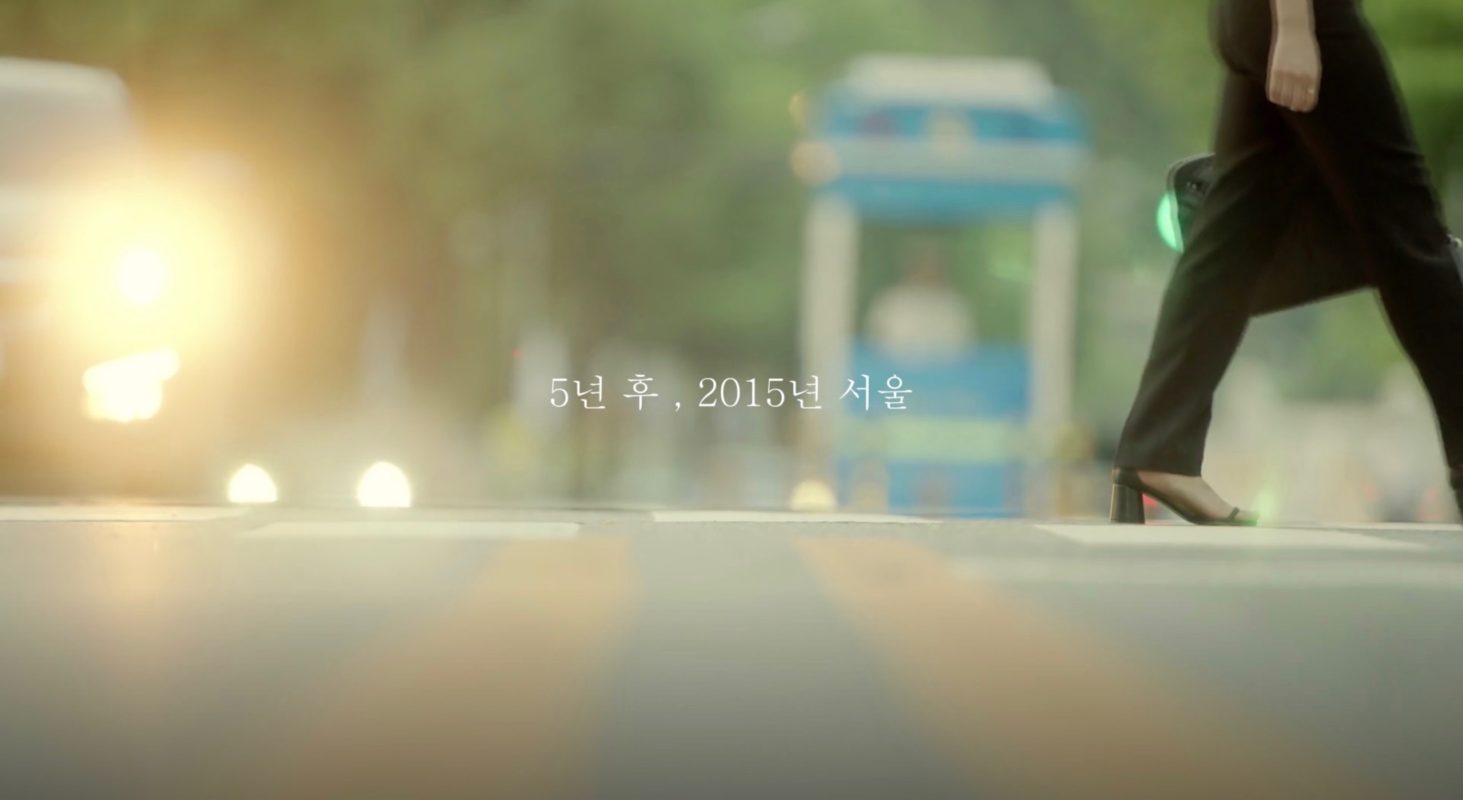 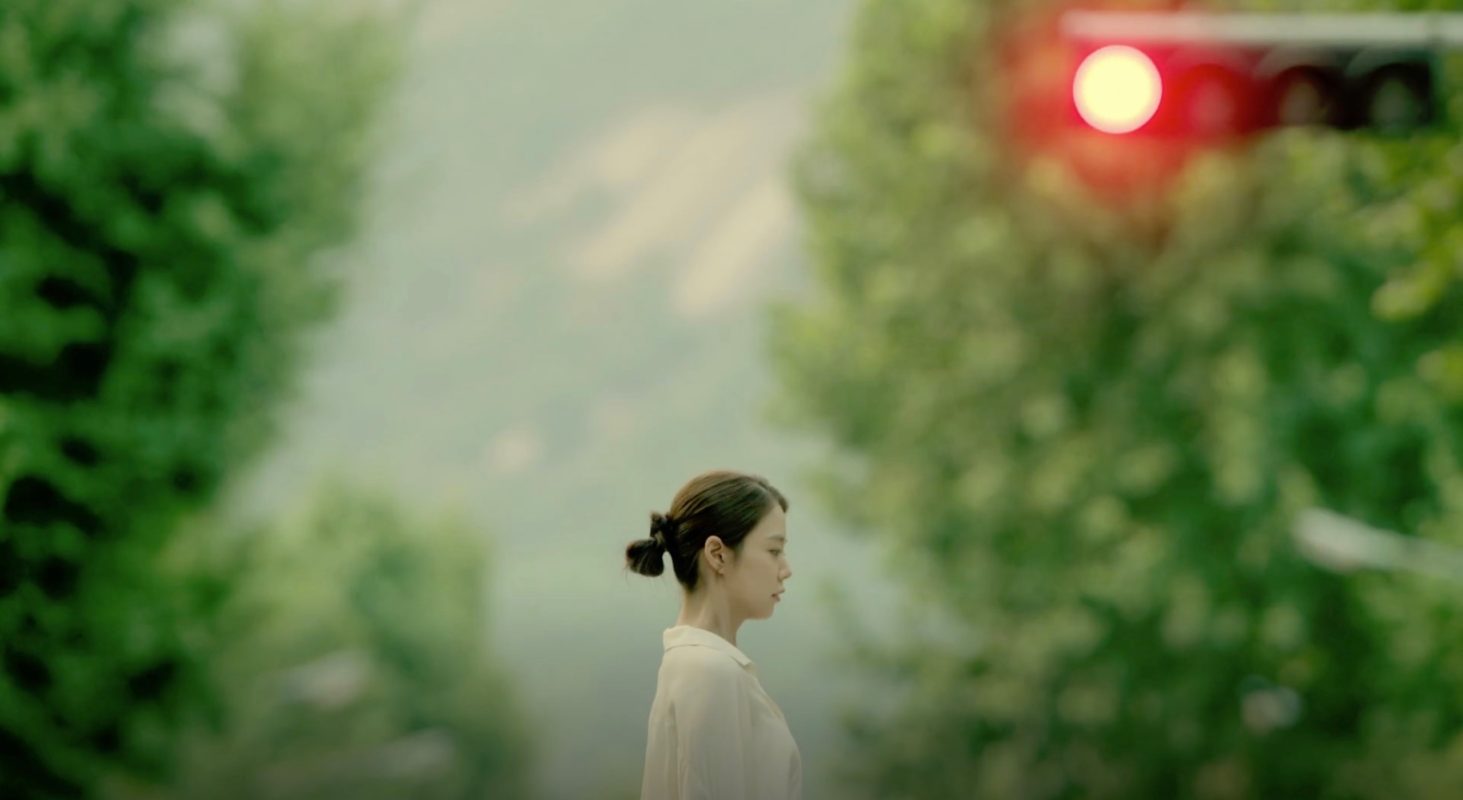 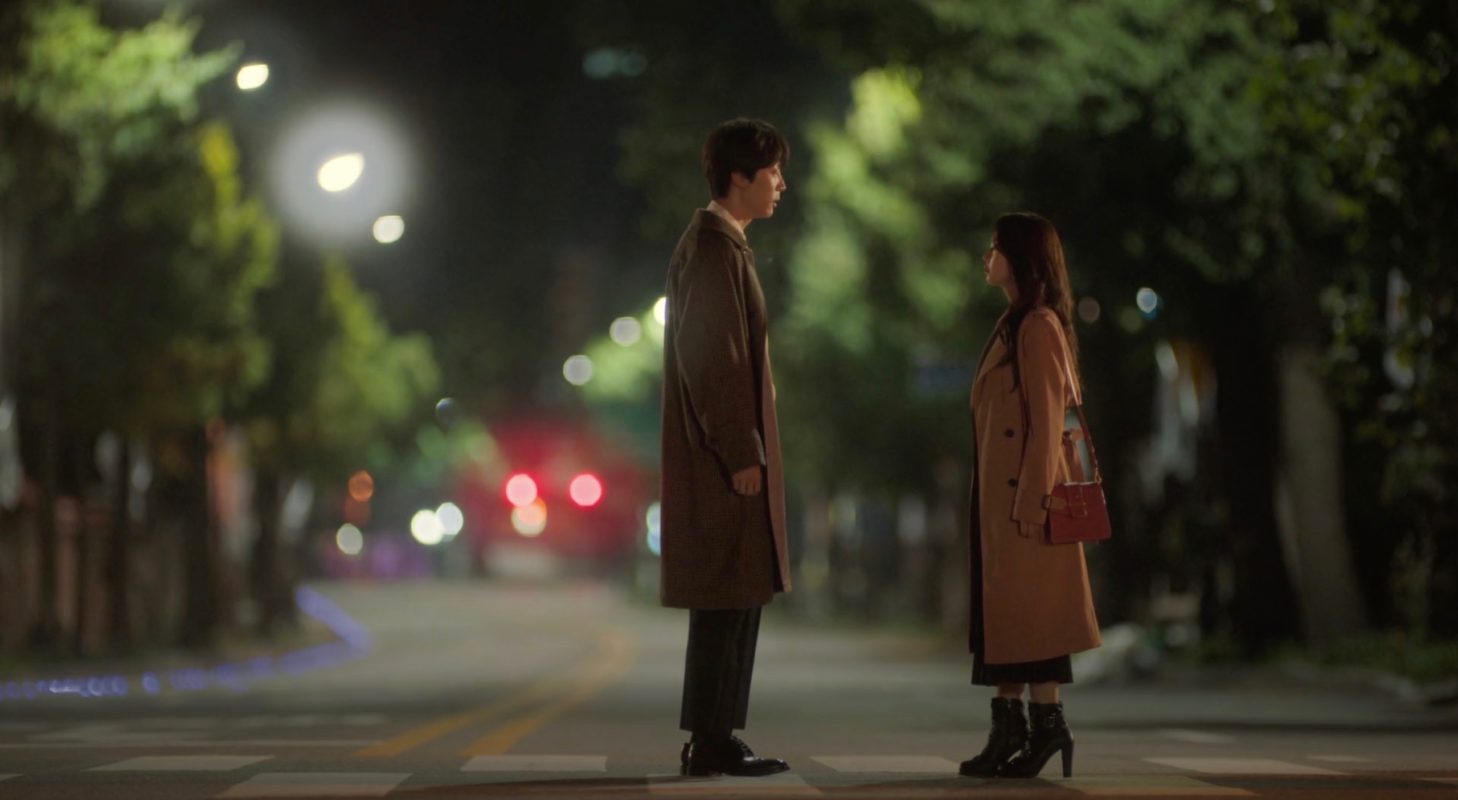 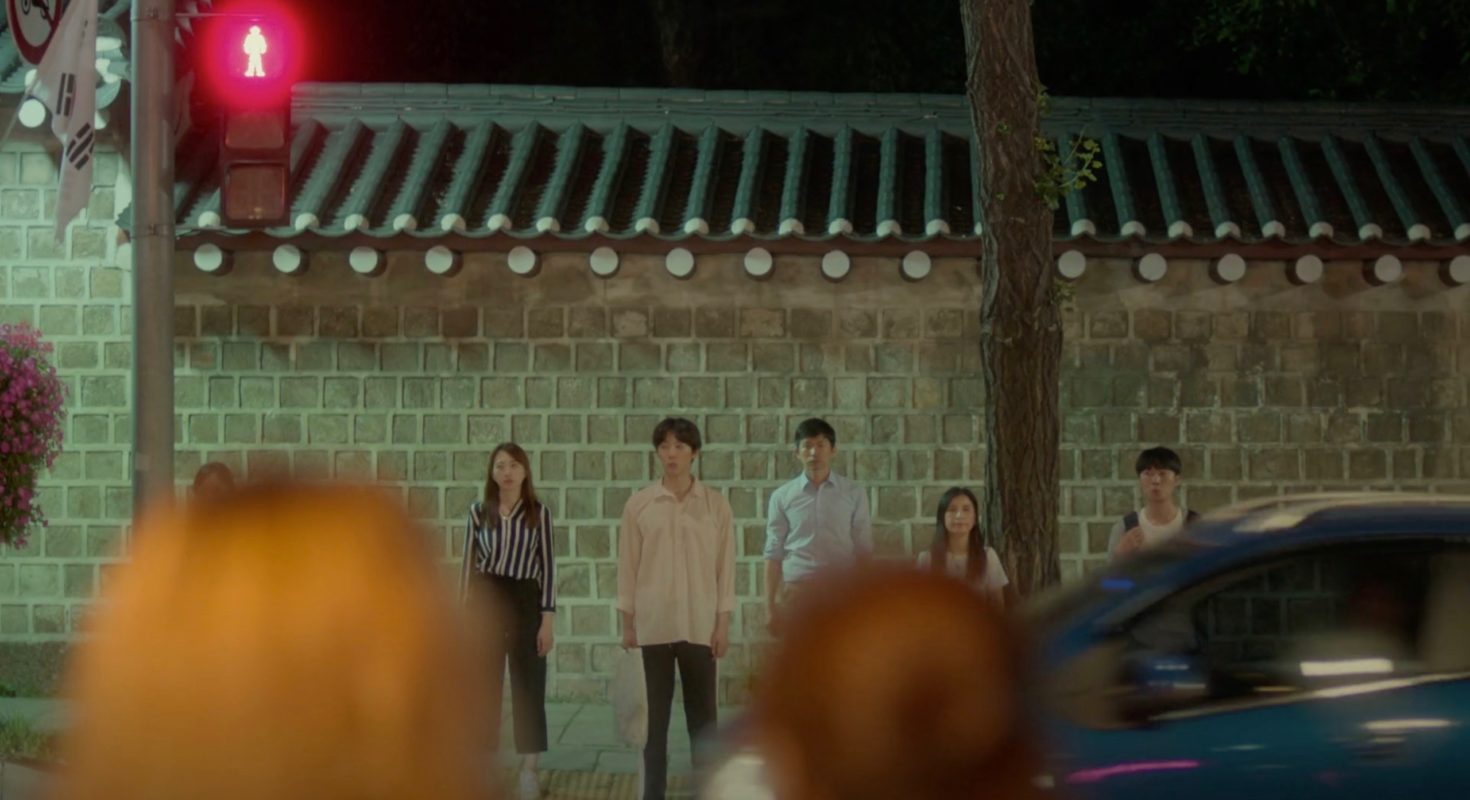 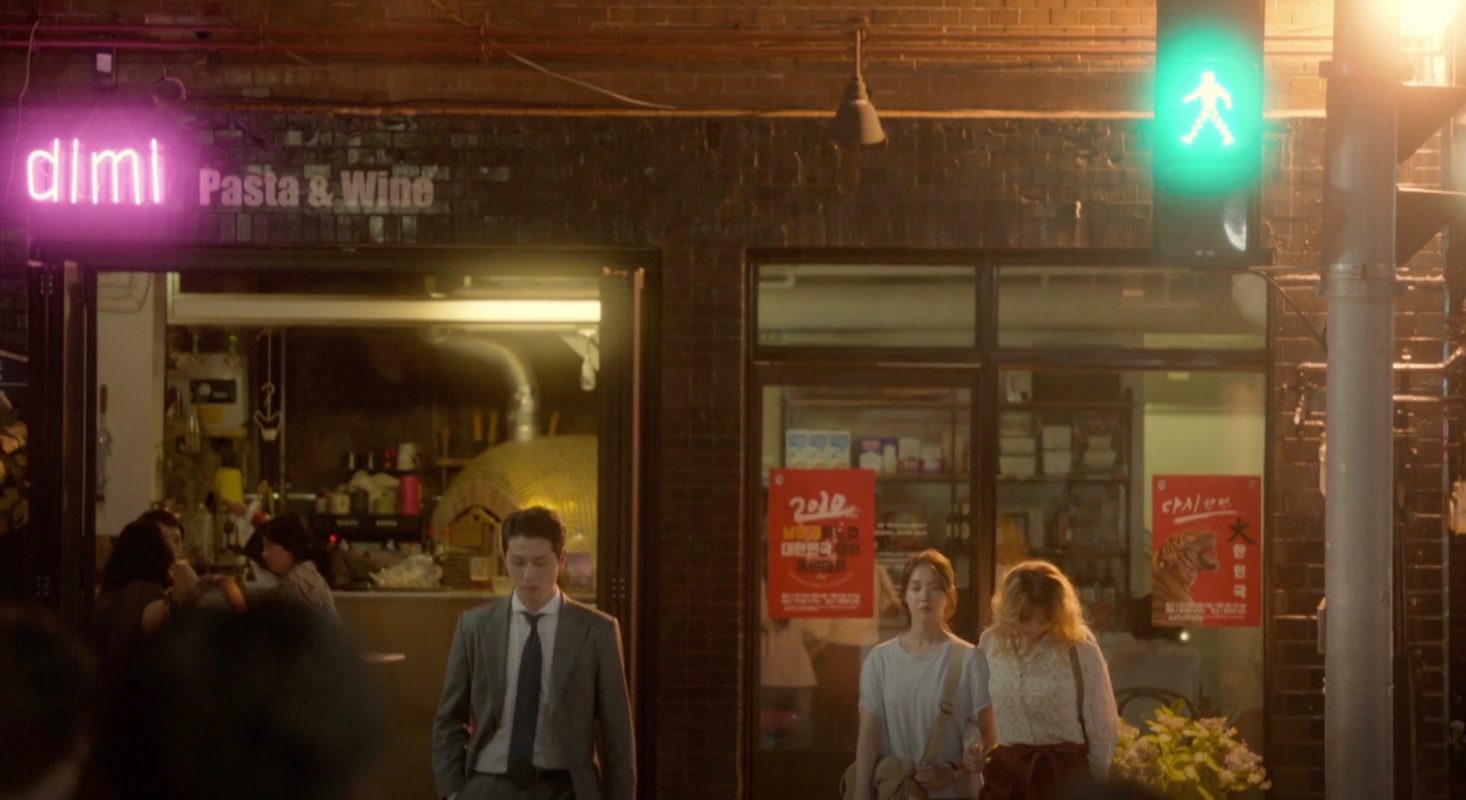 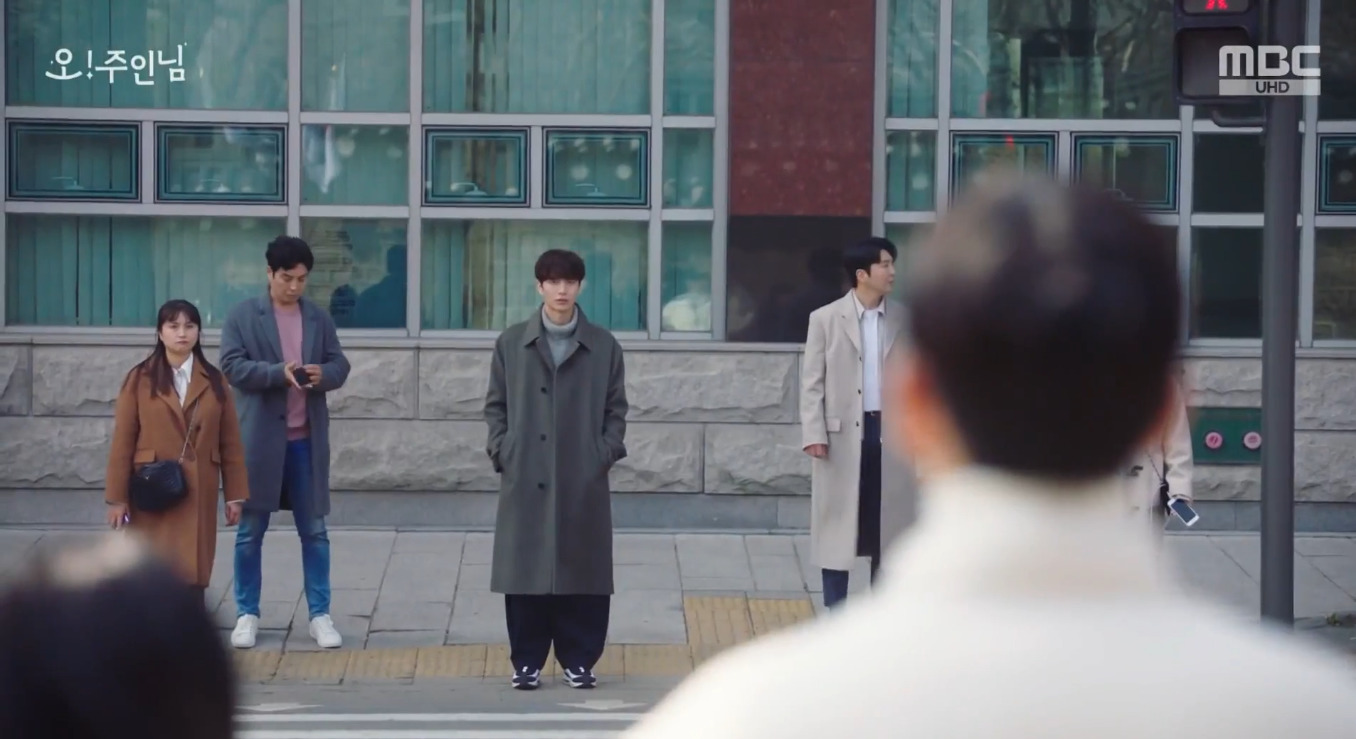 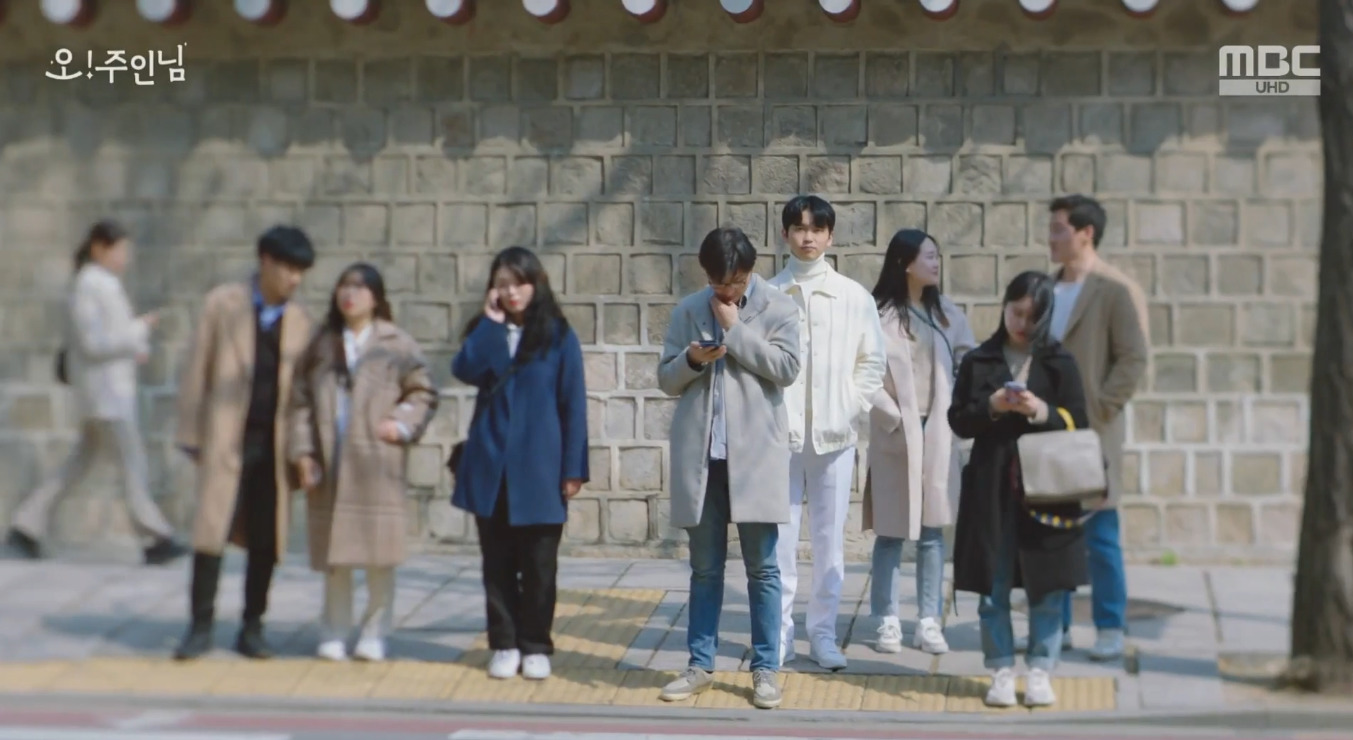 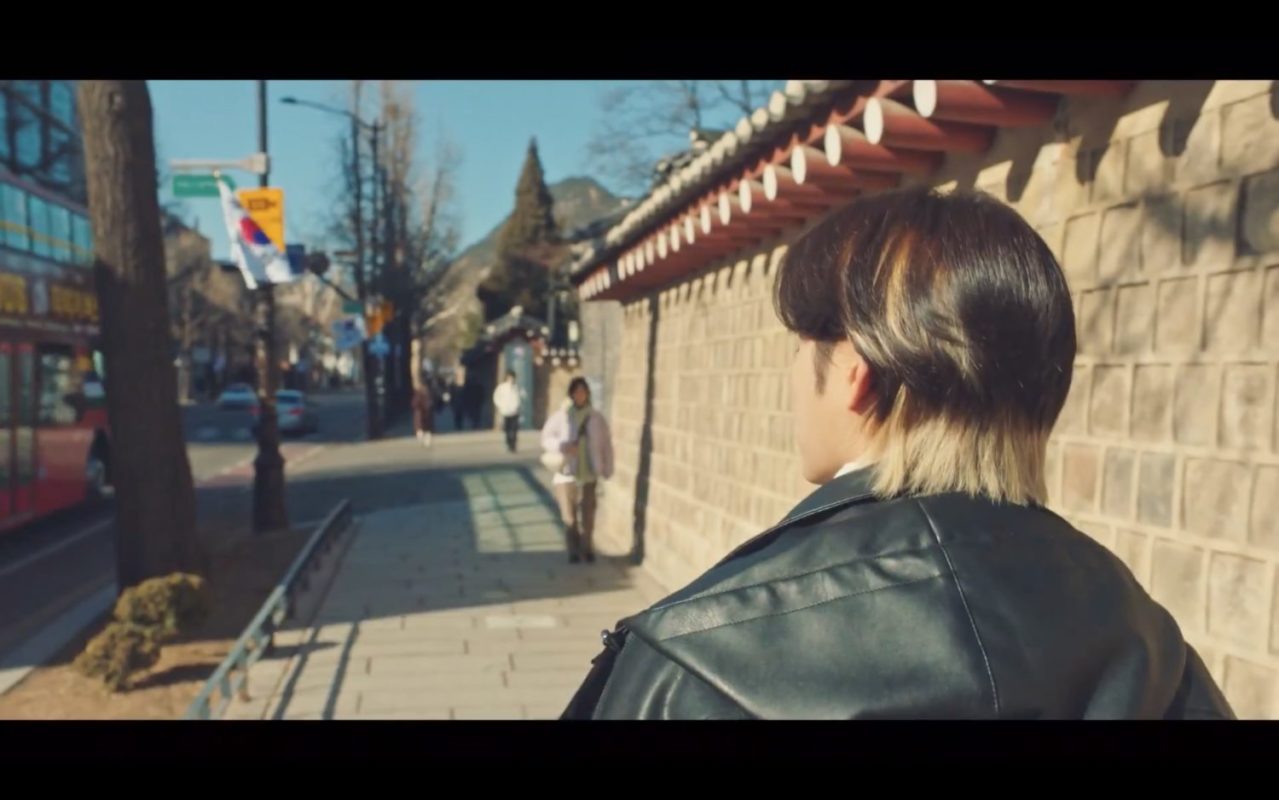 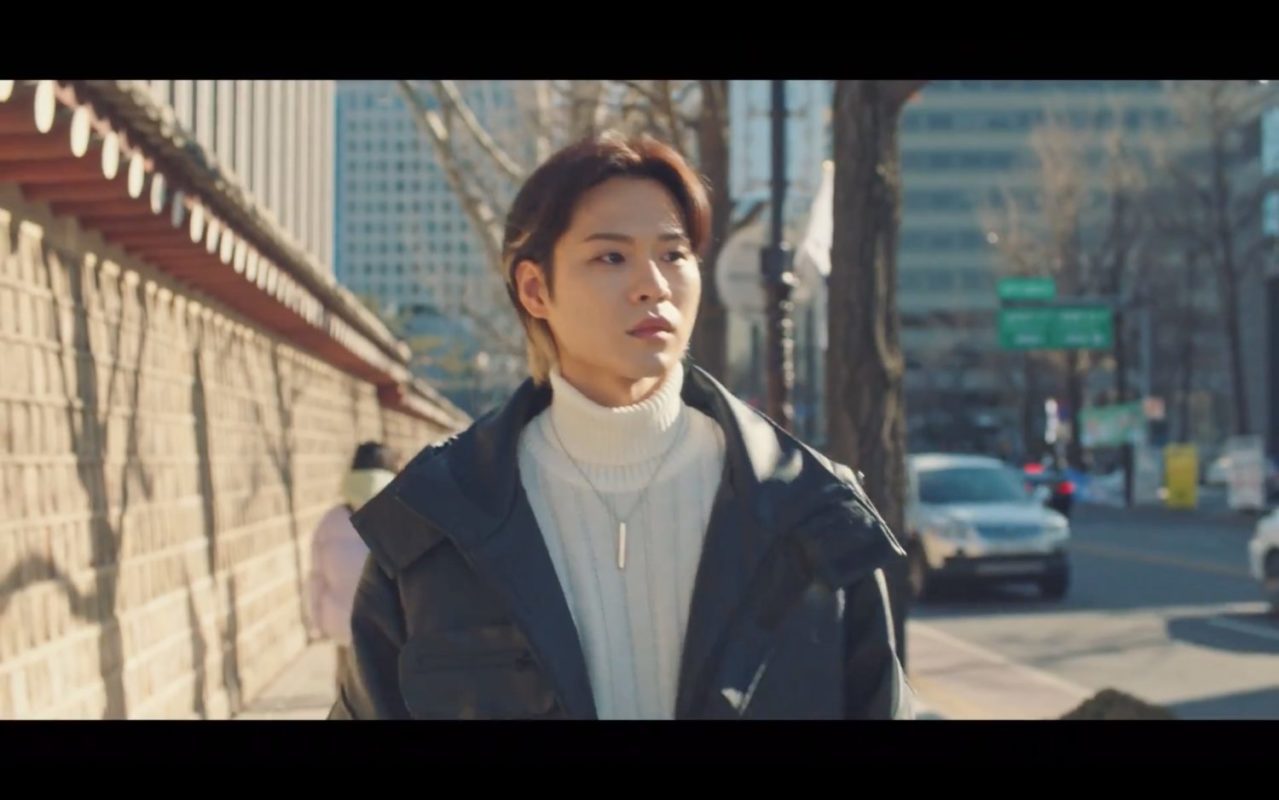 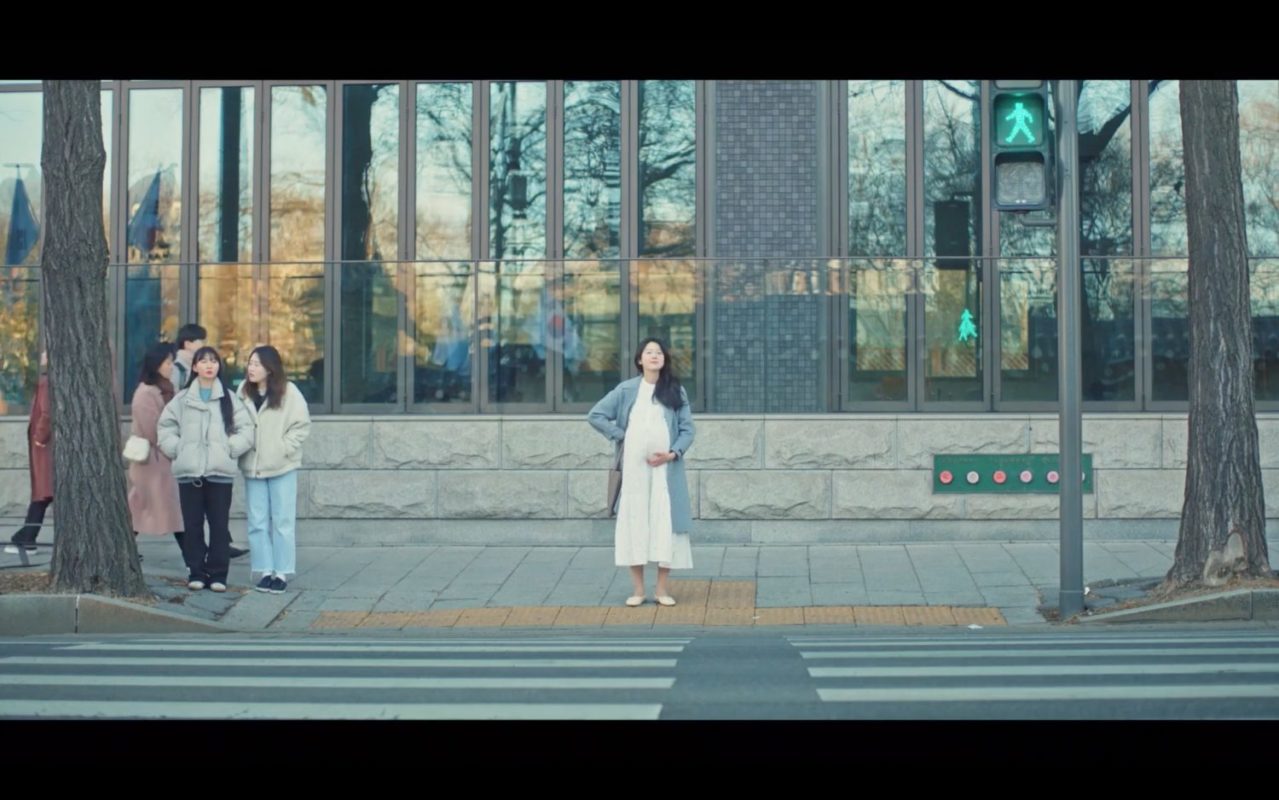 No. 9-15 / Crosswalk in front of Kolon Building [코오롱빌딩] — This street is also seen in episode 9 of Tomorrow (Naeil/내일/來日) (MBC, 2022), when Grim Reaper Lim Ryung-gu (Yun Ji-on) watches a heavily pregnant woman from the opposite side of the road. [Spoiler] When she walks towards him across the crosswalk, he has a flashback to his past life, and cries uncontrollably as she passes and does not notice him.

No. 15 — Crosswalk in front of Kolon Building [코오롱빌딩] — When standing at this crosswalk in episode 7 of Oh My Ladylord/Oh! Master (오! 주인님) (MBC, 2021), Han Bi-soo (Lee Min-ki) all of a sudden recognizes the spirit (Kang Seung-ho) he had already run into on the other side of the street.

No. 37 — Crosswalk in front of Café Dimi [디미] Lee Joo-young (Lee Yoo-young) and Jung Ji-sub (Lee Sang-yeob) speak to each other over the phone from opposite ends of this crossing, and eventually meet each other in the center in KBS Drama Special: Traces of Love (연애의 흔적) (KBS2, 2020).

No. 37 — Crosswalk in front of Café Dimi [디미] It is along this crossroad that Cha Hyun-o’s (Shin Hyun-soo) and Han Yoo-kyung’s (Han Seung-yeon, formerly of Kara) third fateful meeting takes place in episode 1 of Twelve Nights (열두밤) (Channel A, 2018) on their second day of their short 4-day stay in Seoul in 2010. At the end of episode 4, Yoo-kyung is back in Seoul — it is now 2015 — and she hesitantly crosses the street here again.

Other locations at this street