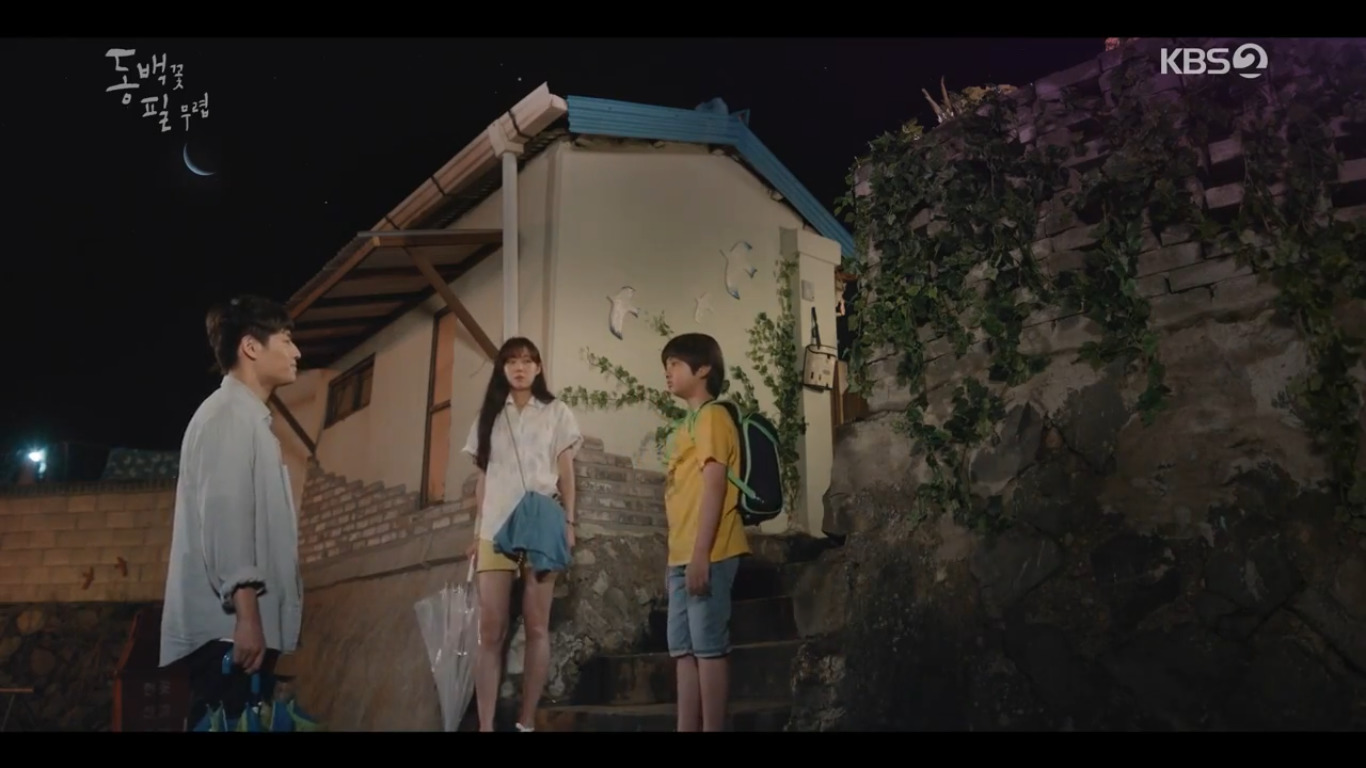 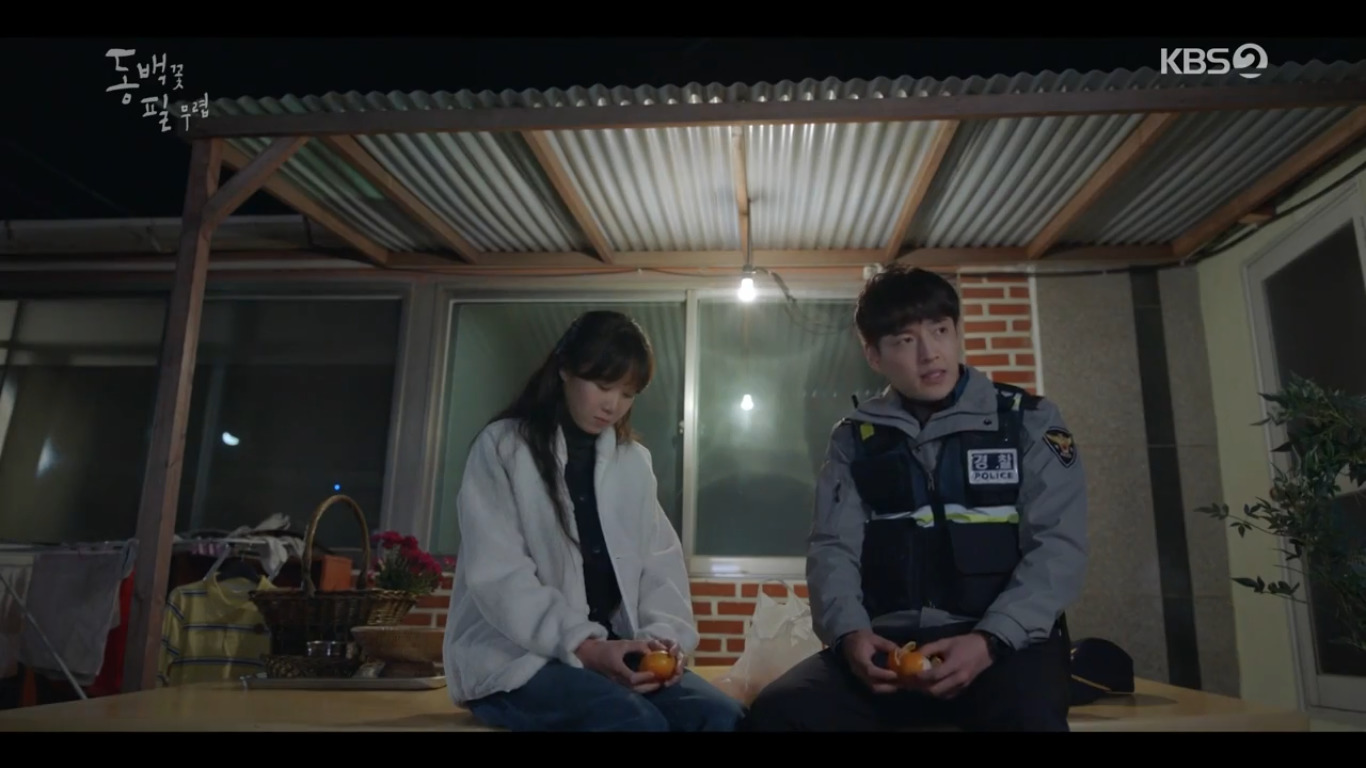 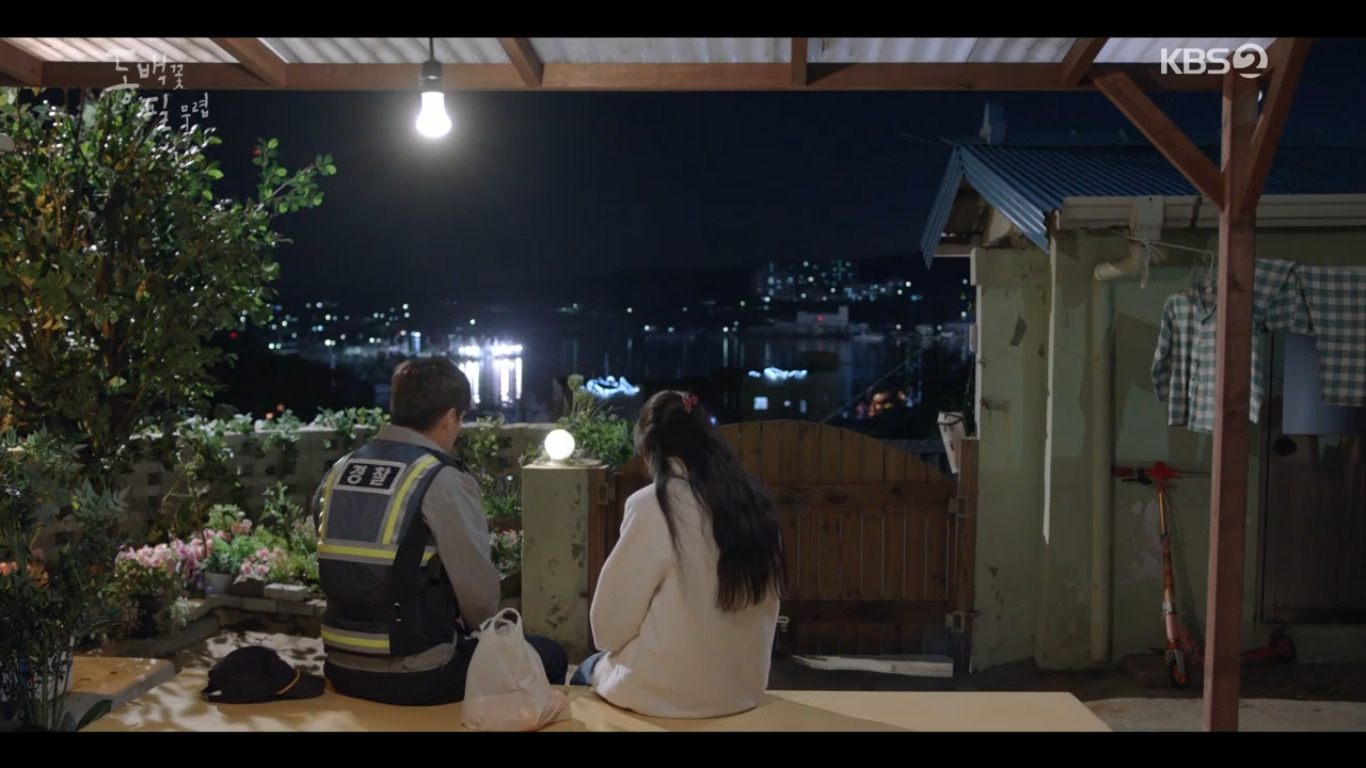 Oh Dongbaek (Gong Hyo-jin), her son Pil-gu (Kim Kang-hoon) and mother Jo Jeong-suk (Lee Jung-eun) move into this house in When the Camellia Blooms (동백꽃 필 무렵) (KBS2, 2019), after they are forced to move from the living space above the Camellia Bar. When Hwang Yong-sik (Kang Ha-neul) discovers  thatshe was the only witness to a murder and is now being threatened by the murderer, he protects her by escorting her everywhere and staking out her house. They eventually fall in love; it was actually love at first sight for Yong-Sik, but it took a bit of persuading before Dongbaek felt the same.

This private house is located on the hillside in the Guryongpo Township [Guryongpo-eup/구룡포읍] in Pohang’s Nam District [Nam-gu/남구]; almost directly above Munhwa Masil [문화마실] —  which appears as ‘Camellia Bar’ in When the Camellia Blooms. The easiest access, however, is via the lane on the left hand side at the top of the Guryongpo Park Stairs [구룡포공원계단]. A plaque has been erected outside the house with details of the drama.