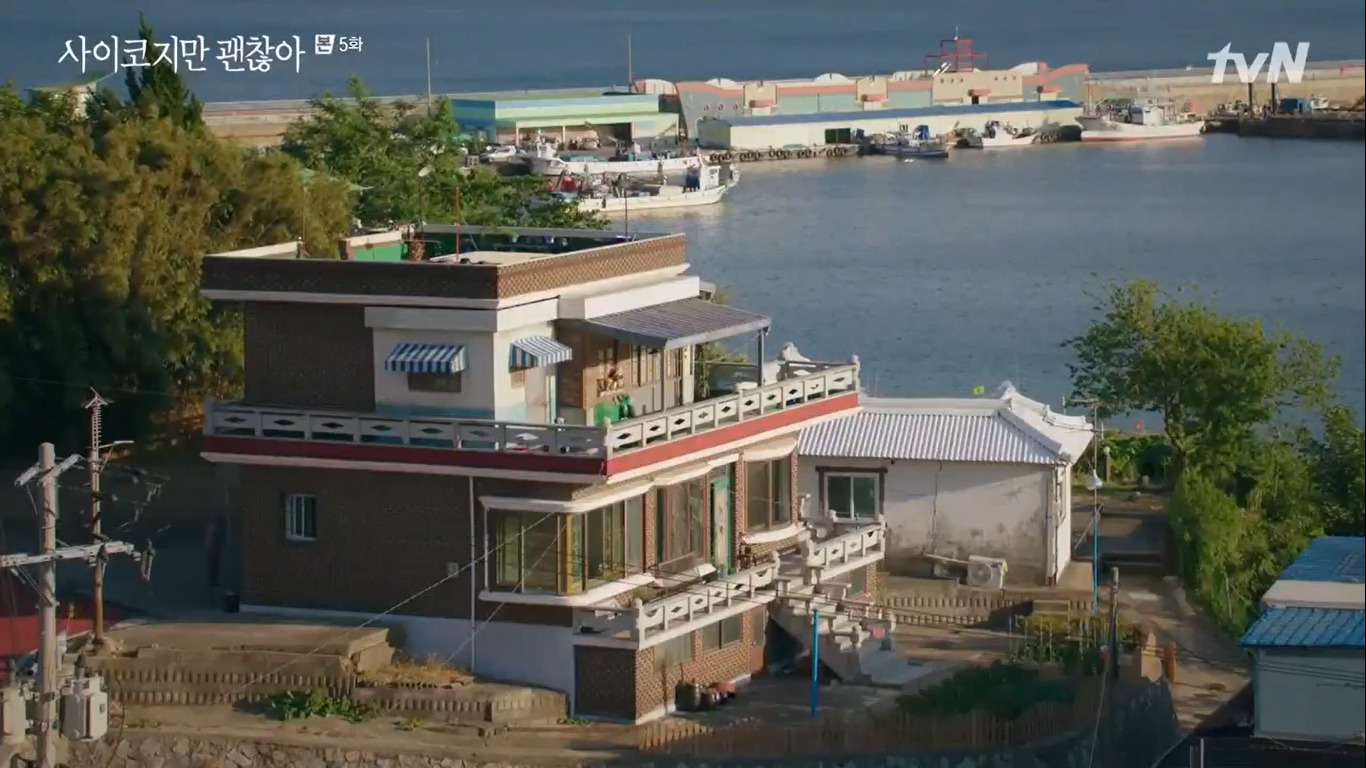 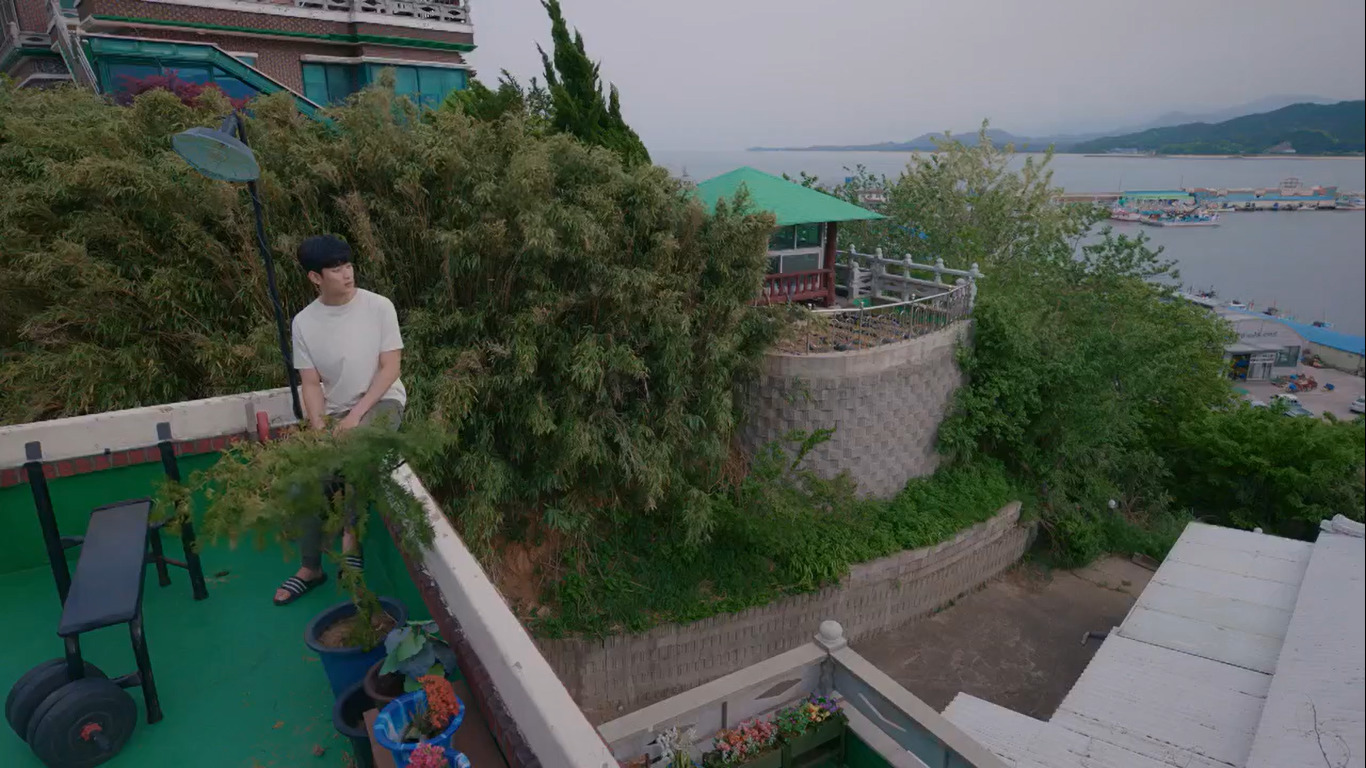 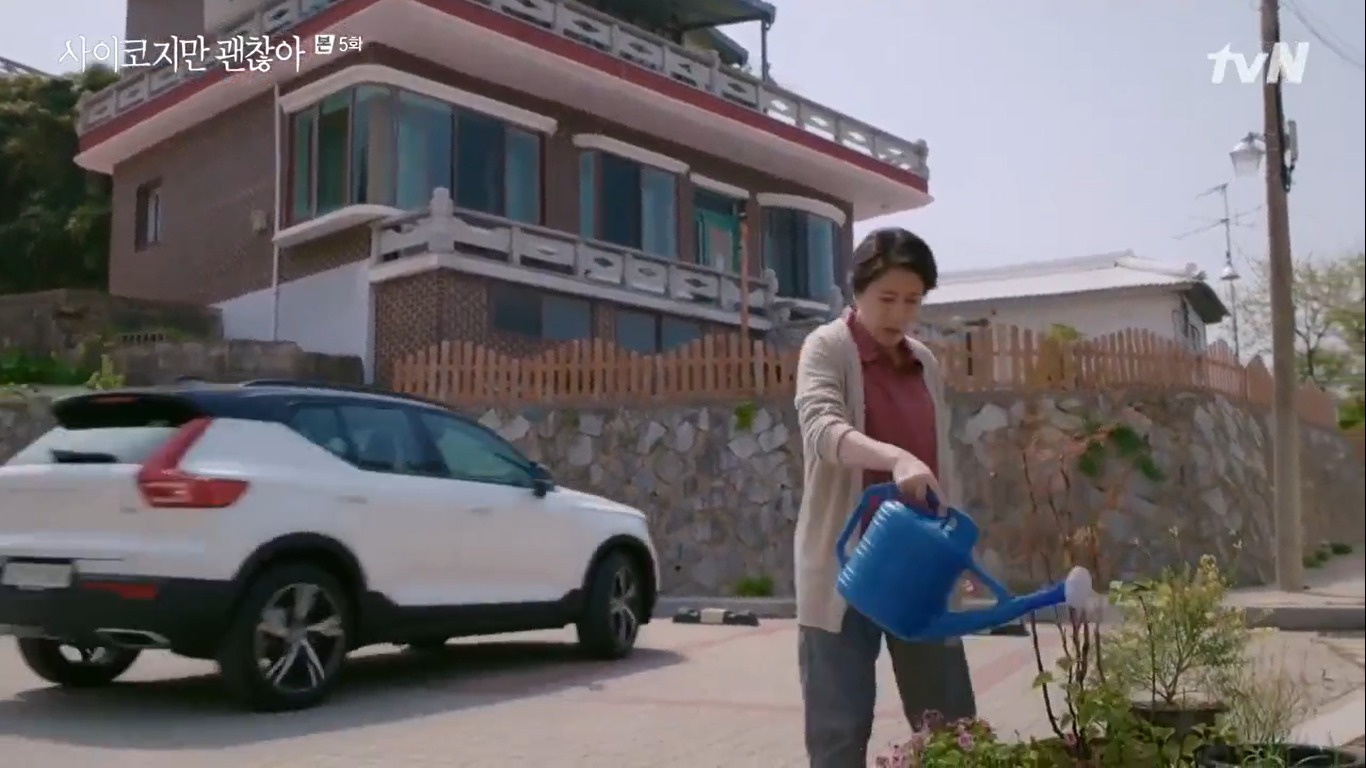 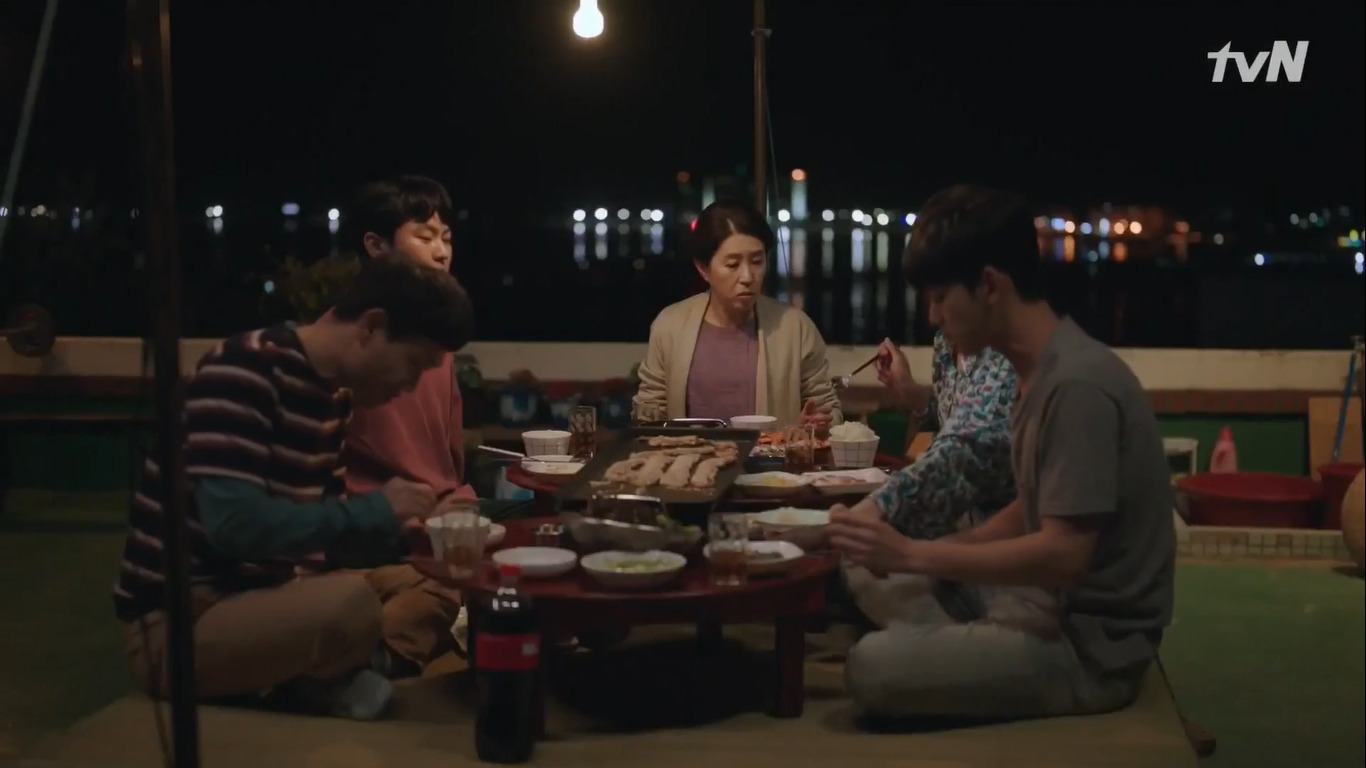 When Moon Gang-tae (Kim Soo-hyun) loses his job in Seoul in It’s Okay to Not Be Okay (사이코지만 괜찮아) (tvN, 2020), he moves back to his seaside hometown — appearing as Oji-gun, Seongjin-si in the drama — with his autistic older brother Sang-tae (Oh Jung-se) and friend Jae-soo (Kang Ki-doong). They move into the house of Kang Soon-duk (the mother of a childhood friend) and rent rooms on the second floor and in the semi-basement.

This private house is located in the village of Geojin [Geojin-ri/거진리] in Goseong County’s Geojin Township [Geojin-eup/거진읍]. Geojin is a fishing town on the East Sea, 28km north of Sokcho. The rooftop of the house features in many episodes of eating and drinking scenes in It’s Okay to Not Be Okay, with uninterrupted views across Geojin Harbour to Geojin Beach. Other film sites in in walking distance are Geojin Beach [거진해수욕장] and Gang-soo’s father’s house, both locations from Strongest Deliveryman (최강 배달꾼).

➜ From the bus terminal, walk about 200m to the ‘Geojin Market Entrance Bus Stop’ [거진시장입구 정류장]
➜ Take the 1-1 bus to the ‘Geojin Seafood Market Bus Stop’
➜ Walk approximately 100m toward the large grey market building
➜ Turn left into Geojin-gil, then veer right into Ppallaegol-gil
➜ After 80m, turn right into Deungdae-gil (1-42)
➜ In approximately 60m you will see a small car park on the right.
➜ Gang-tae’s house is at the far end of the car park.

Note that all the street signs are posted in Korean and English in this area.

— submitted by sarahms with directions by Mich KDL