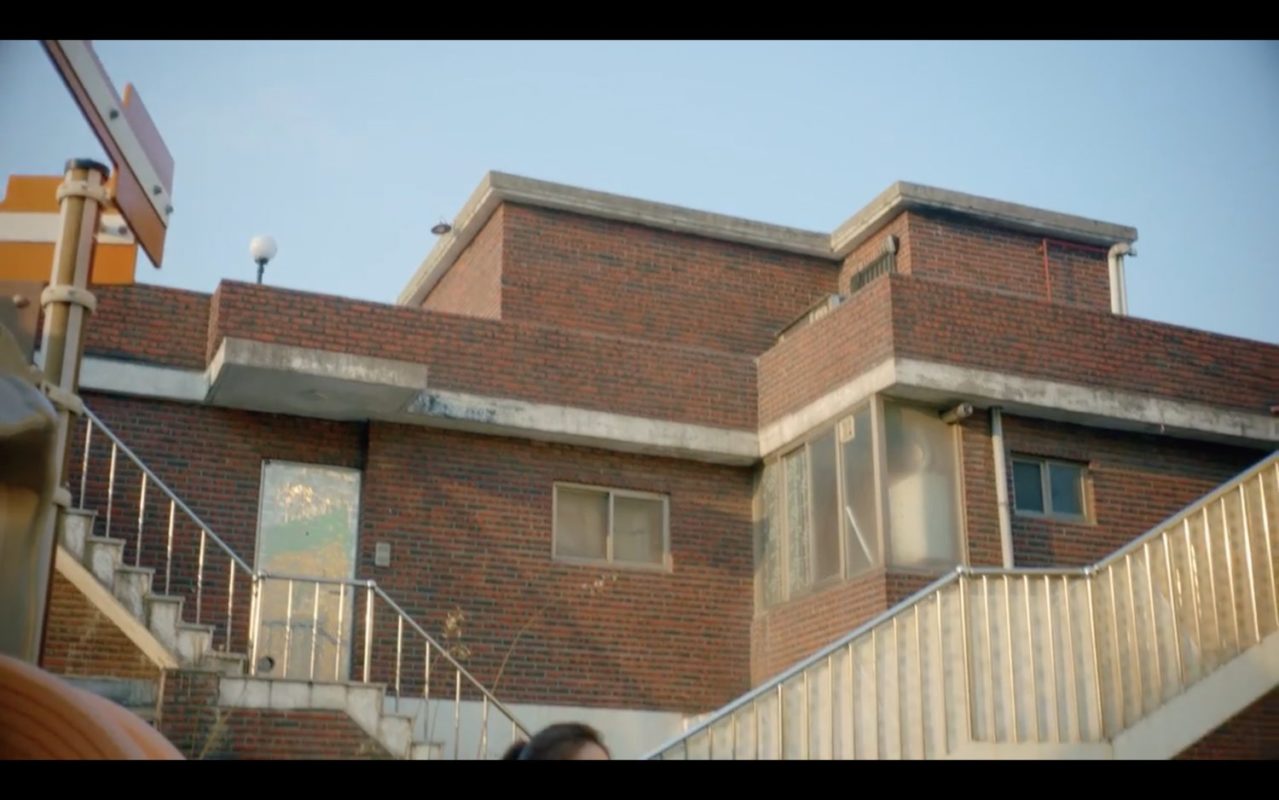 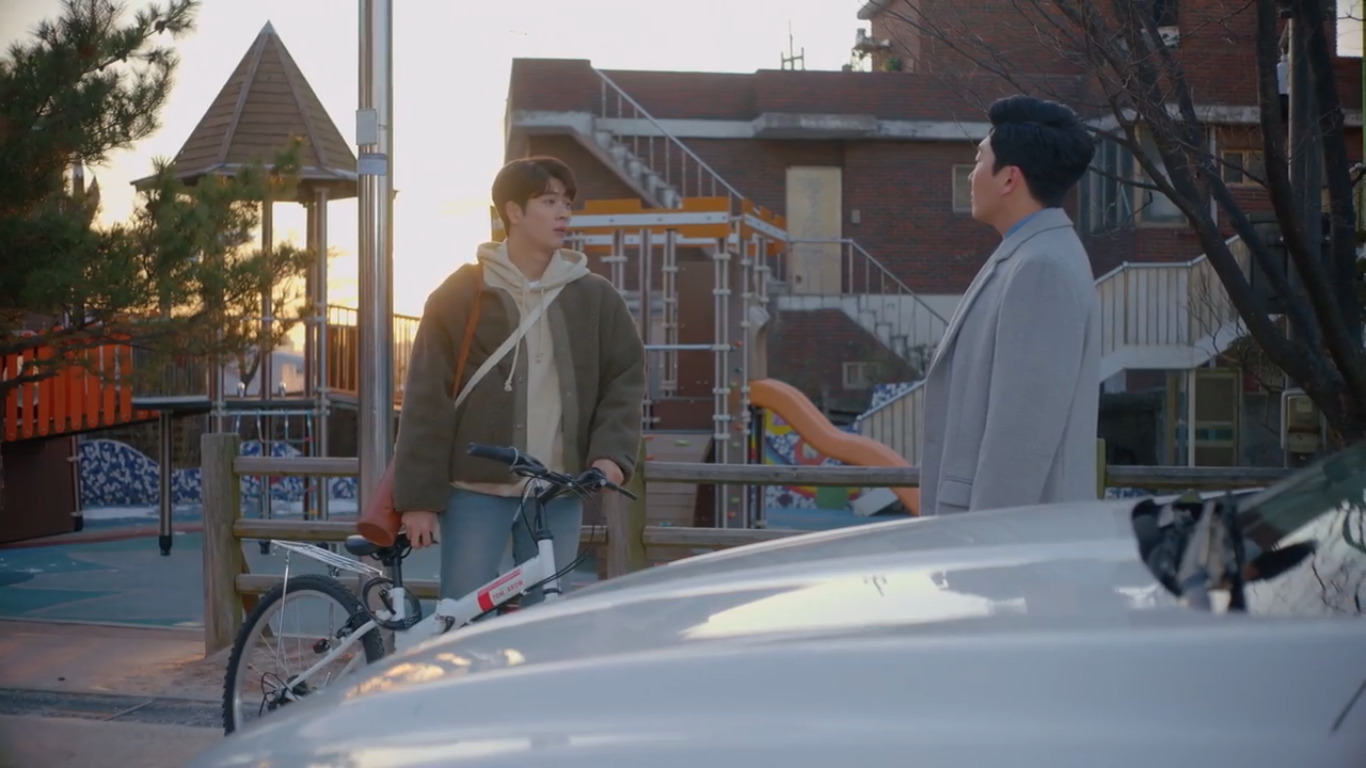 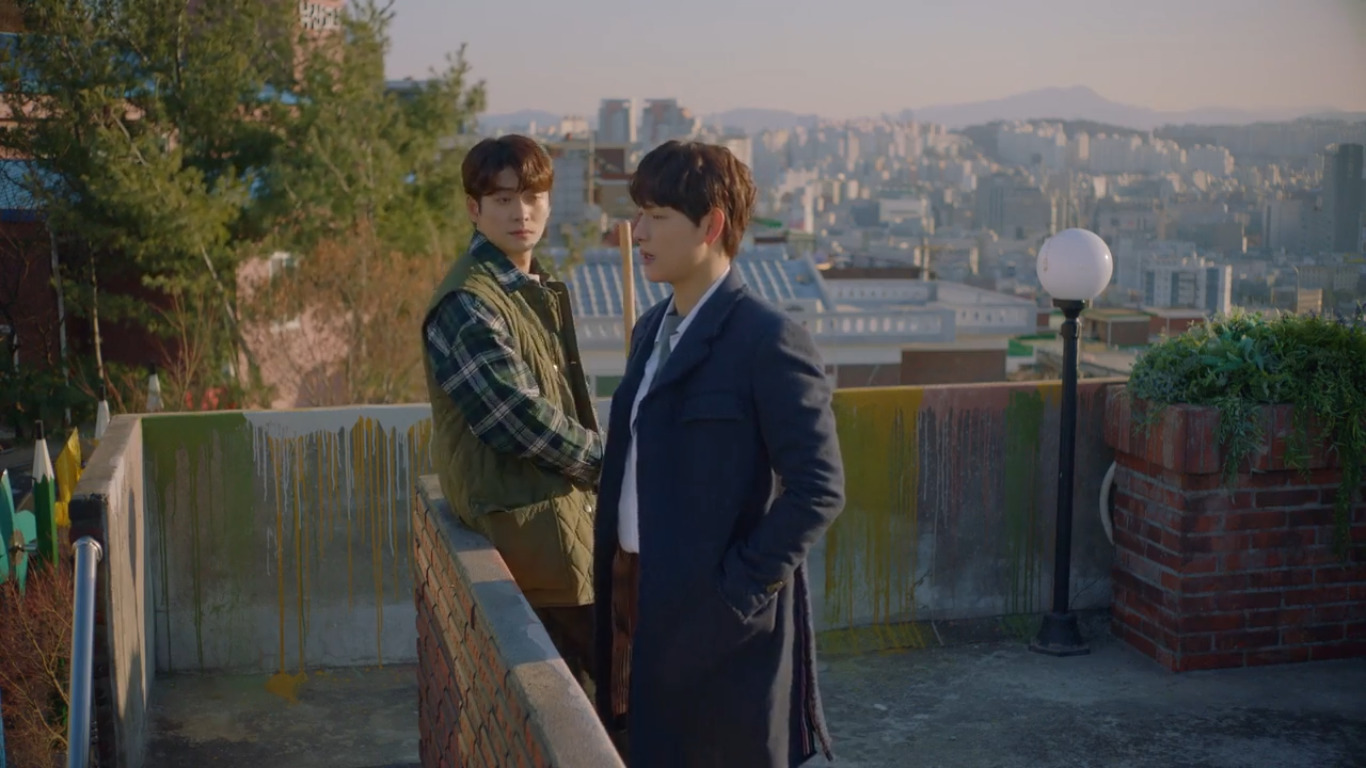 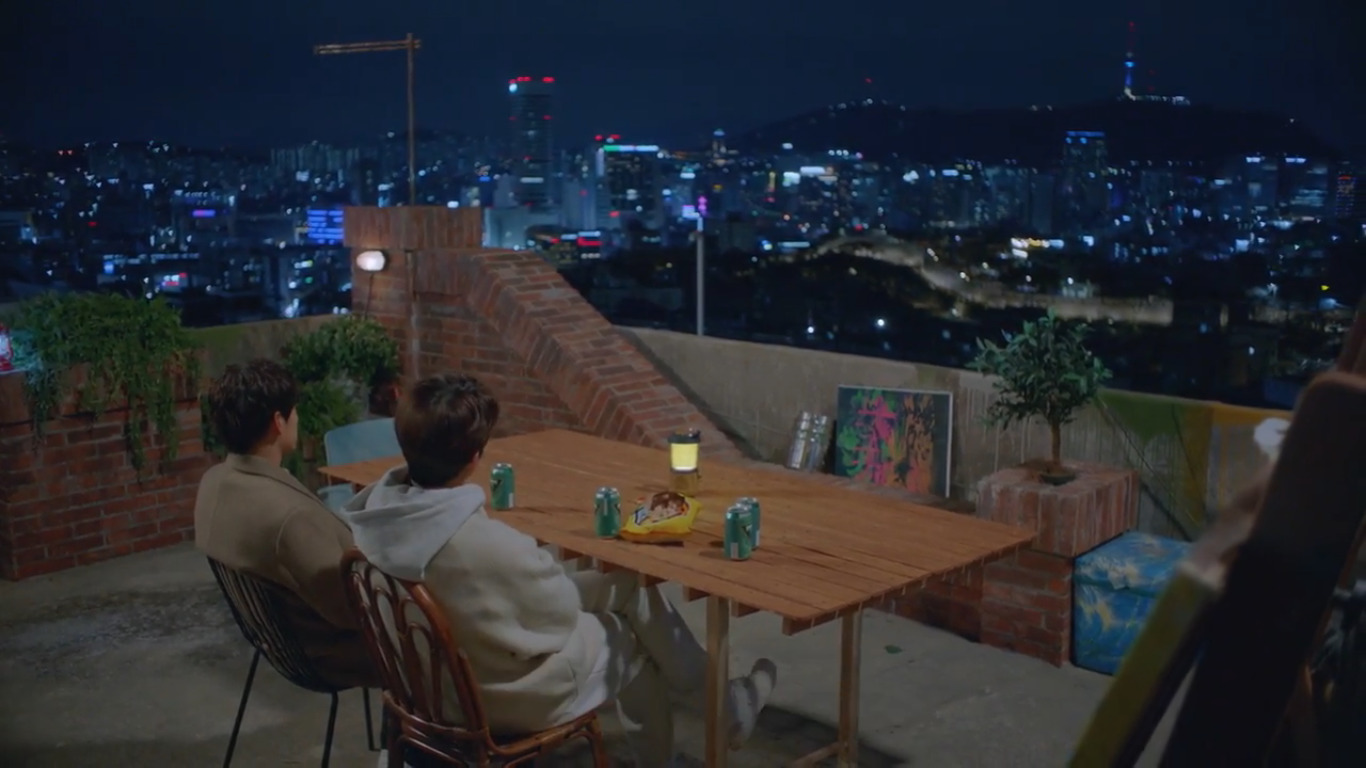 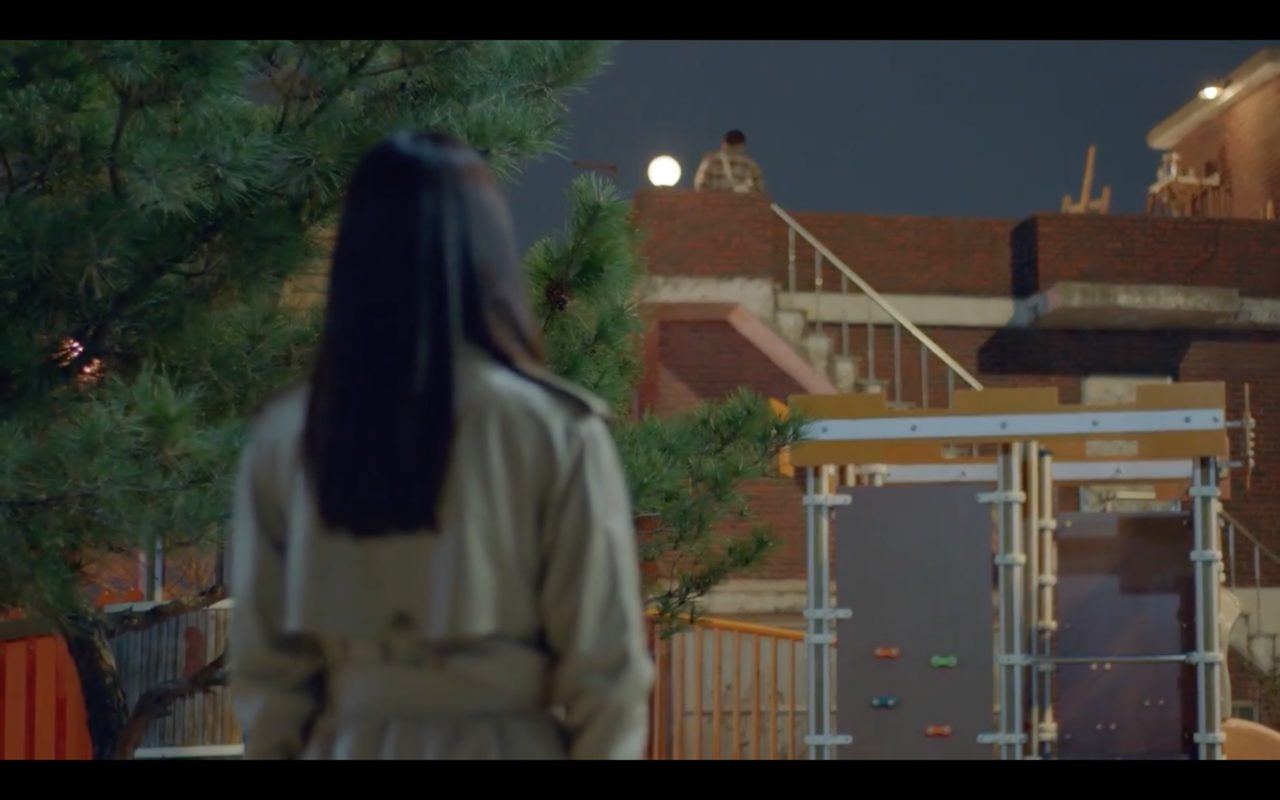 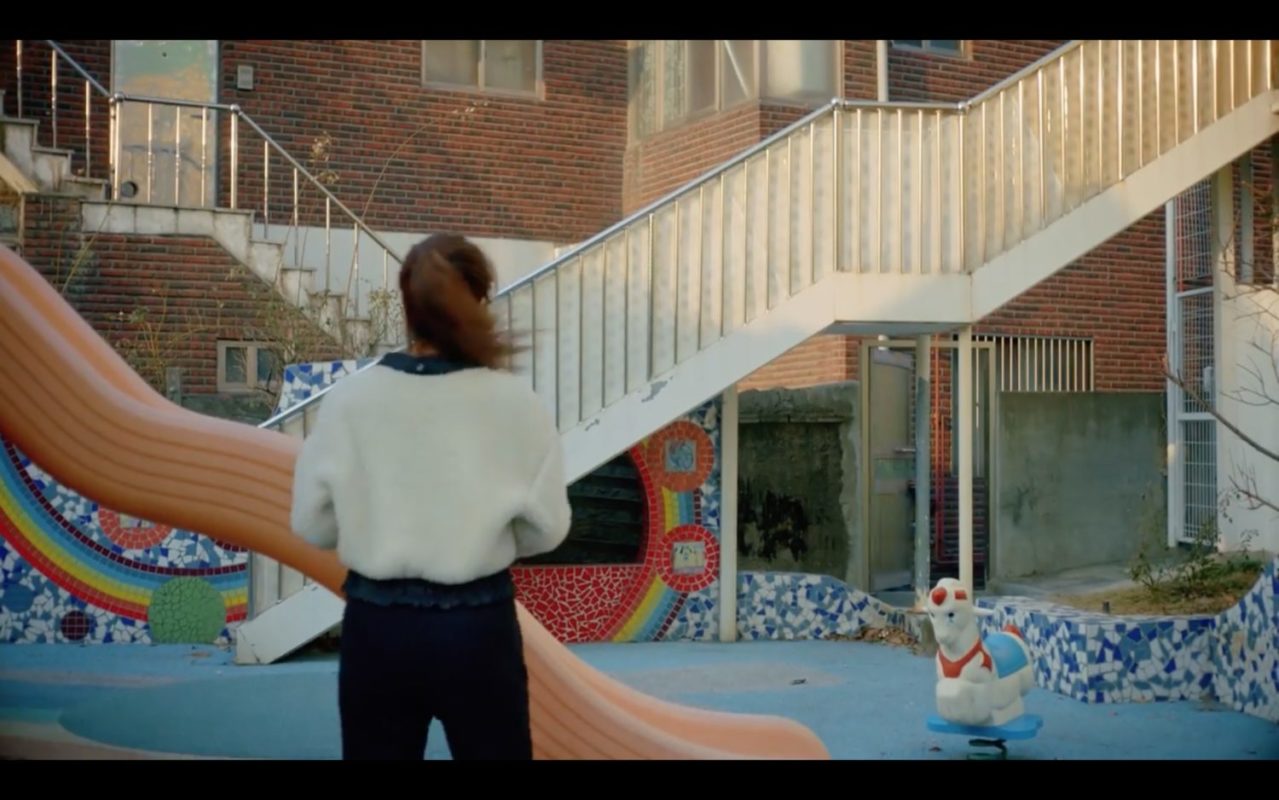 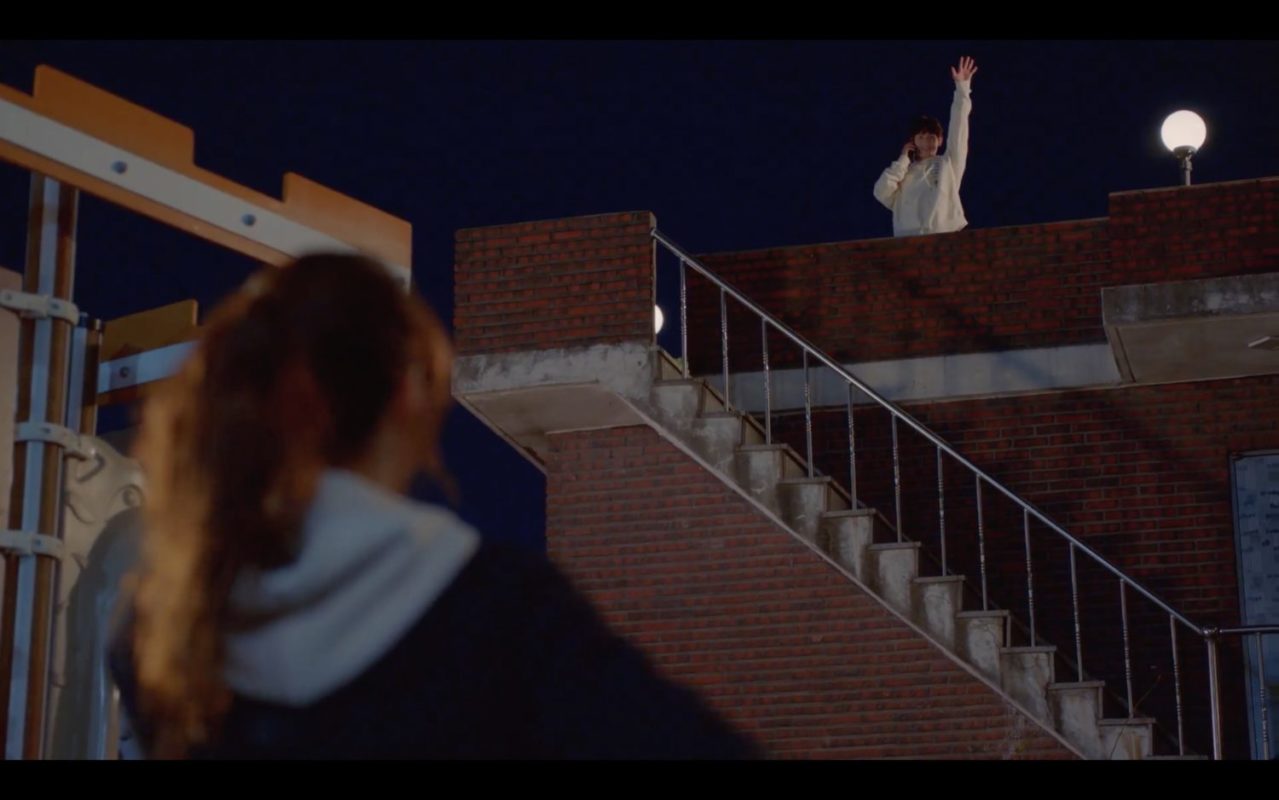 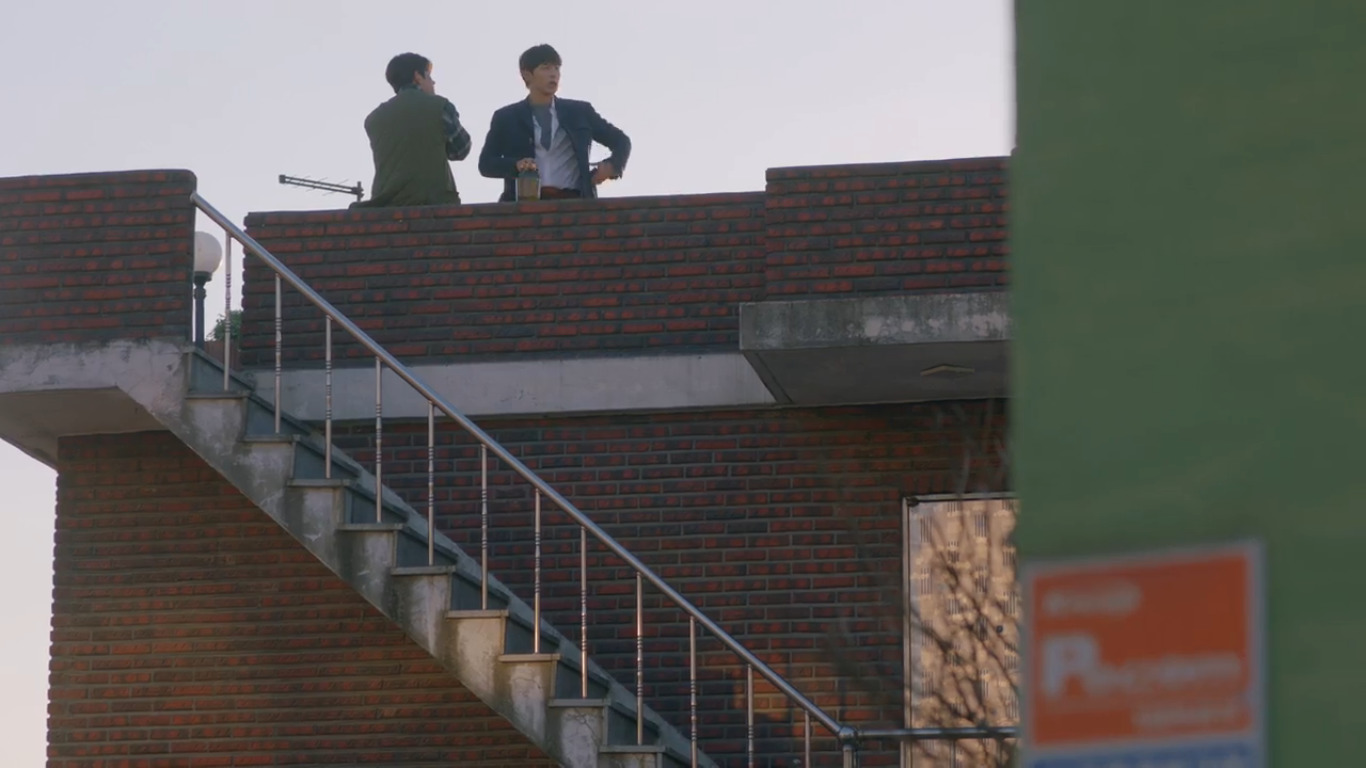 Art student Lee Young-hwa (Kang Tae-oh) lives in this rooftop house with the million dollar views of downtown Seoul, which we first see in episode 2 of Run On (런온) (JTBC/Netflix, 2020-21). When Young-hwa accidentally breaks Dan-ah’s (Choi Soo-young) bracelet, he feels guilty and gives her his rent money as compensation (not that she needs a mere 300,000 won!). In episode 10, now unable to pay his rent and with the possibility of having to move out and give up the view, he suggests that Ki Seon-gyeom (Im Si-wan) either lend him the money, or become his roommate. Seon-gyeom transfers the money, then, with the possibility to live closer to Mi-joo (Shin Se-Kyun) and walk her home regularly, he decides to move in. Dan-ah decides to cancel her painting commission, and sends her secretary to see Young-hwa and to return his money.

This private house is adjacent to the Naksan Sangsang Children’s Park and Playground [낙산어린이공원], and the Jogyesa Buddhist-operated Naksan Day Care Centre [낙산어린이집] — the green and yellow building as seen in episode 10 of Run On in Seoul’s neighborhood Changsin [Changsin-dong/창신동] in the Jongno District [Jongno-gu/종로구]. The residents have access via Changsin 12-gil [창신12길] (the street below) and from behind the Playground (seen in Run On). The Children’s Park also hosts a market on the first Sunday of each month.

If you’d like to experience a similar view (but with coffee and cake) check out Café Camel at Changshin Quarry Viewing Gallery ​[창신동 채석장 전망대].

Getting here
Changsin Station [창신역], Seoul Subway Line 6, Exit 4
➜ From here, take Jongno 03 town bus (green) to Naksan Intersection [낙산삼거리, #08-462] for 6 stops.
➜ The entrance to the park is opposite the bus stop, walk past the Naksan Day Care Centre to the Playground.