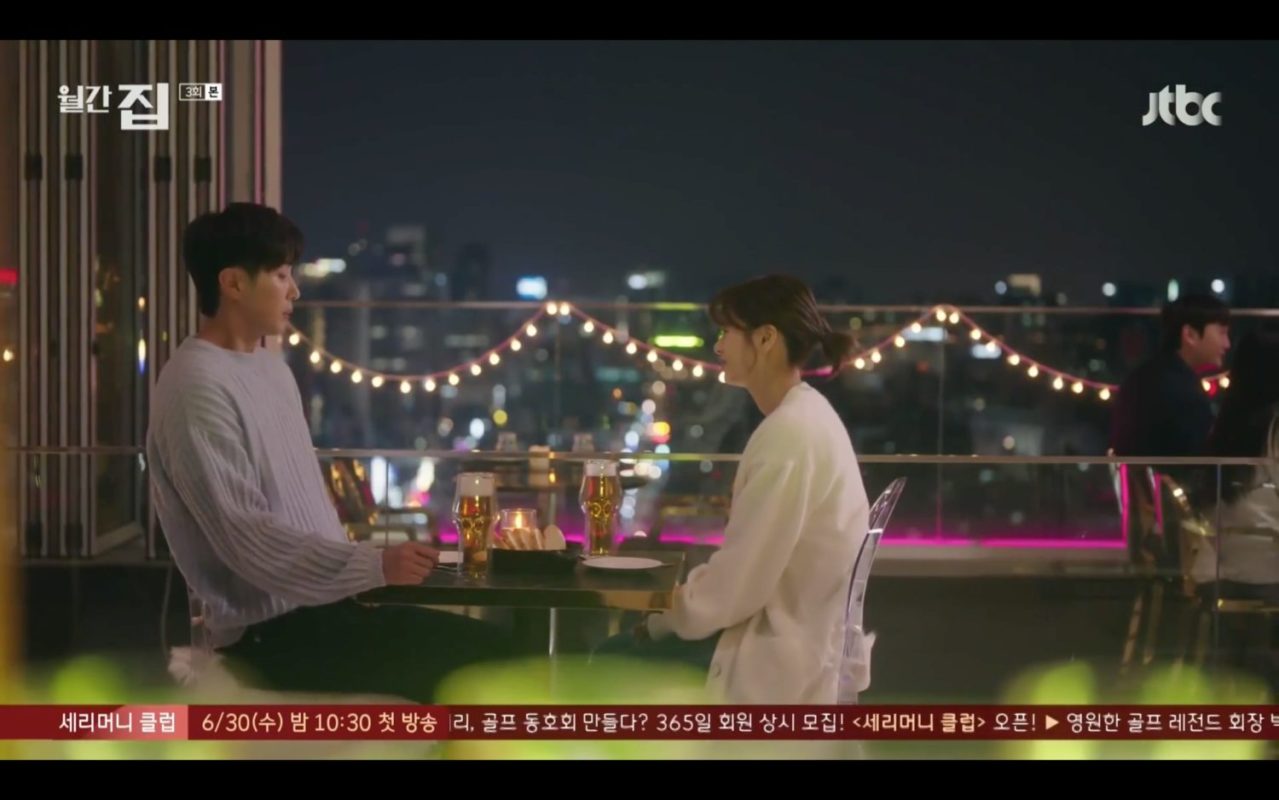 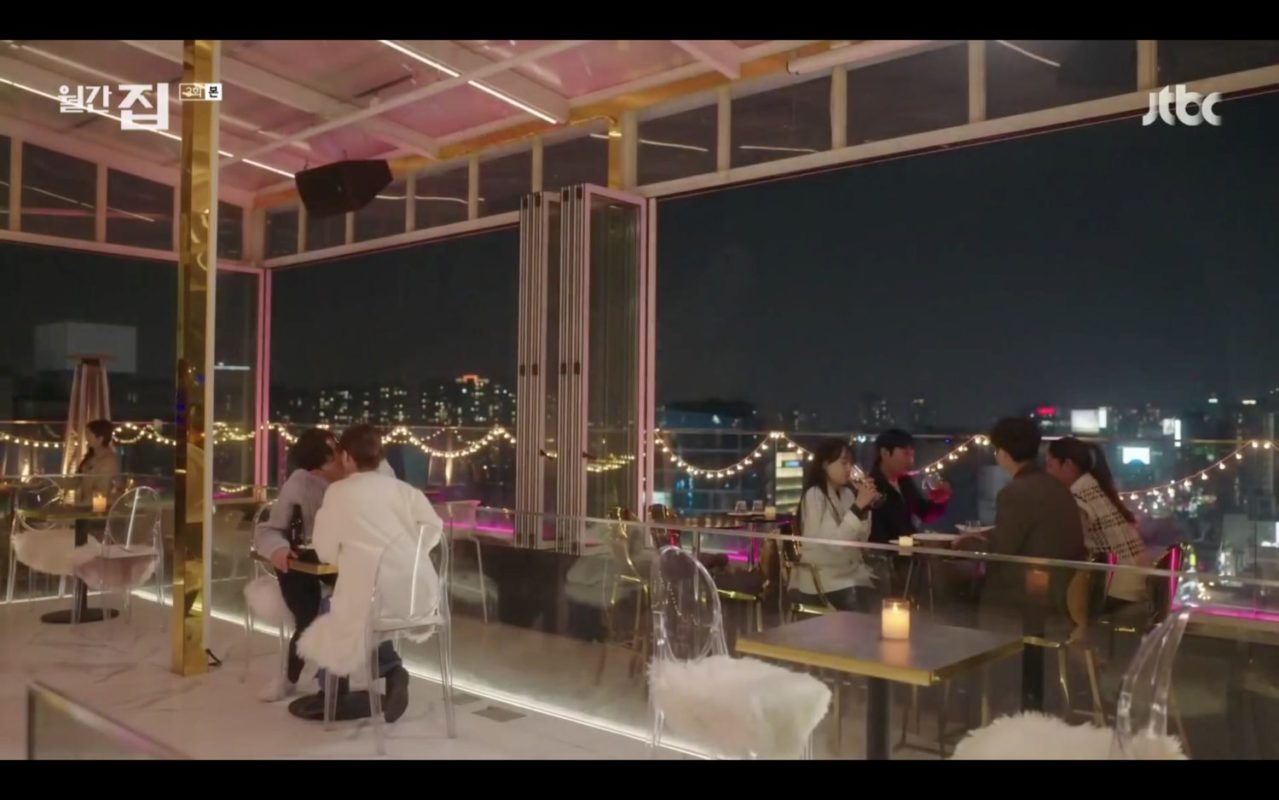 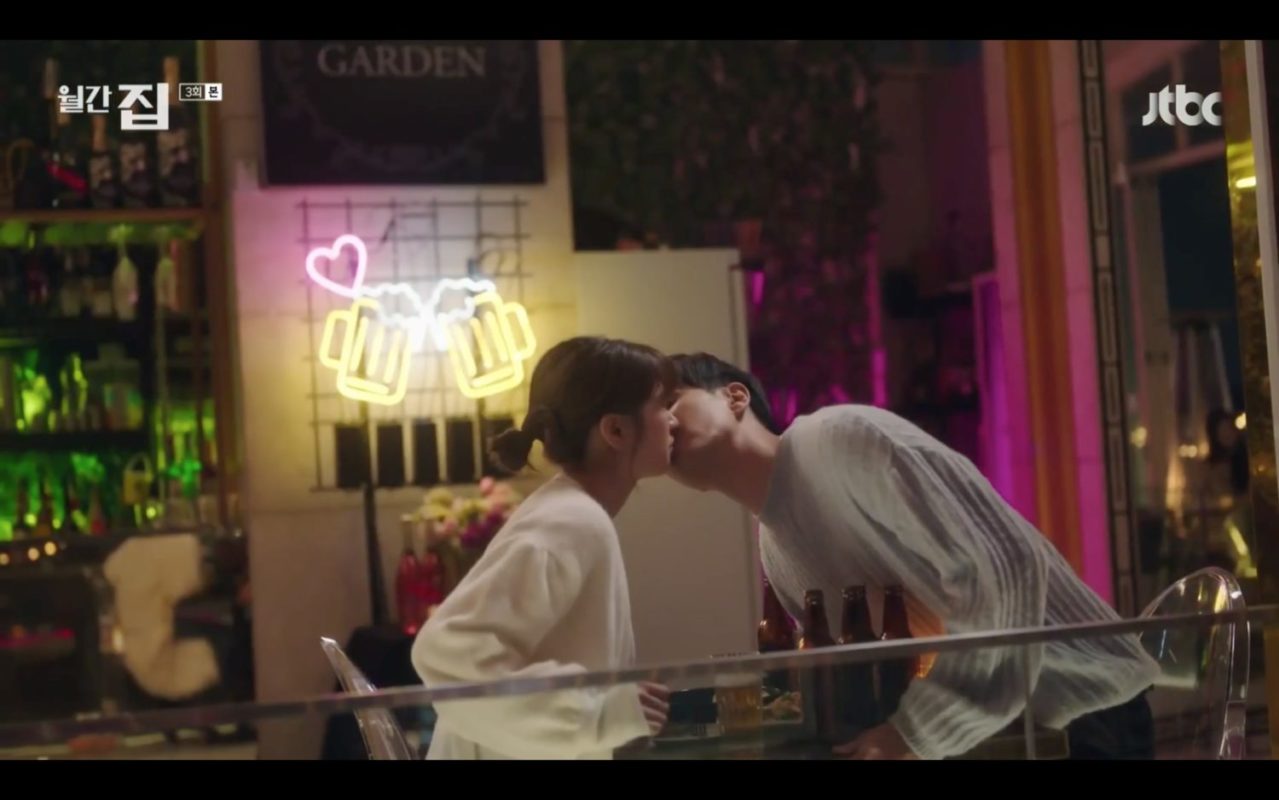 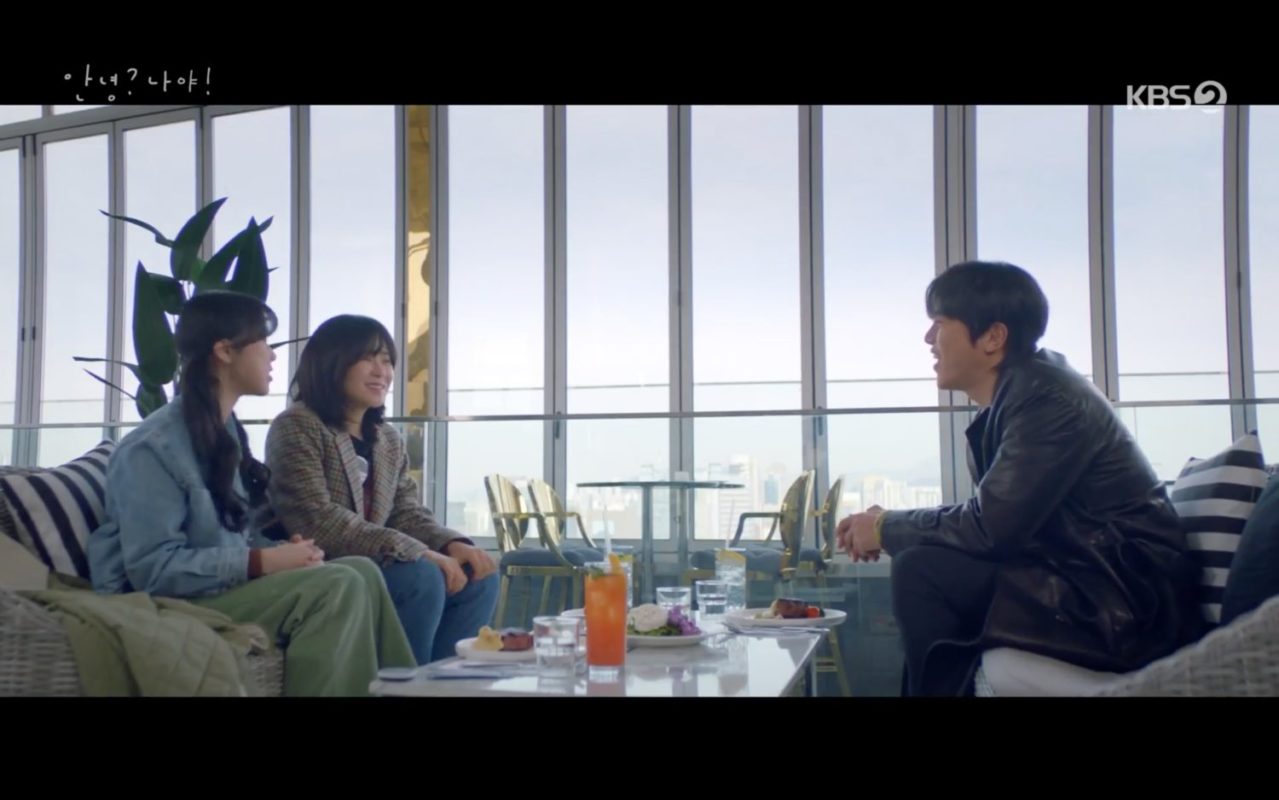 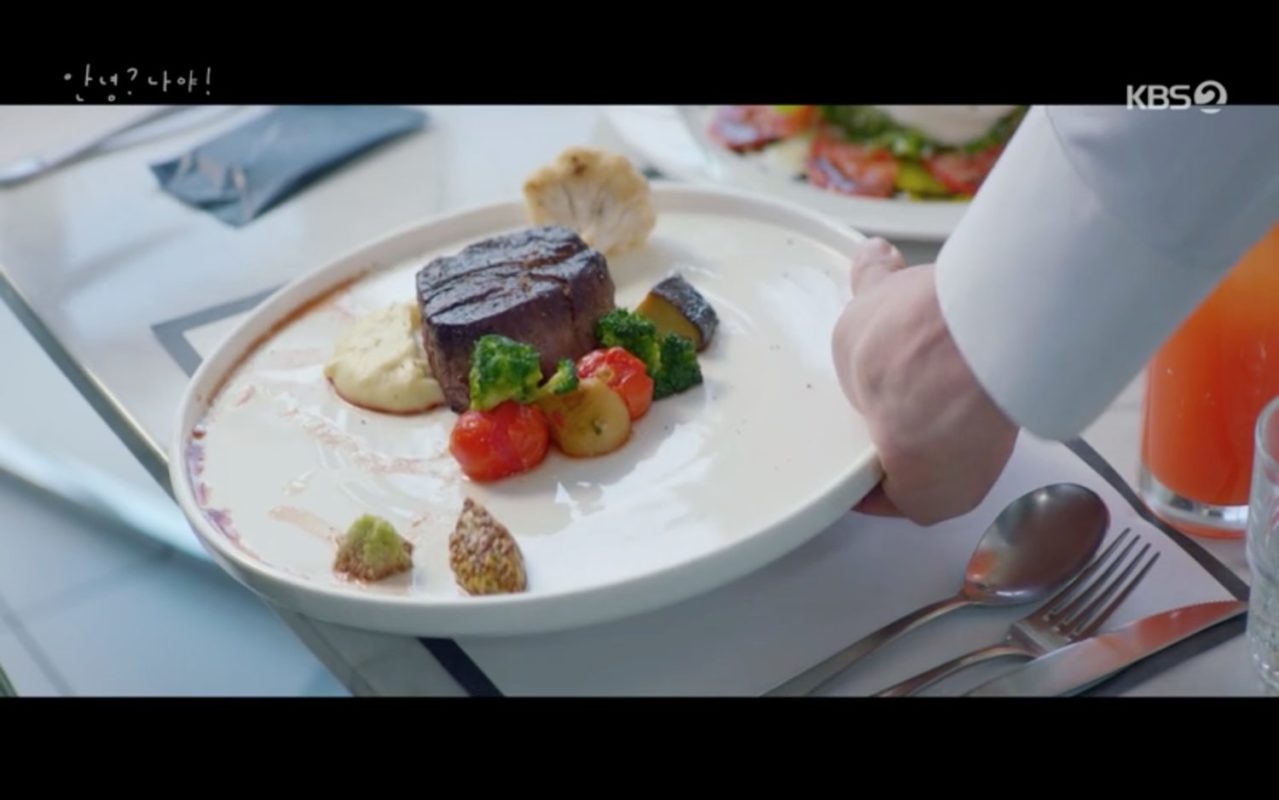 Yoo Ja-sung (Kim Ji-seok) invites Na Young-won (Jung So-min) over for a drink at this lounge in episodes 3-4 of Monthly Magazine Home/Monthly House (월간 집) (JTBC, 2021) to cheer her up. All of a sudden, she wonders if he really likes her (as she was previously told) and imagines how he leans in to kiss her.

Hotel The Designers — LYJ Gangnam Premier [호텔더디자이너스 리즈강남프리미어], opened in September 2015, is a located in Seoul’s neighborhood Nonhyeon [Nonhyeon-dong/논현동] in the Gangnam District [Gangnam-gu/강남구]; just a few steps away from Urban Hive [어반하이브].

The hotel’s rooms were designed by singer Kim Wan-sun and entrepreneur Kim Jun-hee, which was also their debut as interior designers. Conferring the interior design to non-experts is a usual marketing strategy of the Hotel The Designers Group. The hotel’s architect appears to be the firm SML, which designed the hotel’s Urban Cabin and Aerial Rooftop Lounge, and has had its designs for the hotel featured in the March 2016 issue of Interiors Korea magazine.

This hotel’s rooftop lounge and bar Merry Garden [메리가든] is located on the 13th floor of this hotel. It offers basic Western cuisine (salads, pastas, steaks, wine and cocktails) and can also be rented for events. The Dessert 39 [디저트39] branch that is located on Floor 1 of this hotel was decorated by graffiti artist BFMIN (Beommin/범민).