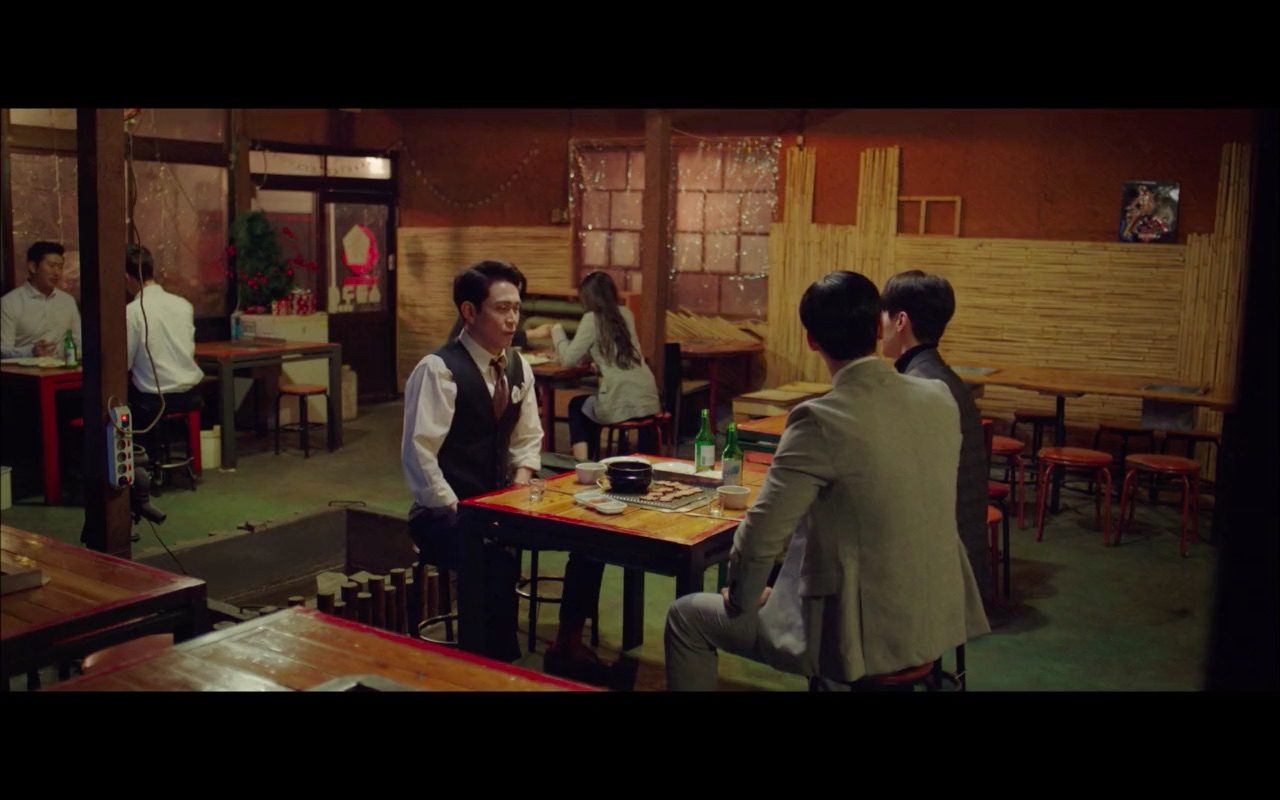 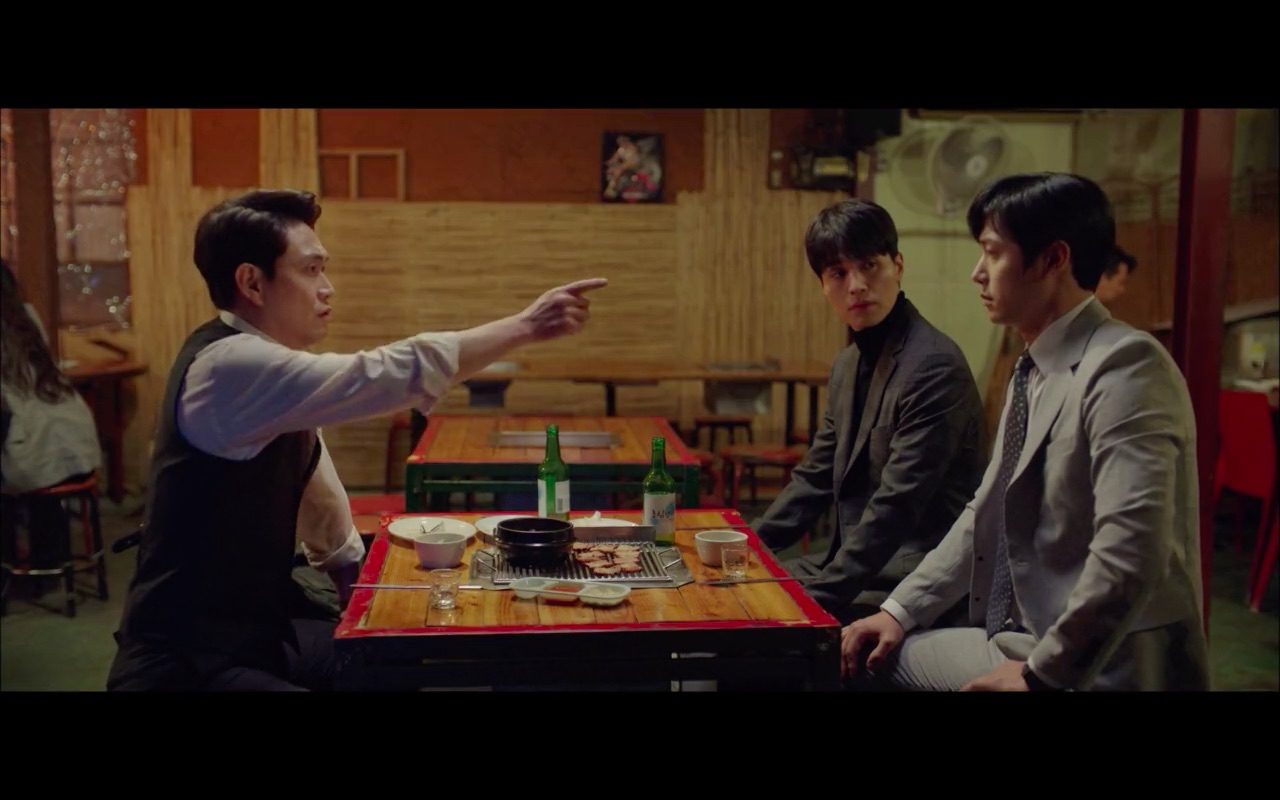 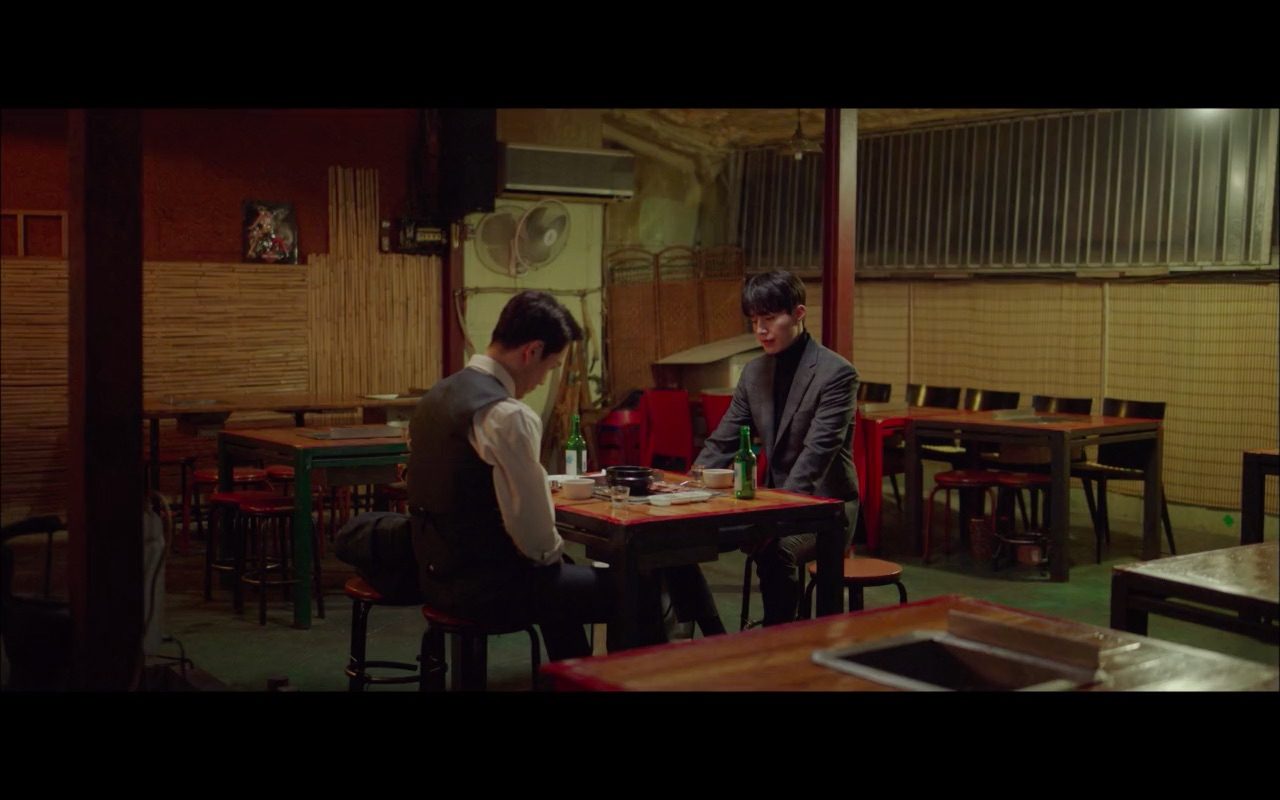 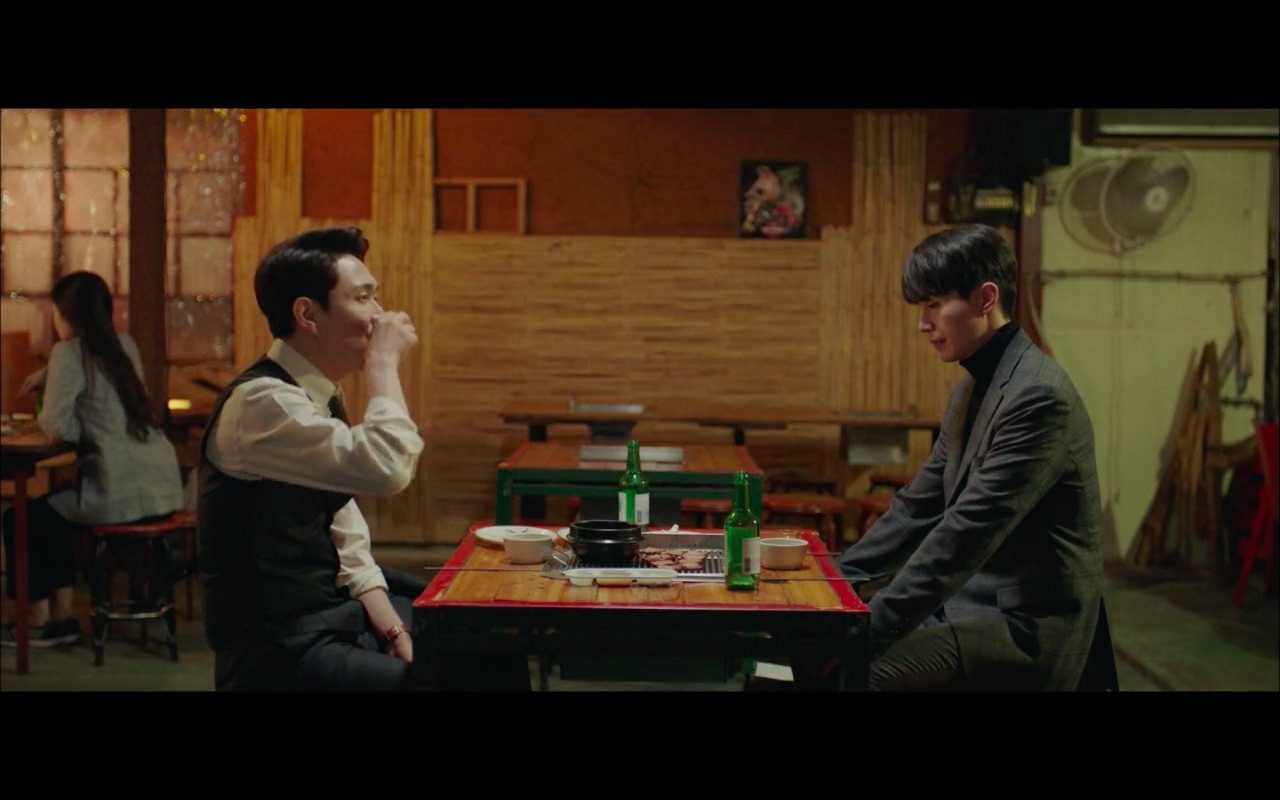 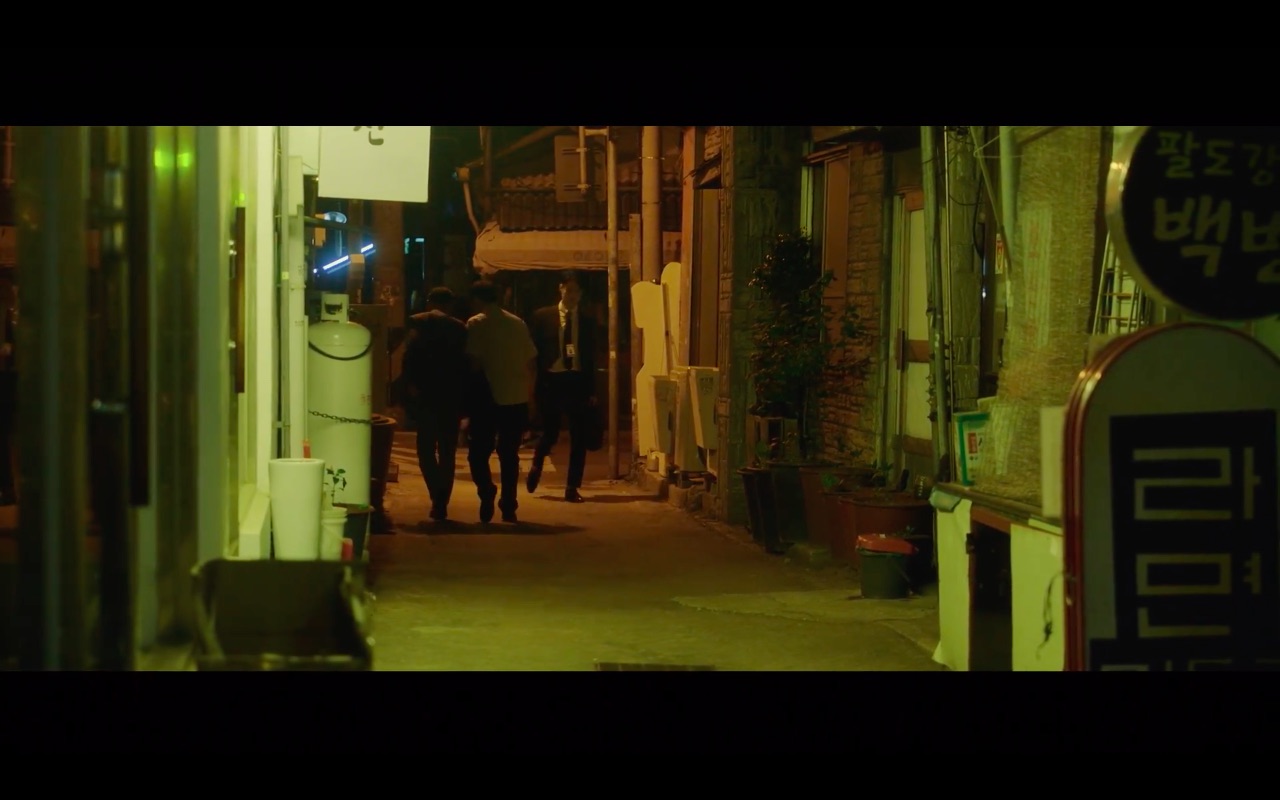 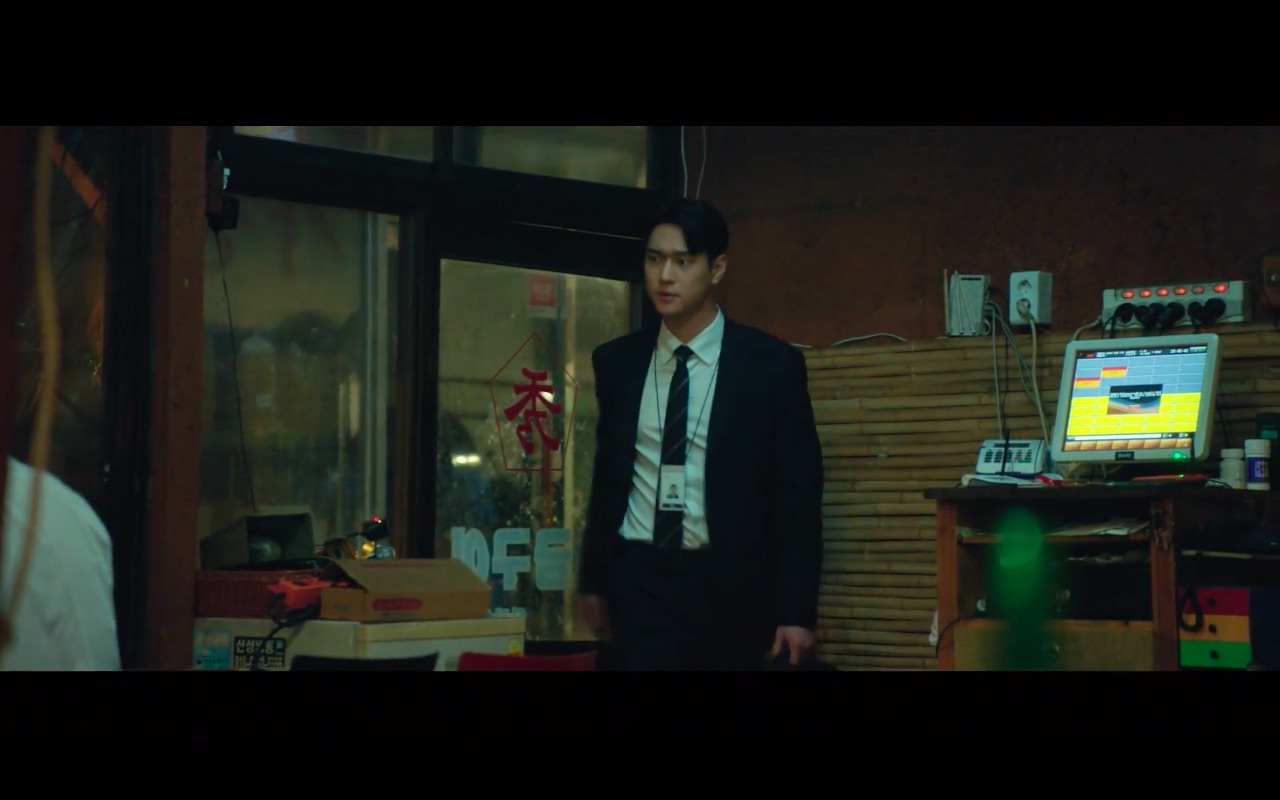 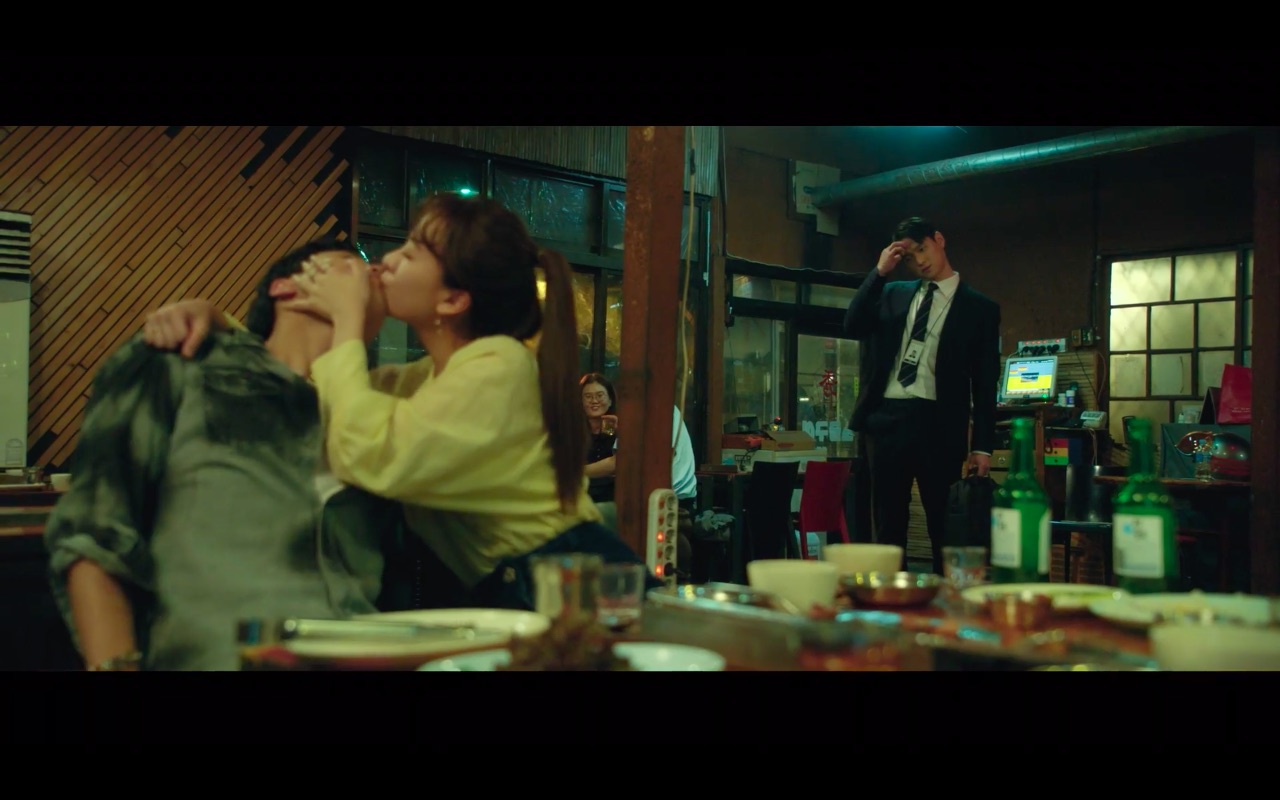 Lee Jung-hwan (Go Kyung-pyo) heads to this eatery in episode 3 of Private Lives/Private Life/Sasaenghwal (사생활) (JTBC, 2020), after receiving a message from his secretary, Ko Hye-Won (Song Sang-Eun) that she would wait till he arrives. Upon his arrival, however, Jung-hwan sees her locked in a passionate kiss with Choi Yoon-Seok (Jang Won-Hyuk), which she eventually blamed on the soju.

Kwon Jung-rok (Lee Dong-wook) comes here after receiving a call from Kim Se-won (Lee Sang-woo) in episode 14 of Touch Your Heart/Reach of Sincerity (진심이 닿다) (tvN, 2019) after saying that there’s “someone who wants to meet him”. Upon reaching, he finds his boss, Yeon Joon-gyu (Oh Jung-se) with Se-won. Both men are awkward because of the disagreement between them, but Se-won insists that they work out their differences, eventually leaving both of them alone together. Joon-gyu begins to talk about how he feels about the whole situation, and tells Jung-rok that he didn’t wish to see him crumble like 5 years ago, when he chose to expose his law firm for manipulation. But, Joon-gyu continues, “Let’s walk this together. No matter how hard it is, let’s go through this together.” And the two reconcile with a clink of their glasses.