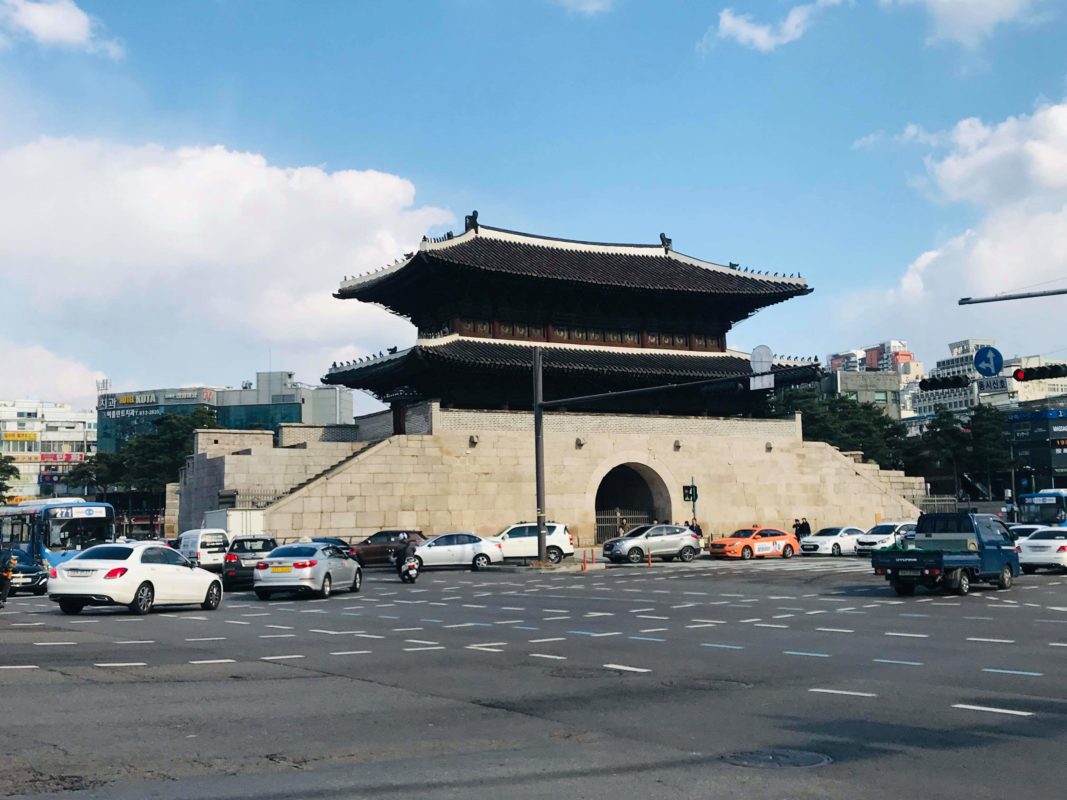 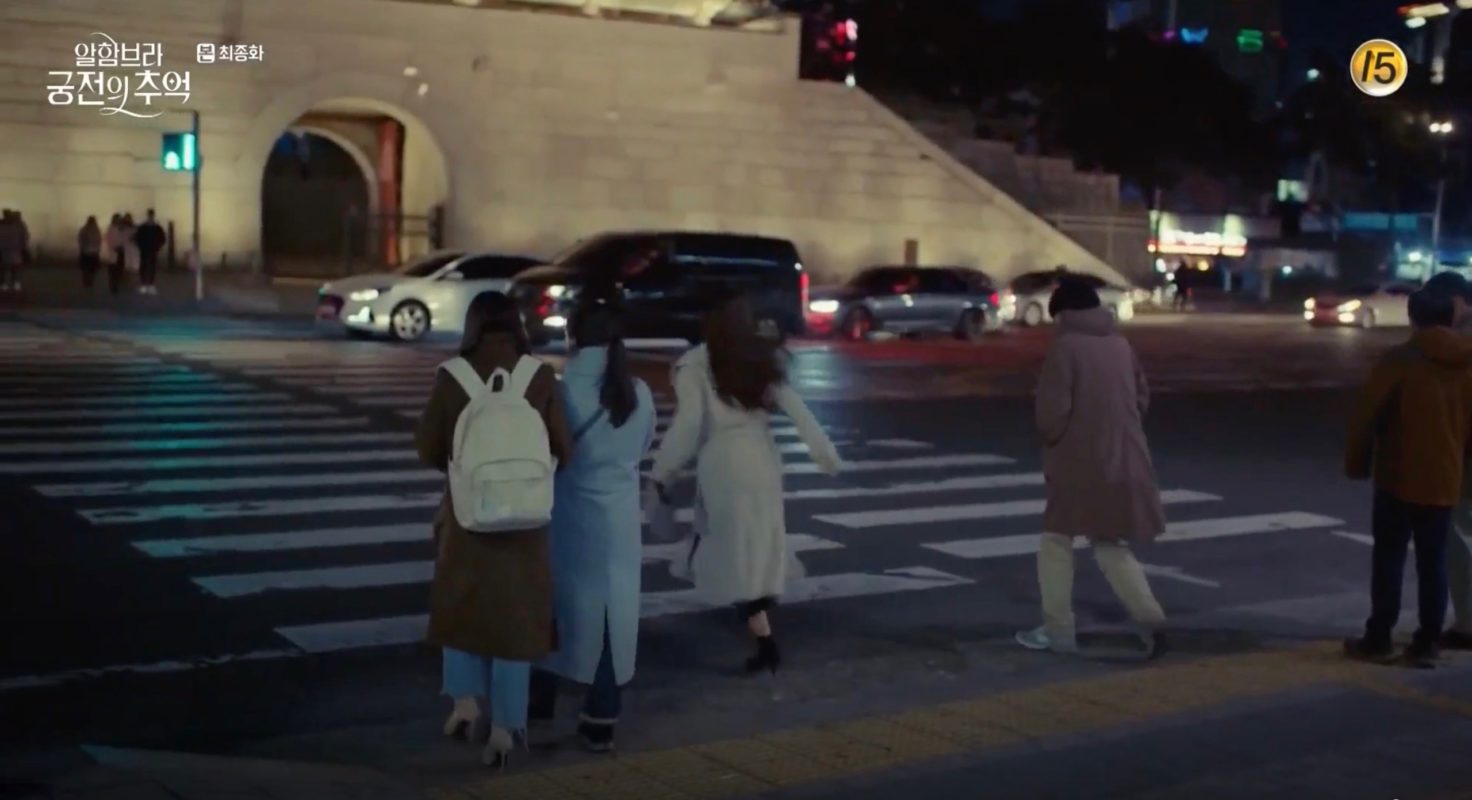 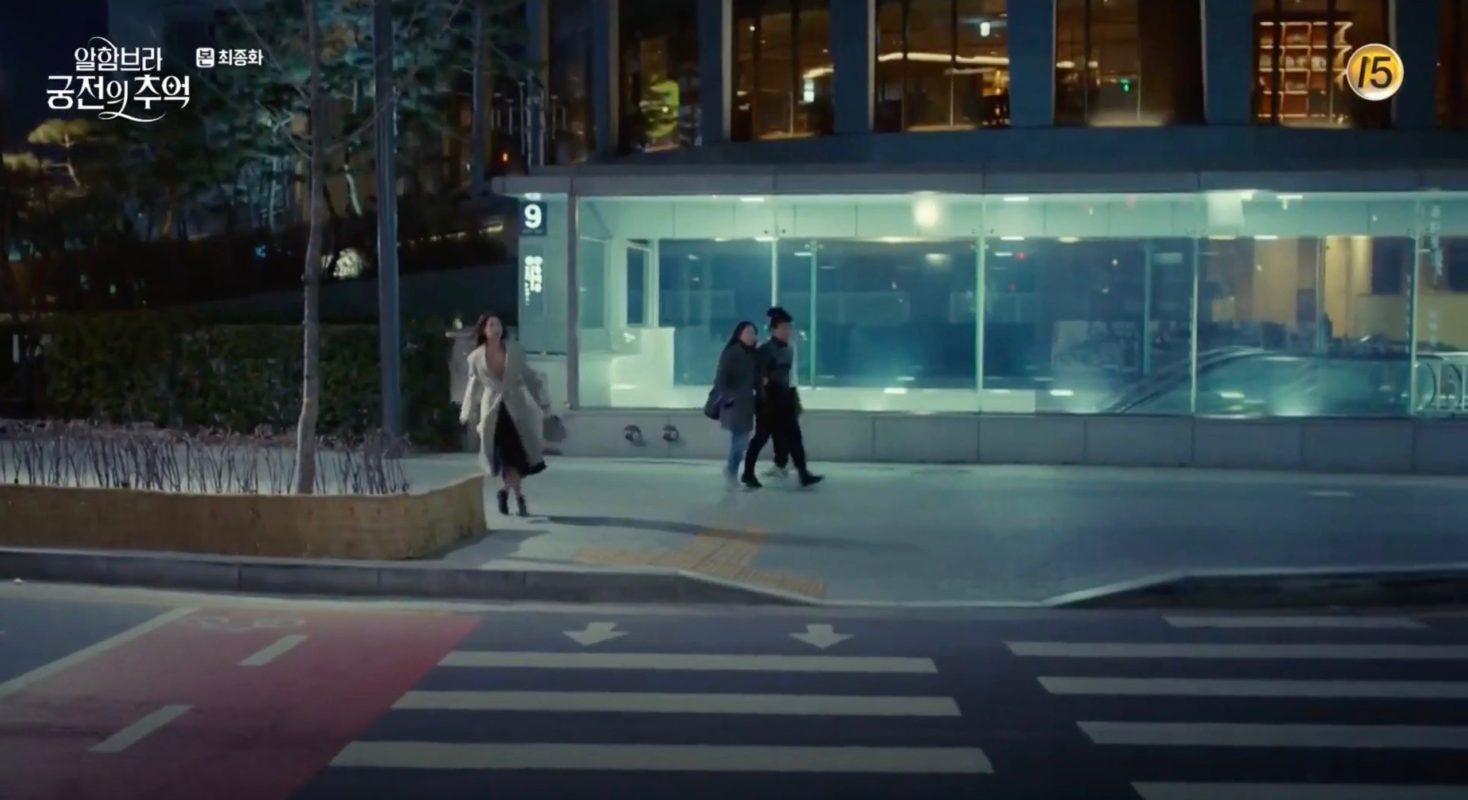 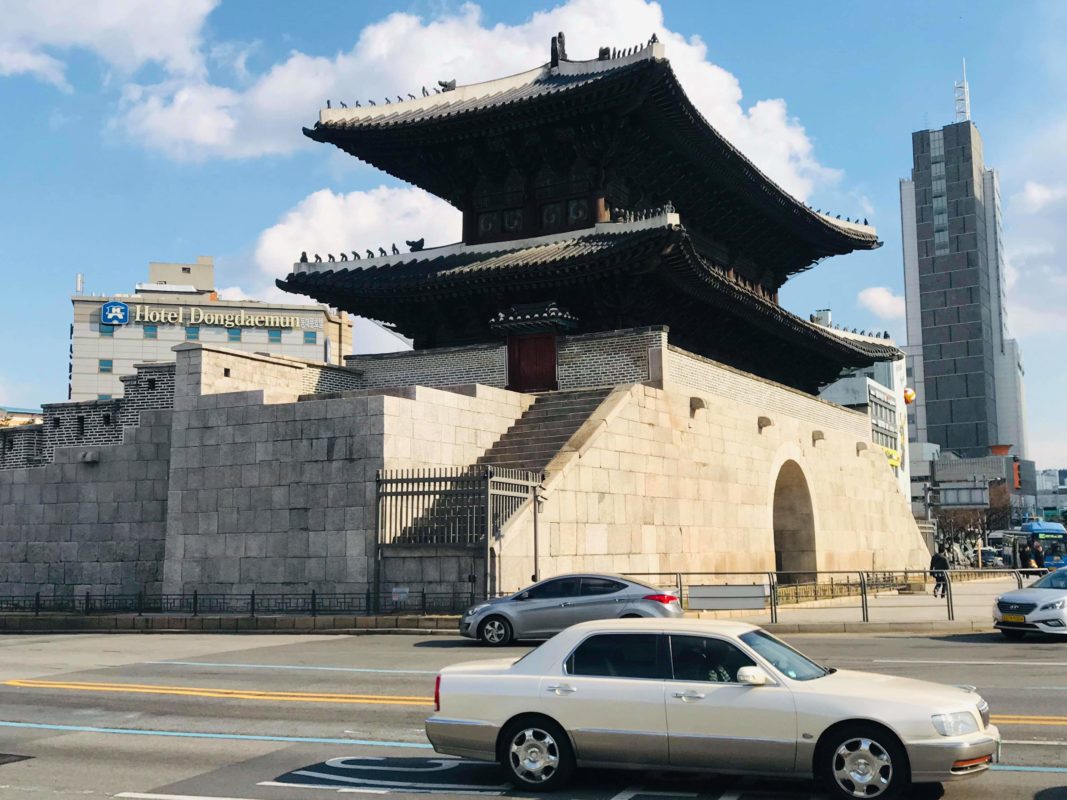 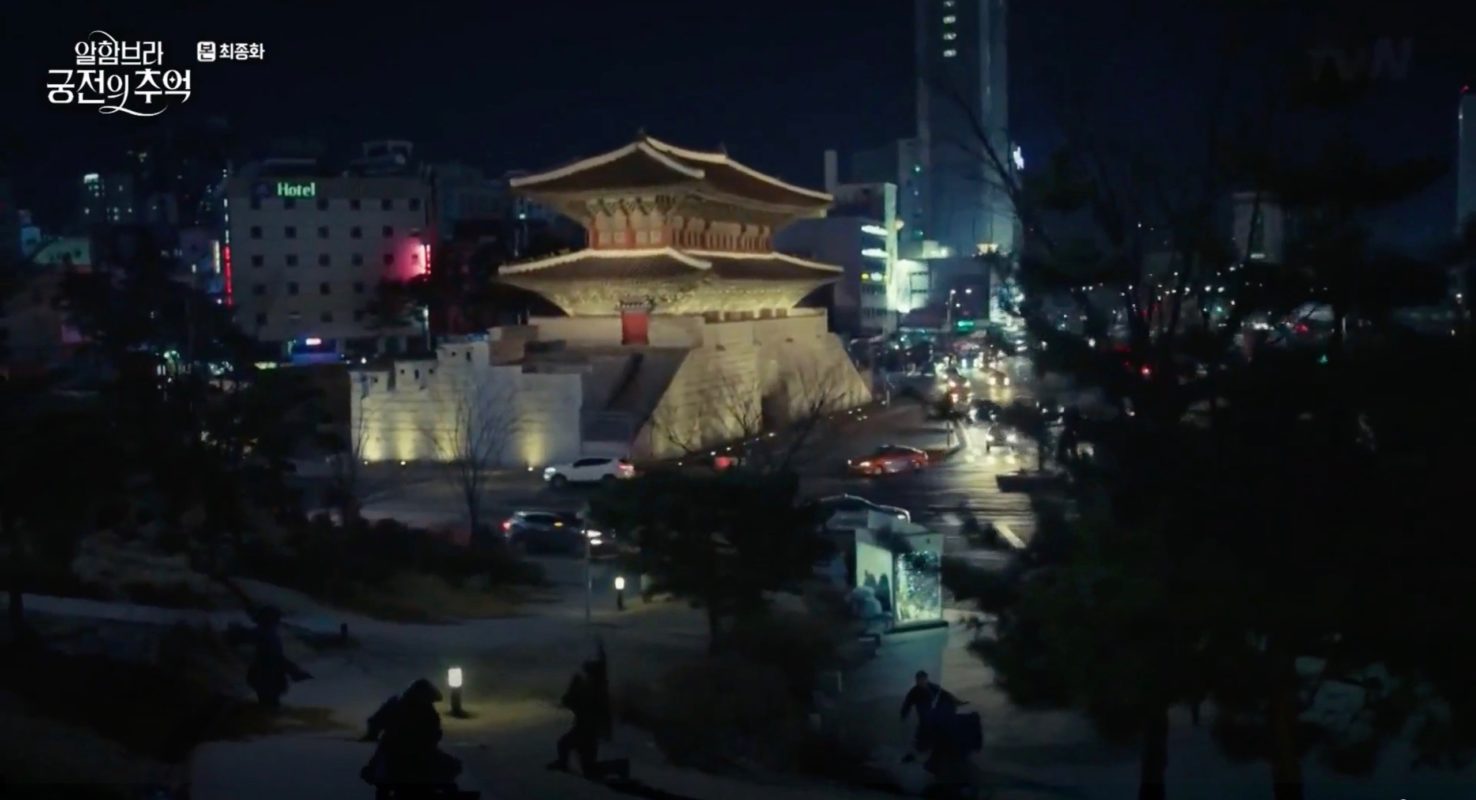 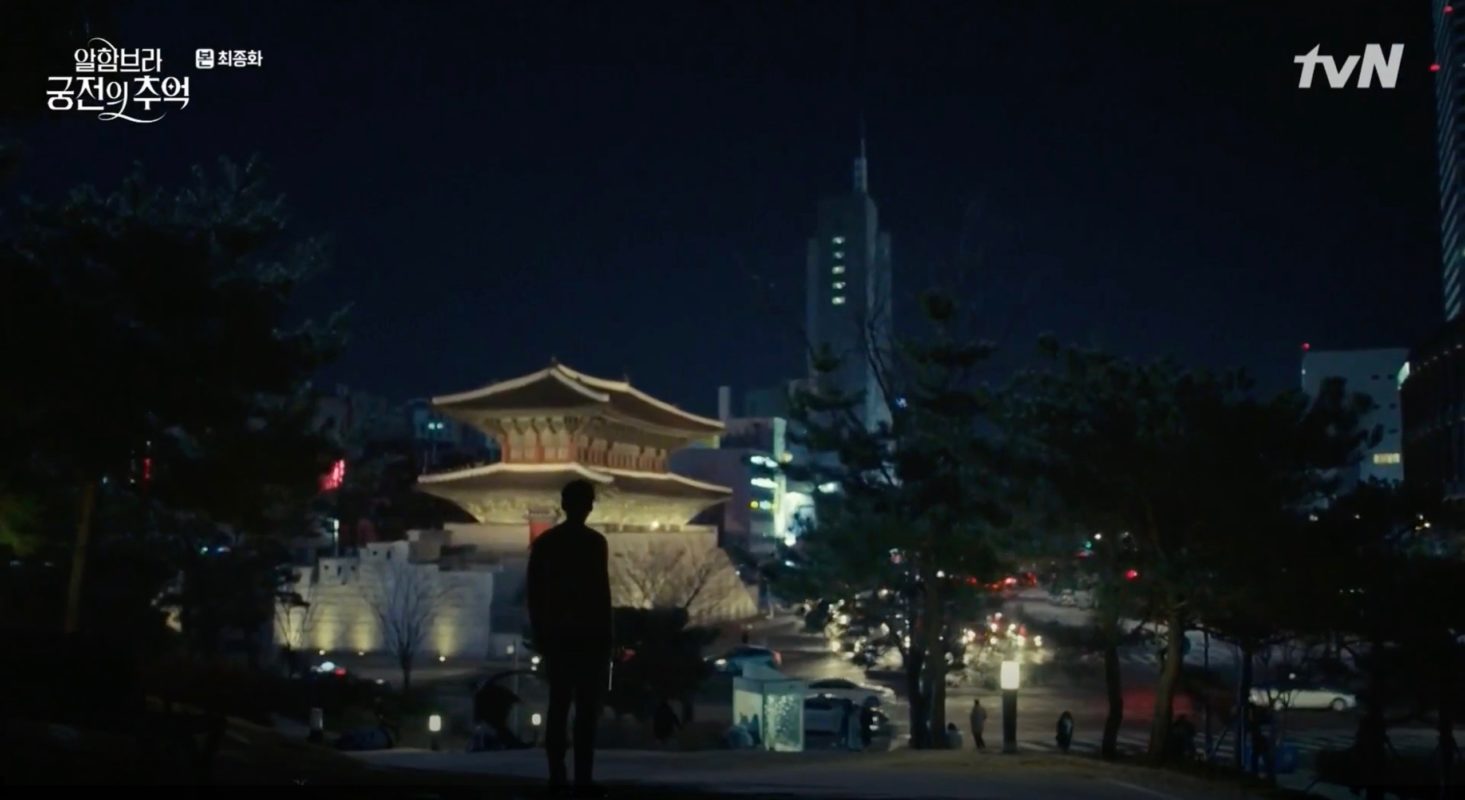 Jung Hee-joo (Park Shin-hye) rushes here in the ending scene of final episode 16 of Memories of the Alhambra (알함브라 궁전의 추억) (tvN, 2018-19) because she heard that Yoo Jin-woo (Hyun-Bin) might be here. When running over the crosswalk in front of this gate, she enters AR game Next, while Jin-woo shots his adversaries in Next in a park located on the other side of this gate.

Heunginjimun Gate or Dongdaemun Gate [흥인지문], literally “Gate of Rising Benevolence”, is — next to Sungnyemun Gate / Namdaemun Gate [숭례문 / 남대문] — one of the still existing of the formerly eight gates of Hanyangdoseong (한양도성/漢陽都城) (literally The Seoul City Wall or Fortress Wall of Seoul — also known as Hanyang City Wall). It was erected during the Joseon Dynasty at the end of the 14th century and served as the main gate for eastern Seoul as its Korean name Dongdaemun, i.e. Great East Gate, points to. Nowadays, this gate is starting/end point of the 1.8km-long Heunginjimun Gate Trail, which is part of the Seoul City Wall trail.

The gate is located in Seoul’s neighborhood Jongno-5.6 ga-dong [종로5.6가동] in the Jongno District [Jongno-gu/종로구].