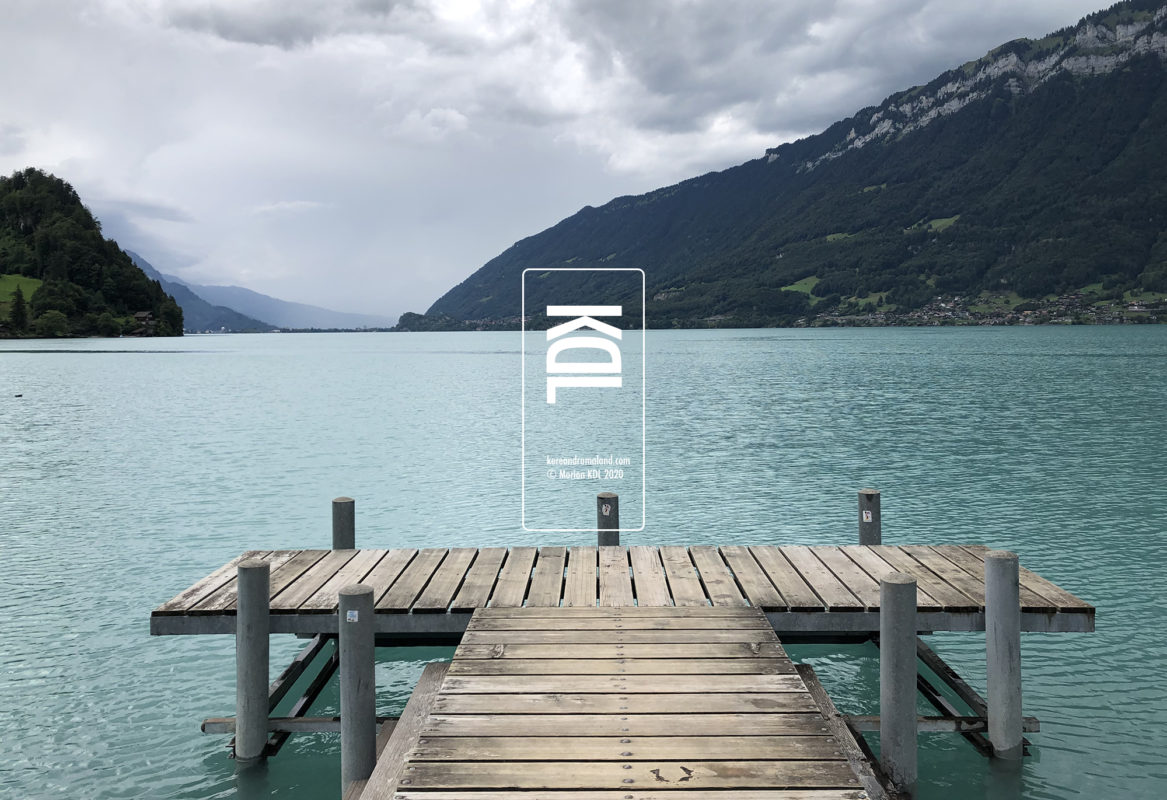 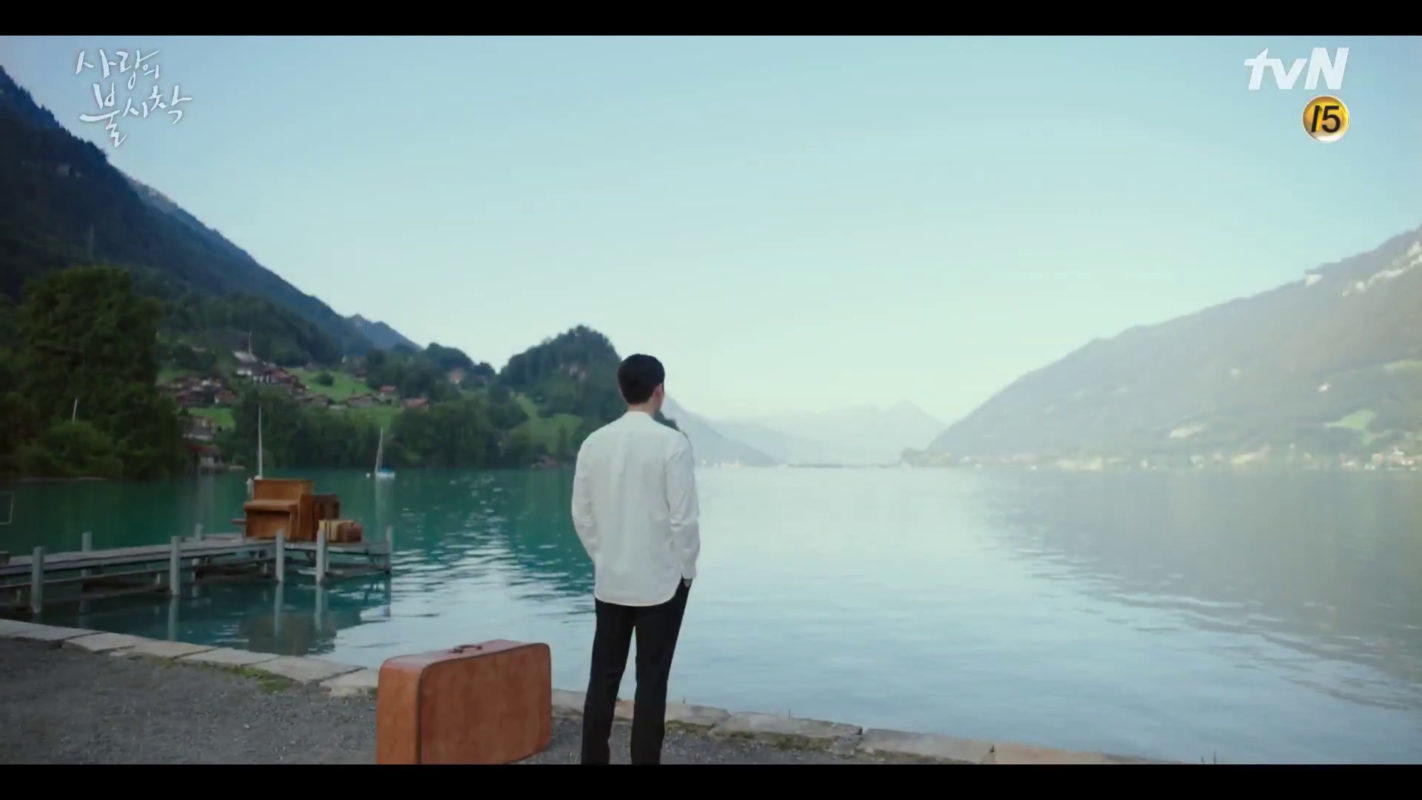 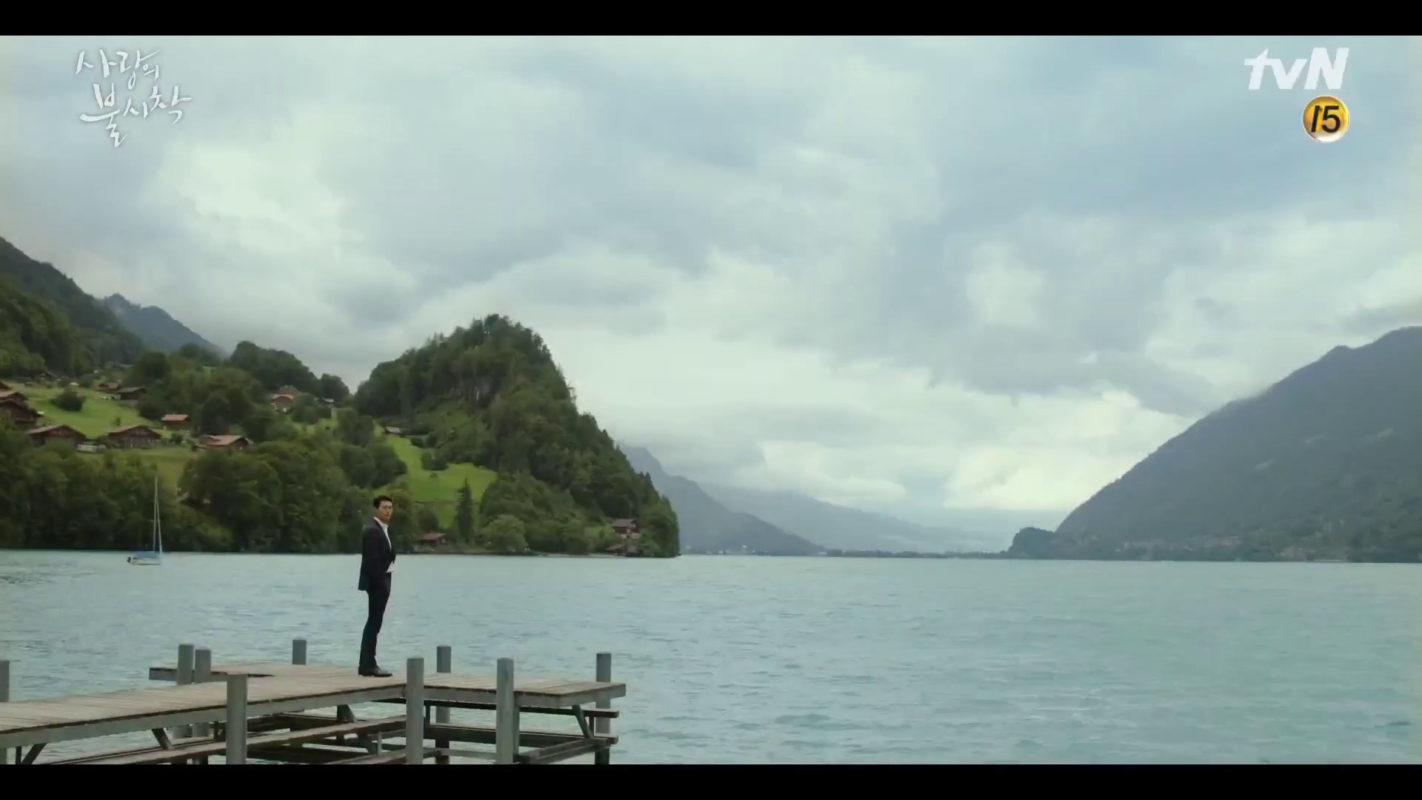 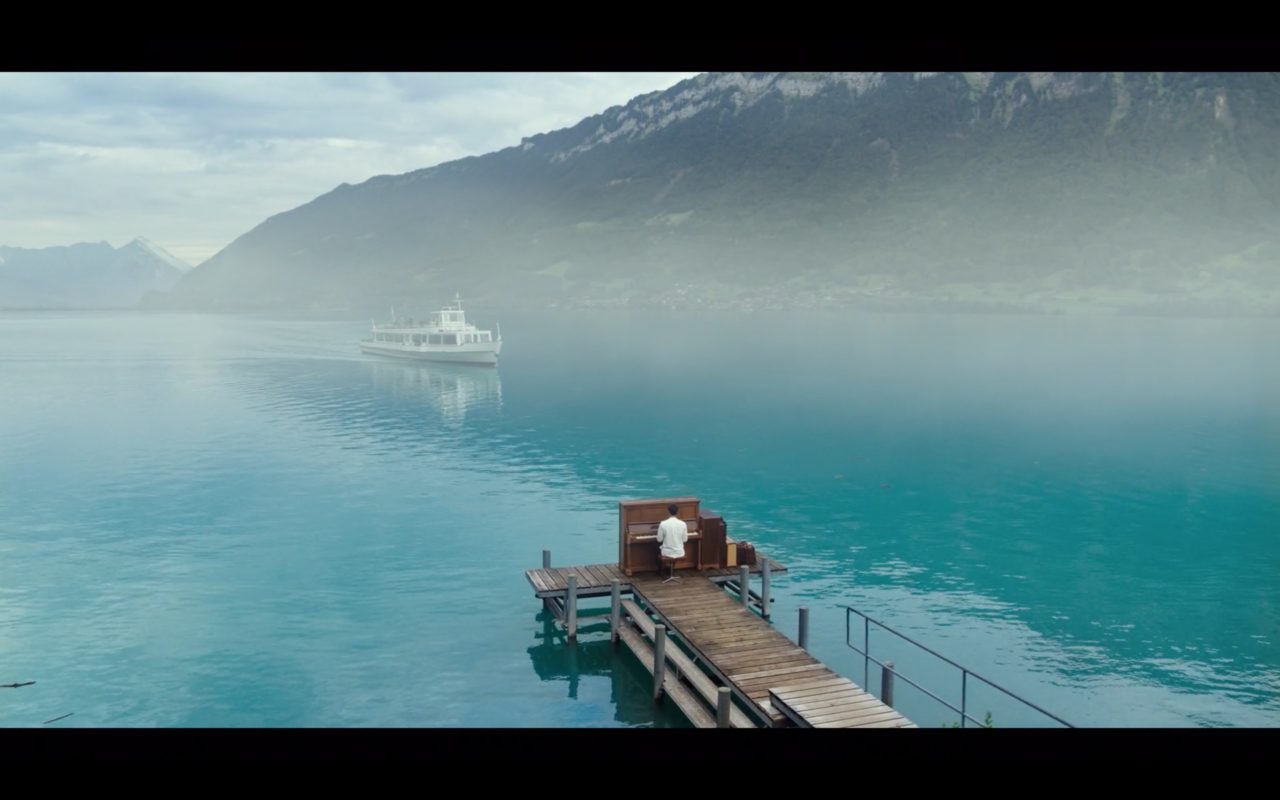 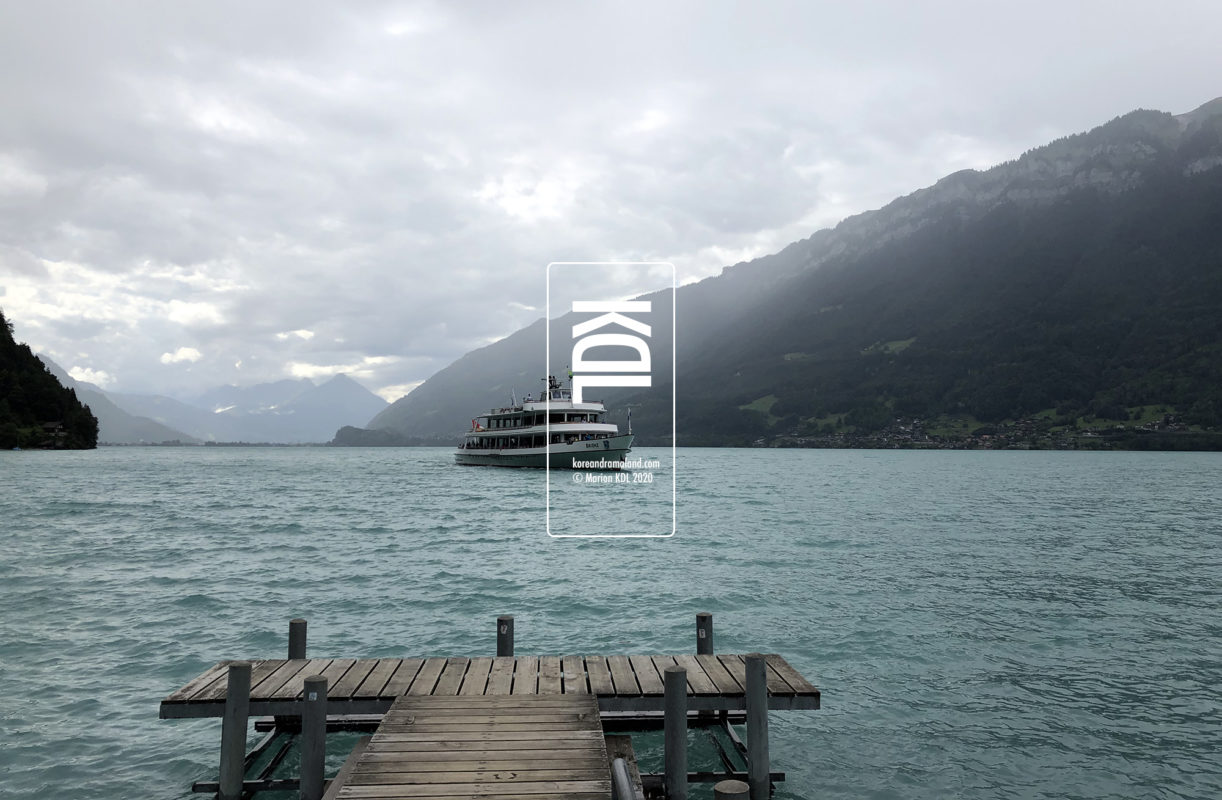 In episode 3 of Crash Landing on You (사랑의 불시착) (tvN, 2019-20), Ri Jeong-hyeok (Hyun Bin) thinks back to his time in Switzerland when he played the piano on this landing stage.

In the teaser of Crash Landing on You (사랑의 불시착) (tvN, 2019-20), Ri Jeong-hyeok (Hyun Bin) stands here on the shore of Brienzersee.

This landing stage sits in the village of Iseltwald at the southern shores of Lake Brienz, Switzerland. It is located right in front of the private residences Seepark Iseltwald and next to the boat’s stop Harbor Iseltwald [Anlegestelle Iseltwald (See)]. The latter is served by the privately owned public transportation company BLS (seen also in Crash Landing on You). The three-star Strandhotel Iseltwald am Brienzersee is located right at this harbor, which is a 10 min. car ride away from Interlaken.