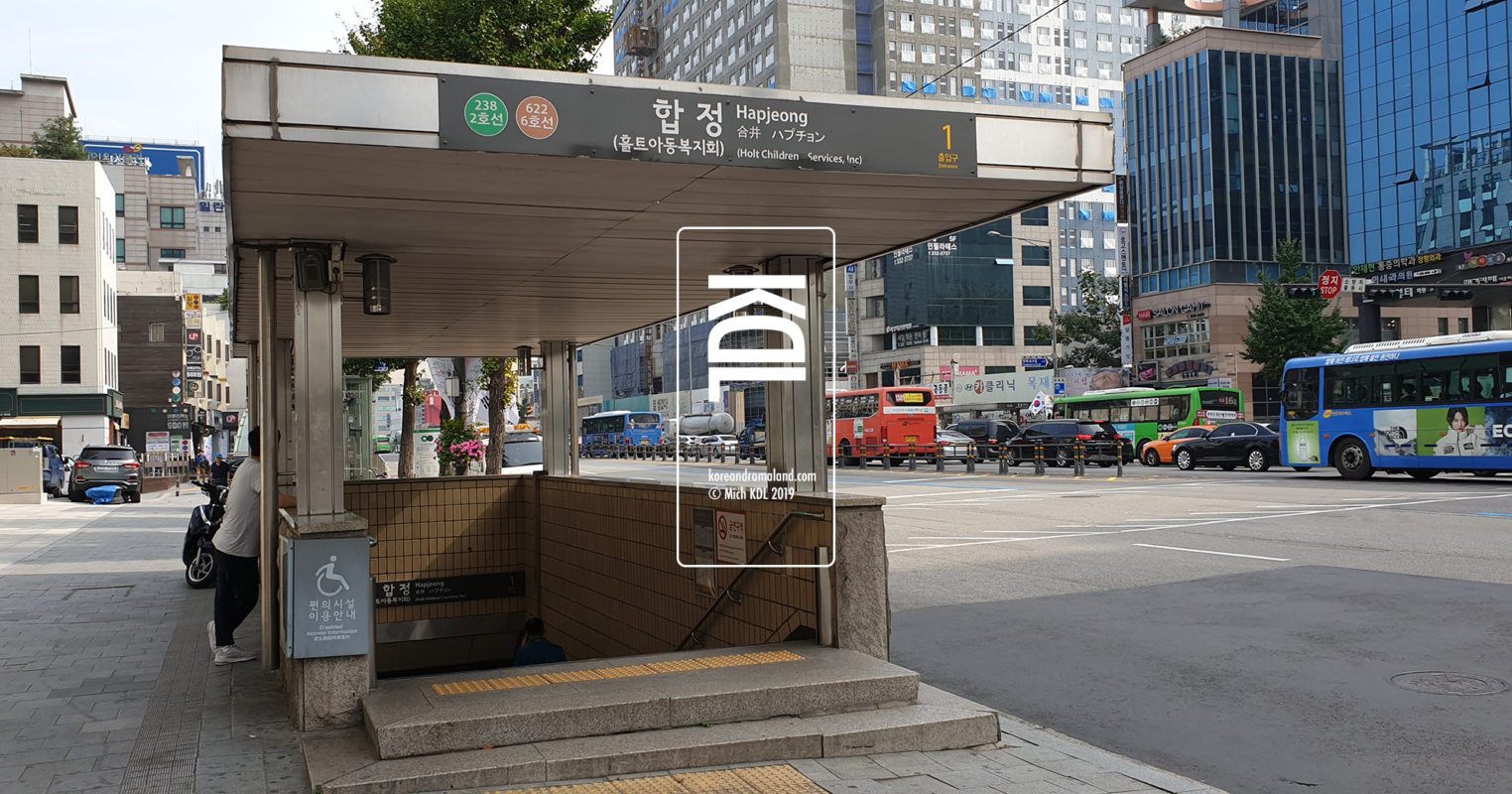 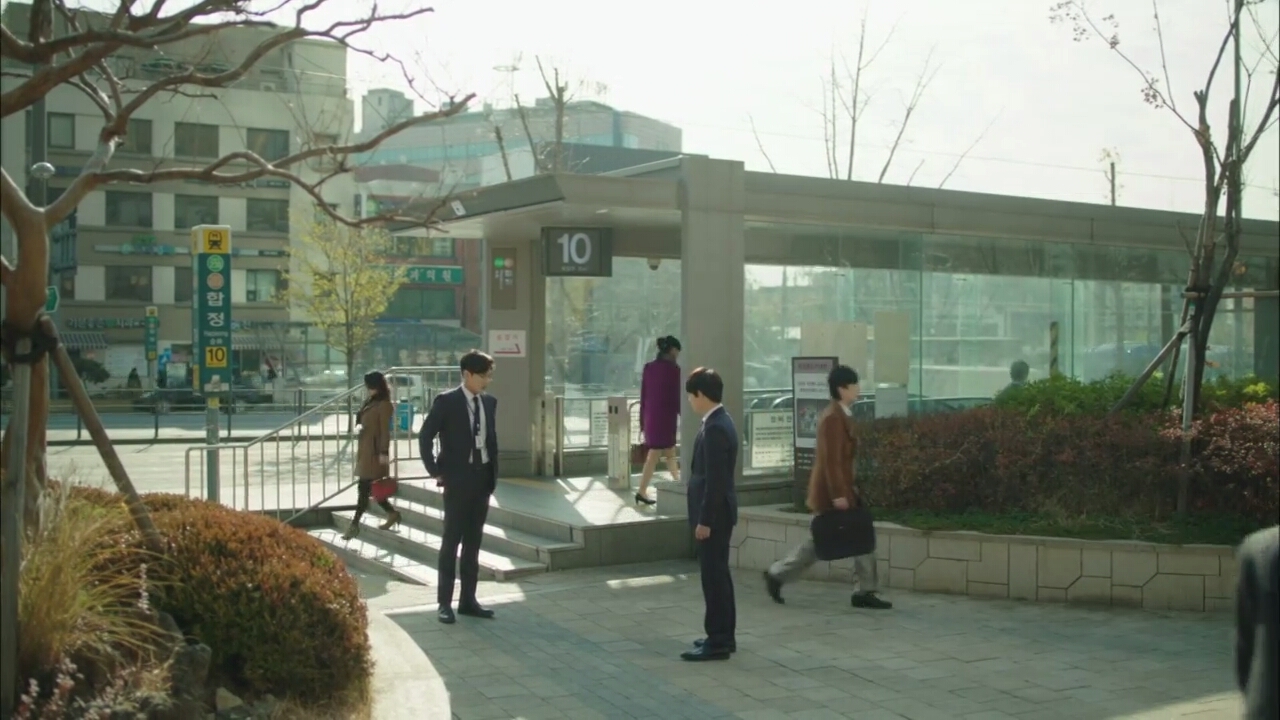 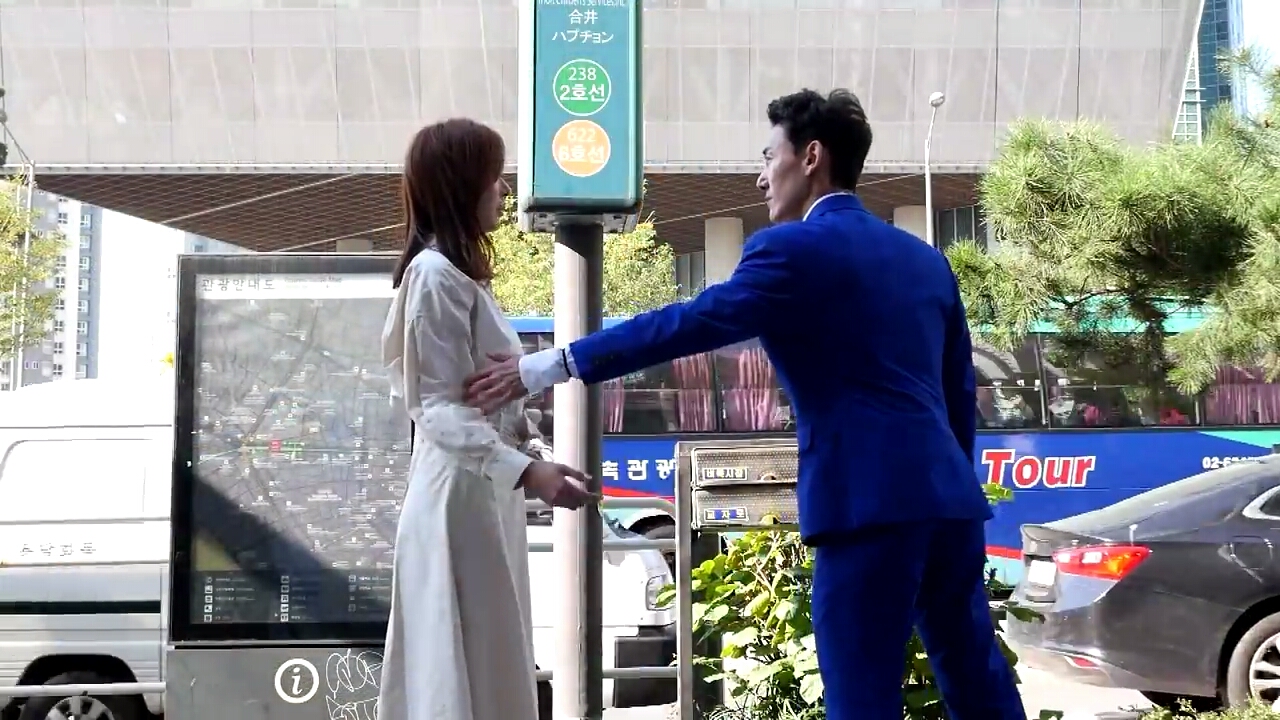 Episode 93 of YouTube series Workman [워크맨] (Lululala, 2019-present) was filmed outside Exit 3, where guest host Bibi was told that she’ll be experiencing what it’s like to be a bartender at a bar in this vicinity.

Episode 10 of YouTube series Walkman — a spin-off of Workman [워크맨] (Lululala, 2019-present) — was filmed outside Exit 3, where host Jang Sung-kyu was told that he was going to evaluate a condom company.

Hapjeong Station [합정역], opened in 1984, is a subway station that serves Seoul Subway Lines 2 and 6, and carries the respective numbers 238 and 622. This station is located in Seoul’s neighborhood Hapjeong [Hapjeong-dong/합정동] in the Mapo District [Mapo-gu/마포구]. Would U Like& Coffee – Hapjeong Station Branch [우주라이크커피 합정역점], Delight Square [딜라이트스퀘어], and Kao Kao Pub [카우카우펍] are located in very short walking distance to/from here.