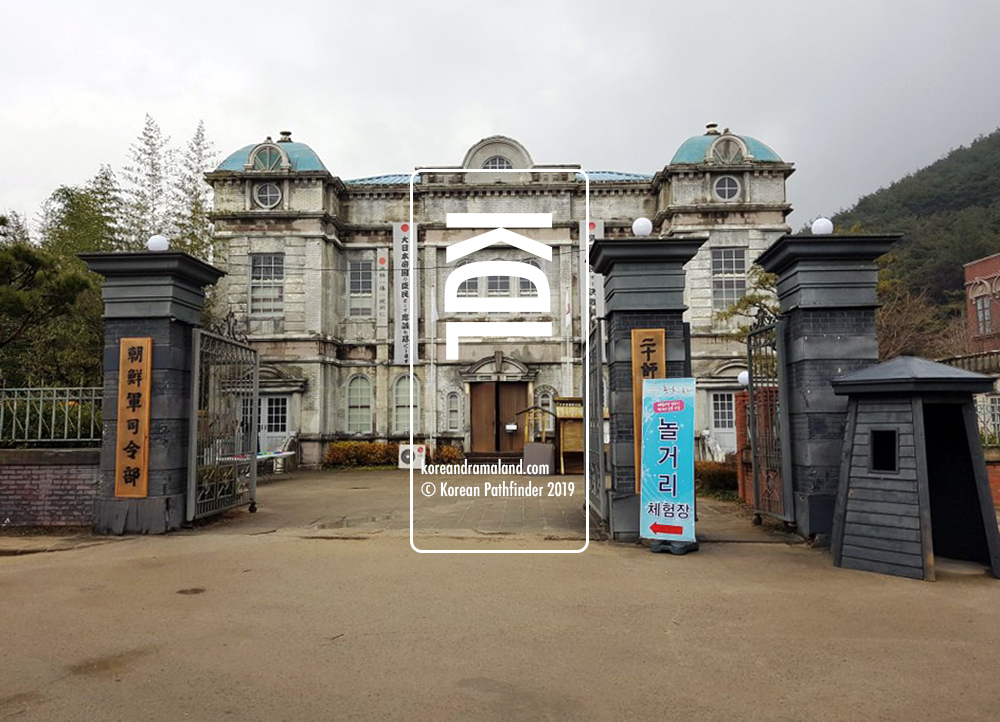 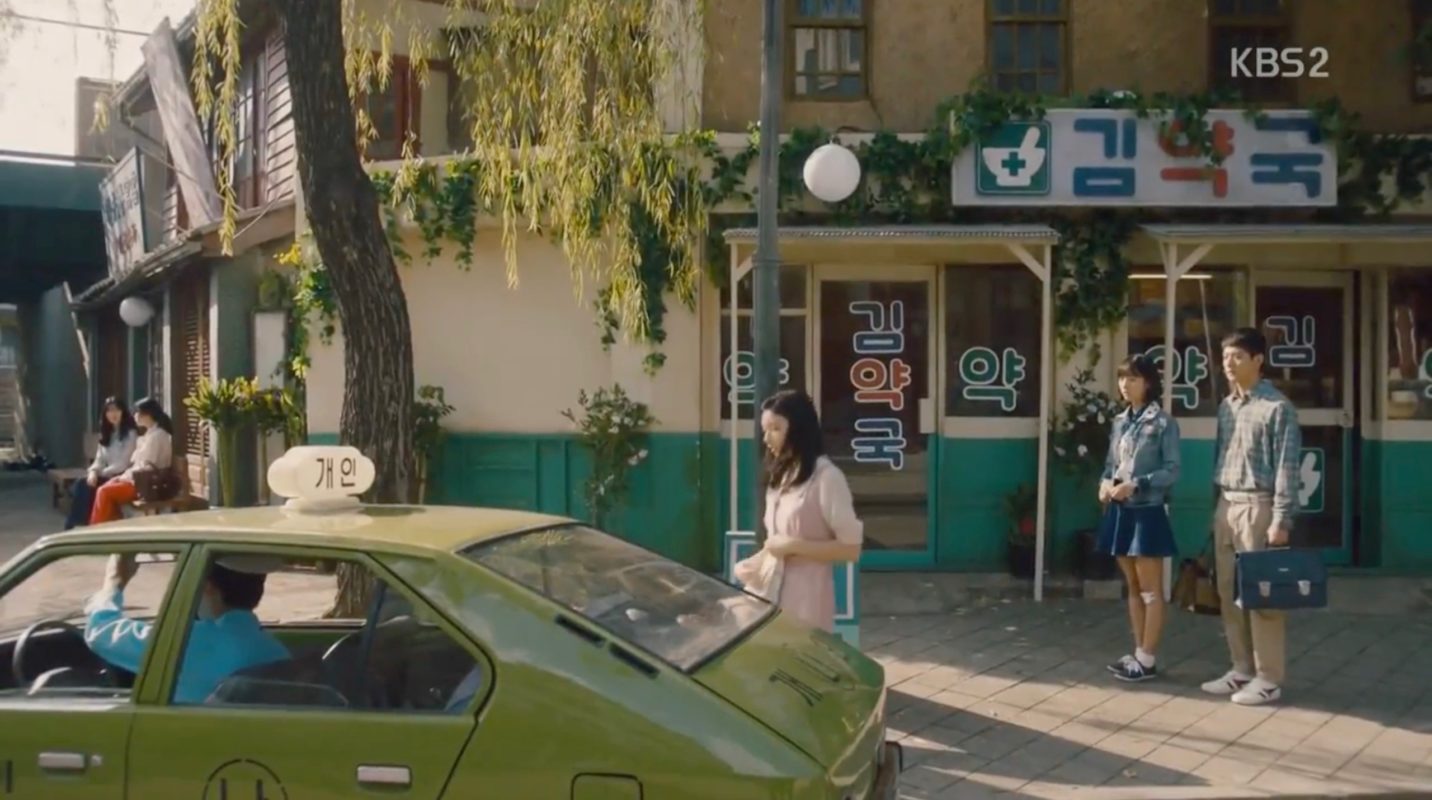 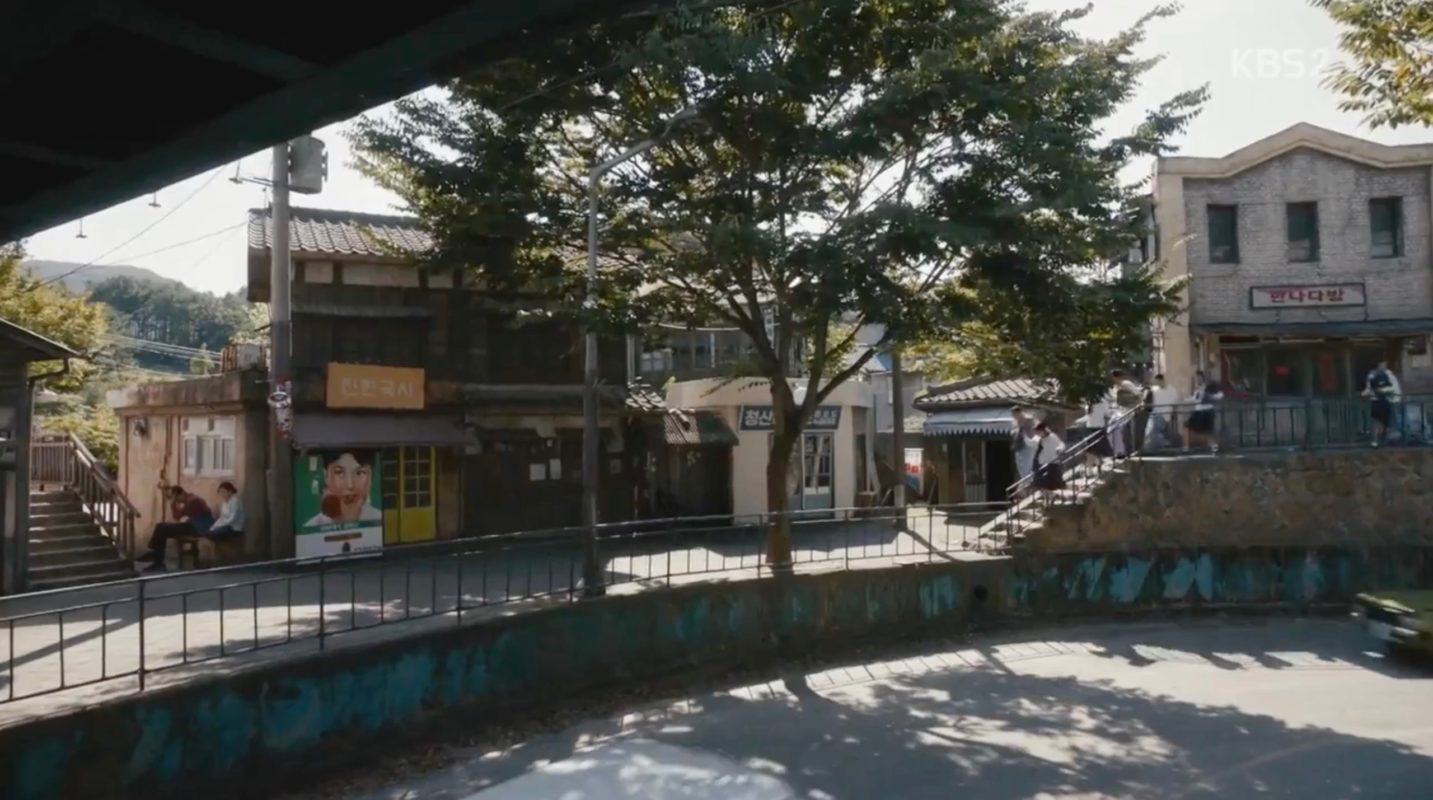 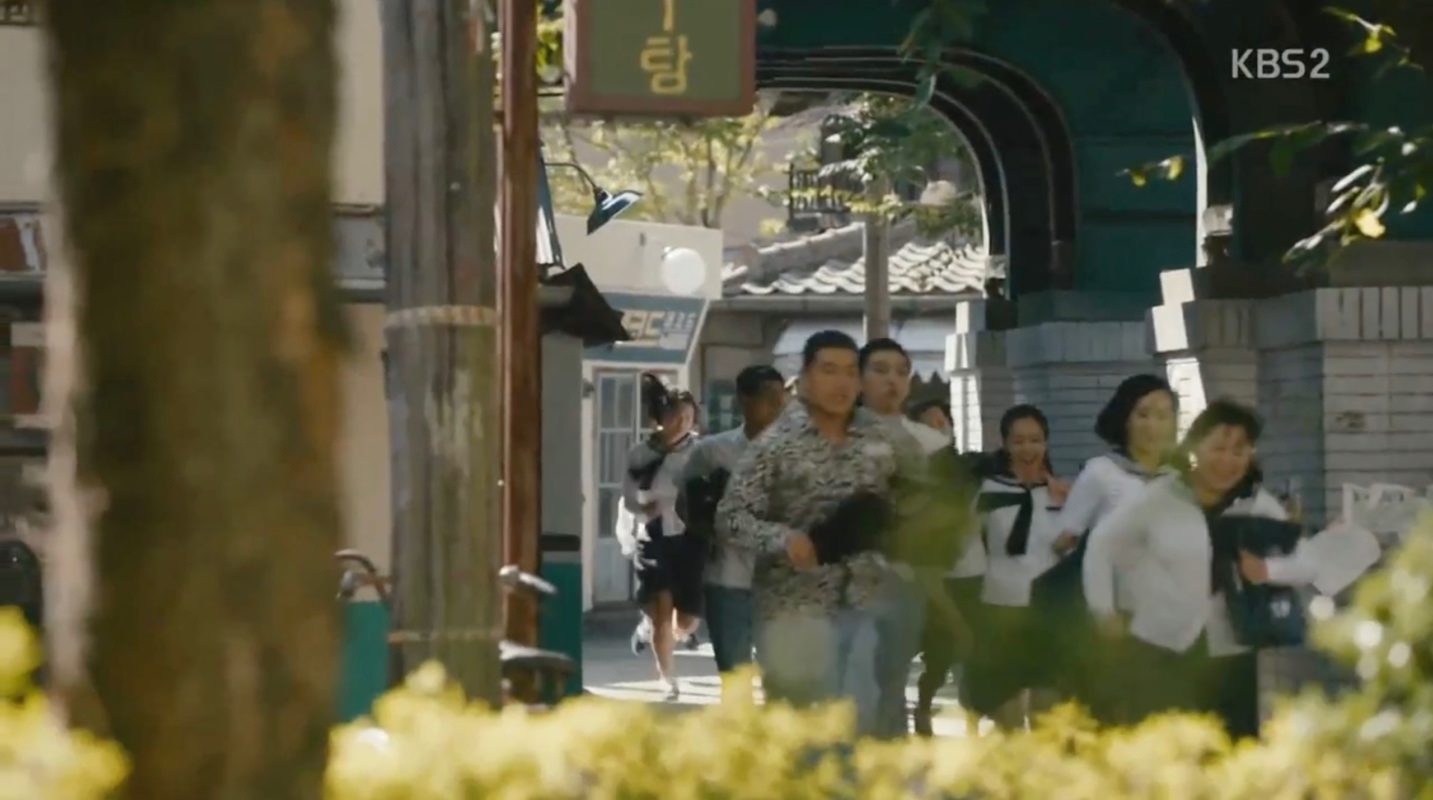 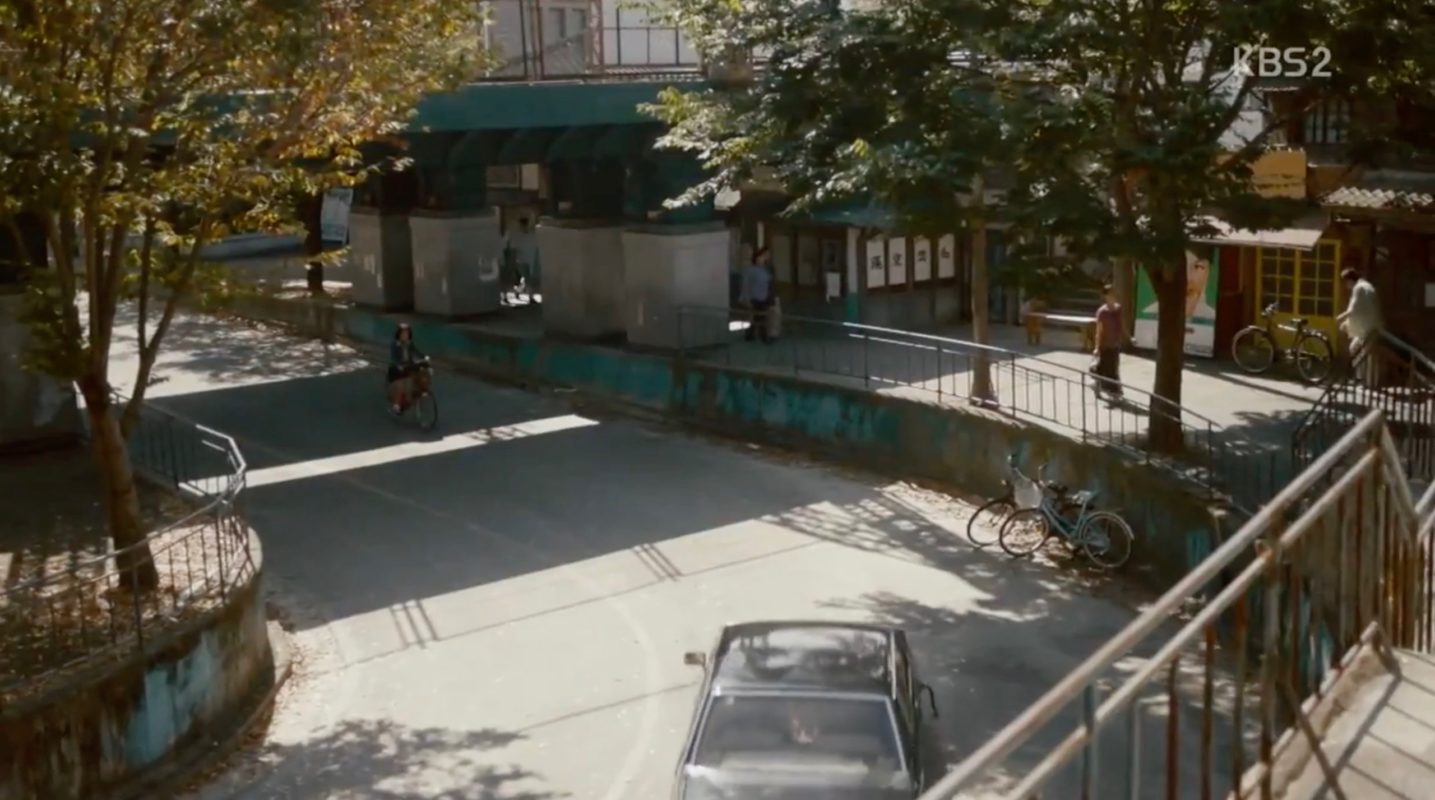 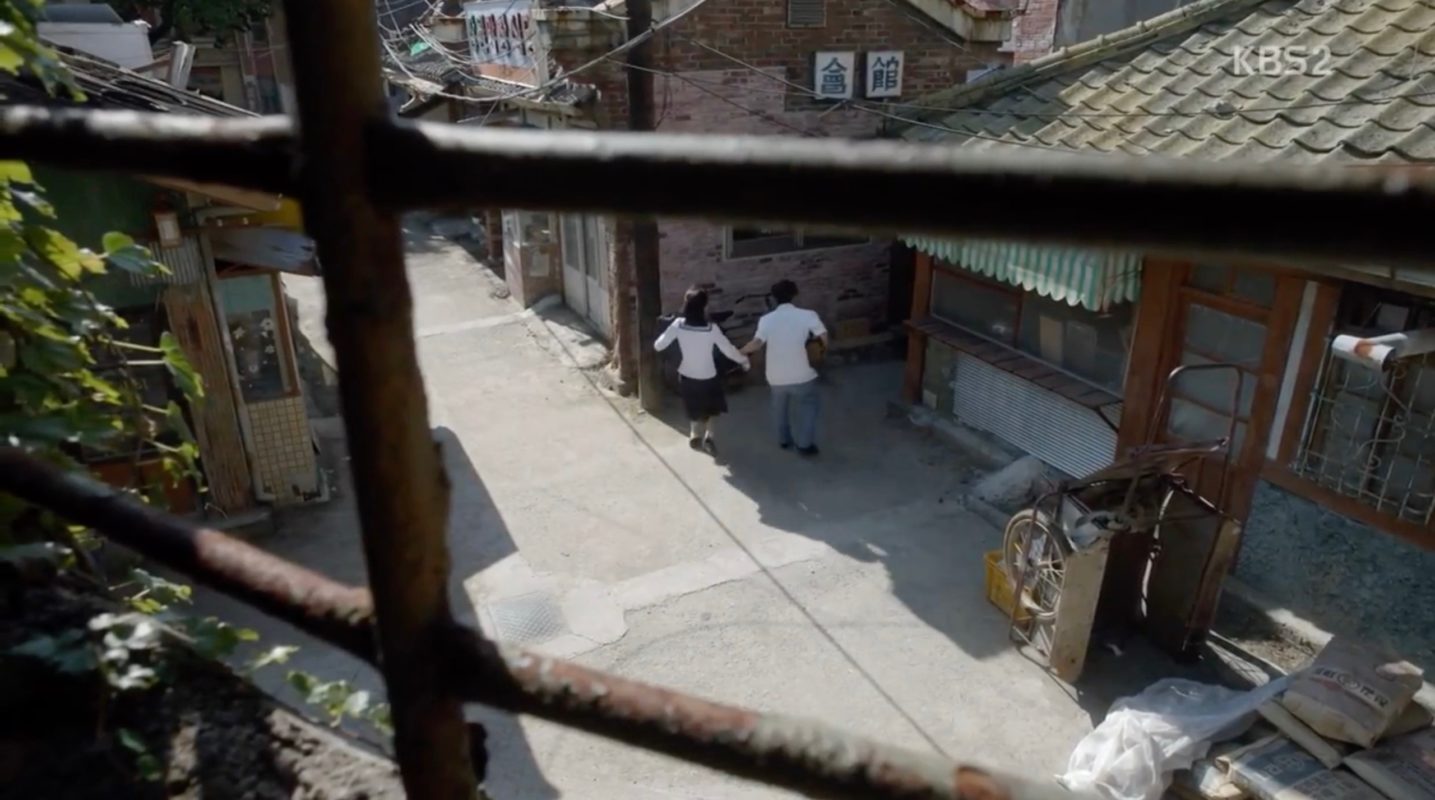 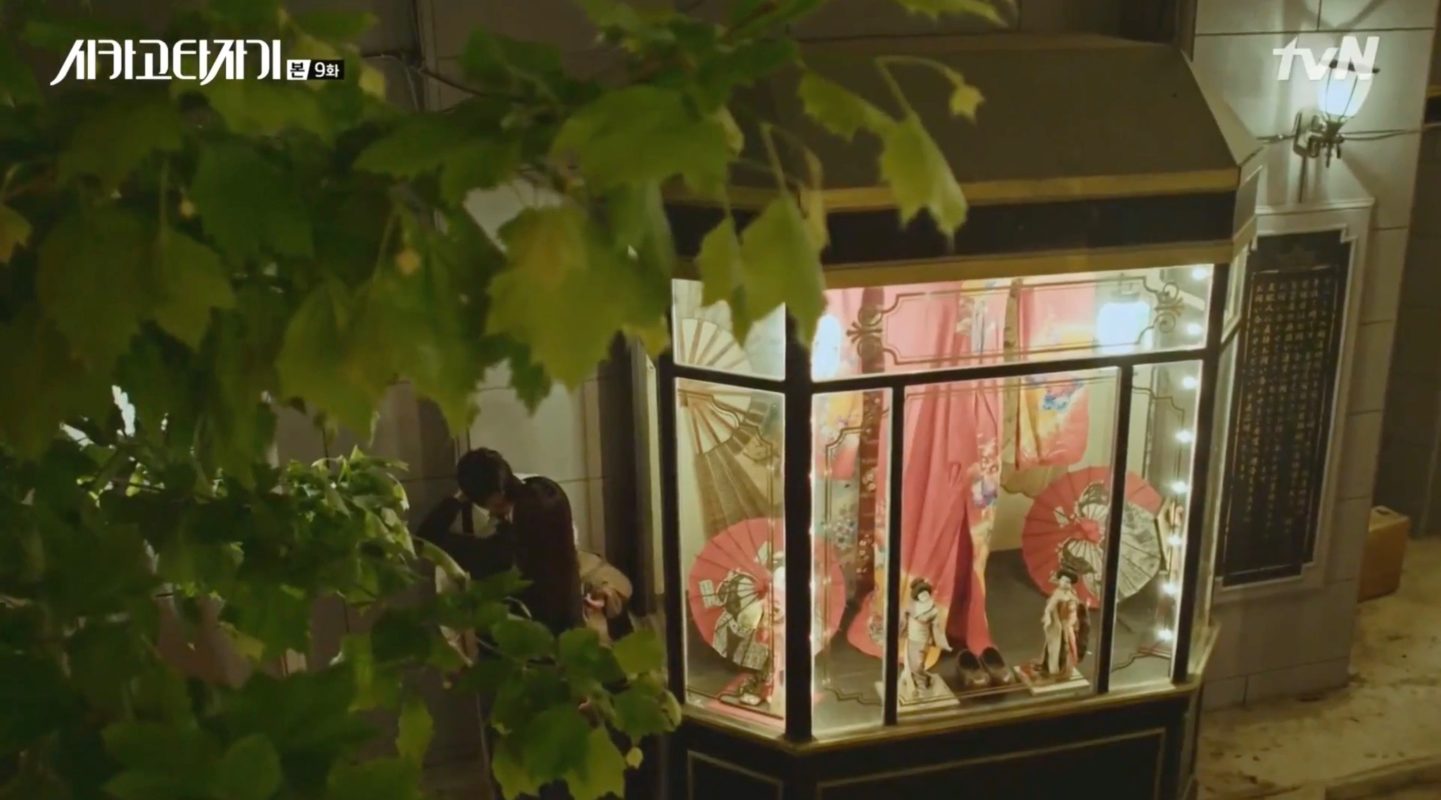 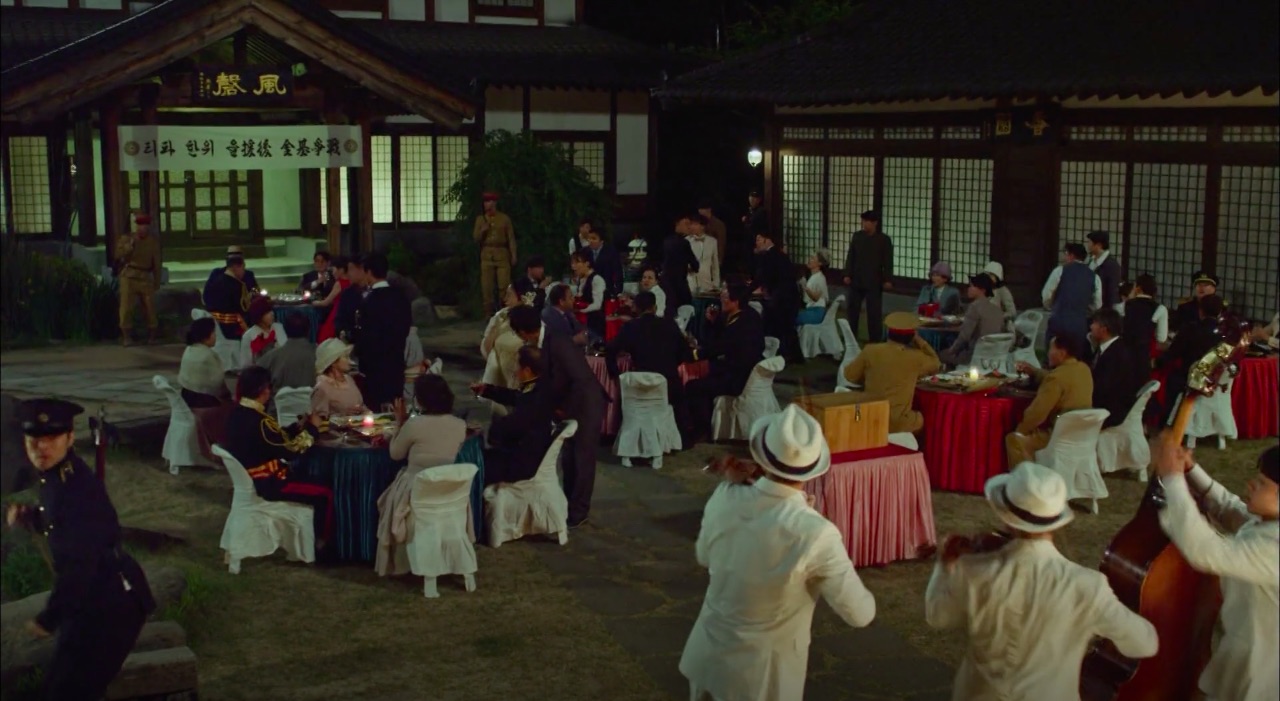 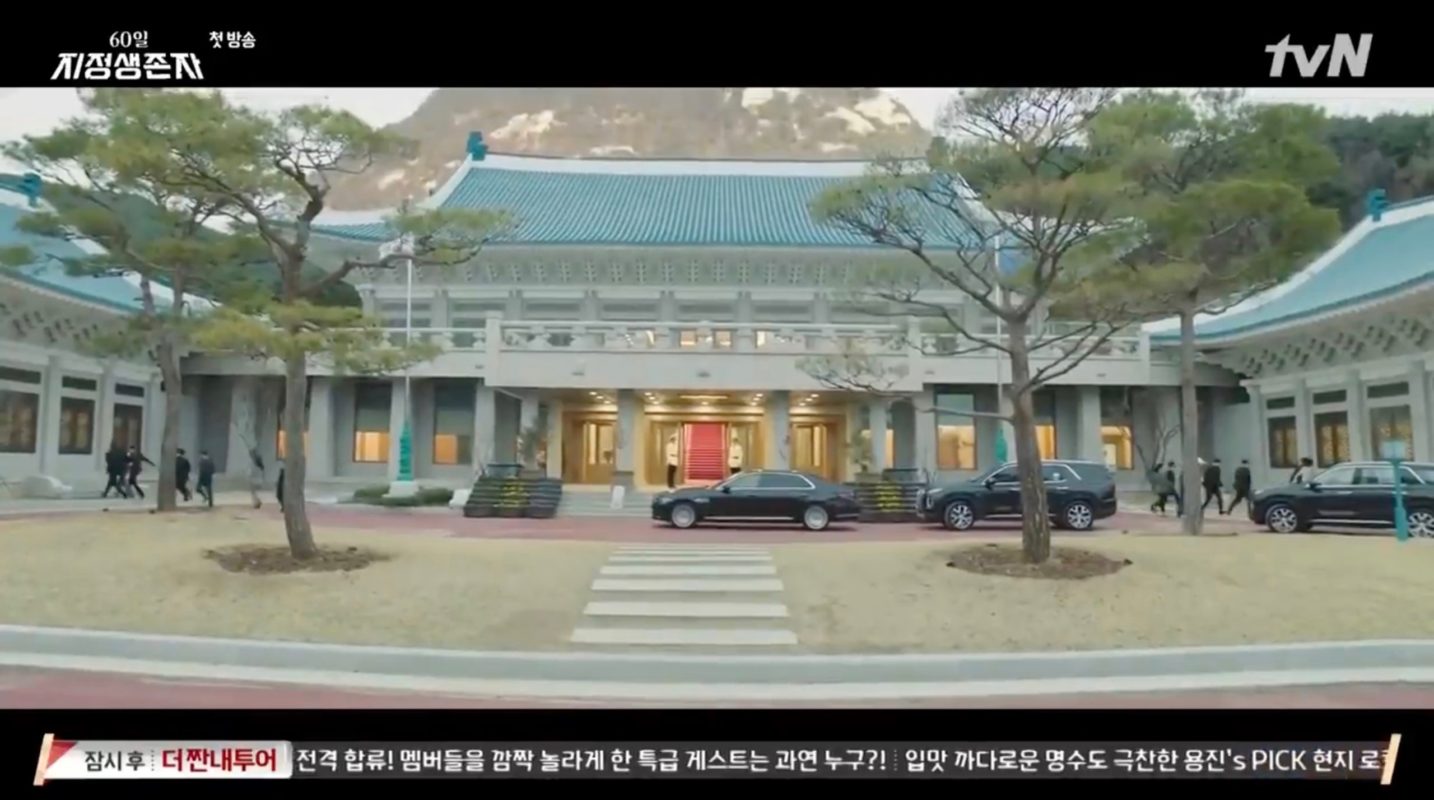 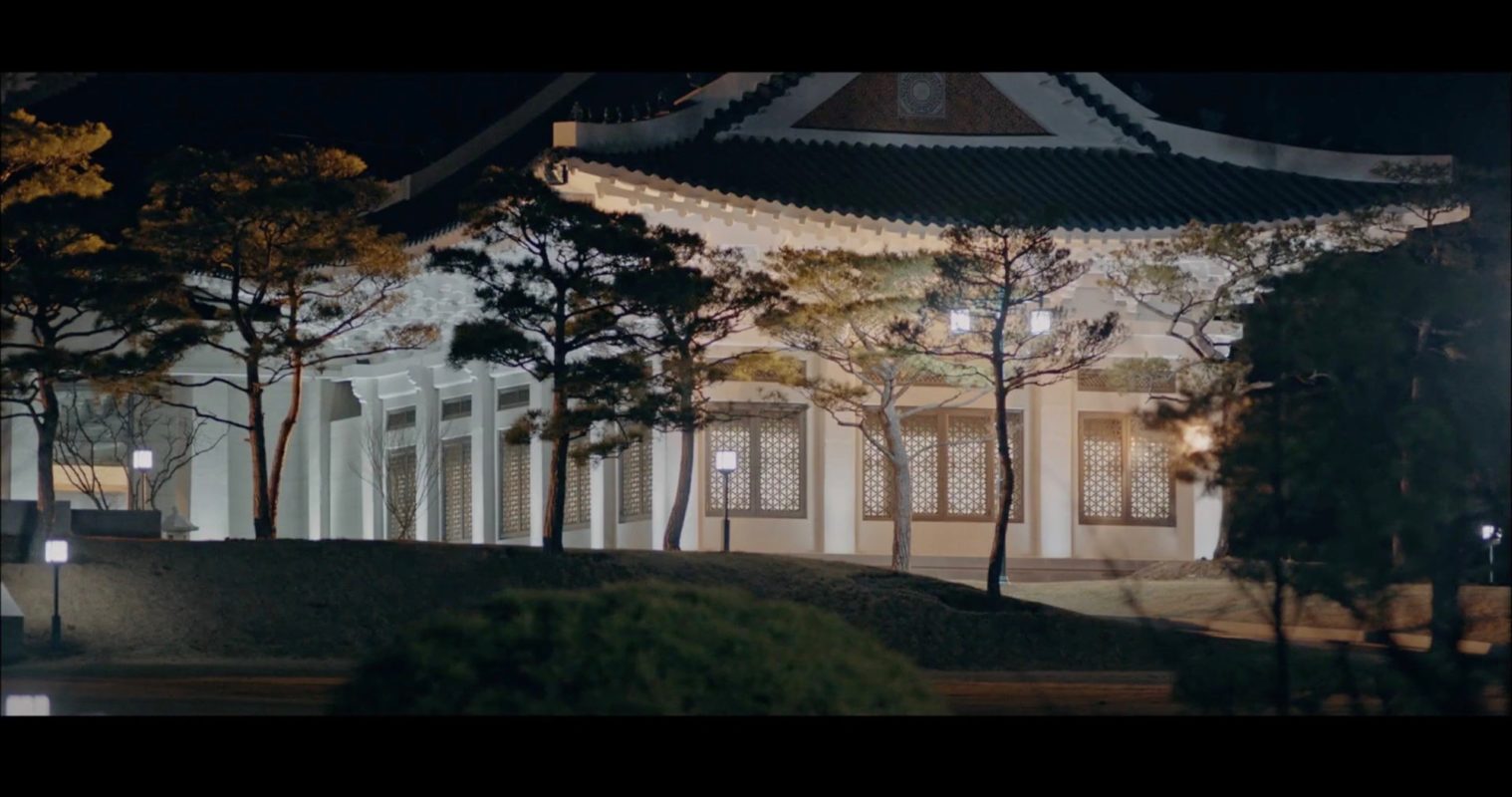 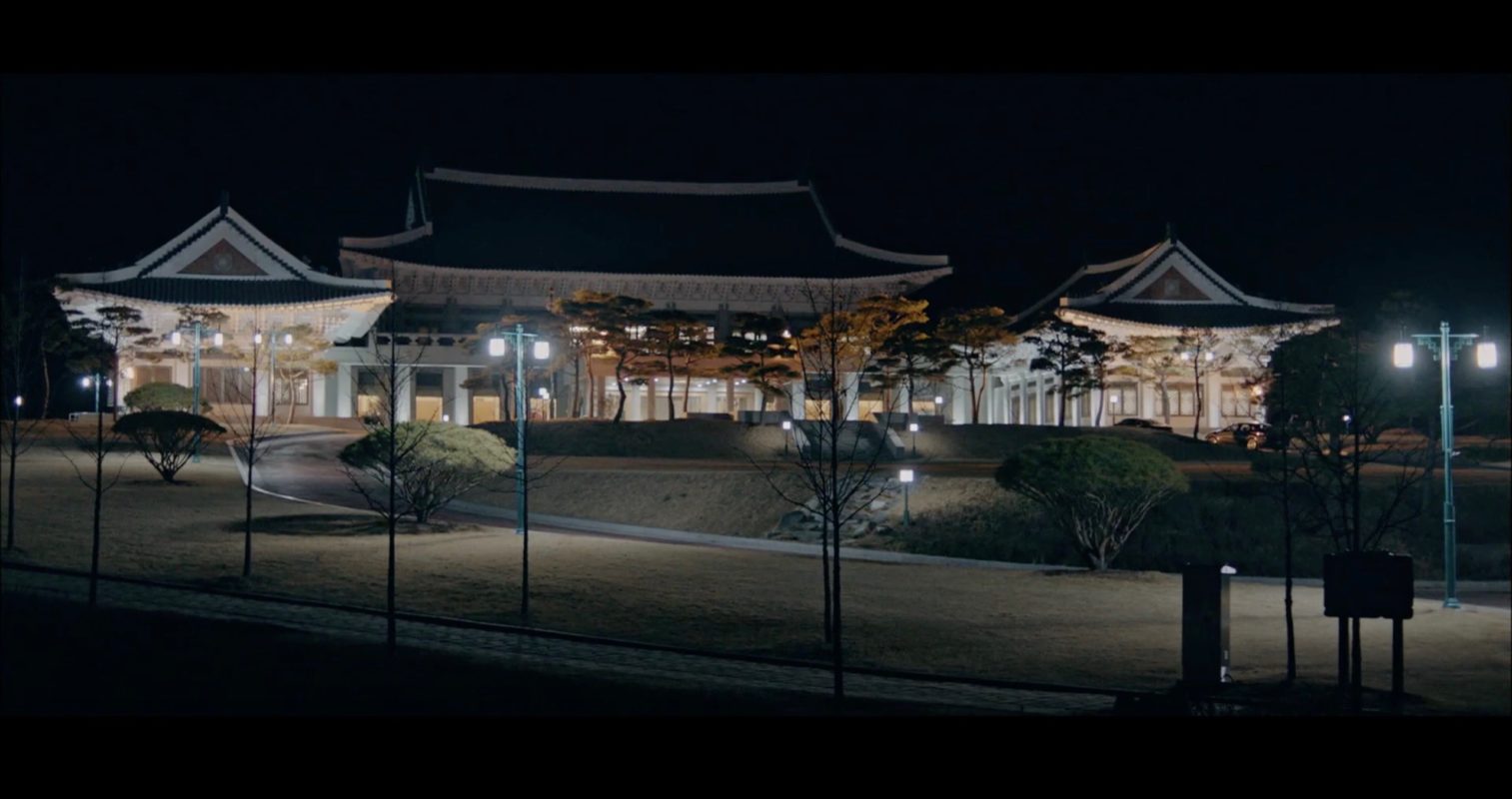 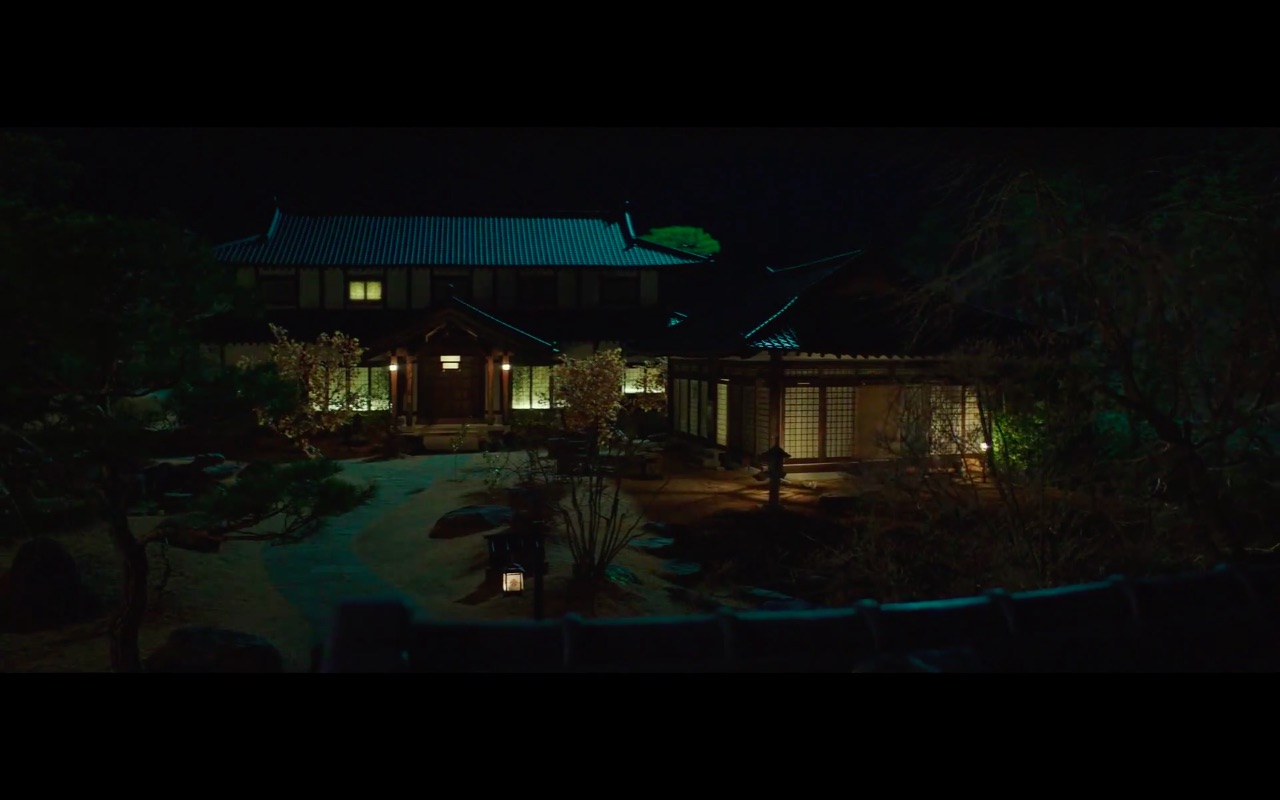 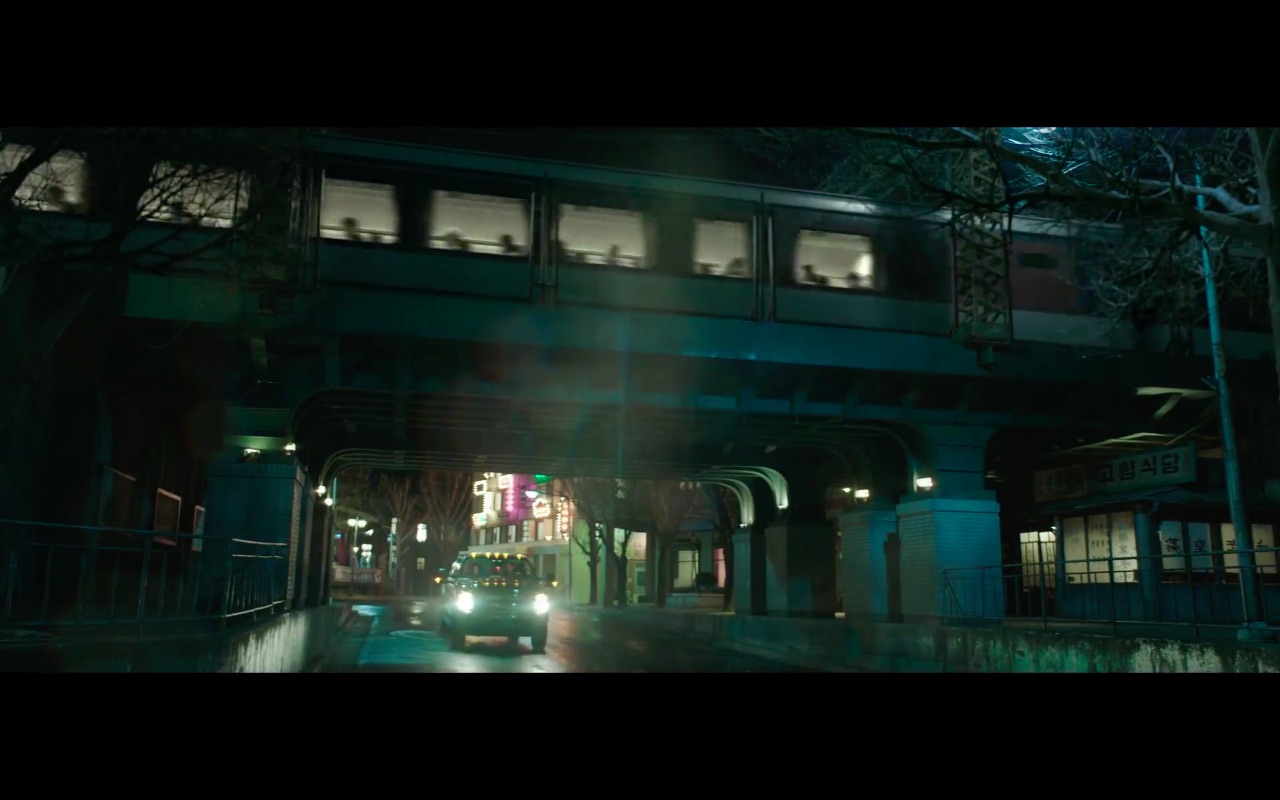 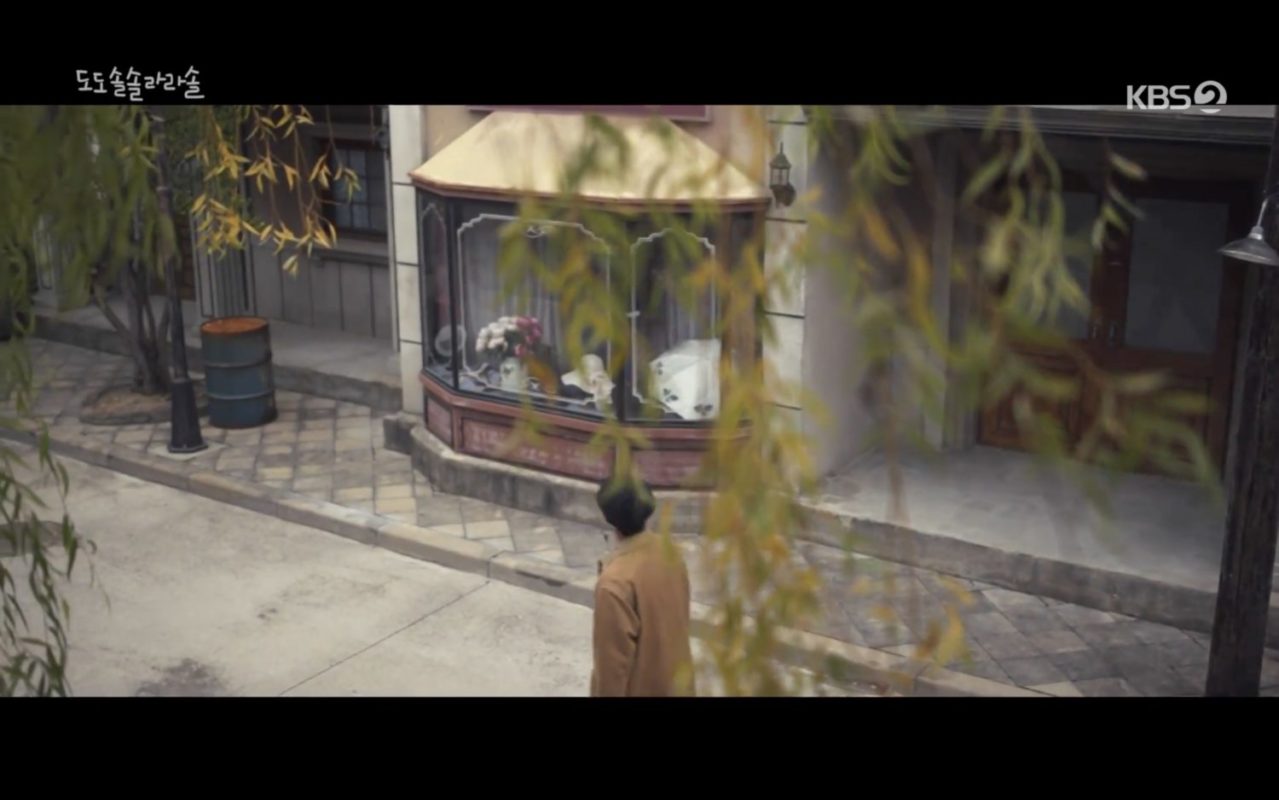 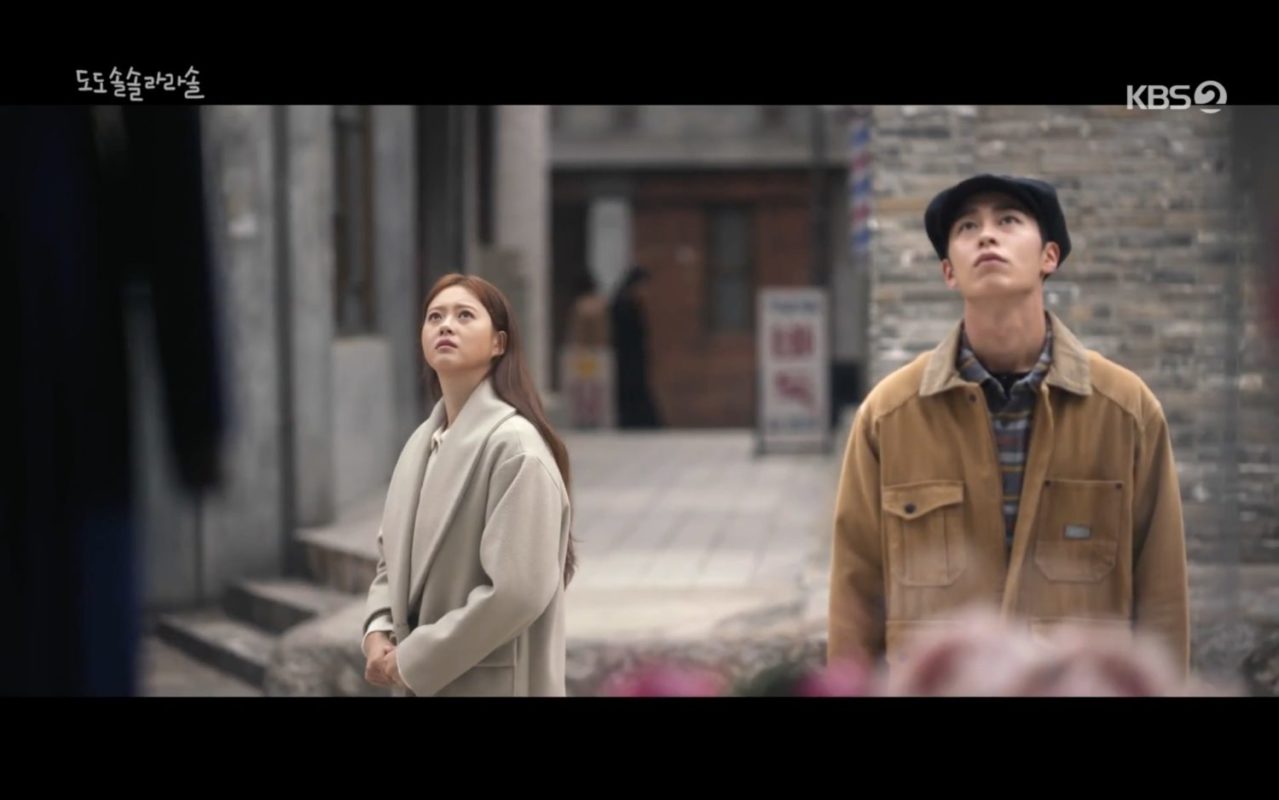 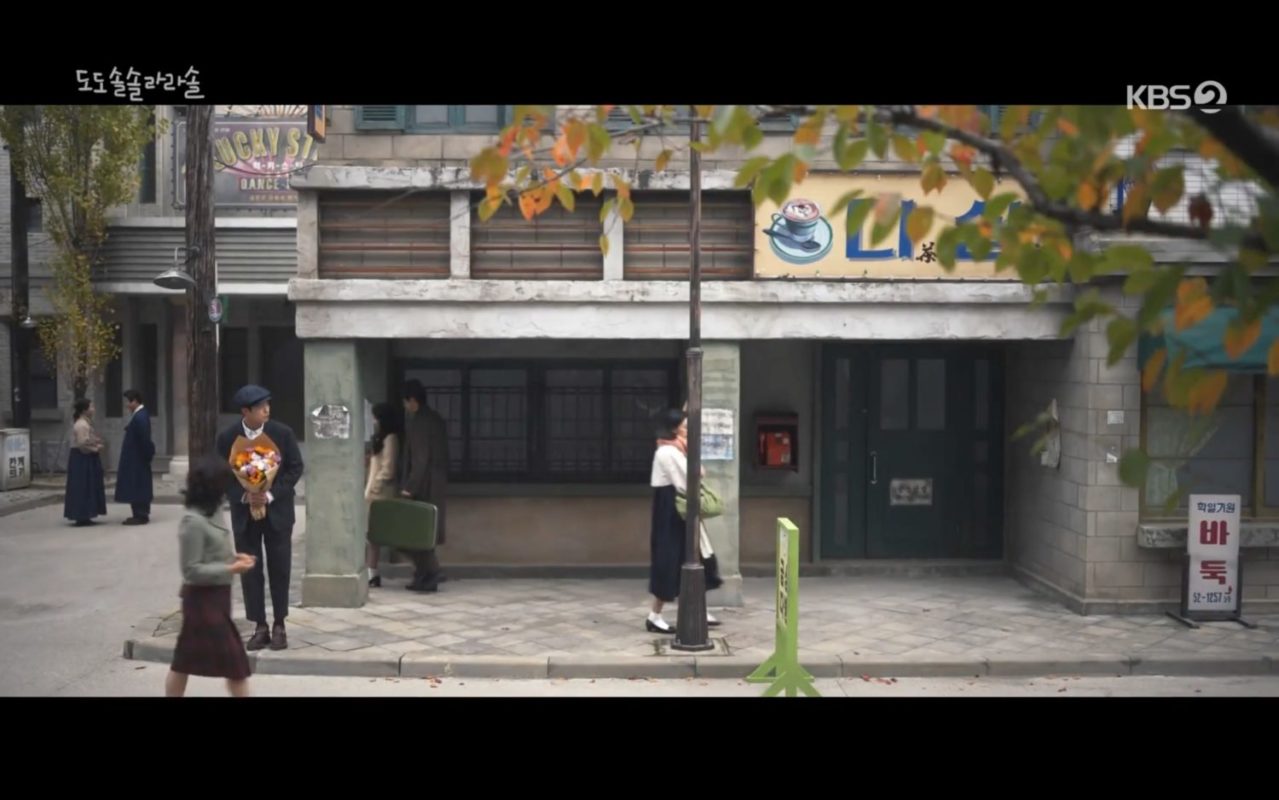 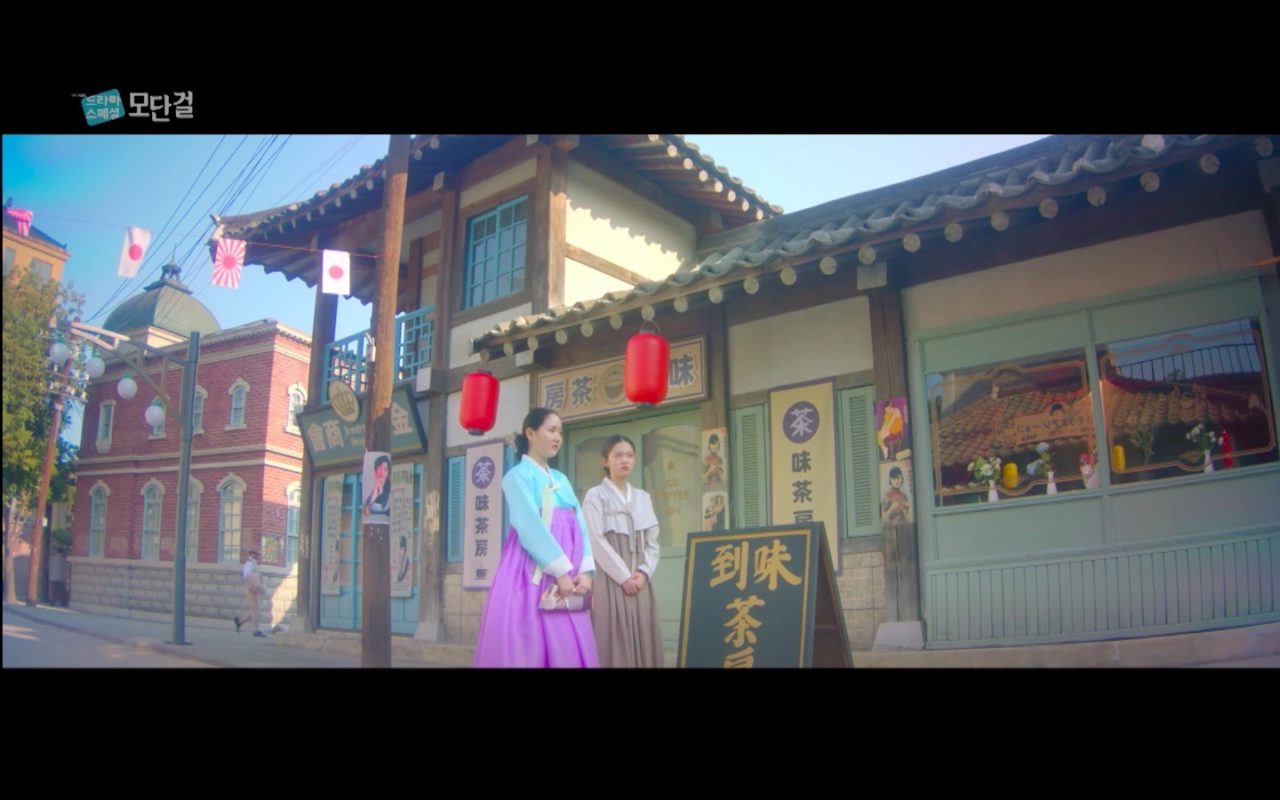 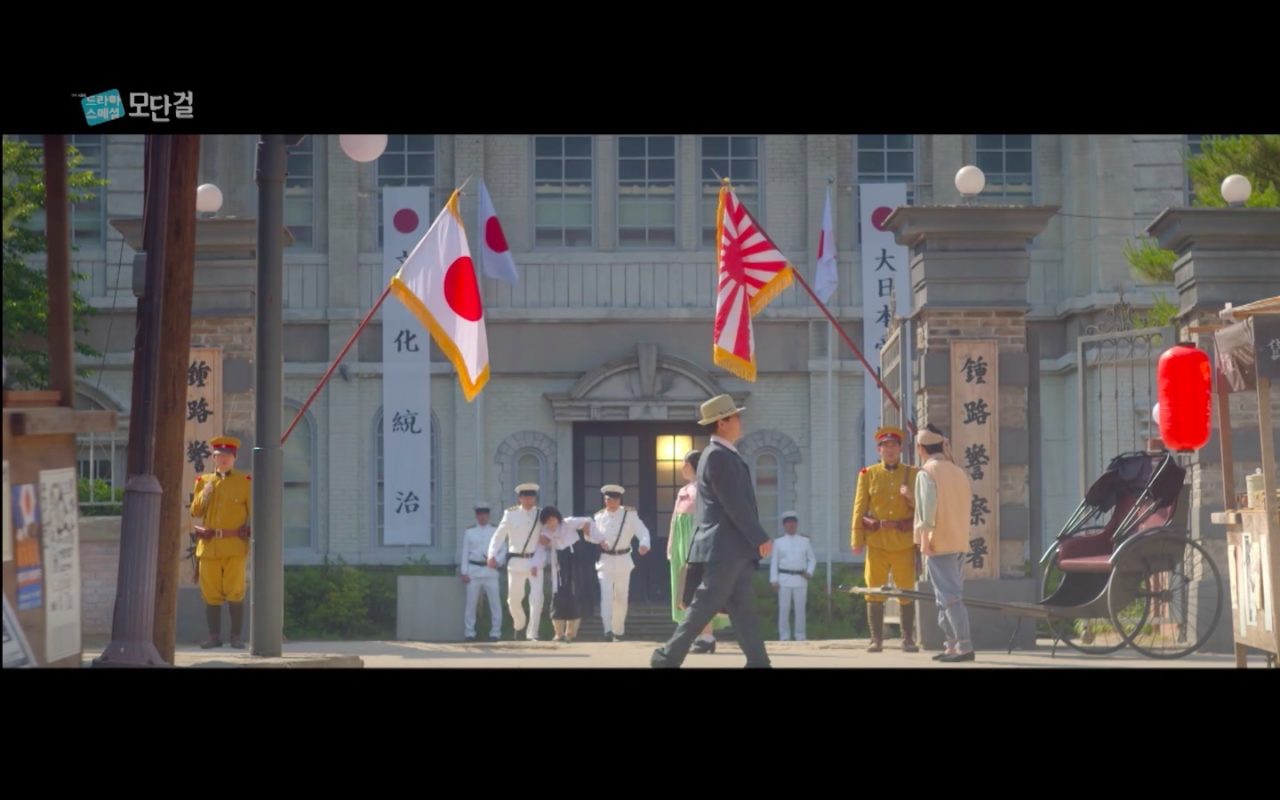 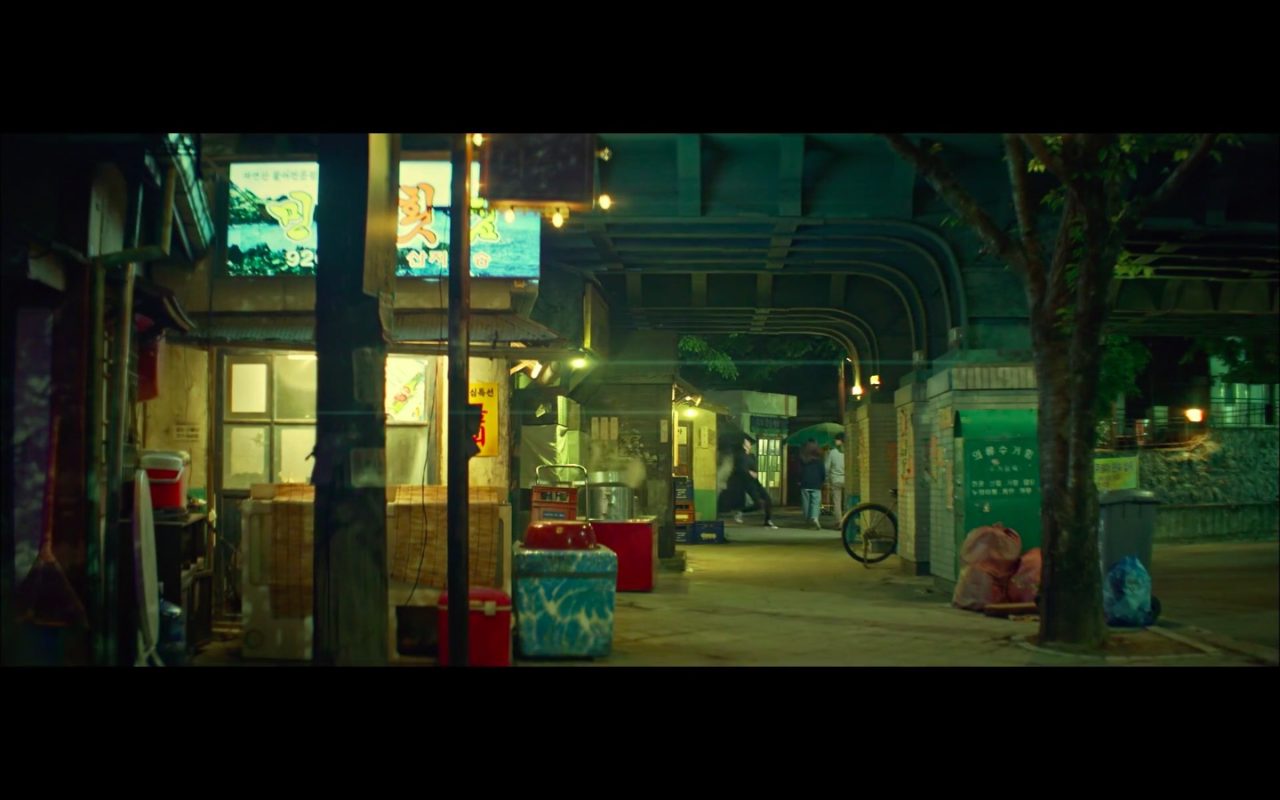 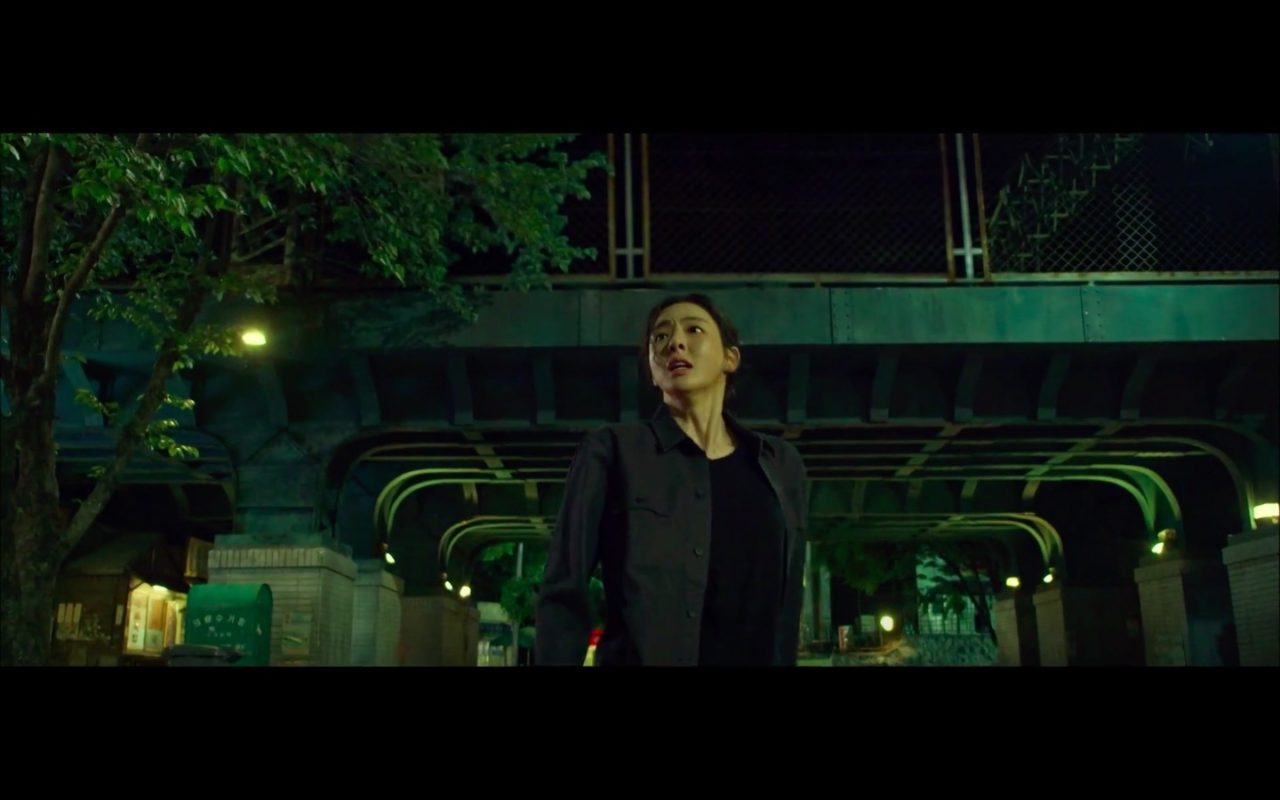 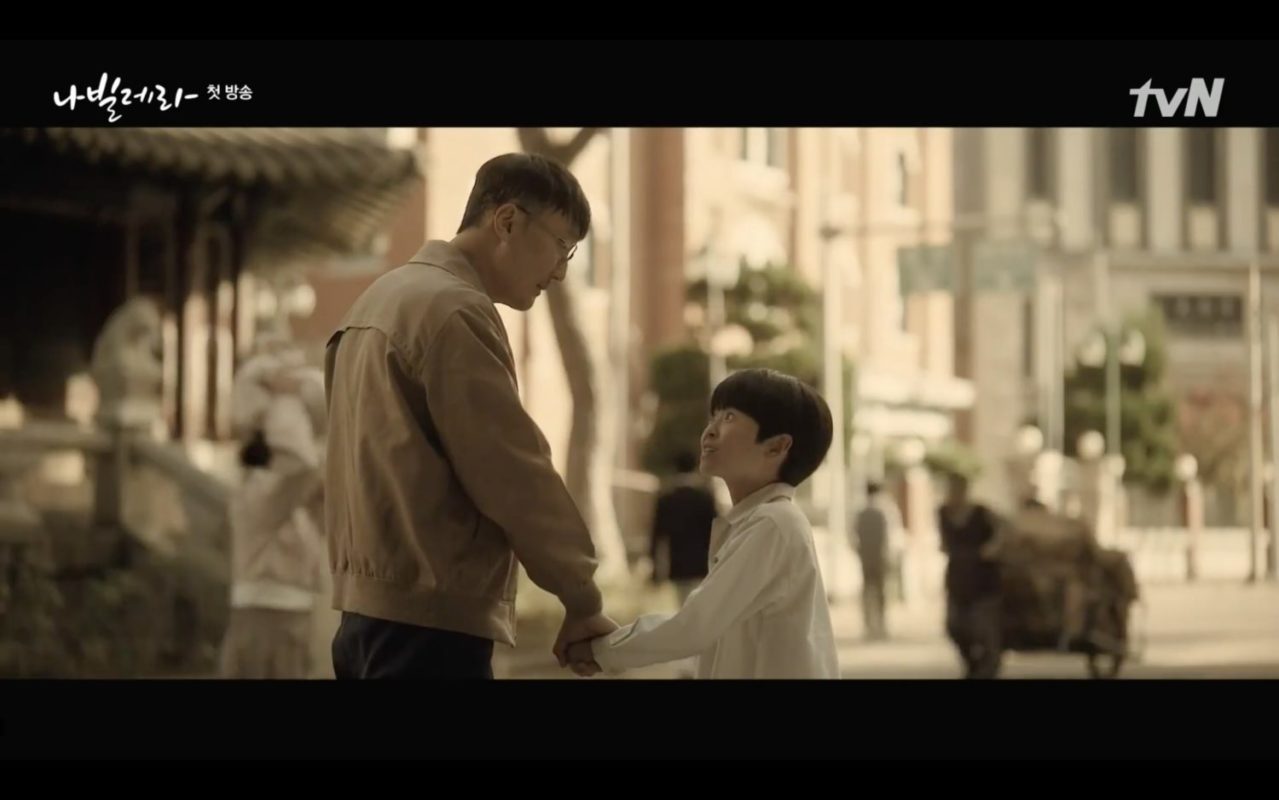 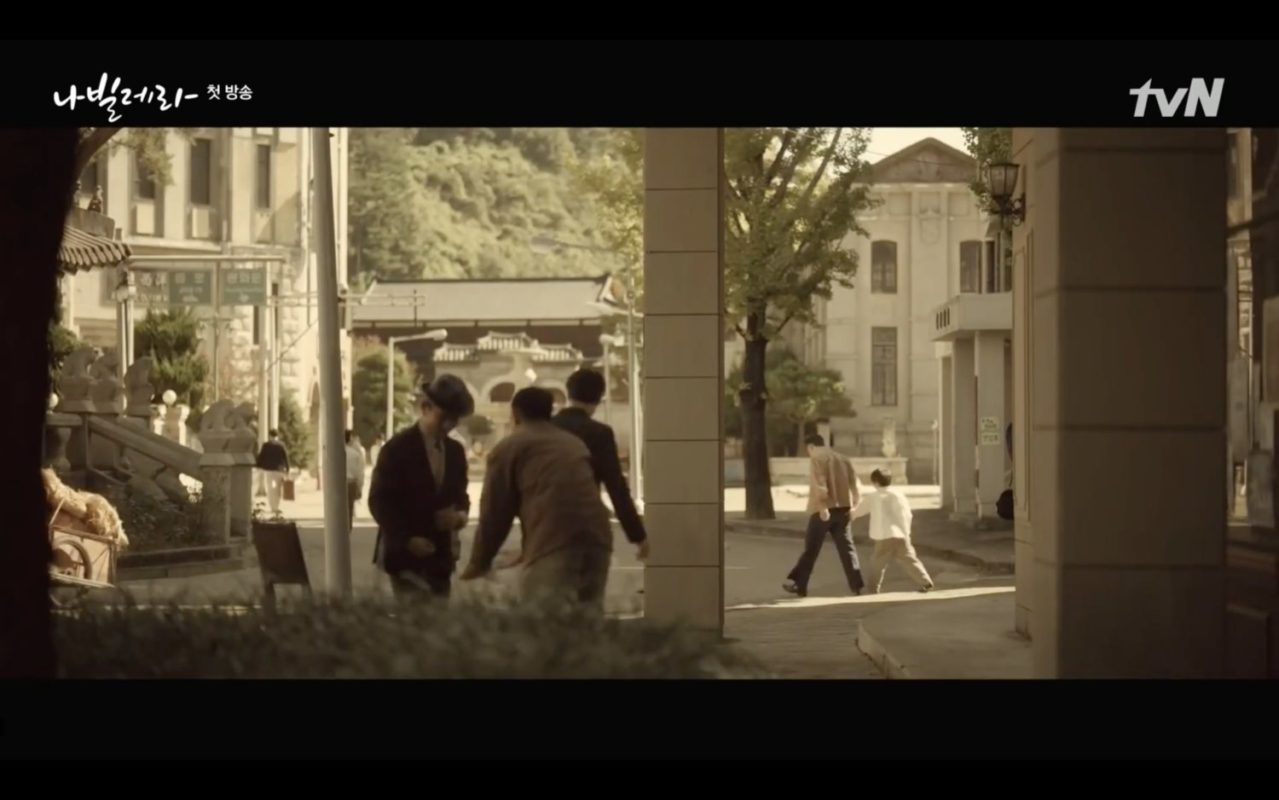 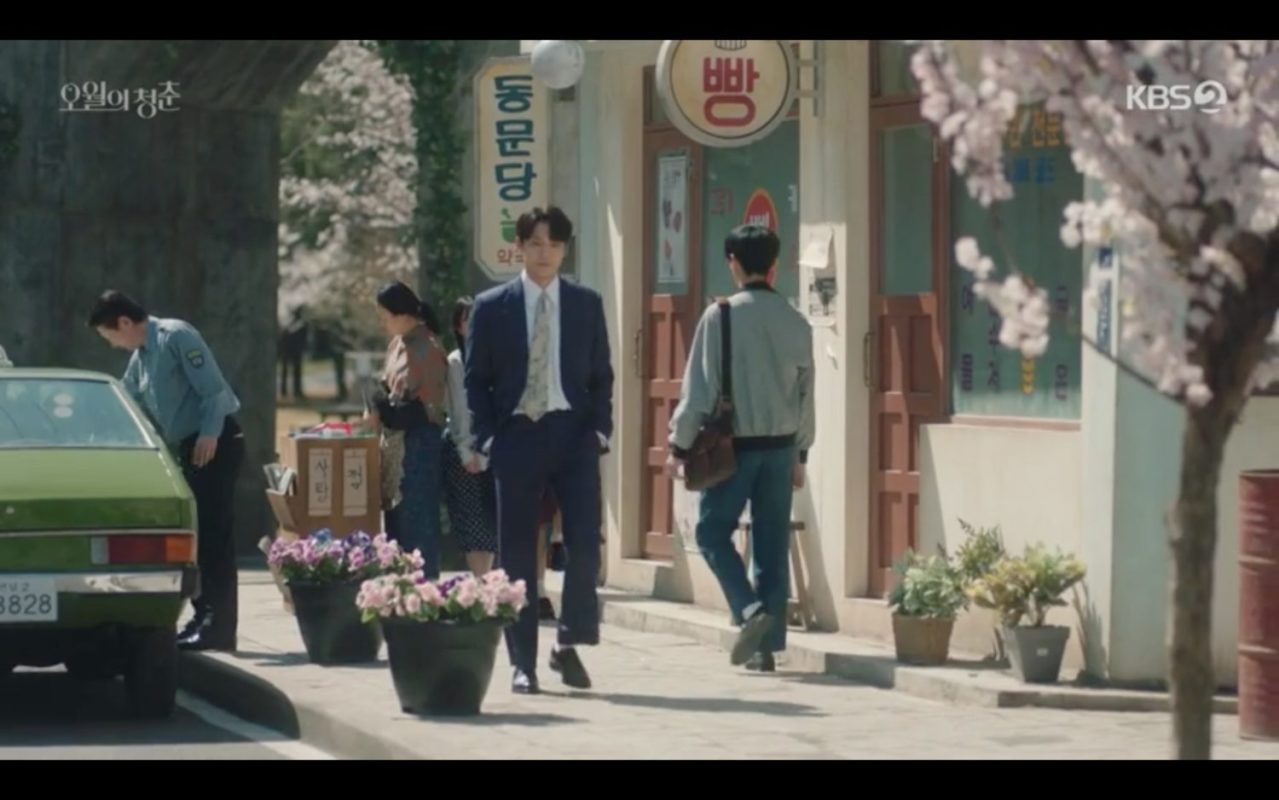 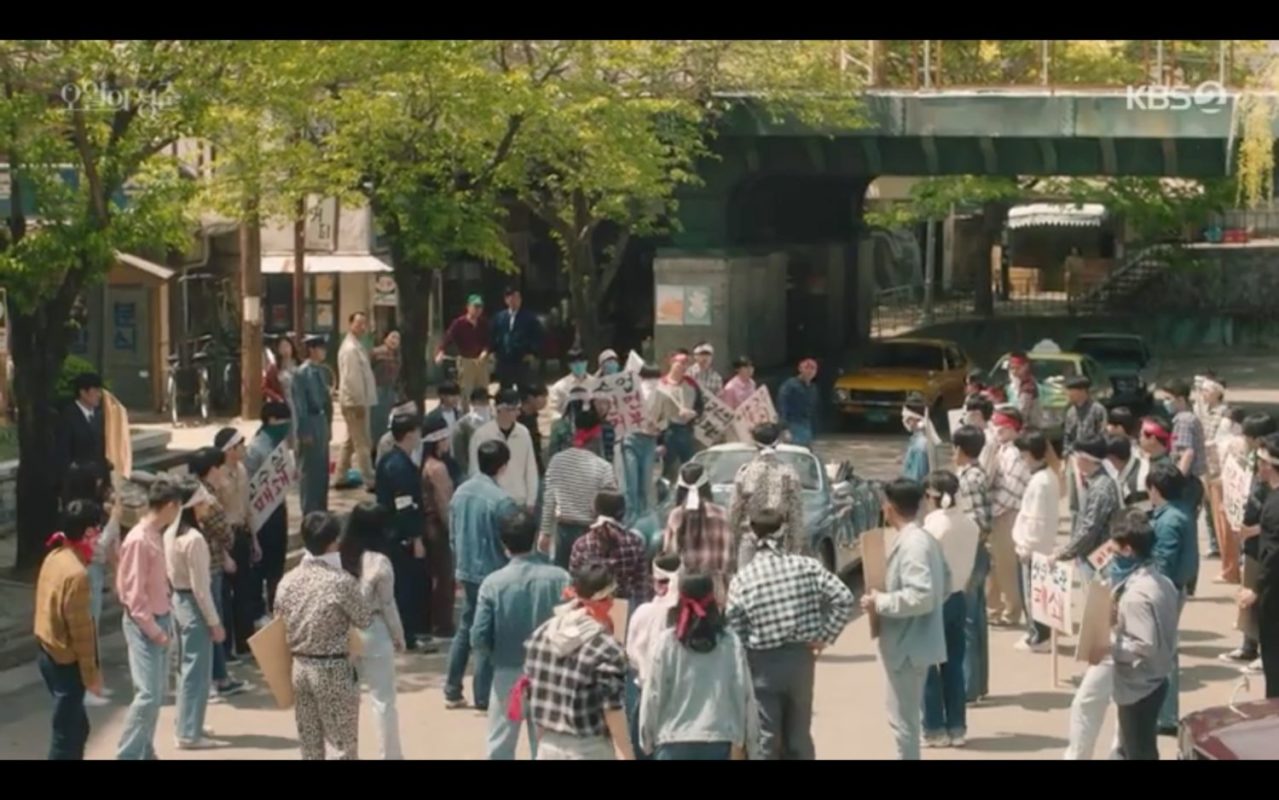 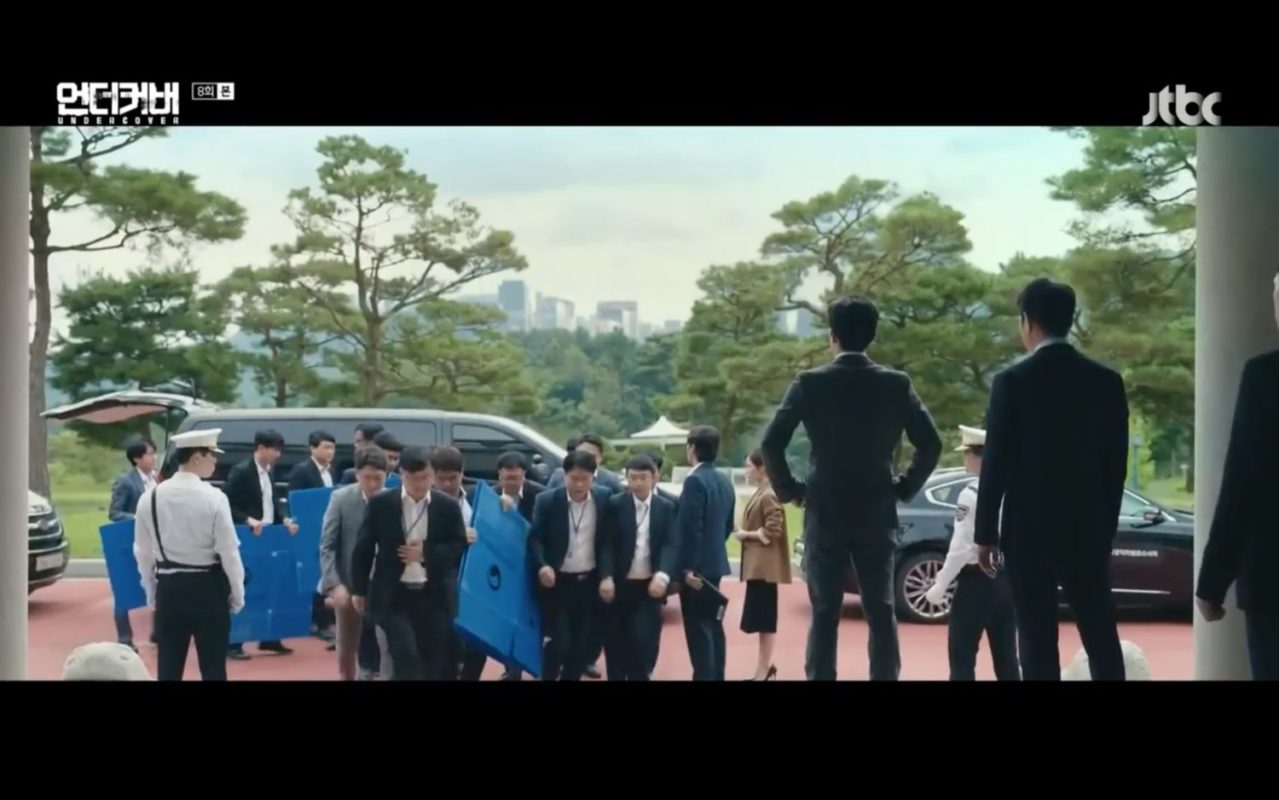 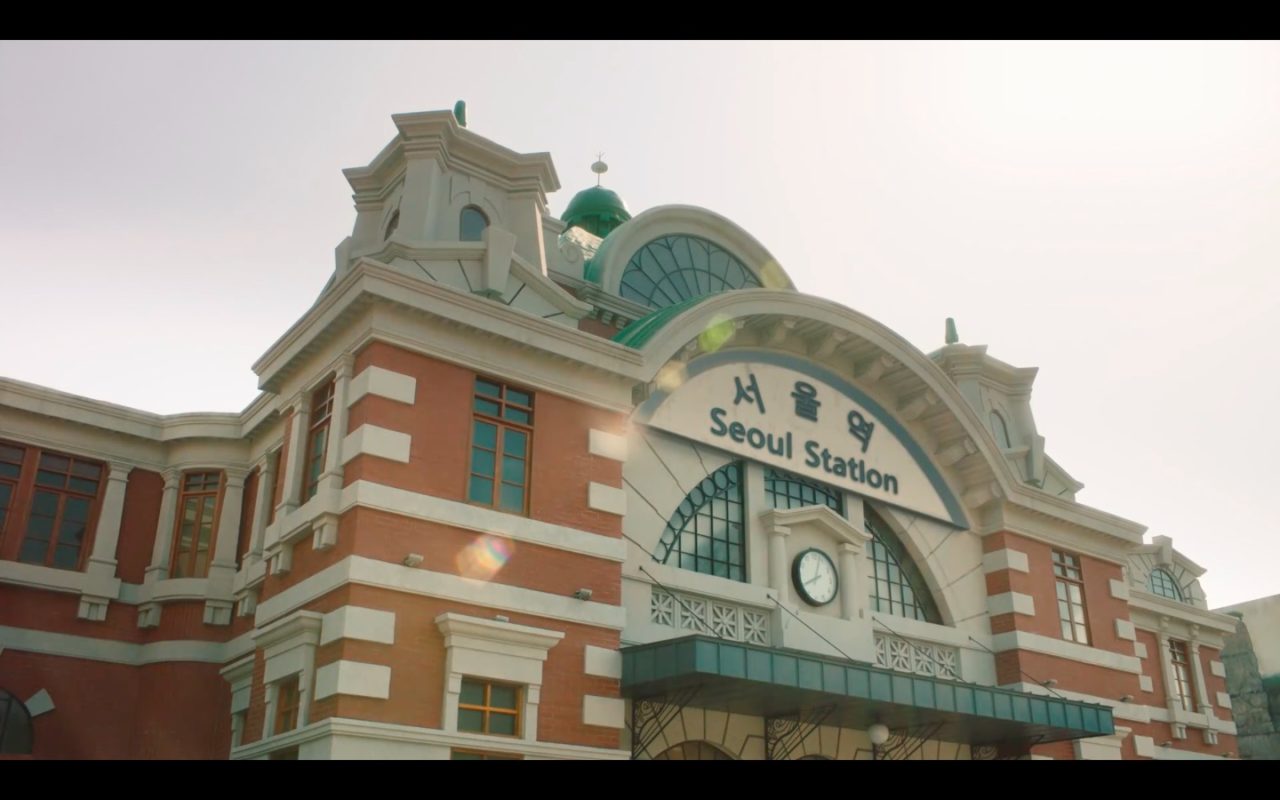 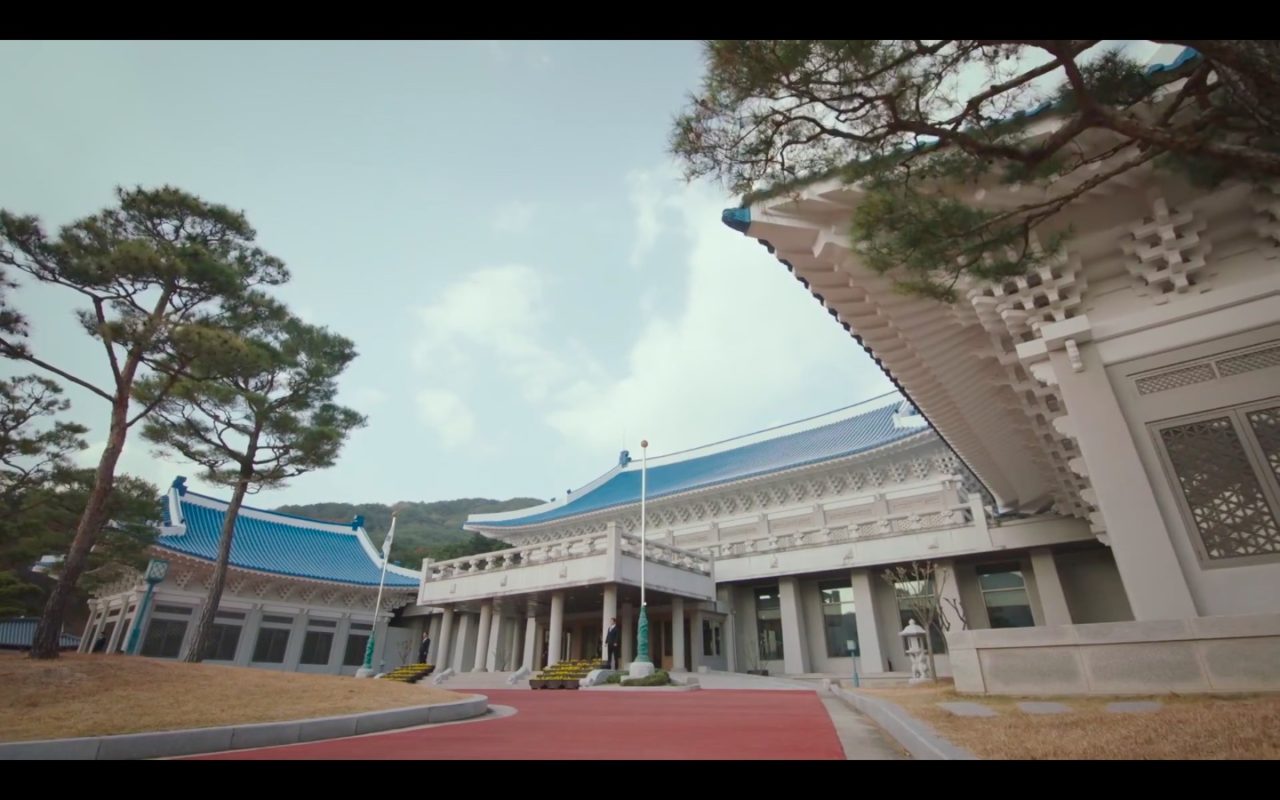 This theme park is seen as part of the Seoul neighborhood that Hwang Hee-tae (Lee Do-hyun) lives in, along with various other places, in Youth of May (오월의 청춘) (KBS2, 2021) — as seen, for instance, in episode 1.

Shim Deok-chul (Park In-hwan) thinks back to when he saw a ballet dancer for the first time (at a dance school located at this park) in his life as a kid and directly fell in love with this dance in episode 1 of Navillera/Like A Butterfly (나빌레라) (tvN, 2021). But then his father told him that this wasn’t a sport he should ever think of as a boy.

Goo Shin-deuk (Jin Ji-hee) and her handmaid Young-yi (Kim Si-eun) walk along the streets here in KBS Drama Special: Modern Girl (모단걸) (KBS2, 2020), which is set around the time of the Japanese occupation of Korea. The ‘Jongno Police Station’ building, which Young-yi is captured to, is also here.

When Kim Man-Bok (Lee Soon-Jae) explains his love story with his wife to Goo Ra-Ra (Go Ara) in episode 11 of Do Do Sol Sol La La Sol (도도솔솔라라솔) (KBS2, 2020), he explains how they once missed each other many years ago when he (portrayed by Lee Jae-wook) suggested through a letter to meet young Shim Sun-Ja (portrayed by Go Ara) at the restaurant ‘Geuseong Coffee Shop’, which is located at this park, but she never showed up. They only run into each other years later in front of ‘Jeil Music Shop’; also located here.

Renowned physician Dr Jang Dong-sik (Jang Hyun-sung) is murdered in his own home by a time-traveler (Park In-soo), an act that is witnessed by his young daughter, in episode 1 of Alice (Aelliseu/앨리스) (SBS, 2020)

Parts of this park appears as Shanghai in episode 1 of Different Dreams (이몽) (MBC, 2019), where Kim Won-bong (Yoo Ji-tae) meets up with an informant.

The scenes for the following dramas were filmed at this theme park’s Blue House replica:

— Eve/Ibeu (이브) (tvN, 2022); as seen in episode 1 when Seo Eun-pyeong (Lee Sang-yeob) comes to the presidential office to speak to the President himself.

— Designated Survivor: 60 Days (60일, 지정생존자) (tvN, 2019); as briefly seen in episode after the explosion at the National Assembly.

It is located in the village of Gaho [Gaho-ri/가호리] in the county of Hapcheon-gun [합천군], a little east of the city of Hapcheon, and around 4hrs 30mins south of Seoul by public transport. It is open to the public and an admission fee applies. More information can be found here.

The replica of the Blue House, or Cheongwadae (sometimes also Cheong Wa Dae) [청와대] — the office and official residence of the President of the Republic of Korea; similar to the White House in Washington D.C — is located here. The name ‘Cheong Wa Dae’ is derived from its blue tiles, and can be literally translated as the “pavilion of blue tiles”. It is designed as a modern re-interpretation of a hanok.