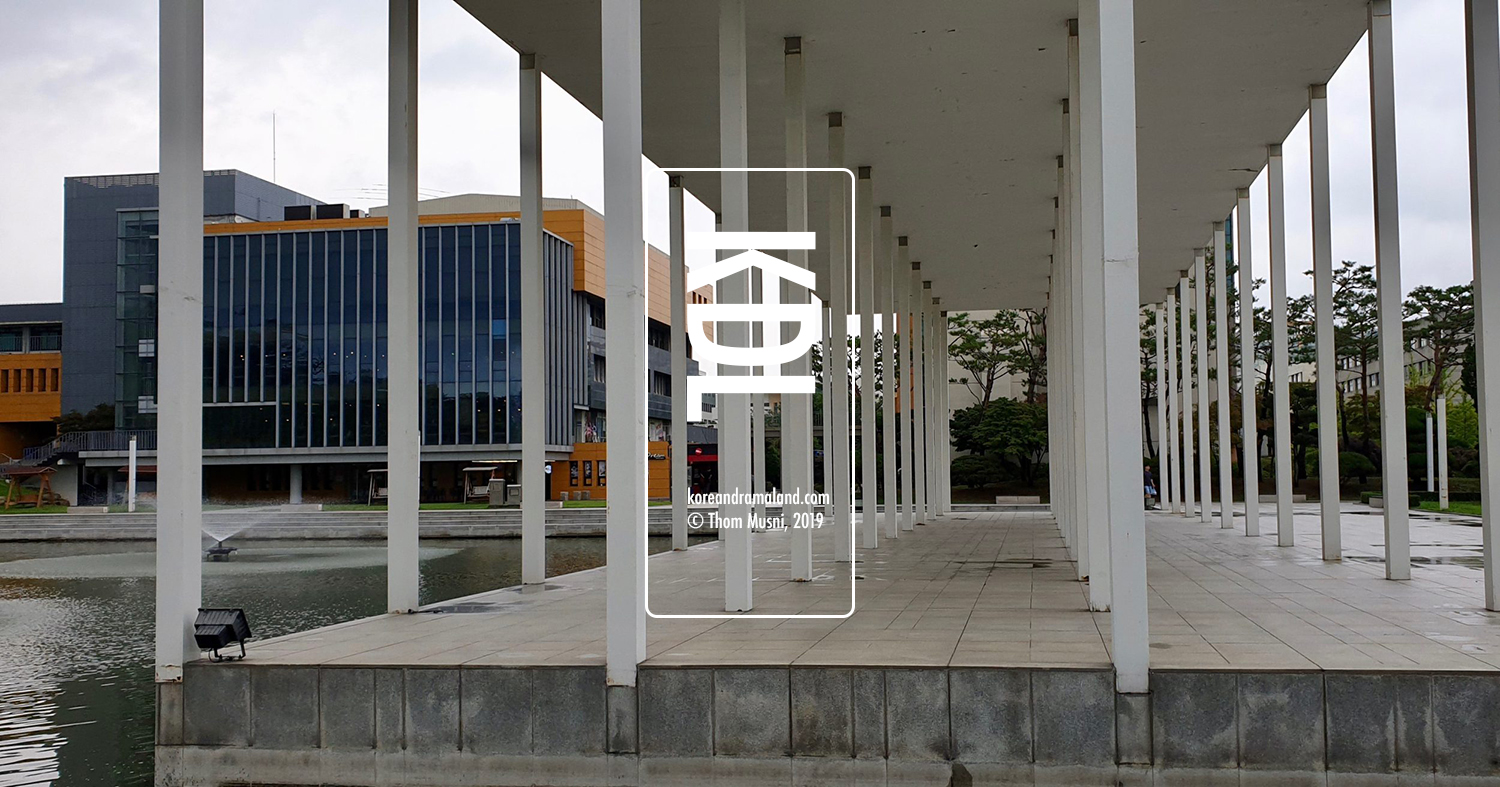 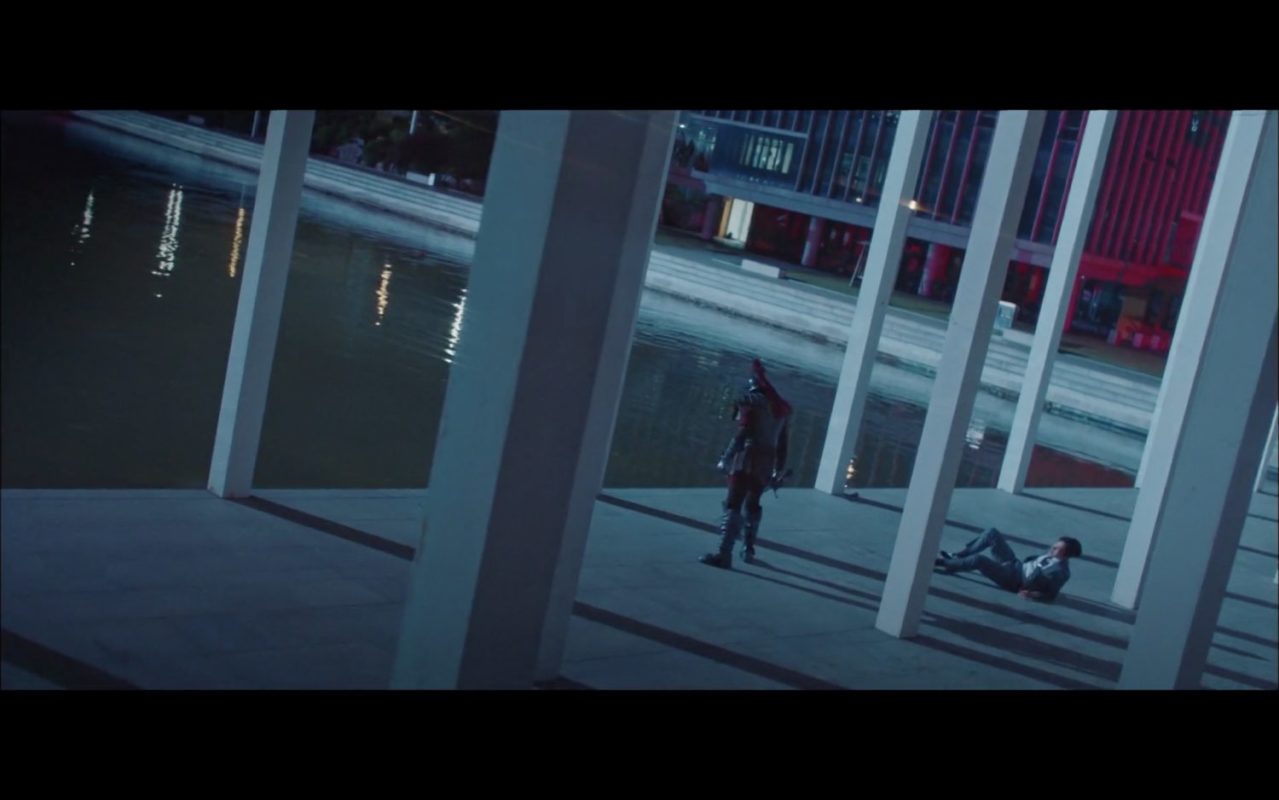 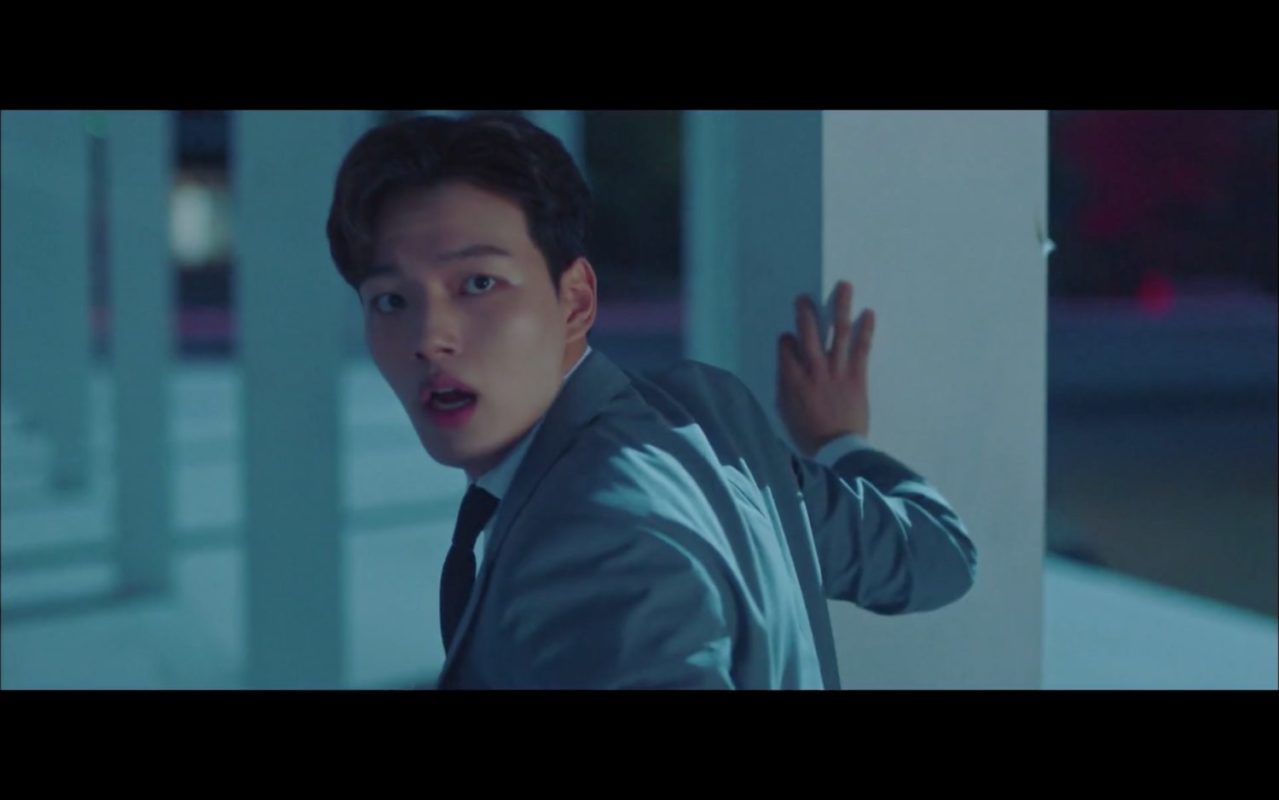 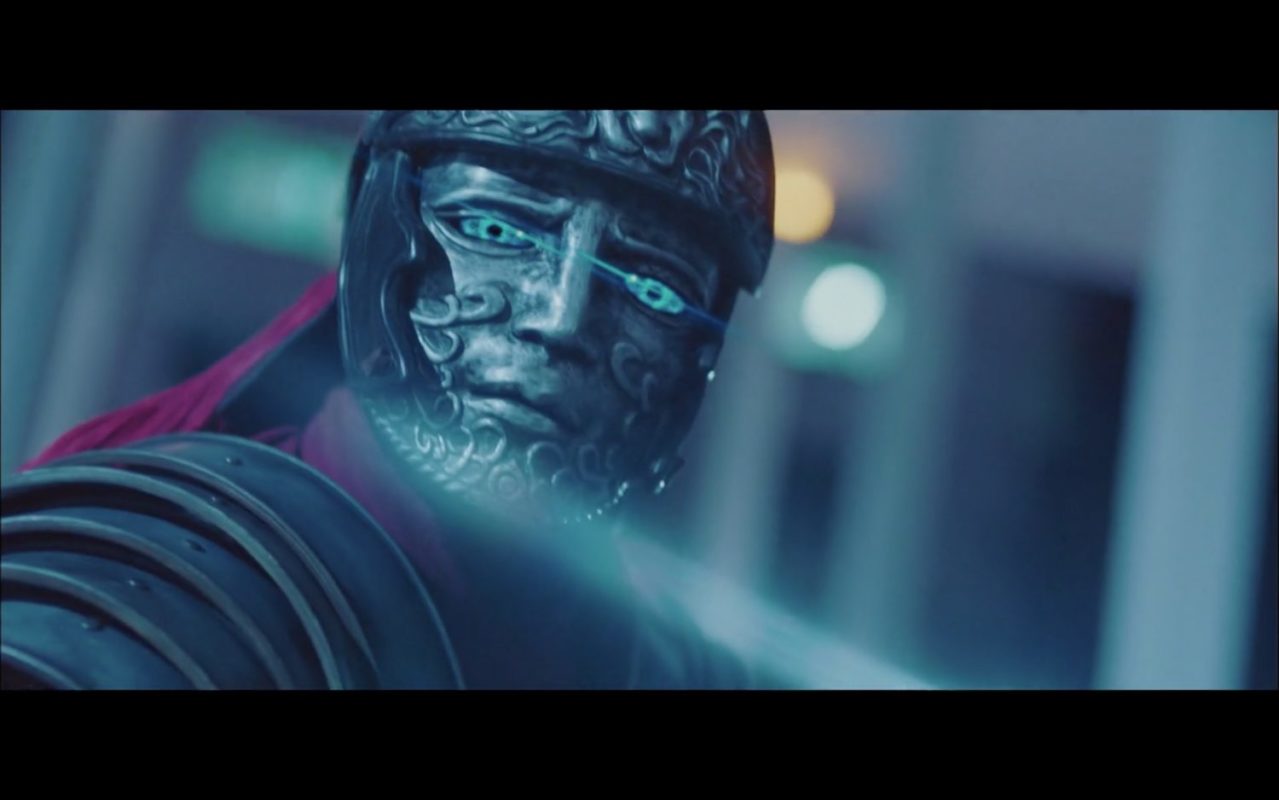 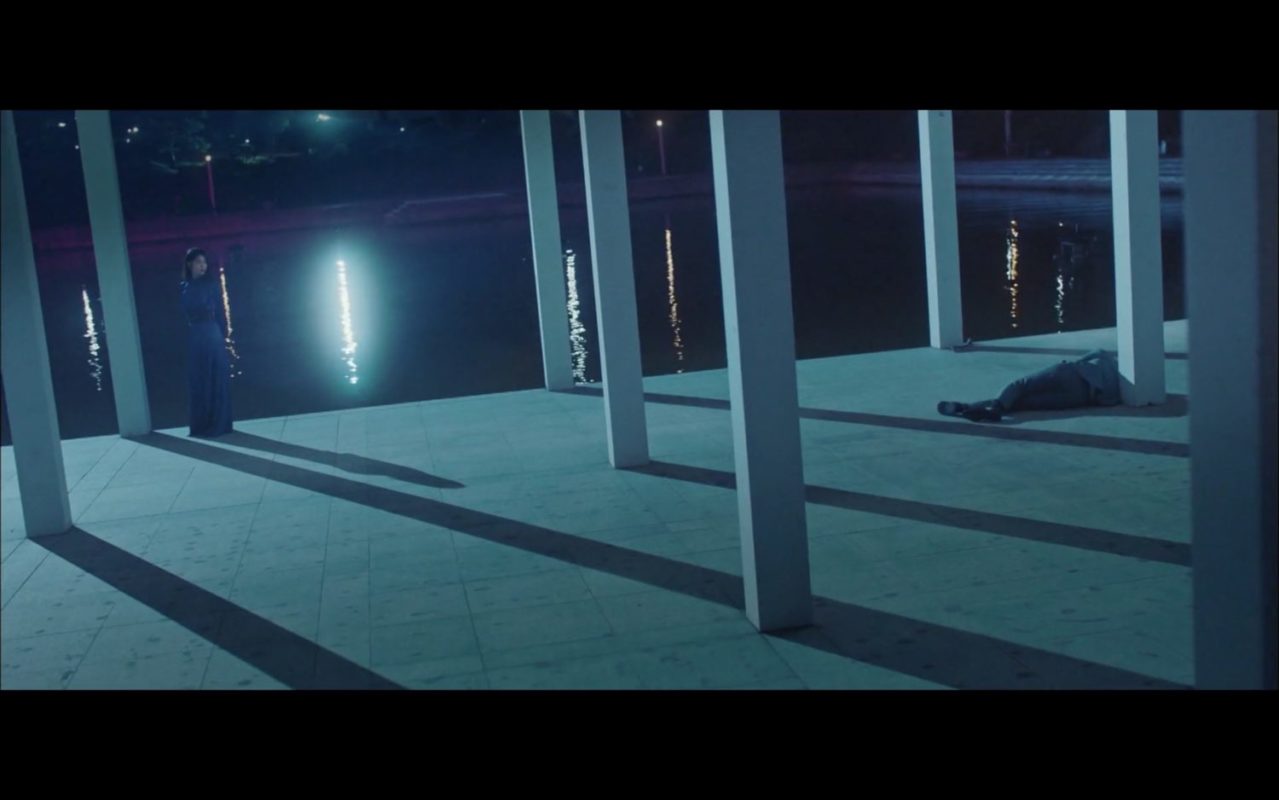 When a ghost that holds a deep grudge attacks Koo Chan-sung (Yeo Jin-goo), he runs out of the hotel to the Lions Lake [라이온스레이크] of this campus in episode 2 (nearly at the end) of Hotel Del Luna (호텔 델루나) (tvN, 2019), while being followed closely by the ghost in a knights amour. When he is about to be killed, Jang Man-wol (IU/Lee Ji-eun) comes in to rescue him just before he passes out.

Hanyang University [한양대학교], established in 1939, is a private university in South Korea that particularly made a name for itself in the field of engineering. The main campus of this university is located in Seoul and its second campus, the ERICA campus (short for ‘Education Research Industry Cluster at Ansan’) [한양대학교 에리카캠퍼스/한양대학교 ERICA캠퍼스], is located in Ansan’s neighborhood of Sa [Sa-dong/사동] in the Sangnok District [Sangnok-gu/상록구]. Actors and actresses like Gang Dong-won, Ji Sung, Lee Byung-hun, Jang Keun-suk, Jeon Soo-kyung, Kim So-hyun, and Ha Seok-jin graduated from this university.