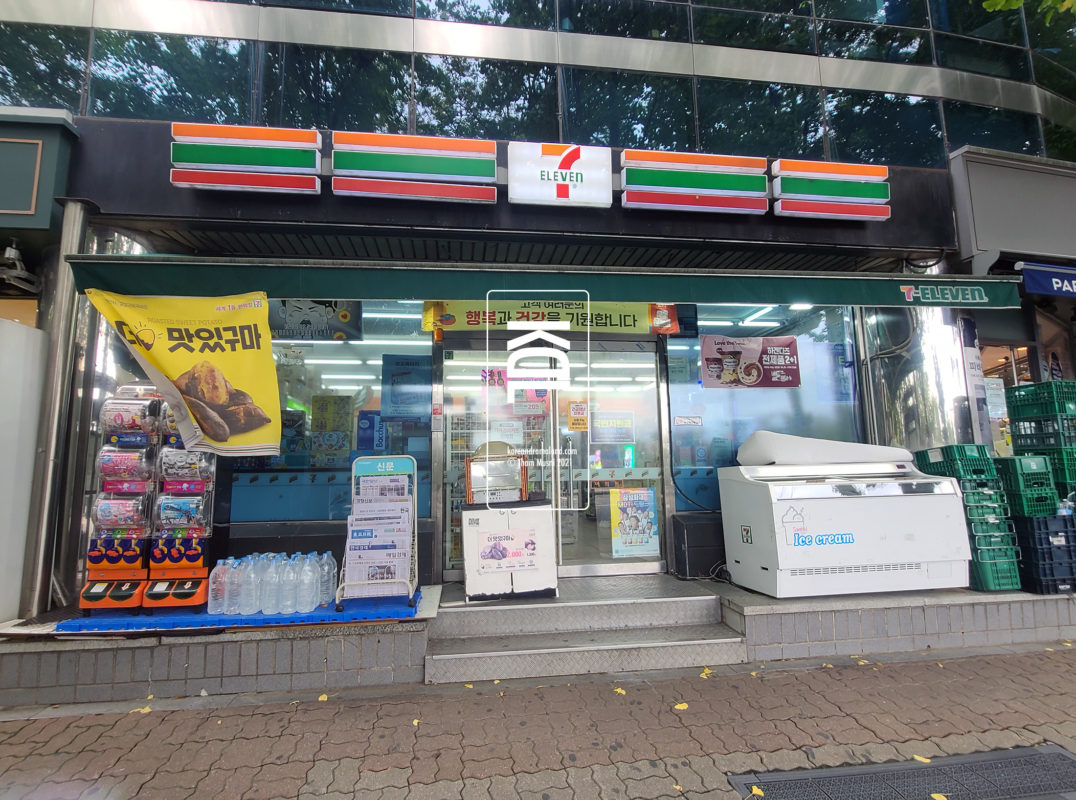 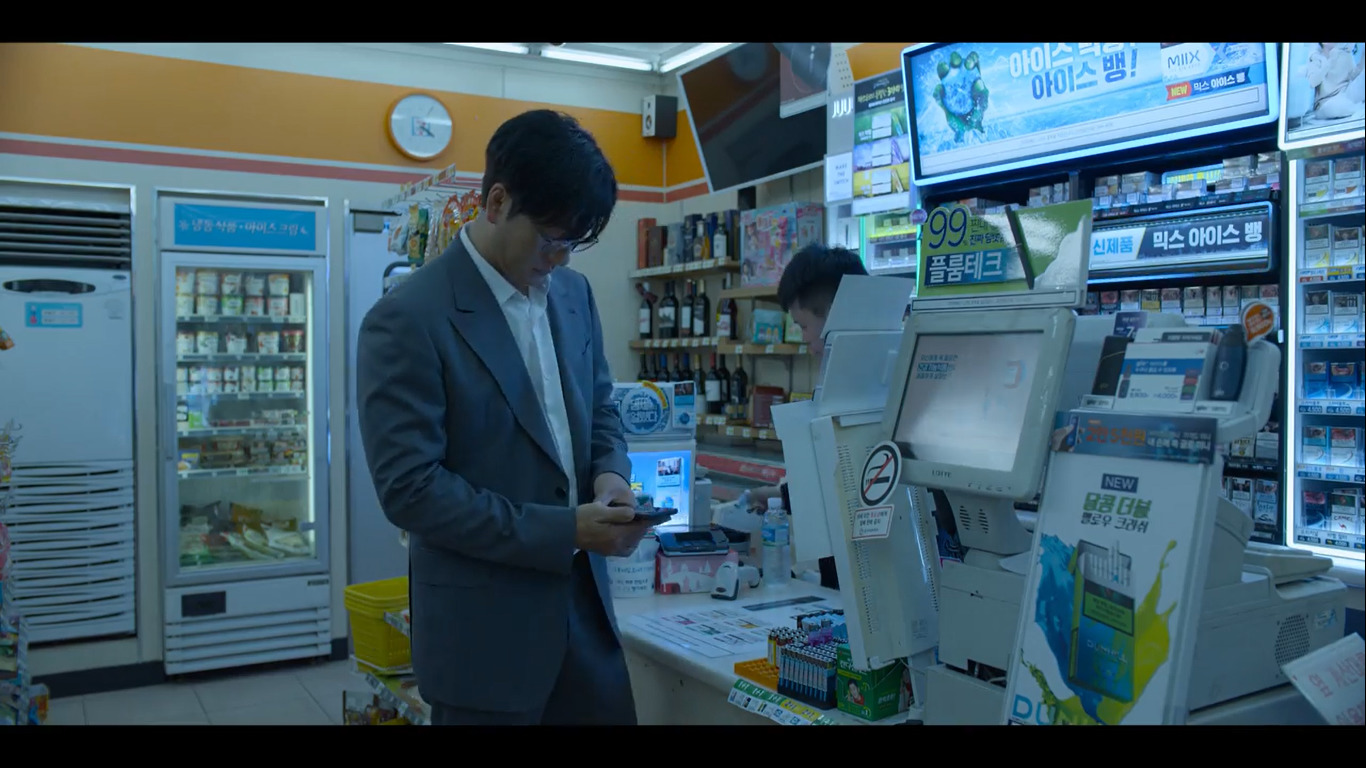 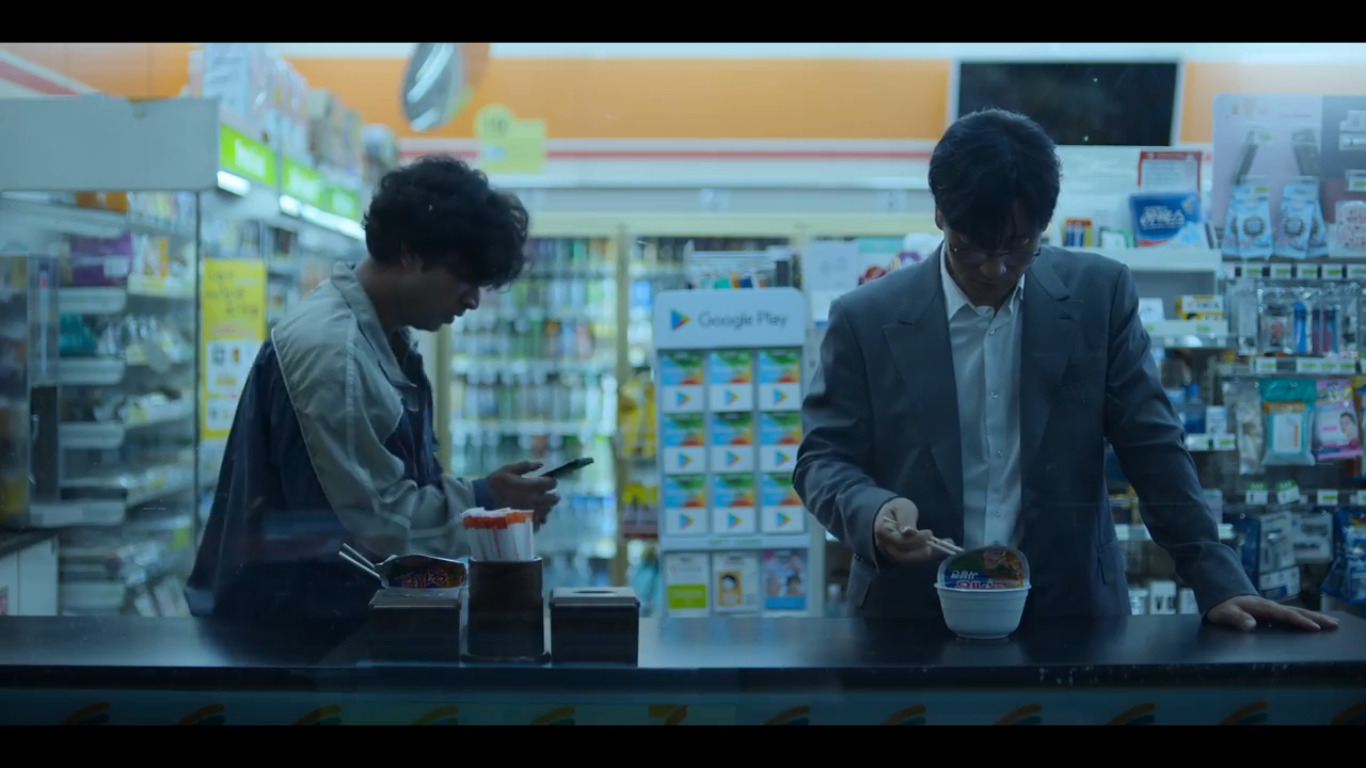 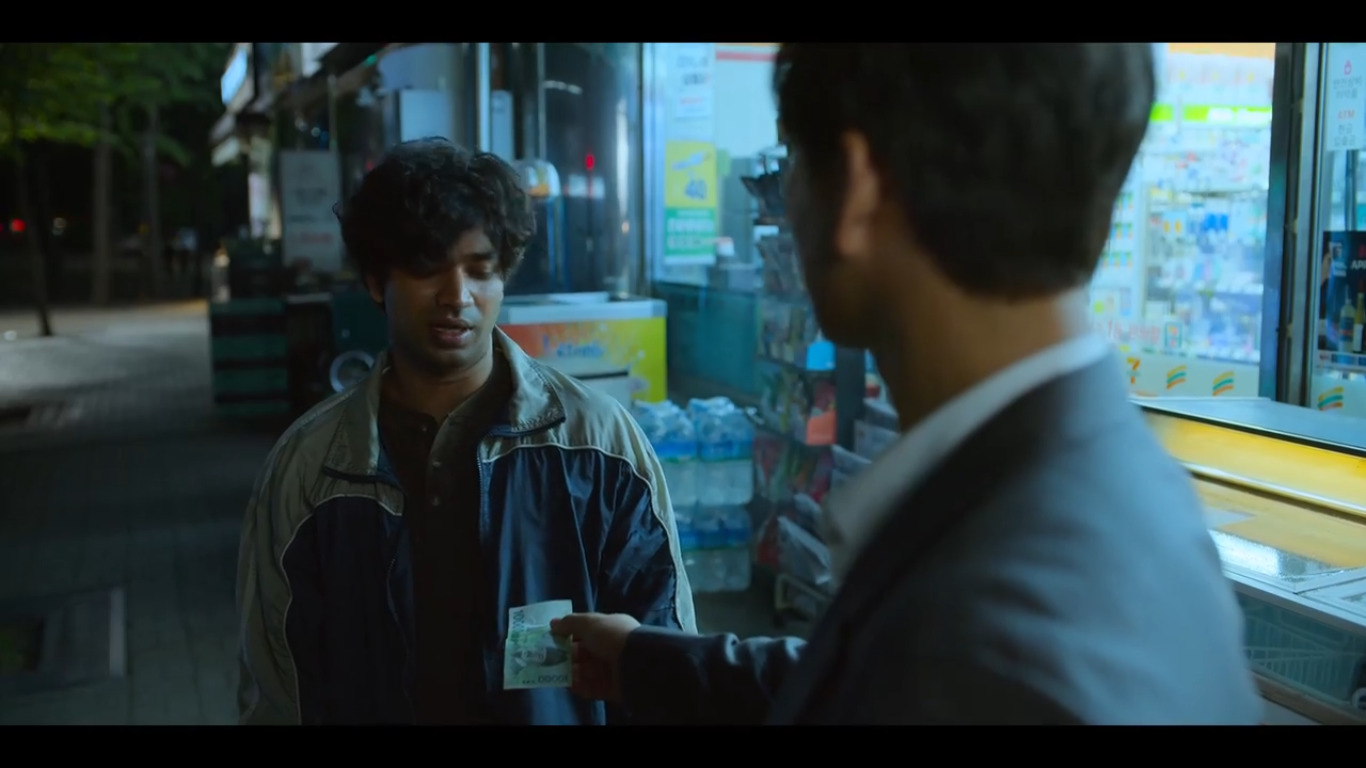 Cho Sang-woo (Park Hae-soo) and Ali Abdul (Tripathi Anupam) eat ramen while Sang-woo’s phone is charging at this 7-Eleven store, after being returned to Seoul in episode 2 of Squid Game (오징어게임) (Netflix, 2021). Sang-woo’s phone has received many messages about debt recovery and prosecution, but he gives it to Ali, who rings his wife to lie about his absence. Not having any money, Ali prepares to walk 24 km home to Ansan, however Sang-woo insists on giving him the bus fare.

7-Eleven — Yeoui Branch [세븐일레븐 여의점] is a branch of the North American convenience store chain 7-Eleven [세븐일레븐], which opened its first store in South Korea in 1989 with a franchise license under the Lotte Corporation [롯데 그룹].