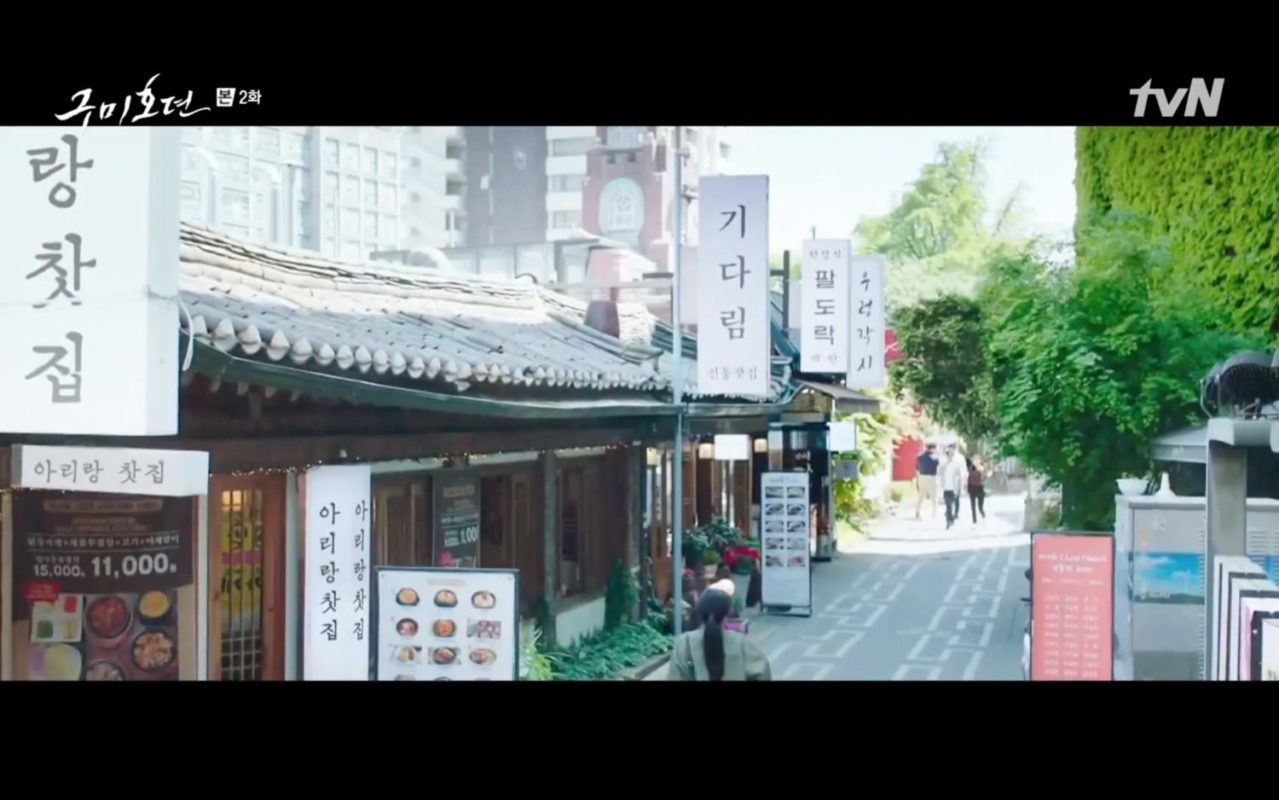 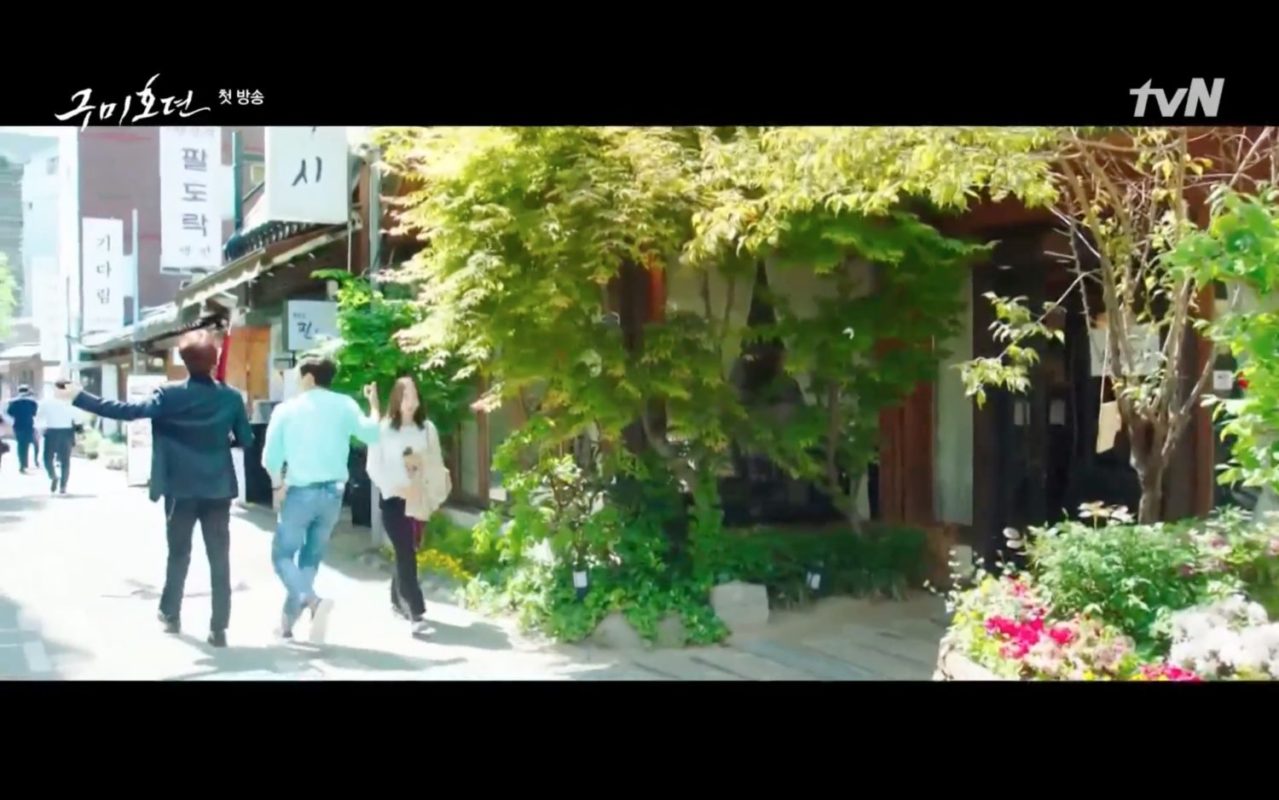 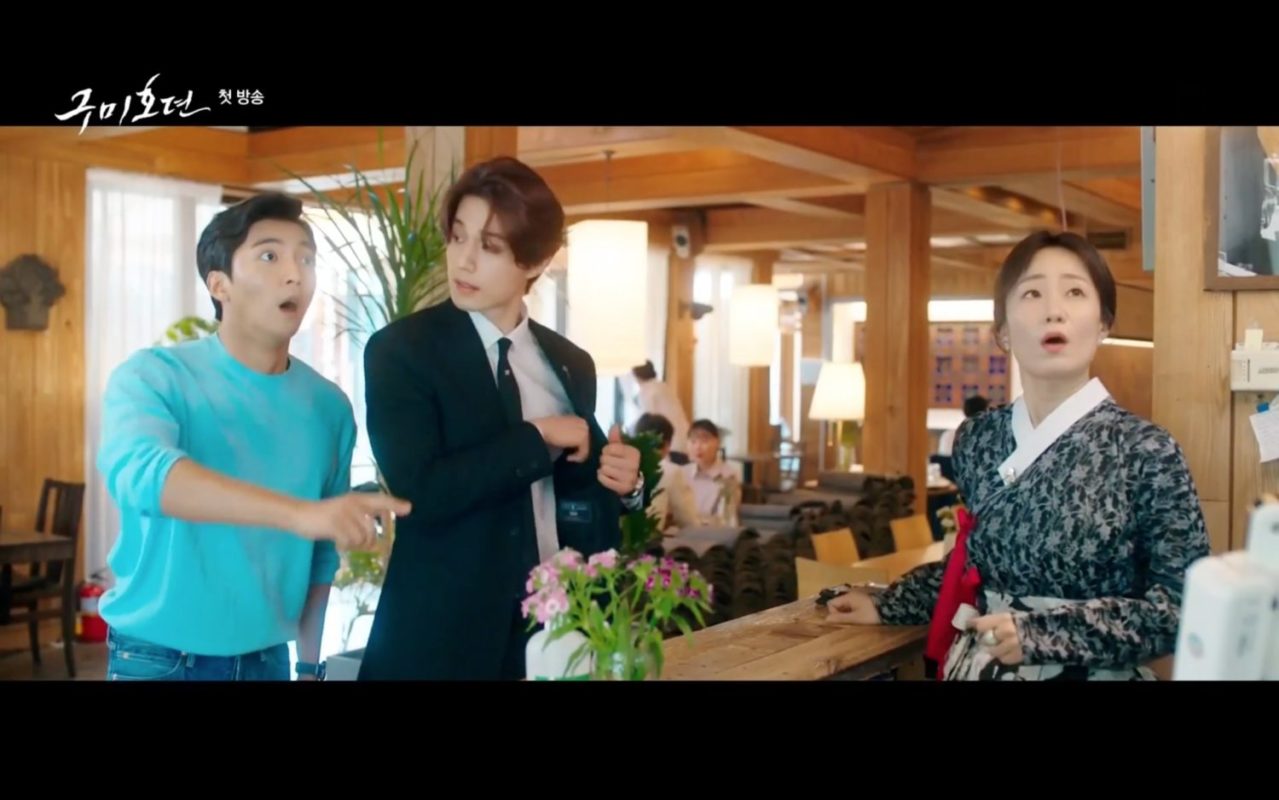 Lee Yeon (Lee Dong-Wook) is a regular at this teahouse (appearing as ‘The Snail Bride’) in Tale of the Nine Tailed/Tale of The Nine-Tailed Fox (구미호뎐) (tvN, 2020). In episode 1, he eats a traditional lunch here and is joined by his best friend and fellow kumiho Goo Shin-joo (Hwang Hee) and both Shin-joo and the café owner Bok Hye-ja (Kim Soo-jin) tell him to be cautious around investigative TV show director Nam Ji-a (Jo Bo-ah); in particular, to hide his red umbrella for a while. In episode 2, he meets up with Ji-a here.

Hanok Tea House [한옥찻집] is a traditional tea house located in a large renovated hanok in Seoul’s neighborhood Gwanhun [Gwanhun-dong/관훈동] — under the administration of Jongno-1.2.3.4 ga-dong/Jongno 1(il).2(i).3(sam).4(sa) [종로1.2.3.4가동] — in the Jongno District [Jongno-gu/종로구] — which makes up part of popular tourist area Insadong. The teahouse serves many varieties of tea, coffee and traditional desserts. The area inside the entrance in Insadong 12-gil is western style seating, while further back is traditional seating and a no-shoe area, with access to a courtyard and small garden, which is popular on warmer days. It appears that the teahouse may be three buildings joined together, which forms the courtyard area. In the drama Tale of the Nine Tailed, the actor Lee Dong-wook eats a large Korean meal with many side dishes, however, the actual teahouse only serves drinks and desserts. Also, the room in which Lee has his meal is not part of this teahouse.

The restaurant’s name in The Tale of the Nine Tailed, “The Snail Bride”, refers to the Korean folktale Ureongi gaksi (우렁이 각시, The Snail Bride), where a seonnyeo (fairy) was banished from heaven and lived on earth in a snail shell. Found by a poor man, he takes the shell home, and the fairy secretly cooks wonderful meals for the man and his mother. After discovering the beautiful fairy, they fall in love, and he insists that they get married, but he has to wait three days. Because of the taboo between noble heavenly beings and lowly humans being united in love, the story generally ends badly.

— submitted by Marion KDL and sarahms