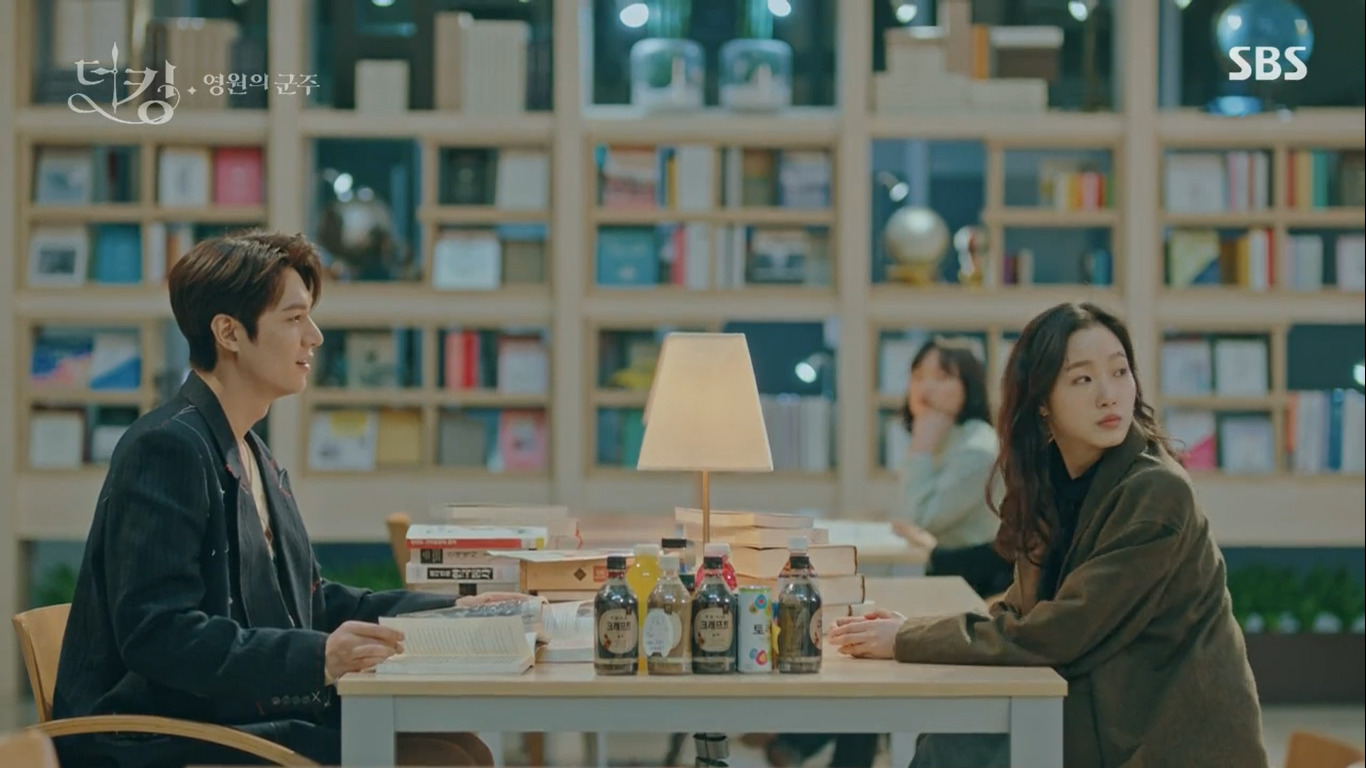 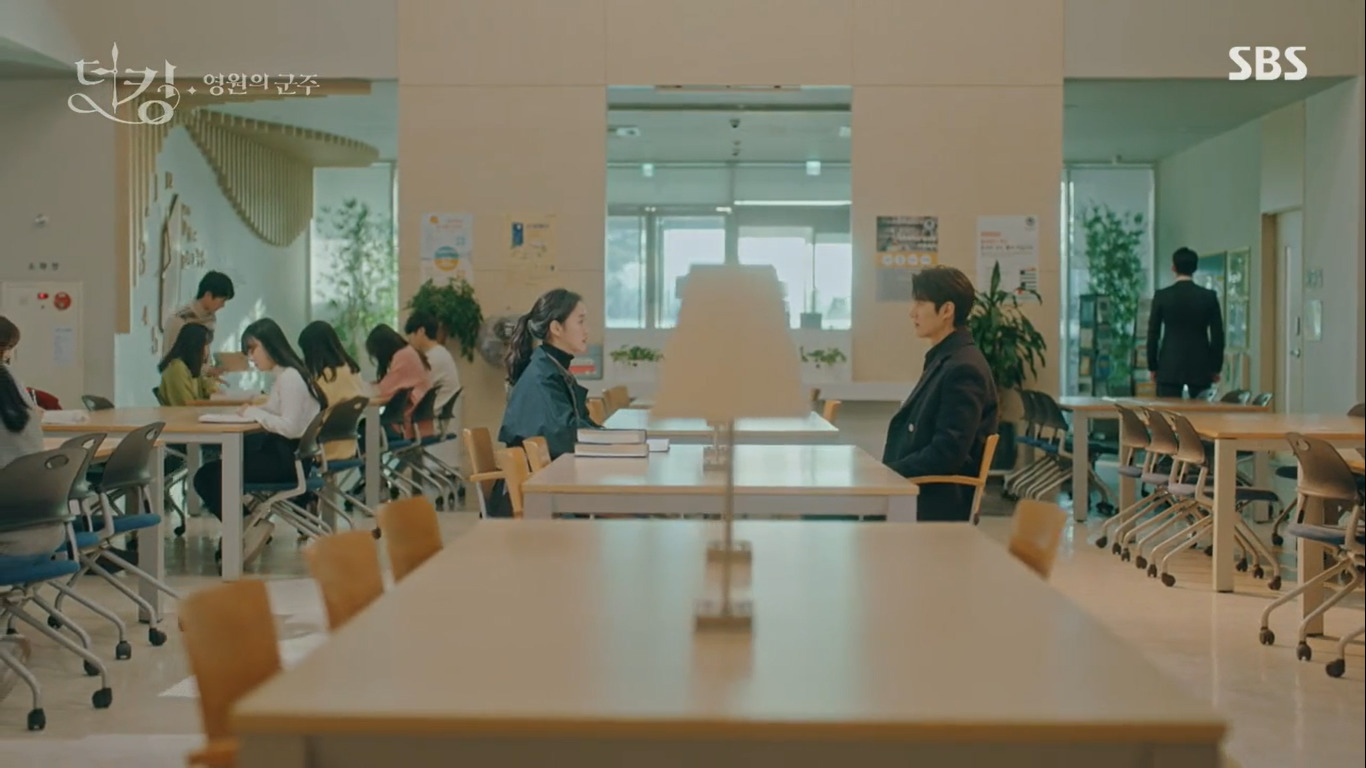 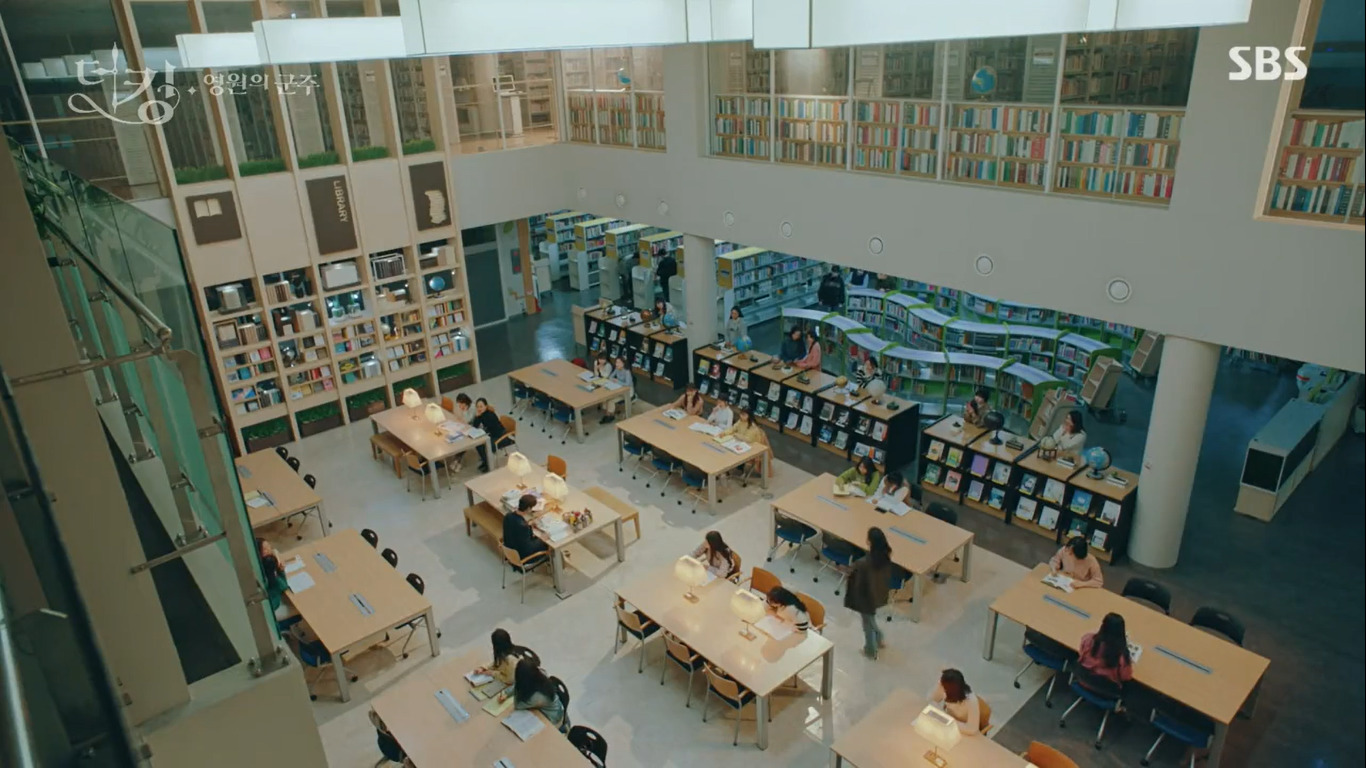 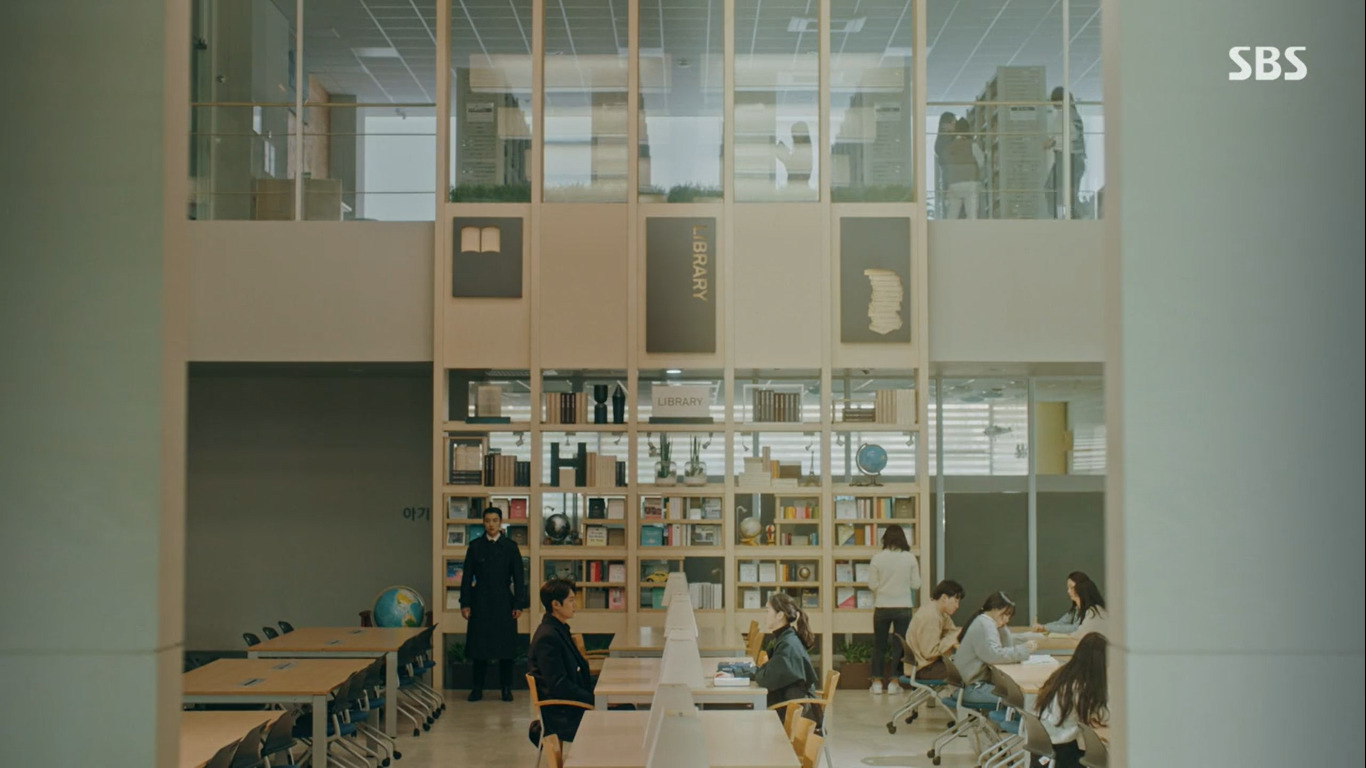 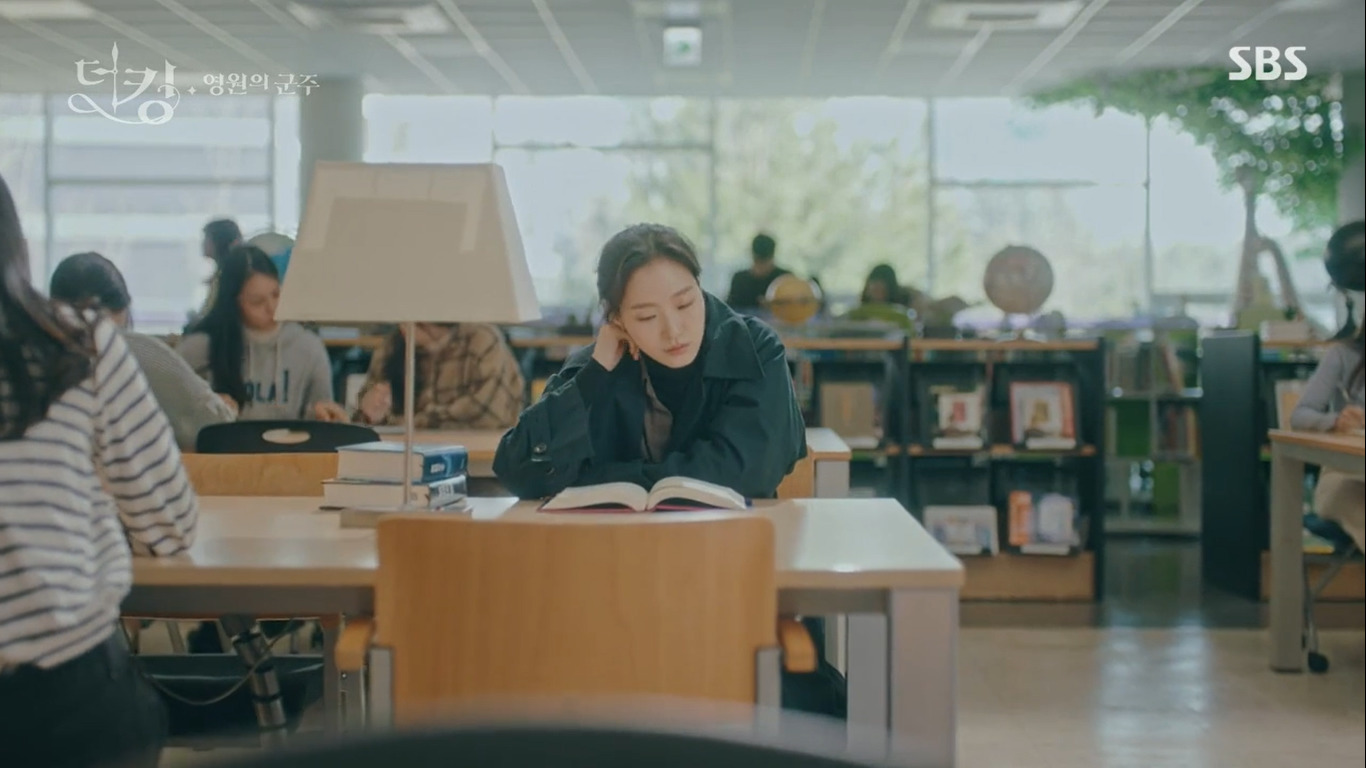 It was in this public library in episode 2 of The King: Eternal Monarch (더킹:영원의 군주) (SBS, 2020) where King Lee Gon (Lee Min-ho) studied the history of the Republic of Korea for three days, and received many gifts of drinks and snacks from admiring female students. Later, in episode 4, Lee Gon searched for, and found the same library which existed in his own world, the Kingdom of Corea, and visited the library, which had been emptied except for his security guards. At the same time in the Republic of Korea, Jeong Tae-eul (Kim Go-eun) also revisited the crowded library to research parallel worlds.

Hallim Library [한림 도서관], opened in June 2014, is one of Suwon’s public libraries located in the city’s neighborhood Gokseon [Gokseon-dong/곡선동] in the Gwonseon District [Gwonseon-gu/권선구]. The library prides itself on being a space for “A Space for Nature, Culture and People to Communicate”( “자연, 문화 그리고 사람 소통하는 공간”), a slogan that is displayed within the library. In its first year of operation, the library had more than 40,000 books, regular art displays from local artists and designated study and family areas.

This library is not to be confused with homonymous Hallym Library located in Chuncheon that is part of the same-named university. Please note that both visits in The King: Eternal Monarch were seamlessly edited together; however, the library flashback scenes in final episodes were filmed at a different library (and they thought we wouldn’t notice!).