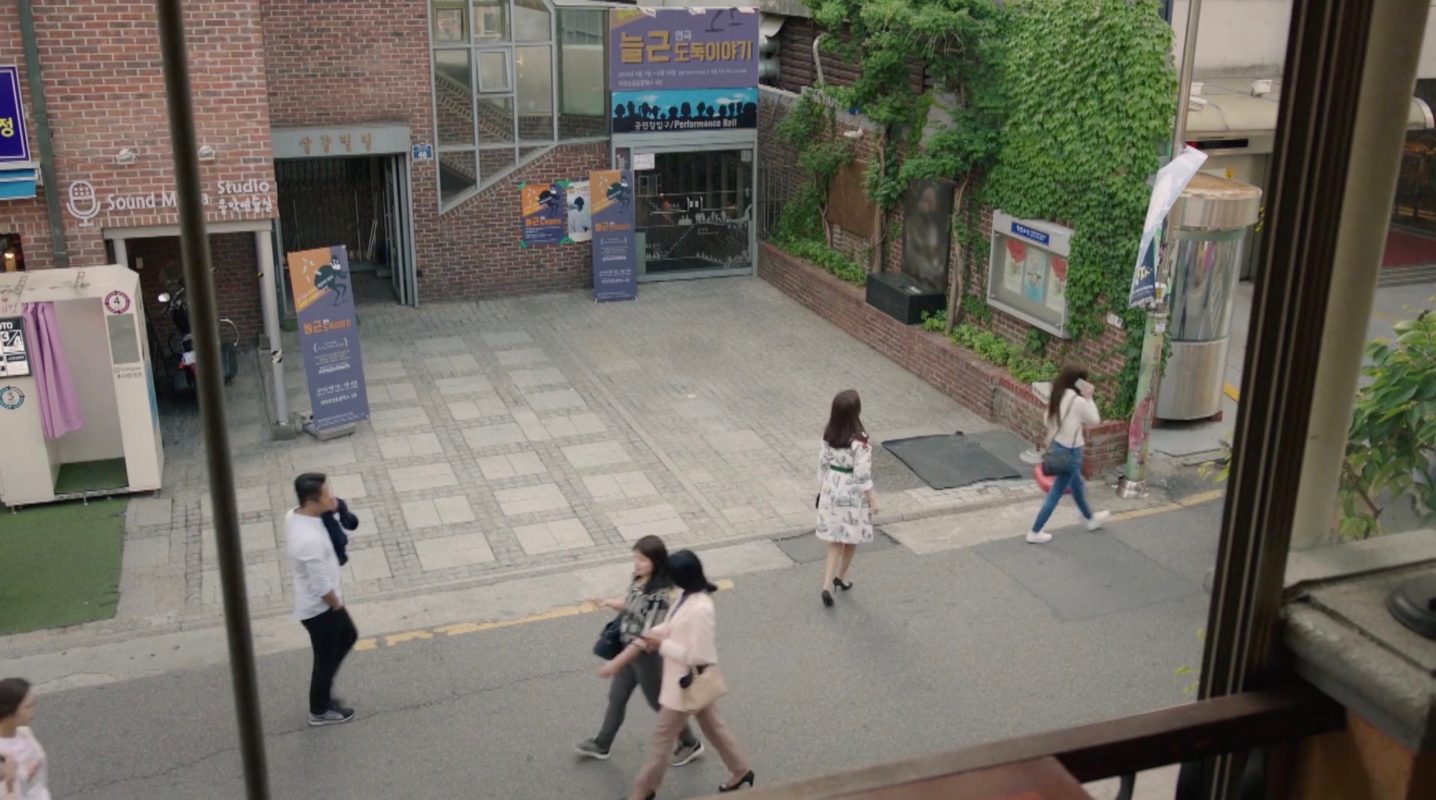 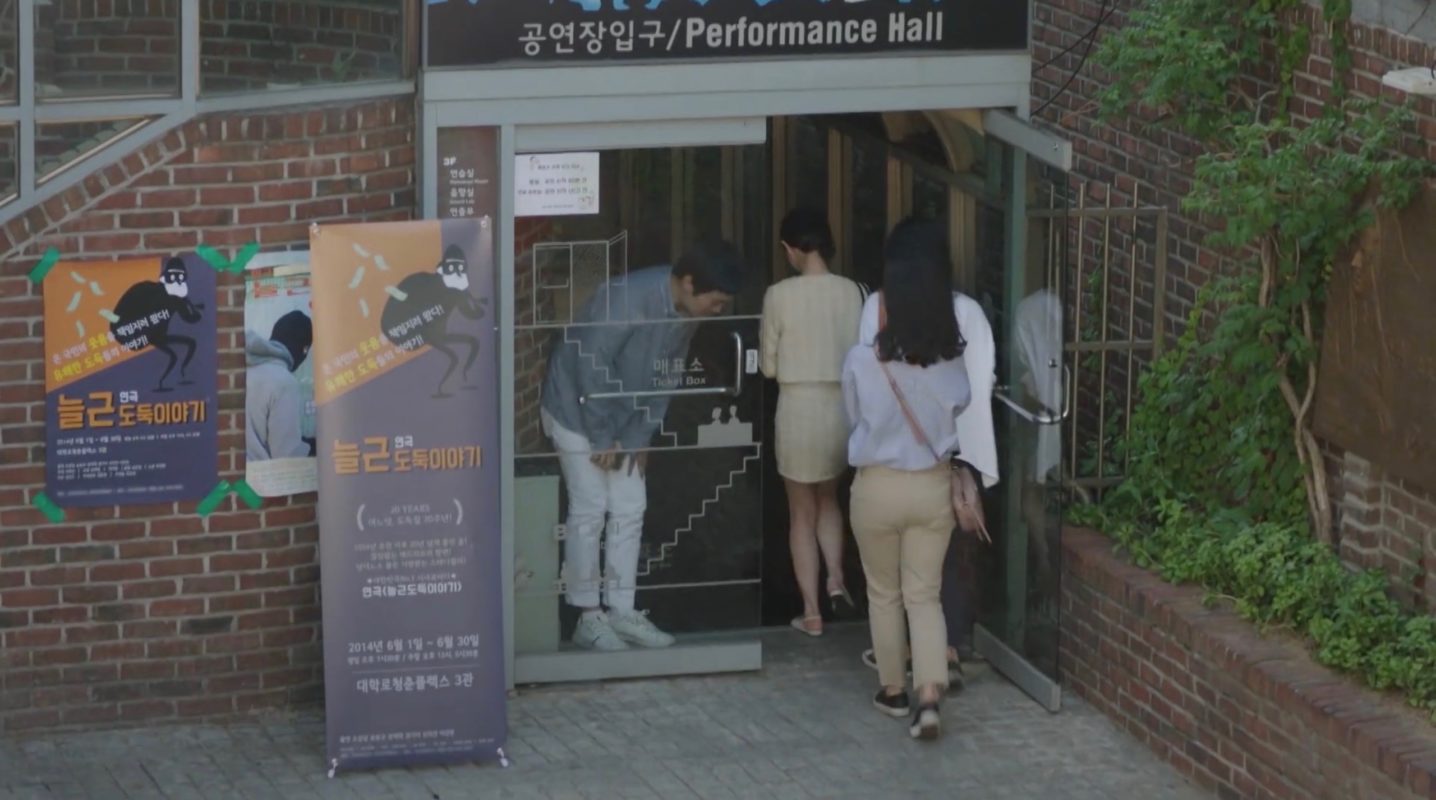 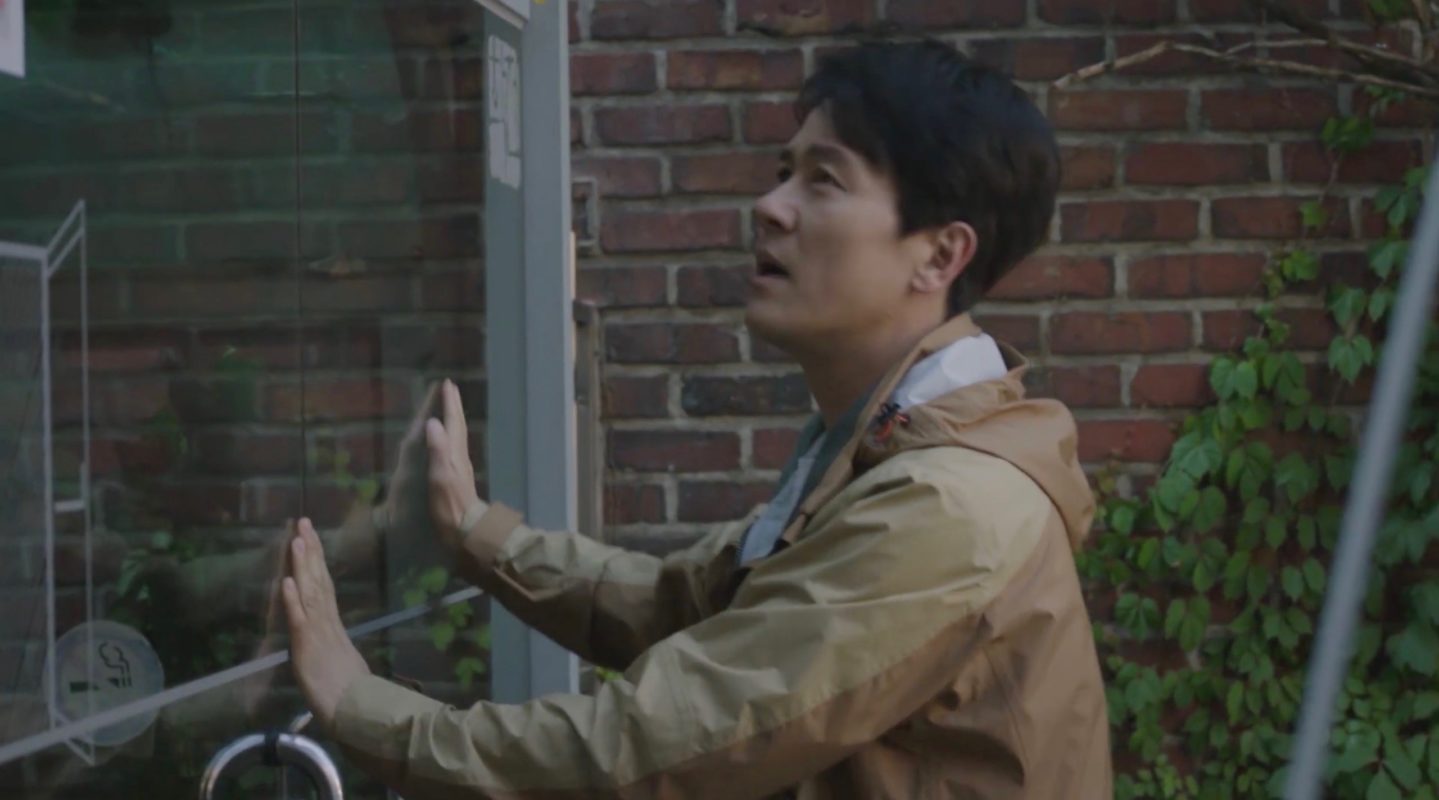 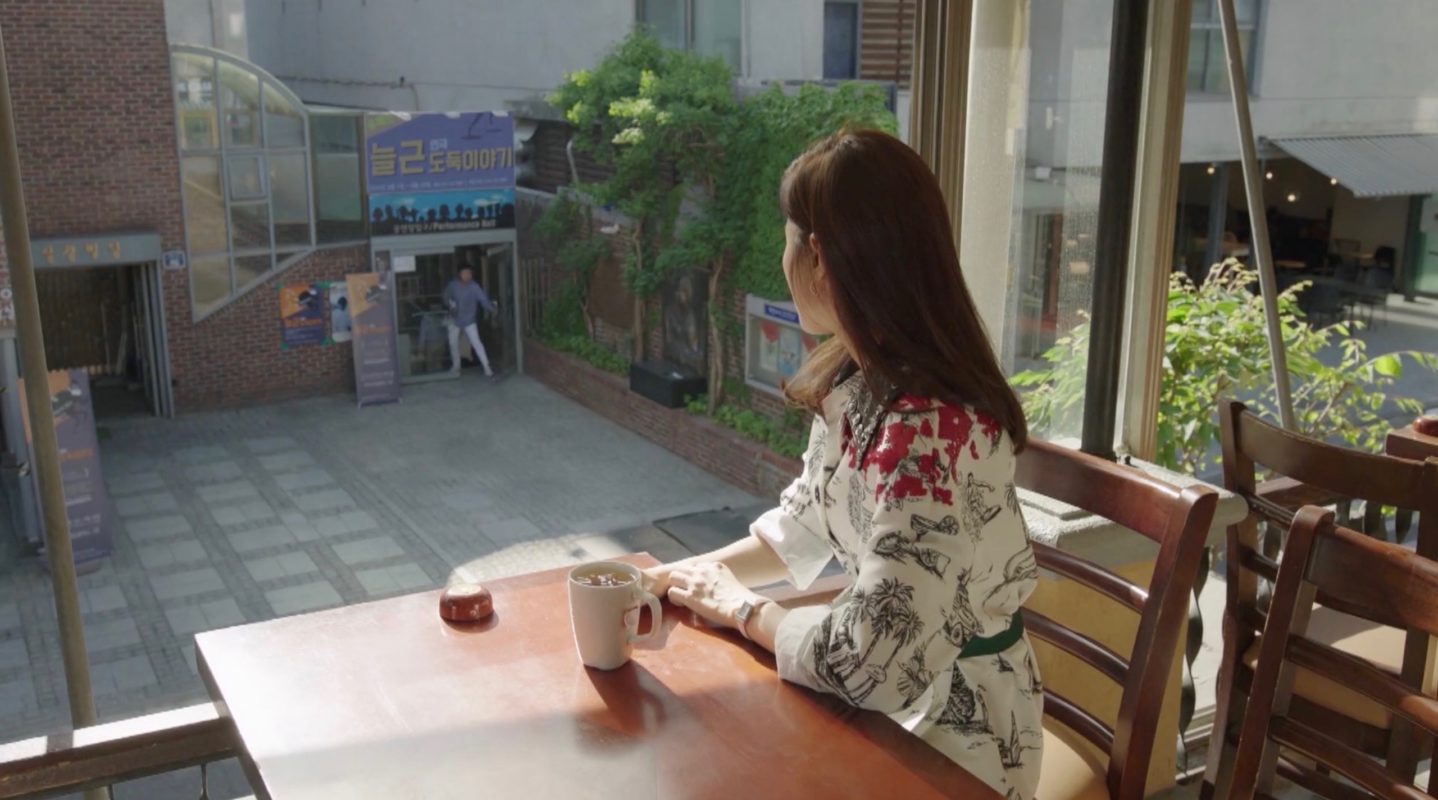 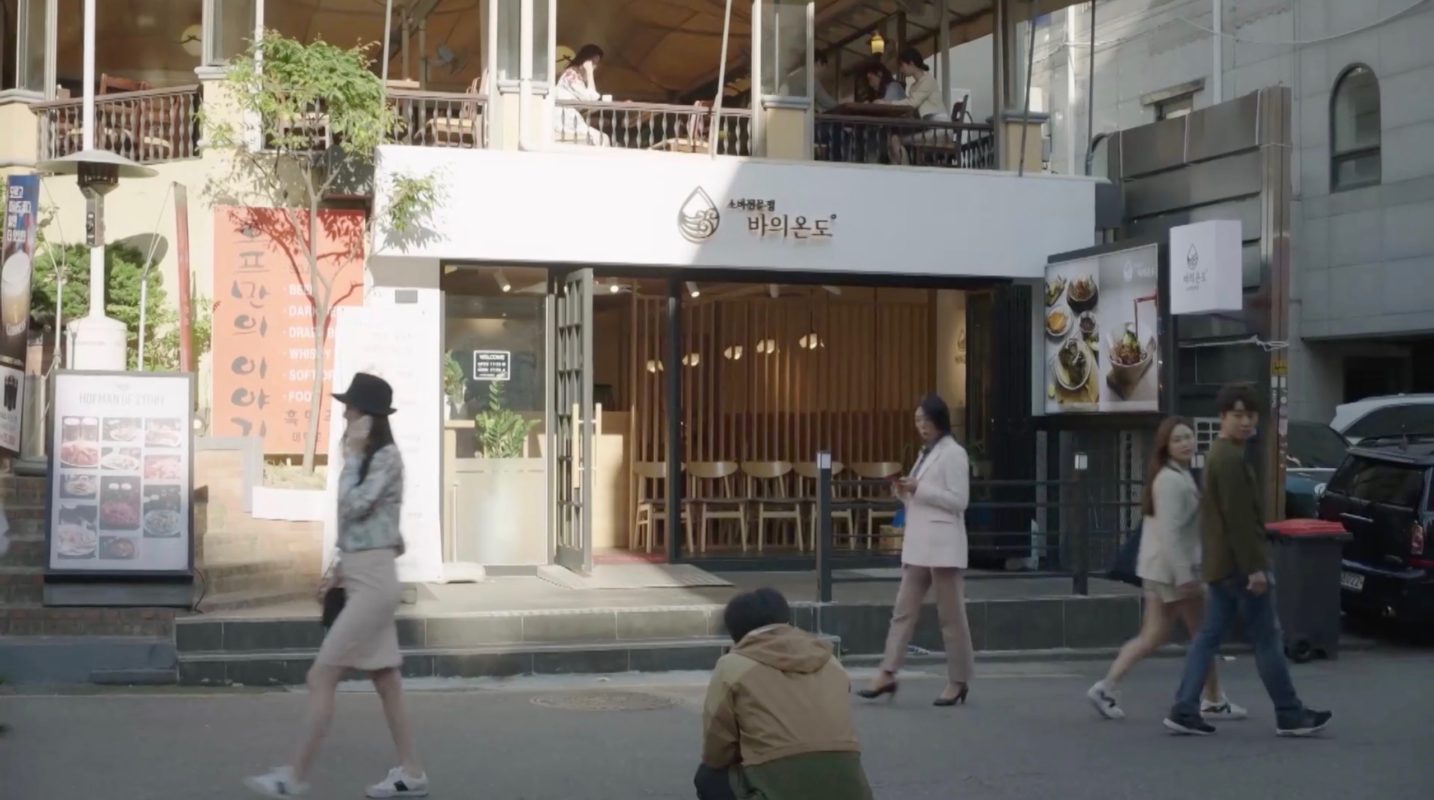 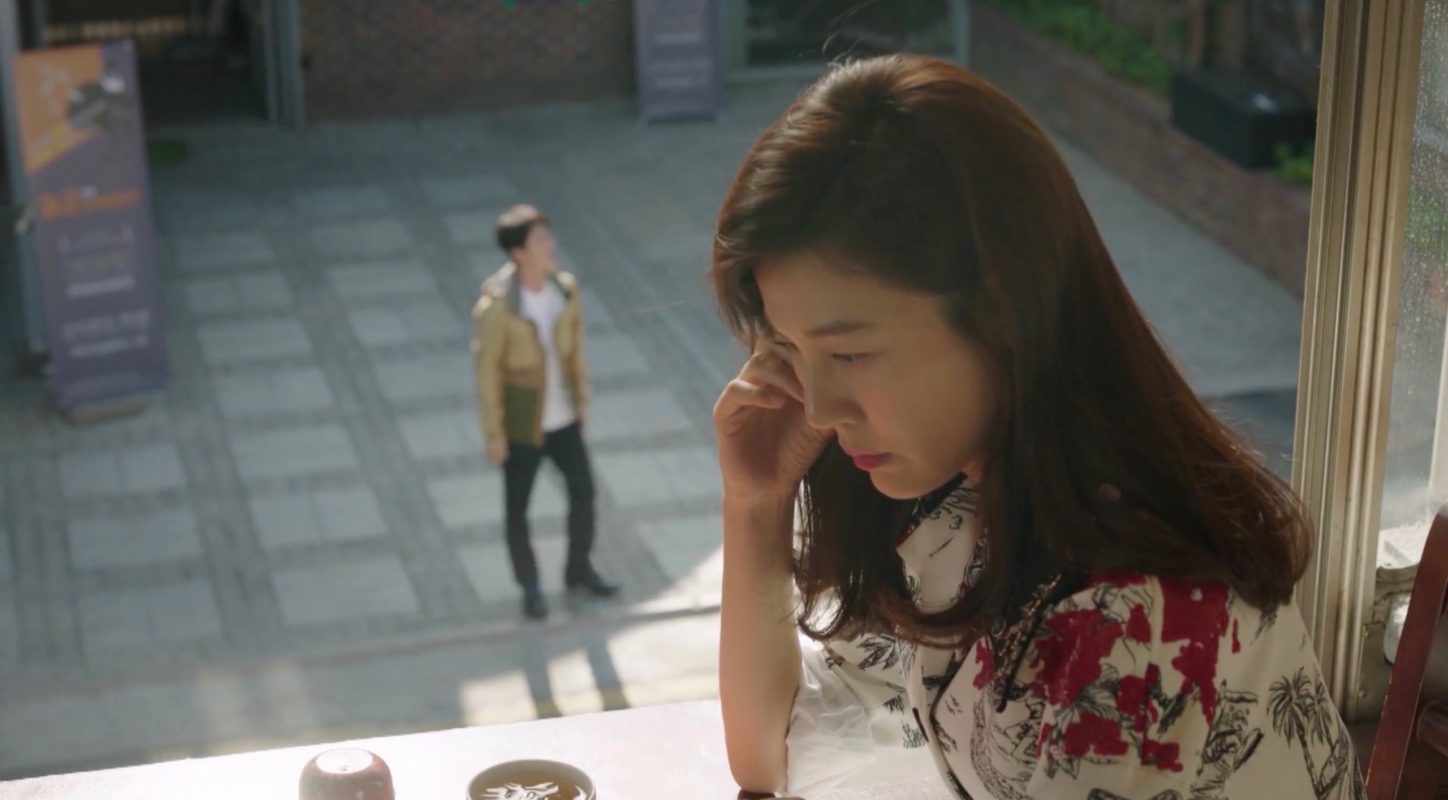 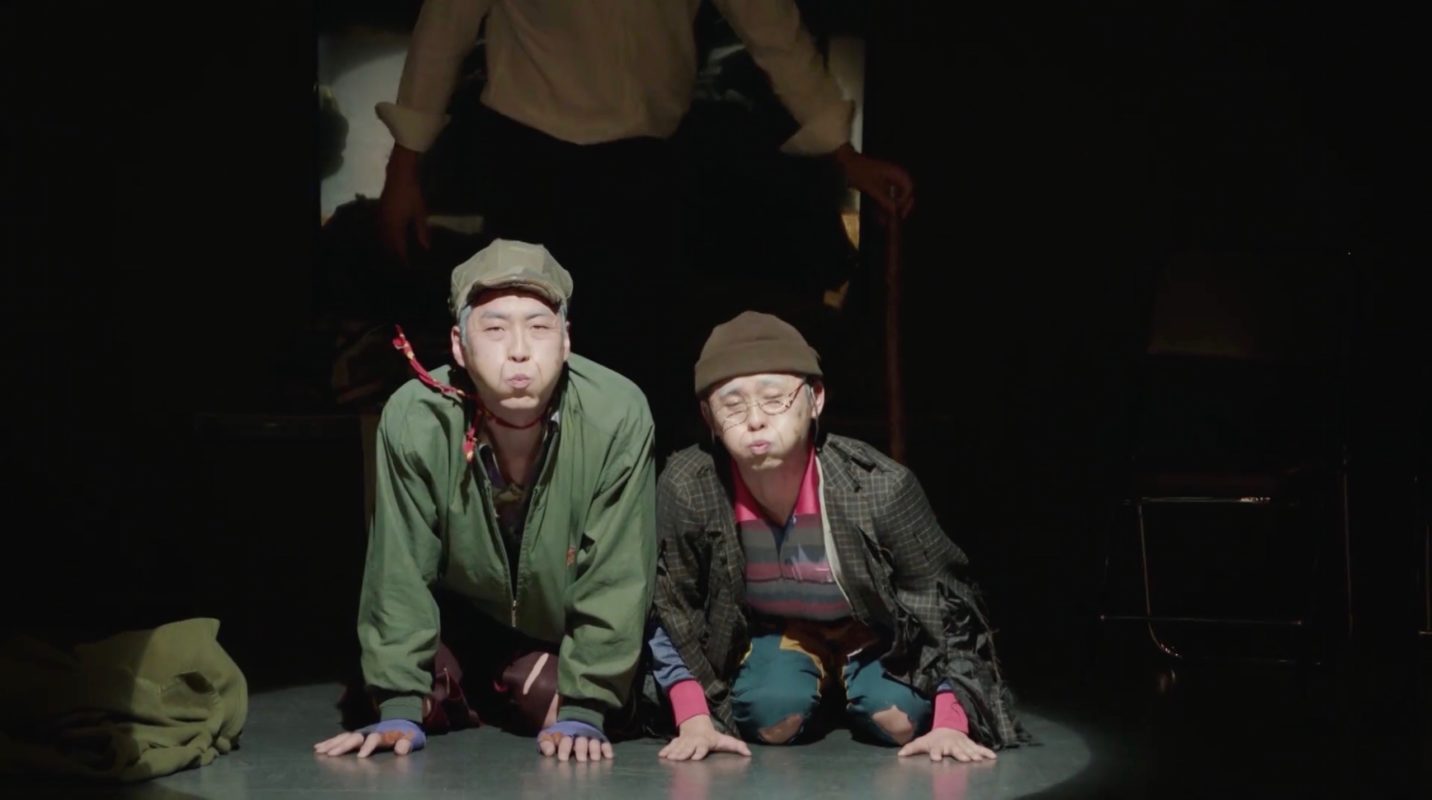 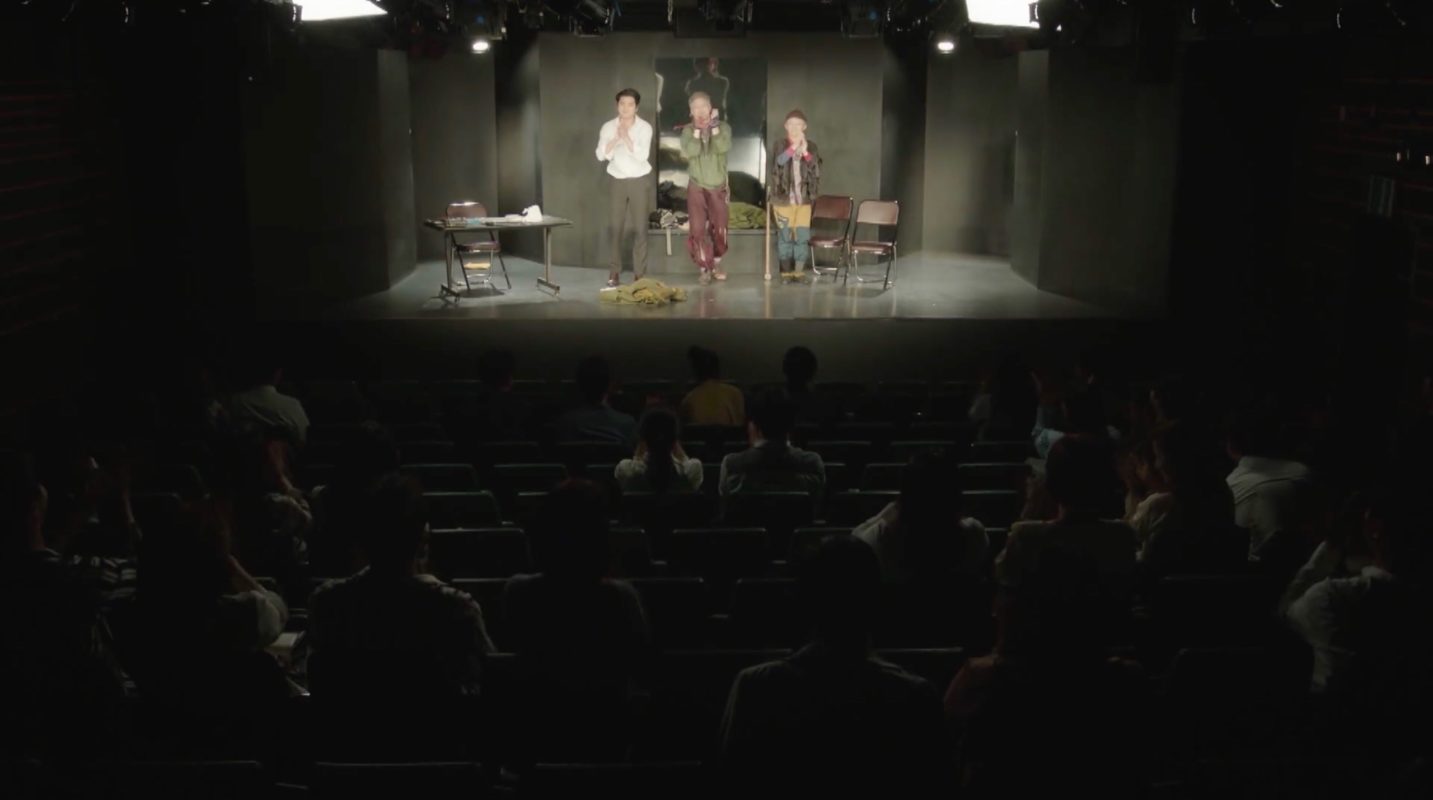 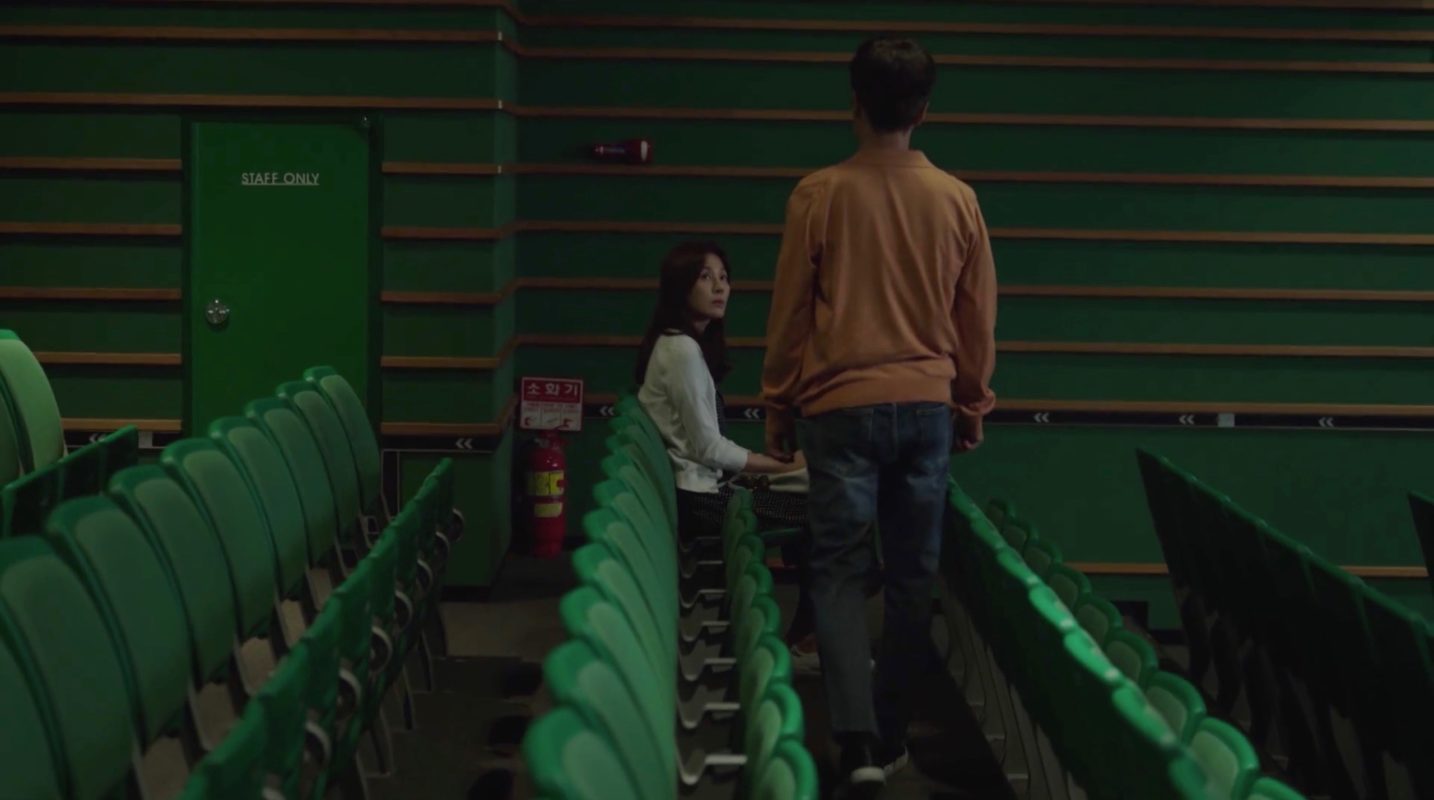 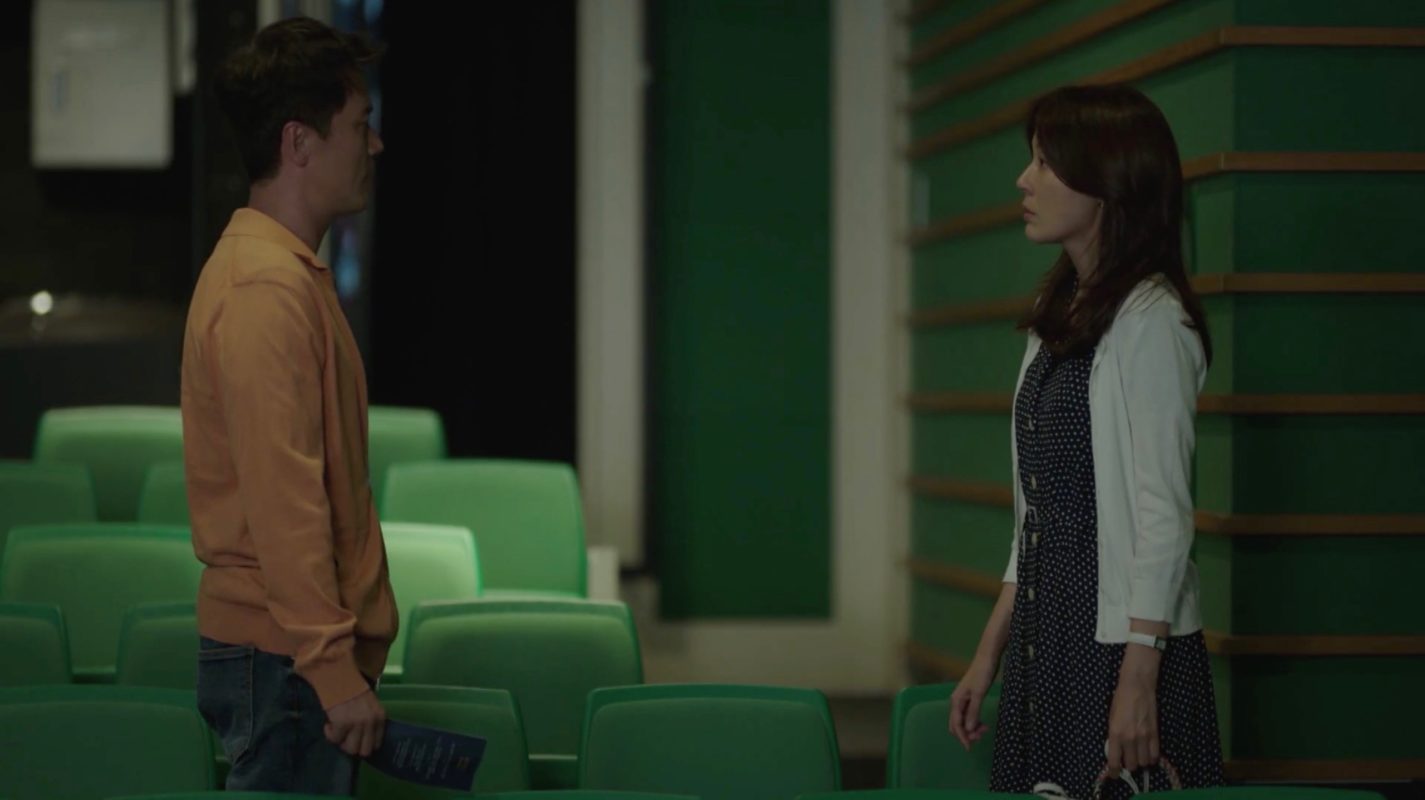 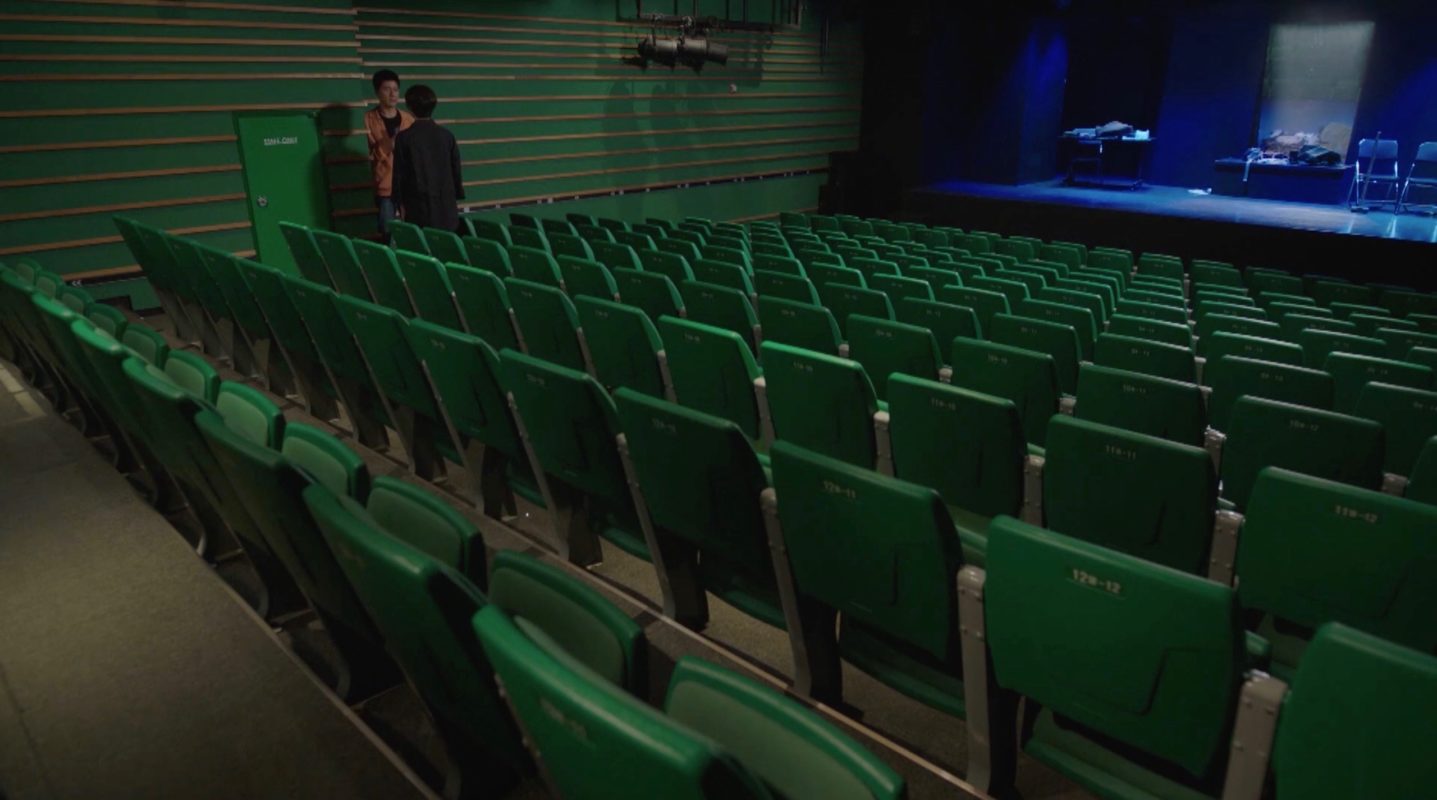 This is the theatre where Lee Soo-jin (Kim Ha-neul) –disguised as the “other woman” Yu-Jeong with a clever makeover and scheming to get a divorce via “infidelity”– was supposed to meet her husband Kwon Do-hun (Kam Woo-sung), to initiate an affair one month after they have spilt up. He rushes to this theatre at the set day in episode 5 of The Wind Blows (바람이 분다) (JTBC, 2019). But she has decided not to meet him, and is watching from upstairs of the restaurant Soba’s Temperature [소바의온도] opposite (around 43:20). They go their separate ways. They divorce, and five years later she accidentally meets him here (in episode 8) while the same play “The Story of Old Thieves” is being performed, but he now has dementia and doesn’t recognise her at first.

Hakchon Theatre – Blue Performance Hall [학전블루소극장] (or short Hakchon Blue), opened in 1991, is an award-winning performance space that hosts live concerts, musicals and plays. It was established as “a small, 198-seat experimental space” by famous singer Kim Min-ki (김민기). In 1996, he opened up a second, 186 seats theater close by and renamed the first theater Hakchon Blue Theatre whereas the second was named Hakchon Green Theatre. Hakchon Green closed doors in March 2013.

The Hakchon Theatre troupe is probably most famous for its adaption of the German play Linie 1 (Line 1) (based on Brecht’s Threepenny Opera), which “has become one of the nation’s most representative musicals with more than 4,000 performances over 15 years at home and abroad,” according to Korea Times.

— submitted by Sarah, with site details by Marion KDL