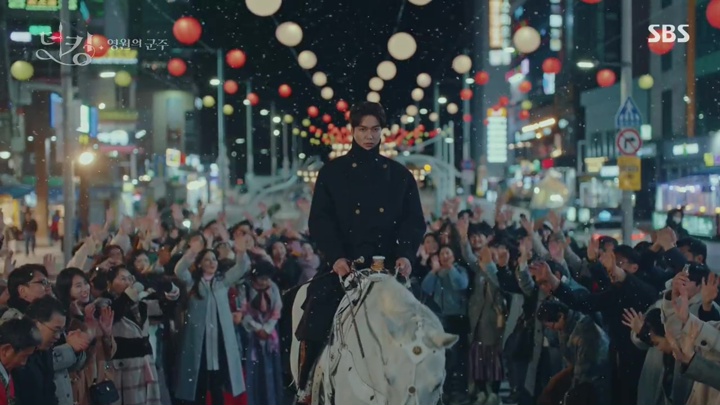 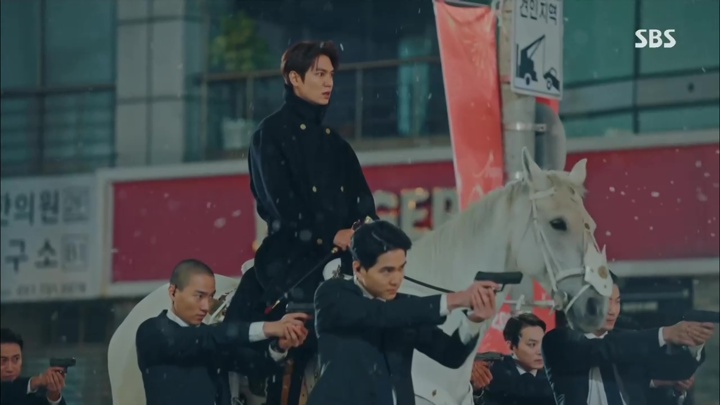 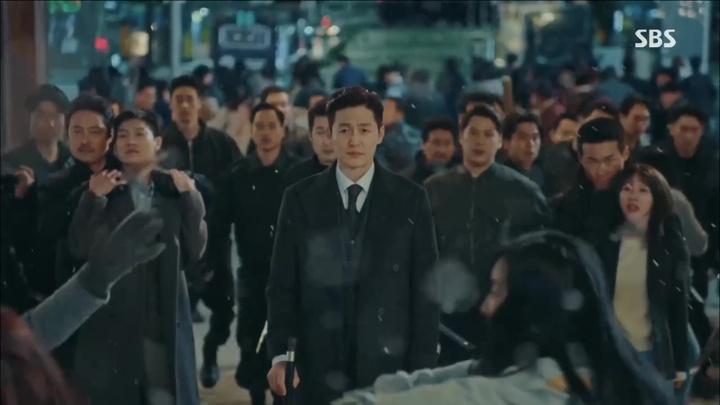 The King Lee Gon (Lee Minho) sets up a “New Year’s Moonlit Walk With The King” in episodes 9 and 10 of The King: Eternal Monarch (더킹:영원의 군주) (SBS, 2020) at the traditionally decorated and snowy Haeundae Square, to lure traitor and murderer Lee Lim (Lee Jung-Jin) out of hiding and to possibly capture him. [SPOILER] The plan backfires, with Jo Eun-sup (Woo Do-hwan) taking a bullet to protect the King, and Lee Lim and his men escape after taking hostages from the crowd and injuring them.

In 2017, it underwent a 3.8 billion won transformation into a two lane road with a central 30 meter wide pedestrian-orientated cultural plaza — which didn’t go down with local residents initially, saying there was no shade or aesthetics in the area. This space is now used for a regular art market, street performances, a water fountain show and free events for the Busan International Film Festival and the Busan One Asia Festival. The centre lane of Gunam-ro [구남로] is a car-free zone and has three busking areas: two music zones and one performance zone.

Haeundae Square is located in Busan’s neighborhood U [U-dong/우동] in the Haeundae District [Haeundae-gu/해운대구].