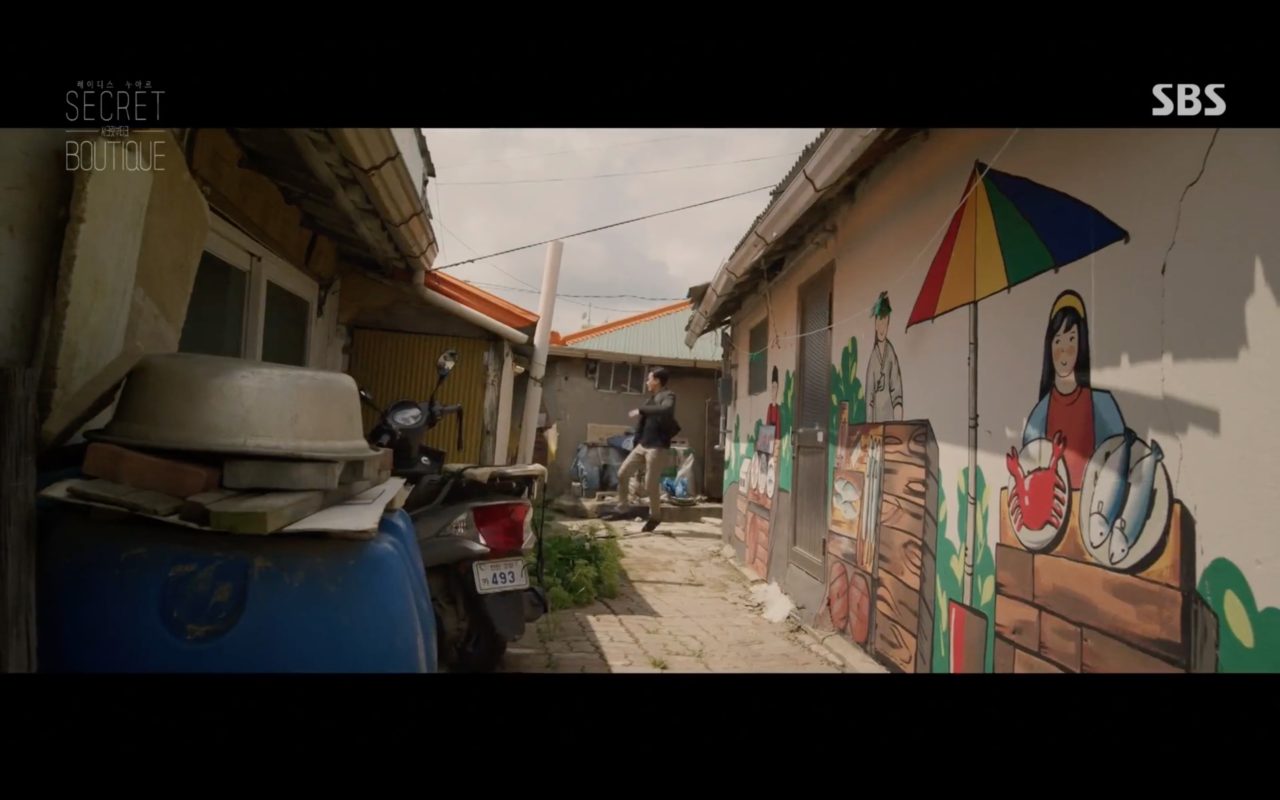 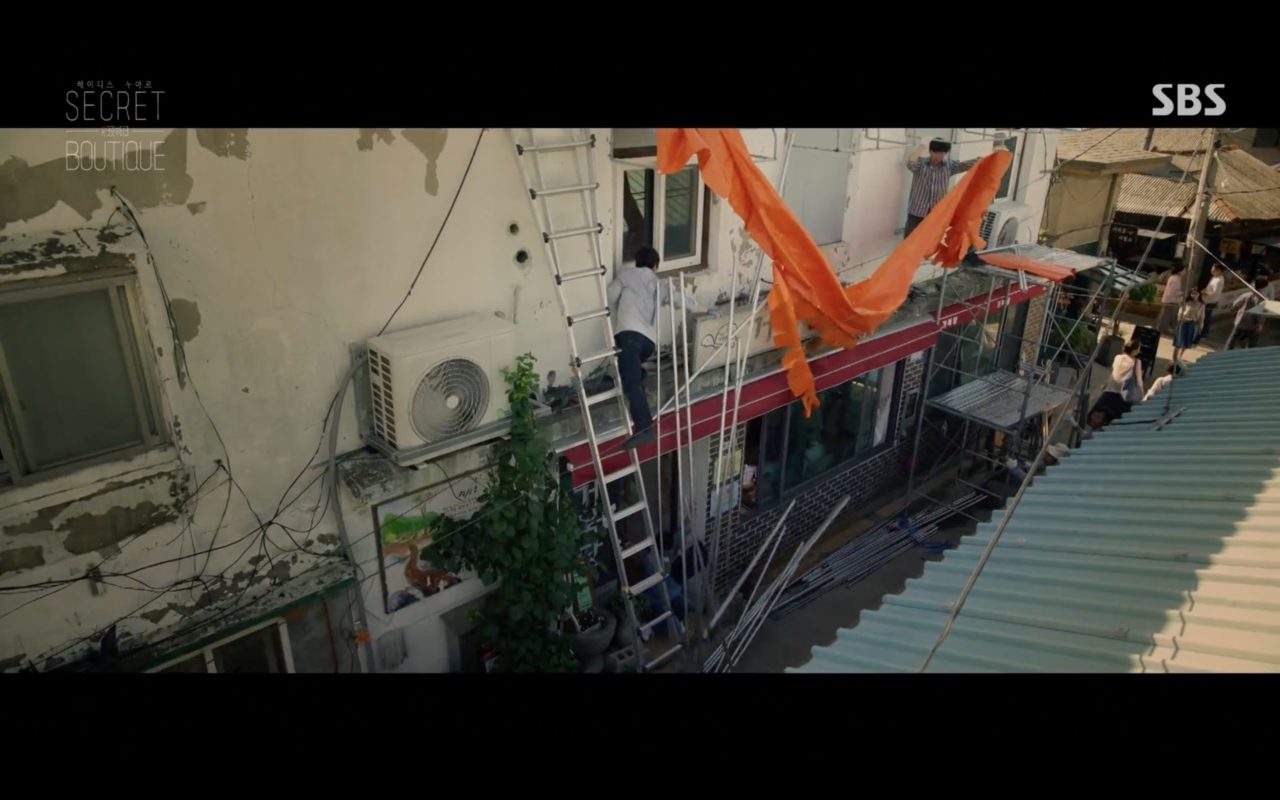 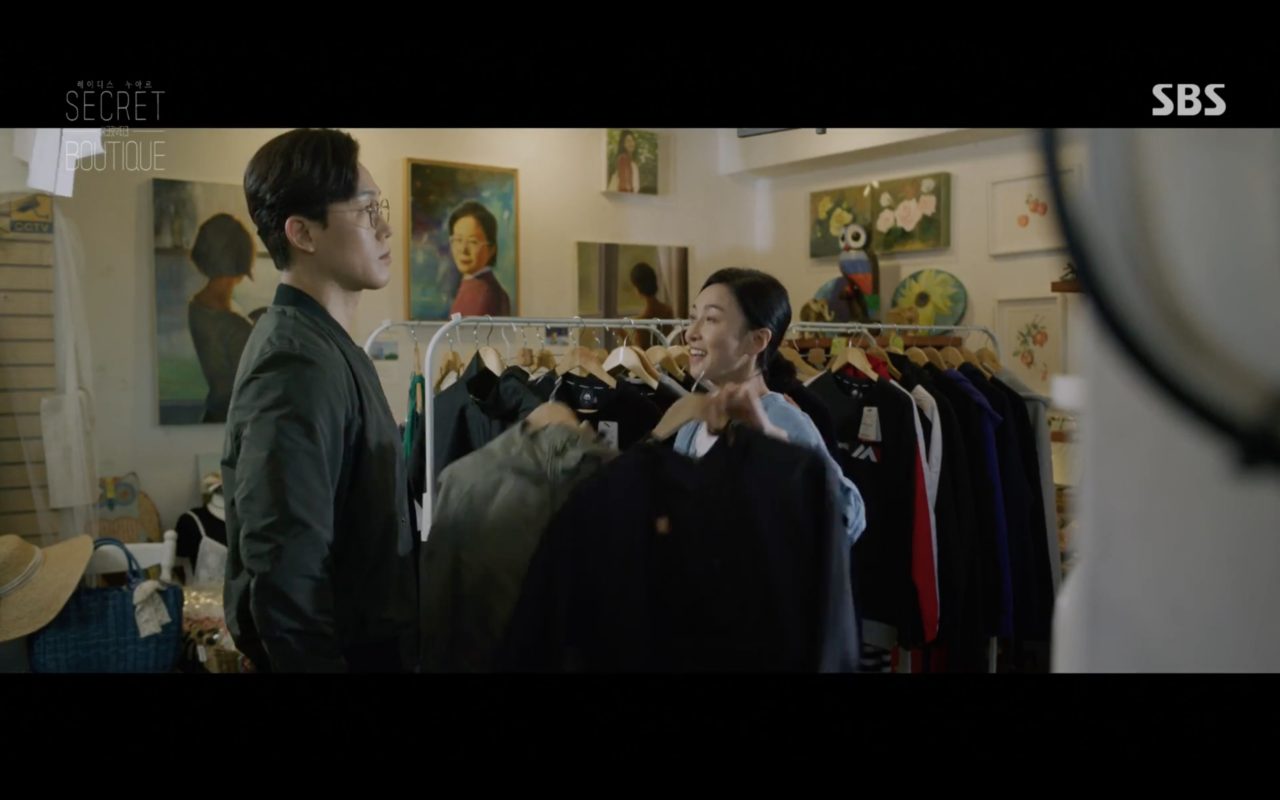 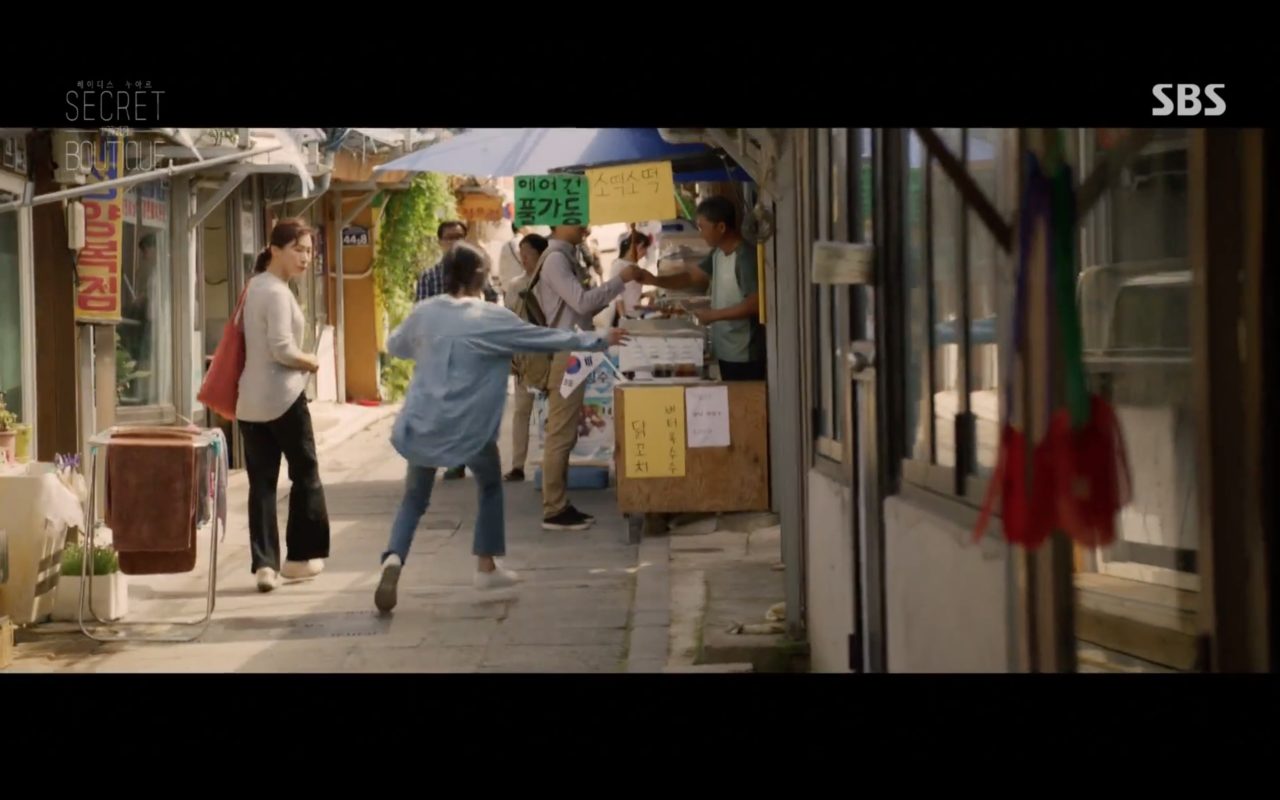 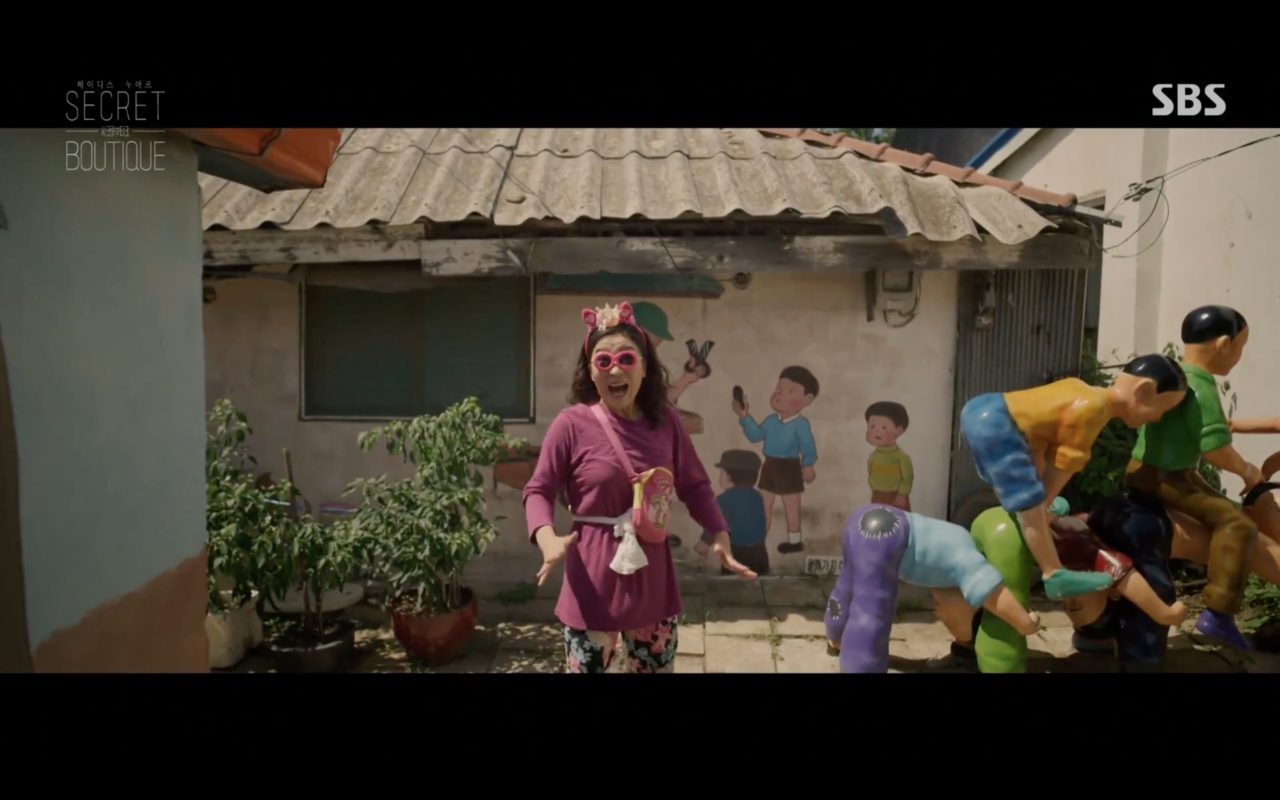 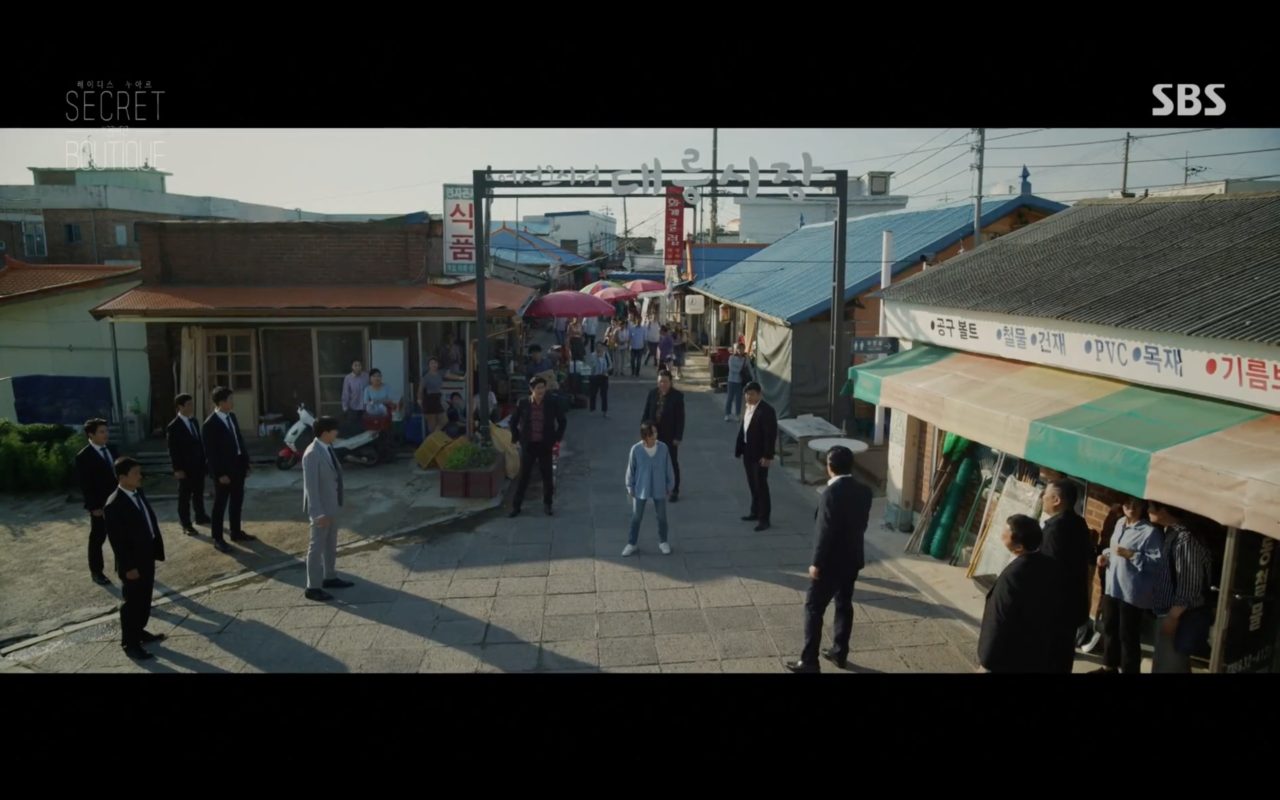 This market appears as ‘Yungcheon Market’ at which Park Joo-hyun (Jang Young-ham) wants to buy a jacket as a present for Oh Tae-suk (Joo Suk-rae) at Turtle Market [거북당] in episodes 23-24 (full episode 12) of Secret Boutique (시크릿 부티크) (SBS, 2019). But when leaving the building, she is hit with metal pipes from an unsecured construction site and regains her memory of how Joo-hyun nearly killed her with a similar pipe. She runs for her life and is then stopped short by different groups of people that close in on her; among them Yoon Sun-woo (Kim Jae-young) with Jenny Jang (Kim Sun-a) and Jo Yang-oh (Lim Chul-hyung) and his men.

This market was established by displaced North Koreans from Yeonbaek, in North Korea’s Hwanghae Province, who flew here during the Korean War (1950-1953). Settled here by force when the Han River’s estuary became the dividing line during the war, they modeled the market after the one in their hometown. The market quickly became the central and only market on the island. The size of the market decreased considerably when the originators of the market passed away. It regained popularity when the Gyodong Bridge [교동대교] was built in 2014 (hence making access to the market easier) and K-Dramas were filmed here the same year. An interviewee tells journalist Park Jin-hai from The Korea Times in 2018 that “the number of [her] customers during the weekends grew more than 10 times to 200 to 300 now, from only 20 to 30 a year ago”. Visitors usually note that they are attracted by this market because it looks like a living film set as it seems to be frozen in the 1960s and 1970s, and also by its proximity to North Korea (which can be seen from the island).