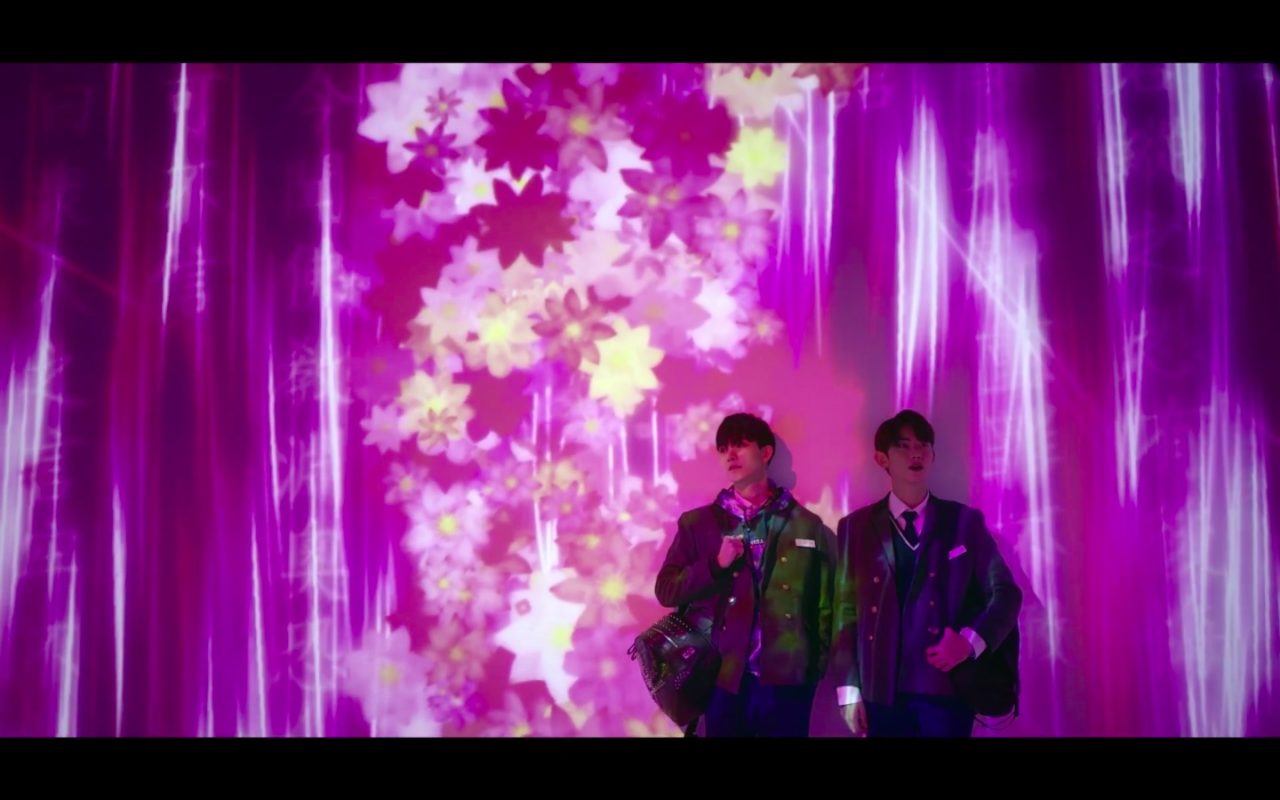 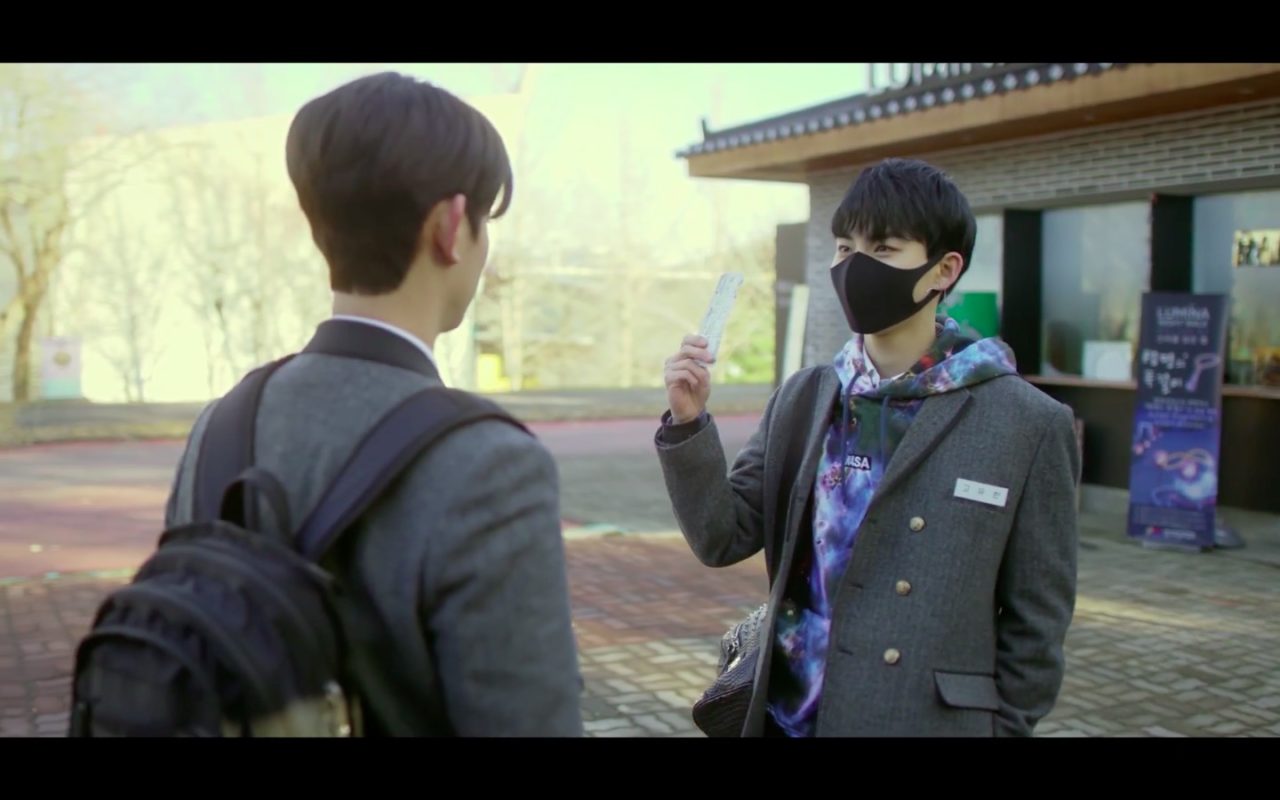 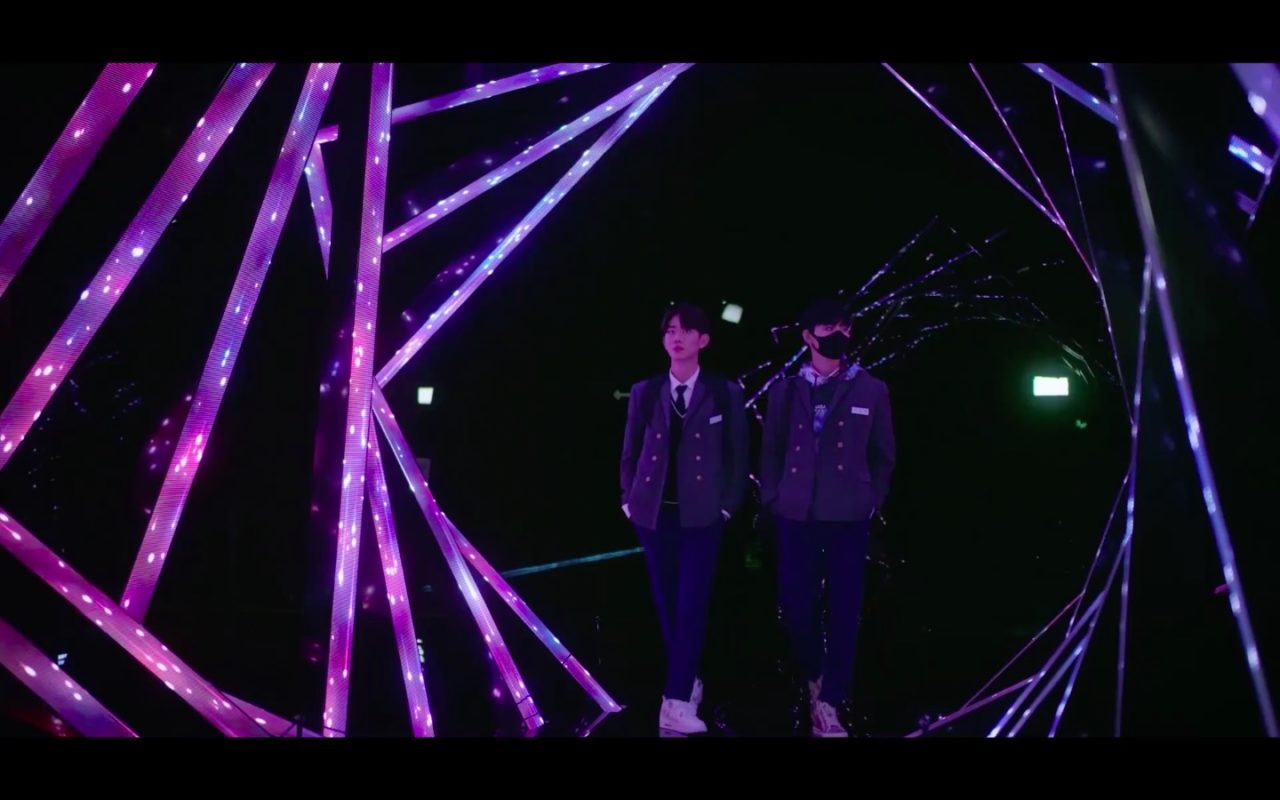 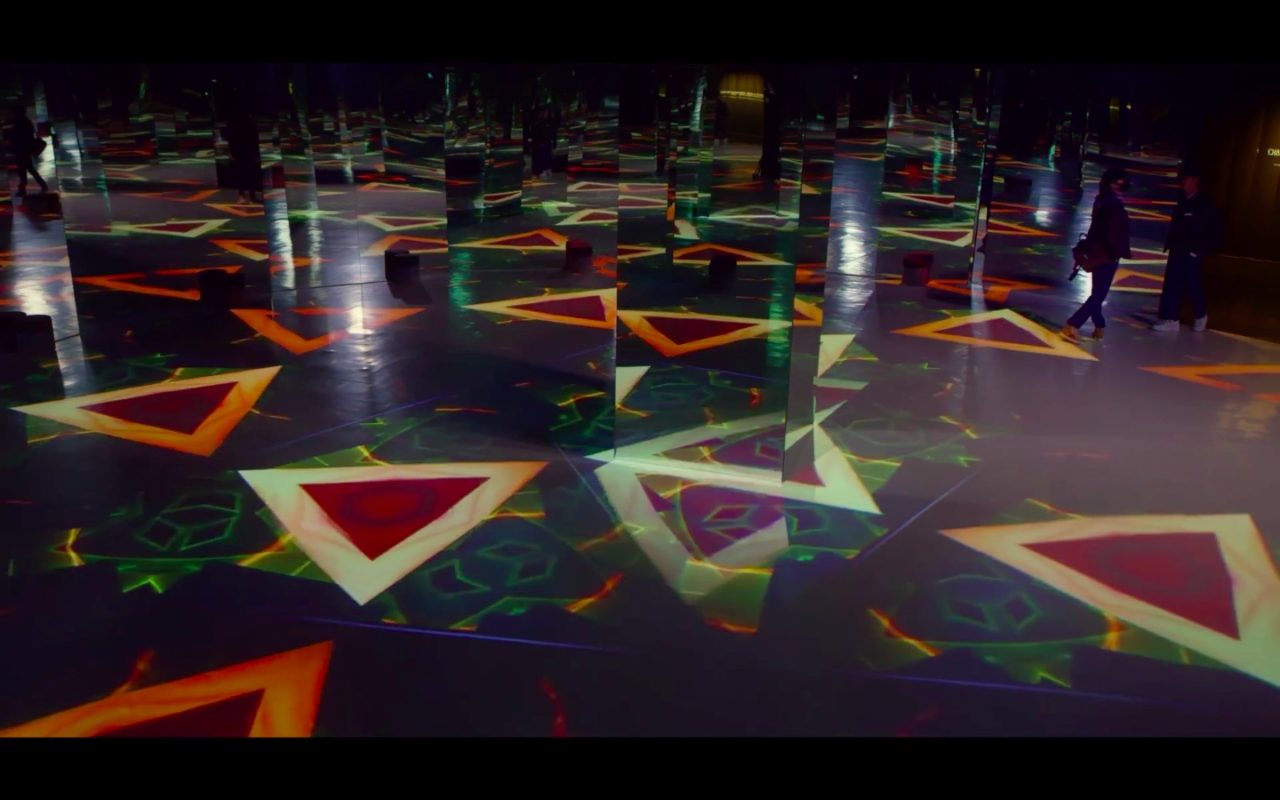 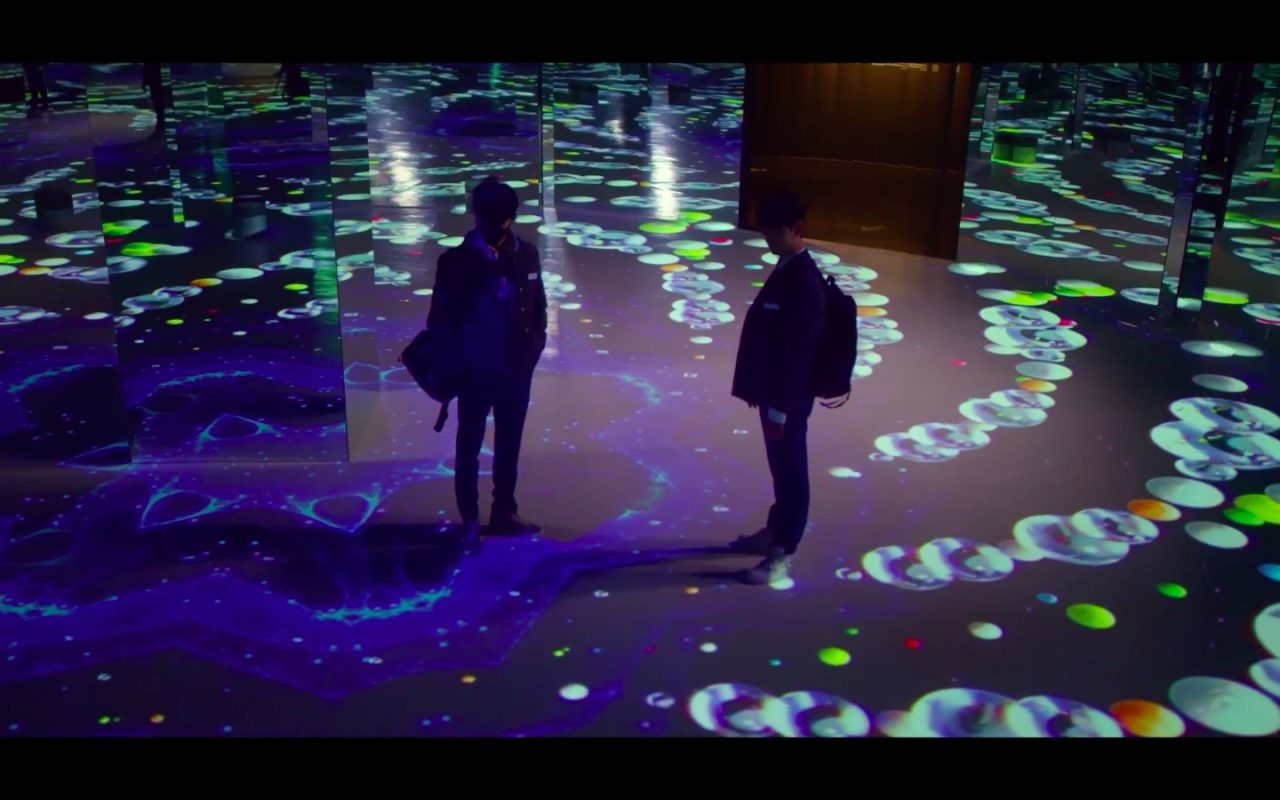 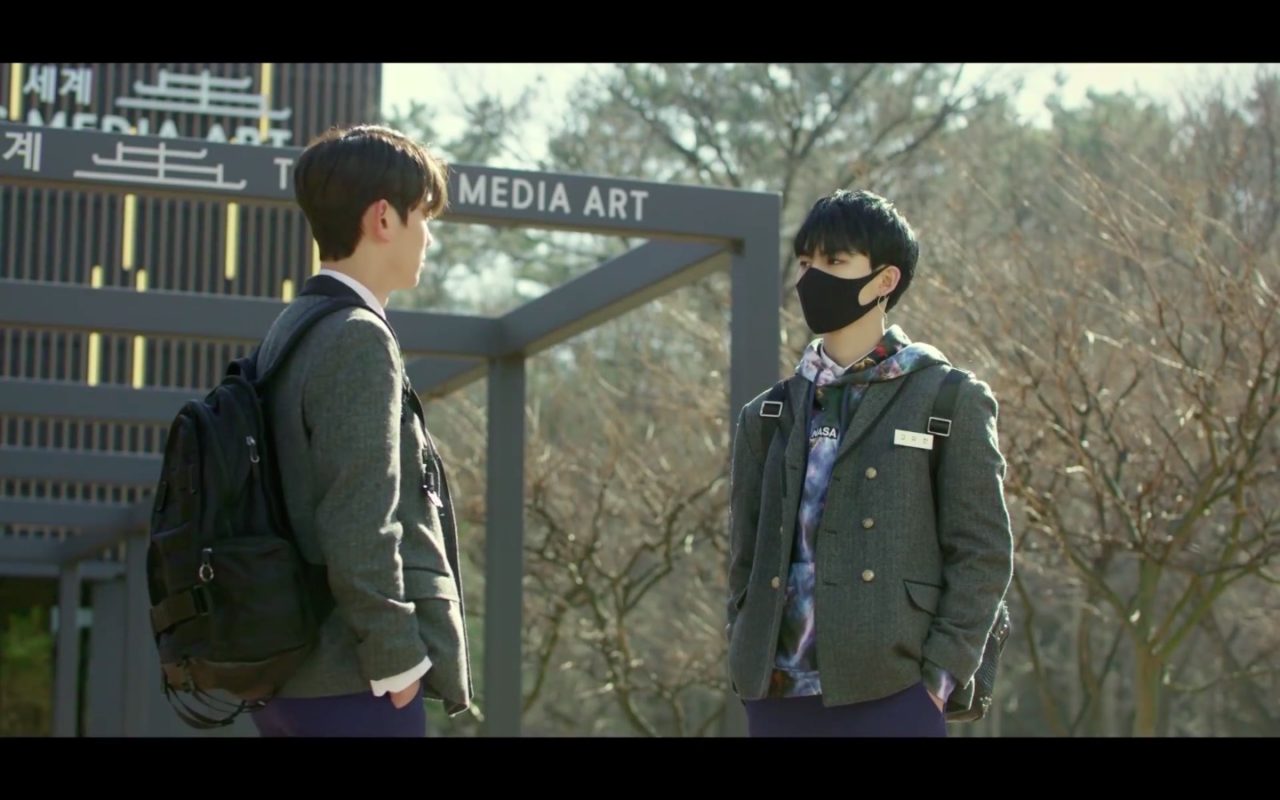 Gyeongju World Culture Expo Park (or Gyeongju Expo Park for short) [경주세계문화엑스포공원] opened in 2012 as the official local venue of the biennial international cultural fair Gyeongju World Culture Expo. Aside from offering various programs, exhibitions, and experiences,  there are also other attractions at this park such as the 82m high Gyeongju Tower, Asadal Sculpture Park, and Natural History Museum.

The exhibition that the boys check out in Color Rush is the Timeless Media Art exhibition, which juxtaposes traditional cultural motifs of Gyeongju with light art.

Getting here
From Seoul by Public Transport
➜ From Seoul Station [서울역], take the KTX bound for Singyeongju station [신경주역], which will take around 2 hours.
➜ From there, it’s either a 46 min. bus ride or a 25 min. car/taxi ride.