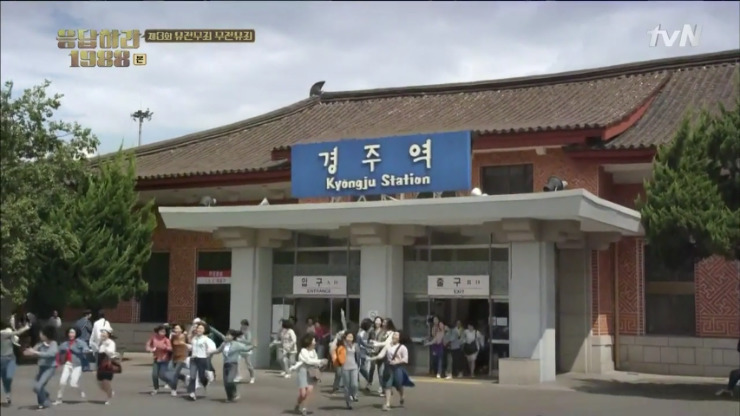 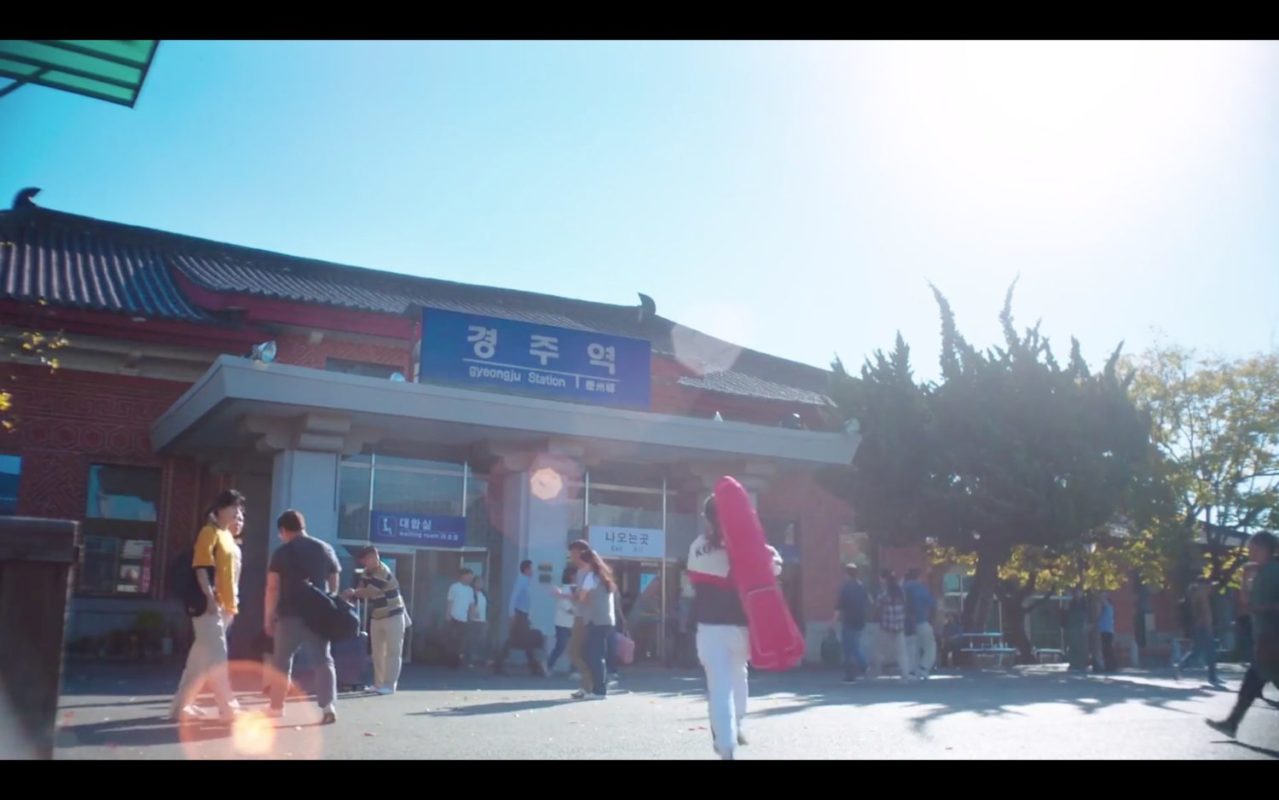 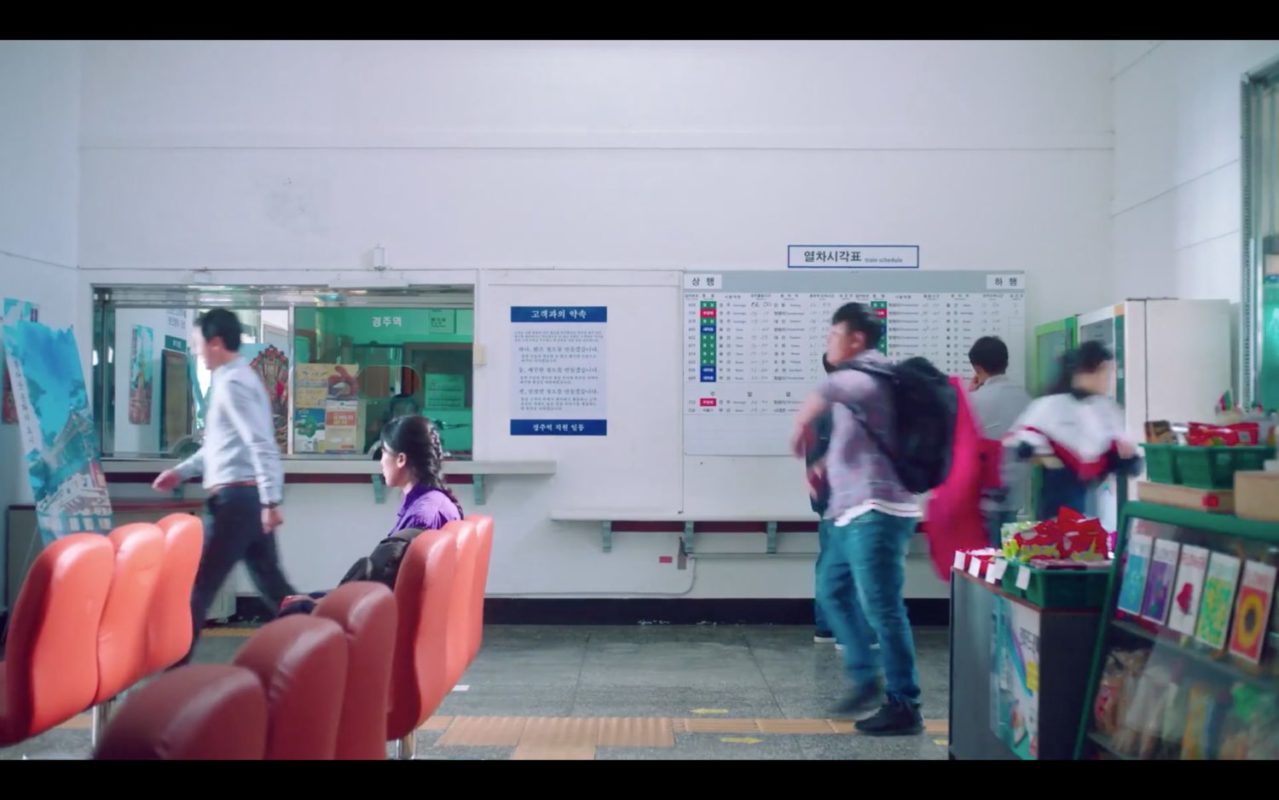 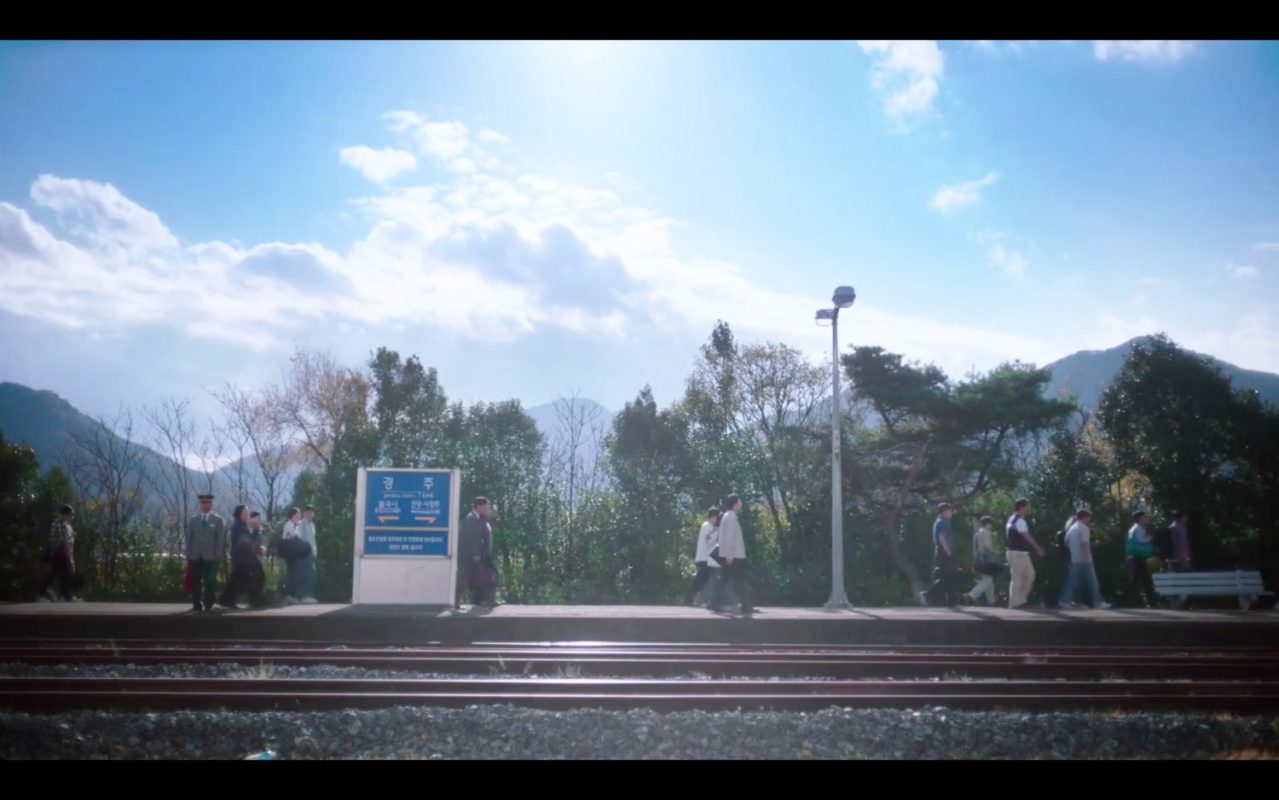 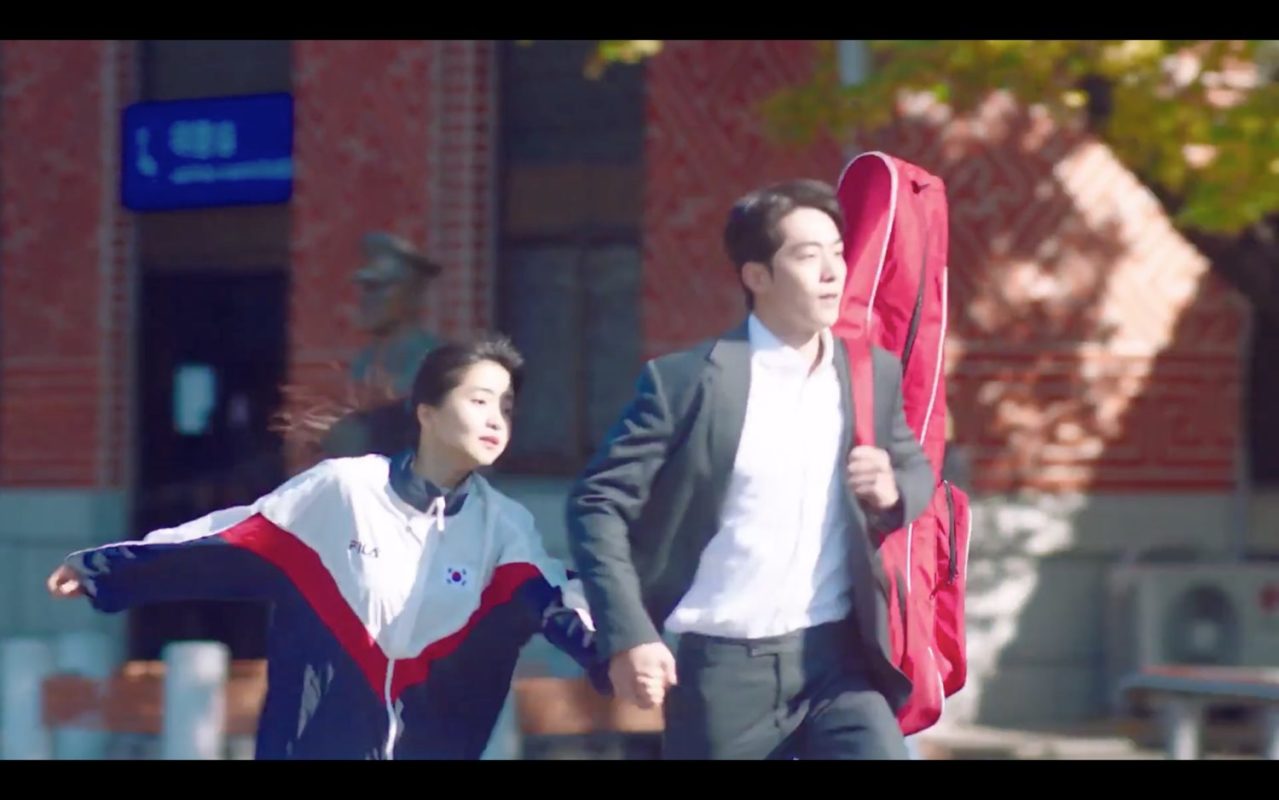 While competing for the 13th Asian Games held in Gyeongju in 1999 (a fictional date), Na Hee-do (Kim Tae-ri) takes the train from here searching of her fence in episode 6 of Twenty-Five Twenty-One/25 21 (스물다섯 스물하나) (tvN, 2022). When Baek Yi-jin (Nam Joo-hyuk) hears that Hee-do has left the competing grounds, he fetches her at this station so that she will make it in time for her next competition.

Gyeongju Station/Gyeongjuyeok [경주역/慶州驛] was a KORAIL-operated railway station that served the Jungang Line and the Donghae Line, located in Gyeongju’s neighborhood Seongdong [Seongdong-dong/성동동]. It opened on November 1 1918 as a regular station, was rebuilt in 1936 by the Railway Bureau of the Japanese Government-General of Korea during the Japanese colonial rule, and closed on December 28 2021.

In 2013, the station was designated as a railway cultural property (철도 문화재) and railroad monument (철도기념물) — railroad relics that are worth preserving as railroad history — selected by the Korea Railroad Corporation. Since its closure, it has been preserved in its original state.