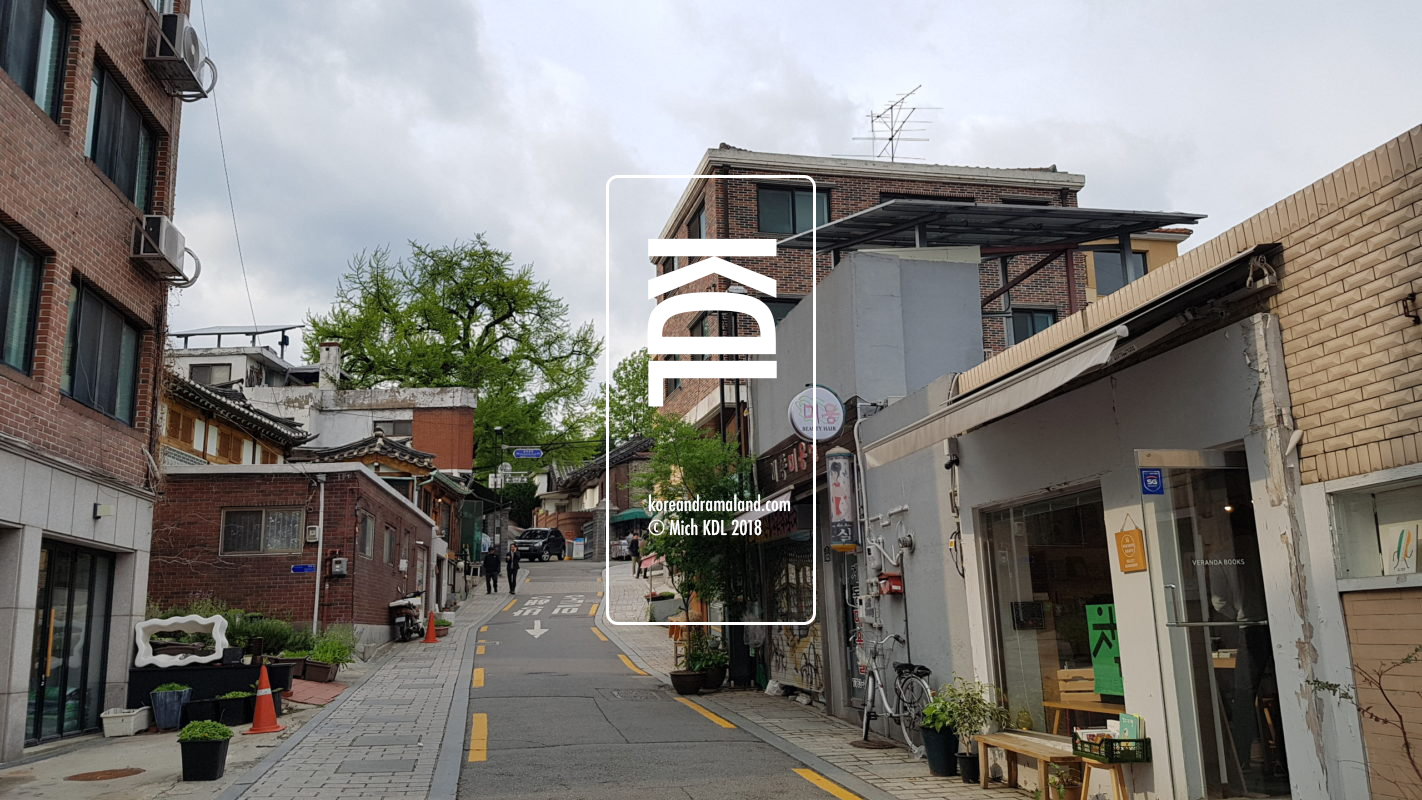 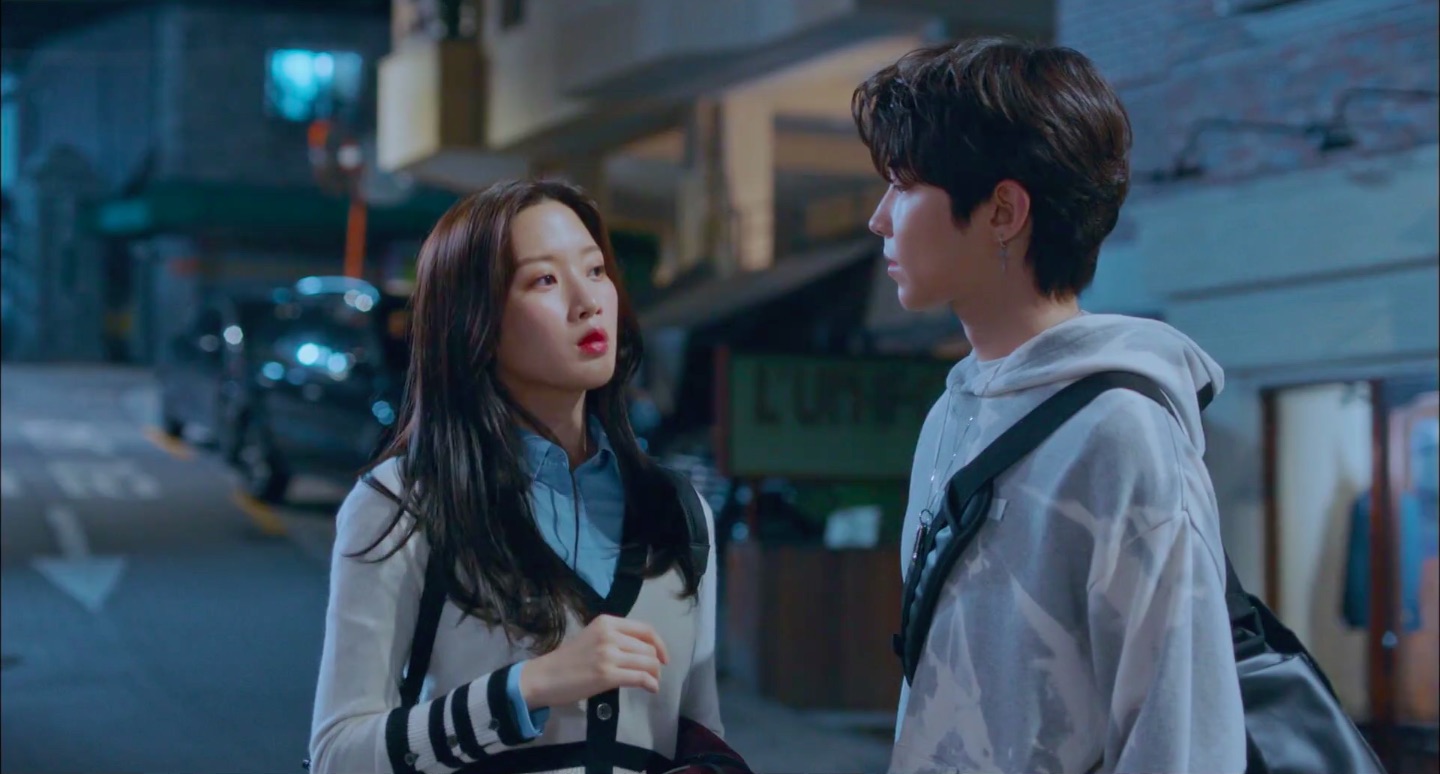 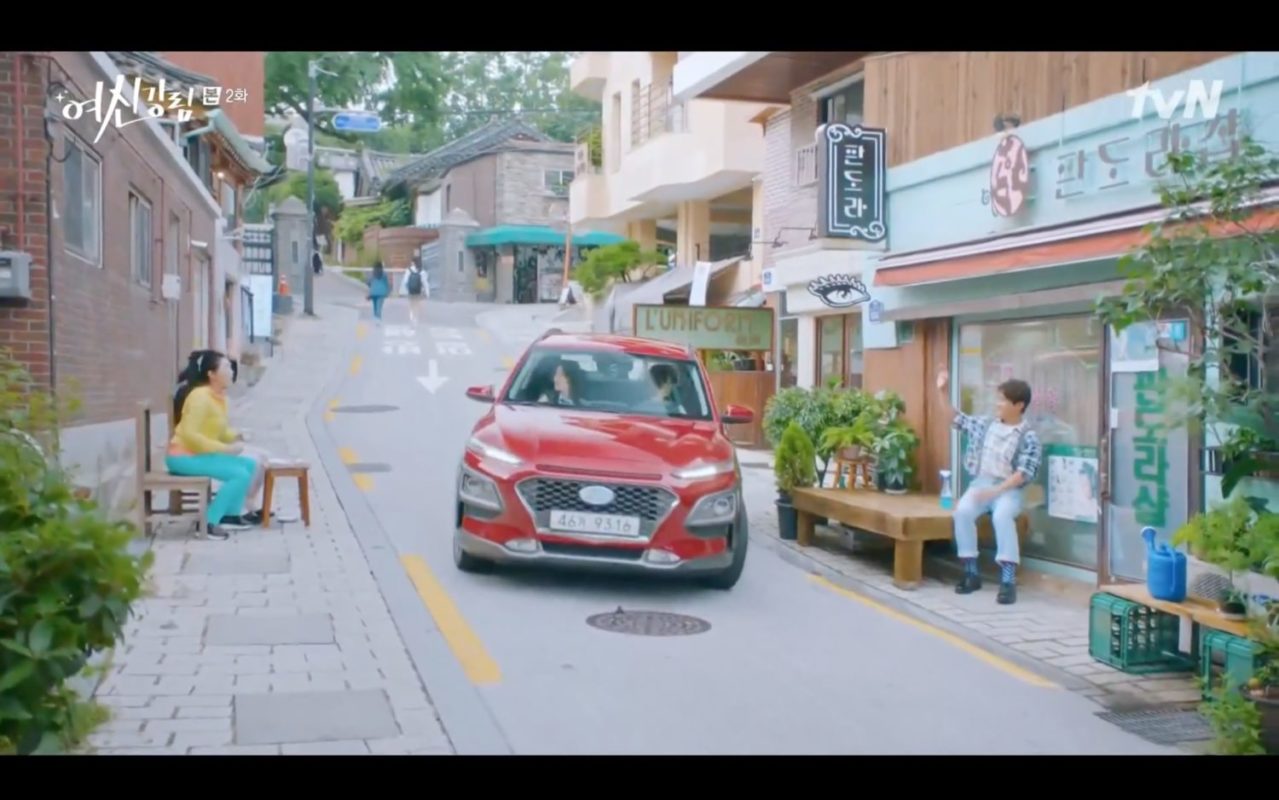 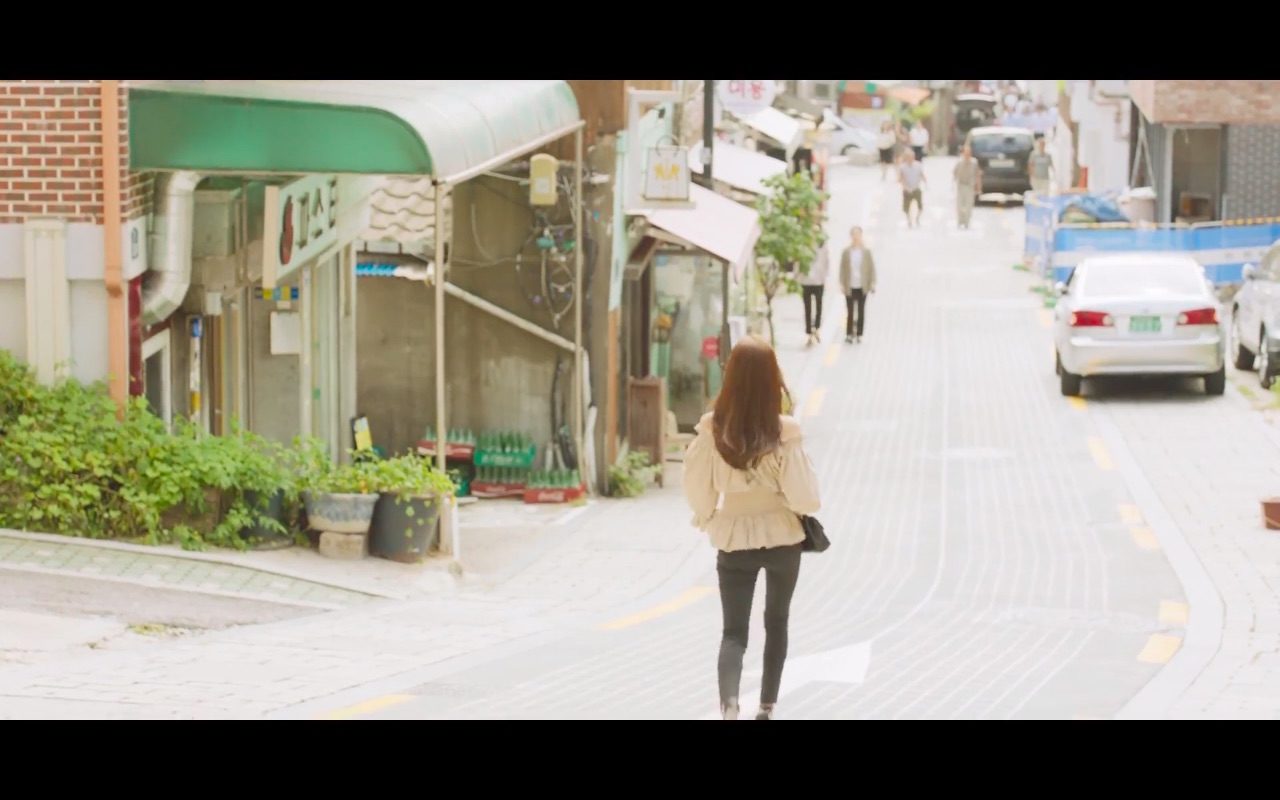 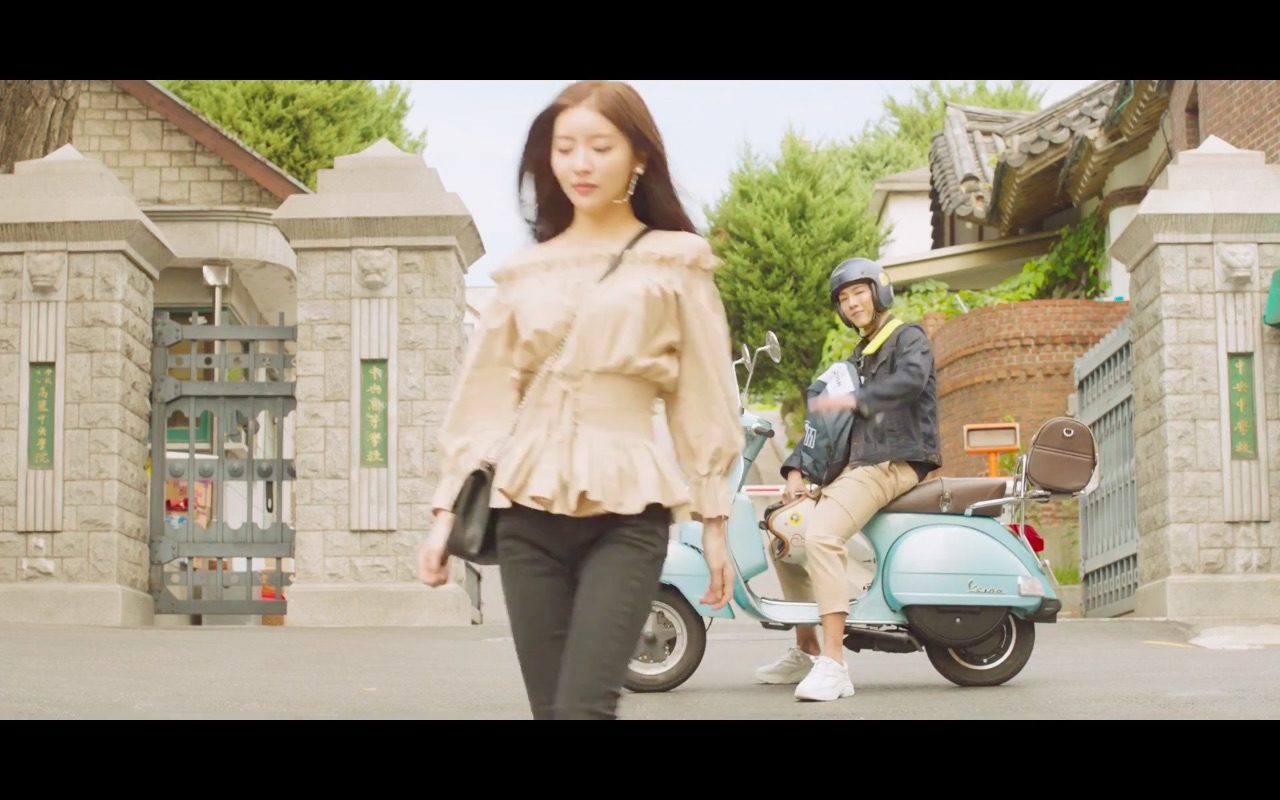 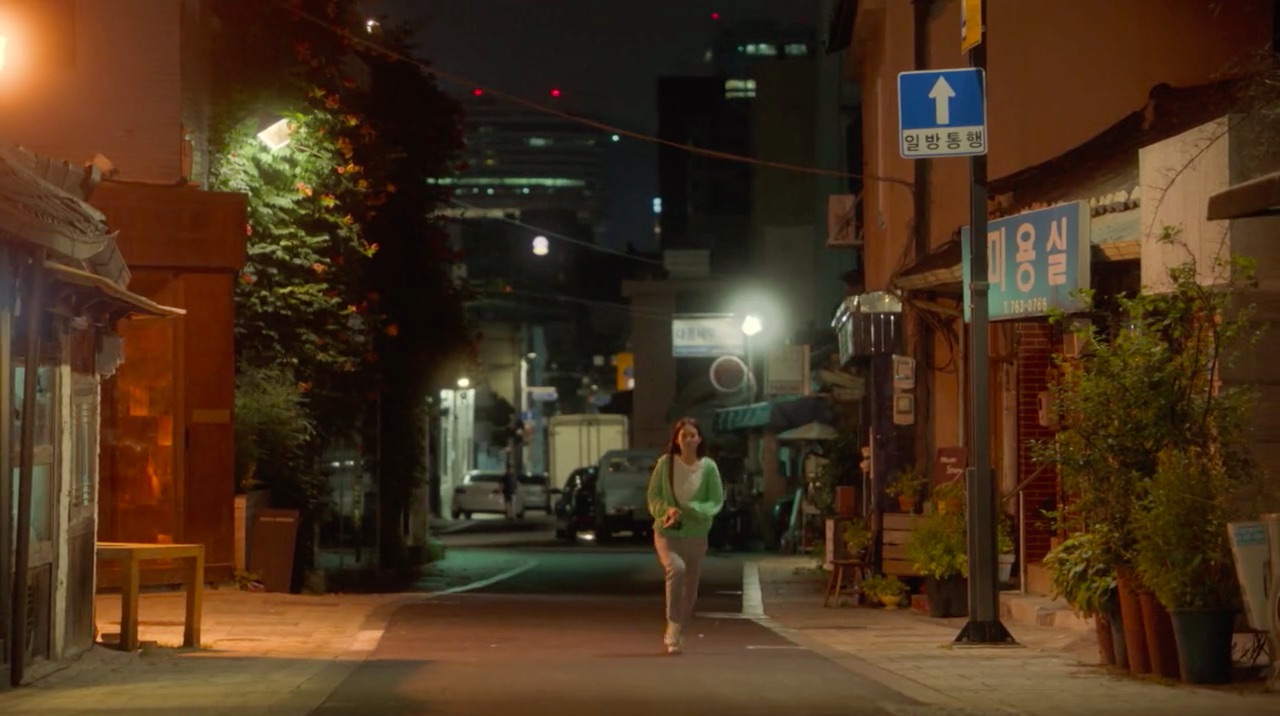 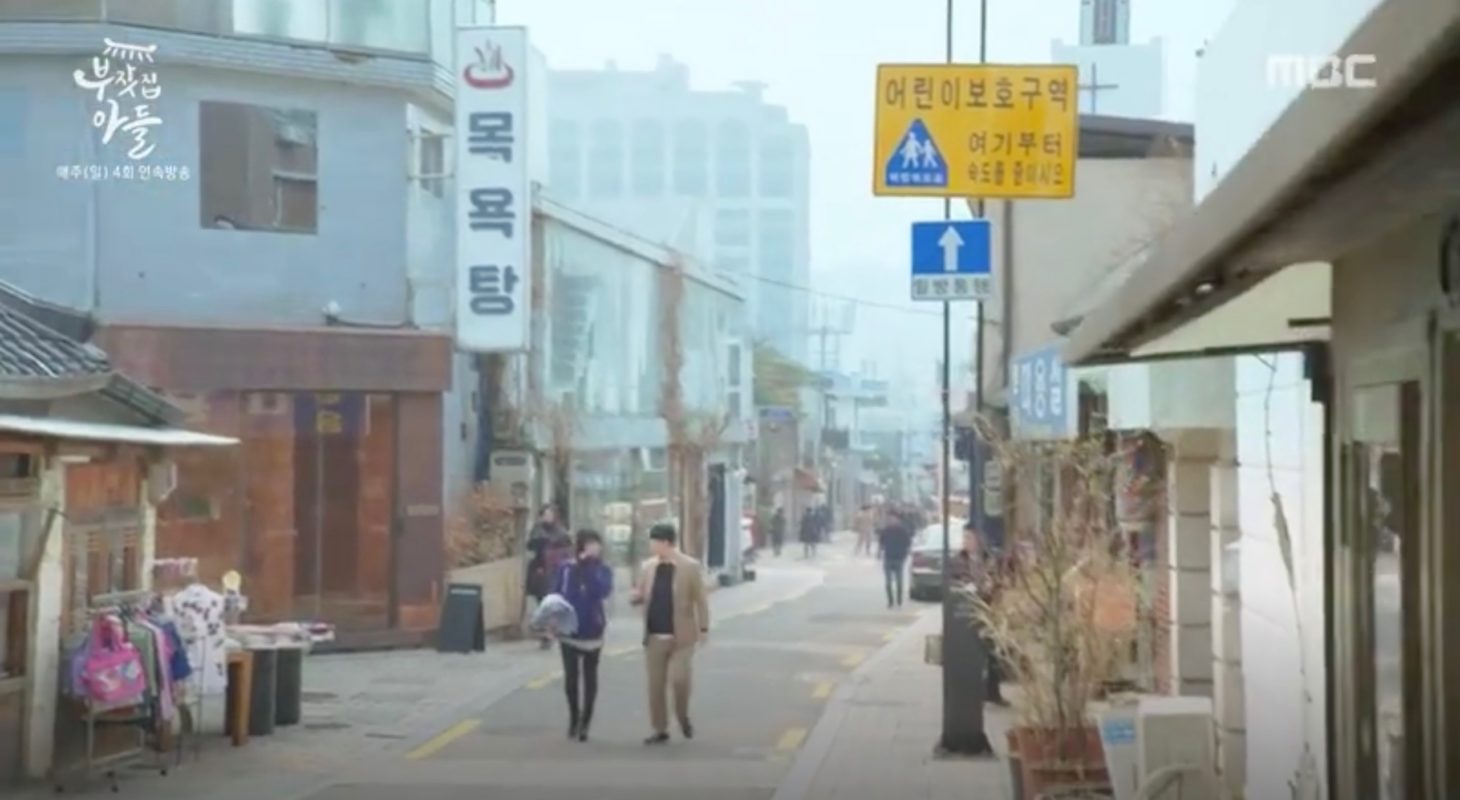 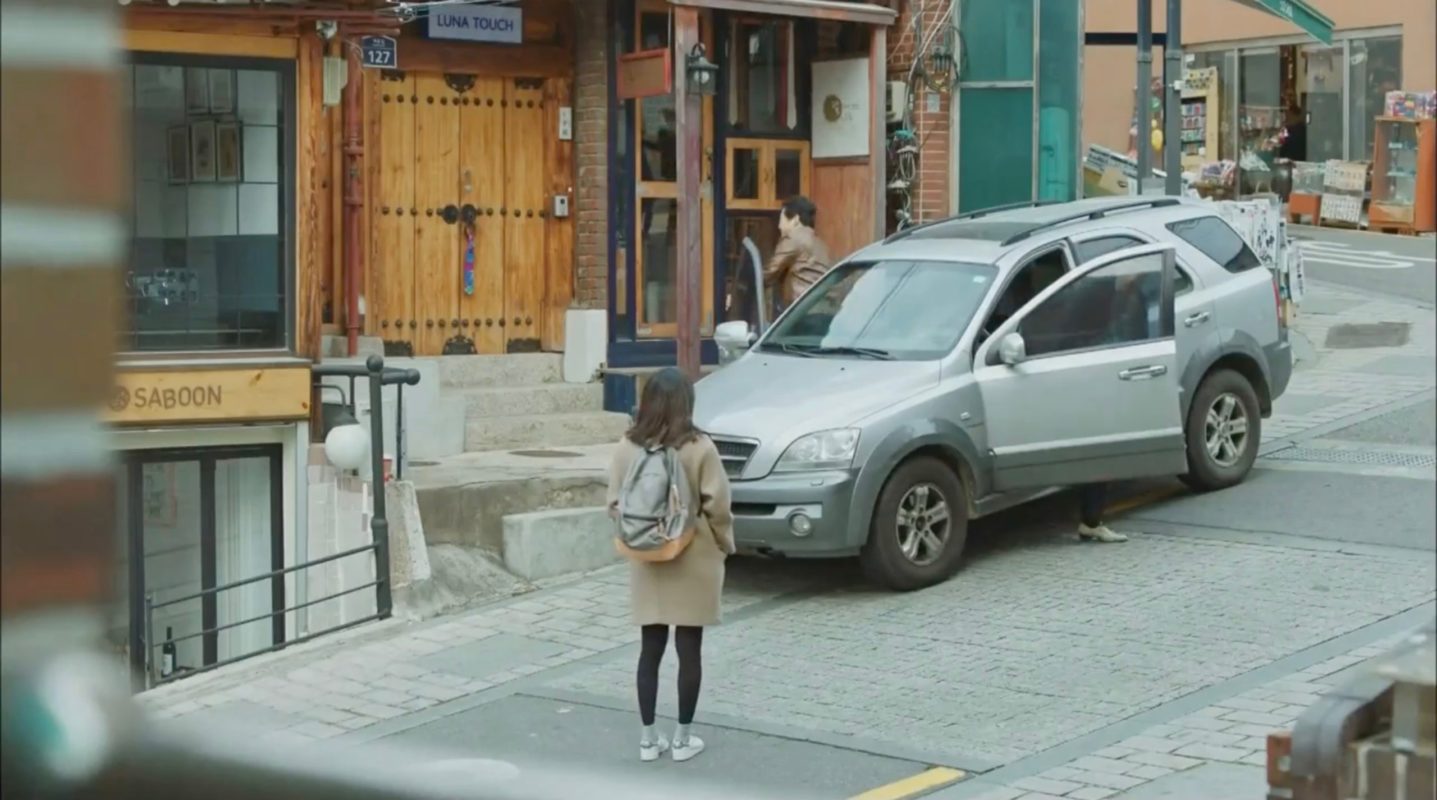 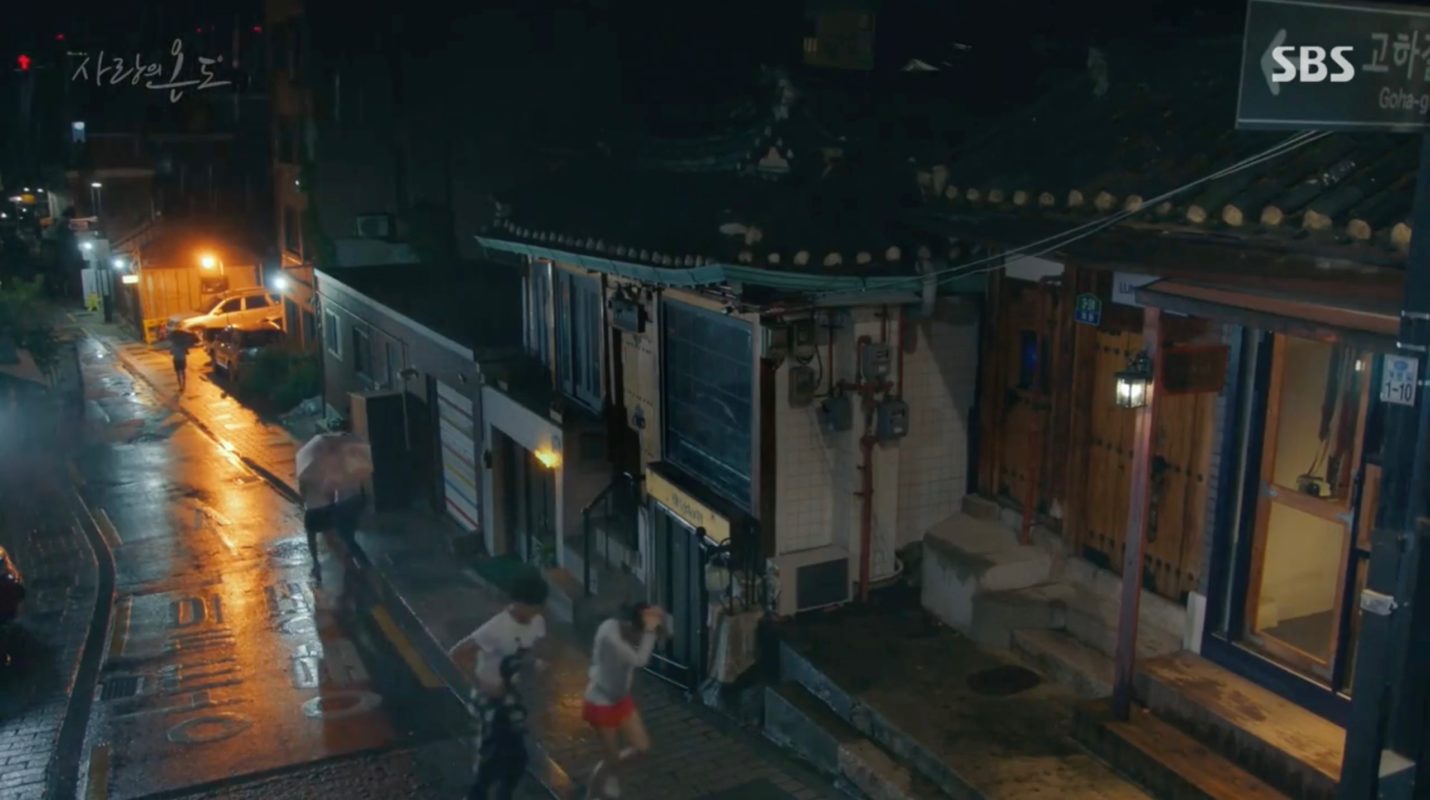 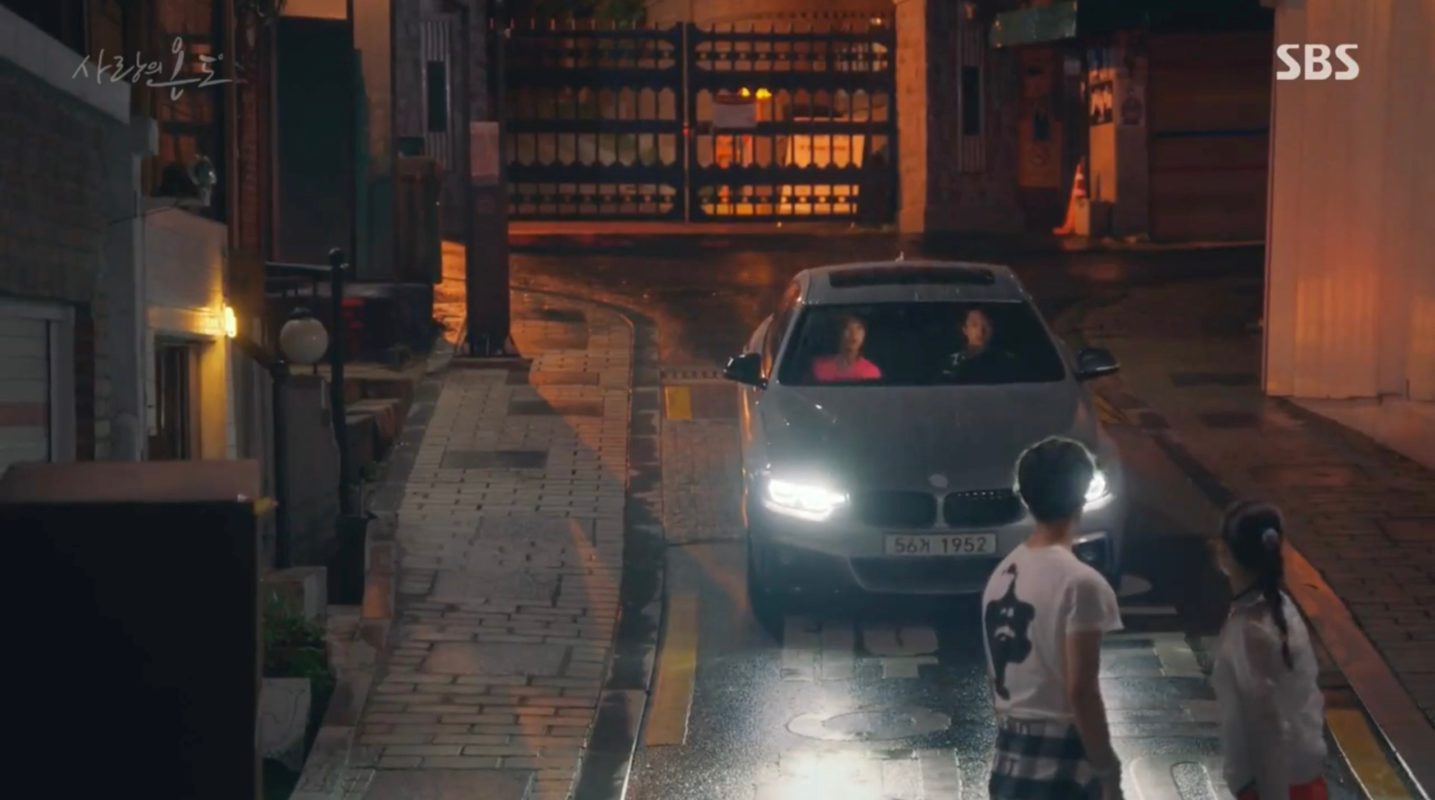 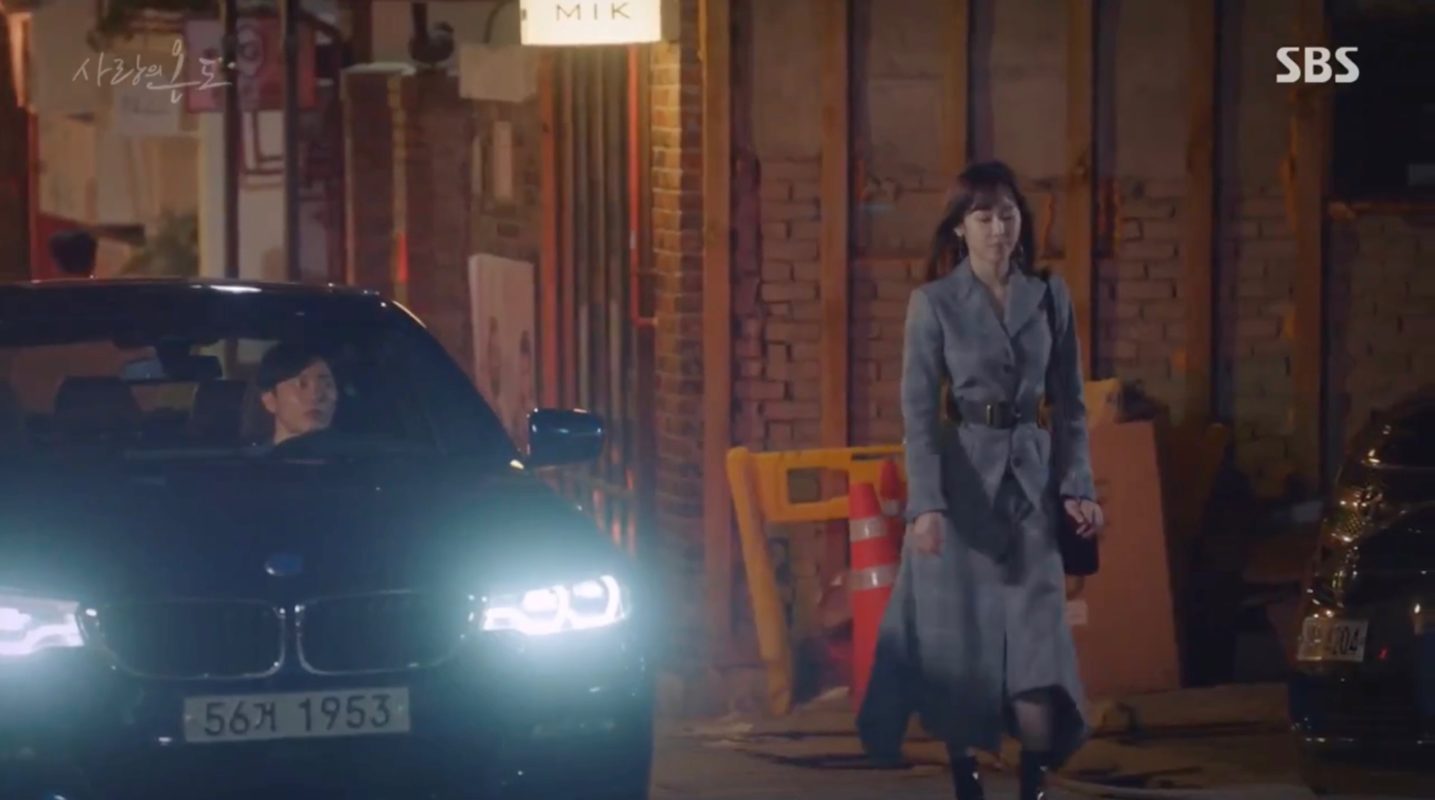 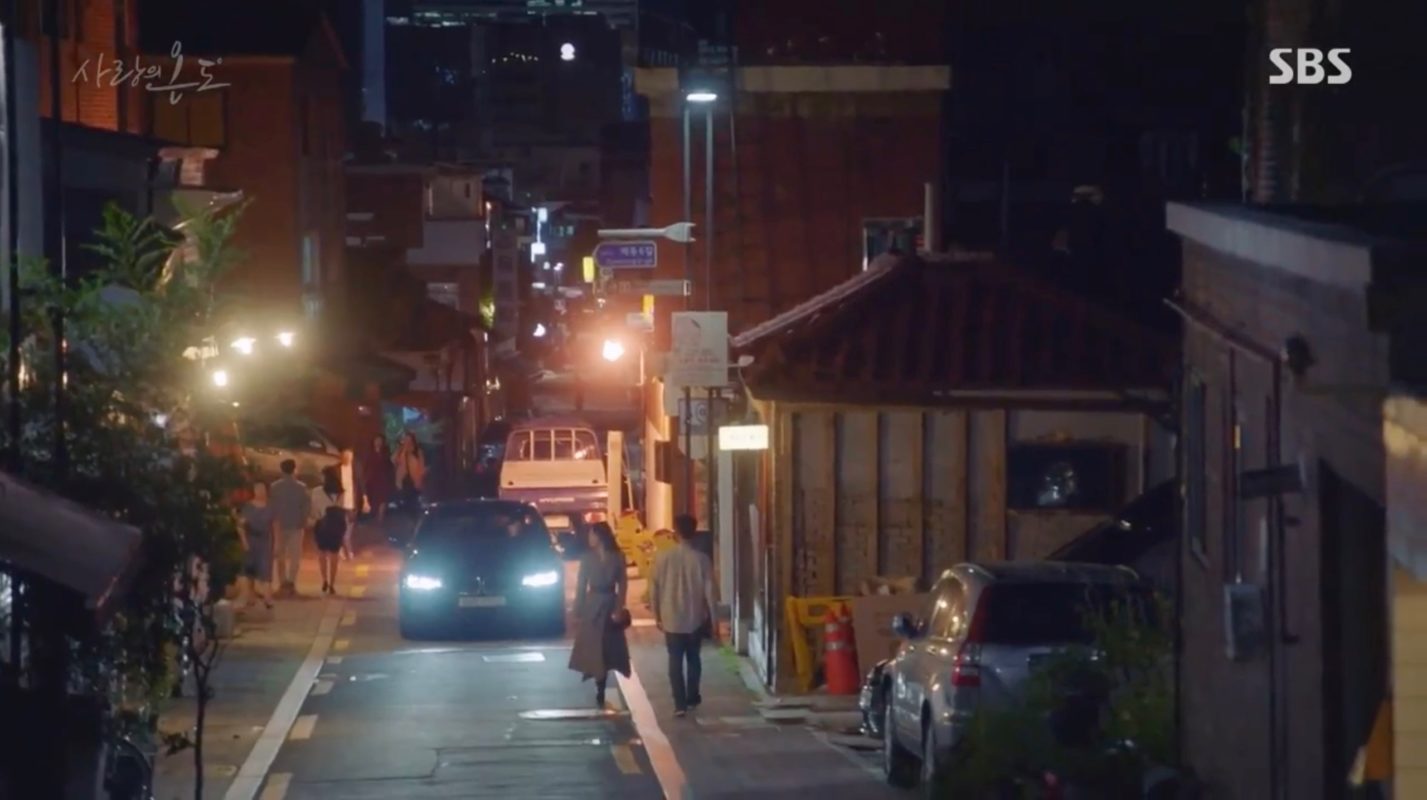 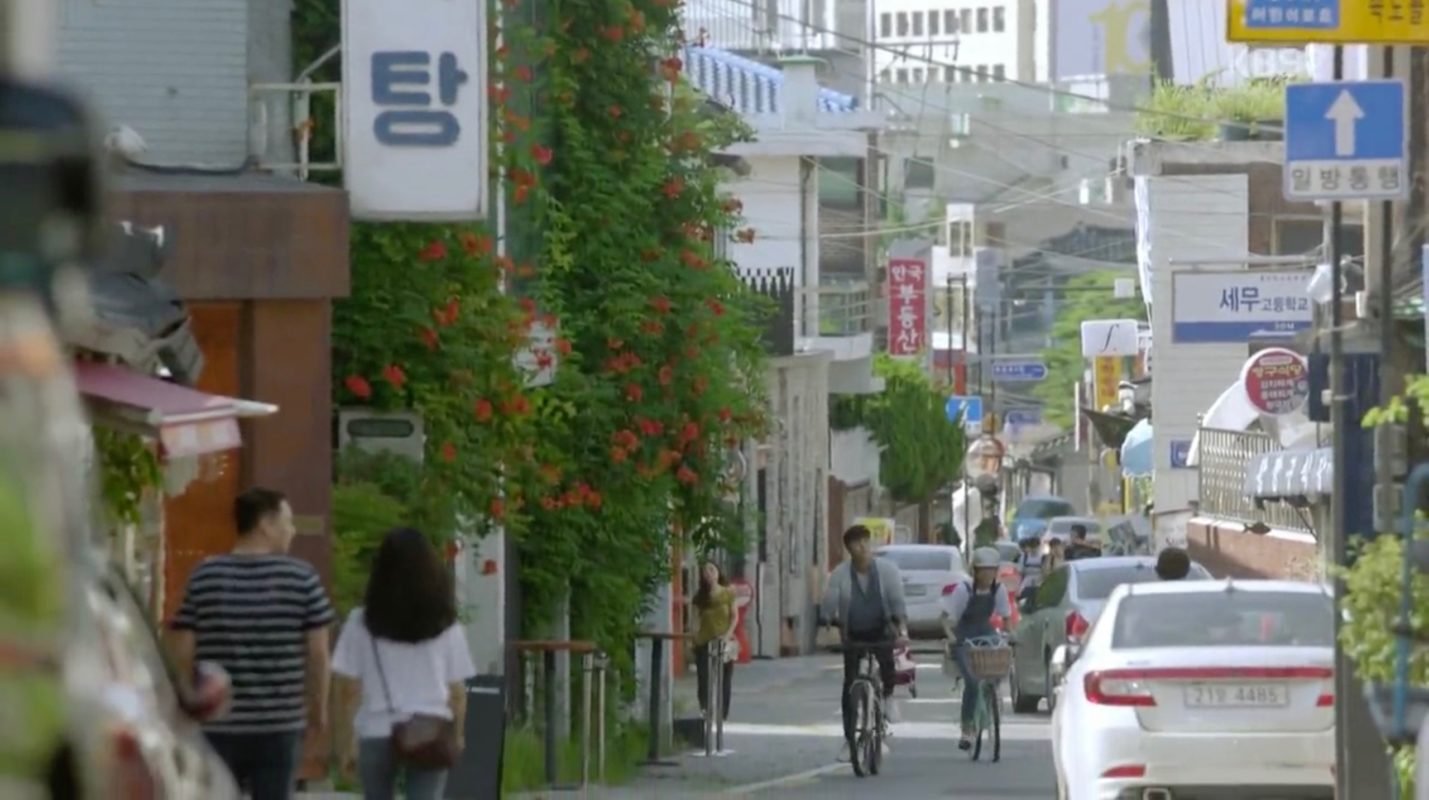 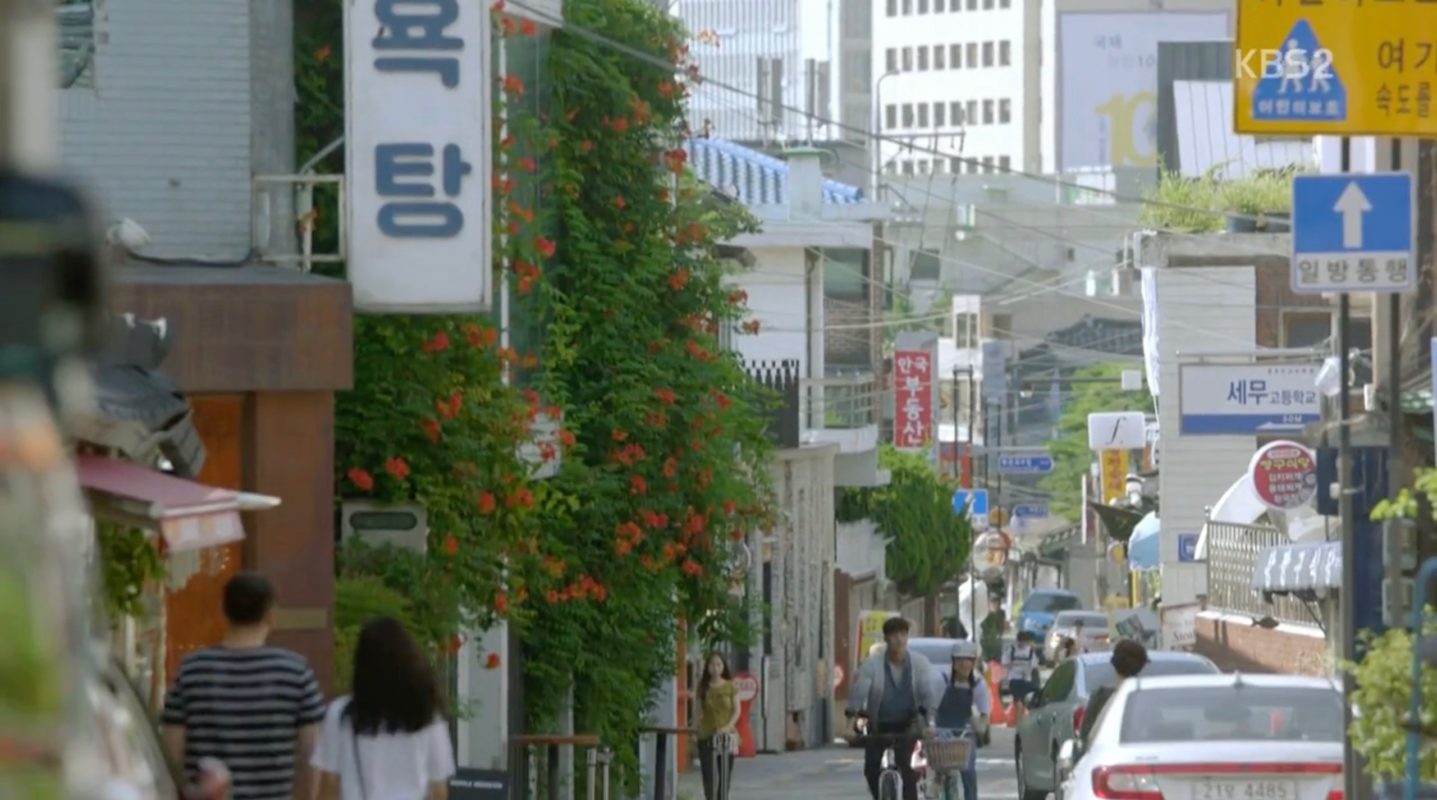 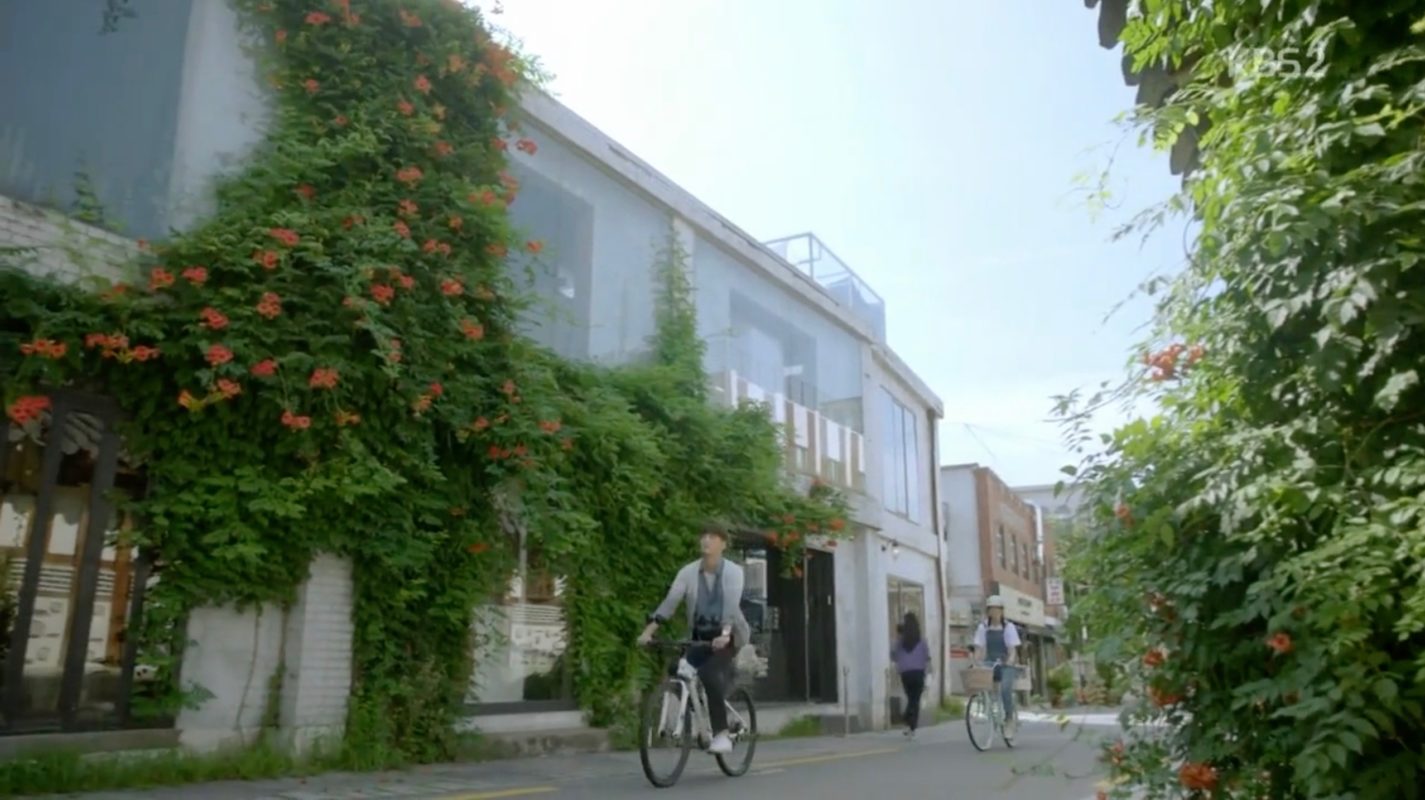 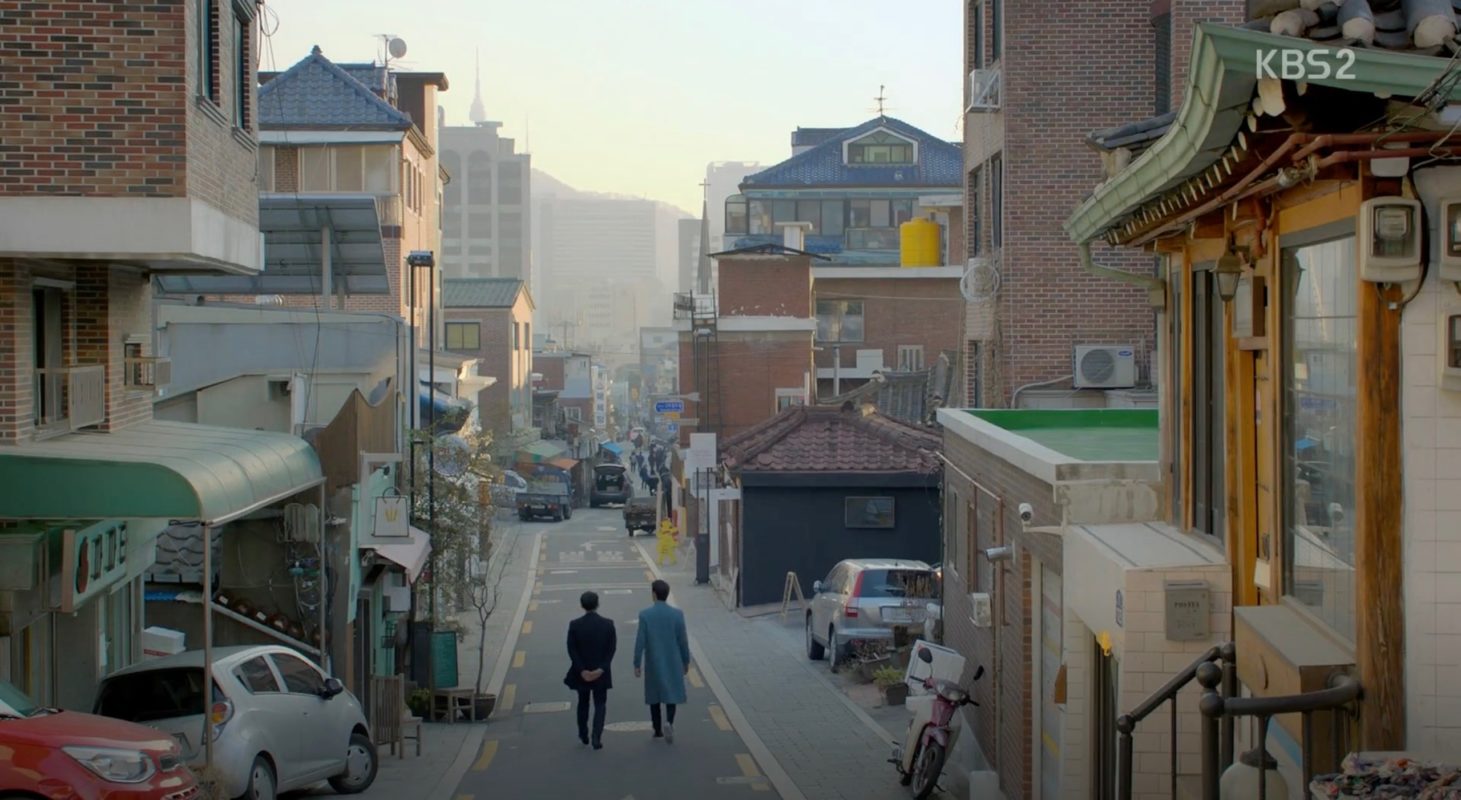 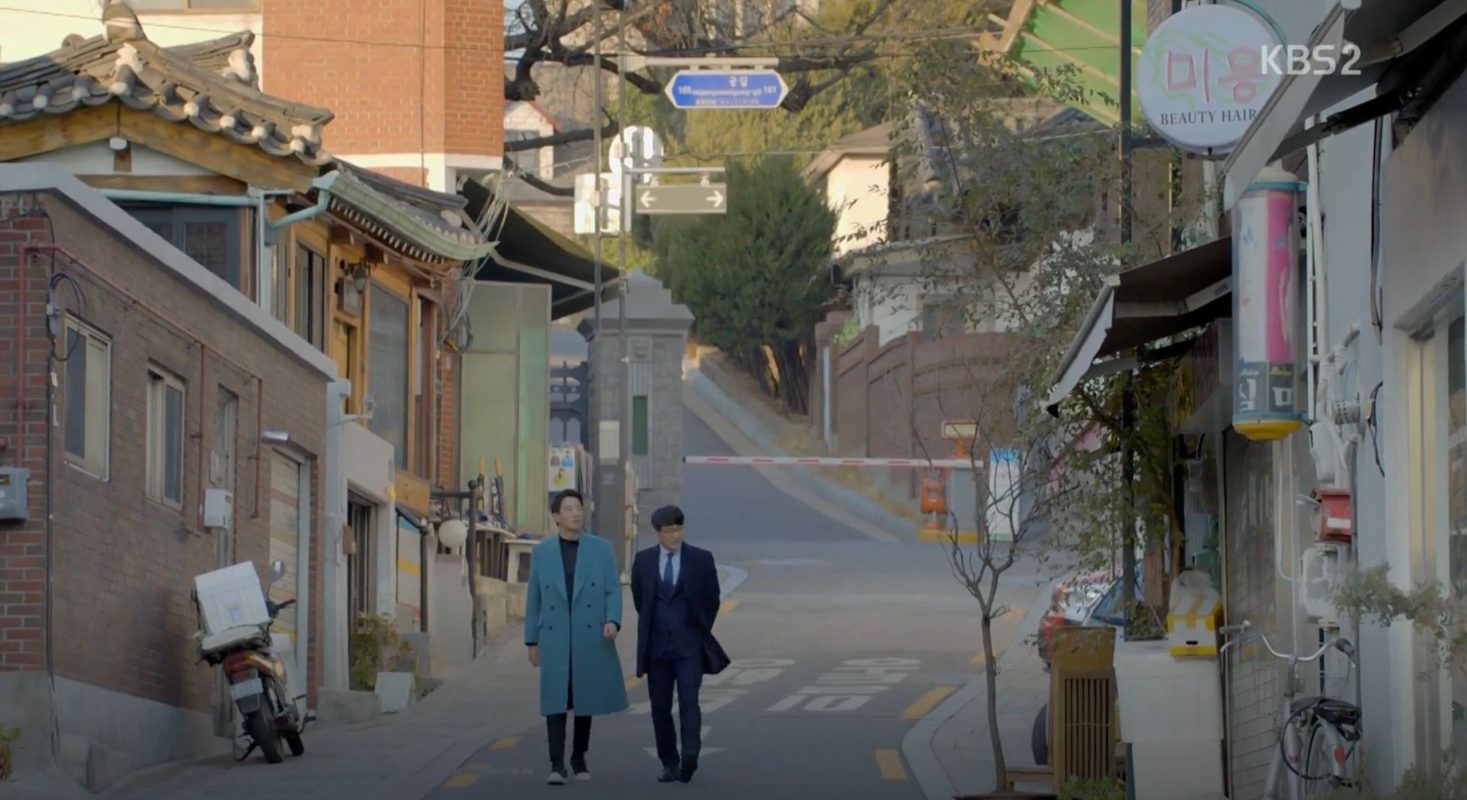 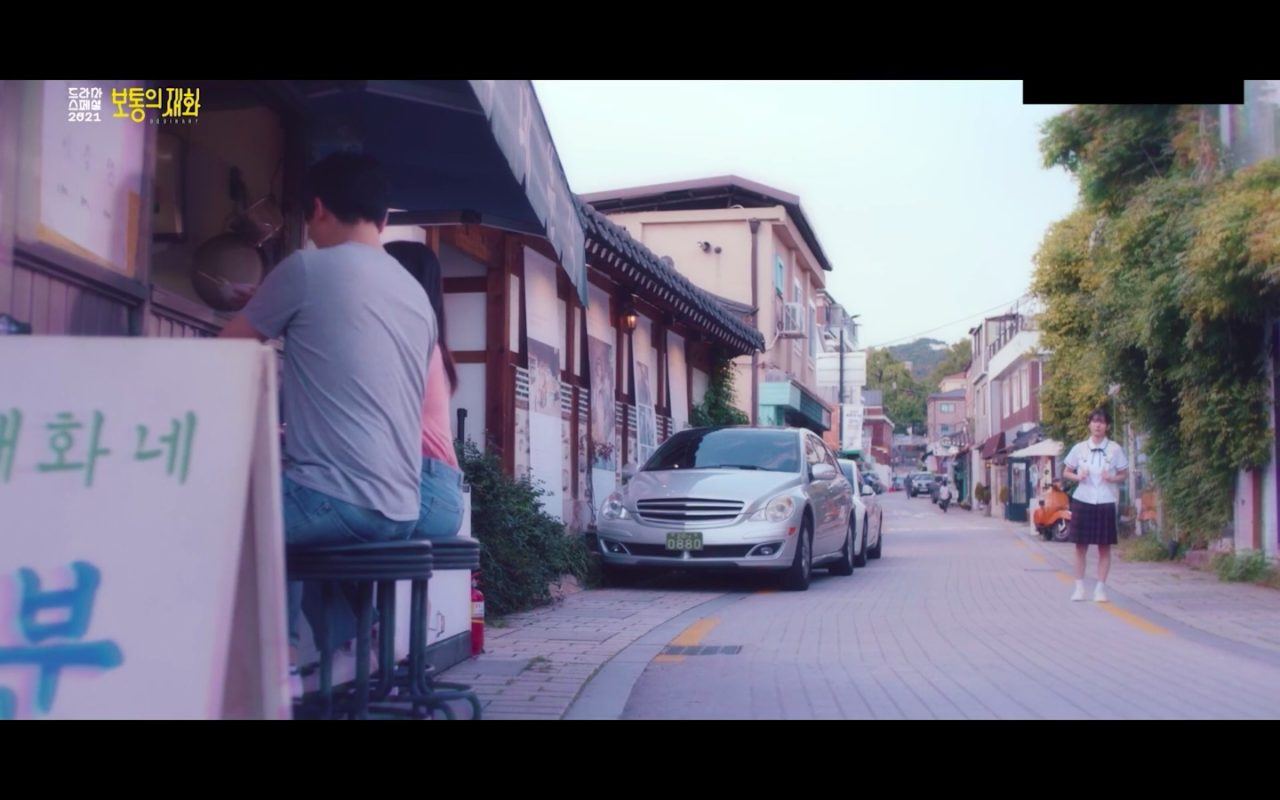 No. 84-3 — A young Kim Jae-hwa (Cha Jung-hyun) stands along the street while watching her mother (Kang Ae-shim) at her snack shop in KBS Drama Special: Oddinary/Ordinary Jae-hwa (보통의 재화) (KBS2, 2021).

Yoon Tae-oh (Ji Soo) drops off Ryu Se-hyun (Hong Ji-yoon) in front of Choong Ang High School [중앙고등학교], after which she proceeds to walk down the street in episode 3 of My First First Love/Because It’s My First Love (첫사랑은 처음이라서) (Netflix, 2019).

No. 93 — Kim Myeong-ha (Kim Min-gue) waits in a cafe on this street (also Aya) for his exchange student ‘buddy’ Mong-mong (Elkie from CLC) in episode 11 of Rich Family’s Son (부잣집 아들) (MBC, 2018). The street can be seen in the background of the scene.

Moon Soo-ho (Kim Rae-won) walks through this street and discusses his neighborhood project with his secretary in episode 3 of Black Knight: The Man Who Guards Me (흑기사) (KBS2, 2017-18).

Lee Hyun-soo (Seo Hyun-jin) walks back home on this street in episode 9 of Temperature of Love (사랑의 온도) (SBS, 2017) after her dinner with Park Jung-woo (Kim Jae-wook); and he follows her in his car.

Locations in an alley off the main street

This street featured in one of the trailers of The Accidental Detective 2: In Action (탐정: 리턴즈) (2018). The scene was filmed just at the top of the street, outside Choong Ang High School.