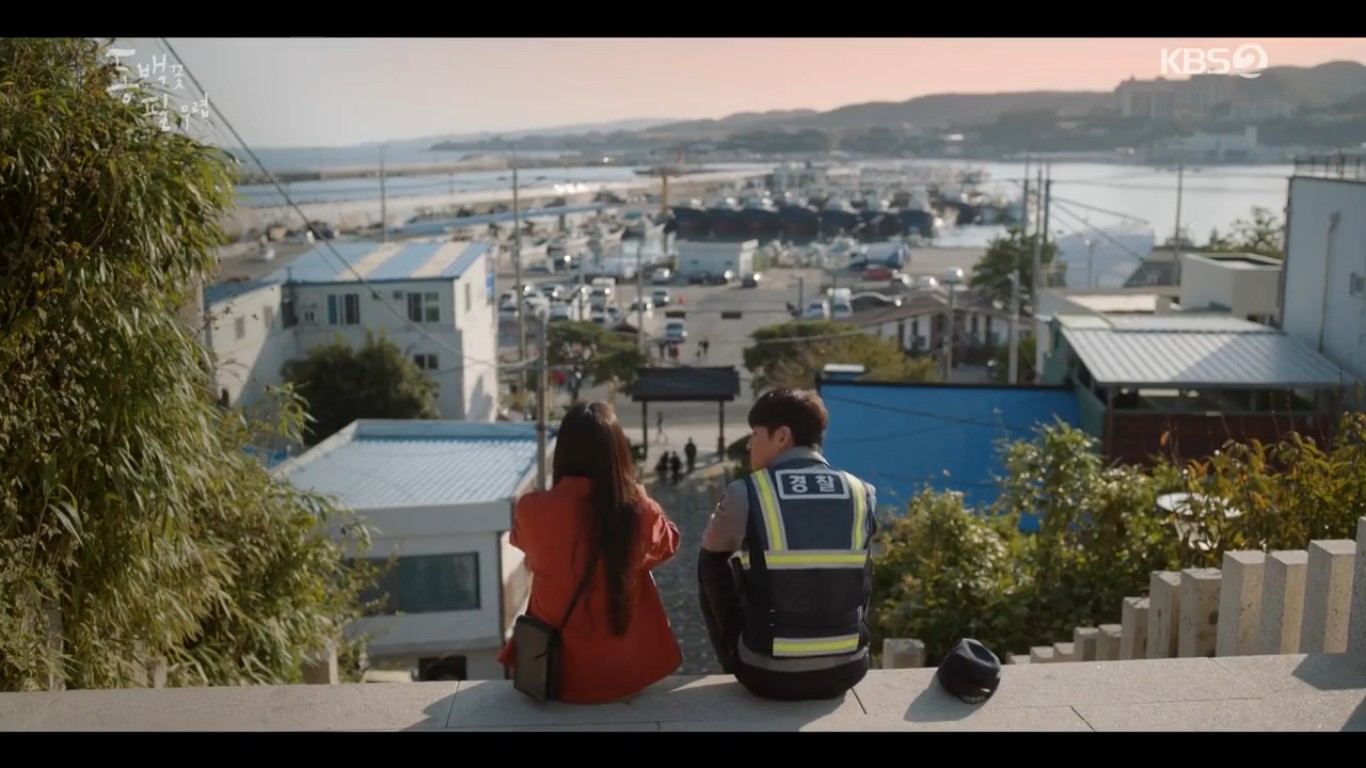 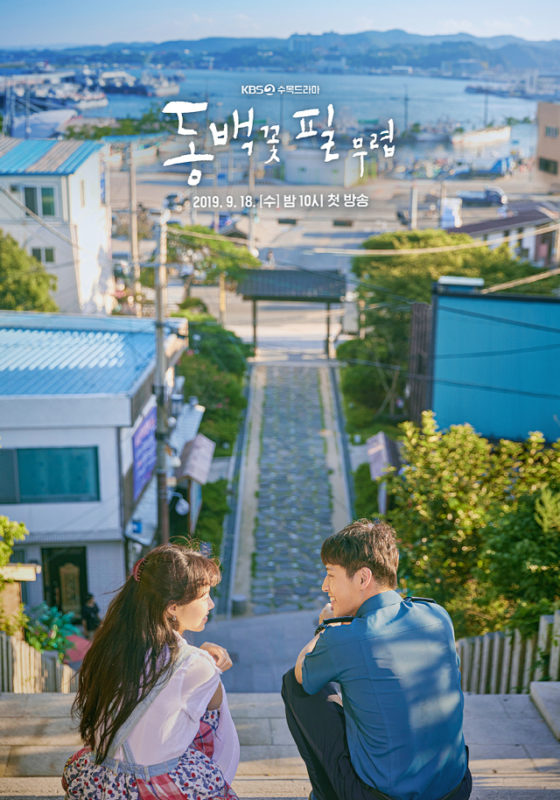 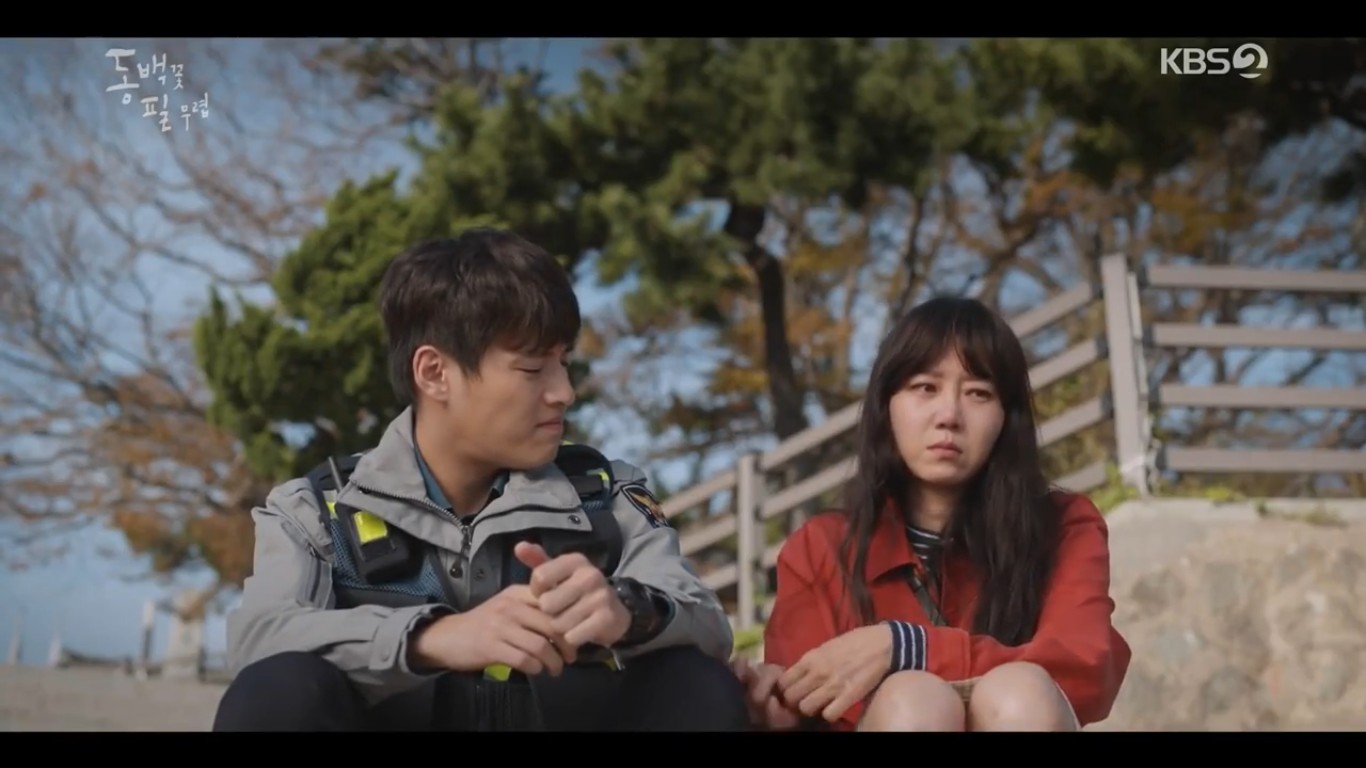 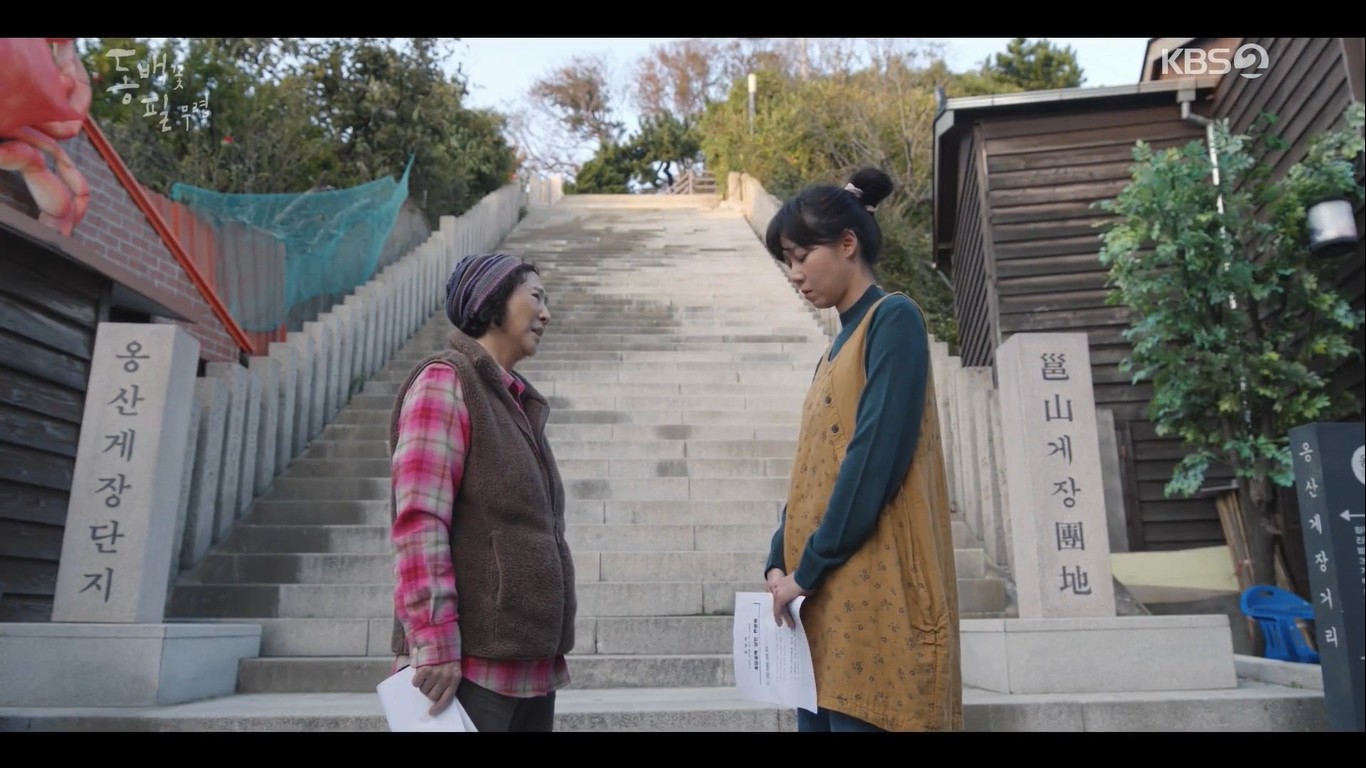 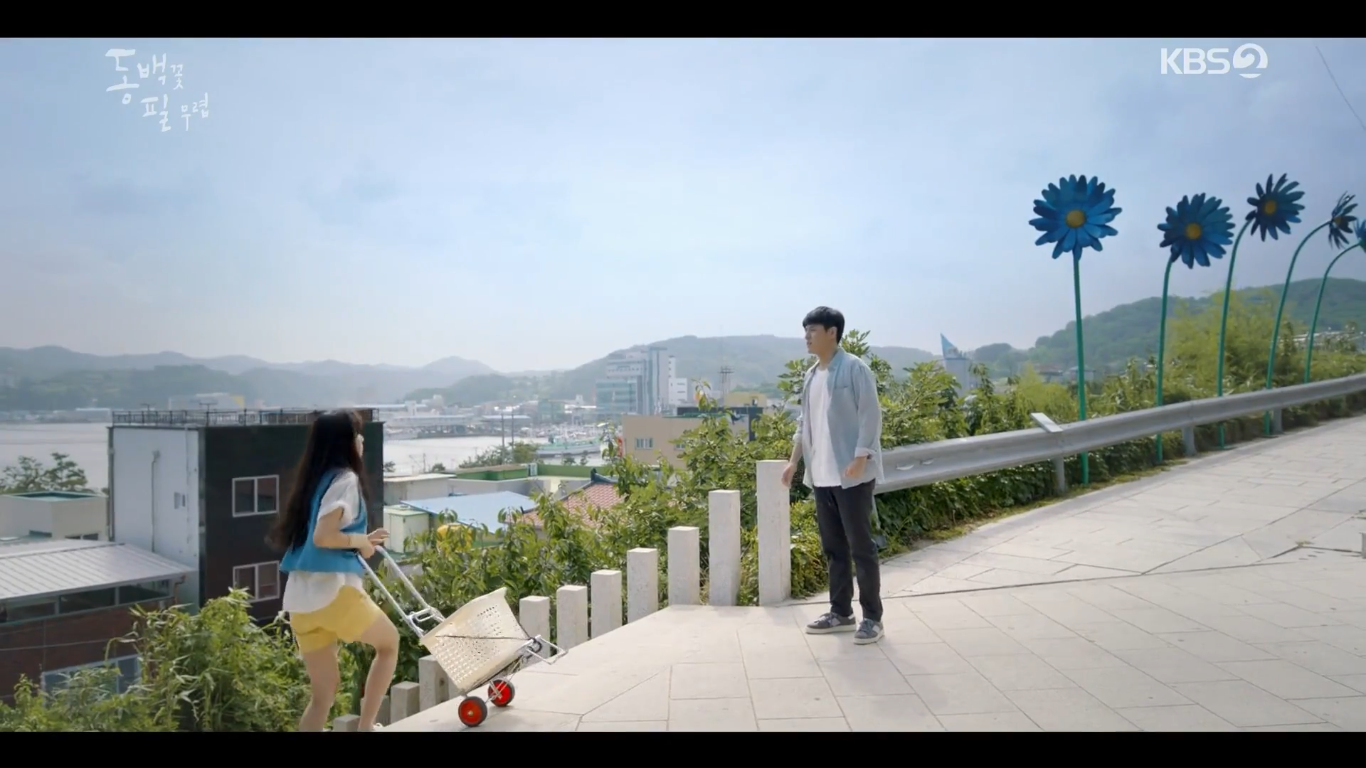 Shin Mi-joo (Shin Se-kyung) drinks on her own on top of these stairs in episode 9 of Run On (런온) (JTBC/Netflix, 2020-21) to reflect on her finished translator job and Ki Seon-gyeom (Im Si-wan) joins her a little later to cheer her up.

These stairs are featured in the main promotional photo for When the Camellia Blooms (동백꽃 필 무렵) (KBS2, 2019) with Hwang Yong-sik (Kang Ha-neul) and Oh Dongbaek (Kong Hyo-jin) sitting together on the top step. In episode 8 (full episode 4), Yong-sik confesses his feelings for Dongbaek, but she discourages him because of potential gossip, and tells him to keep at least 500 metres away from her when she’s at the market. He questions how he can do that, as the market is only 400 metres long! In Episode 30 (full episode 15), they come here when Dongbaek is upset with her mother Jo Jeong-suk (Lee Jung-eun) who she thinks only returned after many years to ask for a donation of her kidney, and Yong-sik attempts to be a good boyfriend and console and support her. As well, Yong-sik’s mother Kwak Deok-sun (Ko Du-shim) tells Dongbaek that she wants her to cut ties with her son, while standing at the foot of the stairs.

Guryongpo Park Stairs [구룡포공원계단] are located at the entrance of Guryongpo Modern Culture History Street / Japanese Houses Street [포항구룡포 일본인가옥거리] in the Guryongpo Township [Guryongpo-eup/구룡포읍] in Pohang’s Nam District [Nam-gu/남구]. Built in 1944, they originally led to the Yongwangdang Shinto Shrine (demolished in 2008 and replaced with a hanok styled structure), now known as Guryongpo Park [구룡포 공원], where additional scenes of When the Camellia Blooms were also filmed.

The base of the stairs is approximately 100 metres south west of Munhwa Masil [문화마실] –appearing as the bar ‘Camellia’ in the same drama–, which is located in the same lane.

— submitted by sarahms
— Run On added by Marion KDL