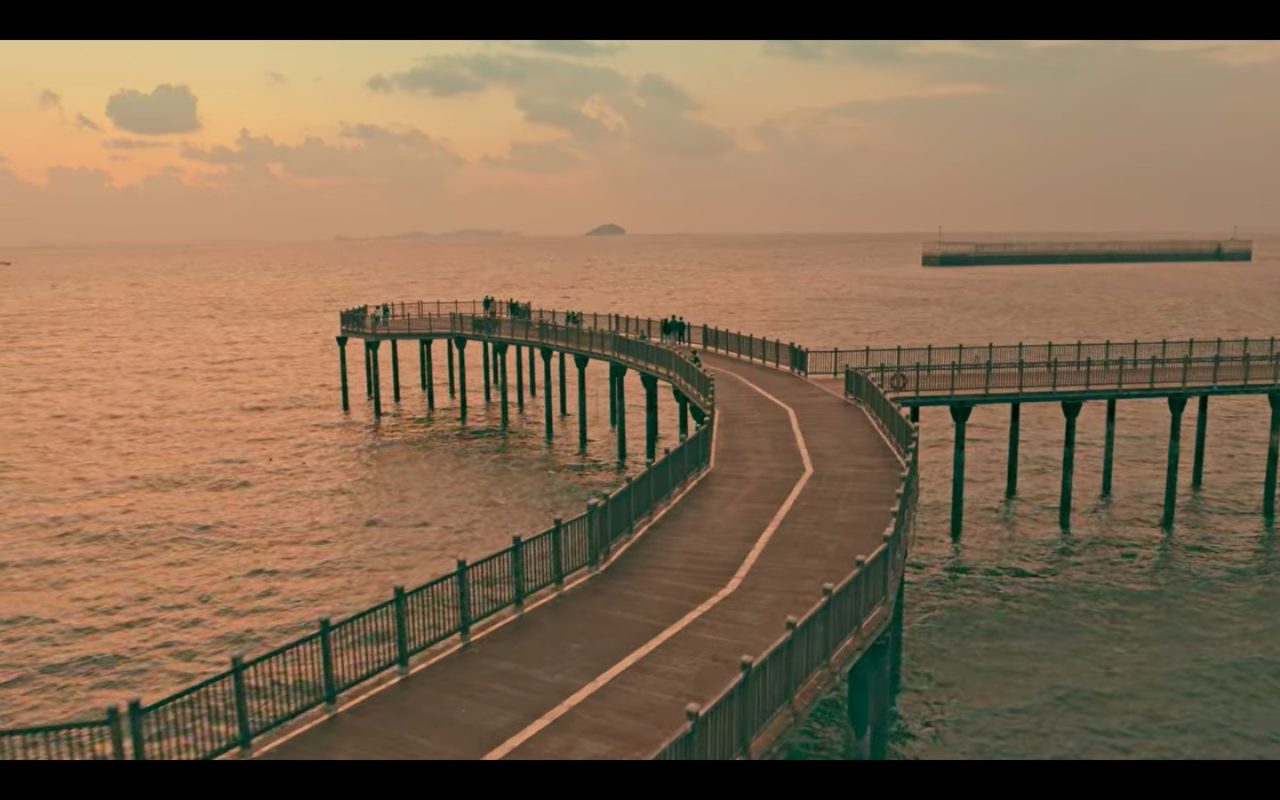 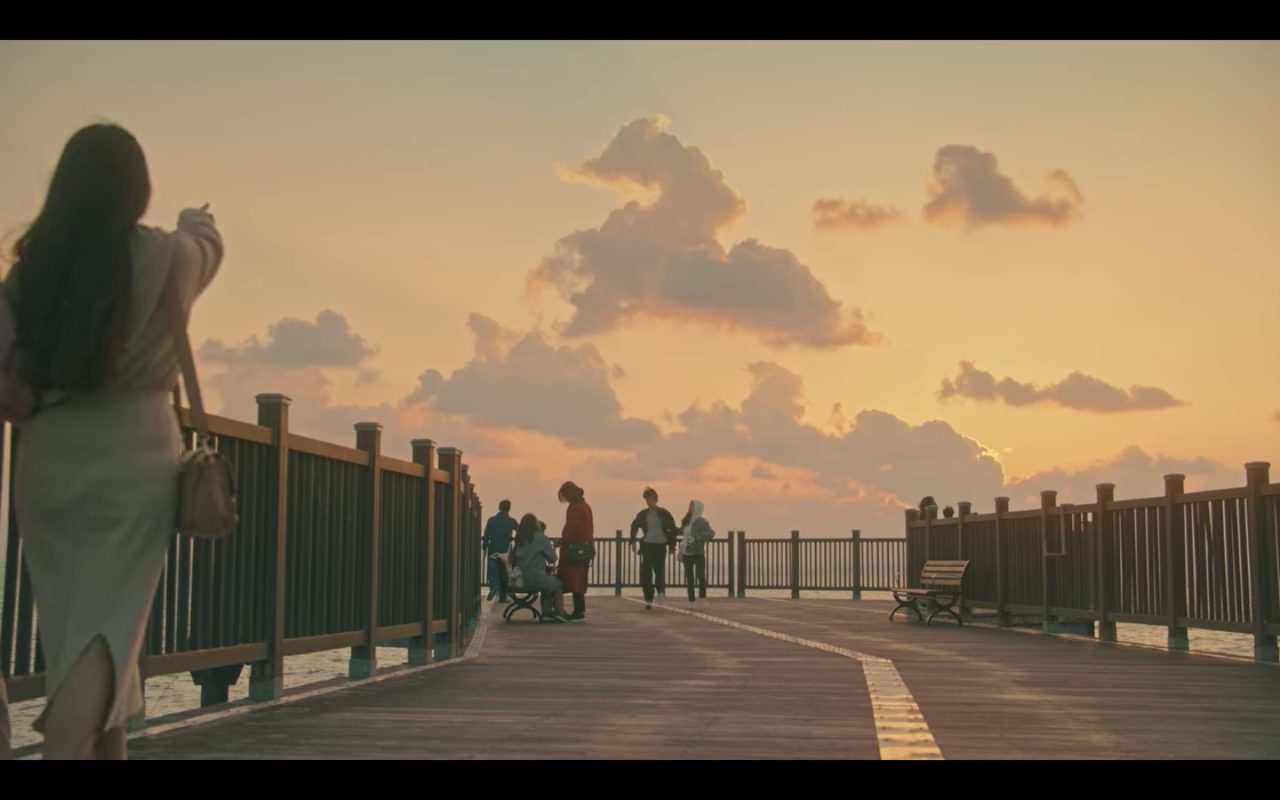 When thinking back to his trip with Kook Yeon-soo (Kim Da-mi) in episode 8 of Our Beloved Summer/That Year We (그 해 우리는) (SBS/Netflix, 2021-22), Choi Woong (Choi Woo-shik) remembers their short visit to this port’s fishing bridge where Yeon-soo rapidly took photos and hurried them off to the next sight-seeing spot.

Gungpyeong Port [궁평항/宮坪港] is a national fishing port with a fishery market that can accomodate about 200 fishing boats. It is located in the village of Gungpyeong [Gungpyeong-ri/궁평리] in Hwaseong’s Seosin Township [Seosin-myeon/서신면]; about an hour by Bus H52 to/from Jebudo Waterwalk [제부도 워터워크].

The ‘gung’ (궁/宮, or ‘palace’) in the port’s name refers to how the land was previously under the purview of the royal palace. First established inside the Hwaong Embankment (화옹방조제), it was moved outside the seawall when the latter was built. In 2004, this port was designated as a fishing village settlement fishing port and was then promoted to a national fishing port in December 2008.

The southern breakwater is popular as a fishing pier (피싱피어) —mainly mullets and mudskippers are caught here— and comes with a 193-meter long residual bridge facility (seen in Our Beloved Summer) for fishing on the sea. The bridge, also known as the ‘Fishing bridge at Gungpyeong Port’ [궁평항 낚시다리], was built in June 2009 (others say May 2009). Aside from fishing, the port is also known as a popular place to watch the sunset and take photos.