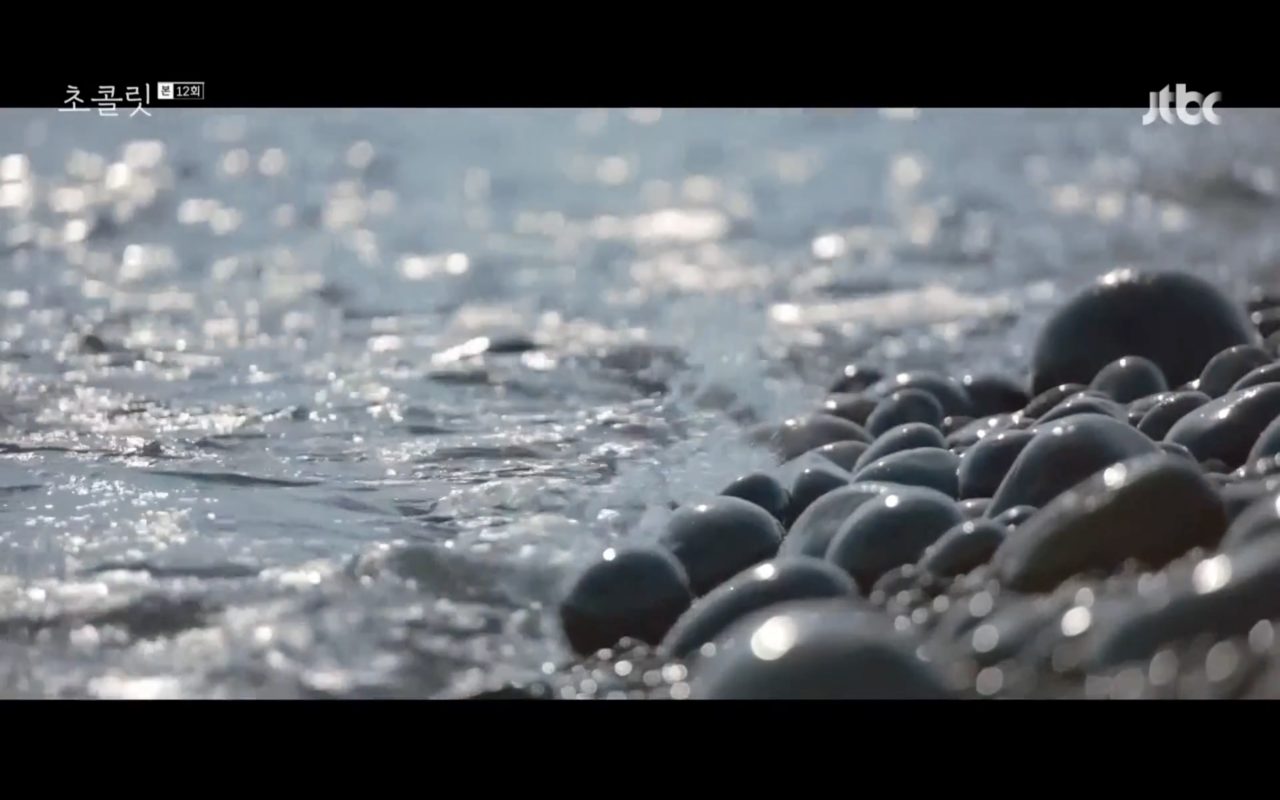 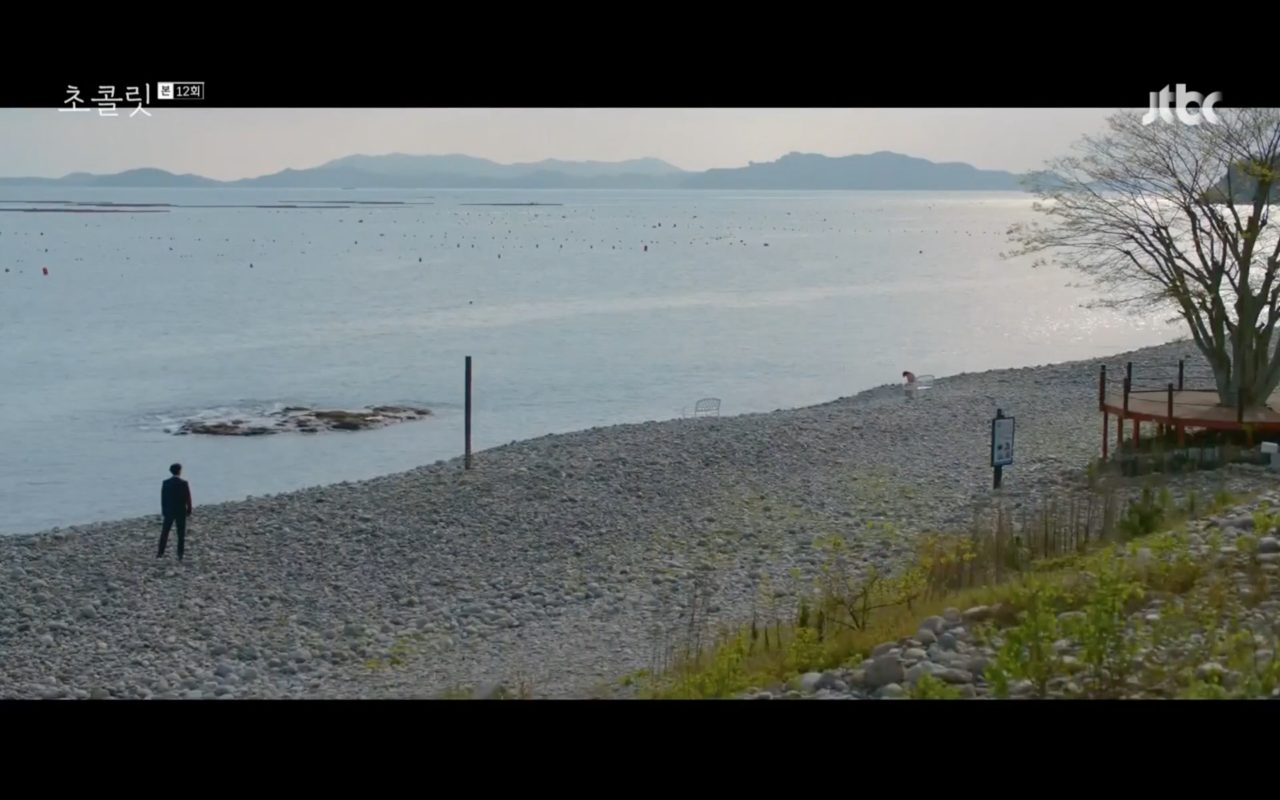 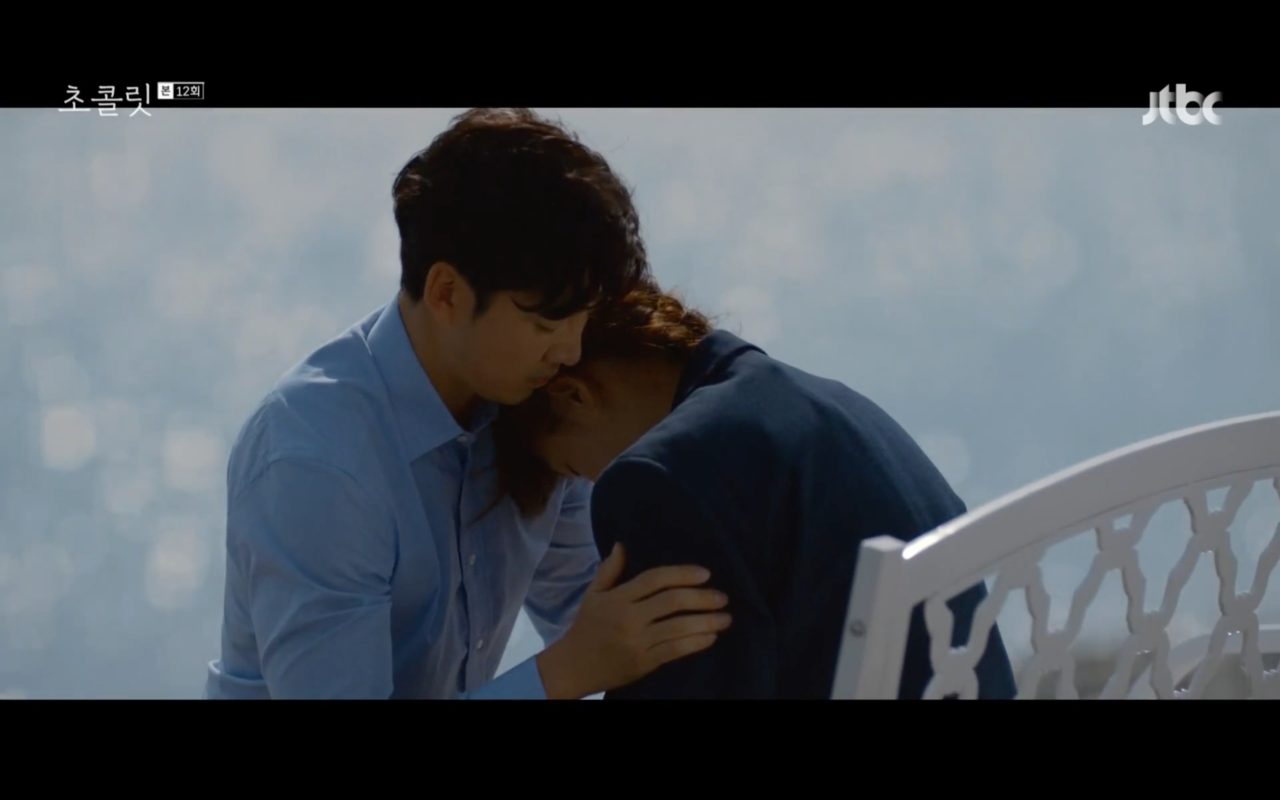 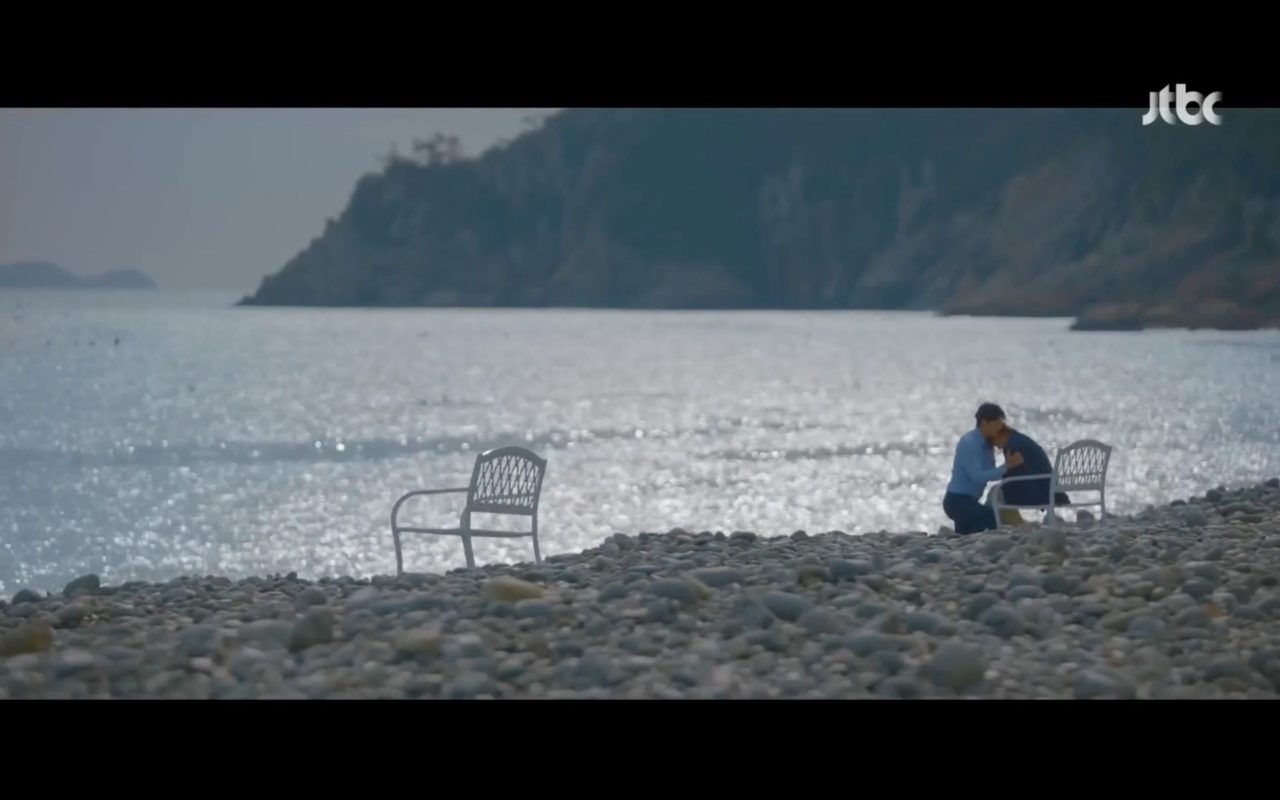 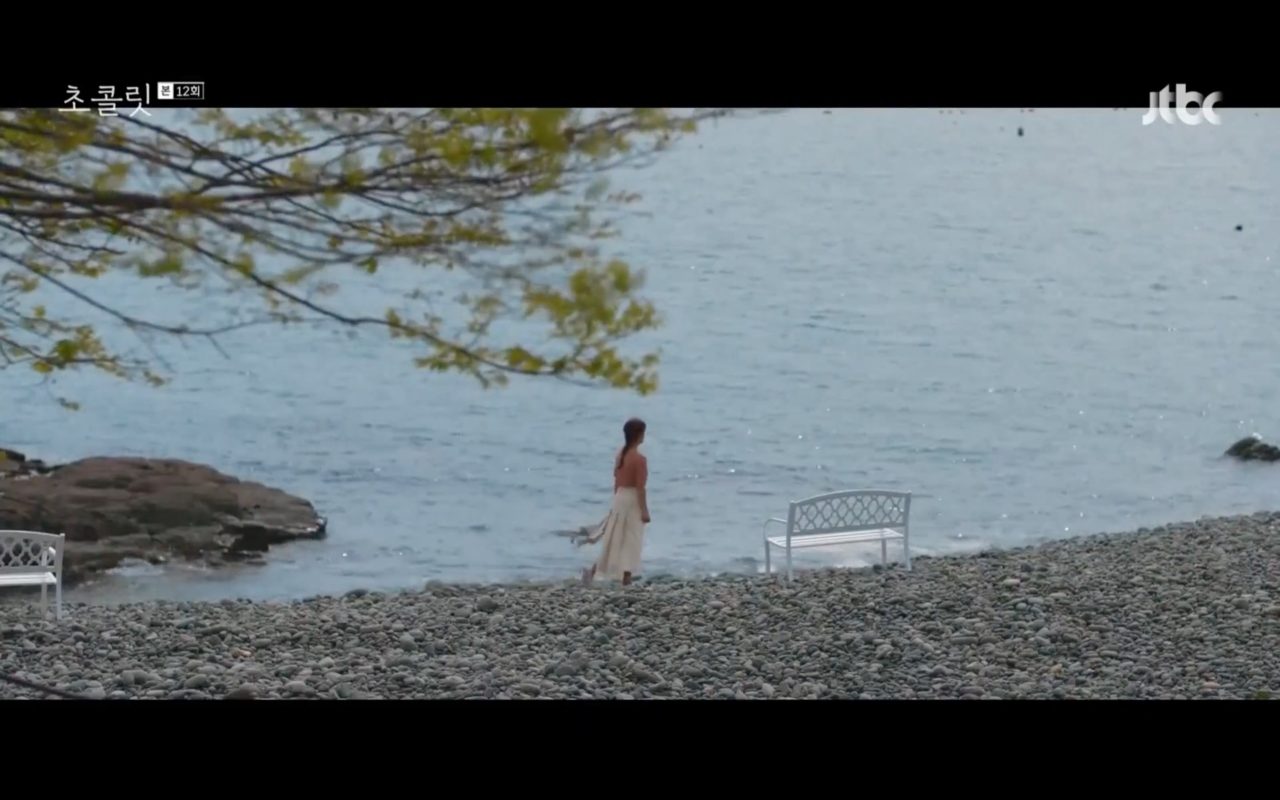 This is the ‘beach park’ at which Moon Cha-young (Ha Ji-won) falls asleep on a bench while waiting for Lee Kang (Yoon Kye-sang) in episode 12 of Chocolate (Chokolis, 초콜릿) (JTBS, 2019-20). When he comes to find her, she is still sleeping. He covers her with his jacket and lets her continue to sleep on his shoulder for another four hours until she wakes up (shocked to find herself so close to Kang).

Gugyedeung Beach of Jeongdo-ri [정도리구계등] — sometimes also ‘Gugyedeung Pebble Beach’ or ‘Jeongdori Beach’ for short — is a beach located on the Southern tip of Wando Island [완도] in the village of Jeongdo [Jeongdo-ri/정도리] in the Wando Township [Wando-eup/완도읍]. Stretching 800 m long, the beach is known as Gugyedeung –‘hill with nine steps’– because of the shingles washed off by waves form nine tiers on the coast, owing to the character of the tides here. The round pebbles are very smooth and it is believed that walking on them will have effects similar to acupuncture.

The beach was designated National Scenic Site No. 3 (명승 제3호) in 1972 and is part of the Dadohaesang National Park [다도해해상국립공원] which occupies large parts of the coastal area of Jeollanam-do.