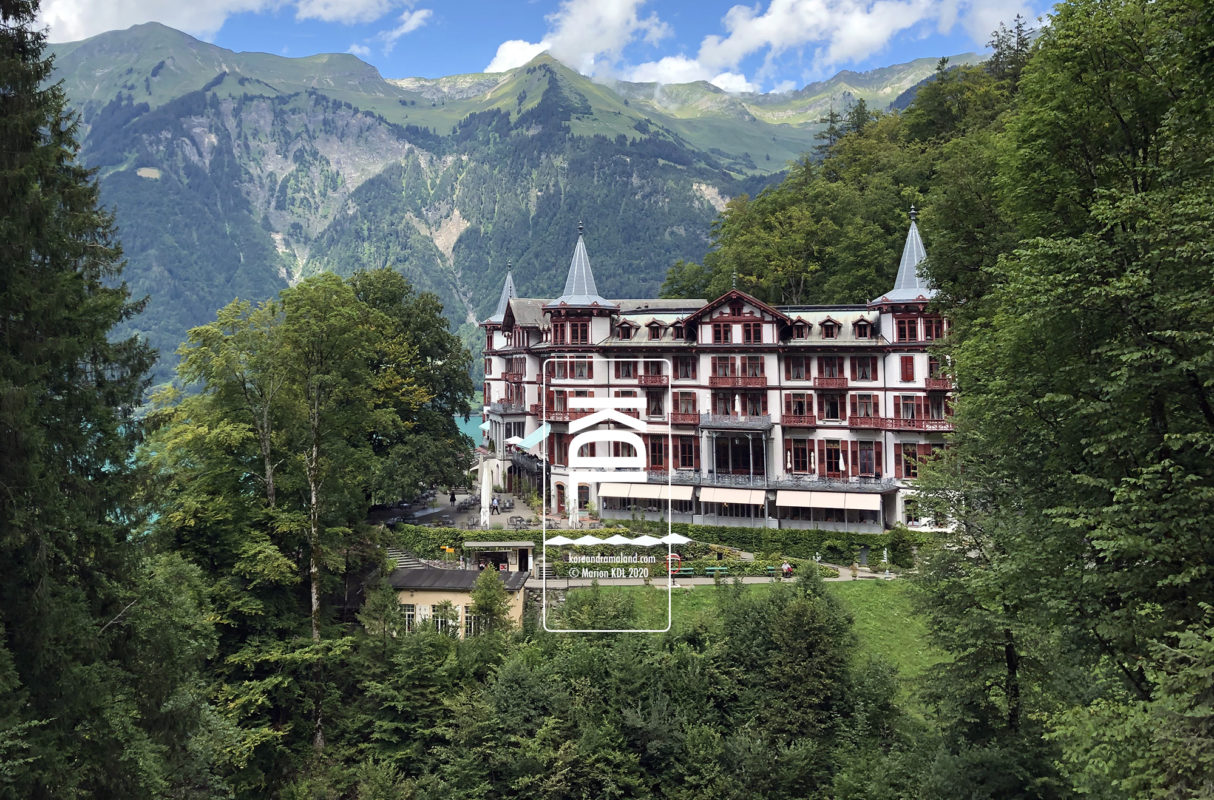 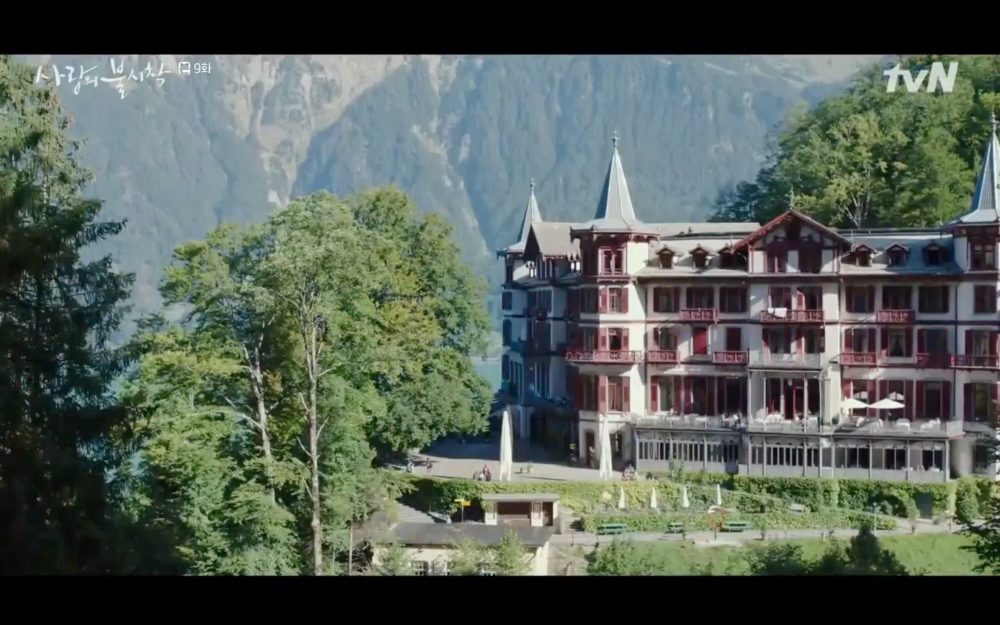 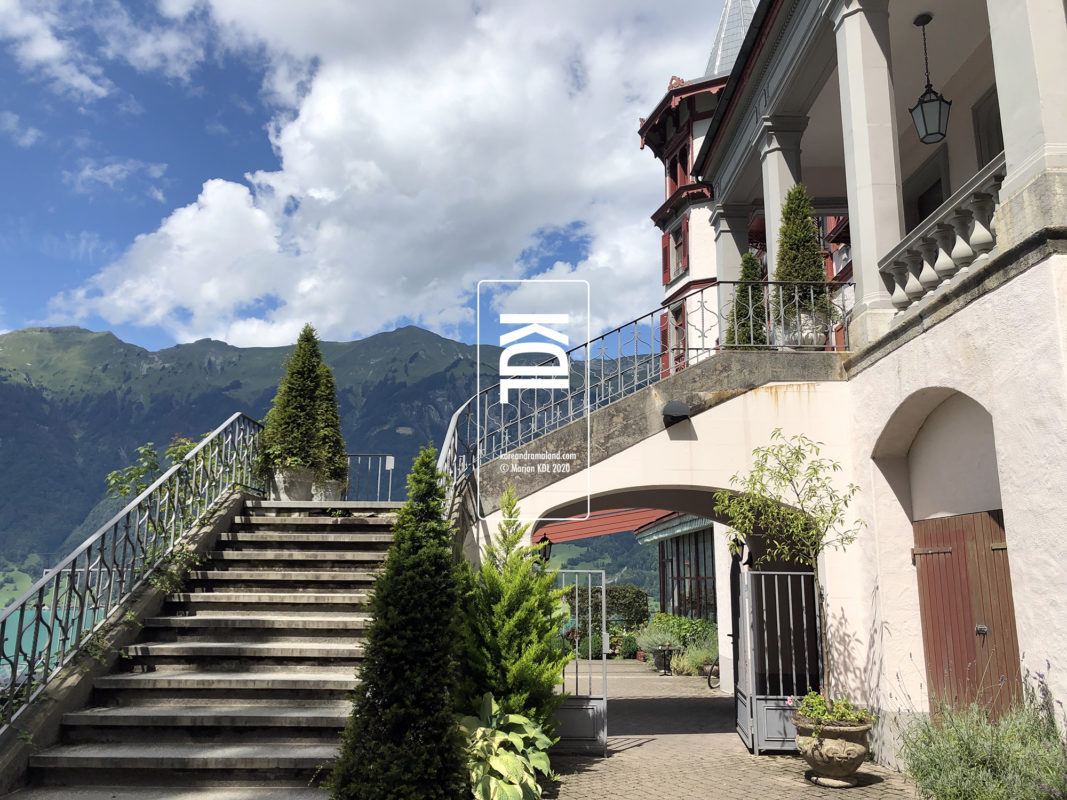 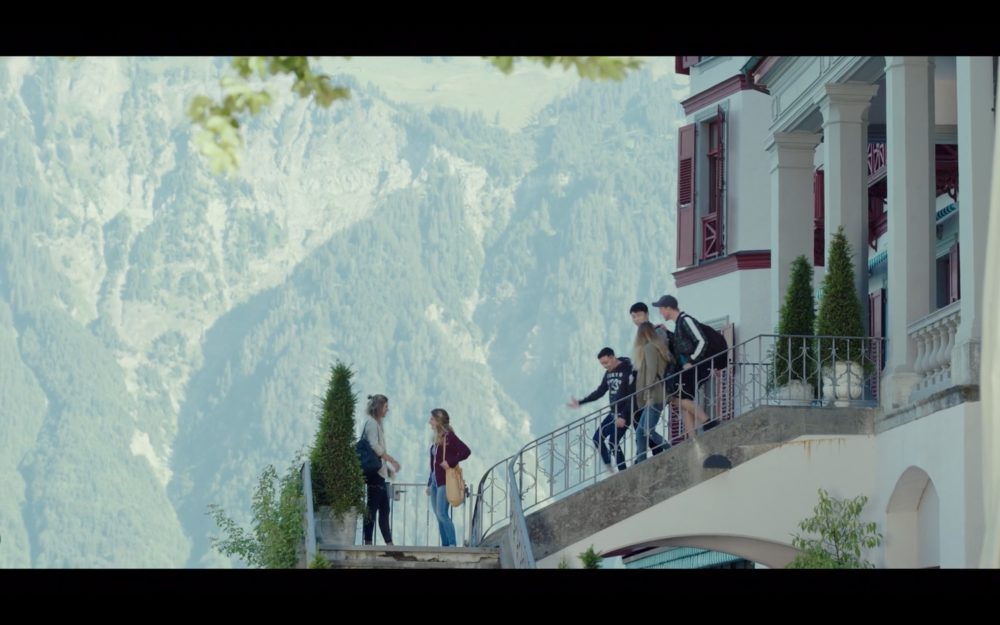 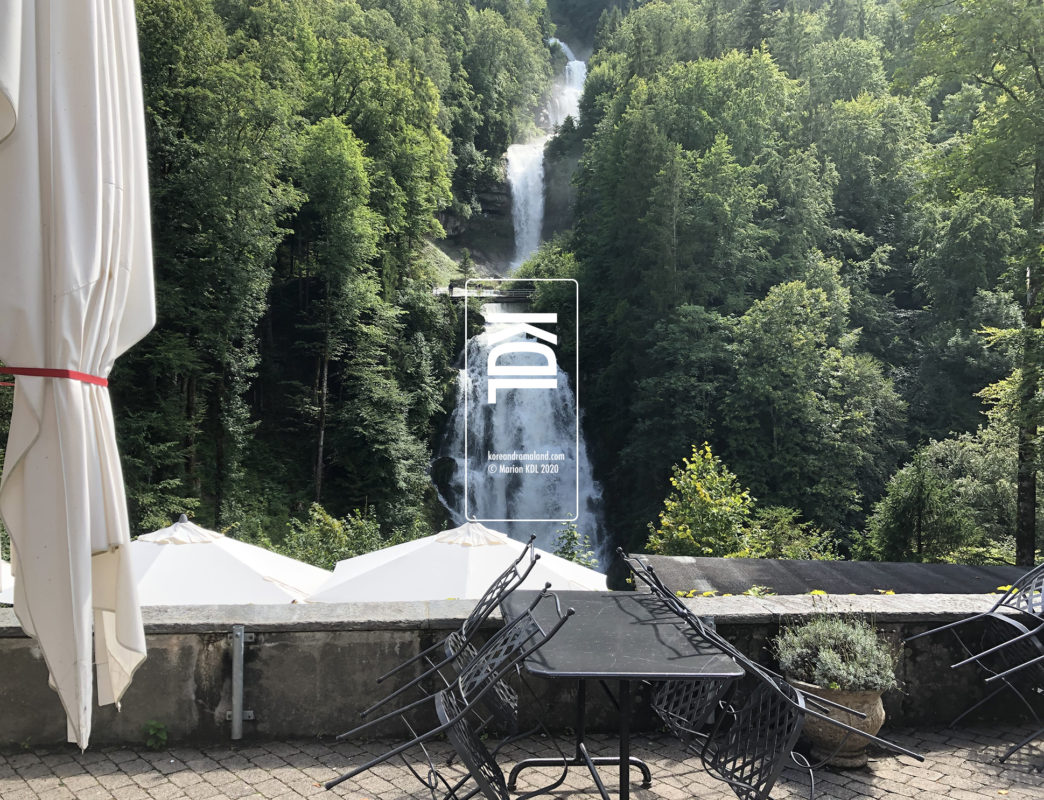 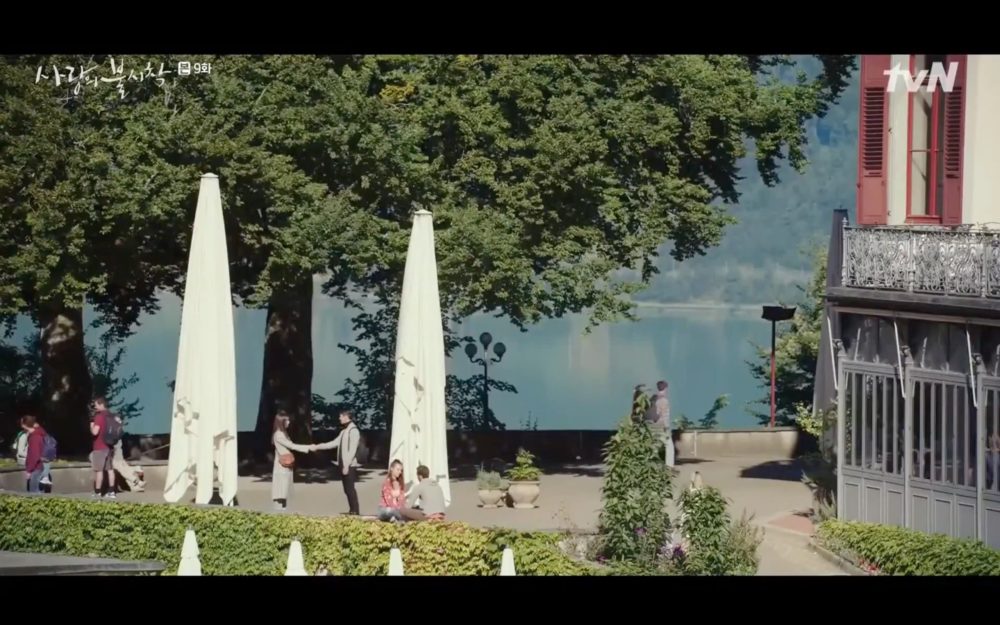 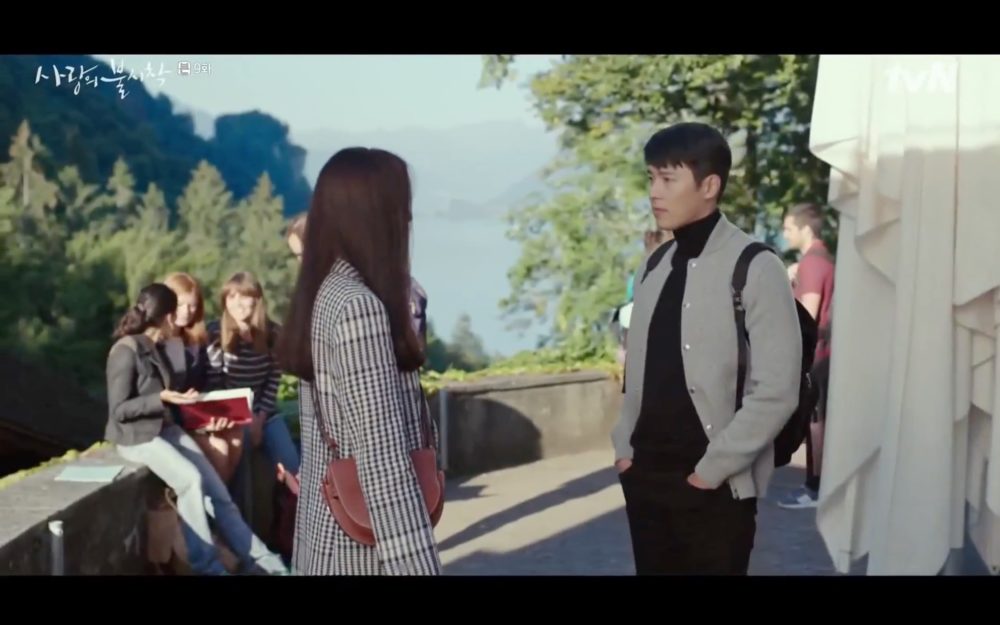 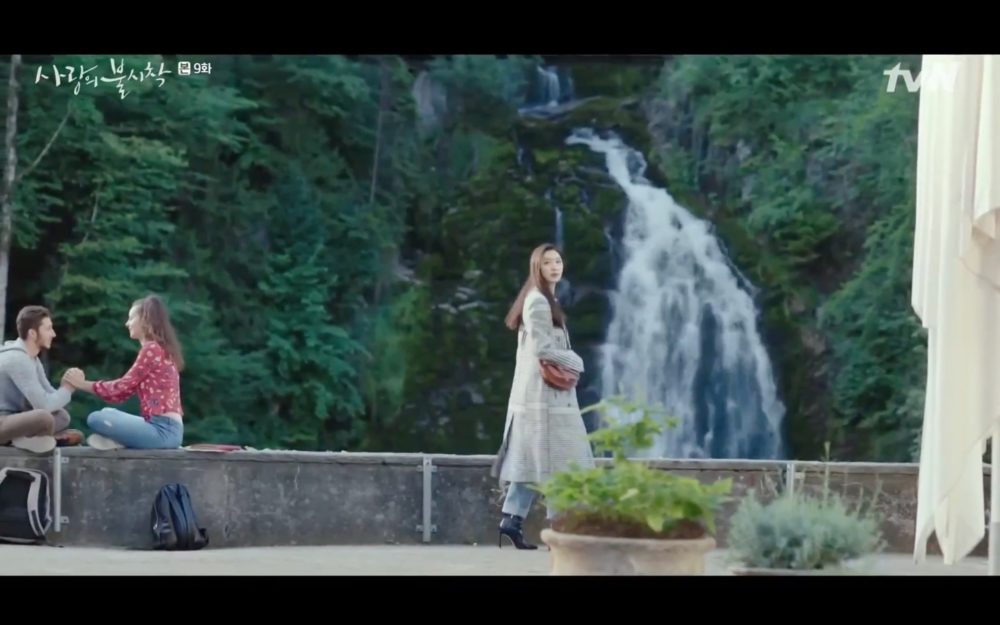 This hotel appears as Ri Jeong-hyeok’s (Hyun Bin) music school in Switzerland, in episode 5 of Crash Landing on You (사랑의 불시착) (tvN, 2019-20). It is also where Seo Dan (Seo Ji-hye) visits him in episode 7 as his fiancée.

Grandhotel Giessbach is a four-star hotel located above Lake Brienz, Switzerland, in the municipality of Brienz in the Canton of Bern. The hotel was built in 1873/74 for the Hauser family from Zurich –one of the great dynasties of the Swiss hotel trade– by French architect Horace Edouard Davinet. A few years later, in 1879, the hotel opened the now oldest and still functioning funicular in Switzerland, the Giessbach Funicular [Giessbachbahn]. Before the first World War broke out, Grandhotel Giessbach had become the meeting point for the high society, i.e. emperors and kings, statesmen, diplomats and celebrated artists spent their summers here. Suffering from the two wars and changes in the tourism trade, the hotel closed doors in 1979.

In November 1983, internationally renowned Swiss ecologist Franz Weber bought the hotel and placed it under protection. Today, it is also a Swiss Historic Hotel. For a stay overnight, you can choose between a lake view or a view of the ‘Giessbach Falls’ — also seen in Crash Landing on You.

Getting here
Please check the hotel’s webpage for directions.