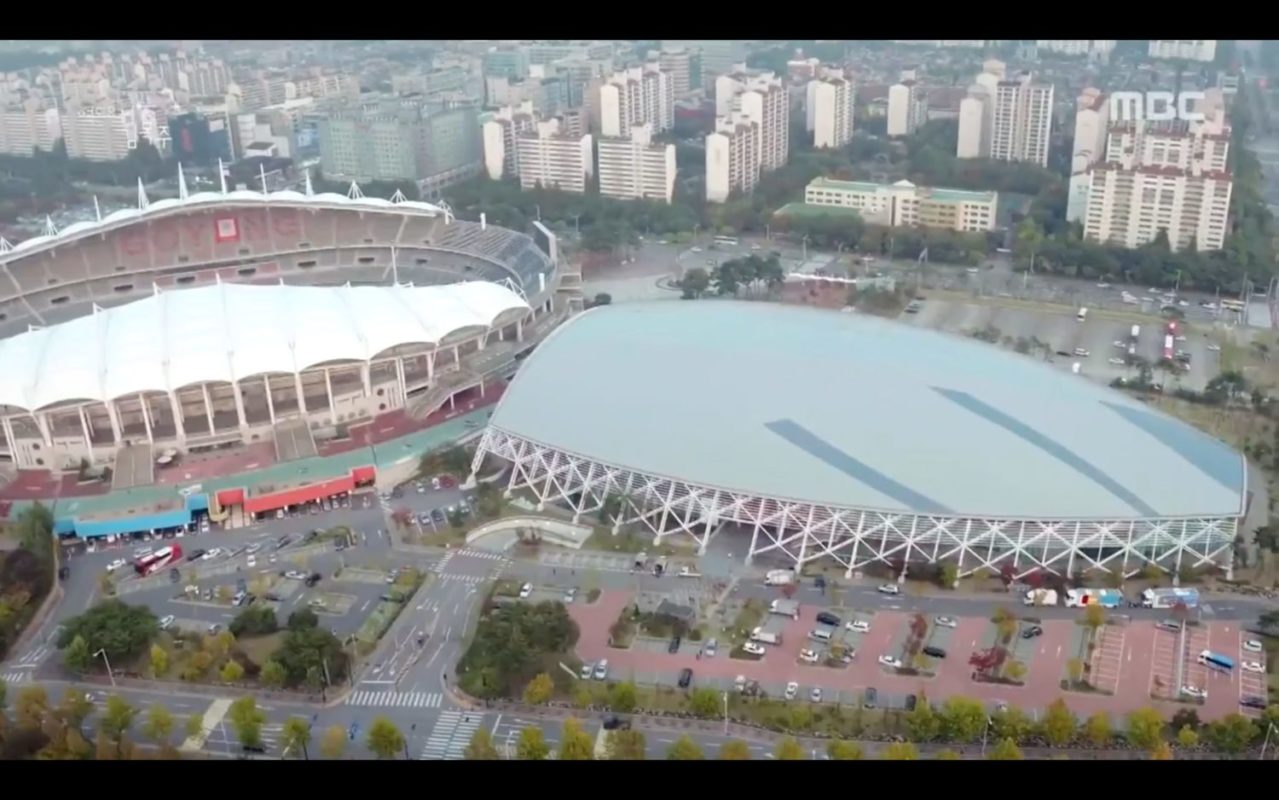 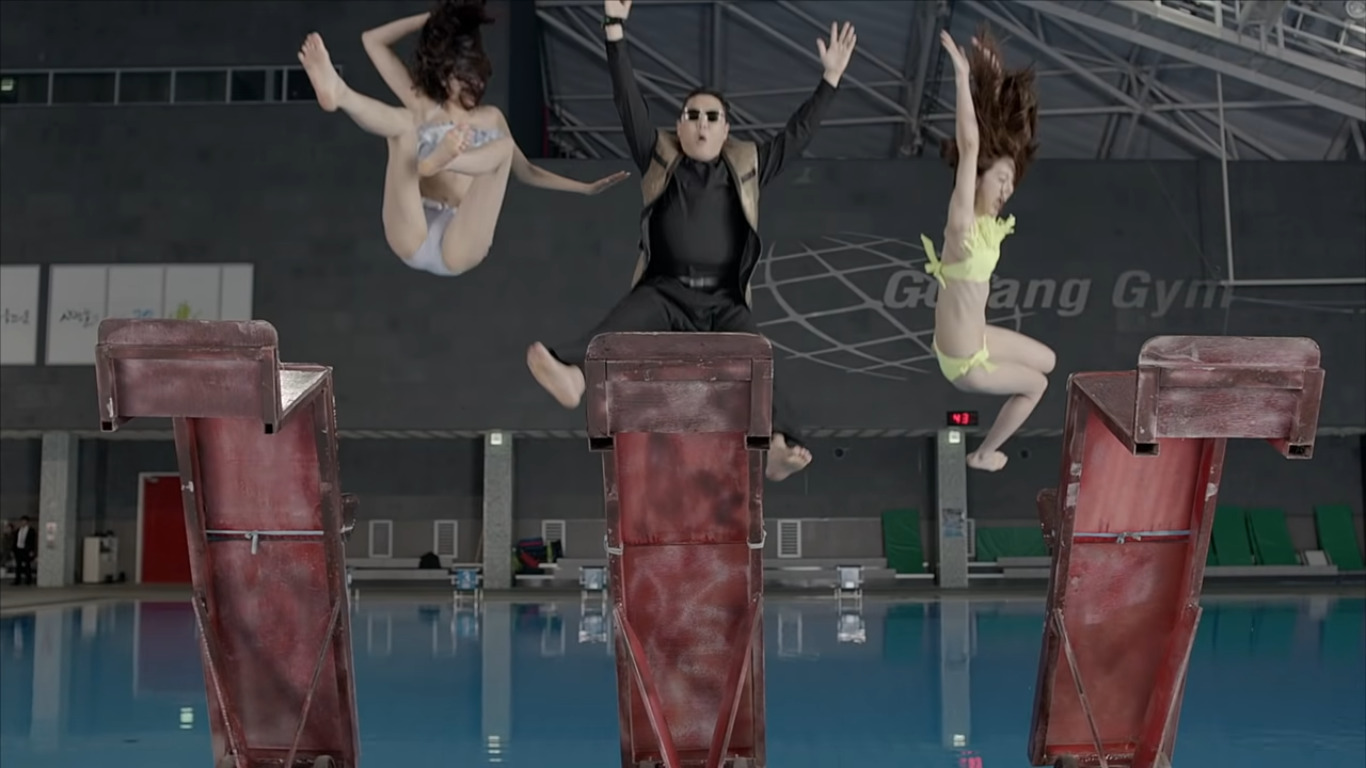 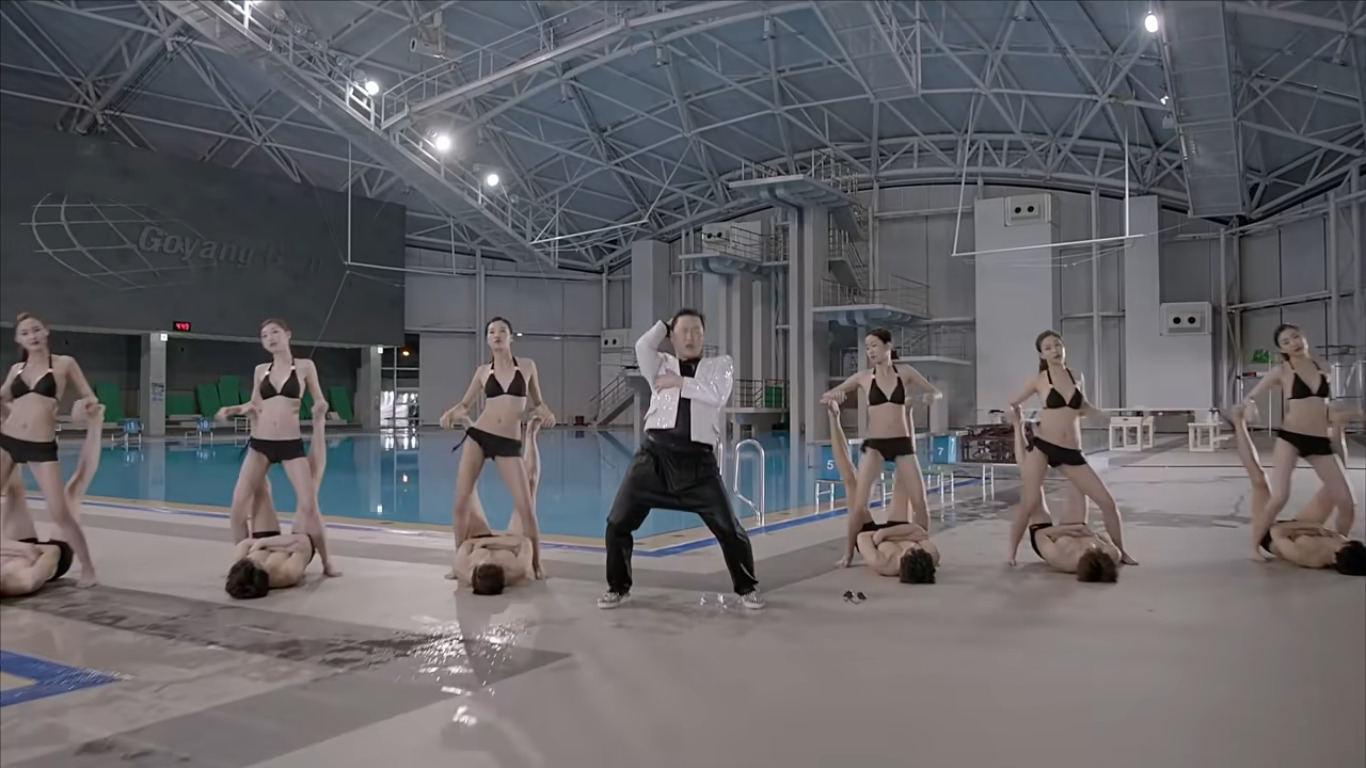 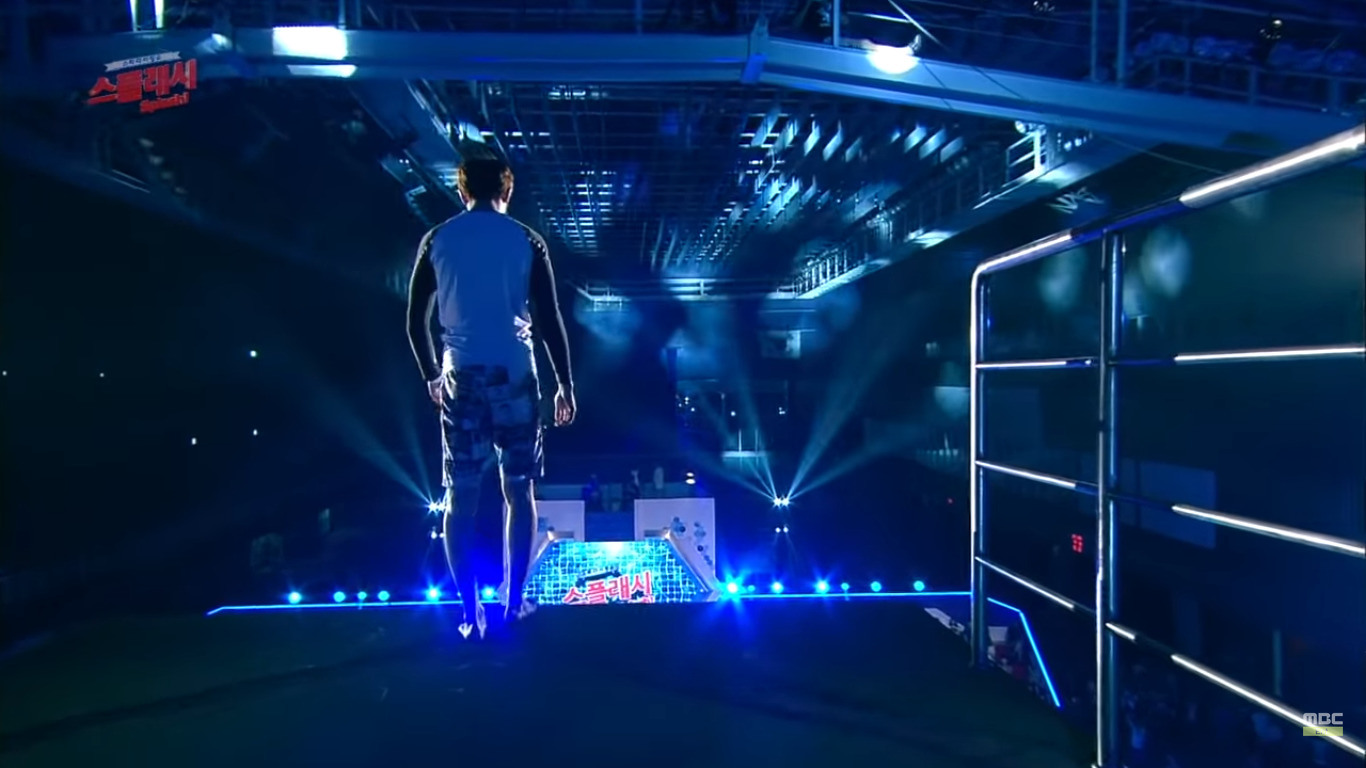 Eight-year old Ha-joon (Jeong Hyun-jun) disappears after school in episode 6 of Mine/Blue Diamond (Ma-in/마인) (tvN 2021) and his chaebol household is in an uproar searching for him, as they suspect he may have been kidnapped. Step-mum Hi-soo (Lee Bo-young) tracks his phone to the Gymnasium, renamed “Annam Arena” and discovers he had attended a concert by his favourite rapper, Woo Won-jae.

This place appears as ‘Markopoulo Olympic Shooting Center’ in episode 1 of W Two Worlds (더블유) (MBC, 2016) and it is where the 50m Pistol Men competition for the 2004 Athens Olympic takes place, which is won by Kang Chul (Lee Jong-Suk).

Goyang Sports Complex [고양종합운동장] includes the main 41,000 seat Goyang Sports Stadium (used for soccer matches and track and field competitions), the smaller Goyang Gymnasium [고양체육관] aka Goyang Indoor Stadium, which consists of basketball courts, indoor swimming and diving facilities, squash/ racquetball courts, an indoor golf course and fencing and gymnastics arenas) and the auxiliary grounds, used for soccer and track and field training. The main Stadium opened in September 2003, and the Gymnasium was completed in July 2011.