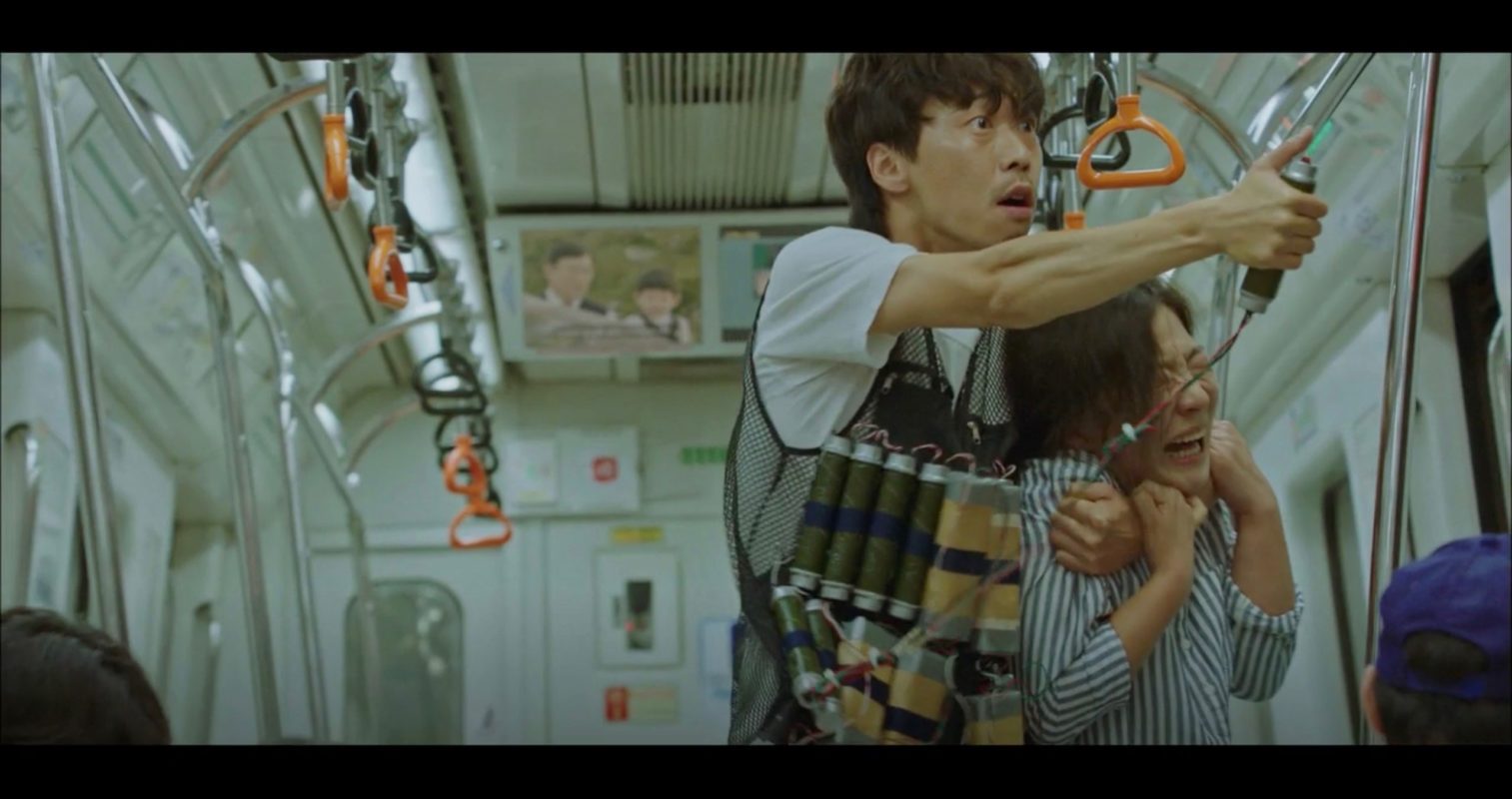 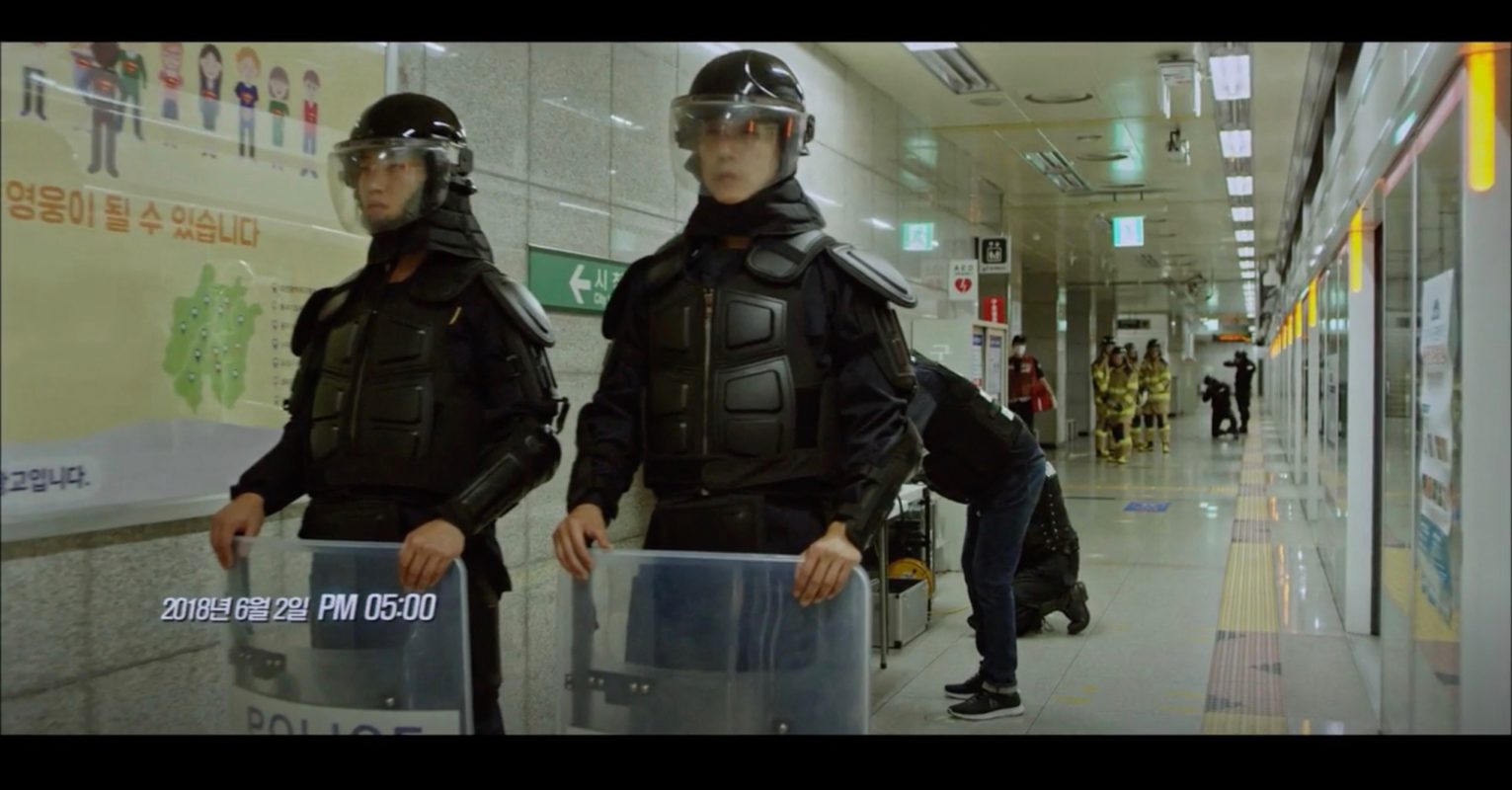 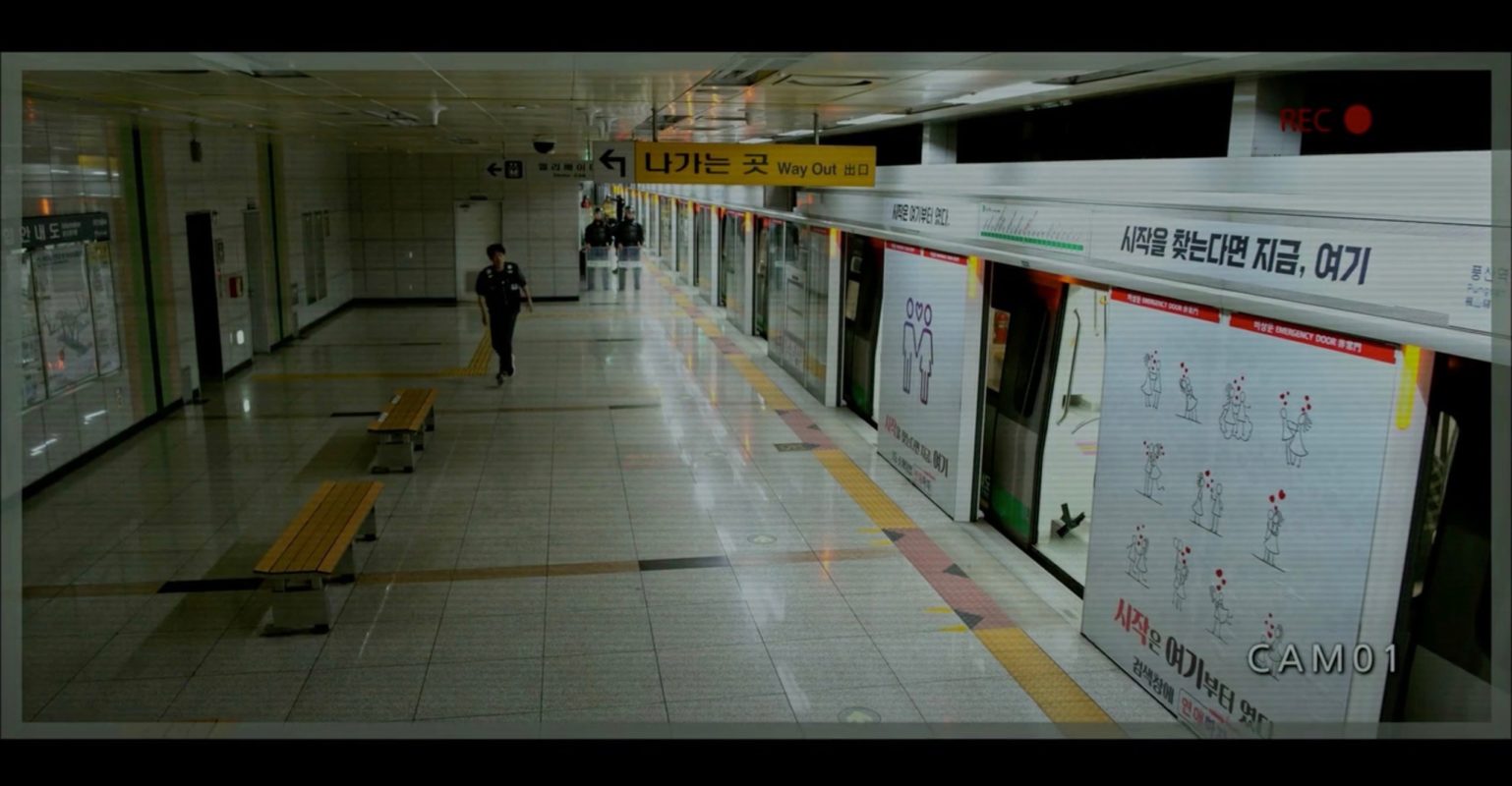 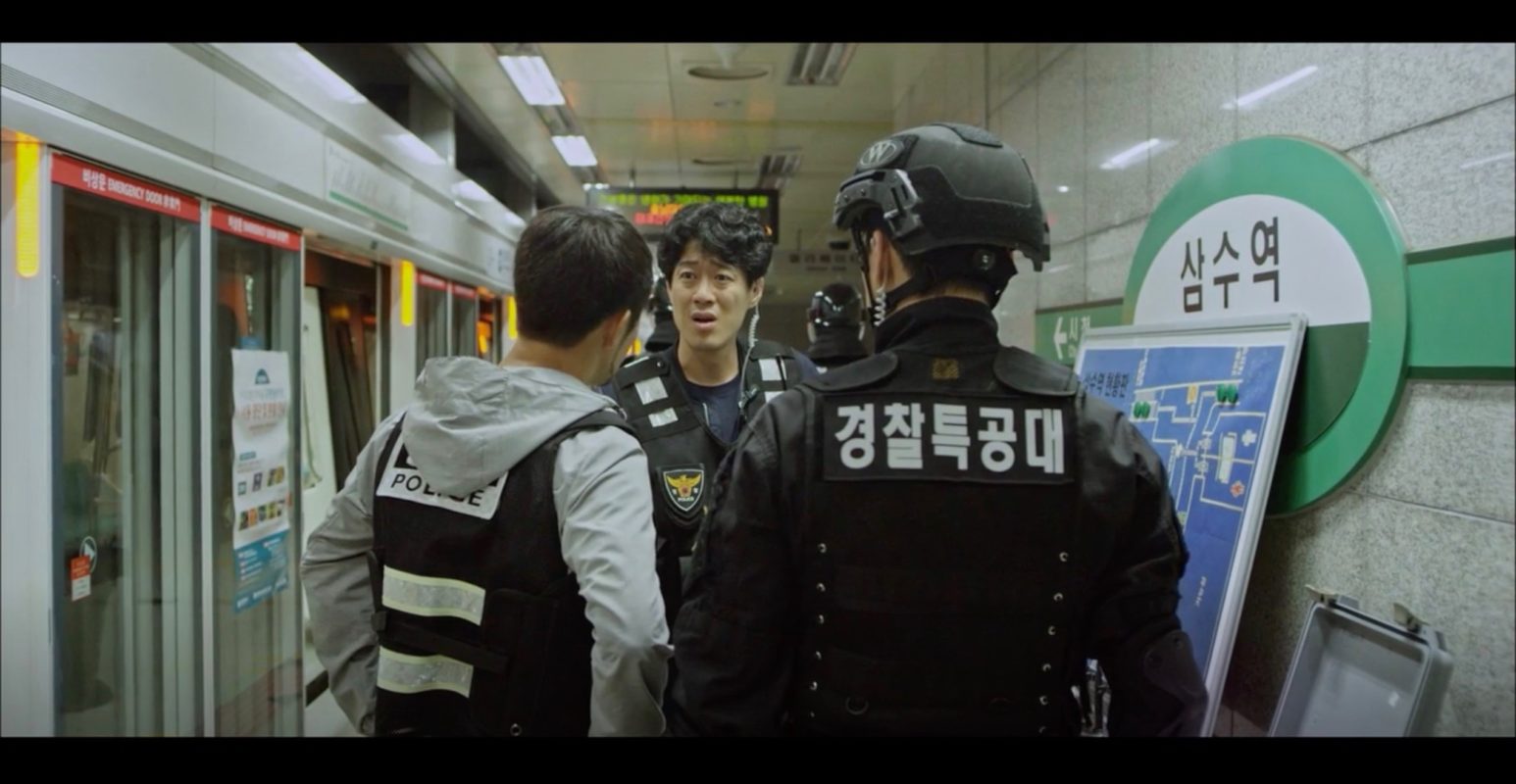 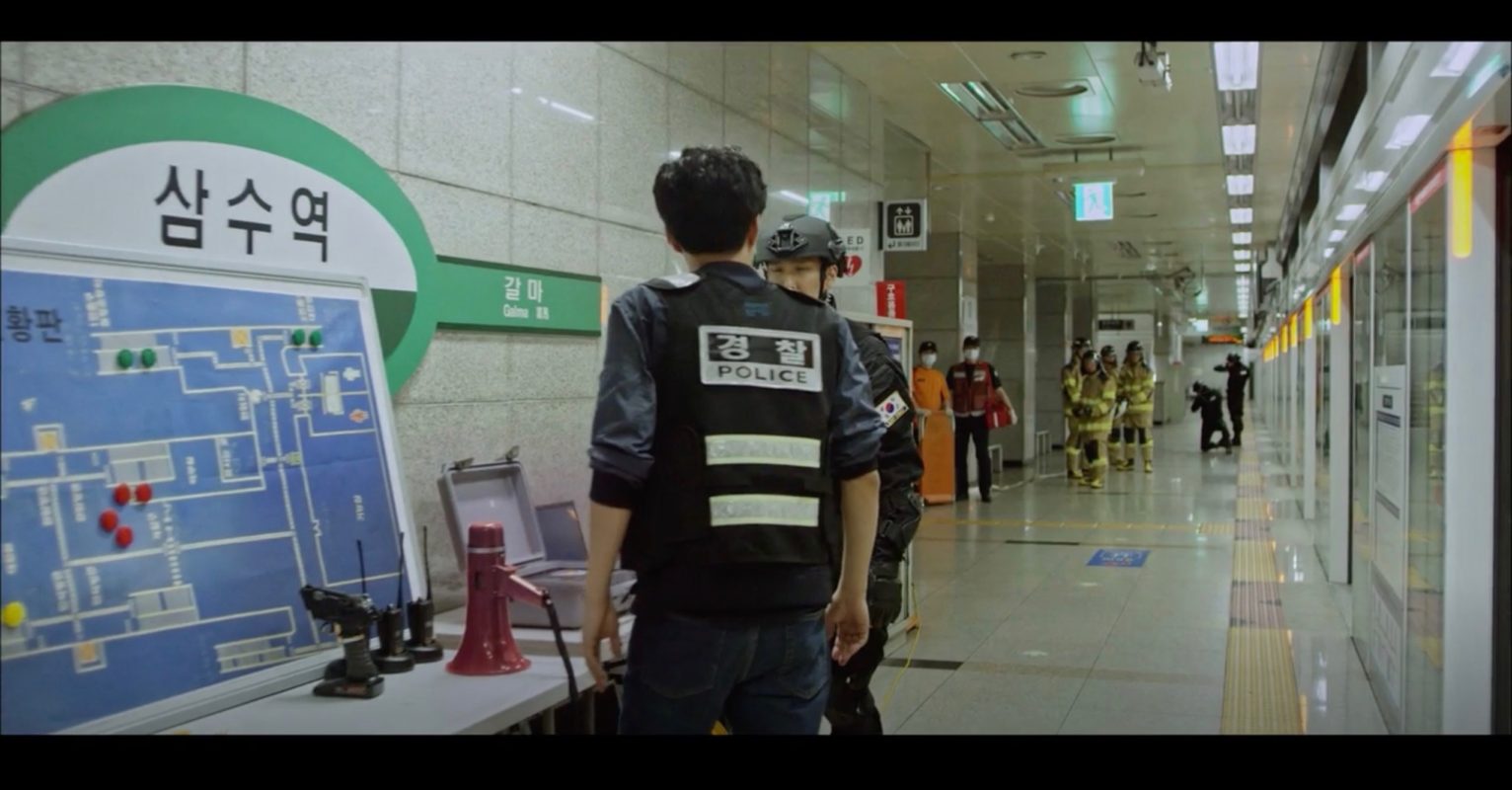 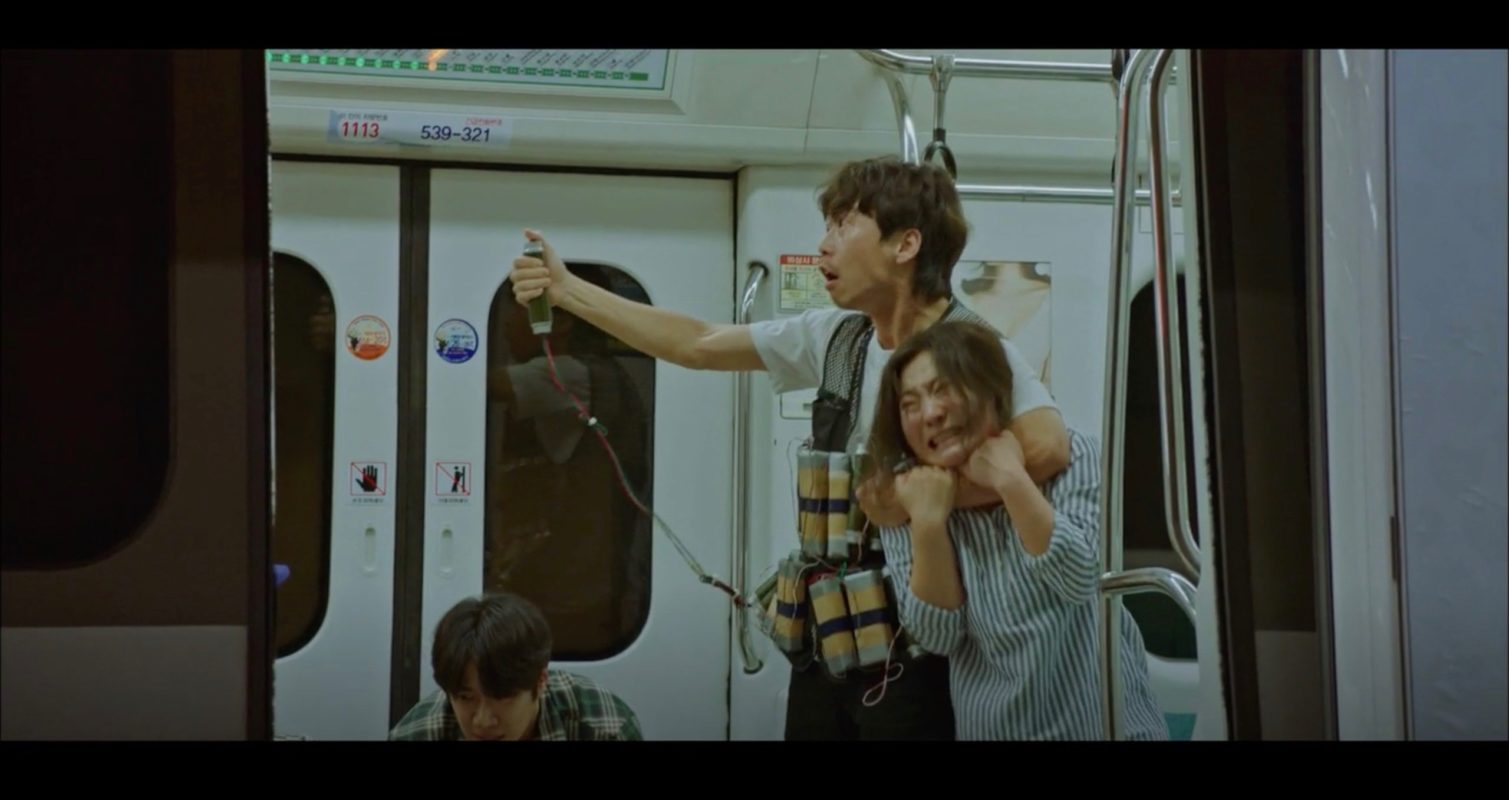 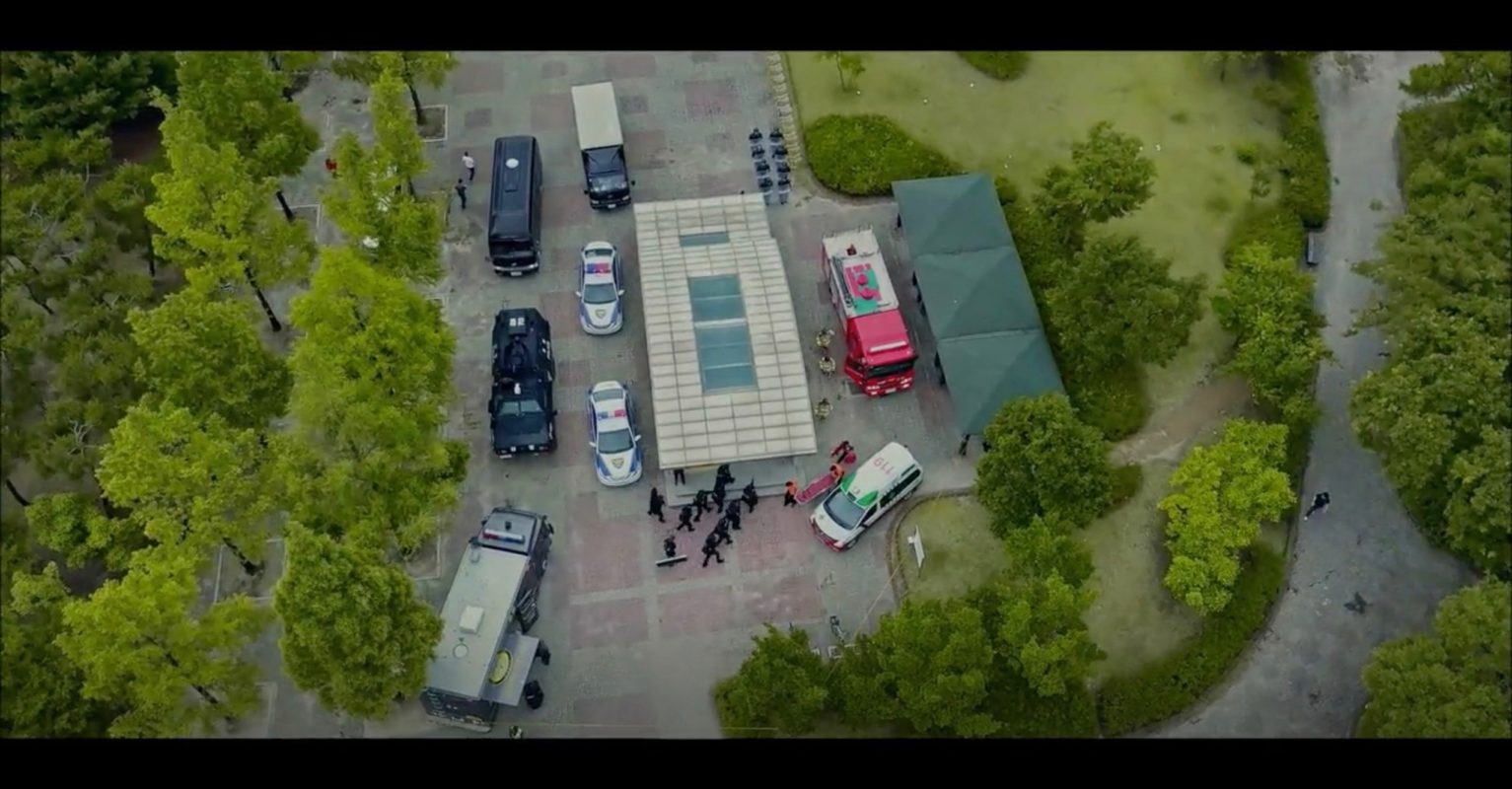 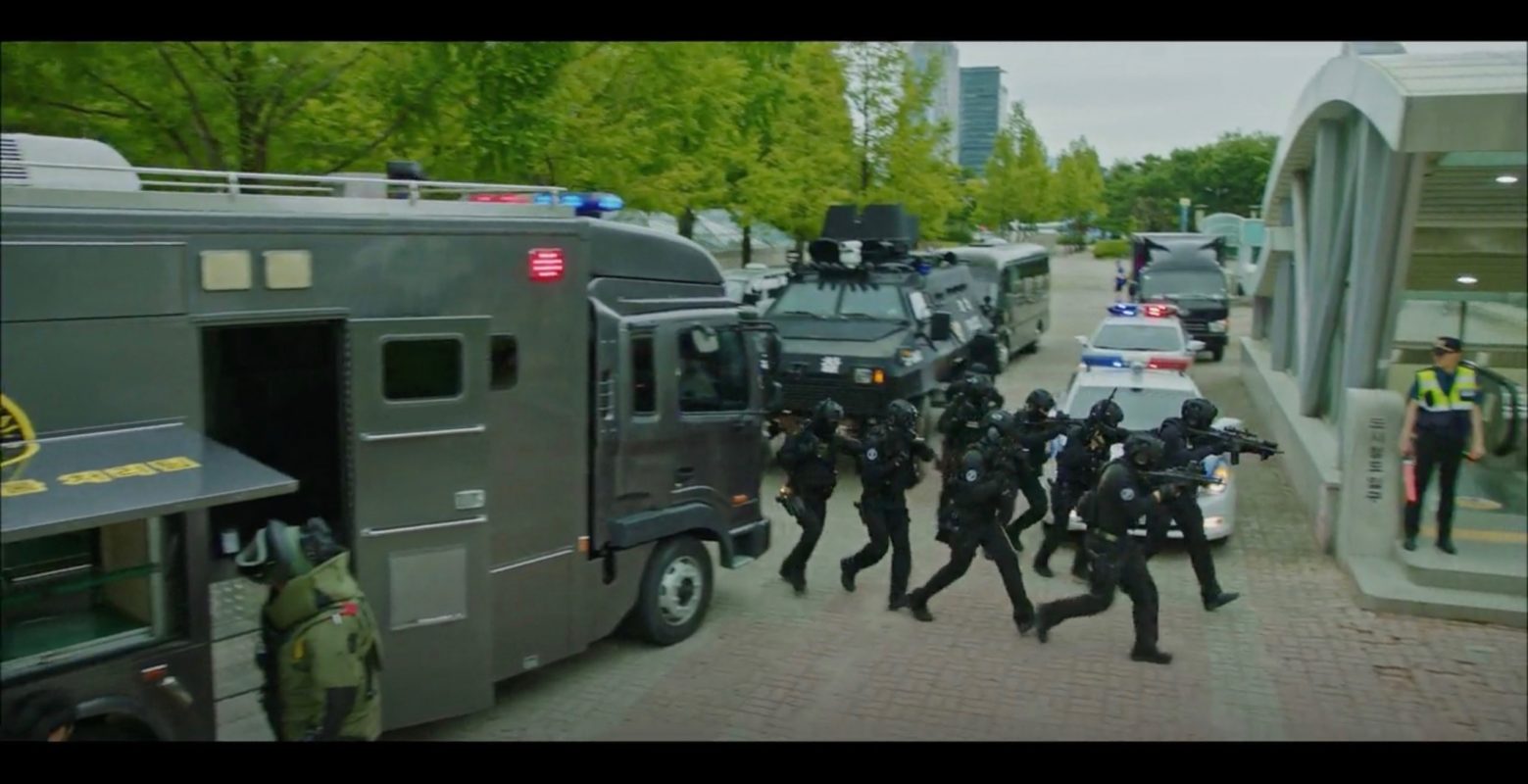 This is the subway station (seen as ‘Samsu Station) in which the first case of Kwang Kwon Joo (Lee Ha-na)’s crime unit ‘Golden Time Team’ takes place in episode 1 of Voice Season 2 / Voice 2 (보이스 2) (OCN, 2018). Thinking that he’s being badmouthed by people around him, schizophrenia patient Kang Du-won takes a train’s commuters hostage and threatens to bomb the station. The police, along with the Golden Time Team, tries their best to rescue the hostages.

Government Complex Daejeon Station [정부청사역], opened in 2006, is a station on Daejeon Subway Line 1 that serves, among others, the Government Complex of Daejeon [정부대전청사]. The station is located in Daejeon’s neighborhood Dunsan [Dunsan-dong/둔산동], in the Seo District [Seo-gu/서구].

The station’s Exit 2 was briefly seen in Voice 2. Also, though the station had a fictional name in the show, the real-life names of the station before and after it (City Hall – 시청 and Galma – 갈마) were retained.