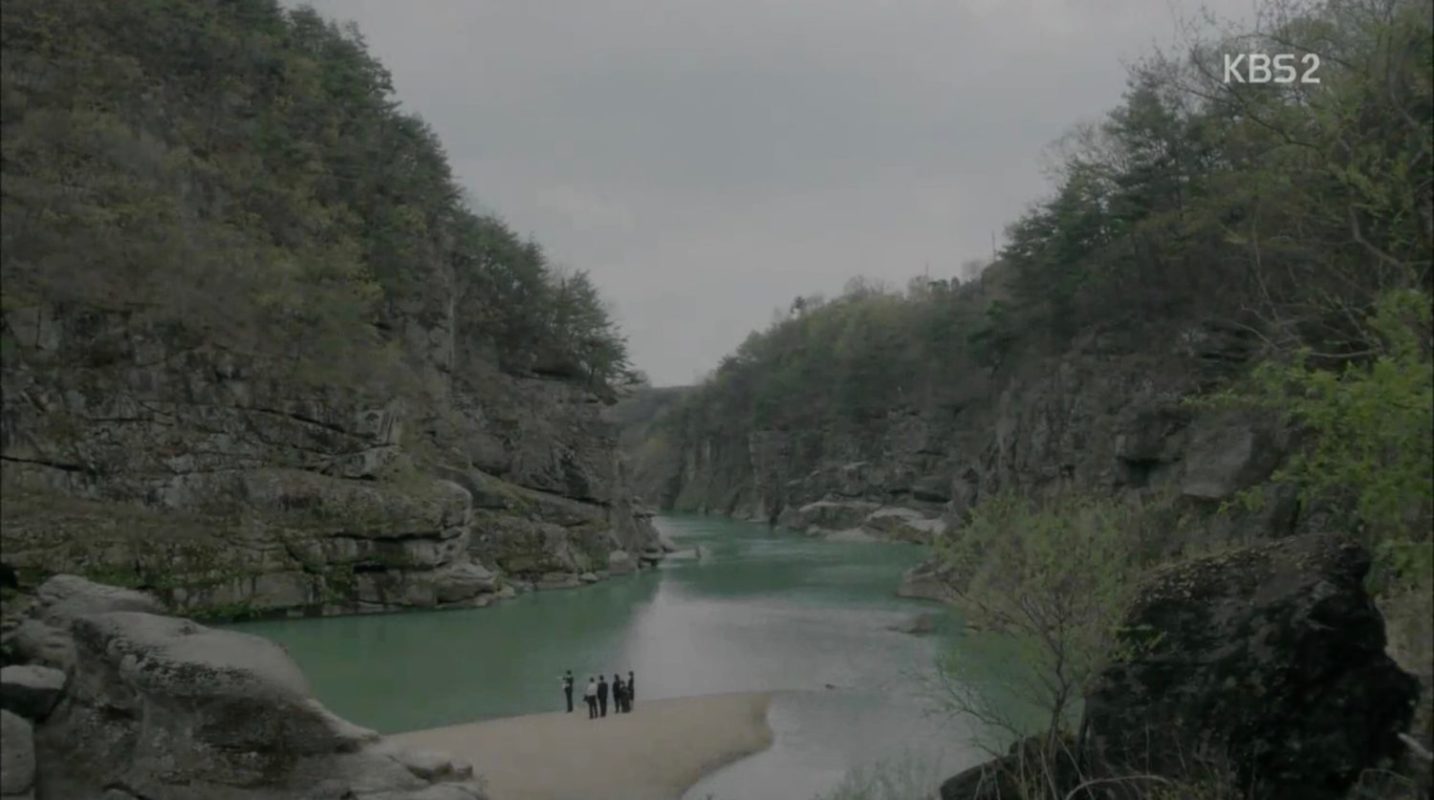 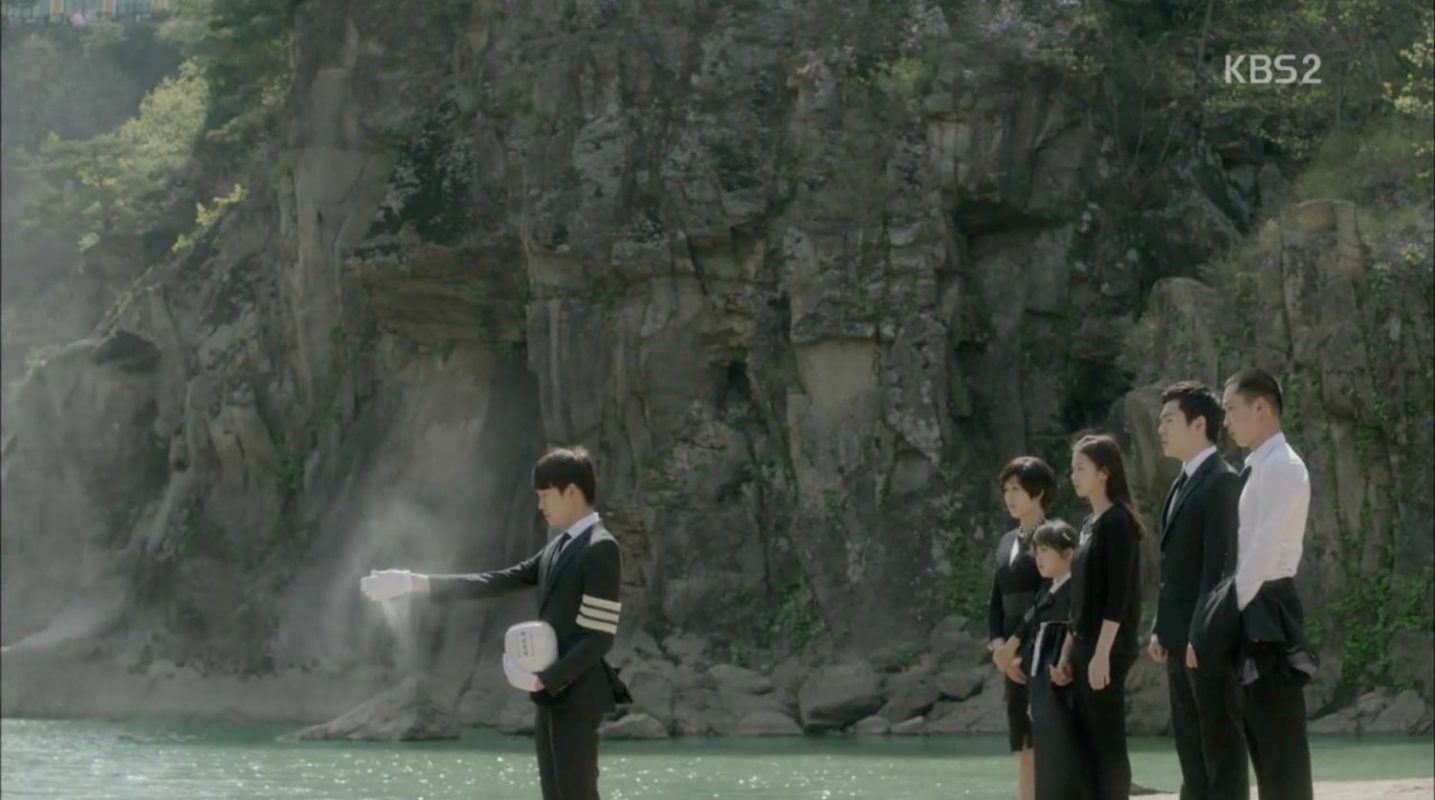 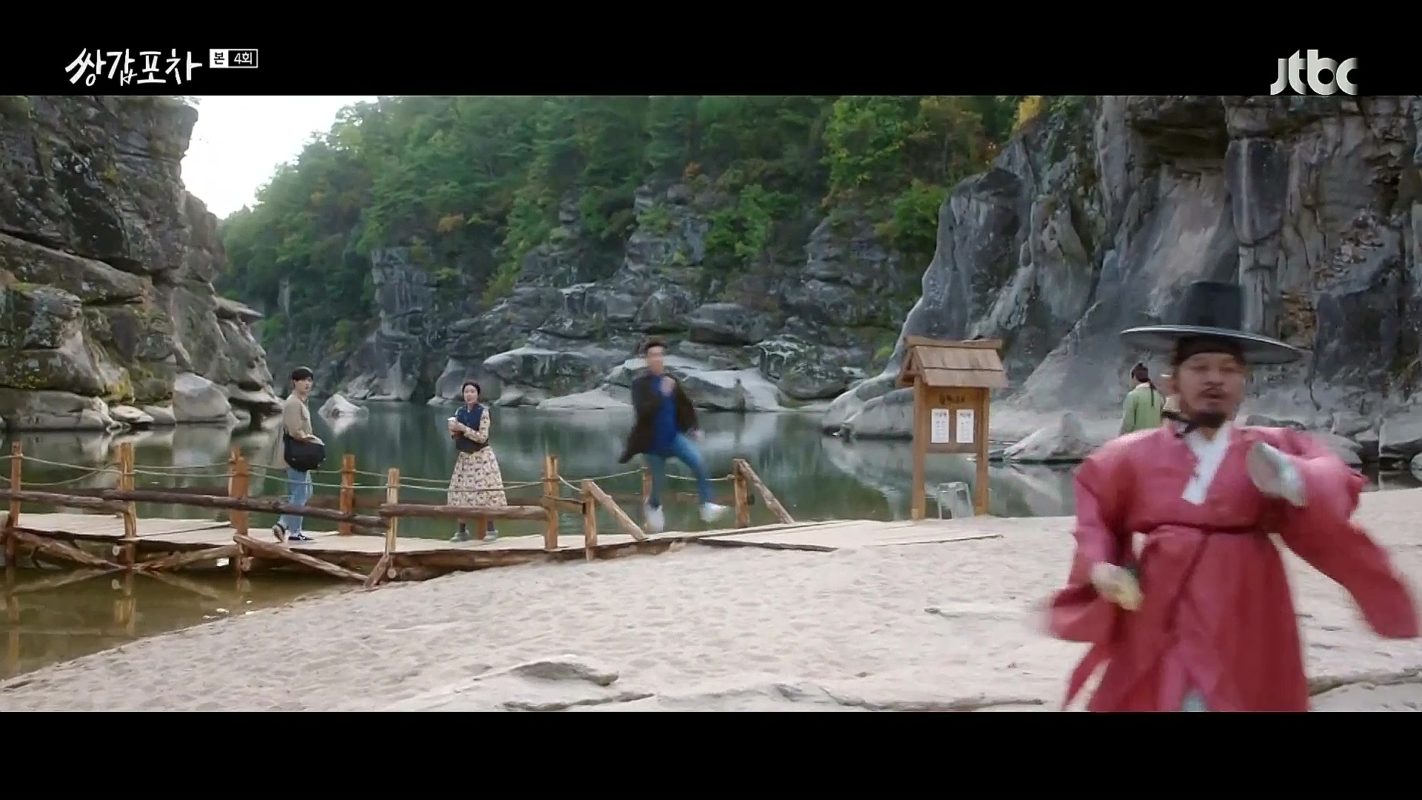 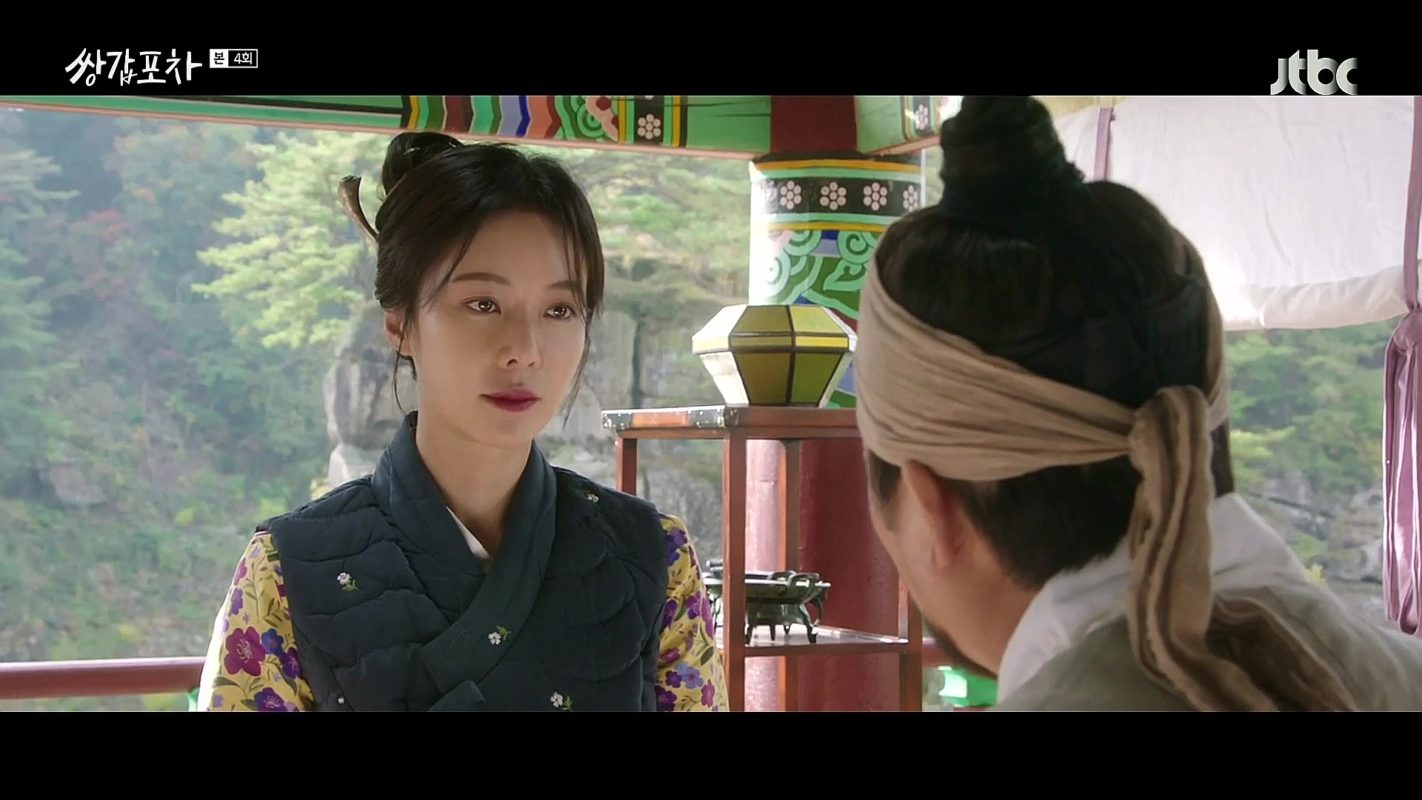 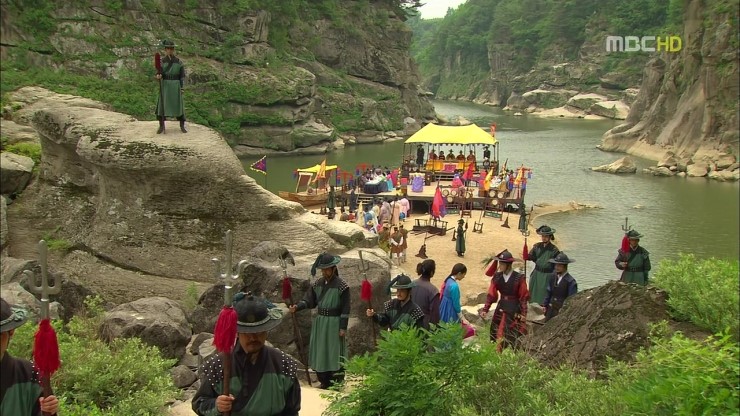 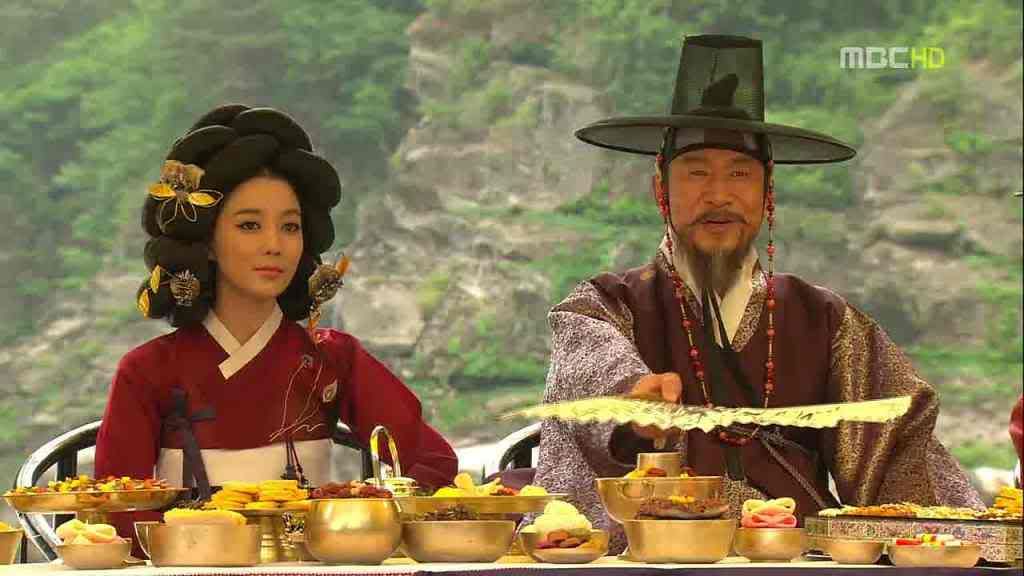 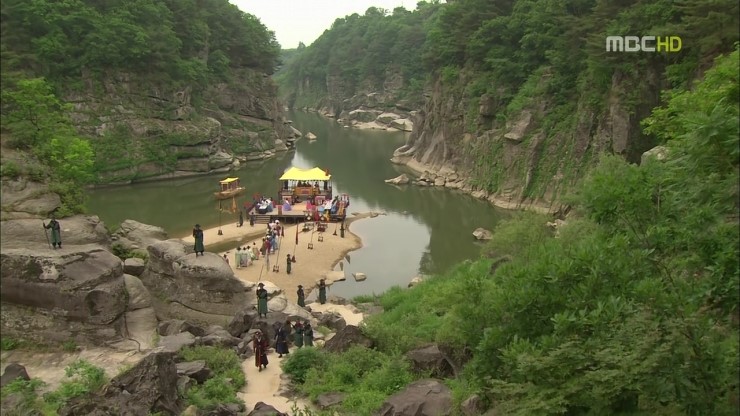 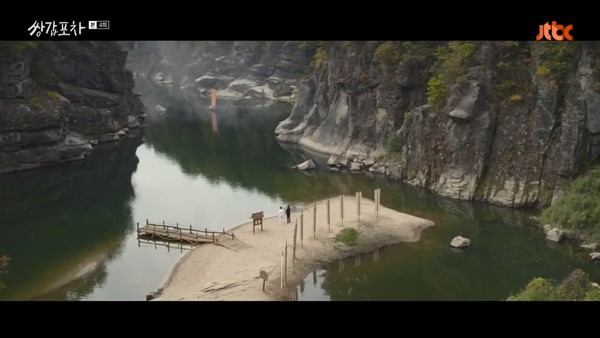 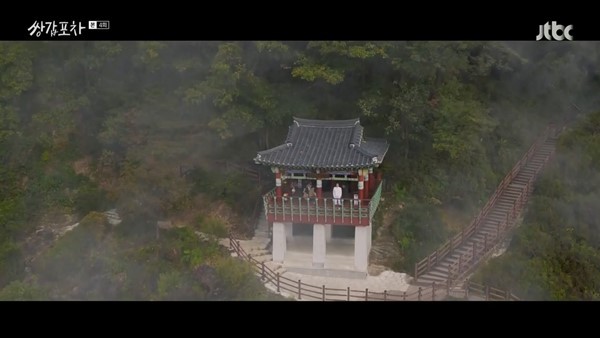 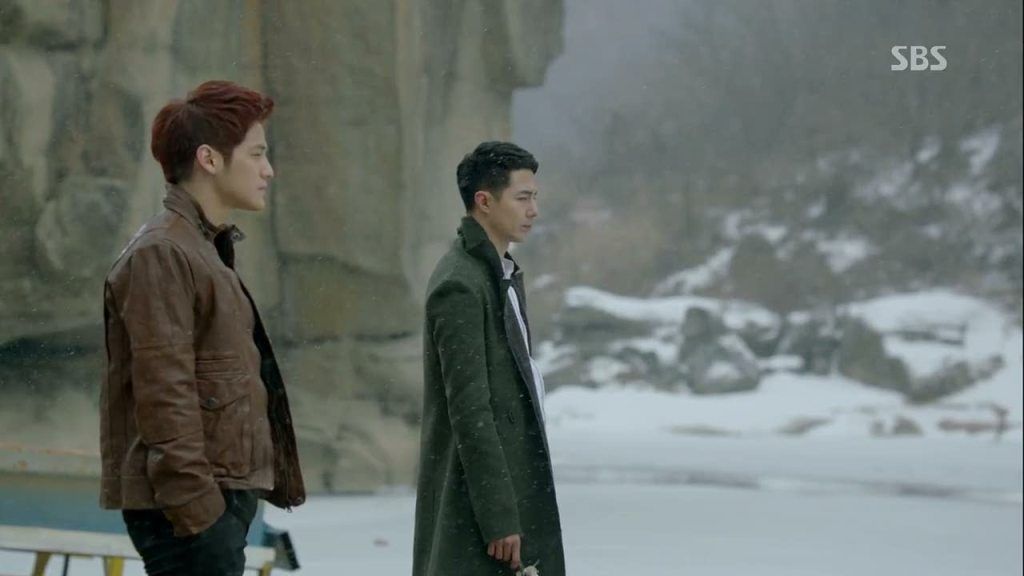 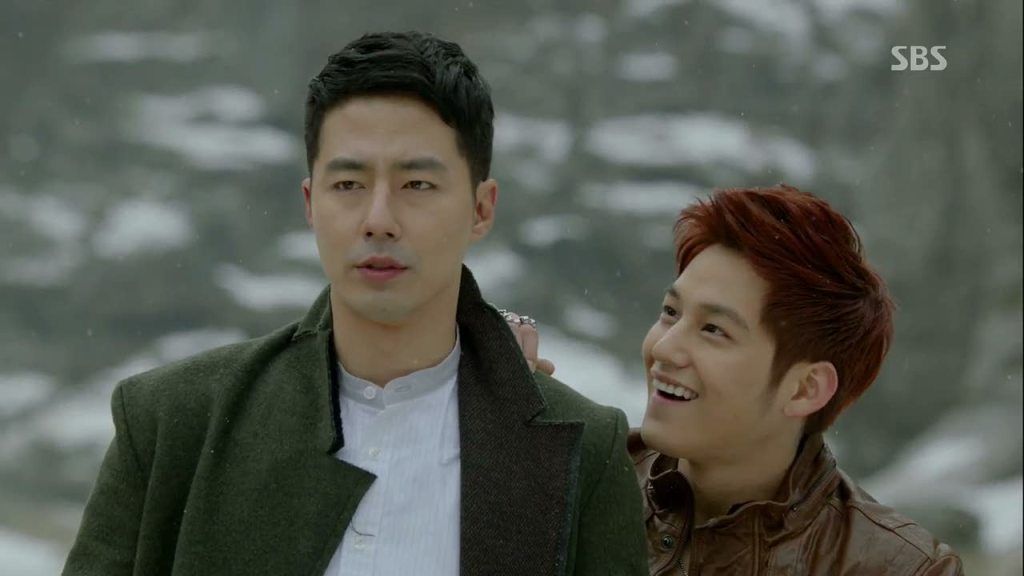 Young Han Ji-soo (Yeon Joon-seok) spreads the ashes of his father at this riverbed in episode 2 of Shark/Don’t Look Back: The Legend of Orpheus (상어) (KBS2, 2013).

Goseokjeong [고석정/孤石亭] is a two-storey pavilion built in the middle of the Hantan River [Hantangang/한탄강] during the reign of King Jinpyeong of Silla. The date of its construction was determined by records of visits to it and the poems written about it. After it was burned down during the Korean War, the pavilion was rediscovered, and subsequently rebuilt in 1971. It was damaged once again by a flood in 1996 and reconstructed the year after.

Near the pavilion, a 15-meter-high granite rock called ‘Goseok’ stands in the middle of the river. For this reason, ‘Goseokjeong’ today refers to the entire area around the Goseokjeong Pavilion and the valley surrounding the rock Goseok. This area is particular known for its geological richness, being formed by a basalt lava plateau and covered with white sand. Legend has it that Korean Robin Hood Im Kkeokjeong (임꺽정) (?-1562), leader of a peasant rebellion in the early Joseon Dynasty (1559 to 1562), used a natural stone chamber inside the huge rock as a hide-out. Im Kkeokjeong was the inspiration for the folktale hero Hong Gil-dong (홍길동).

Goseokjeong, designated Gangwon County’s Monument No. 8  [강원도의 기념물] on December 16, 1971, is one of the 26 attractions of the Hantangang River Geopark [한탄강지질공원], which counts among the 161 UNESCO Geoparks [유네스코 글로벌 지오 파크] worldwide deemed as geologically significant areas. In 2021, the Ministry of Culture, Sports and Tourism –announced through the Korea Tourism Organization (KTO)– selected this Geopark as one of the ‘100 Must-Visit Spots in Korea’ for 2021-2022.