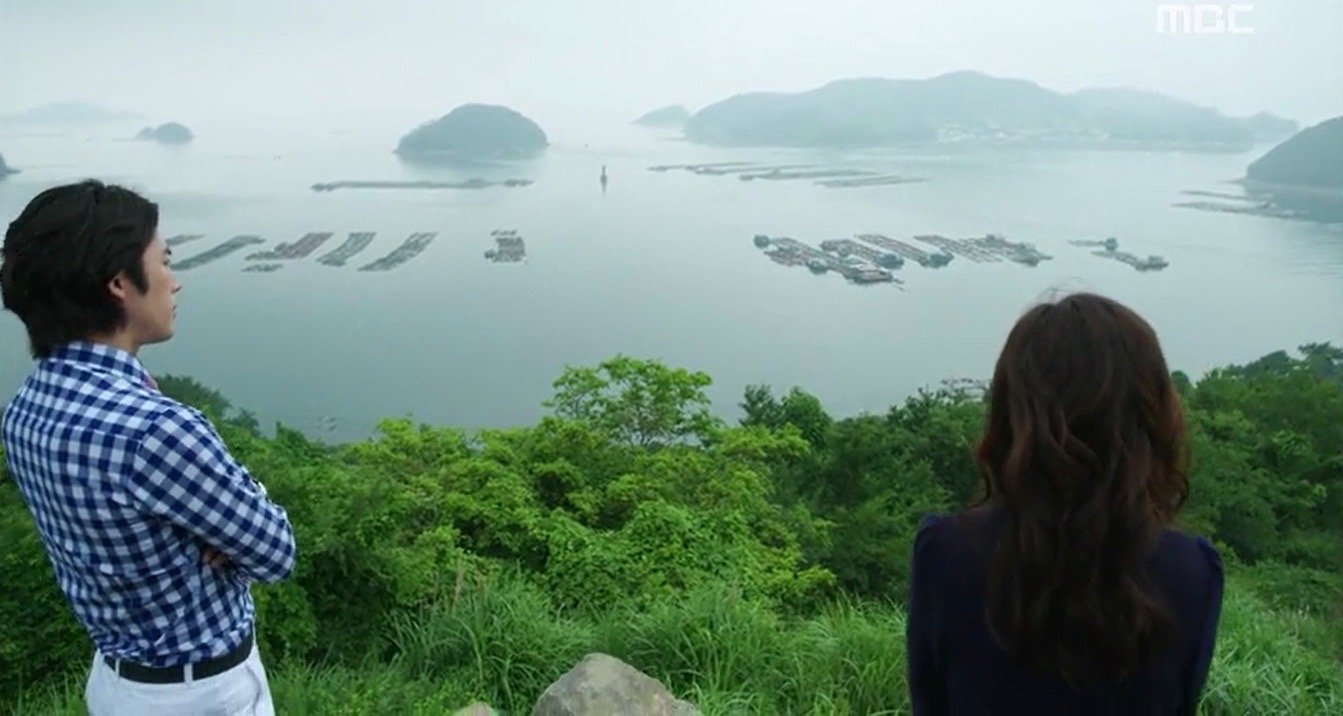 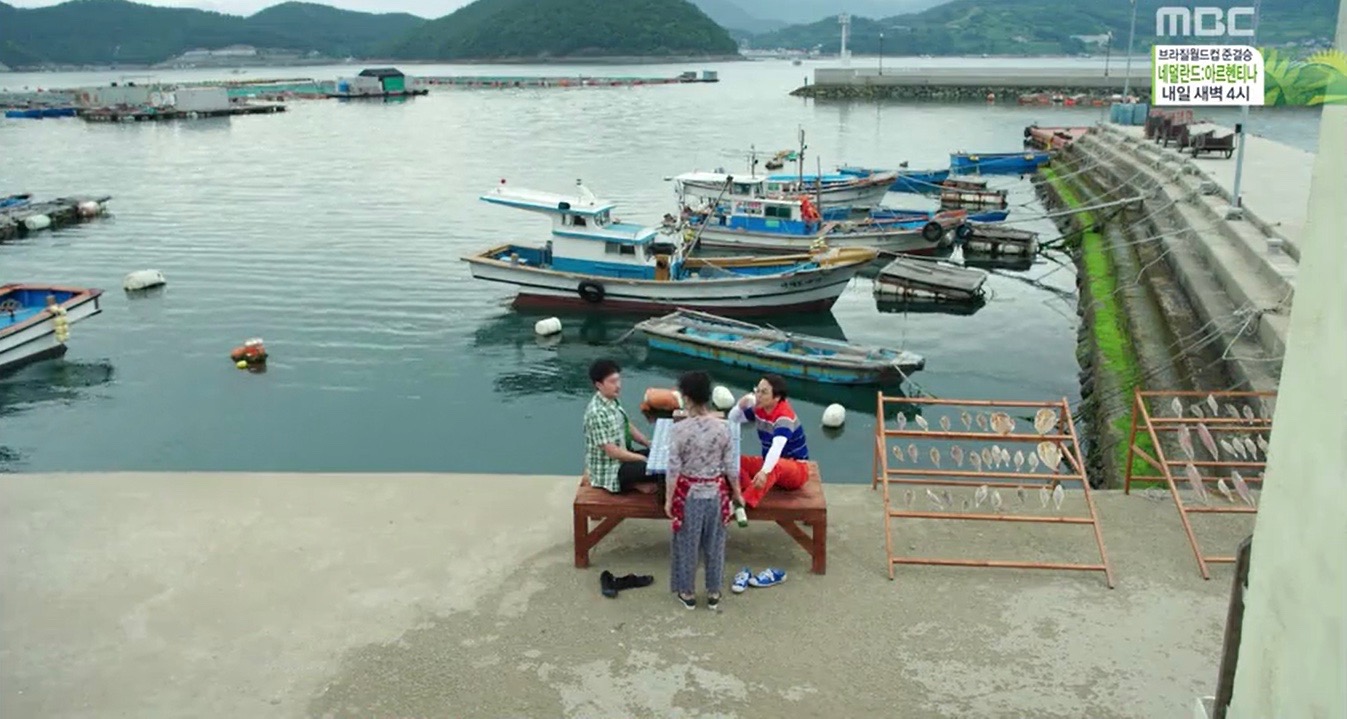 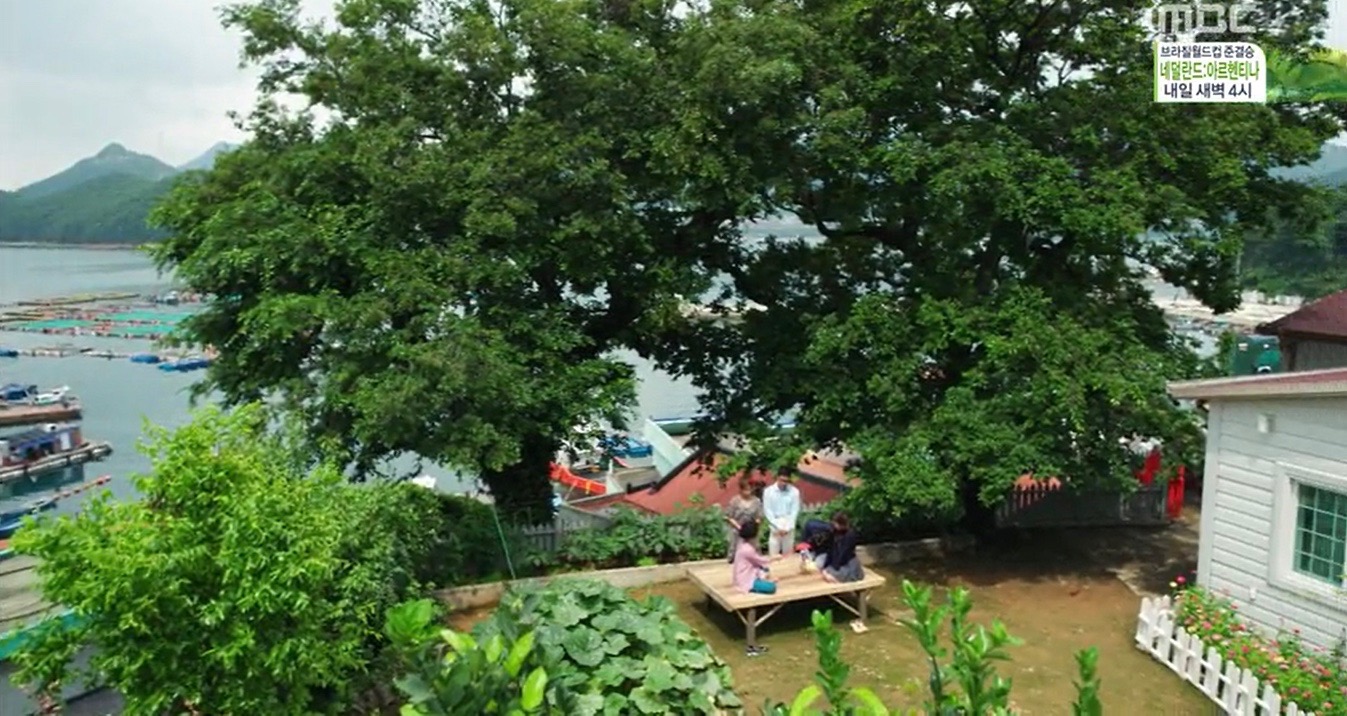 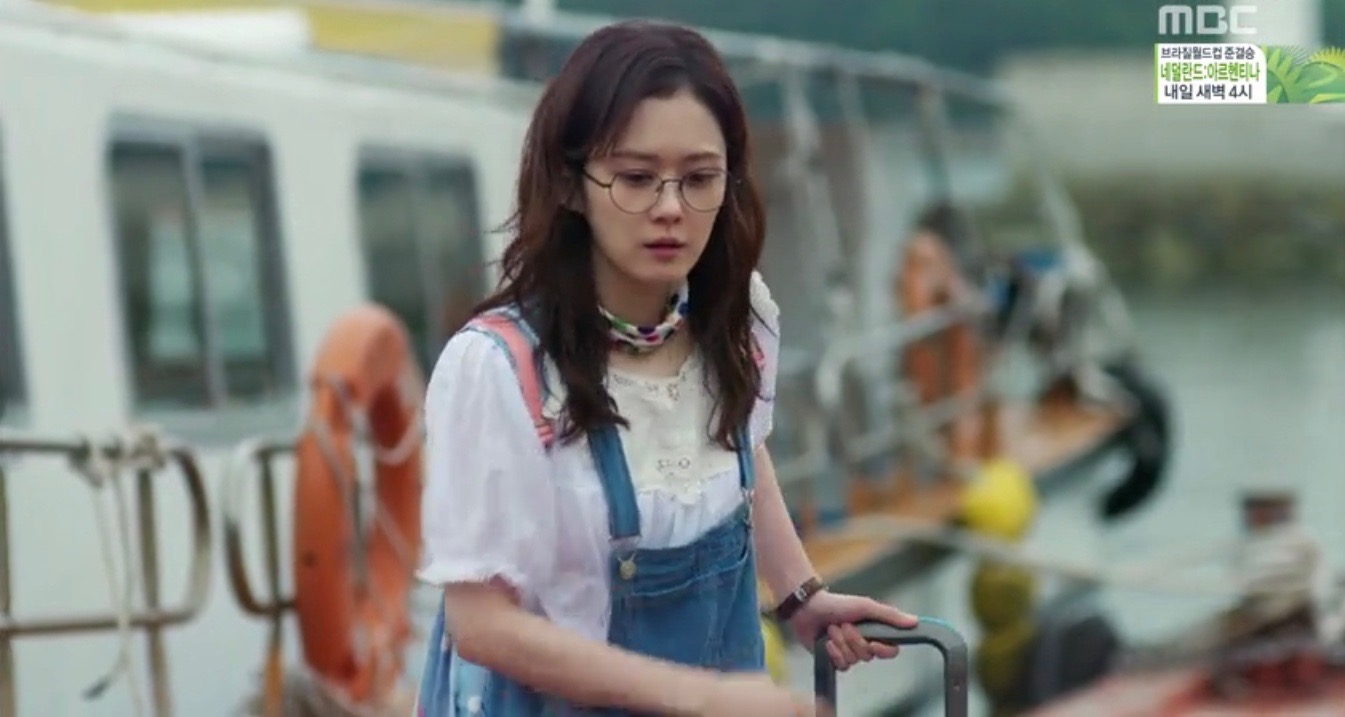 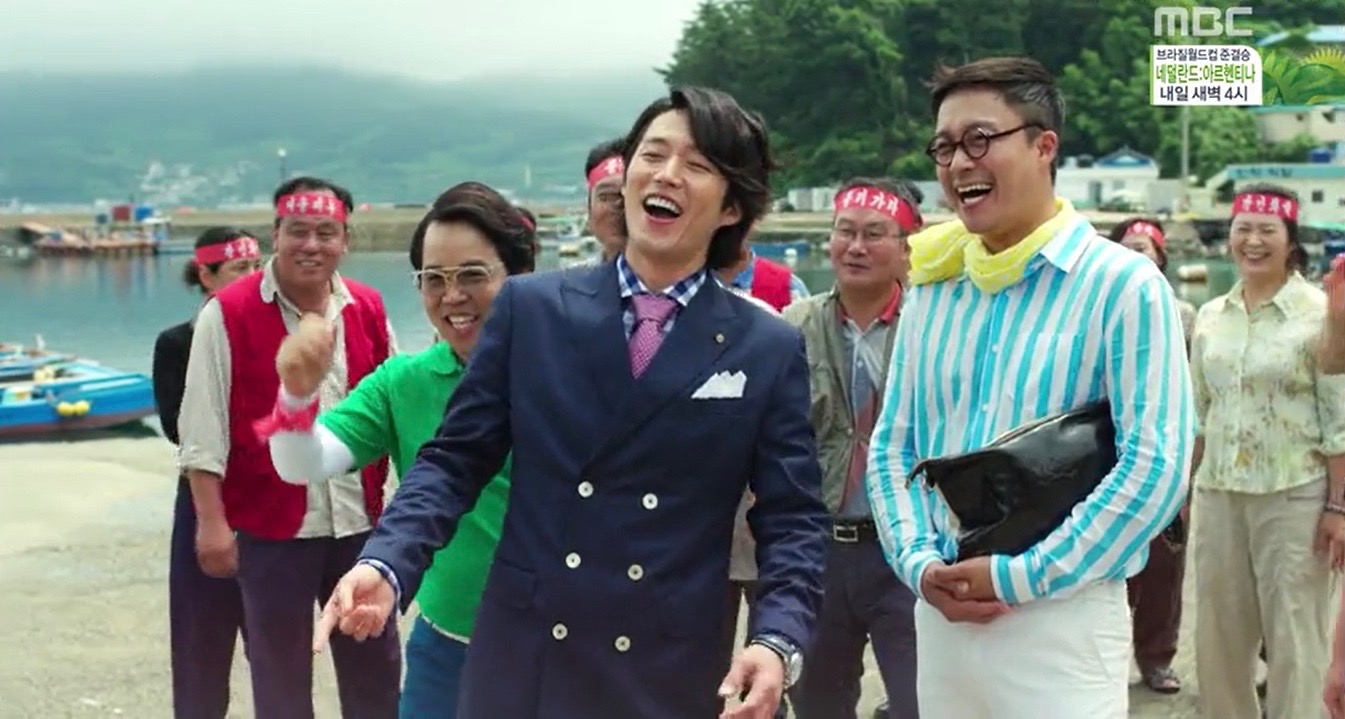 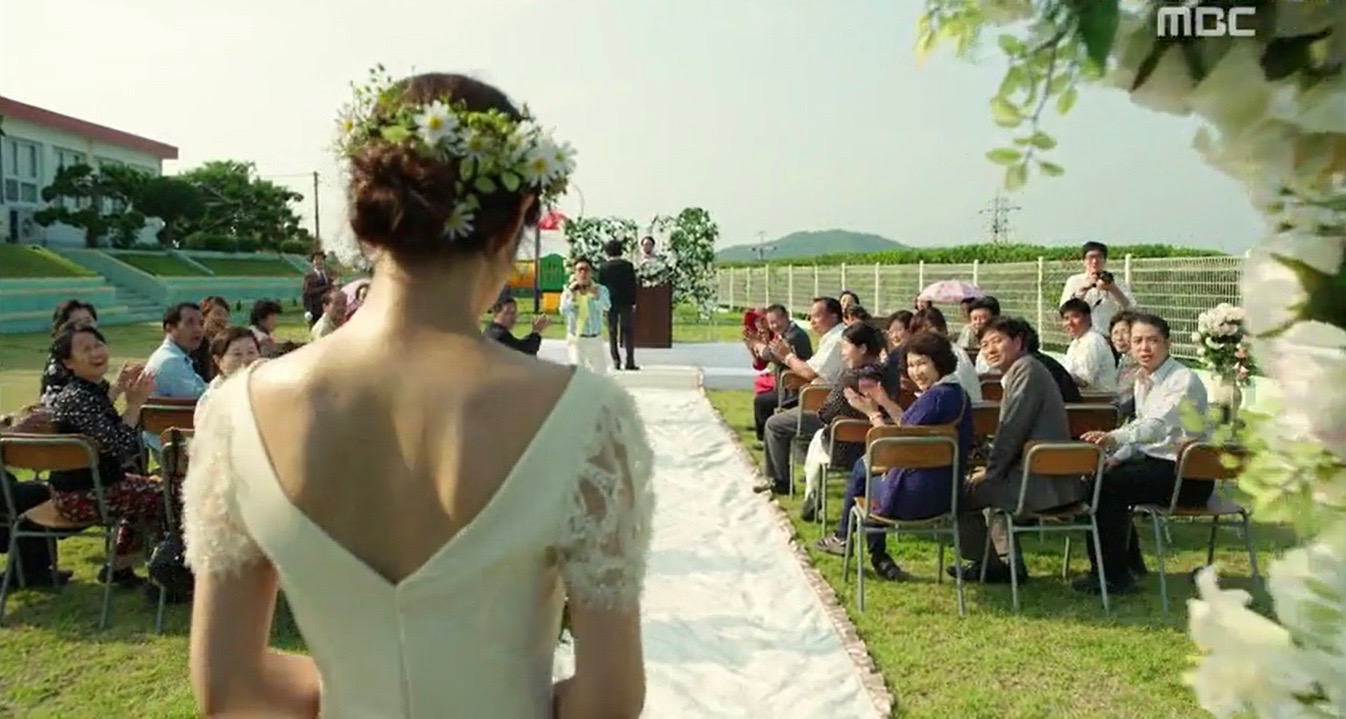 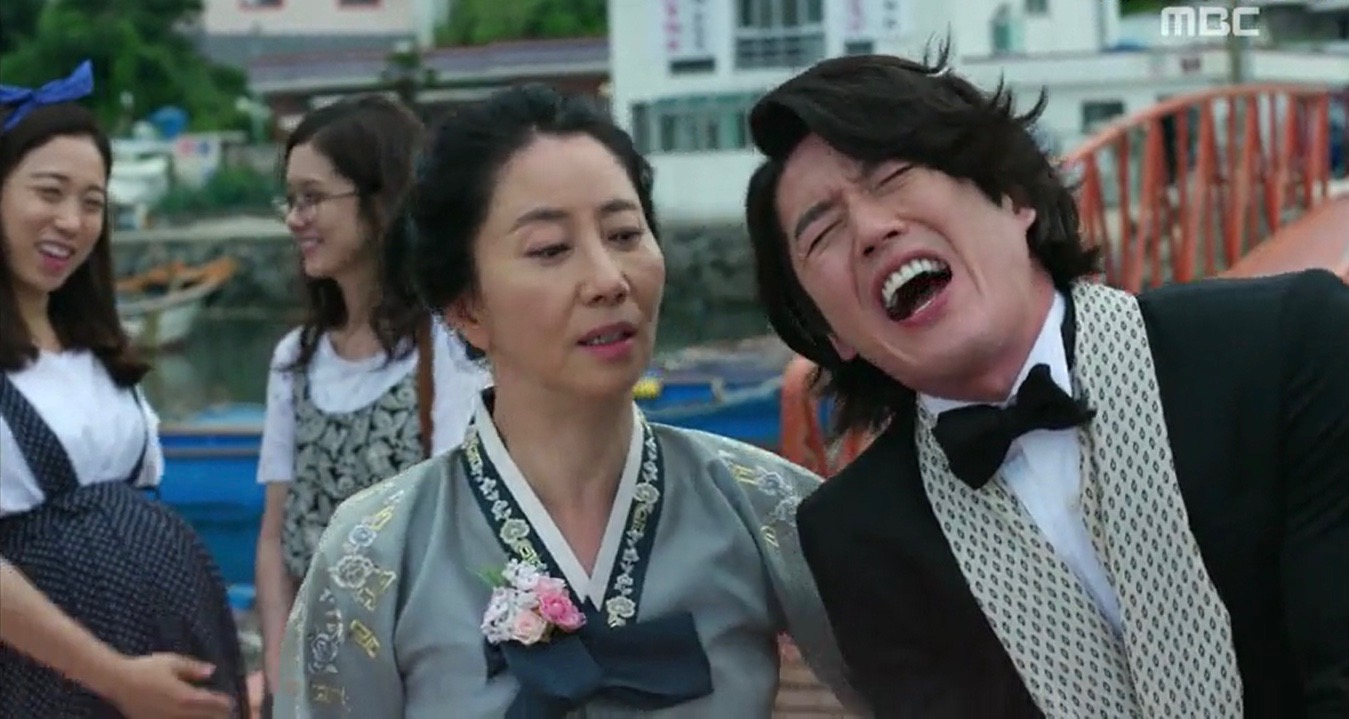 Seen as ‘Yeowol Island’ in episodes 3 and 4 of Fated to Love You/You Are My Destiny (운명처럼 널 사랑해) (MBC, 2014), this is the location where chaebol Lee Gun’s (Jang Hyuk) company attempts a hostile takeover of the island’s soap factory, but protests and a botched blackmail attempt hamper negotiations. Visiting the island to calm down the locals, Gun discovers [SPOILER] that his one-night stand Kim Mi-young’s (Jang Na-ra) family is involved in both schemes, and that she was visiting her mother at the same time to inform about her pregnancy. Things get worse when it’s announced, very publicly, that Gun is the father of her unborn baby. Gun offers to marry Mi-young, and a lovely ceremony is held on the sports ground of the local school, with his happy grandmother in attendance.

Gonrido, or Gonri Island [곤리도], is a small volcanic island 2 km off the coast from Samdeok Harbour [삼덕항] in Tongyeong’s Sanyang Township [Sanyang-eup/산양읍]. Part of Hallyeohaesang National Park [한려해상국립공원], the island got its name from the many swans that live there, and how its shape resembles that of a flying swan (swan = 고니, goni).

Gonrido is home to less than 200 residents and its local school, Sanyang Elementary School Golli Branch [산양초등학교 곤리분교장] (which opened in 1947), has only two students as of June 2021. It is also very popular with fishermen, and it is known as a hotspot for catching black sea bream and mackerel from the harbour breakwater.

Note: There are different stylizations for the island’s romanized name, such as as ‘Gonri’ or ‘Golli’. We have chosen ‘Gonri’ as it appears to be the most common romanized version found in search engines.

In 2021, the Ministry of Culture, Sports and Tourism —announced through the Korea Tourism Organization (KTO)— selected Hallyeohaesang National Park as one of the ‘100 Must-Visit Spots in Korea’ for 2021-2022.