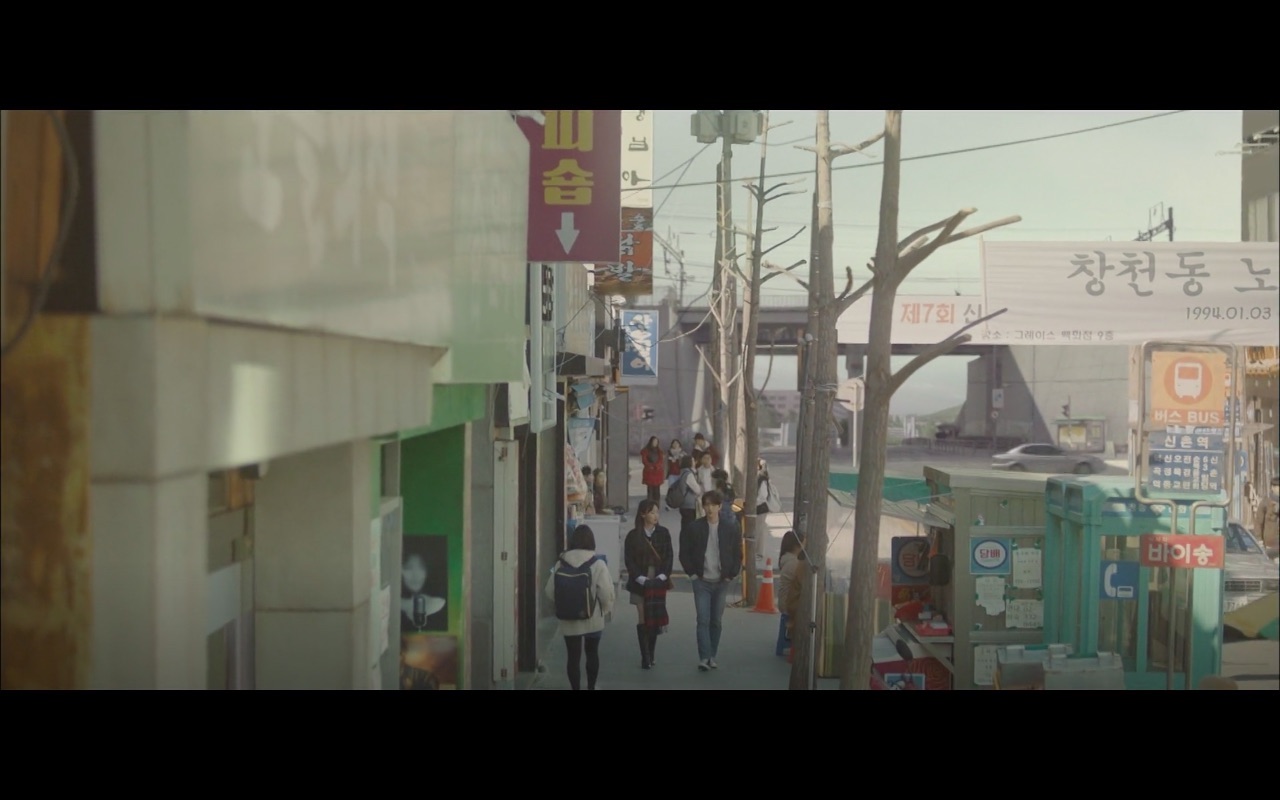 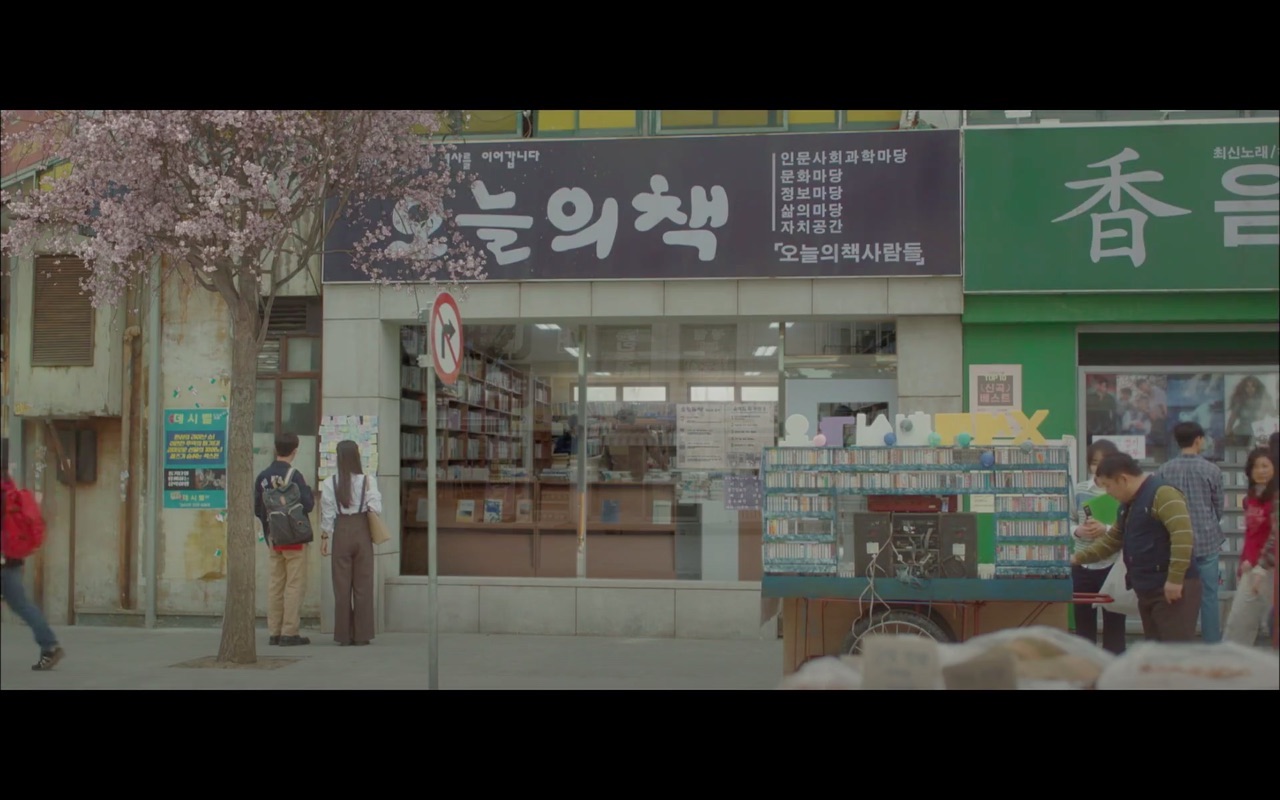 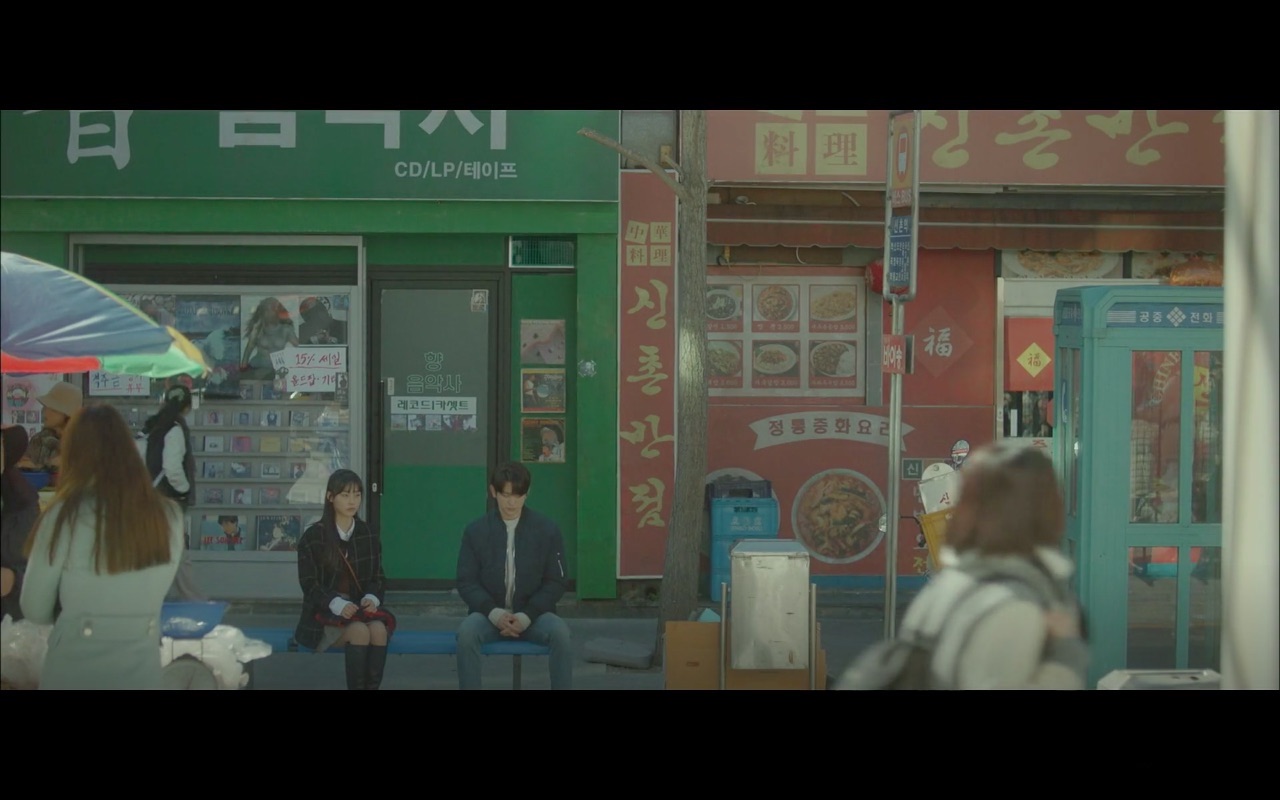 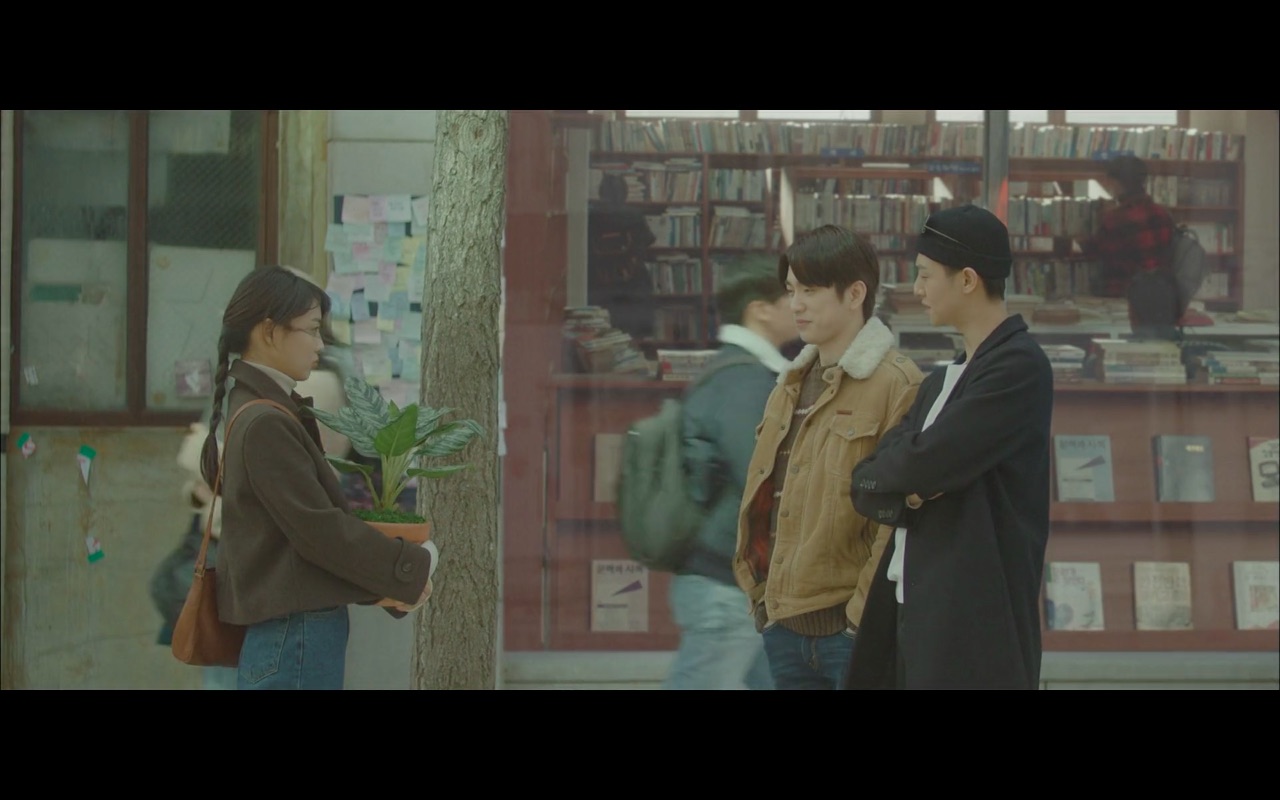 This street appears as a street in Sinchon, Seoul, where Han Jae-hyun (Jin-young of GOT7) and Yoon Ji-soo (Jeon So-nee) frequent often in their student days, particularly seen in episodes 1, 2, 3 and 8 of When My Love Blooms/The Most Beautiful Moment in Life (화양연화 – 삶이 꽃이 되는 순간) (tvN, 2020). For Jae-hyun, it was because his favorite bookstore, Today’s Books [오늘의 책], is located here; as for Ji-soo, her bus stop is located just outside the bookstore — and, of course, this was where she could also see Jae-hyun.

When My Love Blooms‘ director, Son Jung-hyun, explained in an interview that the team had “thought a lot about building a set because it’s hard to find one that captures the 1990s. But thanks to the help of Geoje Island, we got permission to film in one of their streets.” He also explained that “parts of the set… closer to the camera are decorated with signs and installations made by crew members, while the distant backgrounds are CGIs”.  An example of that is the bookstore ‘오늘의 책’ featured in the drama, which is actually a photo studio on that street. Two locations that can occasionally be seen in the show (the Chinese restaurant and Octagon Norae Town) are the original shops on that street in the present day.