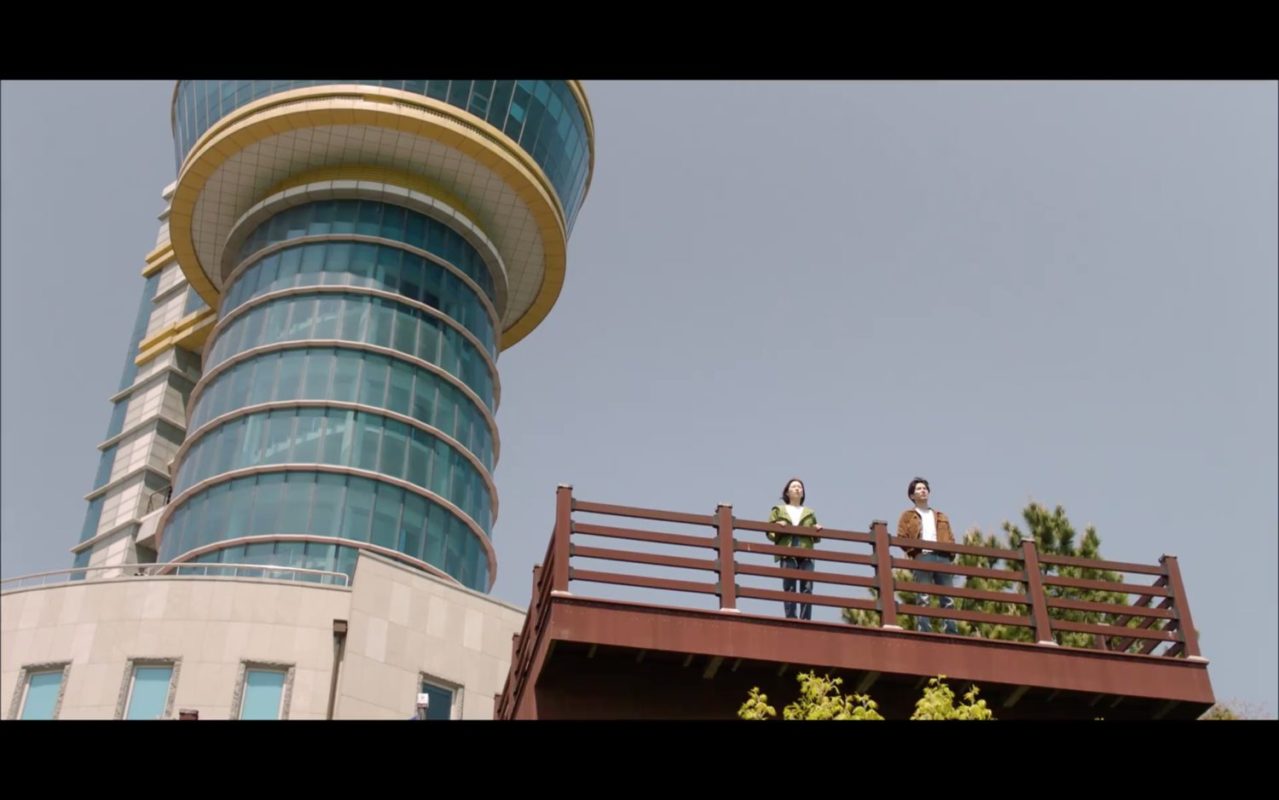 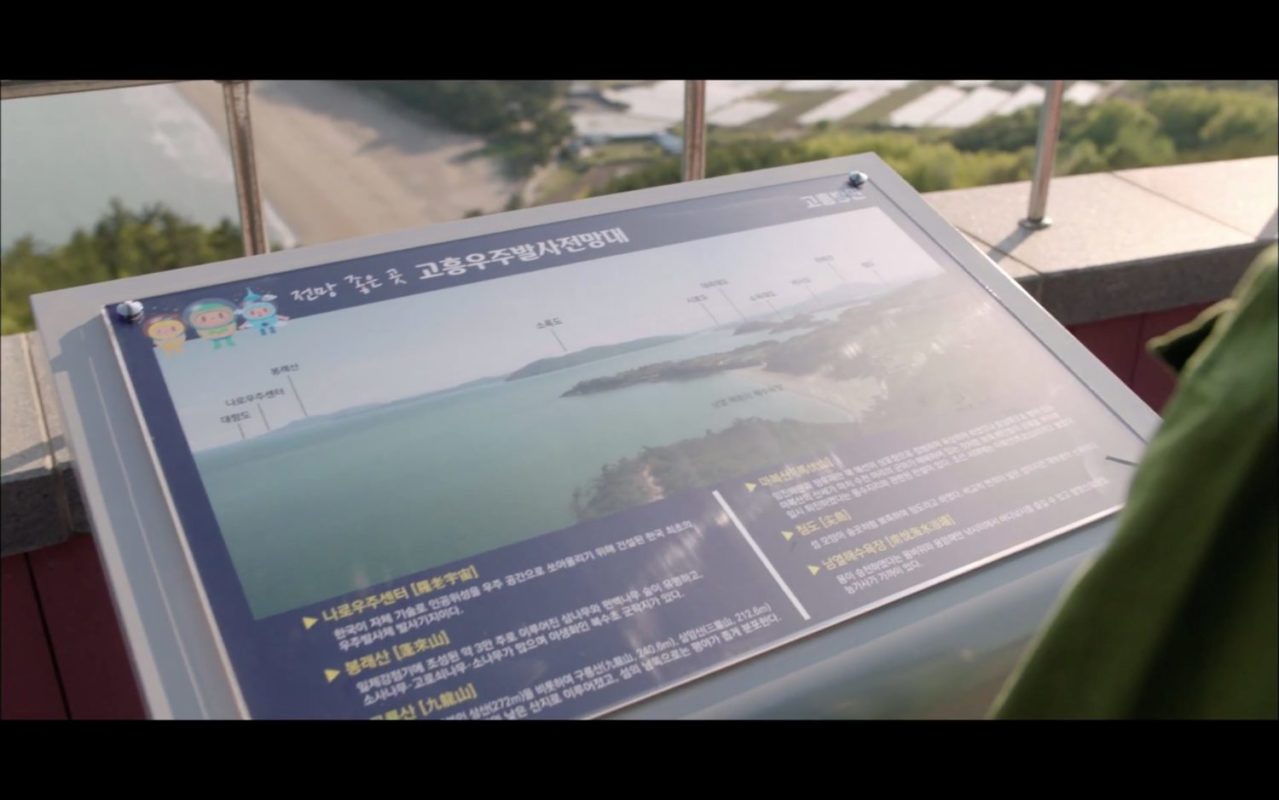 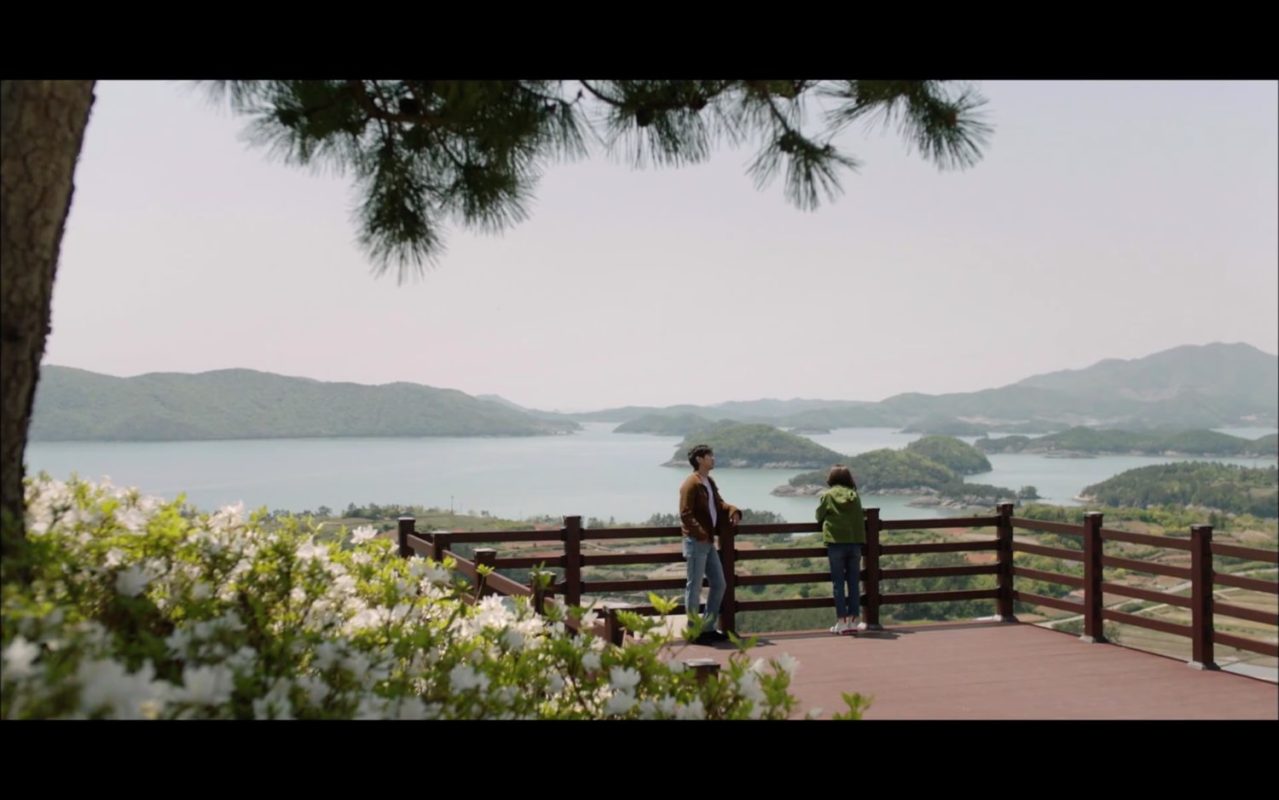 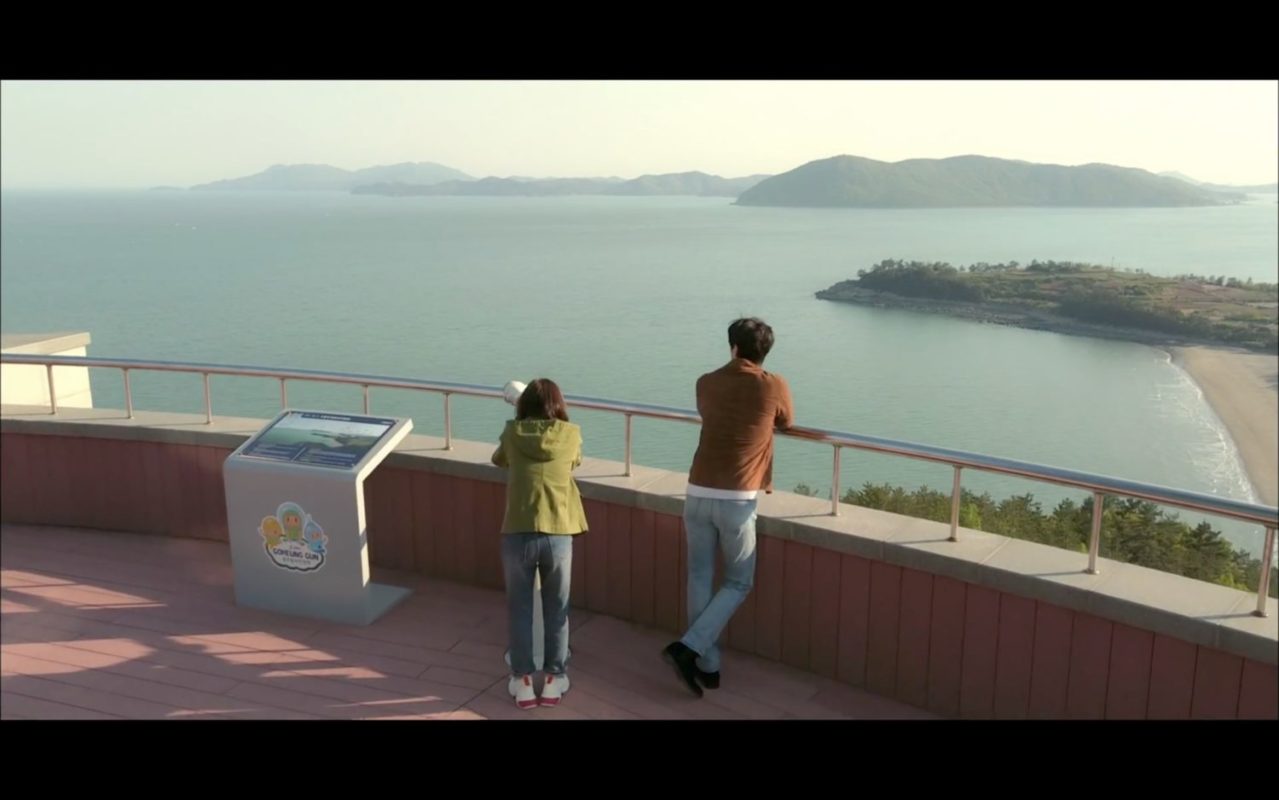 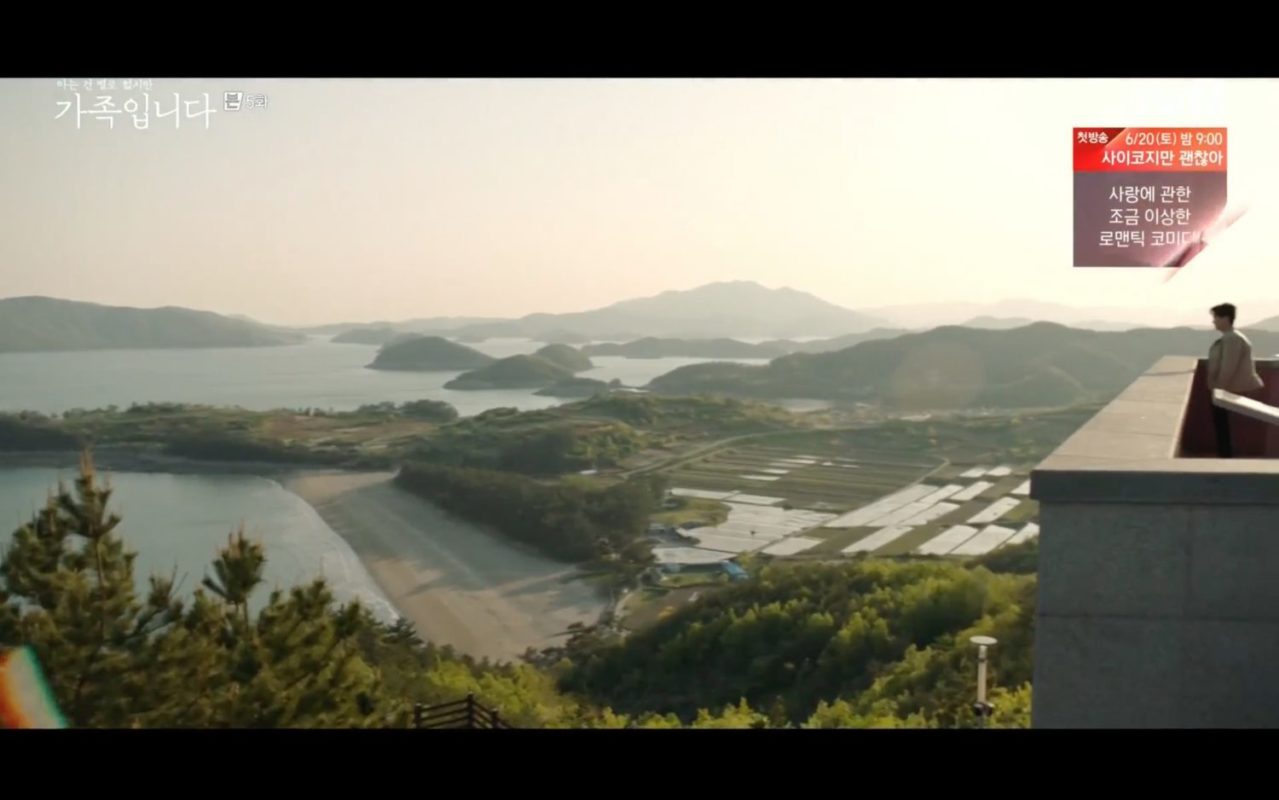 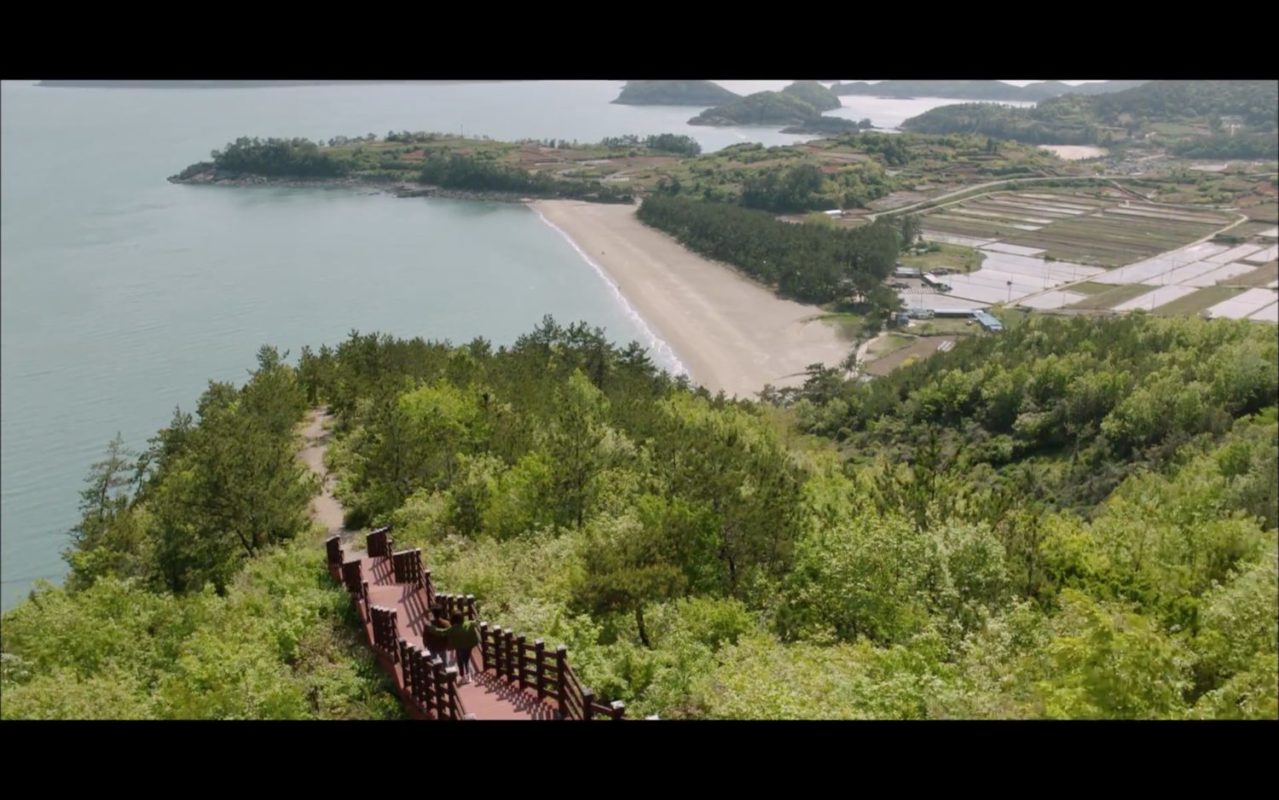 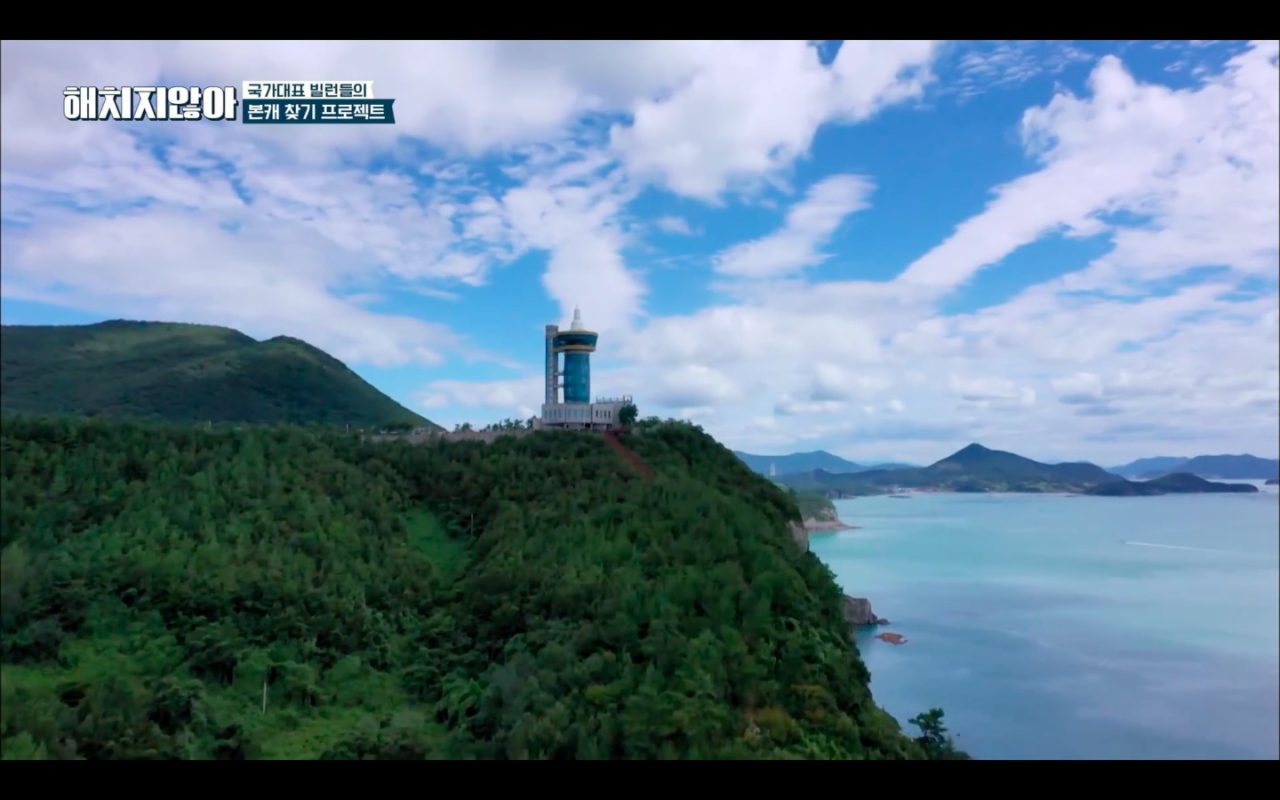 On his way to his hideout, Yoon Tae-hyeong (Kim Tae-hoon) stops by briefly at the observation deck of this observatory to take in the view in episode 5 of My Unfamiliar Family ([아는 건 별로 없지만] 가족입니다) (tvN, 2020). In episode 6, Kim Eun-hee (Han Ye-ri) and Park Chan-hyeok (Kim Ji-suk) also stop here on their way to track down Tae-hyeong (who is also Eun-hee’s brother-in-law).

Goheung Space Launch Observatory [고흥우주발사전망대] is an observation deck located 50m above Namyeolhaei Beach [남열해돋이해수욕장] in the village of Namyeol [Namyeol-ri/남열리] in Goheung County’s Yeongnam Township [Yeongnam-myeon/영남면]. It boasts facilities such as a ‘space library’ and a ‘space experience hall’ next to a movie theater, a family playroom, a lounge and a café, as well as two observatories and the outdoor observation deck seen in My Unfamiliar Family.