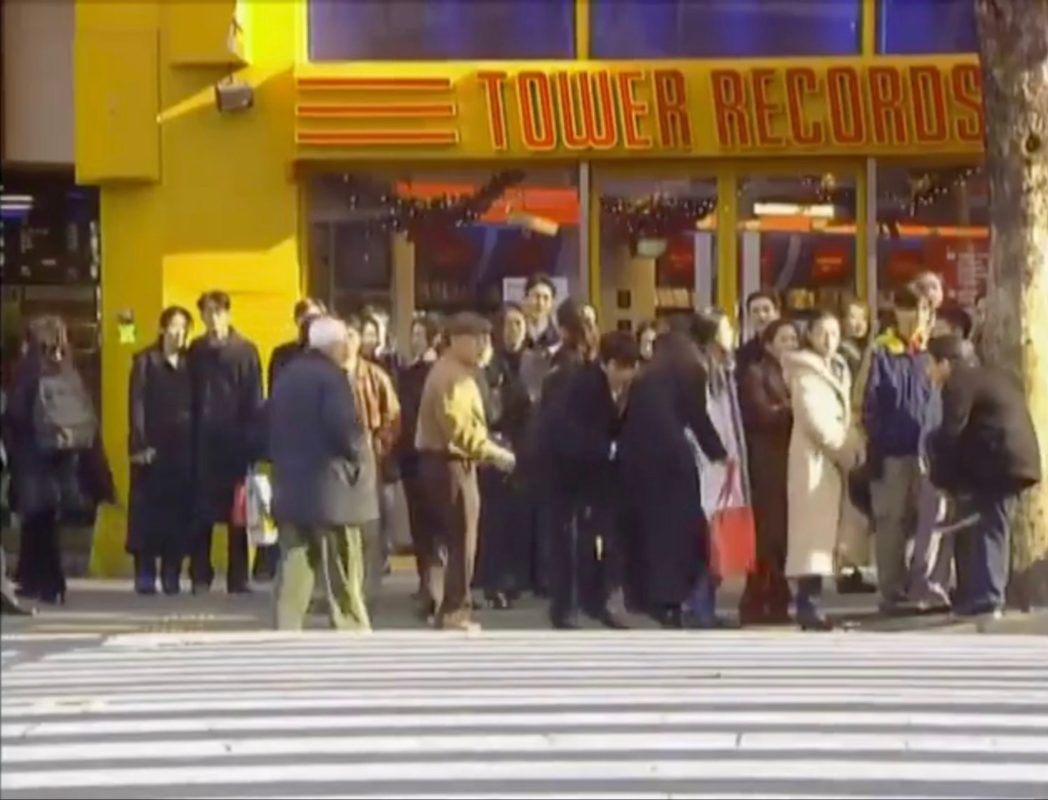 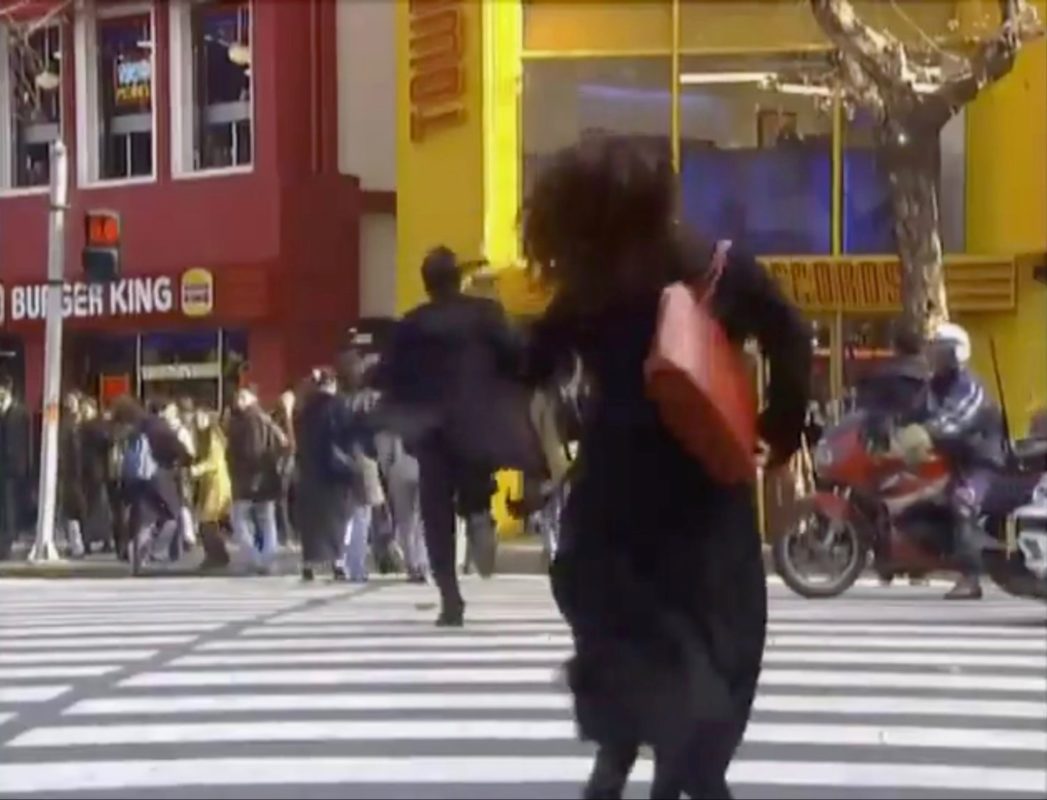 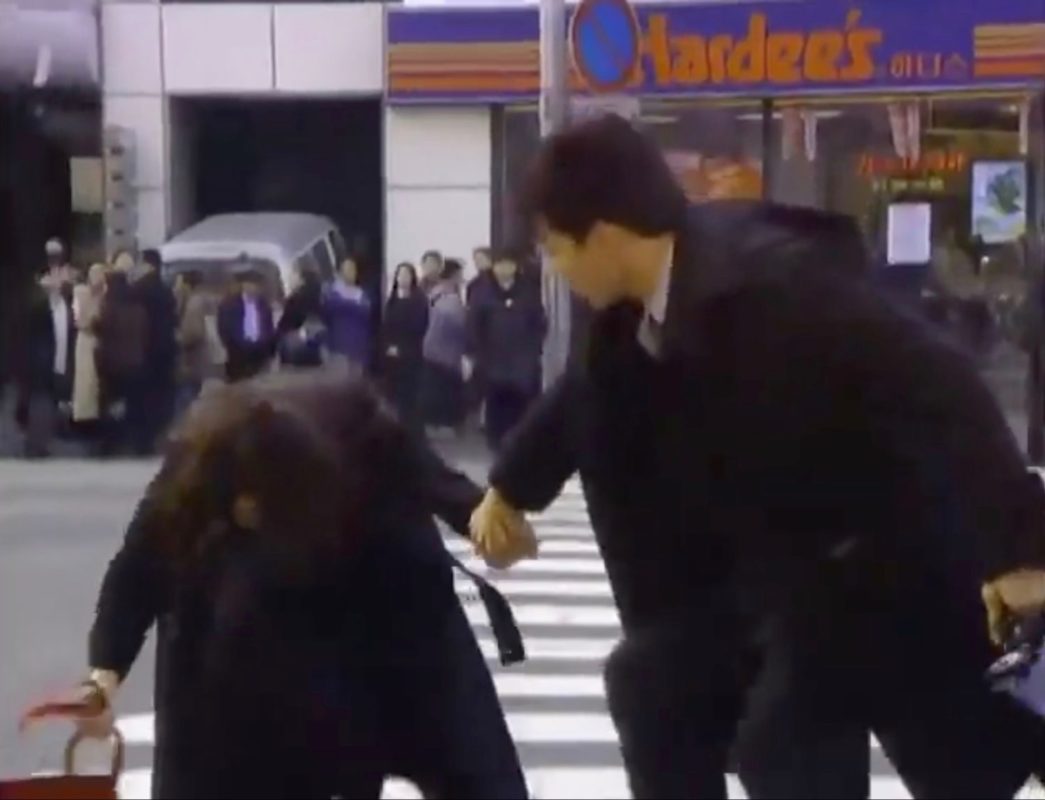 Chae Hee (Hwang Soo-jung) and Hyun Woo (Jang Dong-gun) walk past this record store during their afternoon out together and then to the crosswalk in front of this shop (which doesn’t exist in the present day) in episode 3 of Springtime/Day of Youth/Youth (MBC, 1999).

Before Giordano moved into this building in 2000, Gangnam Station Tower Records [강남역 타워레코드] was located here. Tower Records was a Californian-based retail music franchise that operated from 1960 until 2006, when it filed for bankruptcy. It opened up stores in South Korea in the 90s, with the Gangnam Station branch becoming the representative meet-up place for young people in Gangnam; a tradition which hasn’t changed though Tower Records does not exist anymore. One notable personality that visited this branch was the late Michael Jackson, who visited Tower Records in 1996 and 1999.