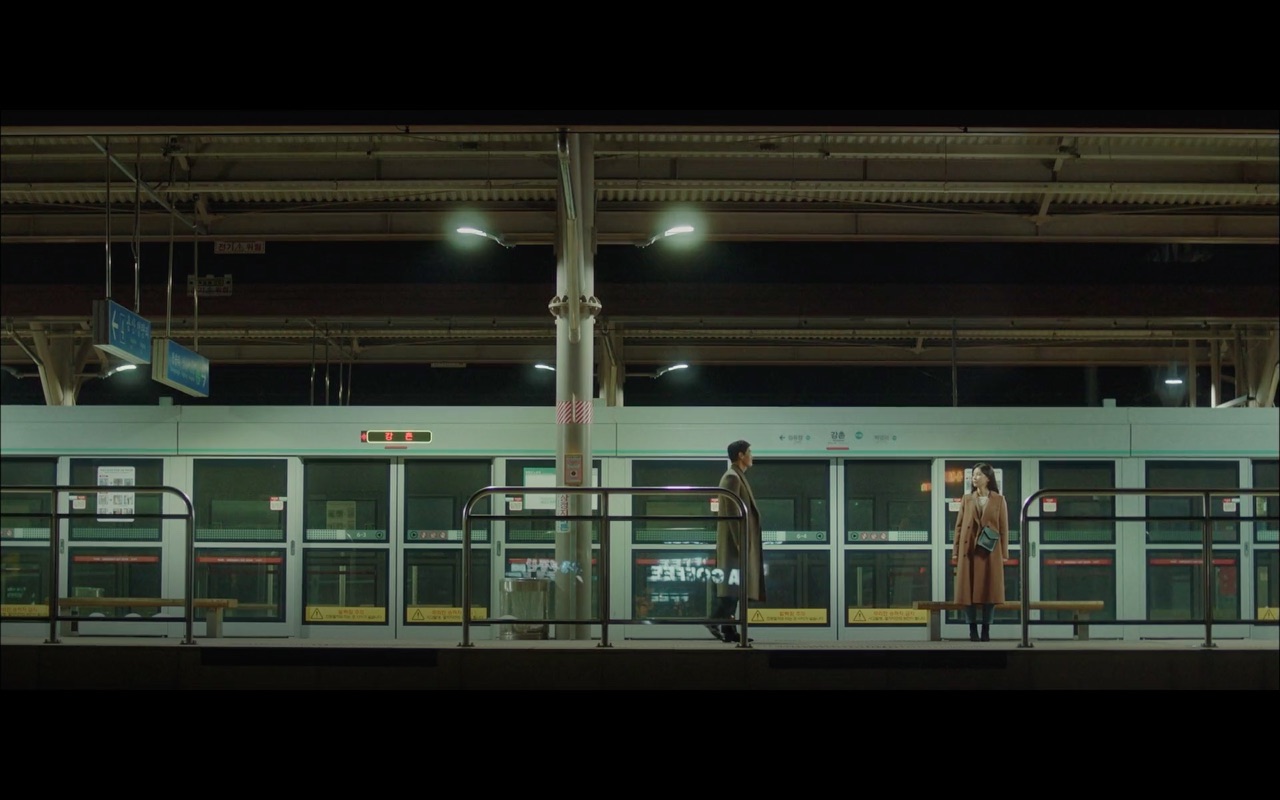 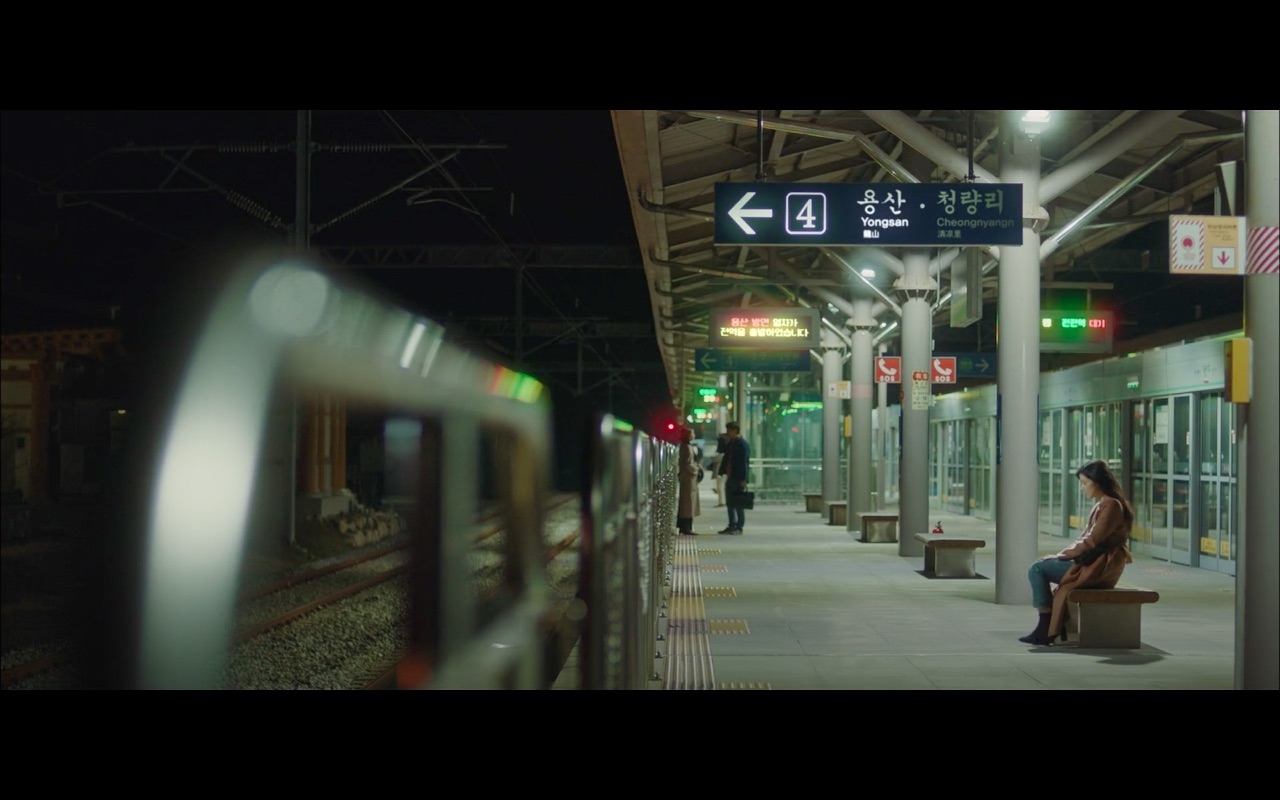 As Yoon Ji-soo (Lee Bo-young) waits for the last train at the modern-day ‘Gangchon Station’ in episode 7 of When My Love Blooms/The Most Beautiful Moment in Life (화양연화 – 삶이 꽃이 되는 순간) (tvN, 2020), Han Jae-hyun (Yoo Ji-tae) approaches her and asks her to start again.

This is the new building of Gimyujeong Station [김유정역], a railway station along the Gyeongchun Line [경춘선] located in the village of Jeung-ri [증리] in Chuncheon’s Sindong Township, which opened in 2010. This is the station to get off at if you’re heading to Gangchon Rail Park [강촌레일파크] or café boon docks [분덕스].

At the station’s original establishment in 1939, it was known as Sinnam Station after the original name of the township. In 2004, the station was renamed to commemorate the late celebrated novelist Kim Yu-jeong (김유정, 1908-1937), who is known as ‘an icon of Chuncheon’. This was also the first time a station in South Korea was named after a person. After the upgraded Gyeongchun Line started to function, the old building –about 260m away from here– was decommissioned as a train station and continues to be preserved for historical and archival purposes.