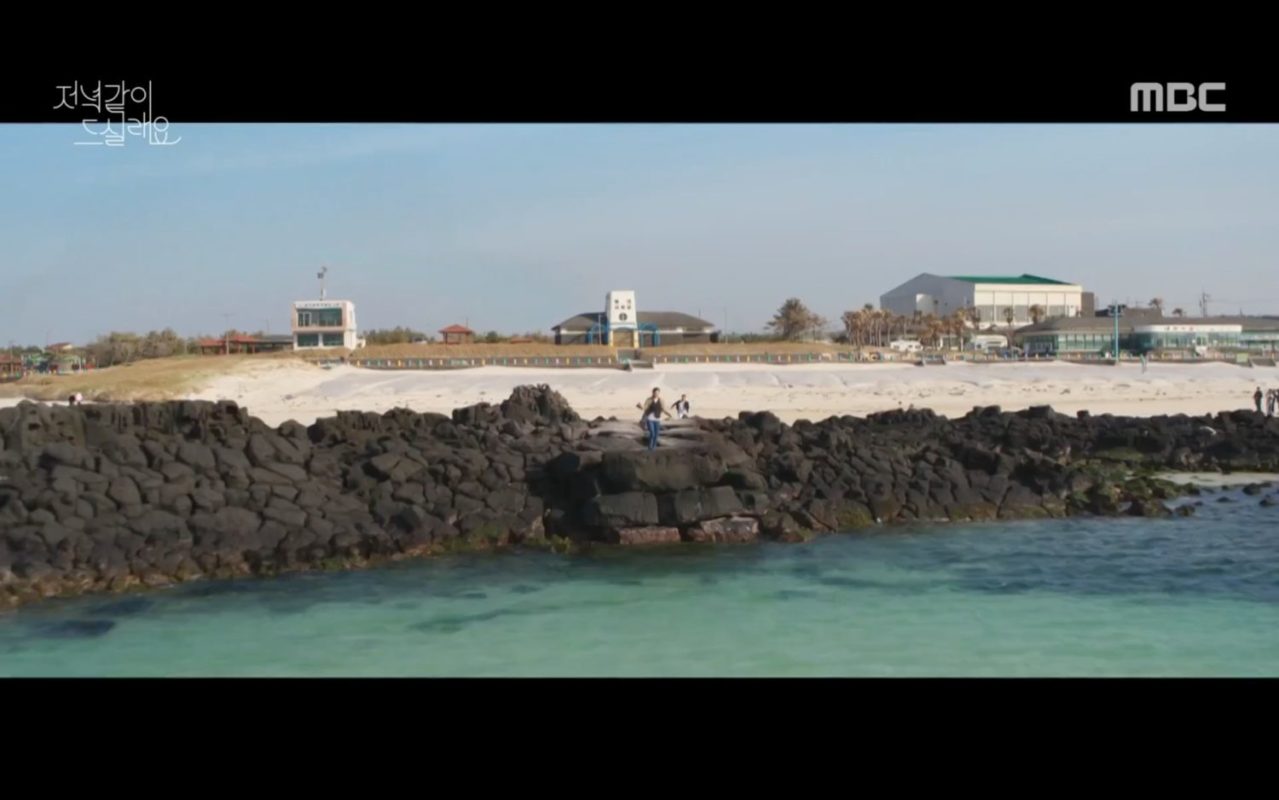 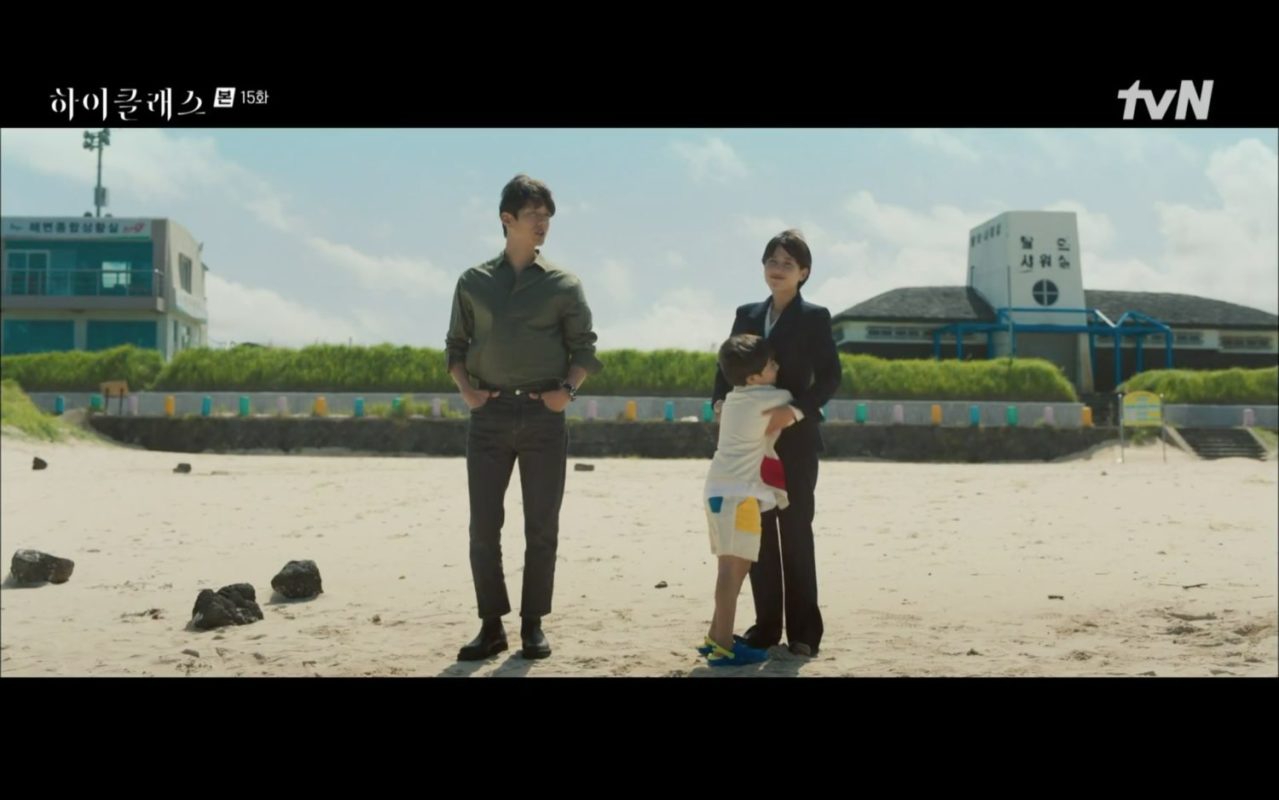 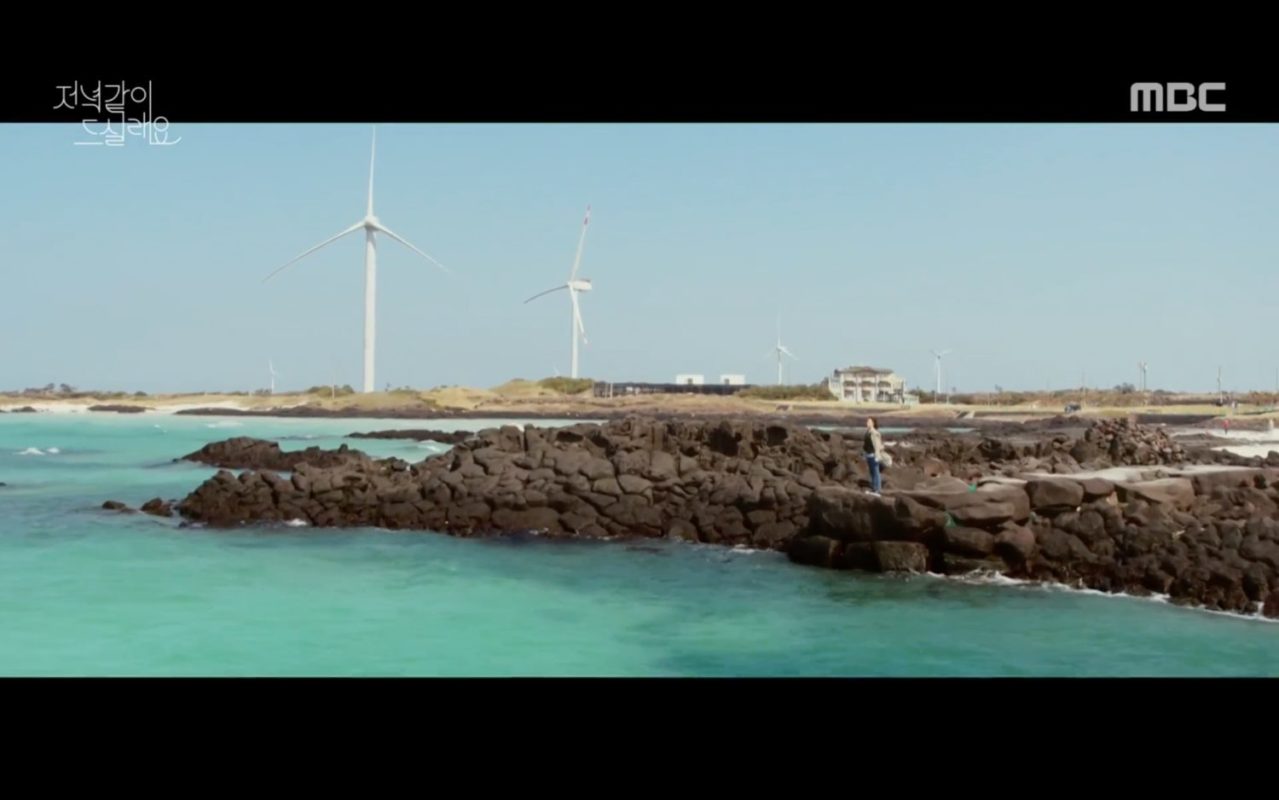 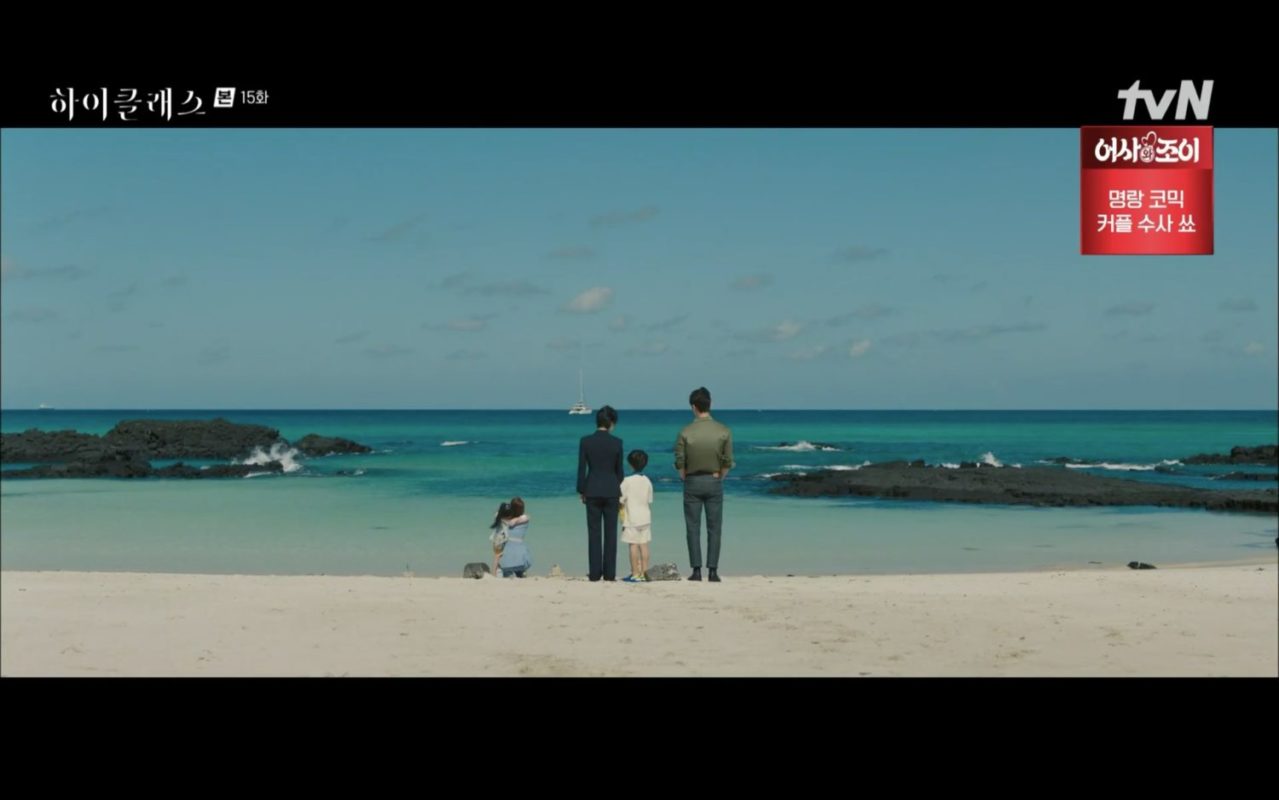 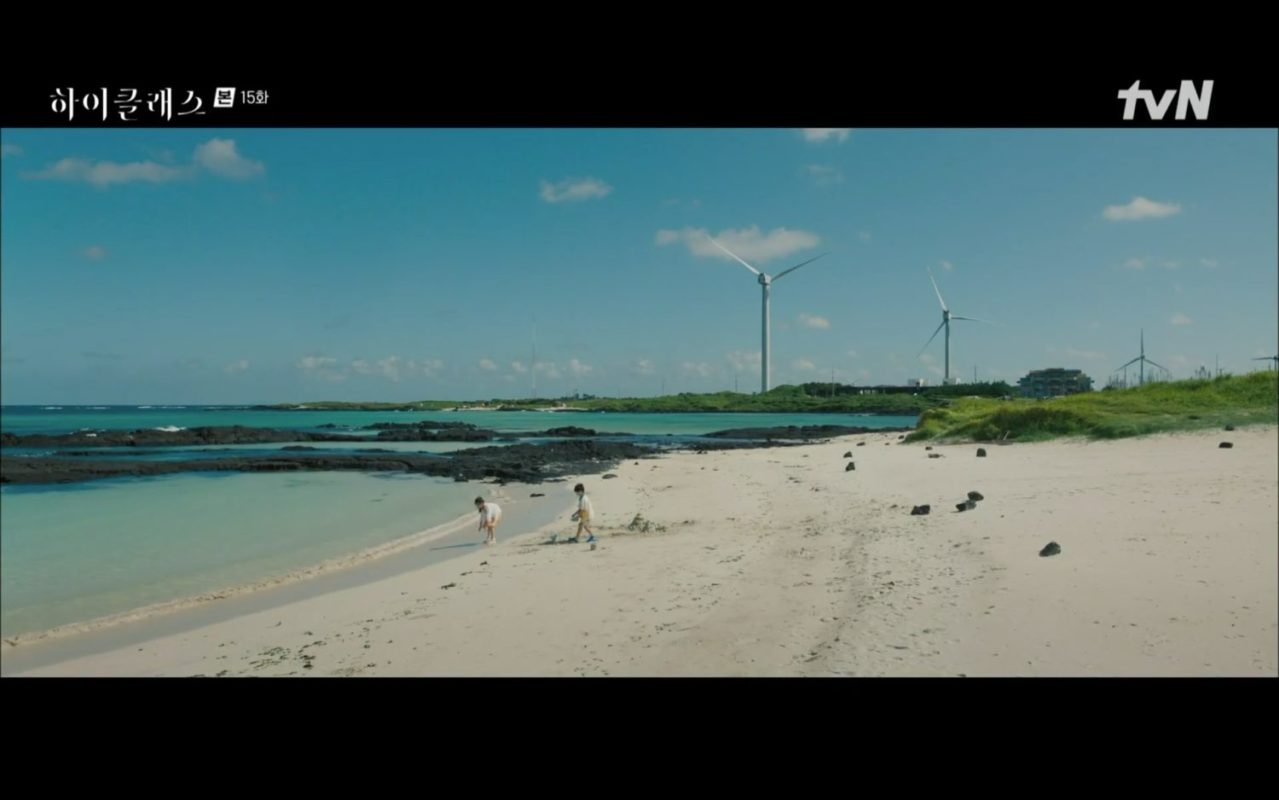 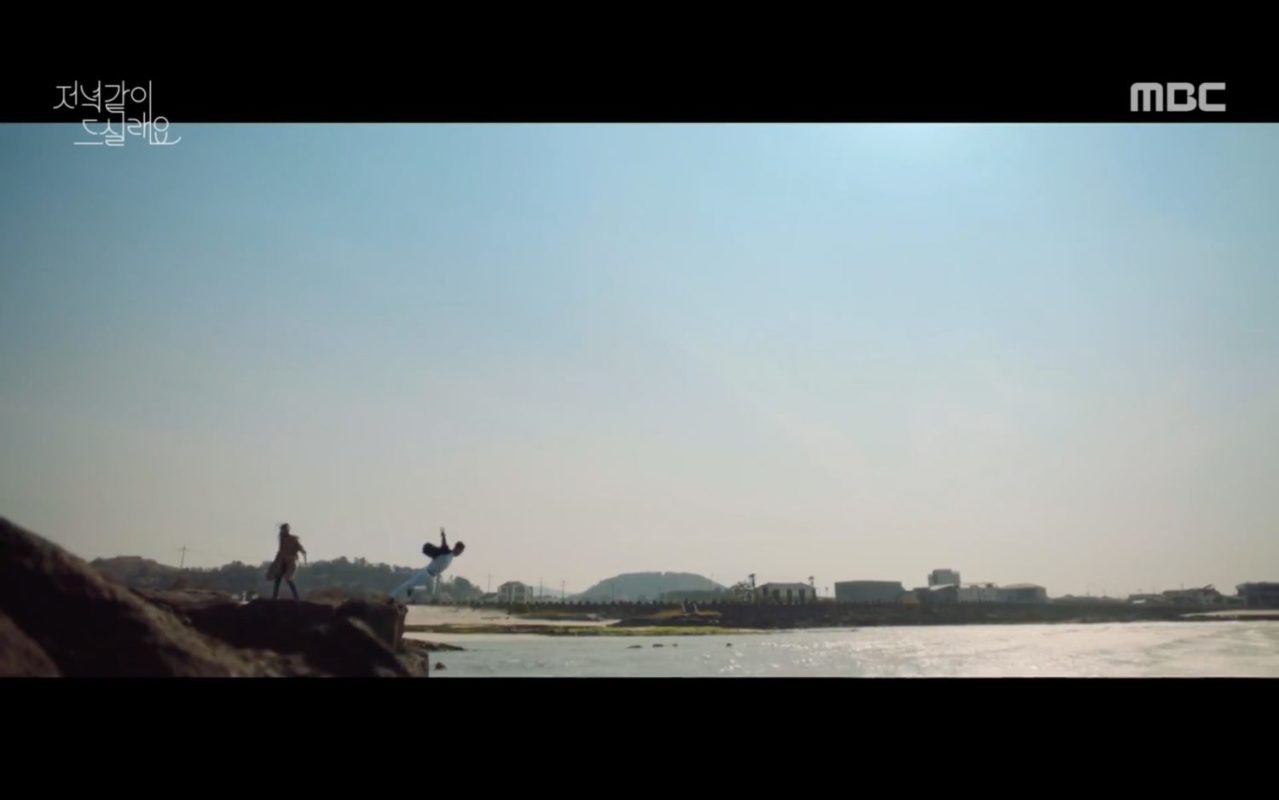 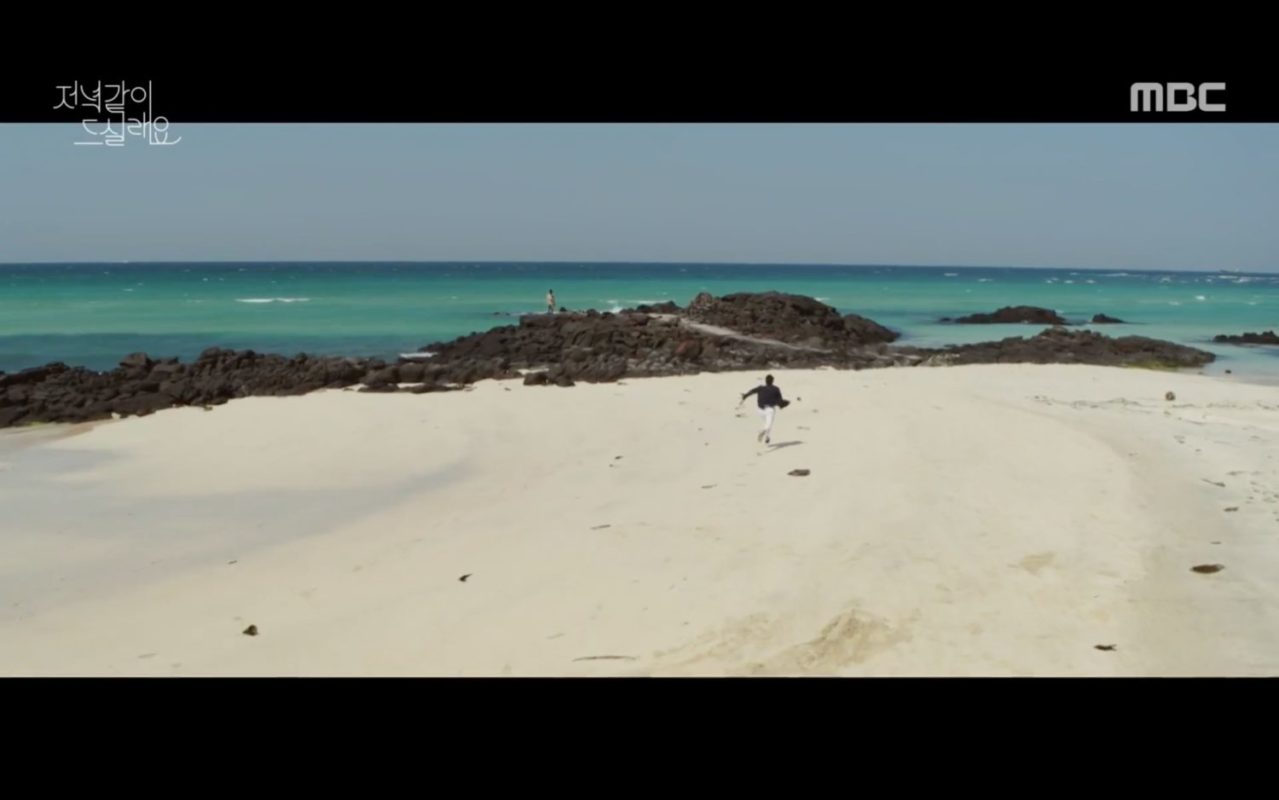 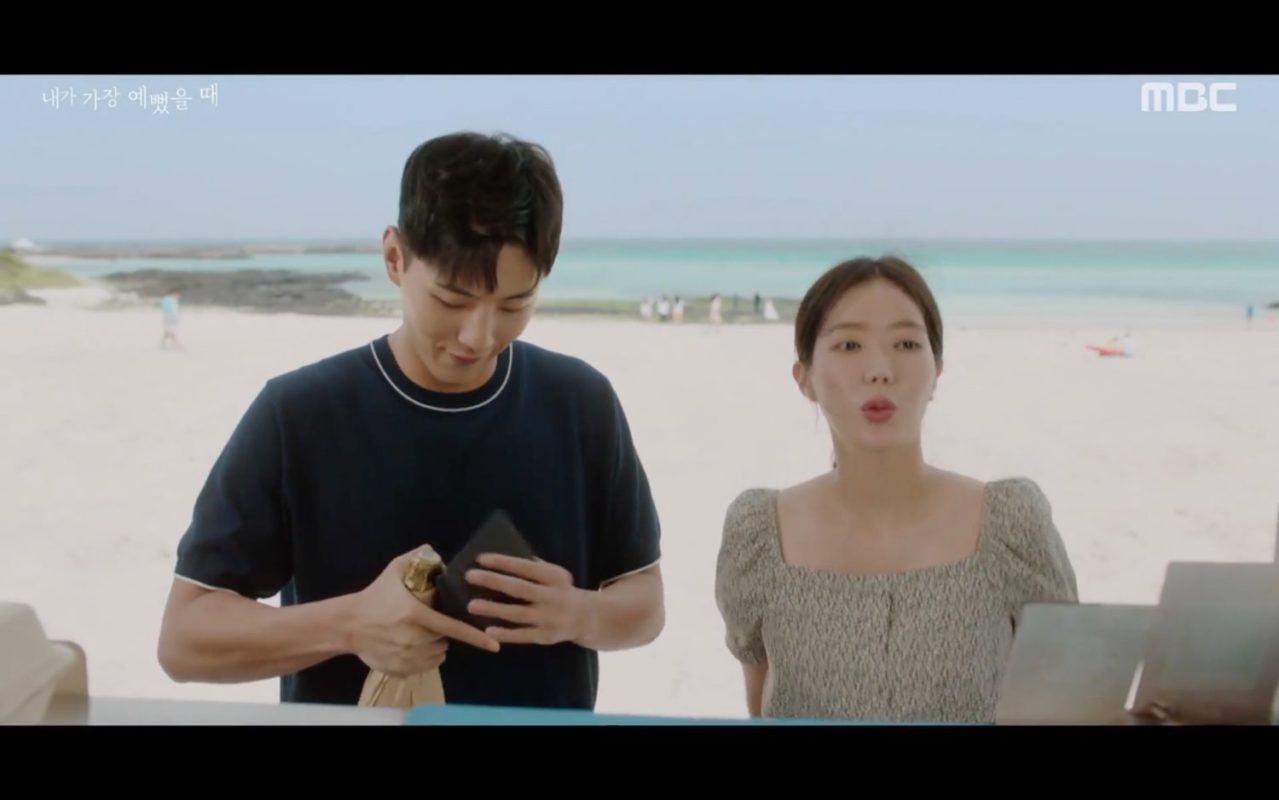 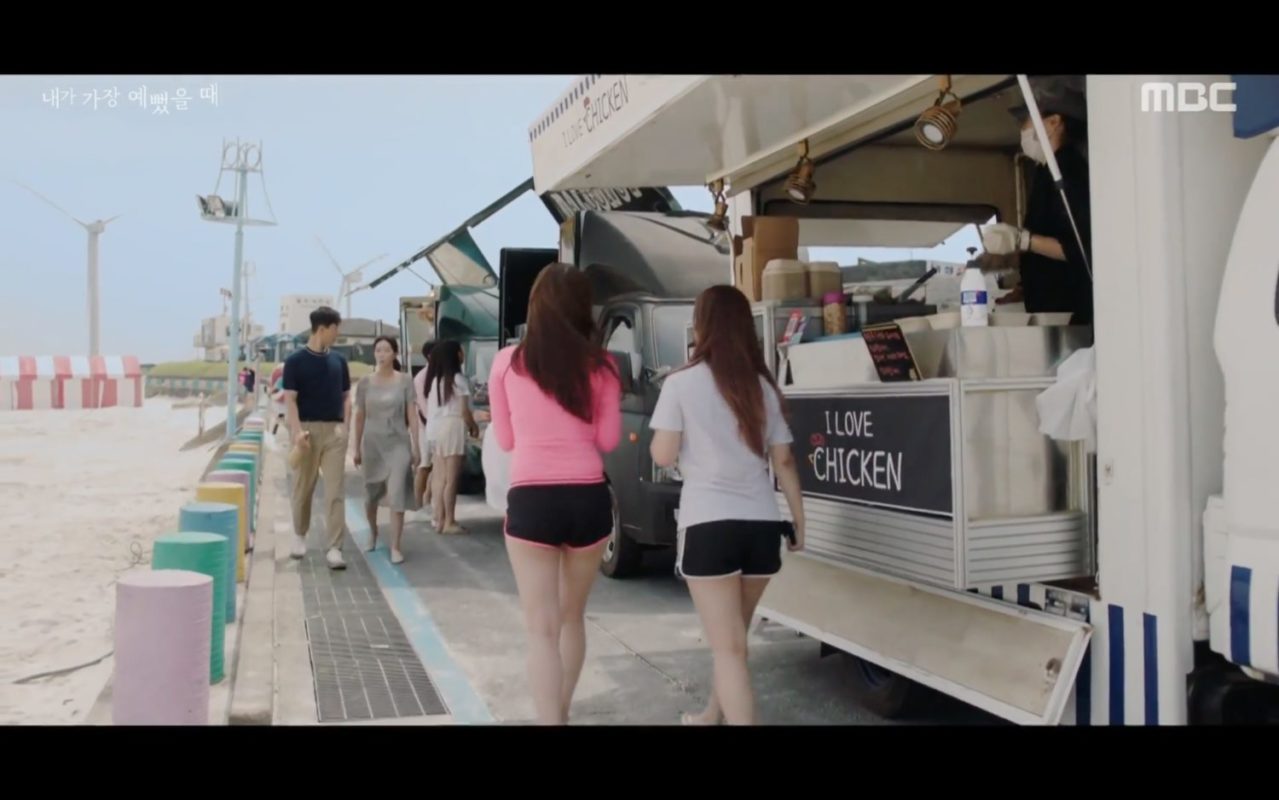 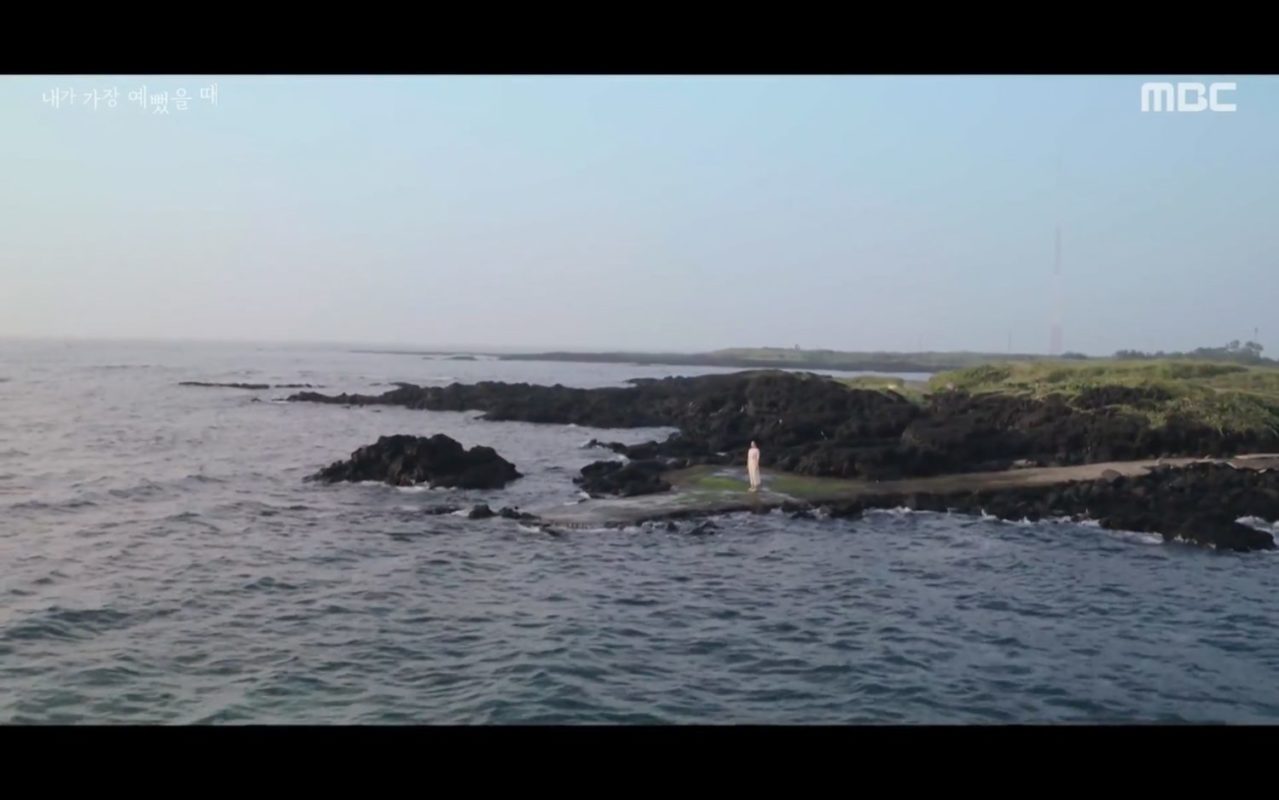 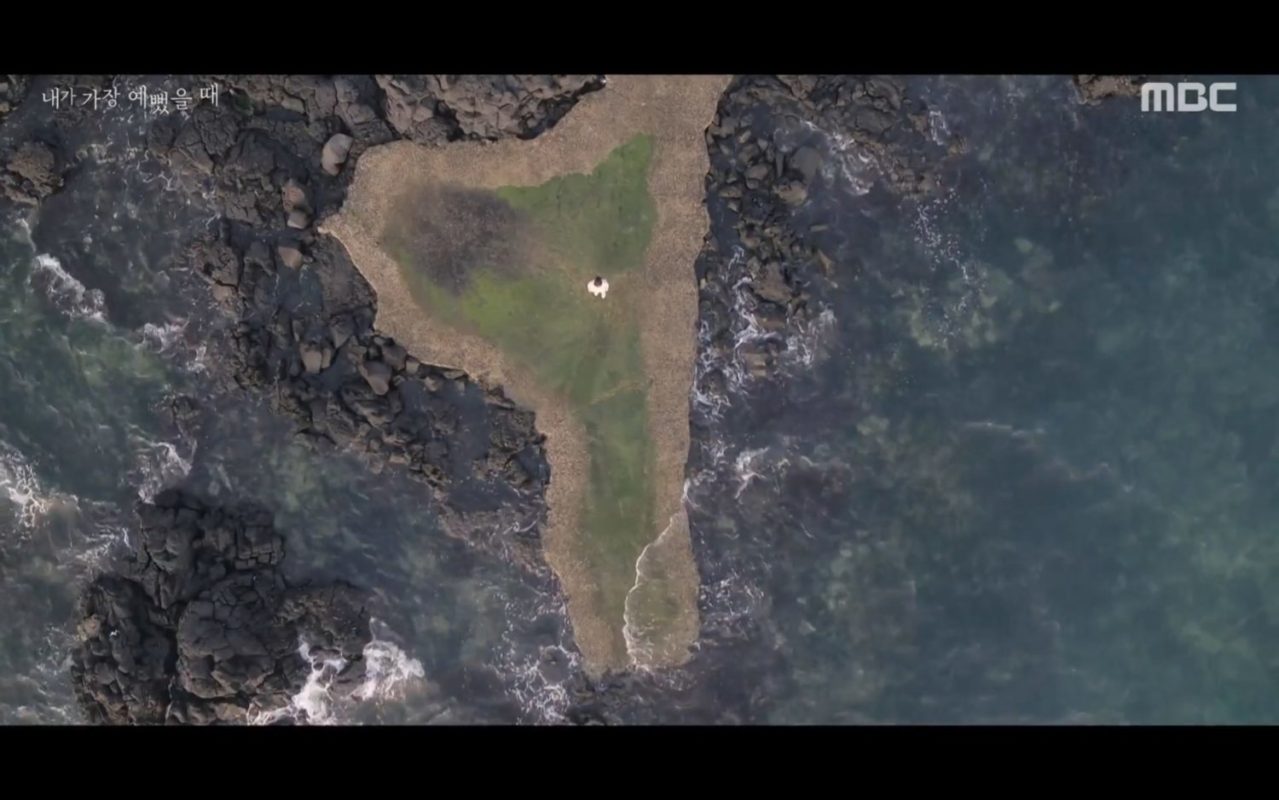 Oh Ye-ji (Im Soo-hyang) comes to the walking trail sightseeing spot ‘해녀불턱’ during her stay on Jeju Island in episode 6 of When I Was The Most Beautiful/When I Was The Prettiest (내가 가장 예뻤을때) (MBC, 2020); reminiscing the times together here with her missing husband. On his surprise visit to Ye-ji on Jeju Island in episode 7, Seo Hwan (Ji Soo) suggests playing hooky and both of them come to this beach.

After Woo Do-hee (Seo Ji-Hye) found out that her boyfriend Young-Dong (cameo by Kim Jung-hyun) cheated on her, she drives to this beach in episode 2 (full episode 1) of Dinner Mate/Would You Like To Have Dinner Together (저녁 같이 드실래요) (MBC, 2020). Unbeknownst to her, she is followed by Kim Hae-kyung (Song Seung-heon) who worries that she’d planned to end her life. When Do-hee has trouble keeping her balance while standing on the lava rocks that are very close to the sea, Hae-kyung sweeps in, in an attempt to save her. She ducks, he falls into the sea and ends up with a light cerebral concussion.

Gimnyeong Seonsegi Beach [김녕해수욕장] is a beach located in Jeju Island’s [Jeju-do/제주도] village of Gimnyeong [Gimnyeong-ri/김녕리] in Jeju City’s Gujwa Township [Gujwa-eup/구좌읍]; 20 min. by public transport to/from House Gili 1438 [길리1438] via bus no. 201. It is particularly known for its cobalt-colored sea and white fine-grained sand resting on black lava rocks, and is also a very popular spot amongst anglers. A geological walking trail leads to/from the beach and allows for a splendid view on this part of Jeju Island’s coast; characterized by its wind power generators.

This beach is called ‘Gimnyeong’ because it appears to take the shape of the Chinese character ‘平’ (píng, or 평 in Hangul) when looking at it from above.