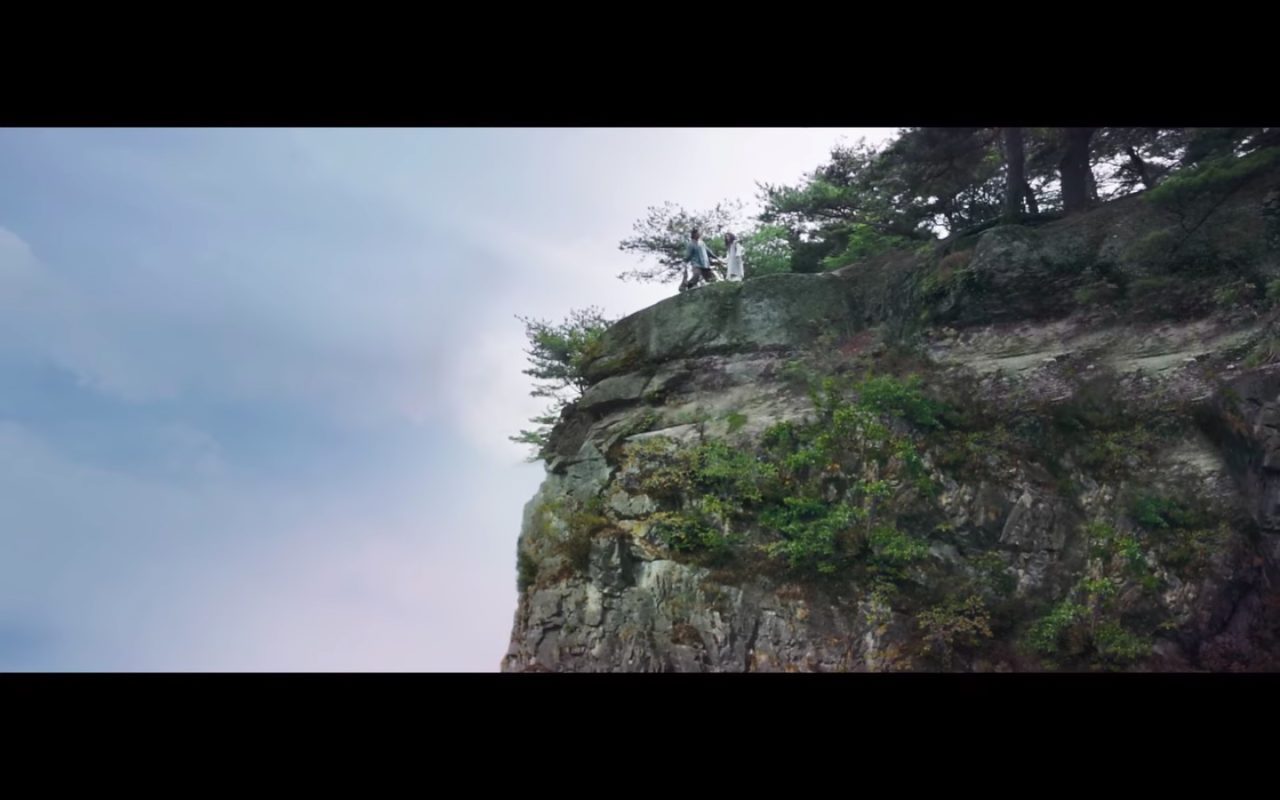 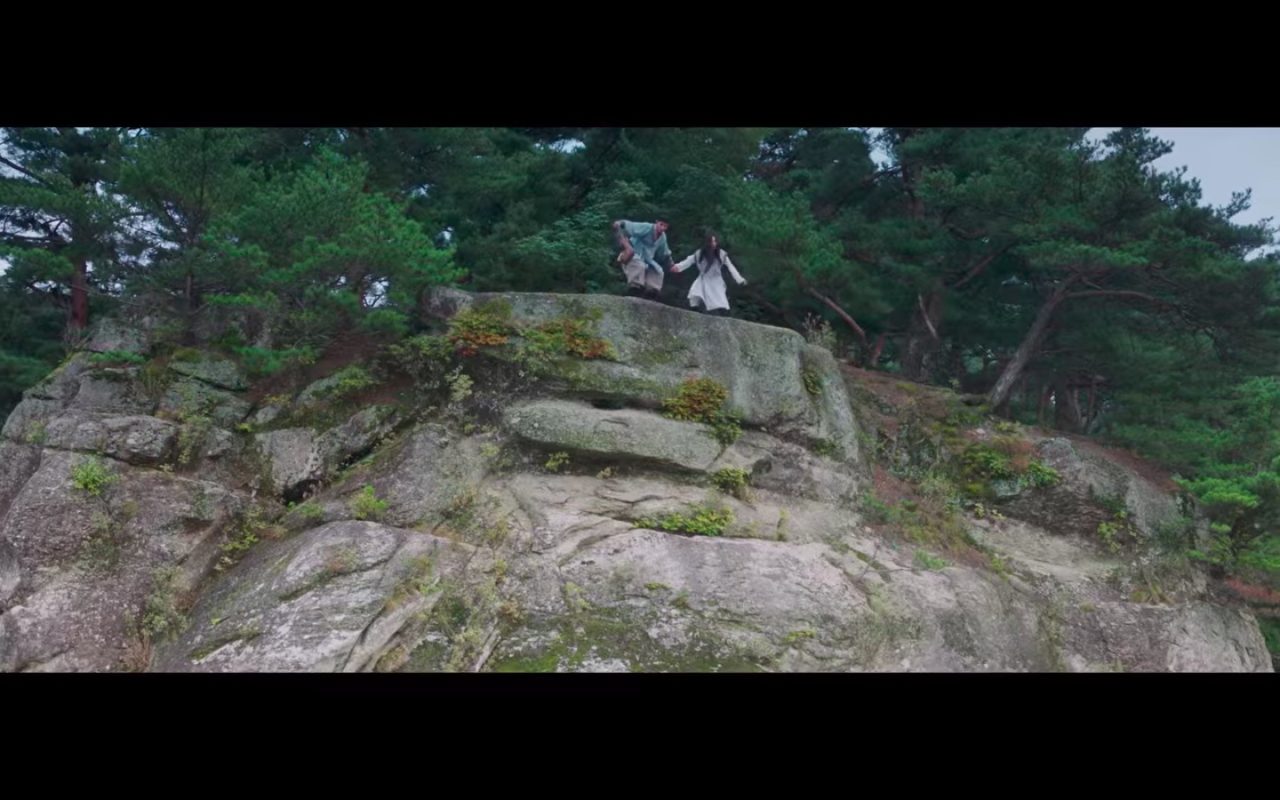 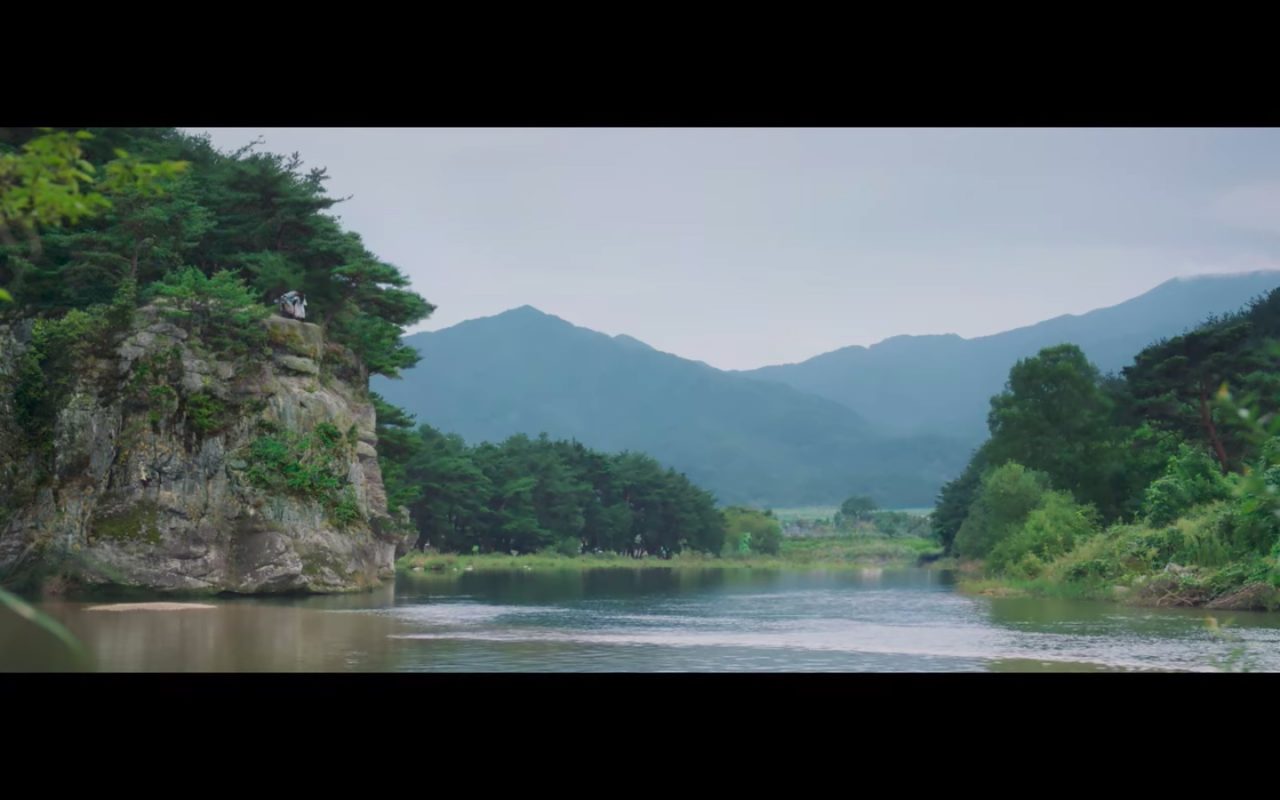 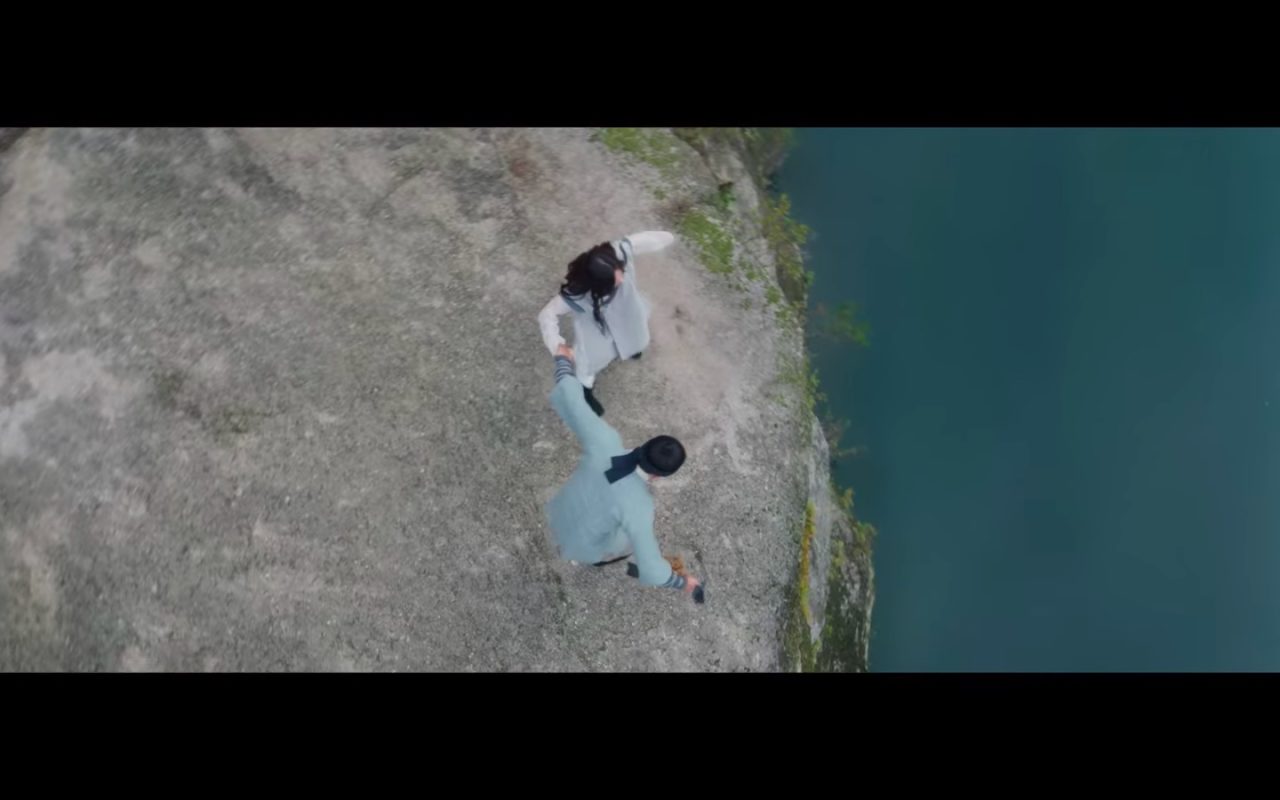 Jung Ji-un (Rowoon of SF9) and Crown Prince Lee Hwi (Park Eun-bin) get cornered by royal guards on this cliff in episode 3 of The King’s Affection/Yeonmo (연모) (KBS2, 2021), and they eventually jump into the river below to escape.

Translated from Korean, ‘Sarangbawi’ means ‘love rock’. The rock was named in part after Yoo Yi-tae (유이태/劉以泰, 1652-1715), a 17th century medical doctor known for his outstanding skills. According to legend, he had various encounters with a beautiful young lady who would always flirt with him, but he did not respond to her advances. One night, he chanced upon her on this very rock, where she declared her affections for him. She asked for him to grant him one wish: a hug, else she would throw herself into the river. Enamoured by her beauty, he did just that, and ended up kissing her. It was then that he felt a marble roll into his mouth from hers, and return to her.

Later, Yoo’s body condition began to decline, and he confided in an academy officer about what had happened. The older man then advised him to swallow the marble the next time. When Yoo encountered the beautiful maiden again, he did just that – and she turned into a white fox and disappeared into the night. With the marble in him, his agility increased and this led him to gain the knowledge and skills to be a doctor known both in Joseon and China. He would later serve Sukjong, the 19th king of the Joseon Dynasty, and be appointed as the governor of Ansan.