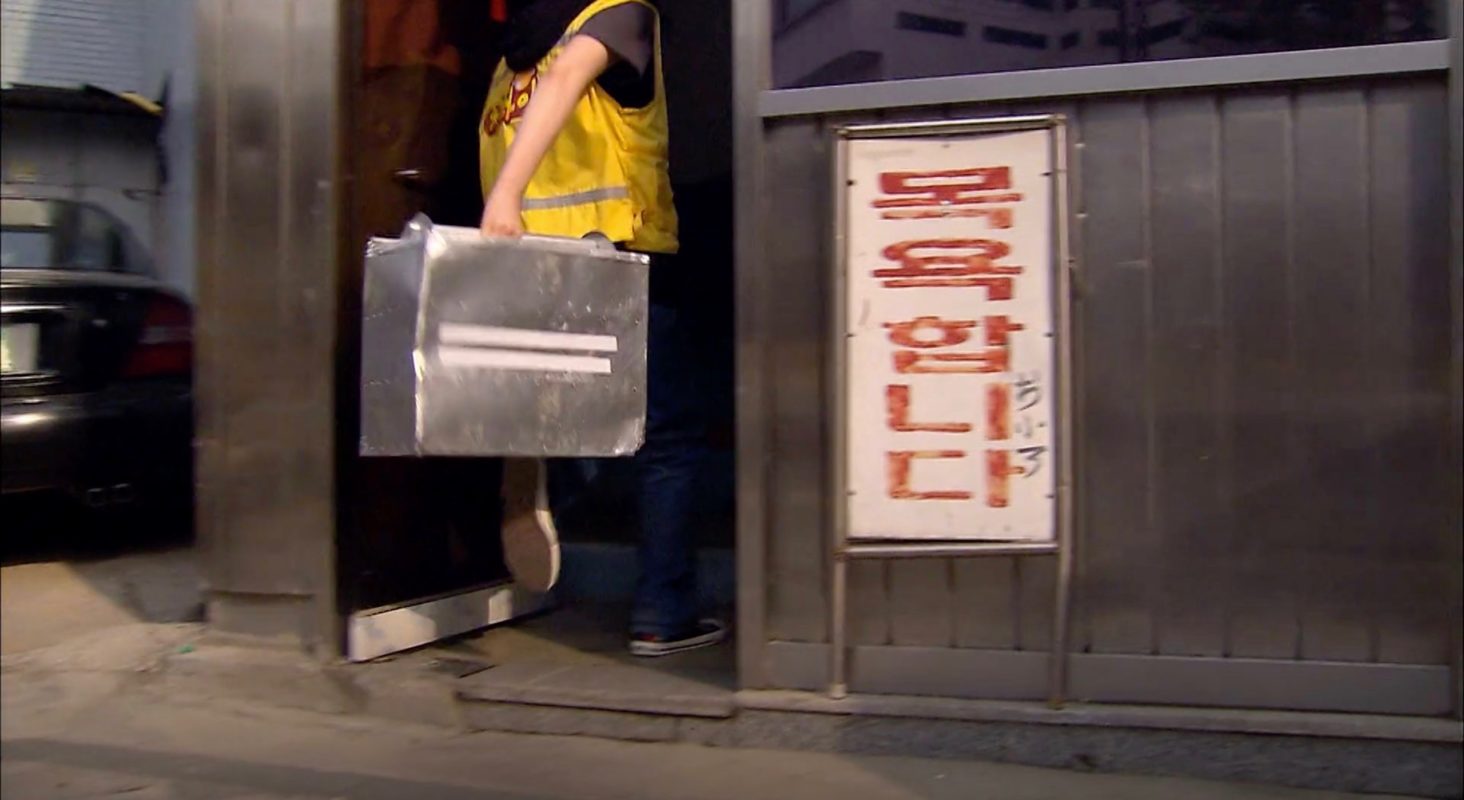 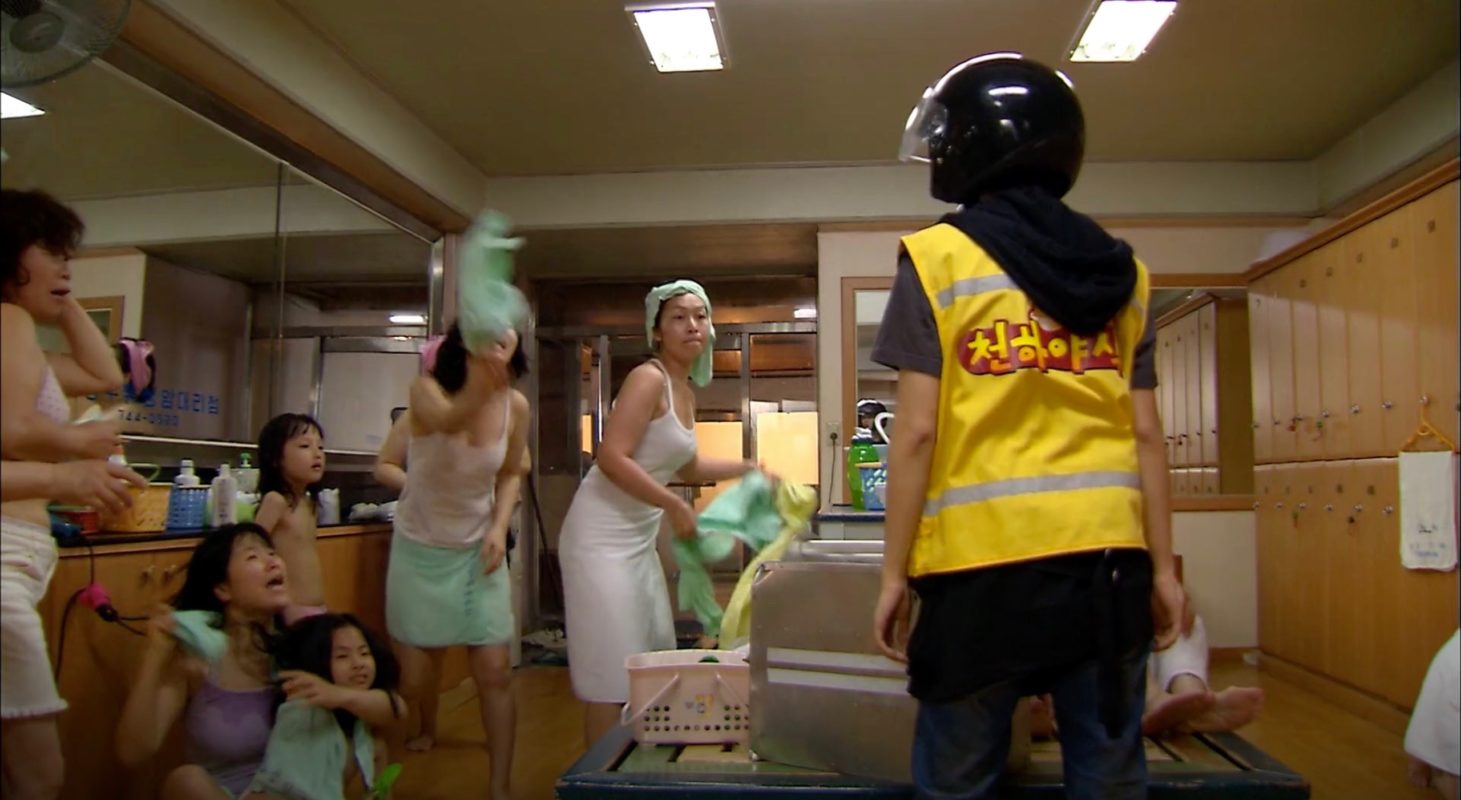 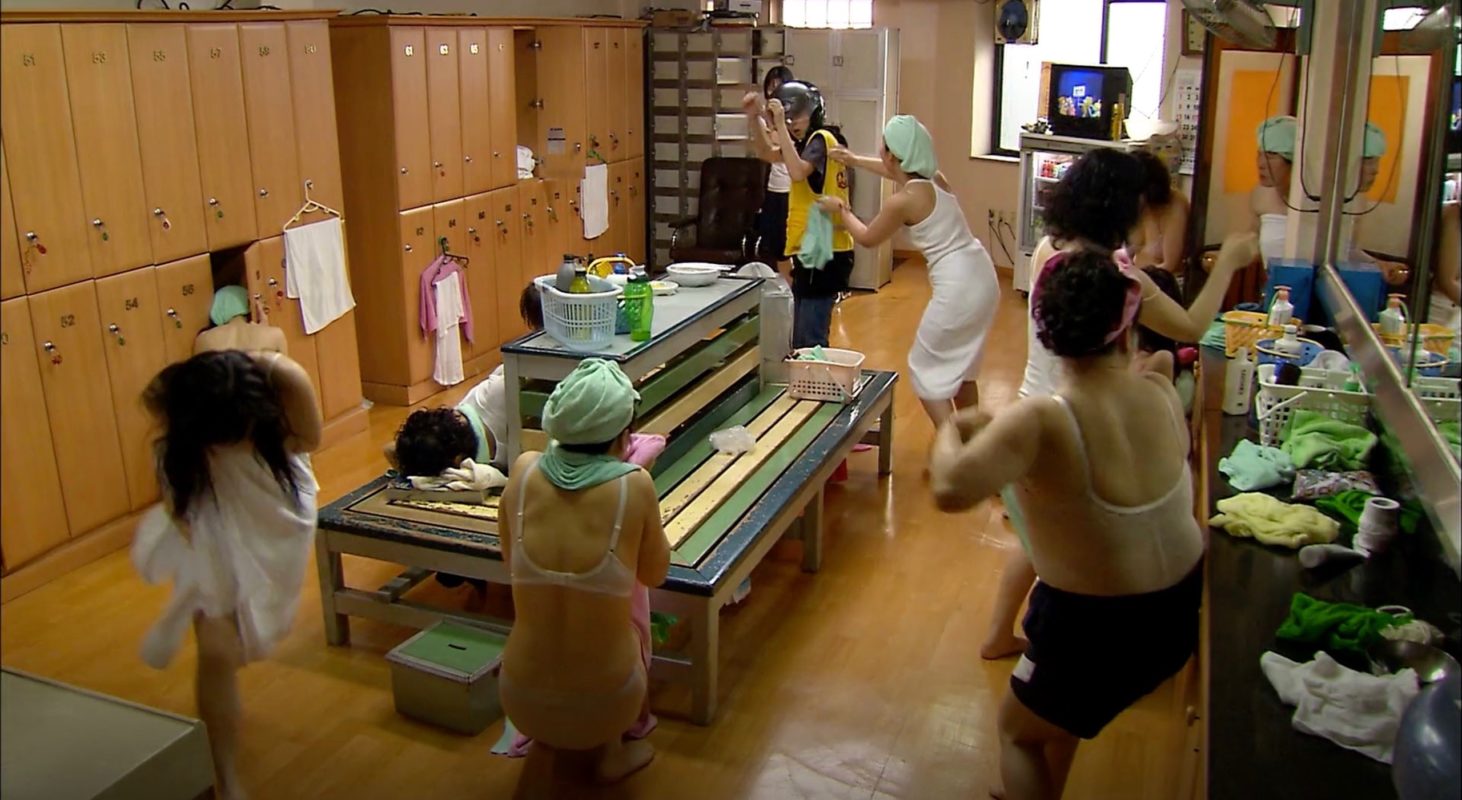 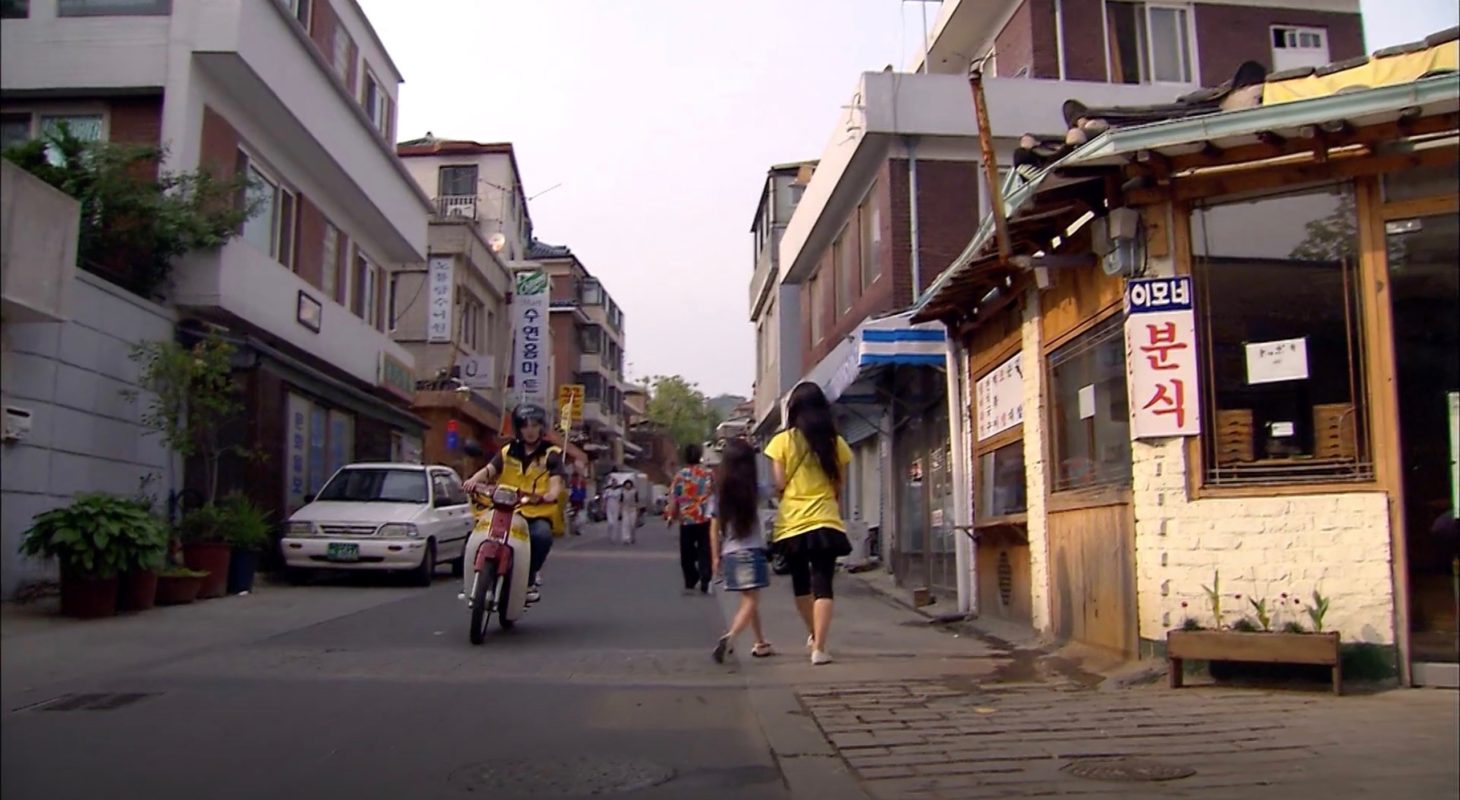 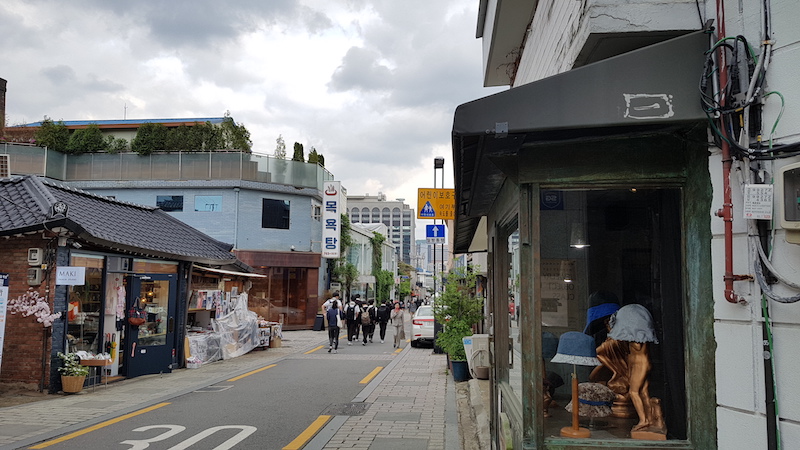 Ko Eun-chan (Yoon Eun-hye) delivers food to this (formally) only-women bathhouse in episode 1 of Coffee Prince/The 1st Shop of Coffee Prince (커피프린스 1호점) (MBC, 2007). The women there think that she’s a young man and chase her out of the bathhouse.

Gentle Monster Bukchon Flagship Store [젠틀몬스터 북촌 플래그십스토어] is a flagship store of eyewear store Gentle Monster [젠틀몬스터]. Gentle Monster is a South Korean brand founded in Seoul in 2011 by Kim Hankook. The brand is sold in 26 Korean Department Stores and 130 other stores, as well as over 450 stores overseas. Gentle Monster employs six staff to design glasses and 60 to design the store visuals like in this flagship stores as well as the one in Lotte Tower and Sinsa. Their eyewear is well-known for oversized frames, which the founder explains as cited in an article with Business of Fashion: “Here, having a small face is the biggest compliment. There were no competitors for oversized glasses, which make heads look smaller.” (17 July 2016)

Since 2016, this particular store has been functioning out of a transformed bathhouse that has been operating in this building for 46 years. As such, it also carries the name ‘Gentle Monster Bathhouse’.
It is located on Gyedong-gil [계동길] — a little further down the road from Aya [아야] — along the central street of Seoul’s neighborhood of Gye-dong [계동] in the Jongno district [Jongno-gu/종로구], that is part of Bukchon Hanok Village [북촌한옥마을]. You can have a sneak peek into the shop here.

— submitted by Marion KDL with updated description of Gentle Monster by sarahms
— Photo taken by © Mich, May 2018