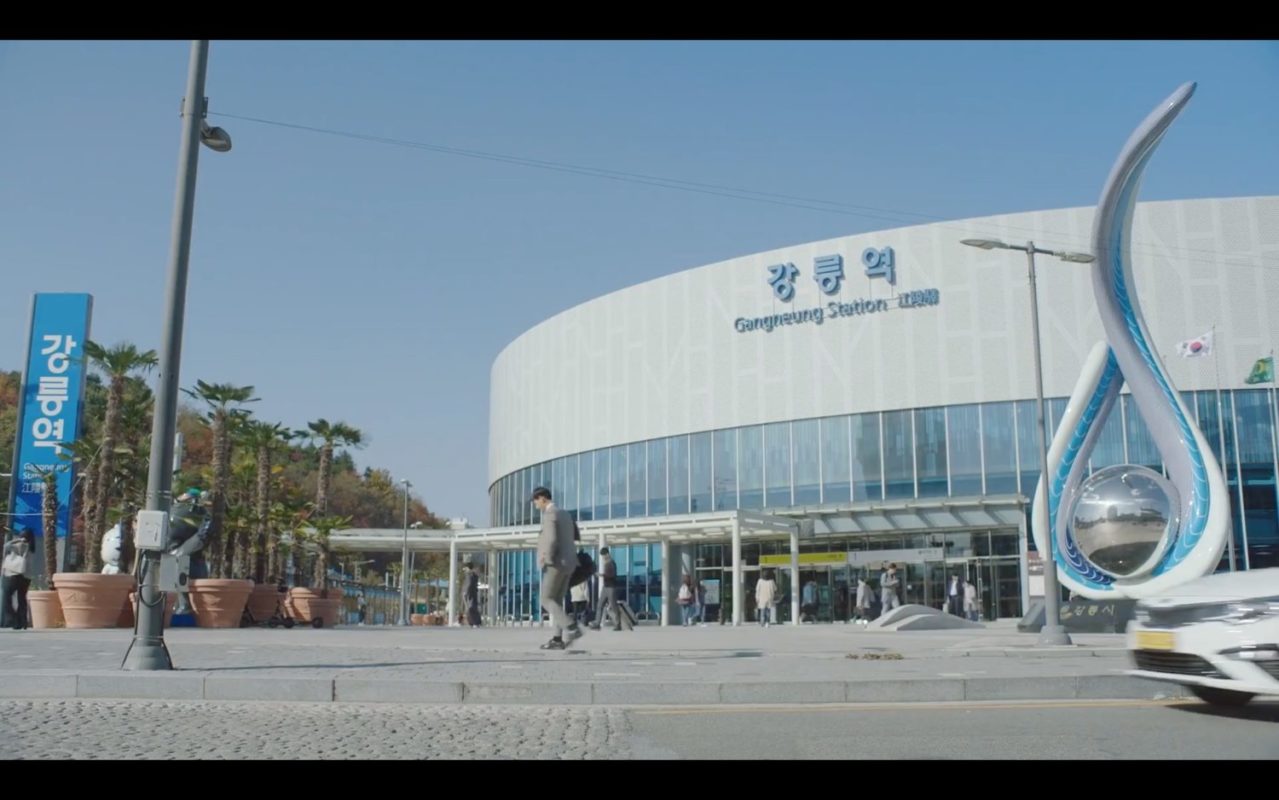 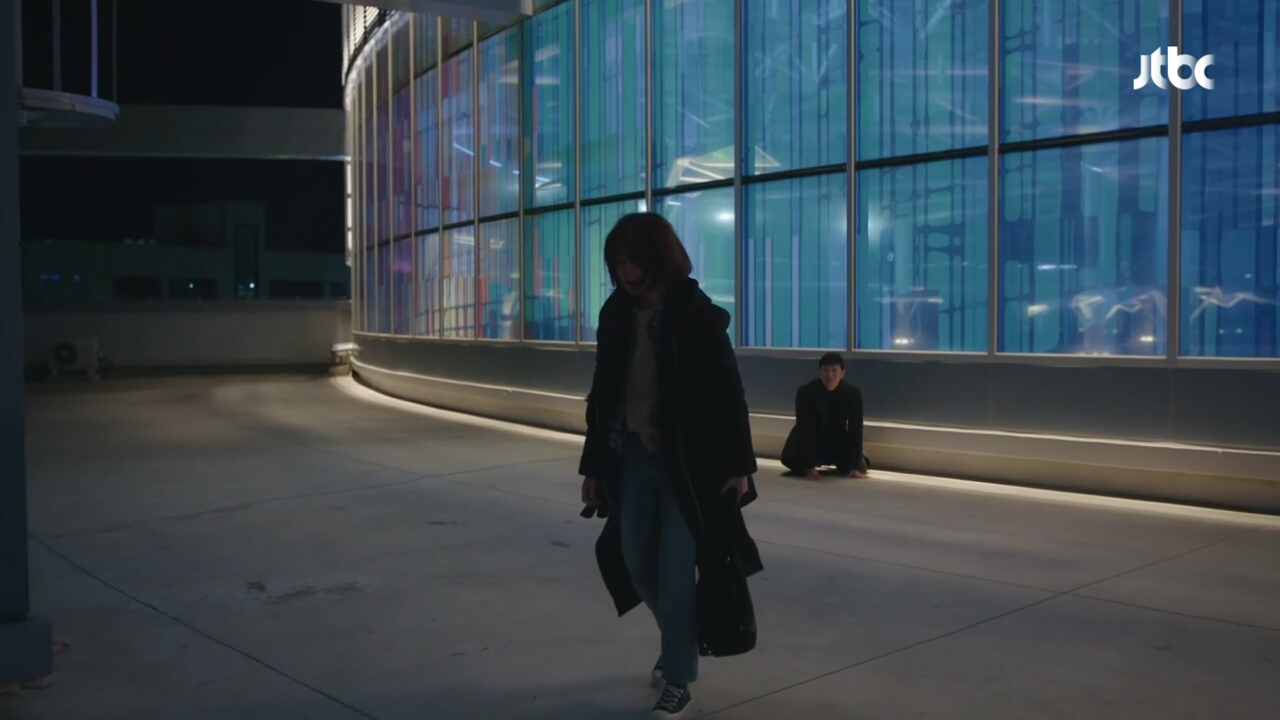 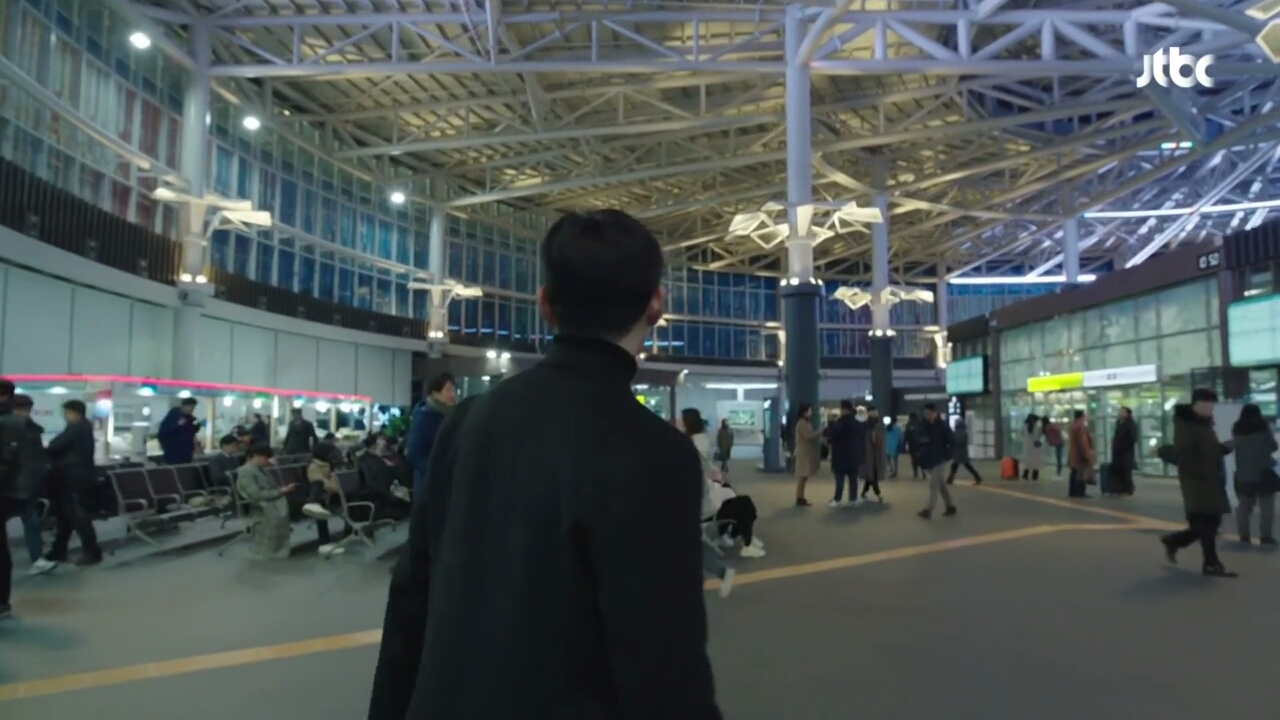 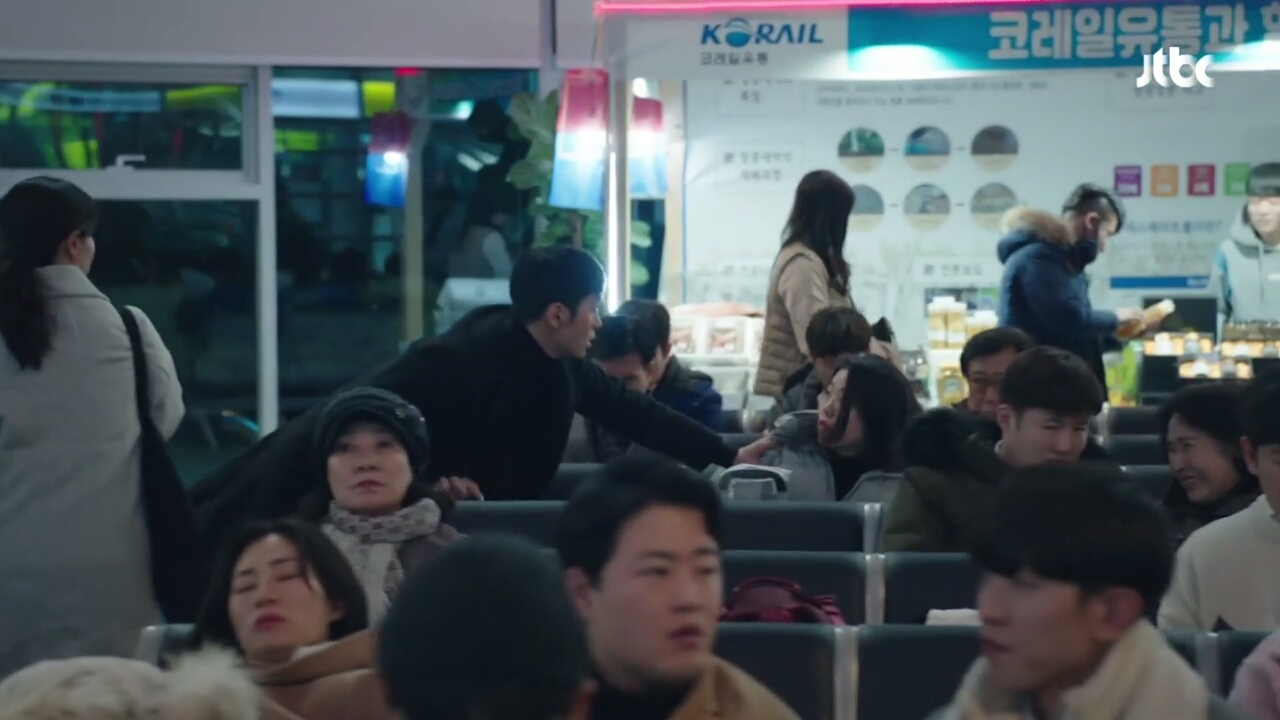 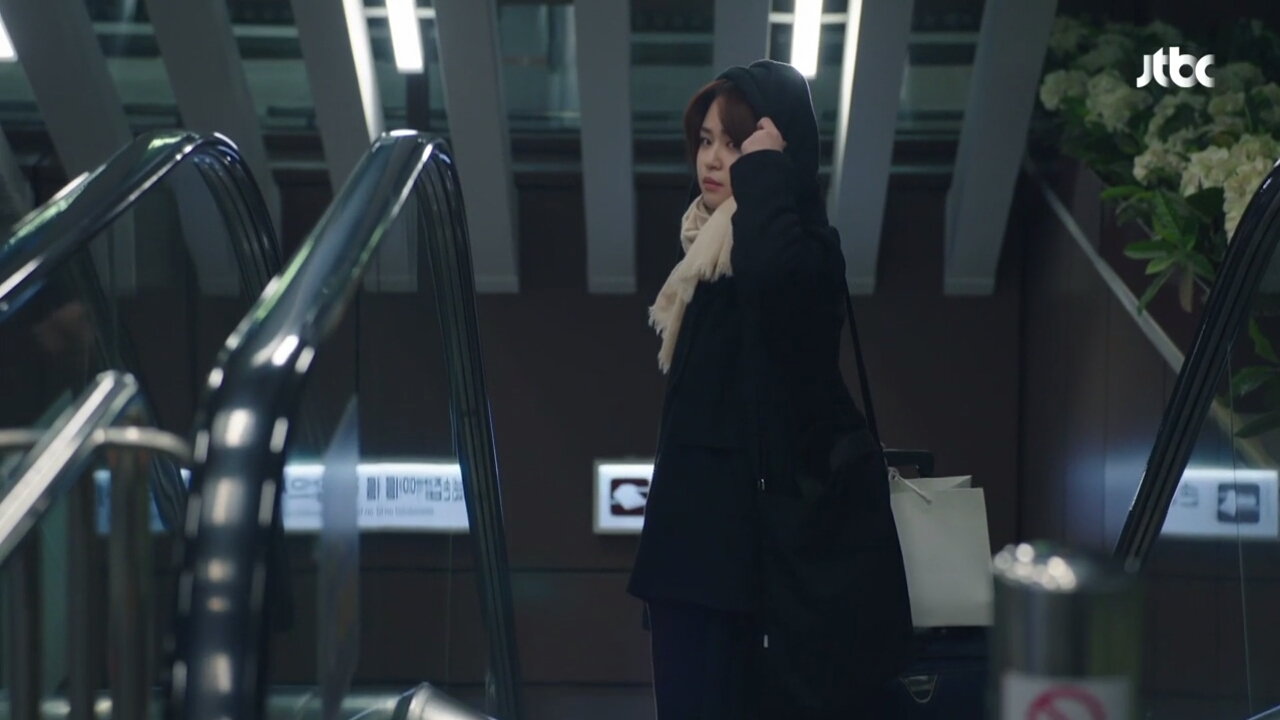 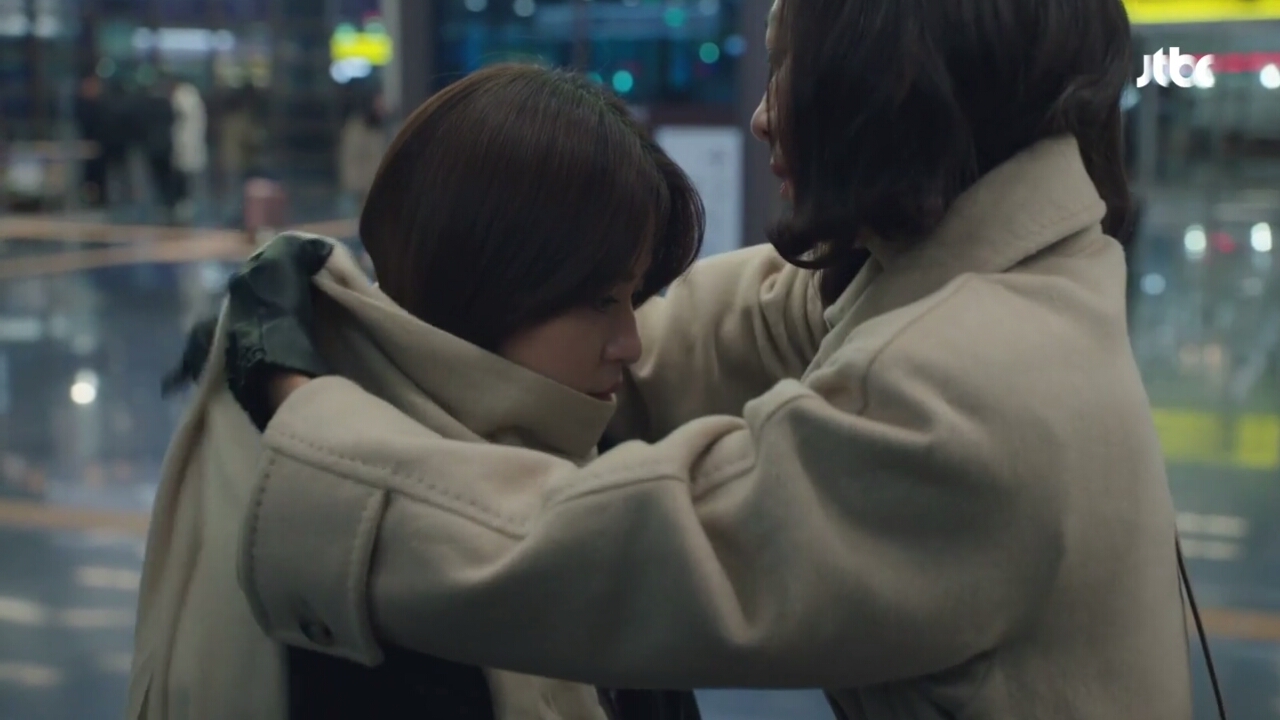 When about to head into this station, Lee Shin-ah (Krystal Jung) is stopped by two police officers in episode 2 of Crazy Love (Keuleiji Leobeu/크레이지 러브) (KBS2, 2022) and they ask her to follow them to the station.

This station appears as ‘Gosan Station’ in episode 10 and 11 of The World of The Married/A World of Married Couple (부부의 세계) (JTBC, 2020), where Ji Sun-woo (Kim Hee-ae) sends off Min Hyun-seo (Sim Eun-woo), who decided to leave Gosan for good. Little did they know, Hyun-seo’s ex-boyfriend Park In-gyu (Lee Hak-joo) is also at the station to stop her from leaving.

Gangneung Station [강릉역/江陵驛], opened on November 6, 1962, is a railway station on the Yeongdong Line and the Sea Train located in Gangneung’s neighborhood Gyo [Gyo-dong/교동]. The station was closed on September 15, 2014 for construction work and operation resumed four years later on July 18, 2018. In March 2020, the Gangneung Triangle Line [강릉삼각선] was opened at this station.