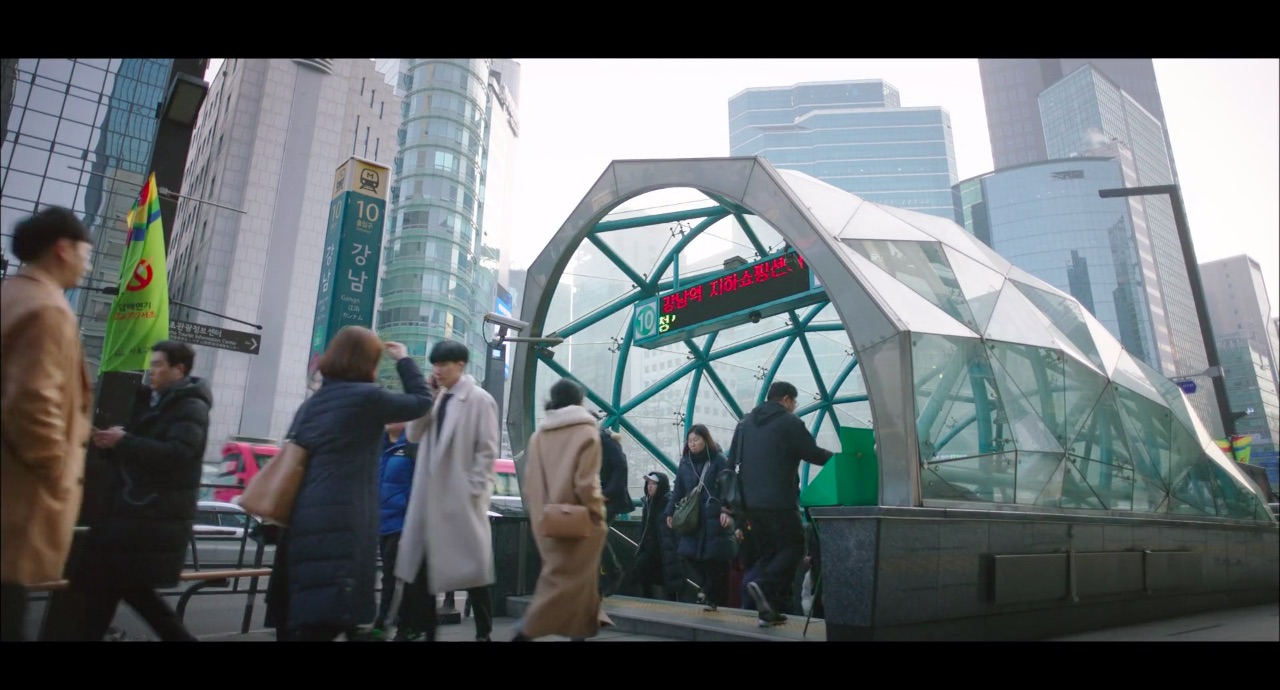 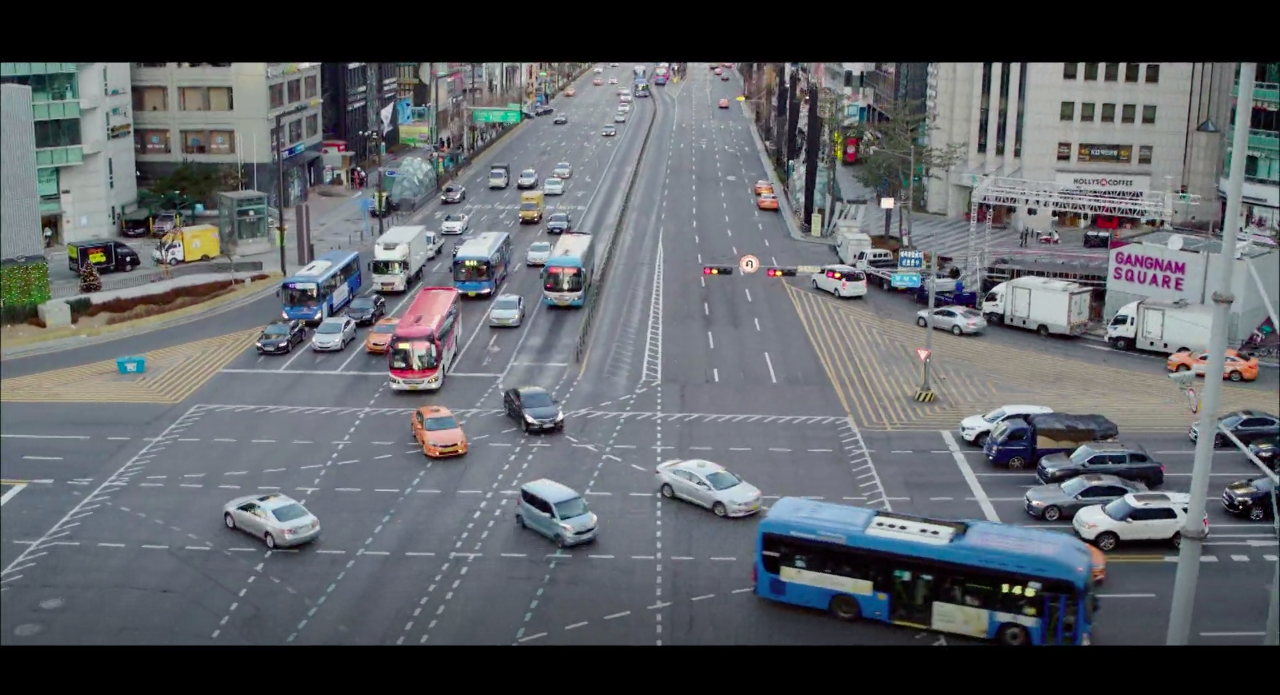 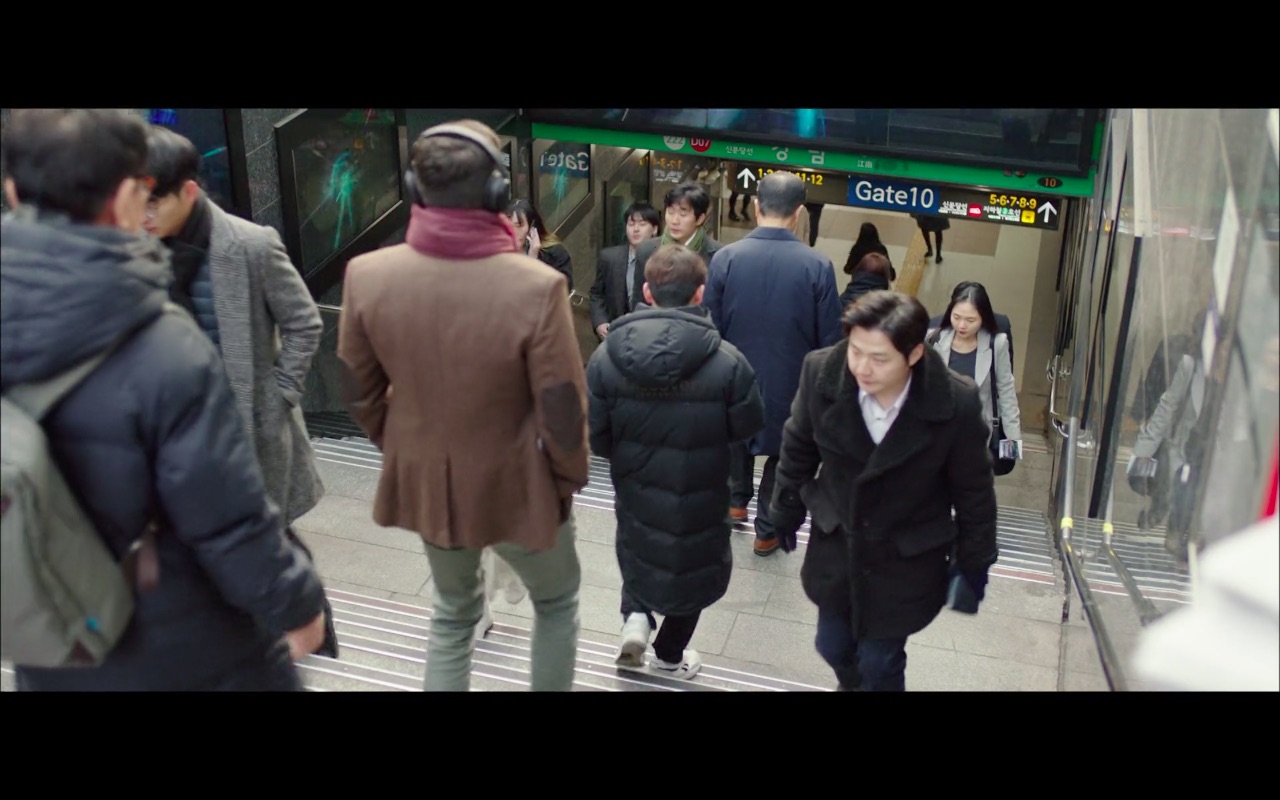 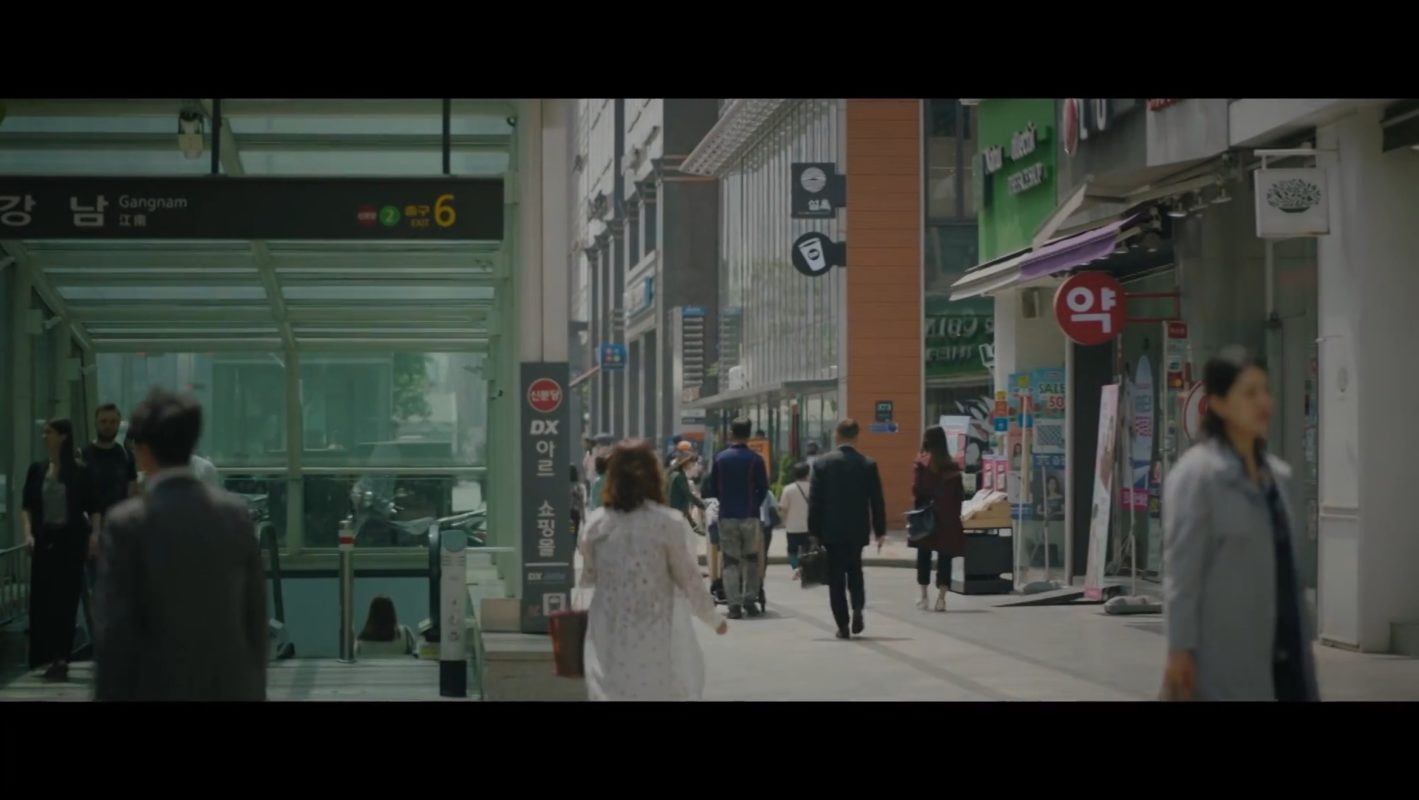 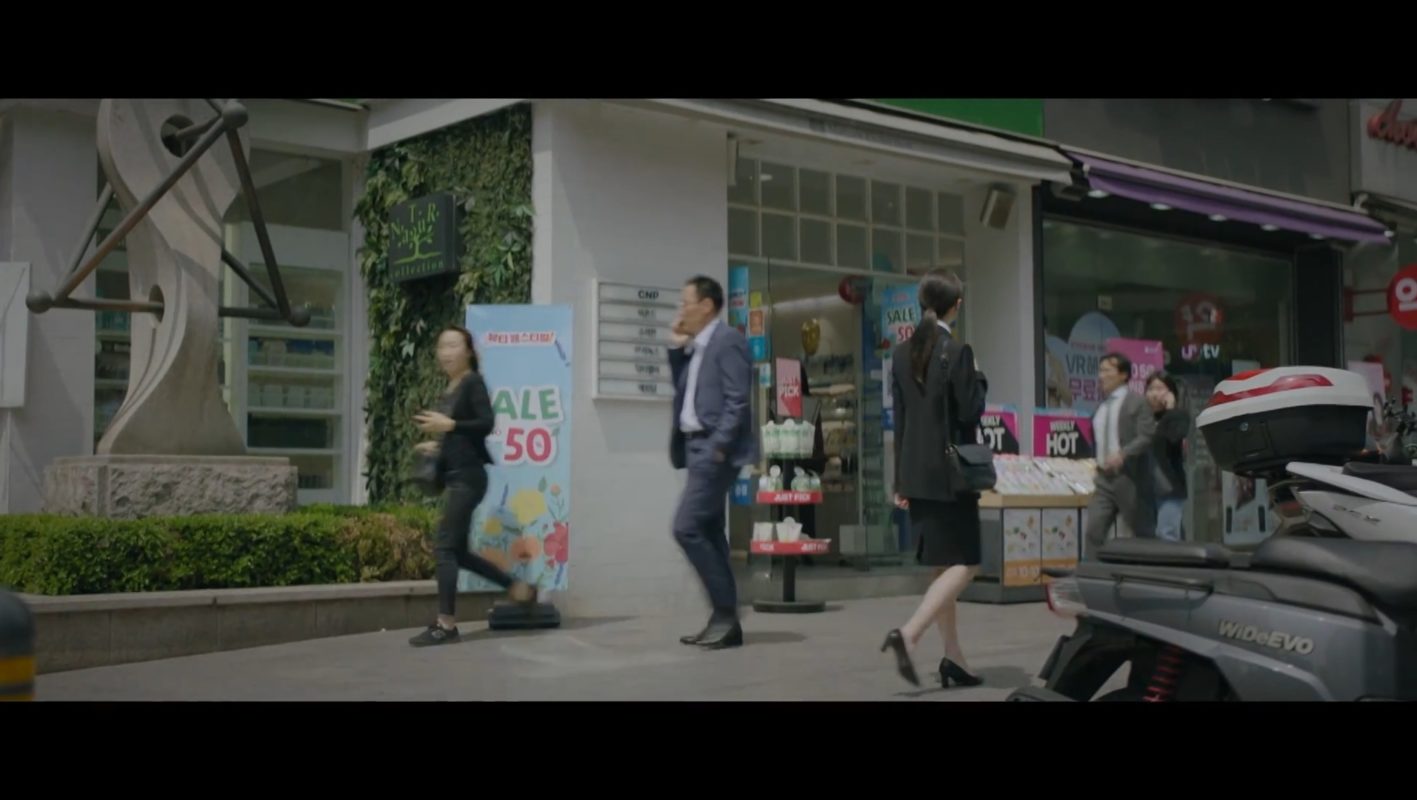 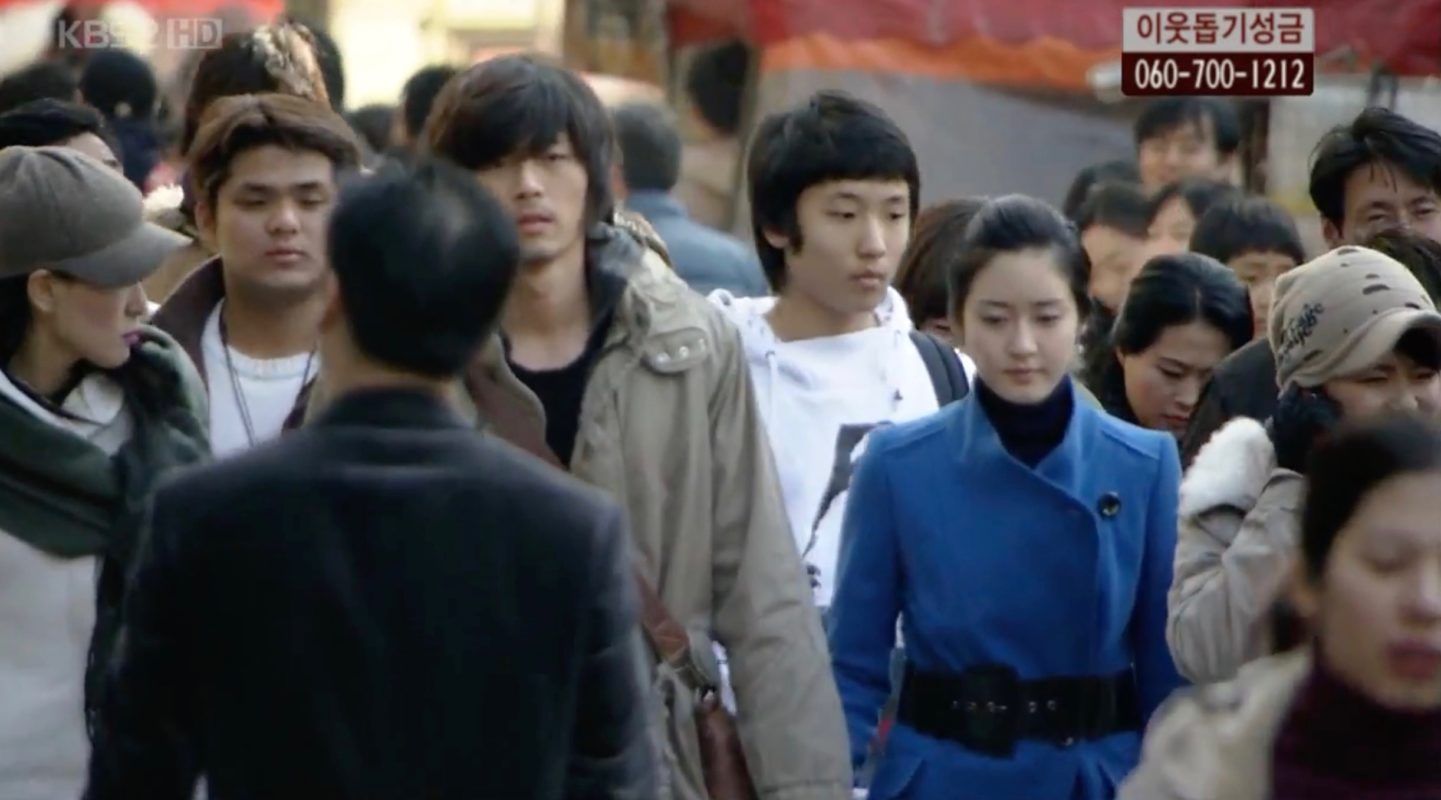 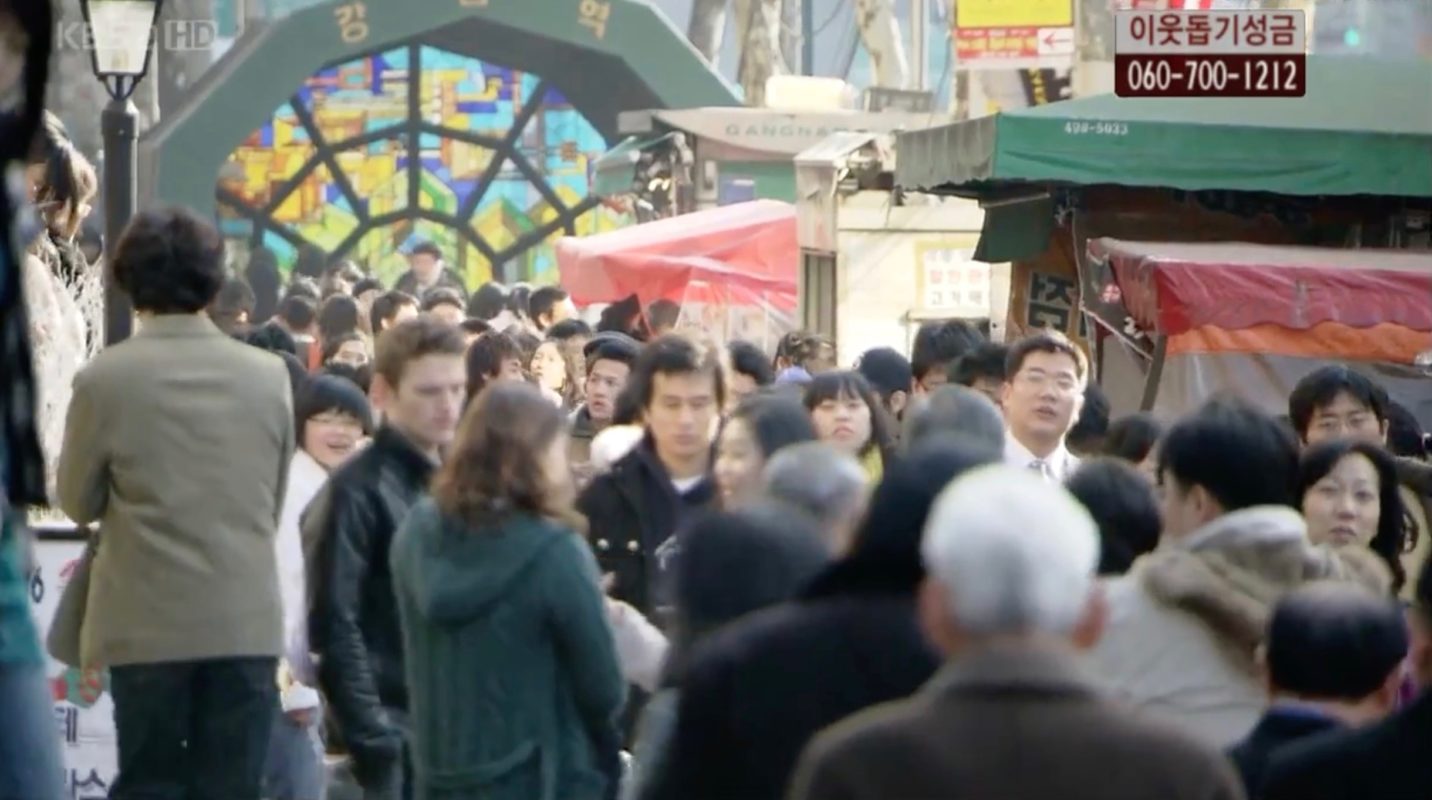 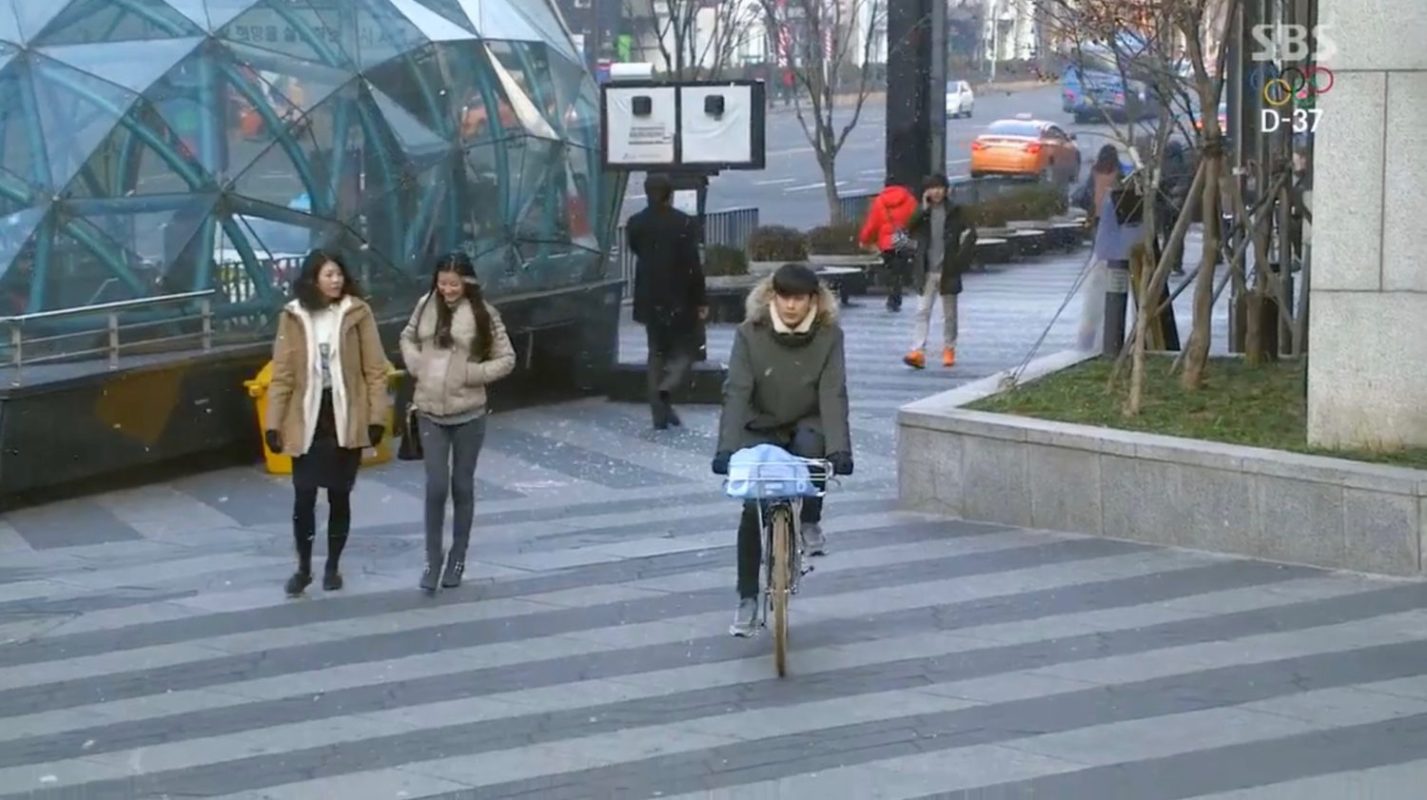 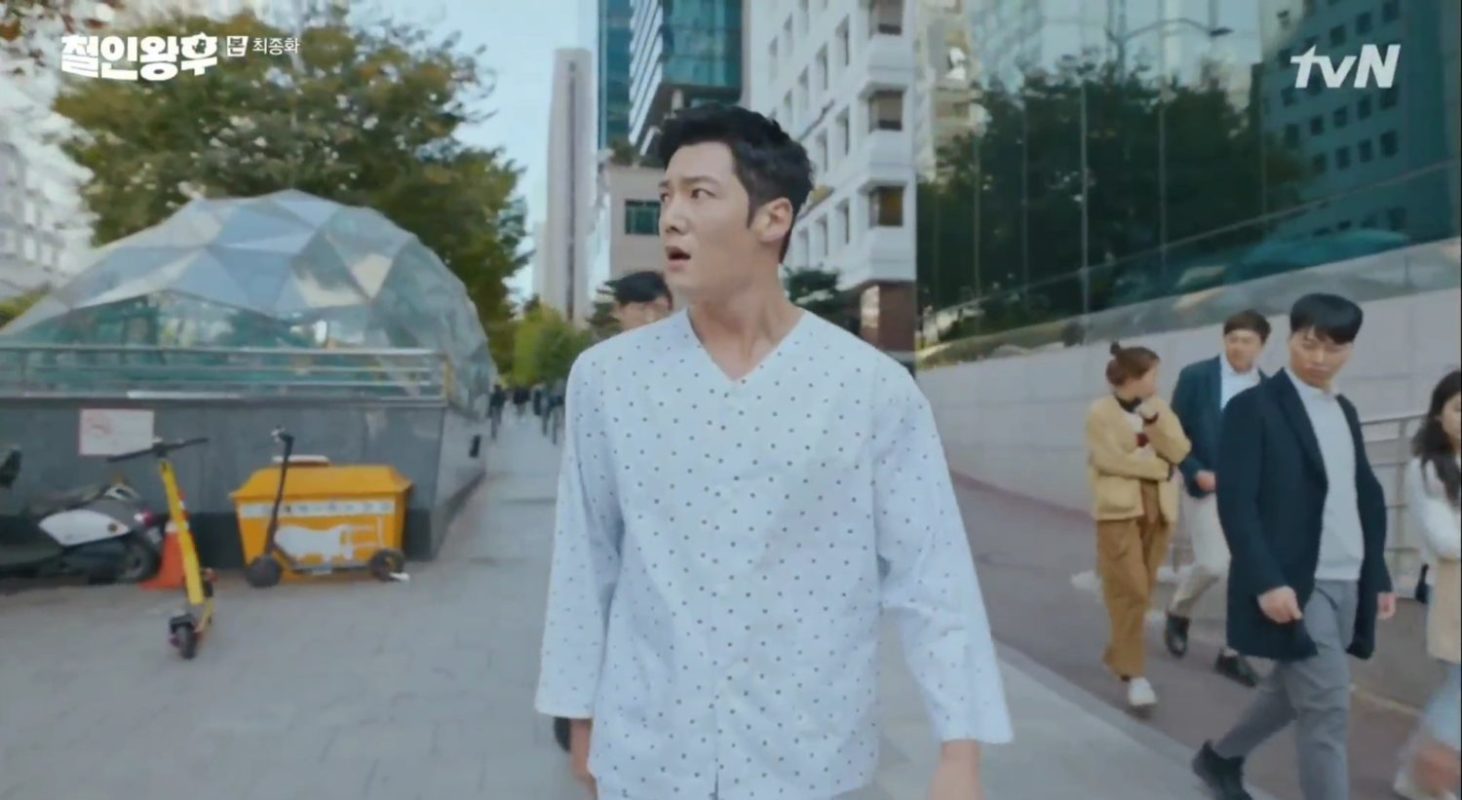 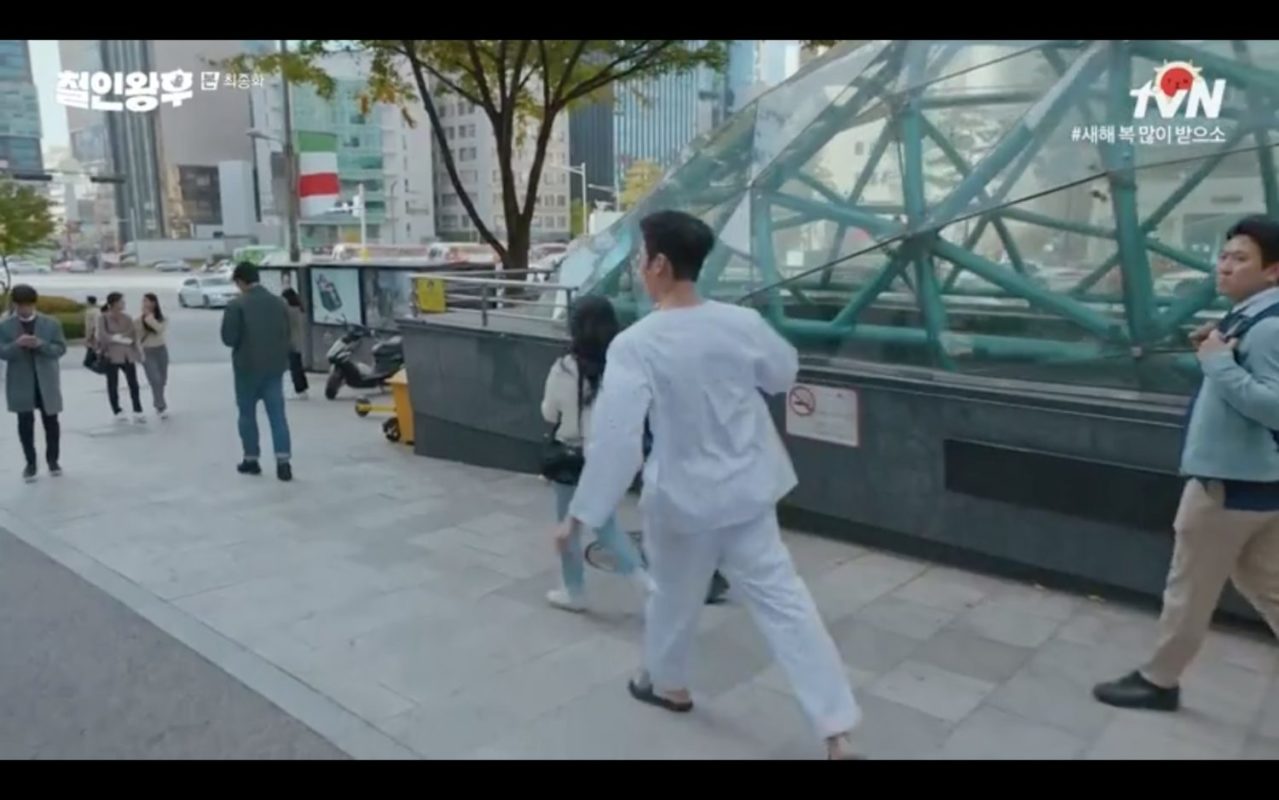 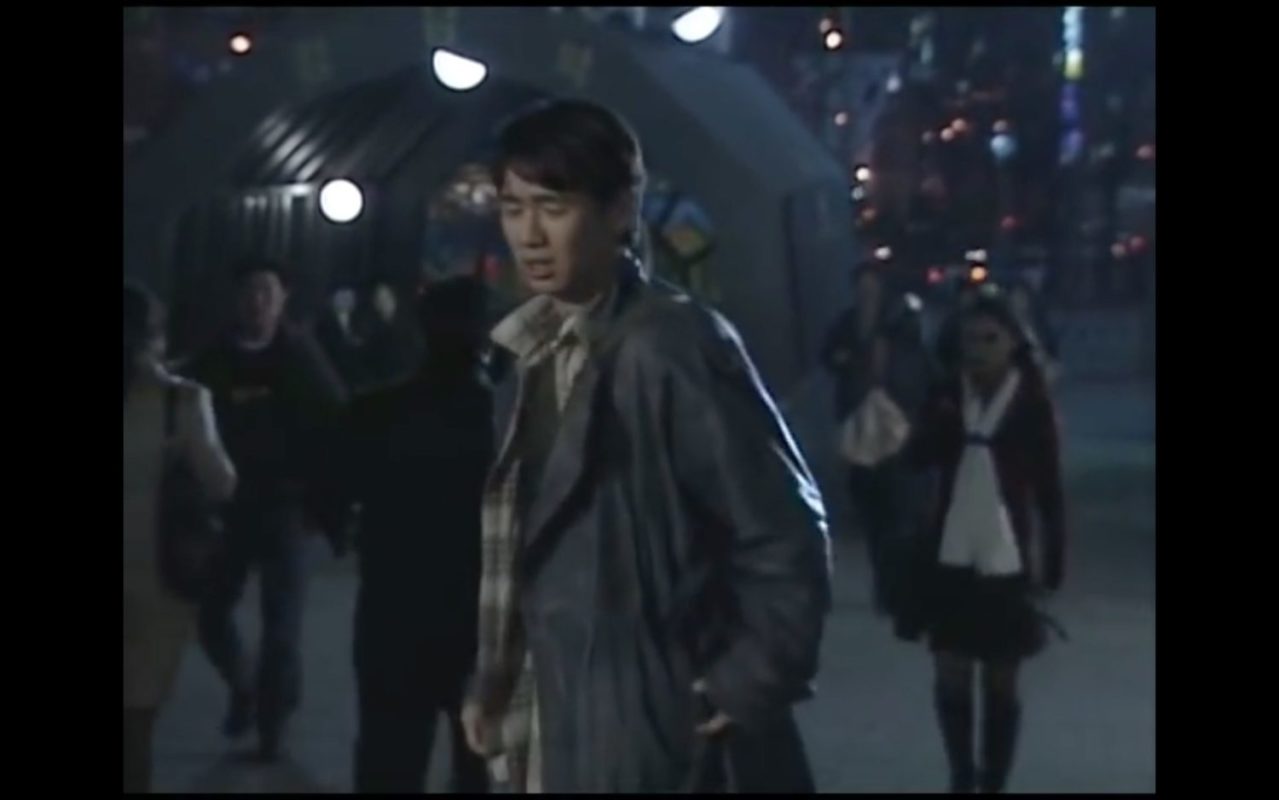 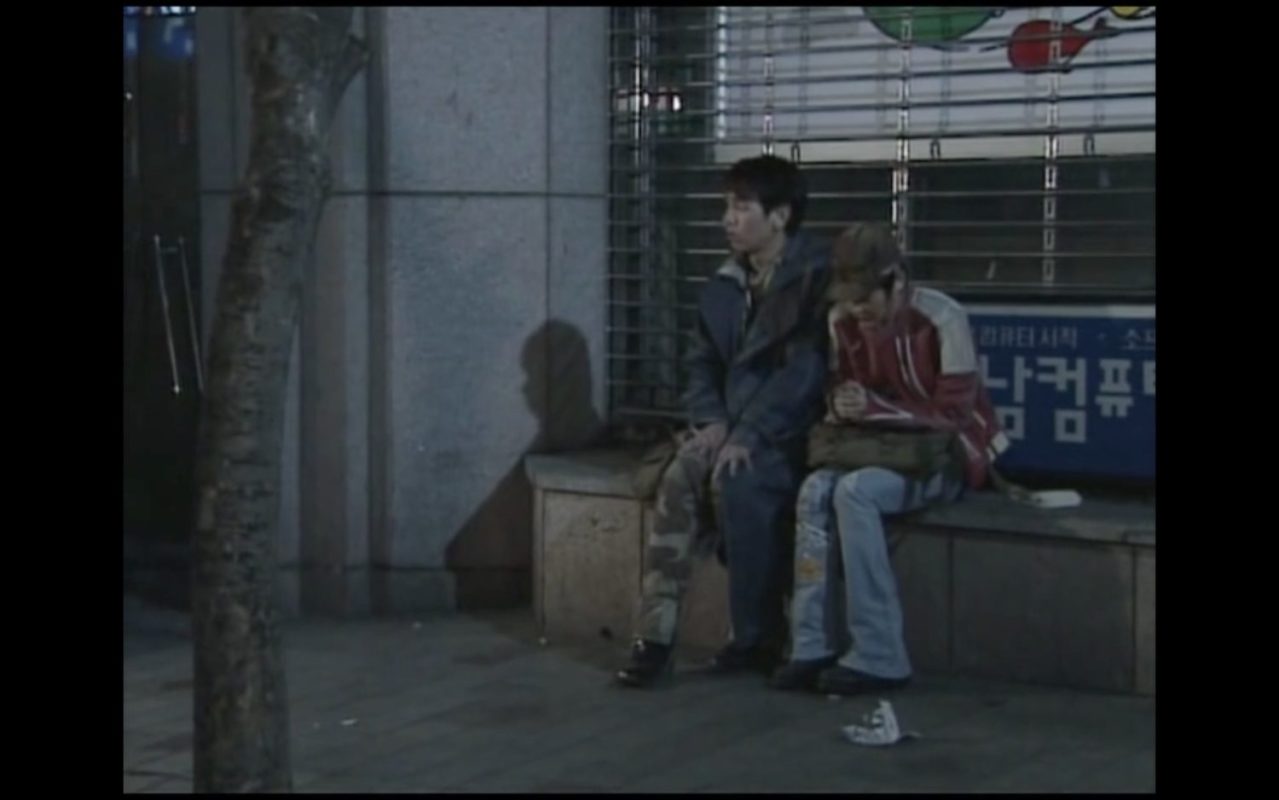 Exit 1 — Jang Bong-hwan (Choi Jin-hyuk) who woke up from vegetative state, escapes the hospital and ends up walking outside Exit 1 of this station in final episode 20 of Mr. Queen/No Touch Princess/Queen Cheor’in (Cheorinwanghu/철인왕후) (tvN, 2020-21).

Exit 10 — Exit 10 of this station is briefly featured in the opening scenes in episode 1 of Touch Your Heart/Reach of Sincerity (진심이 닿다) (tvN, 2019), and a bird’s eye view of the various exits can also be seen in episode 2.

Exit 11 — When cycling past this station’s exit, Do Min-joon (Kim Soo-hyun) sees the billboard featuring Cheon Song-yi (Jun Ji-hyun) being taken down in episode 5 of My Love from Another Star/My Love From The Star/You Who Came From the Stars (별에서 온 그대) (SBS, 2013-14).

Gangnam Station [강남역], opened on December 23 1982, is a subway station on Seoul Subway Line 2 and the Shinbundang Line (opened October 28 2011). It carries the subway station number 222.

The station is located in Seoul’s neighborhood Yeoksam [Yeoksam-dong/역삼동] in the Gangnam District [Gangnam-gu/강남역] — one of the key gateways to the city’s entertainment and commercial district.