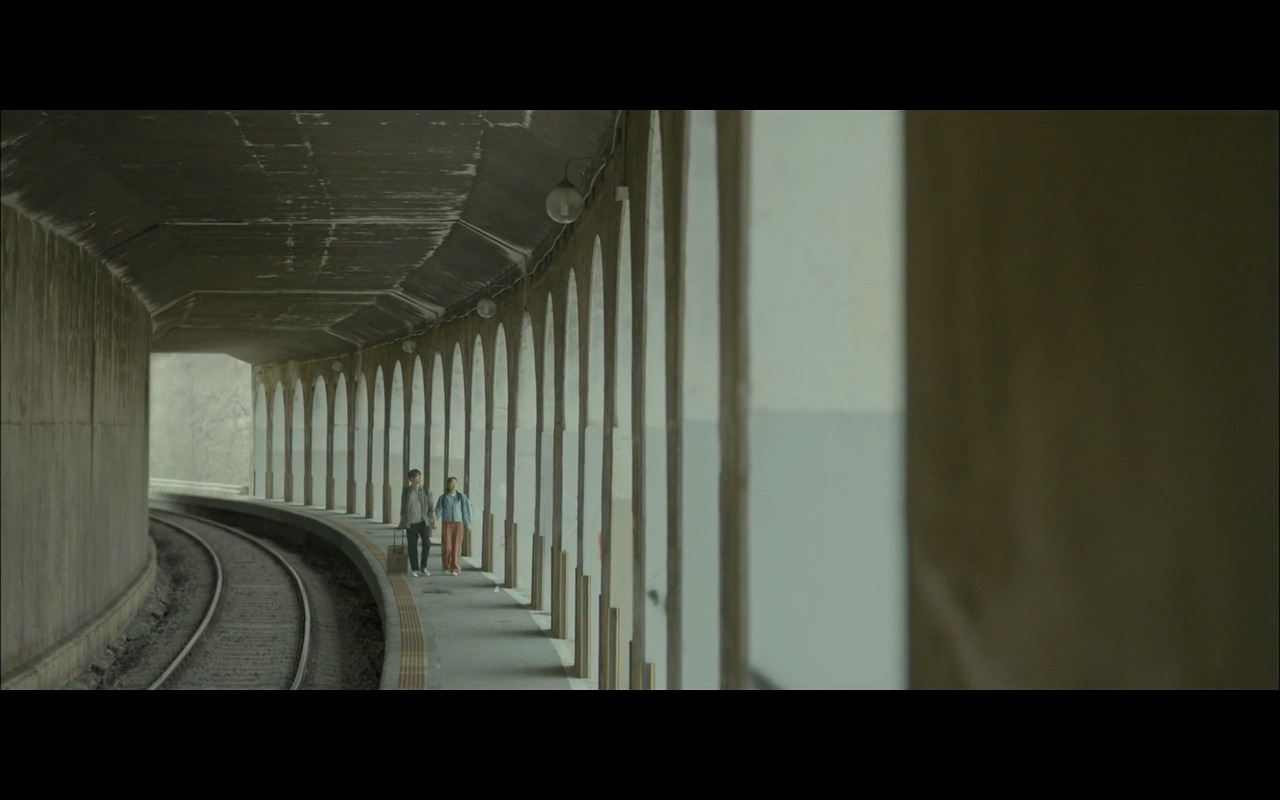 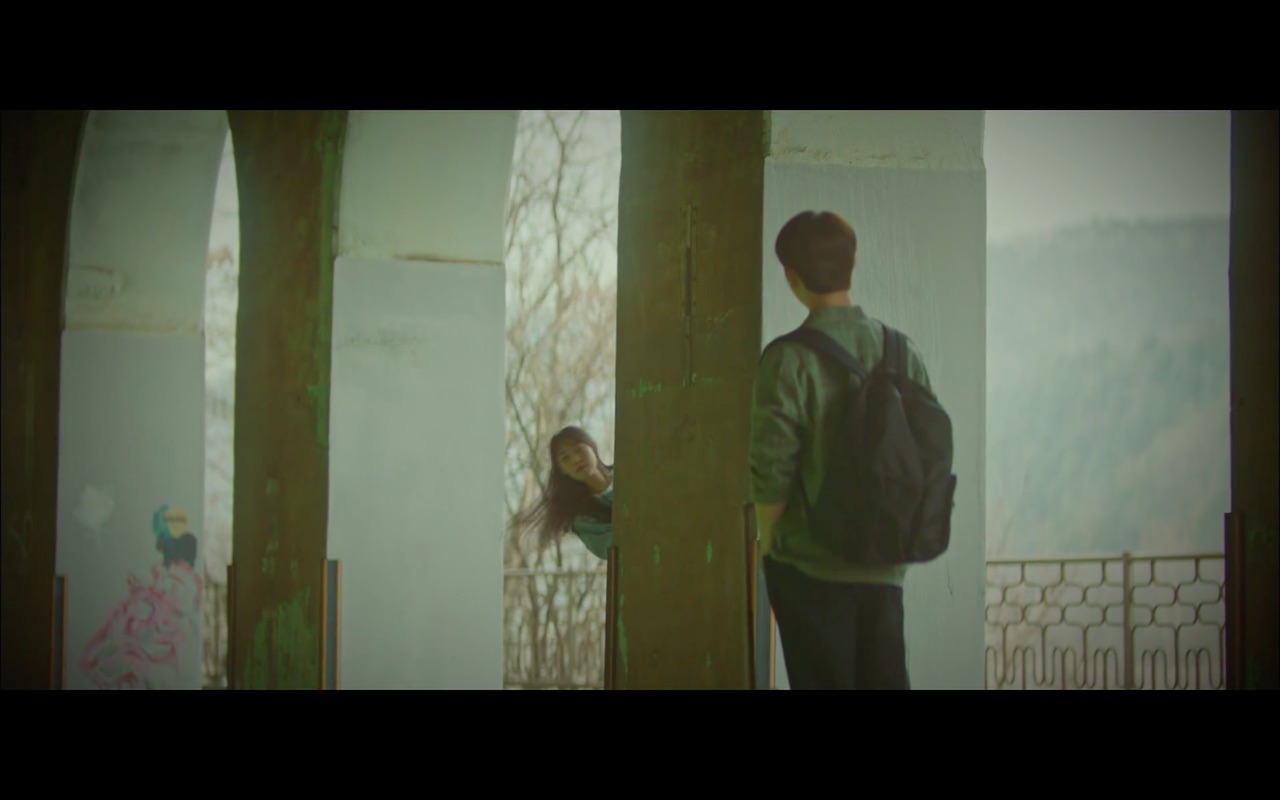 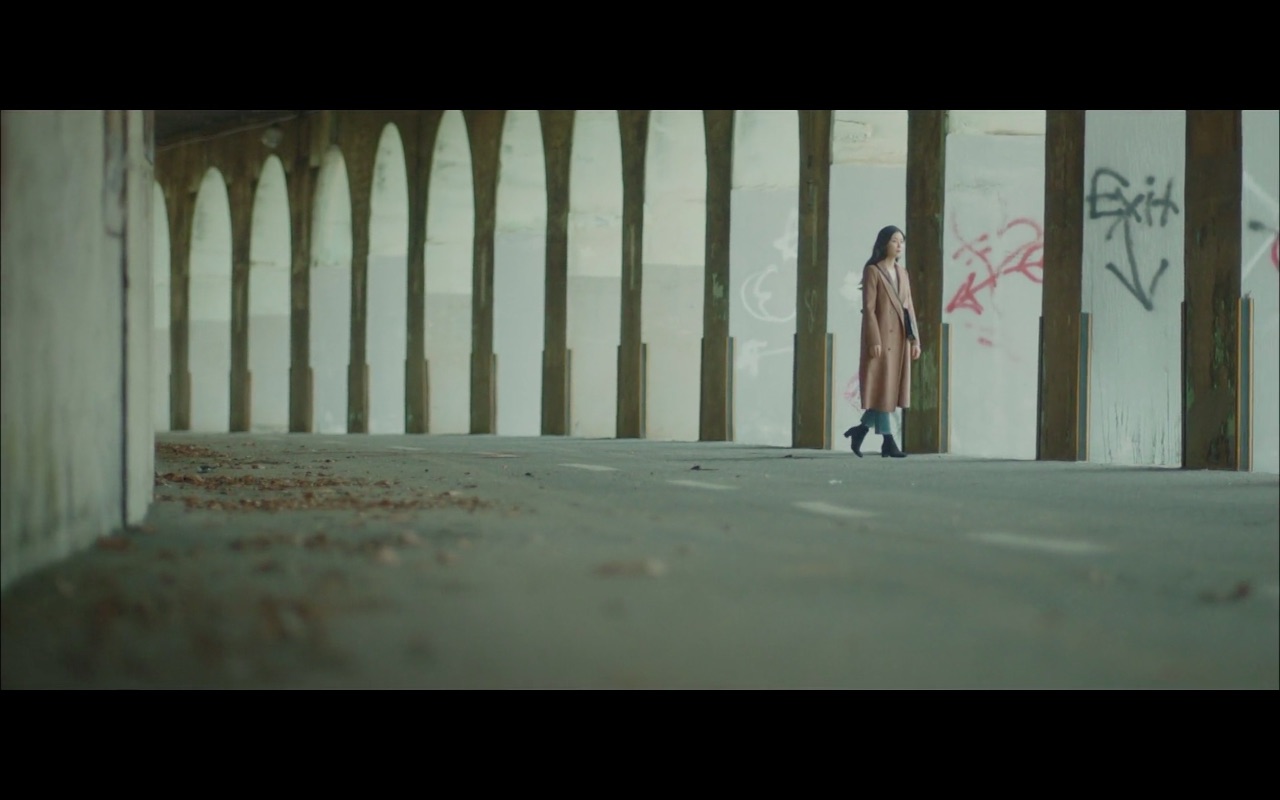 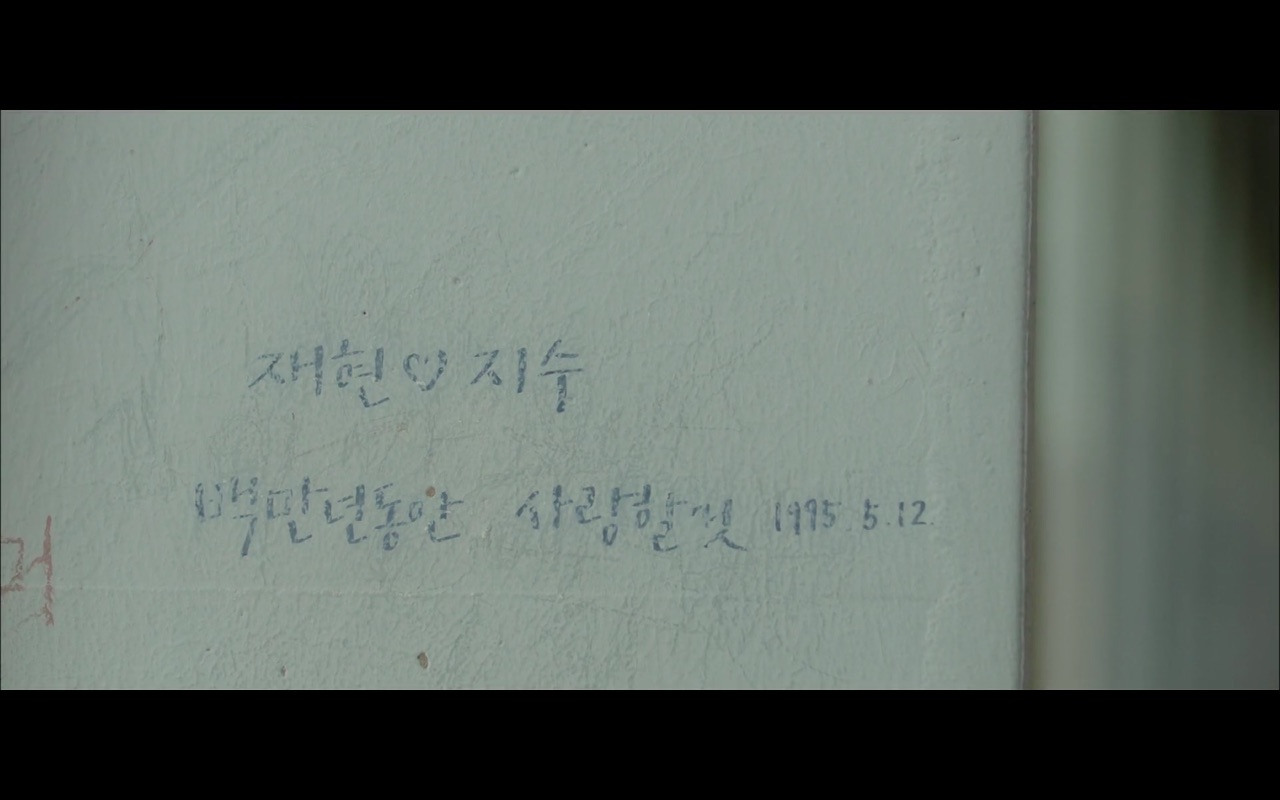 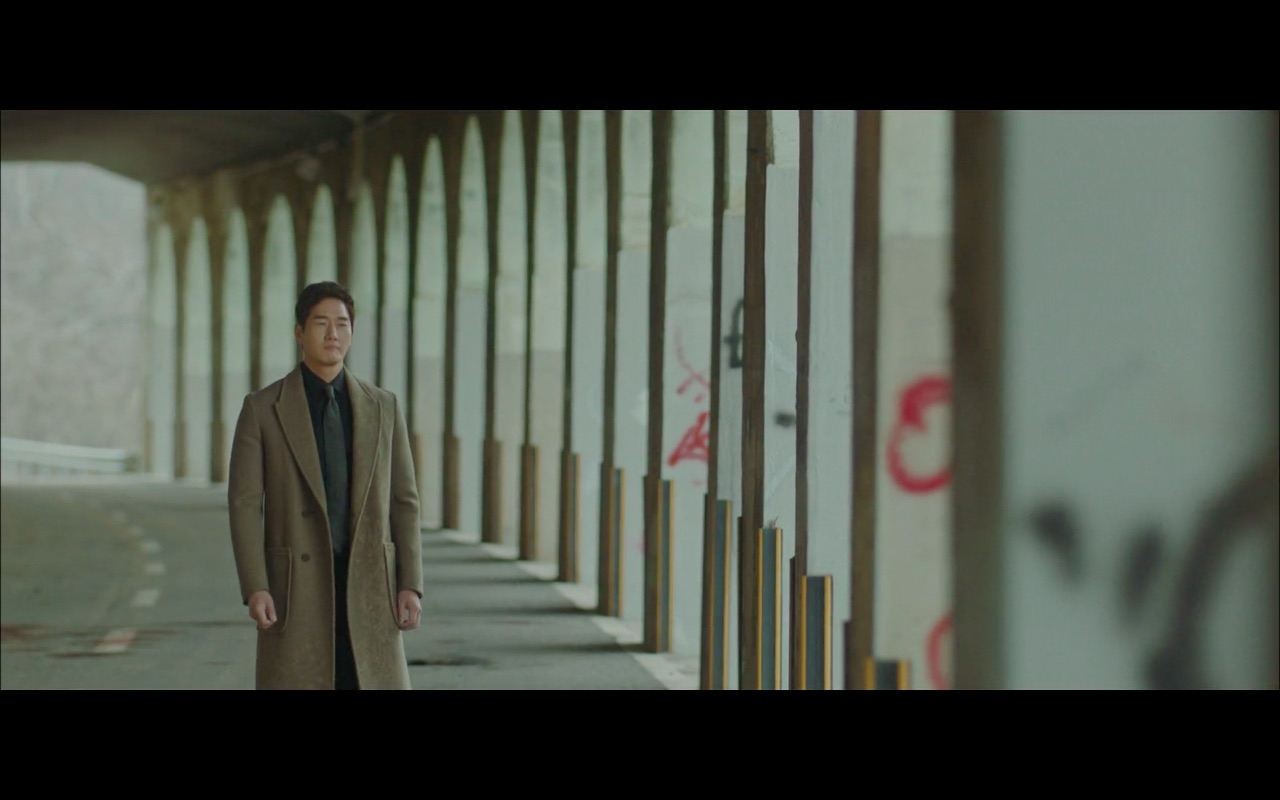 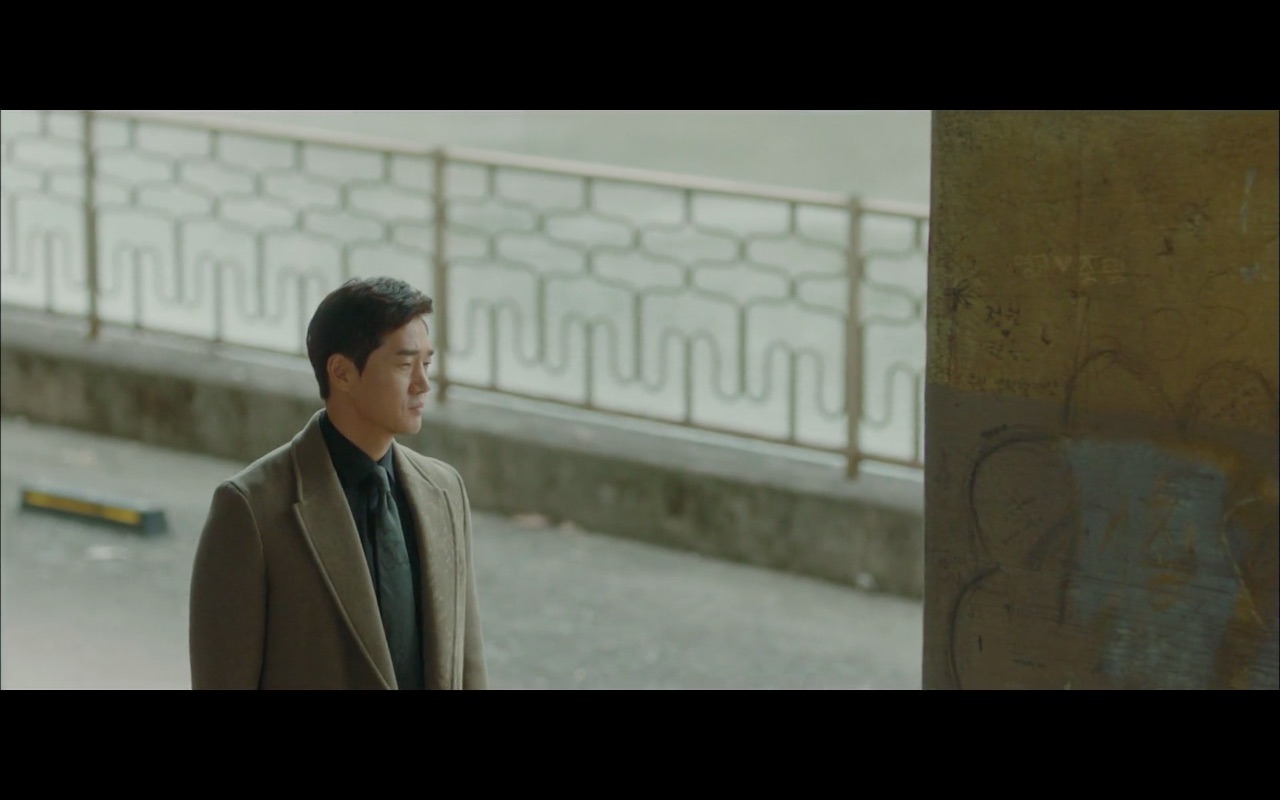 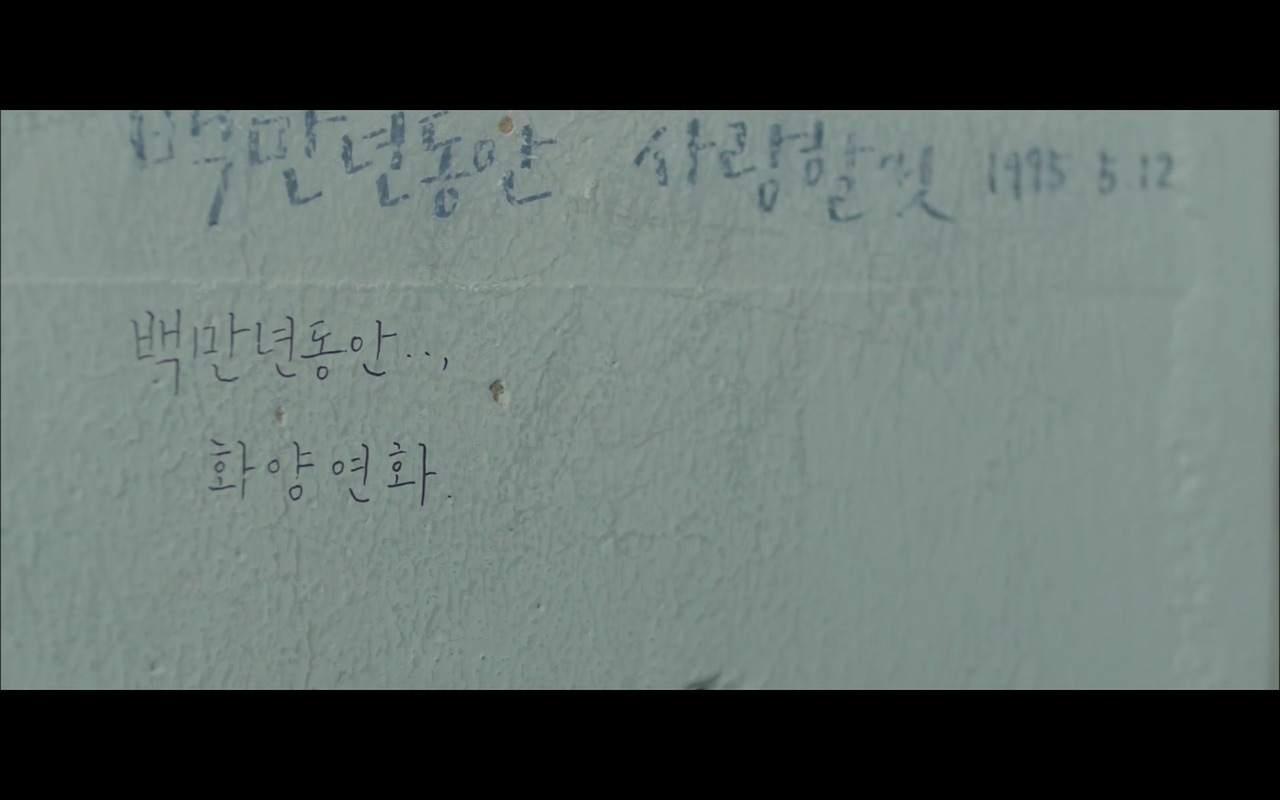 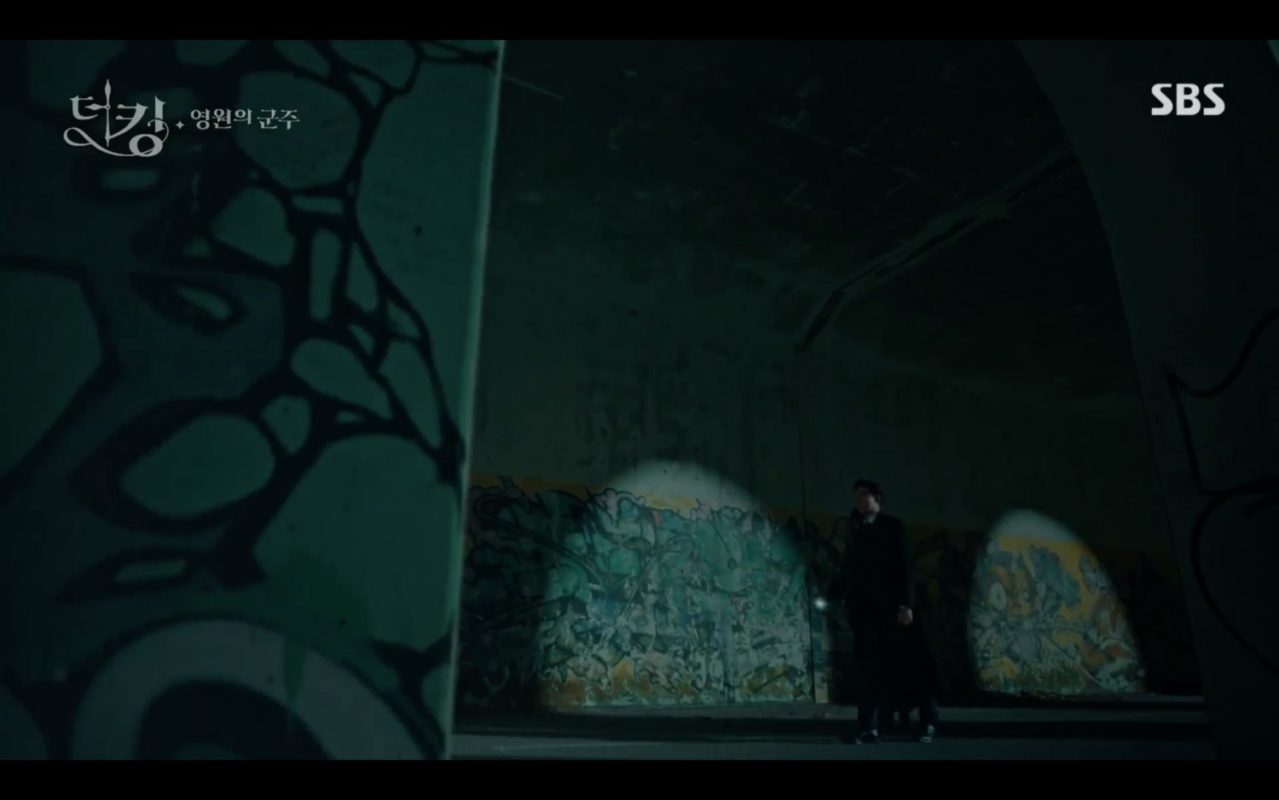 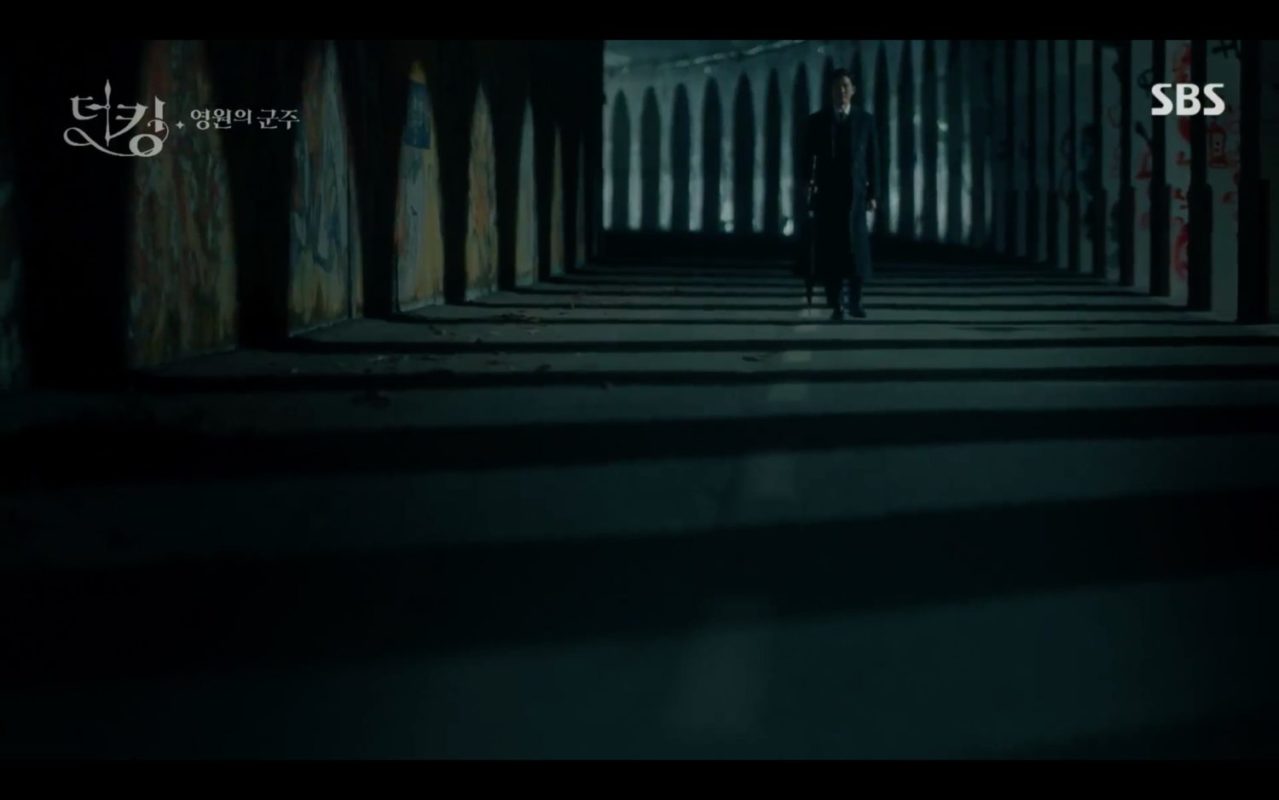 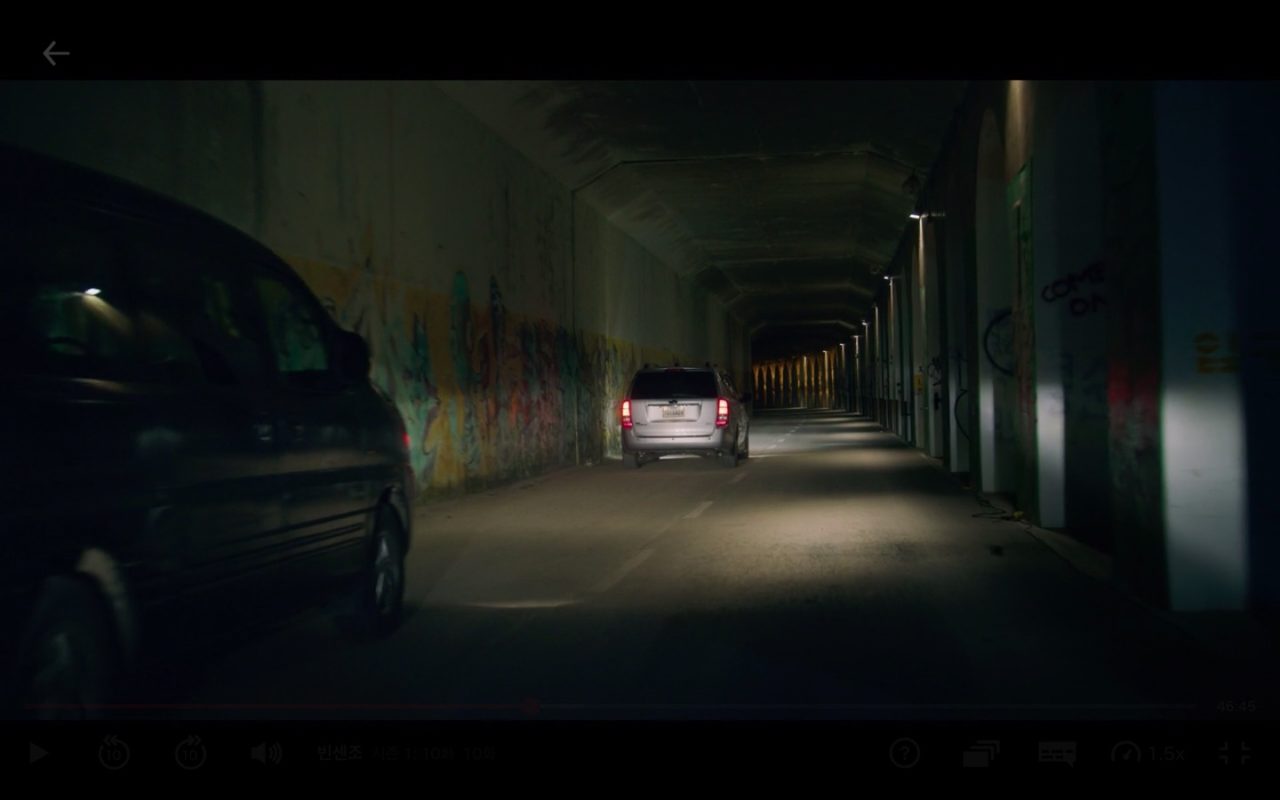 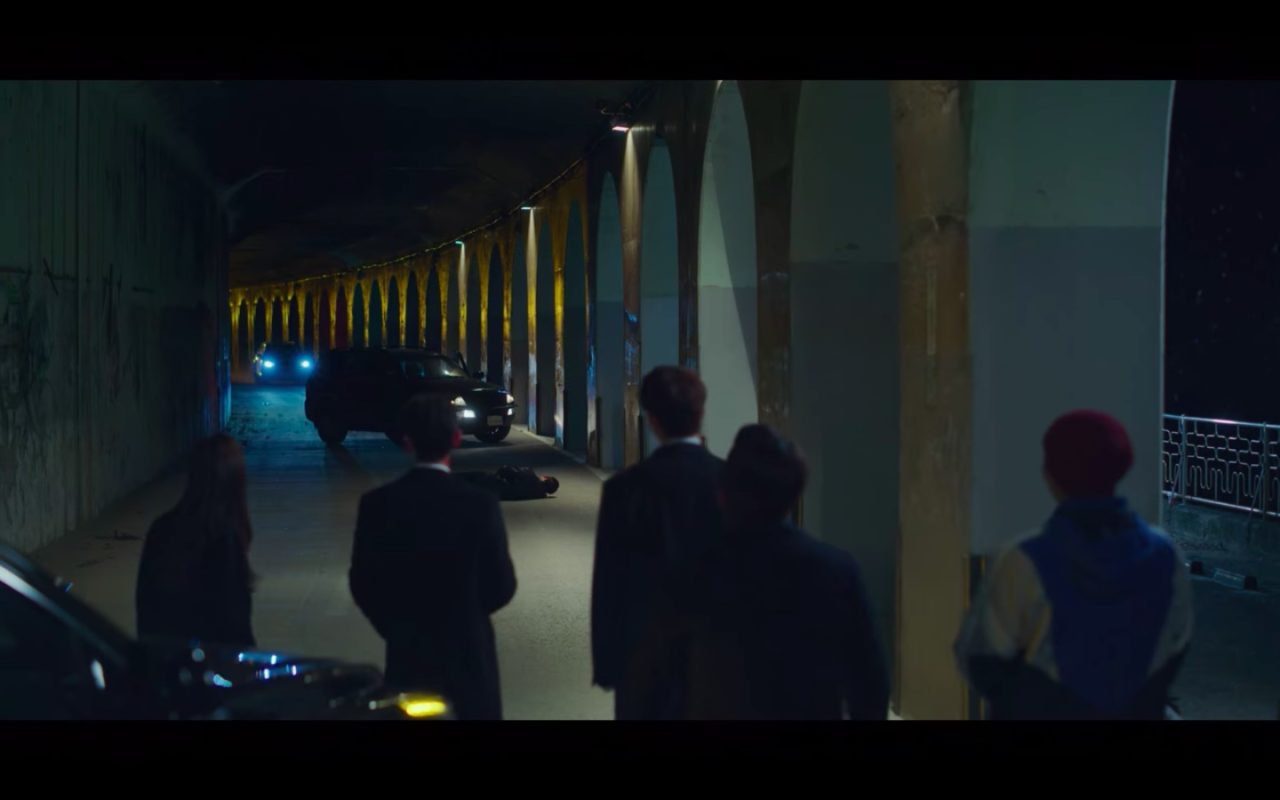 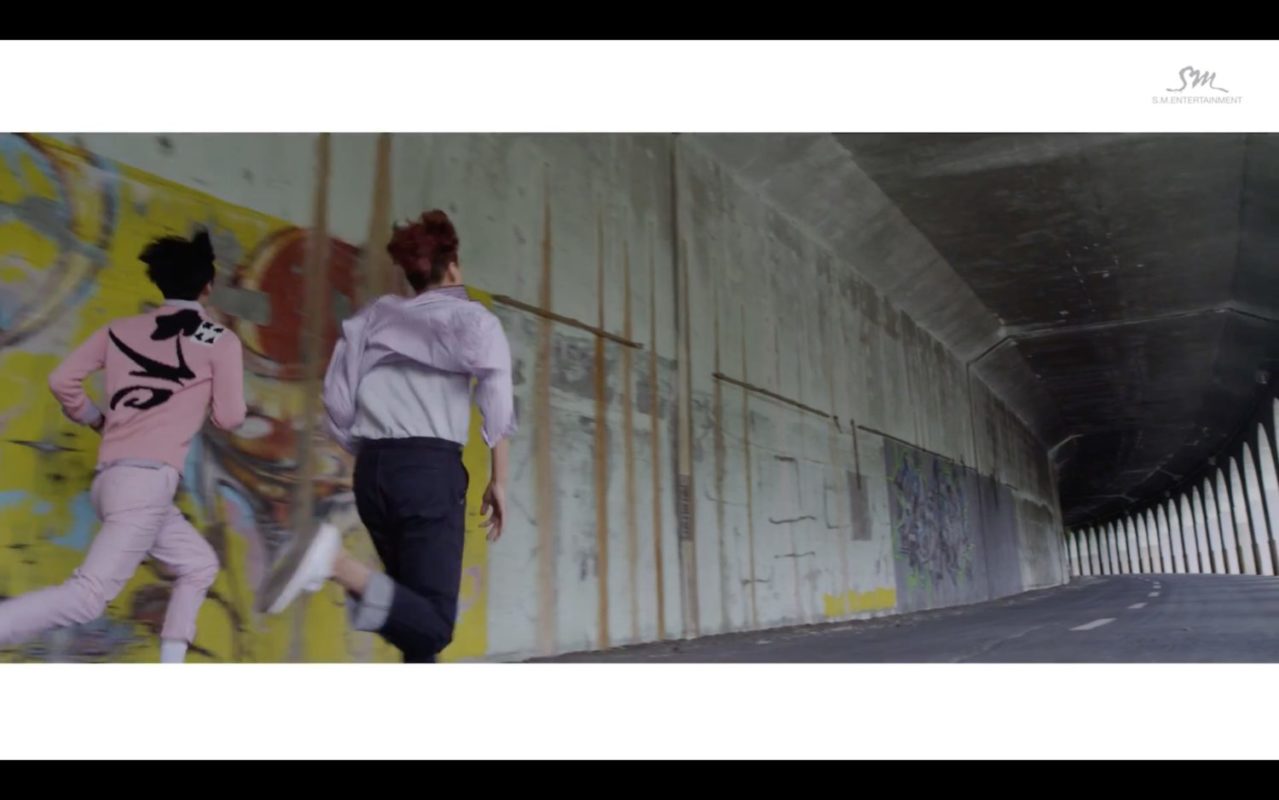 The car of Babel Pharm victims’ family members are seen being chased in this tunnel (which is said to be ‘Yangdong Underpass’) in episode 10 of Vincenzo (빈센조) (tvN/Netflix, 2021). Later in the episode, Vincenzo Cassano (Song Joong-ki) himself comes to face the same hitmen & woman who took the four peoples’ lives.

A attack takes place in this tunnel on the military forces in episode 9 of Sweet Home (Seuwiteuhom/스위트홈) (Netflix/Production Plan, 2020-21)

Han Jae-hyun (Jin-young of GOT7) and Yoon Ji-soo (Jeon So-nee) walk along this tunnel in episode 7 of When My Love Blooms/The Most Beautiful Moment in Life (화양연화 – 삶이 꽃이 되는 순간) (tvN, 2020), and Ji-soo stops to write a message on one of the pillars. In the present day, both Jae-hyun (Yoo Ji-tae) and Ji-soo (Lee Bo-young) come separately to see the message.

Gangchon Rail Park [강촌레일파크] is a tourist attraction located in the village of Gangchon [Gangchon-ri/강촌리] in Chuncheon’s Namsan Township [Namsan-myeon/남산면], where visitors can go on a ‘rail bike’ along a decommissioned railway course that once functioned as the Gyeongchun Line. Along with the main Gimyujong (김유종) course, there are also the Gyeong-gang and Gapyeong courses in Gyeonggi Province.

The old Gangchon Station [구 강촌역 (폐역)], built in 1939, was in service till 2010 when the new Gangchon Station started operations about a kilometer away. It became part of the Rail Park in 2012, and the rail tracks in the tunnel were paved for walking. It was said that the area around the old station was known as a representative vacation spot for young people and a MT area for university students in the 1970s, owing to its beautiful scenery along the Bukhangang River and private lodging facilities in the vicinity.