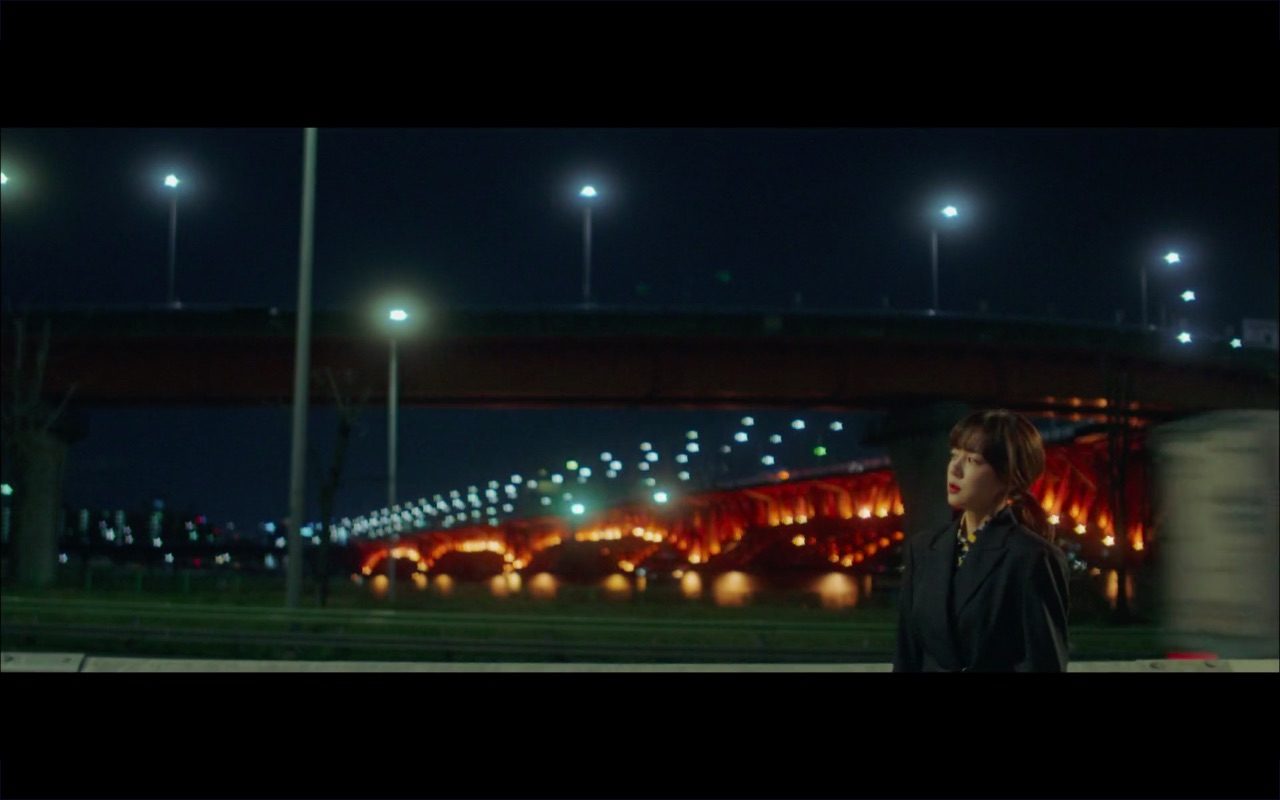 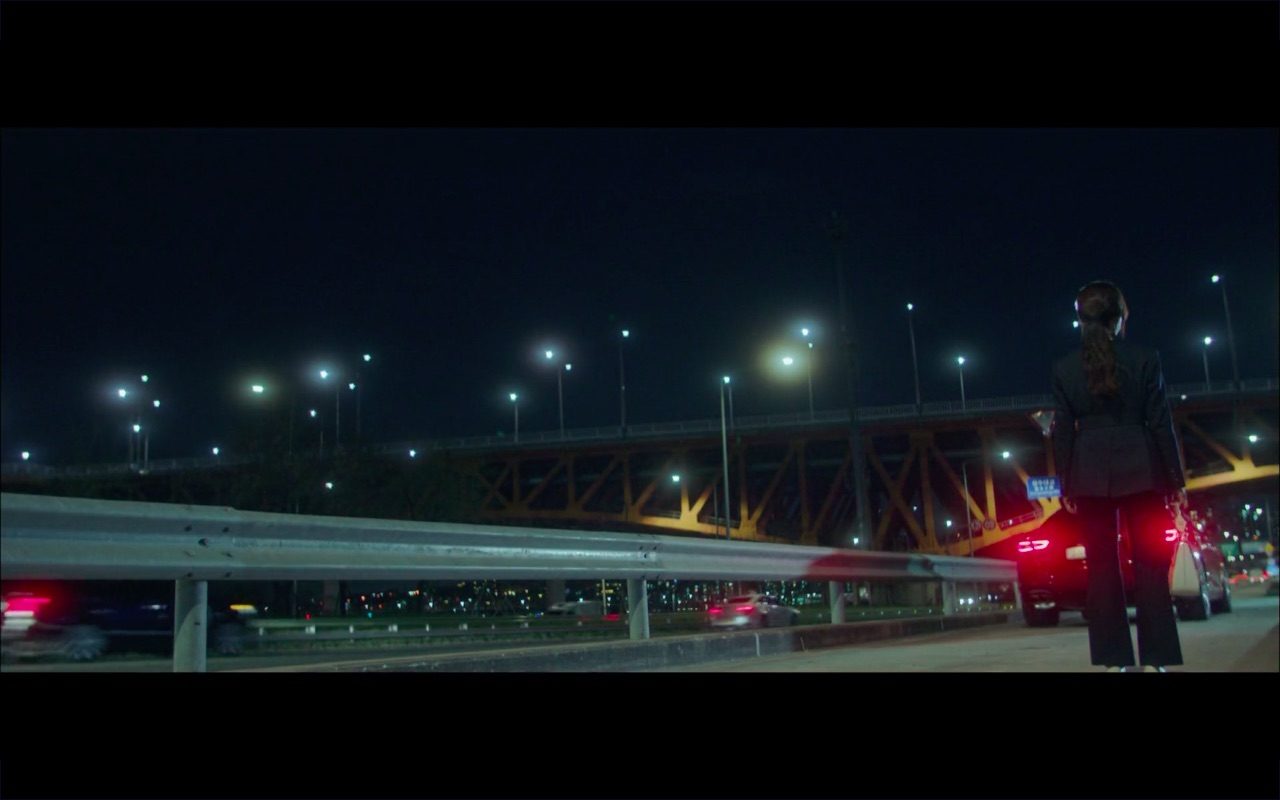 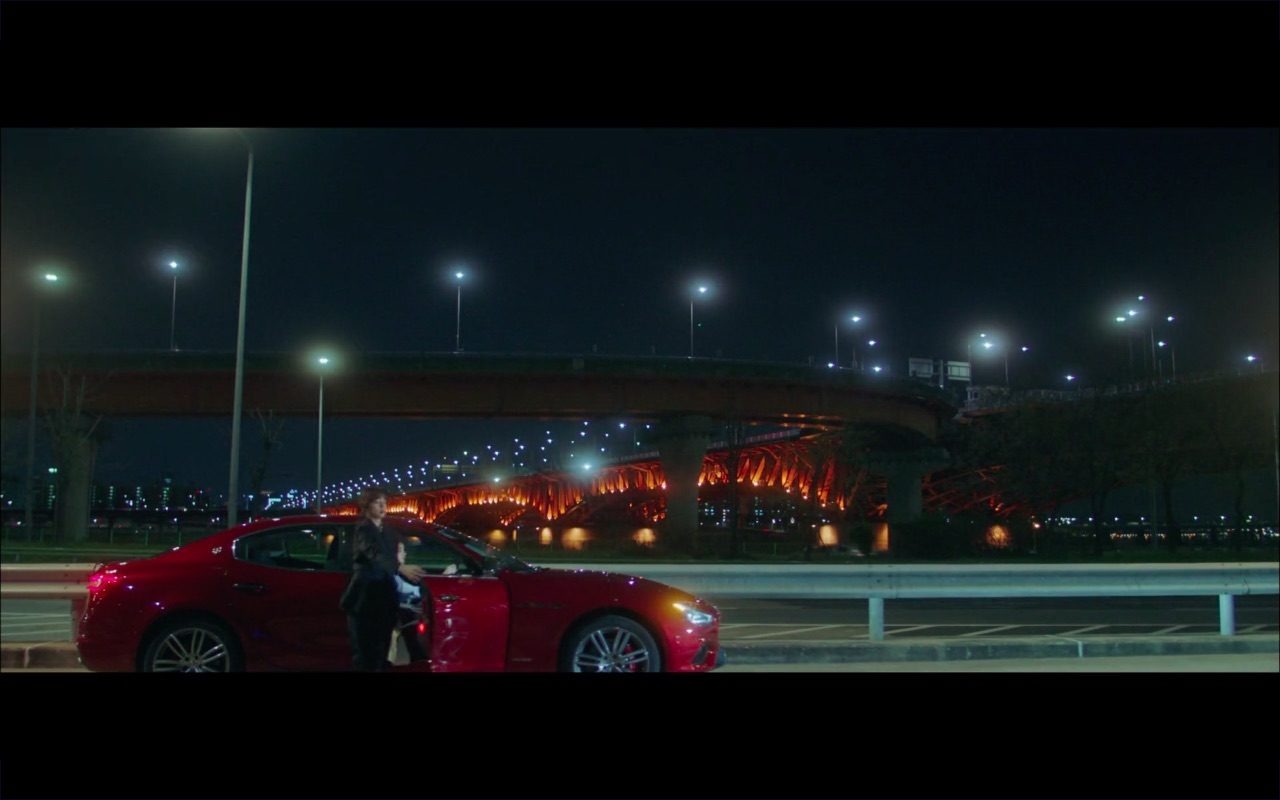 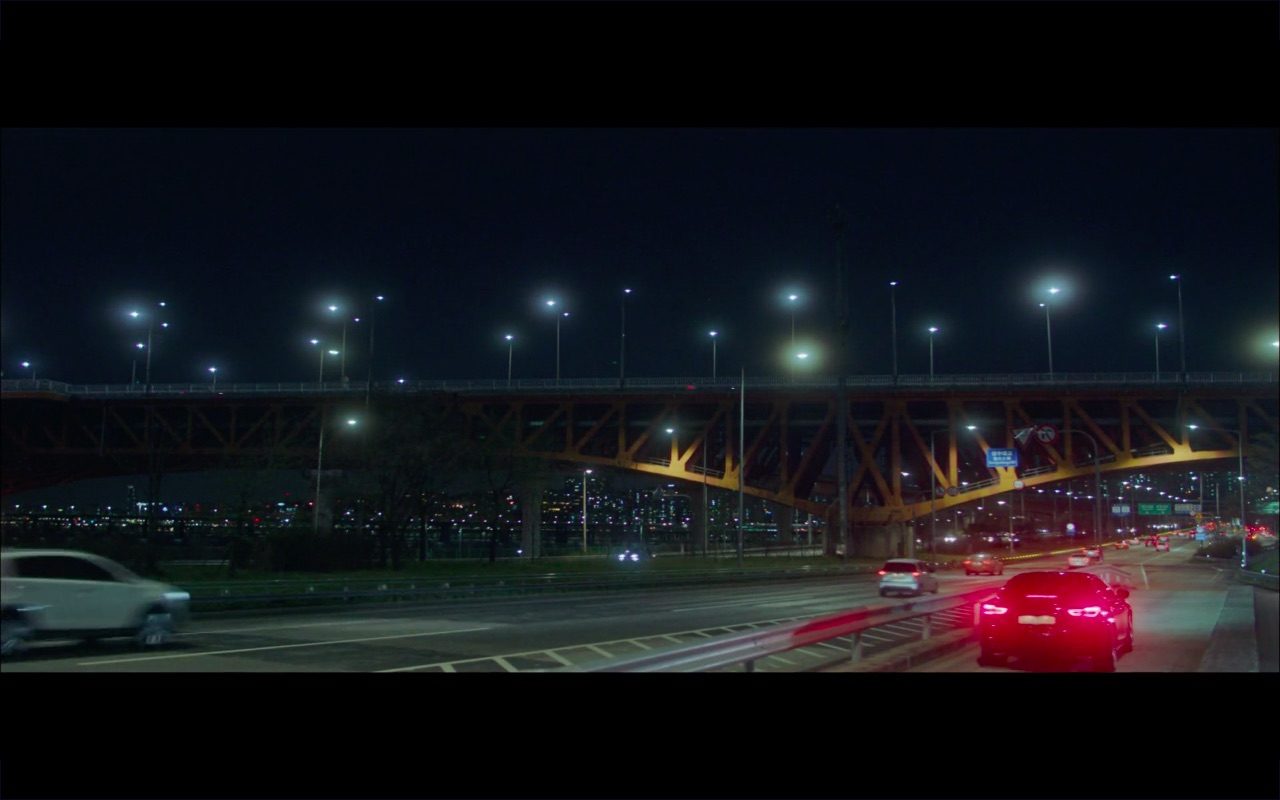 After leaving the assembly hearing in Cha Hyun’s (Lee Da-hee) car, Bae Ta-mi (Im Soo-jung) asks to be dropped off just in front of Seongsu Bridge [성수대교] — despite it being on this highway — in episode 1 of Search: WWW/Type in Search Word: WWW (검색어를 입력하세요: WWW) (tvN, 2019).