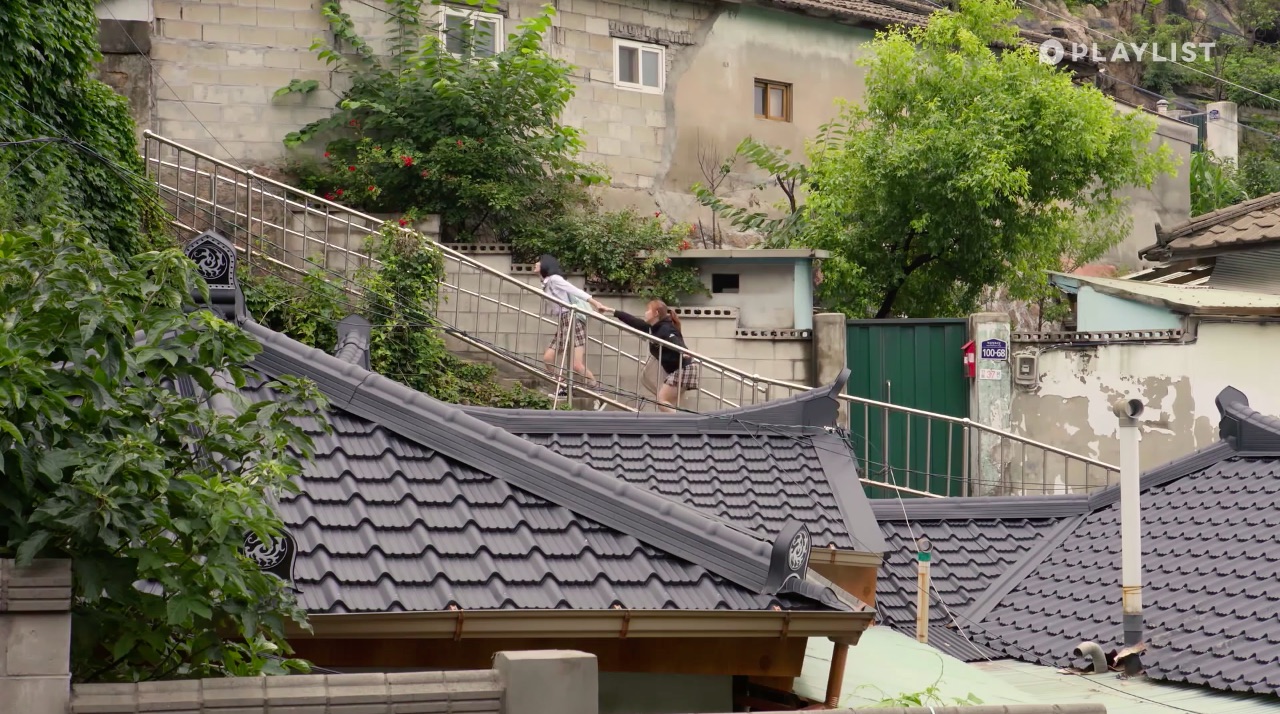 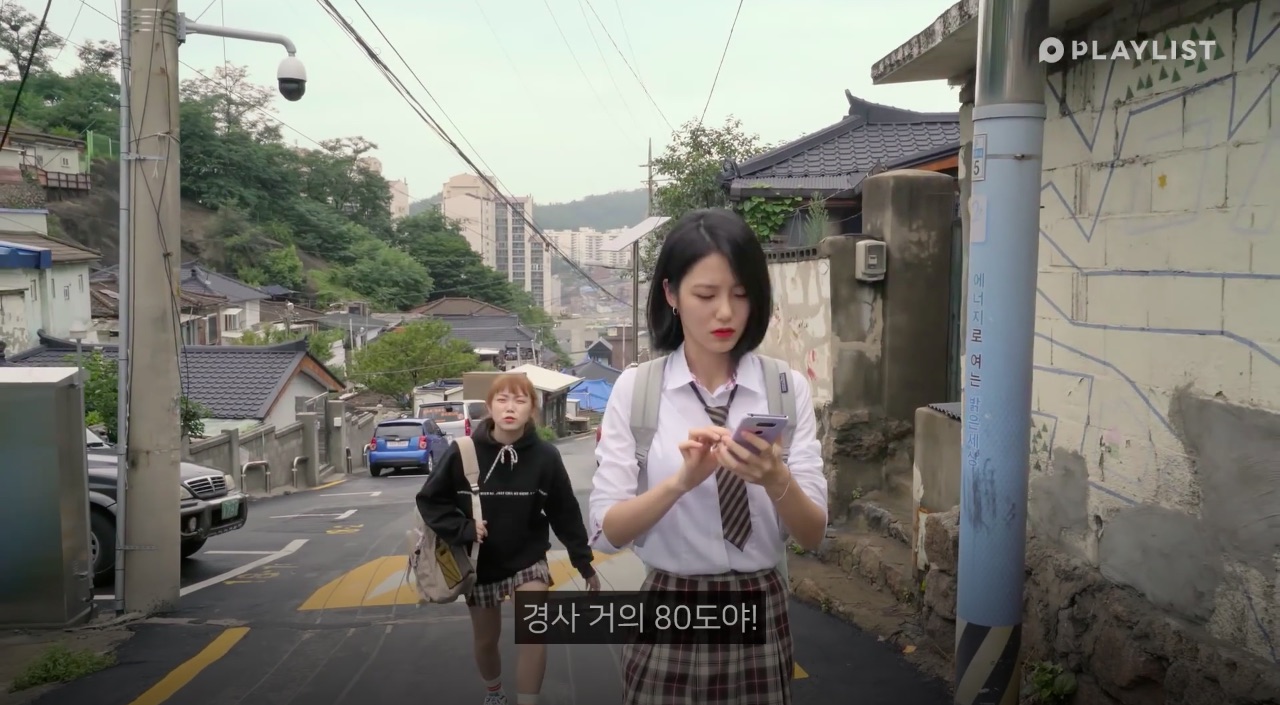 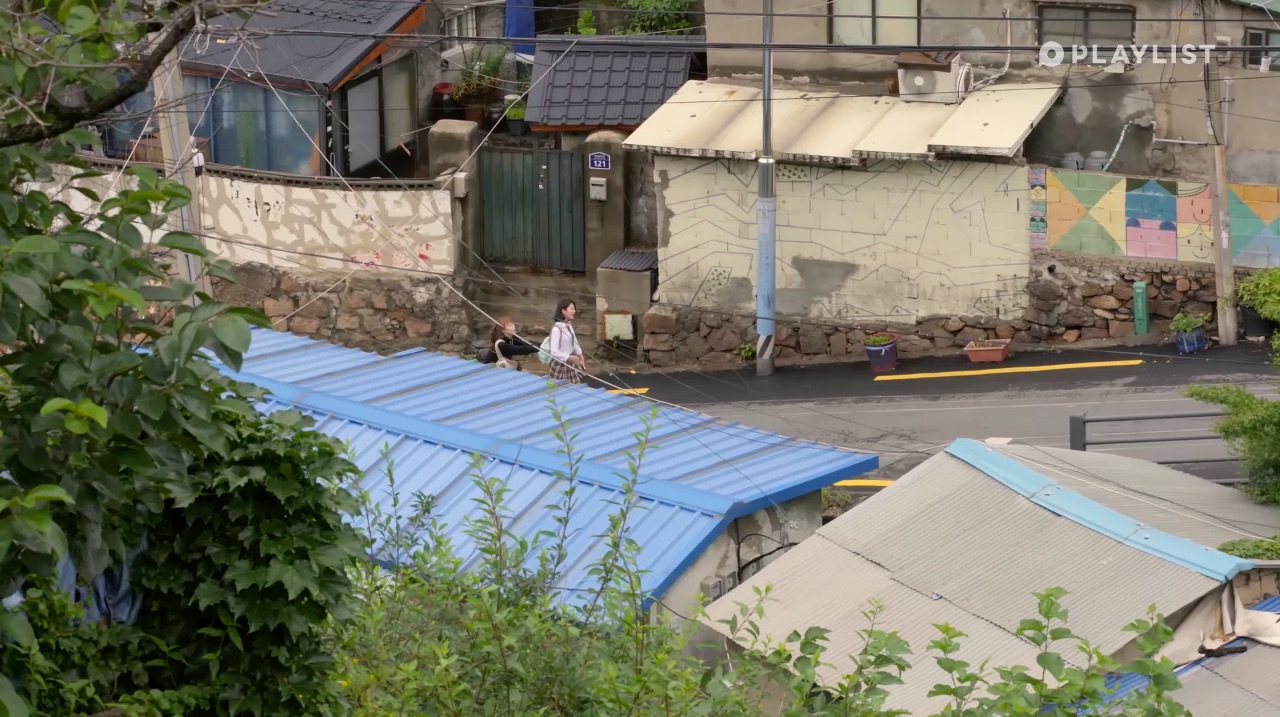 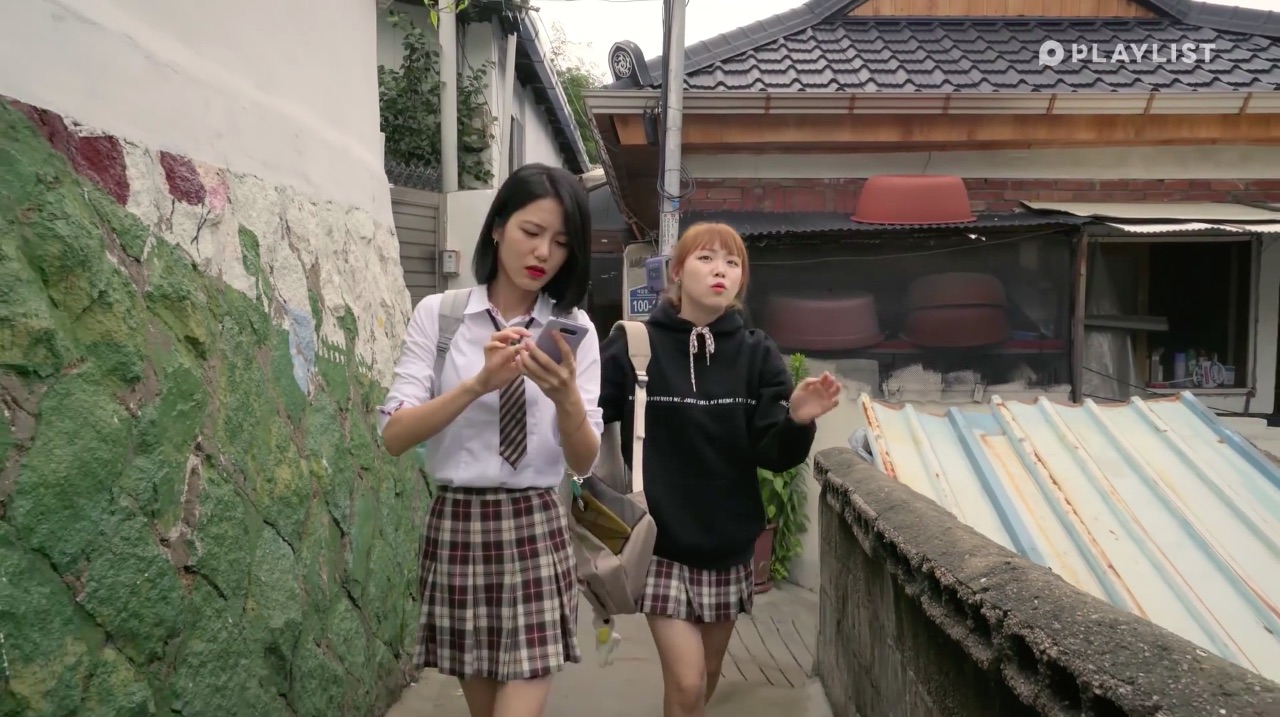 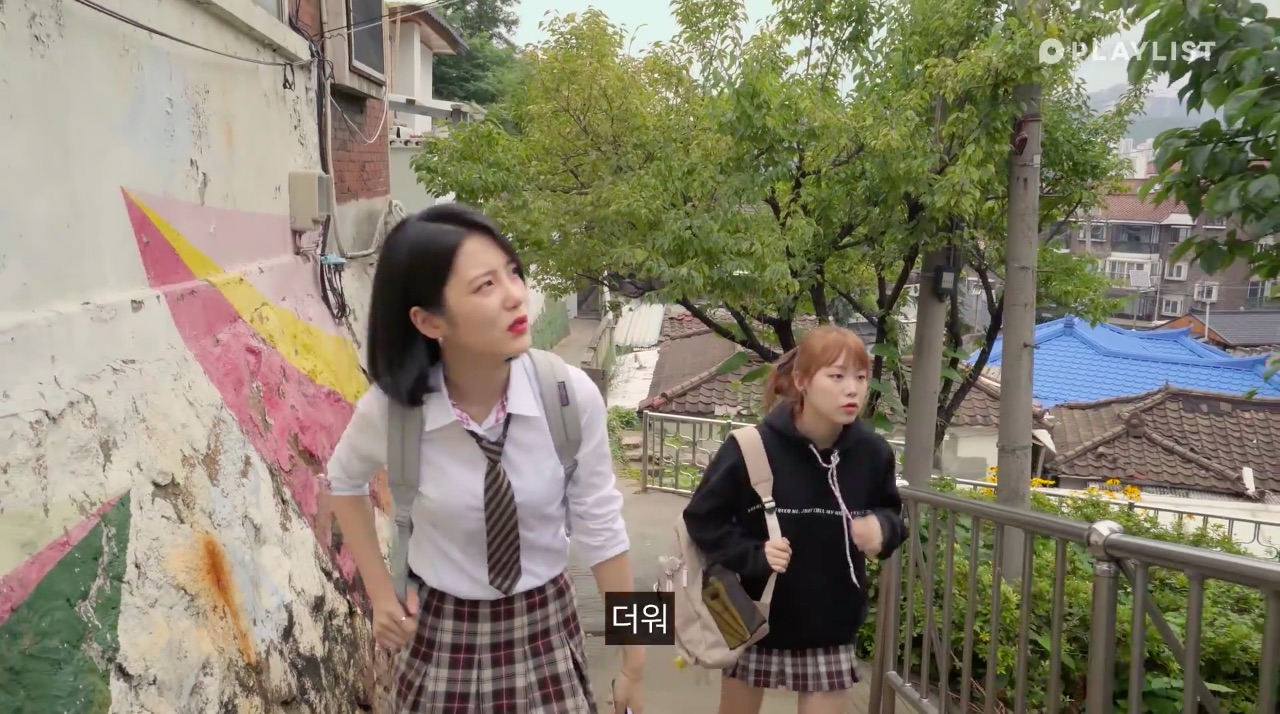 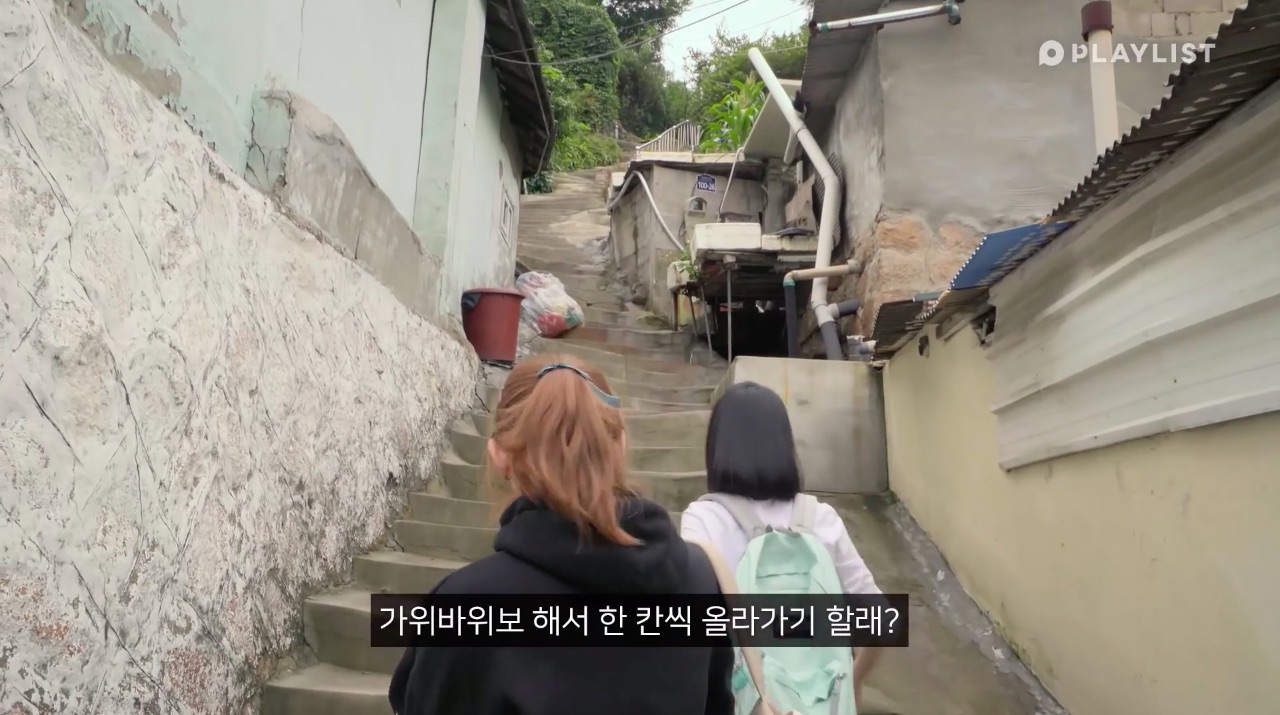 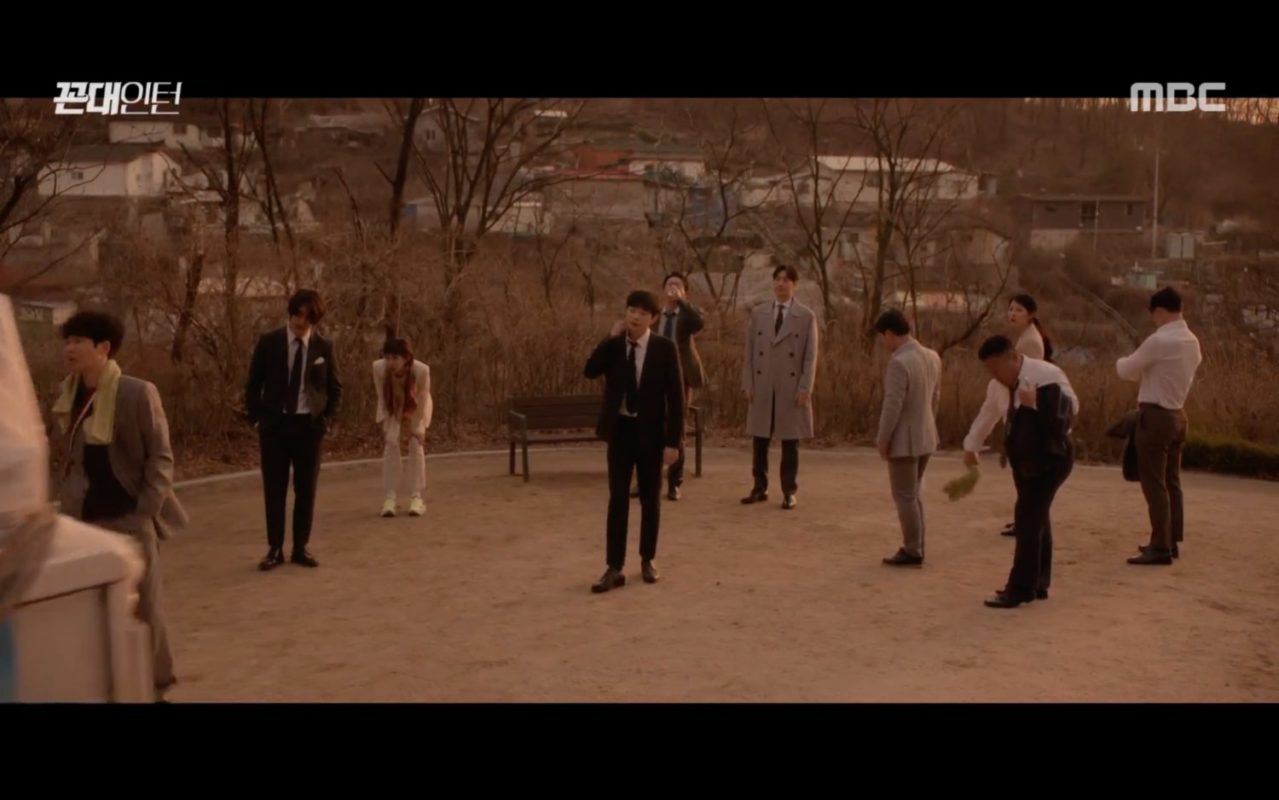 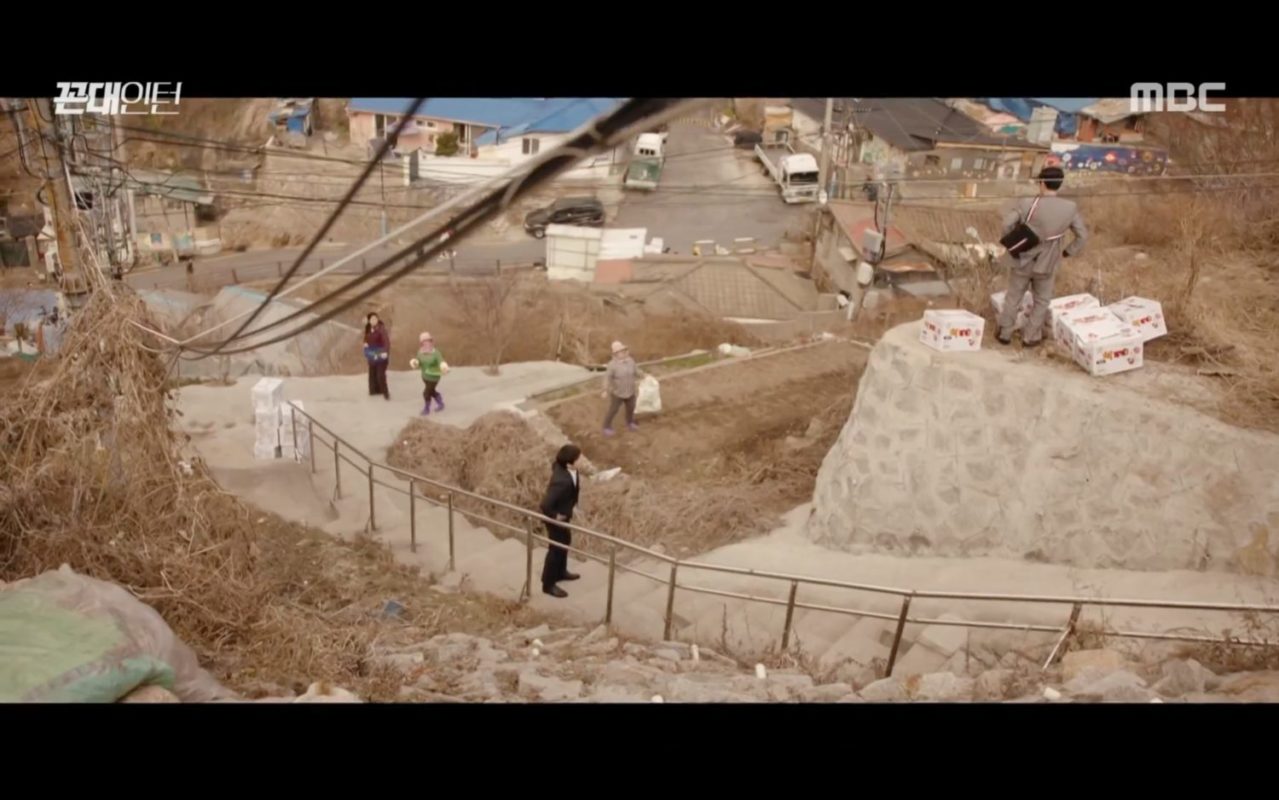 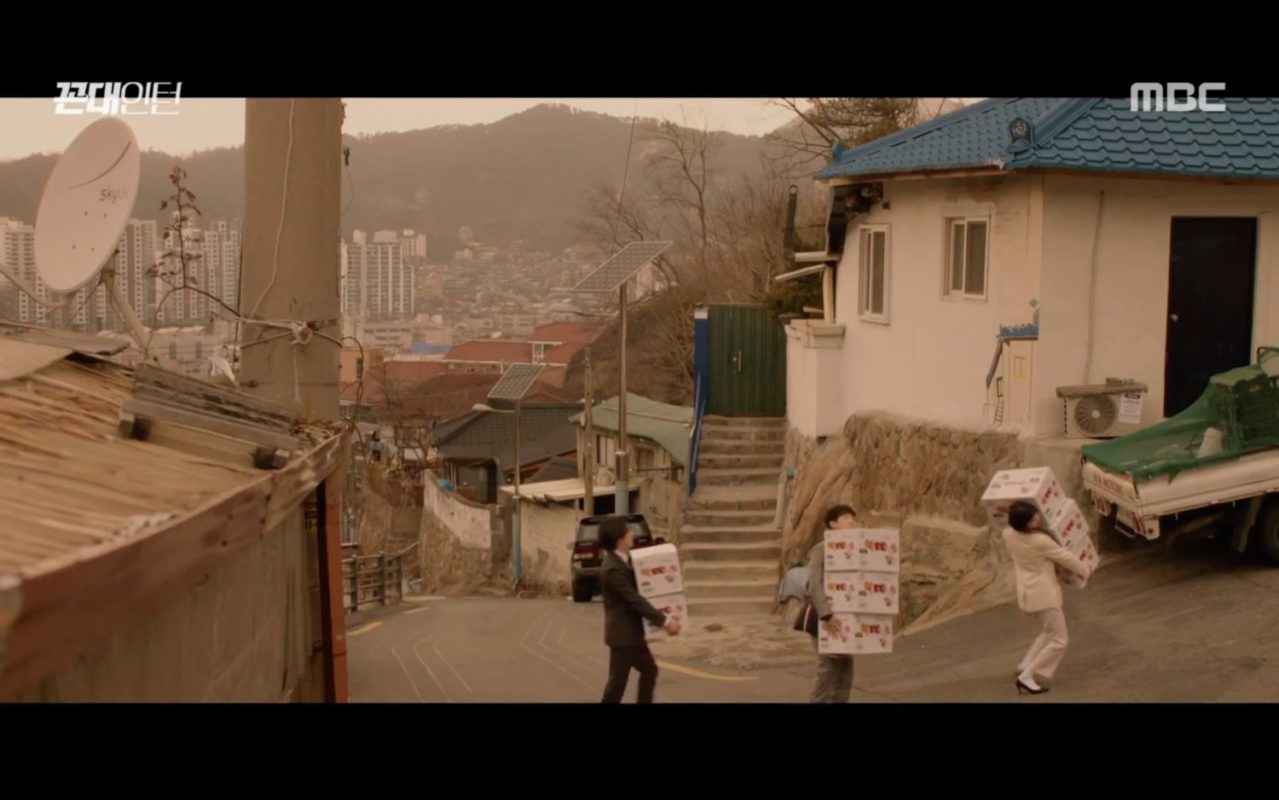 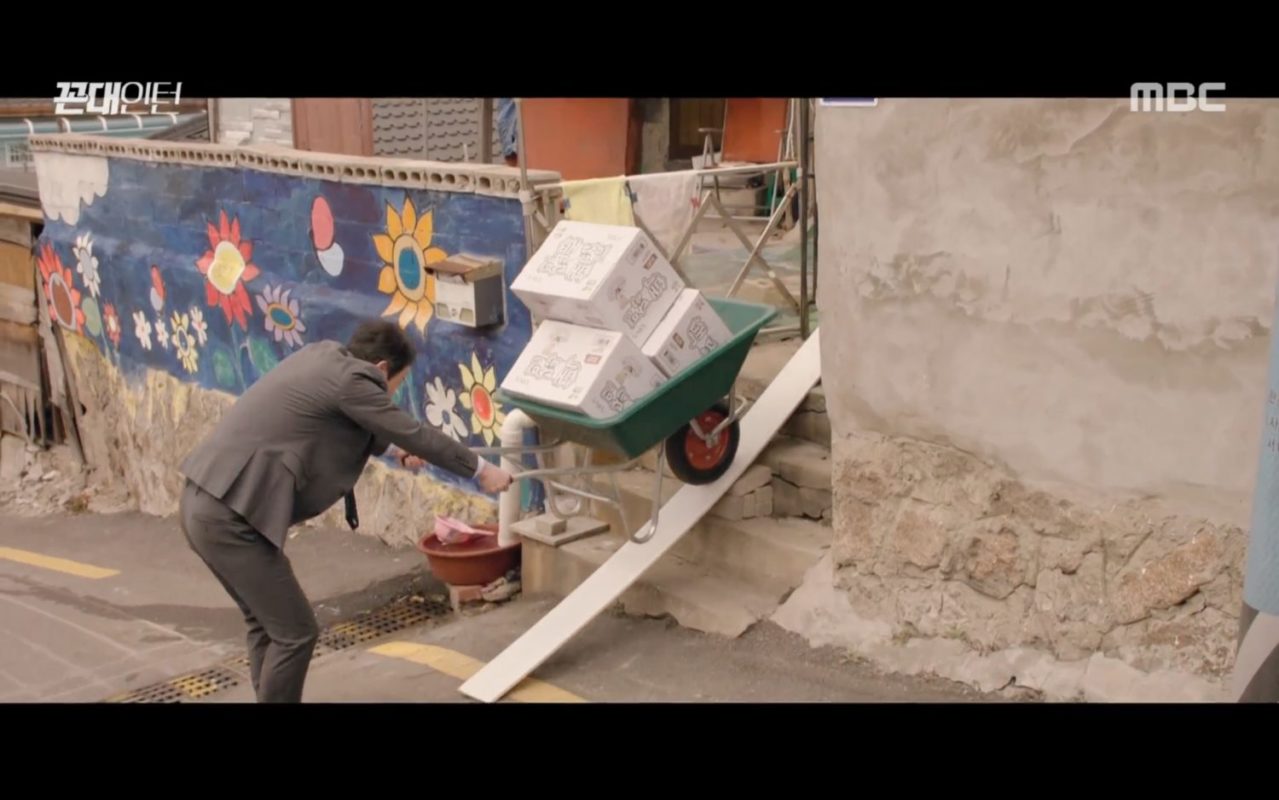 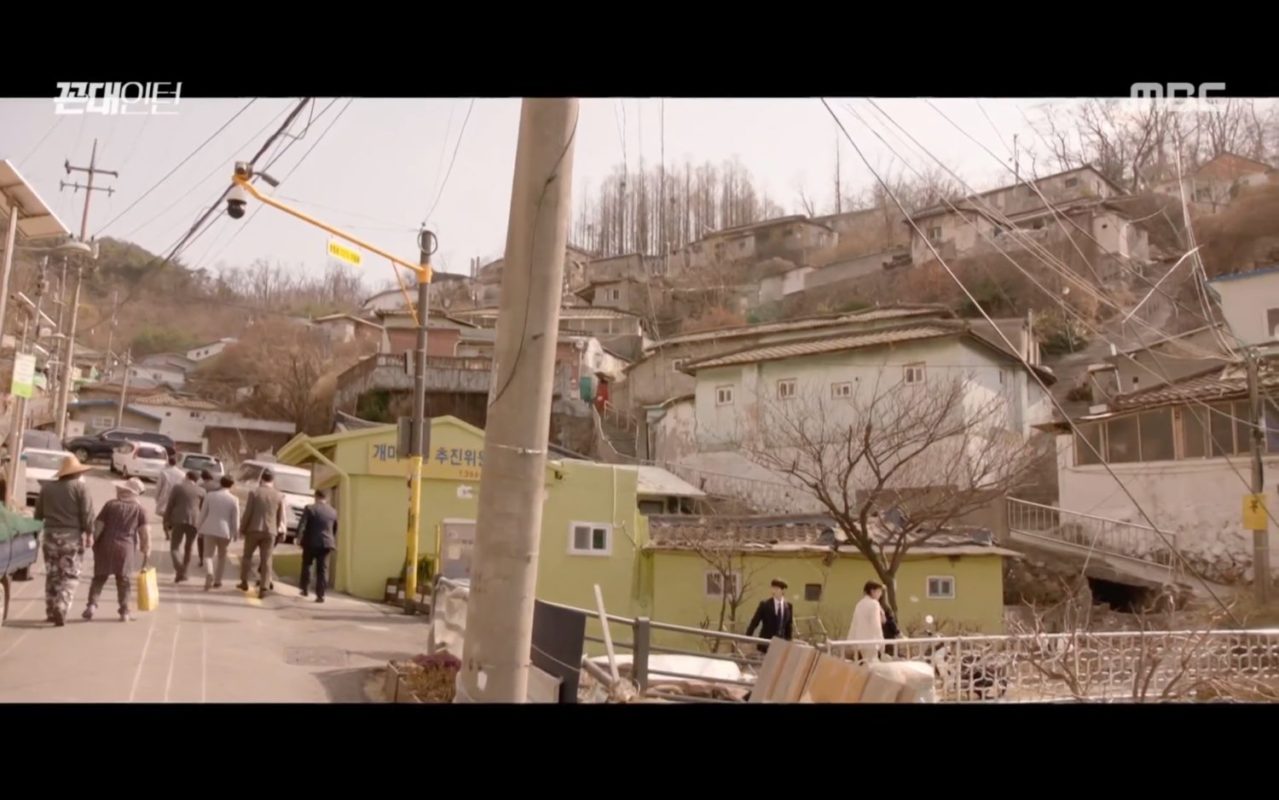 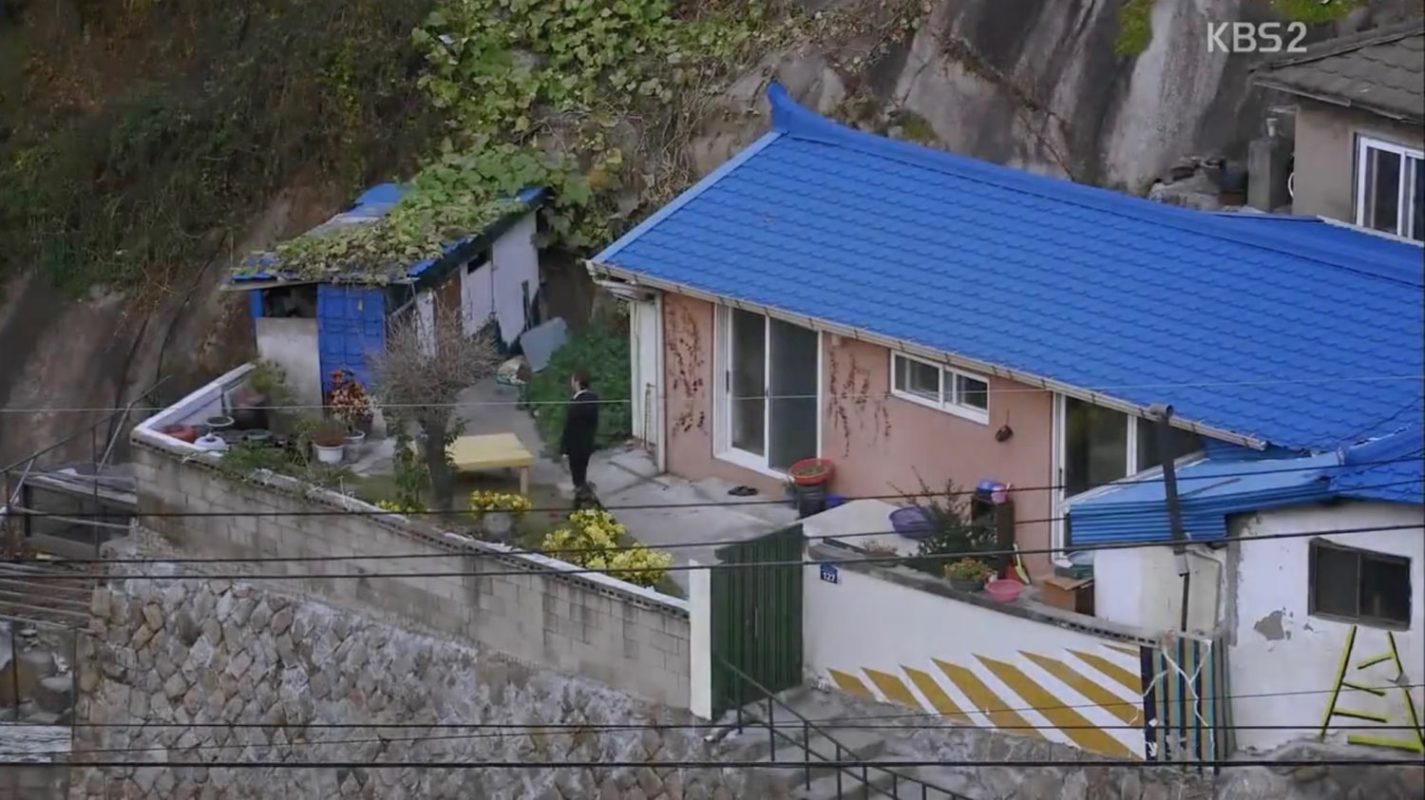 Dokgo Ma-te (Jang Keun-suk) moves into a house at this village (n. 127) with his mother in episode 1 of Bel Ami/Pretty Man/Pretty Boy/Beautiful Man (예쁜남자) (KBS2, 2013-14) and stays here before he moves out at the end of the episode.

Do Ha-na (Shin Ye-eun) and Yeo Bo-ram (Kim Su-hyun) come to this neighborhood in episode 22 of web drama A-Teen/Eighteen (에이틴) (Playlist Studio, 2018) in search of Kim Ha-na’s (Lee Na-eun of APRIL) house, as the latter had not been turning up for school. It is here that they find out that Ha-na has been living with her grandmother this whole time, and is not well off like she had made herself out to be.

Gaemi Village [개미마을 or 홍제동 개미마을 in full] is a mural village is located in Seoul’s neighborhood Hongje [Hongje-dong/홍제동] in the Seodaemun District [Seodaemun-gu/서대문구]. It is also considered one of Seoul’s last daldongne (달동네), lit. ‘a village on a hilltop location that seems closer to the moon than the city below’, together with Baeksa Village [백사마을] (slated for redevelopment completed in 2024) and Jeongneunggol [정릉골].

First established as a place where the poor settled during the Korean War in 1950, it was christened ‘Indian Town’ as the homes resembled a slum or shanty town similar to those in India. The village was subsquently renamed ‘Gaemi’, or ‘Ant’ after how the villagers “live diligently like ants“. This is one of the few daldongne (달동네) that has been designated as a ‘Seoul Future Heritage (서울미래유산)’ site by the Seoul Metropolitan Government —a designation given out since 2012 by the city’s government— to preserve the appearance of the 1950s and 1960s village.