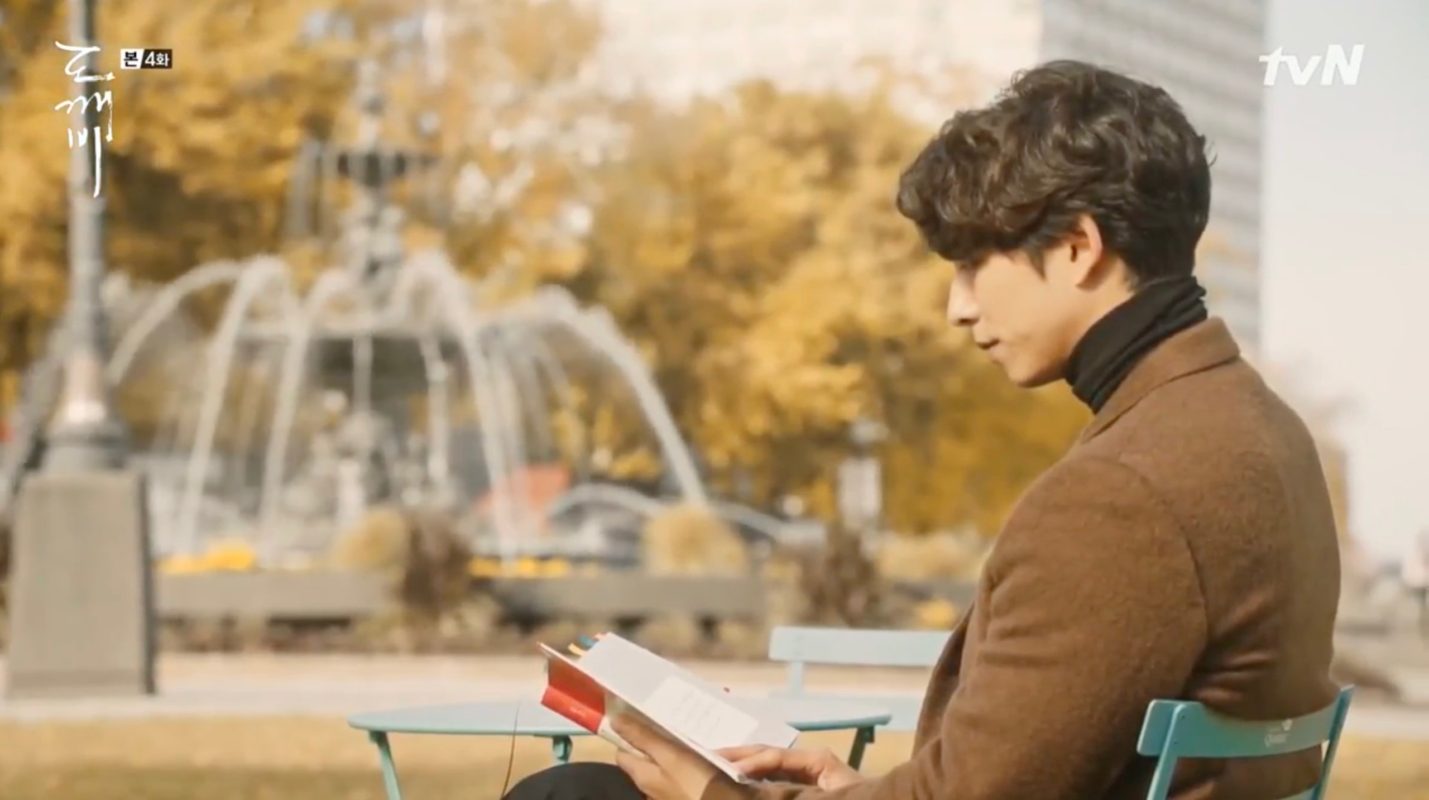 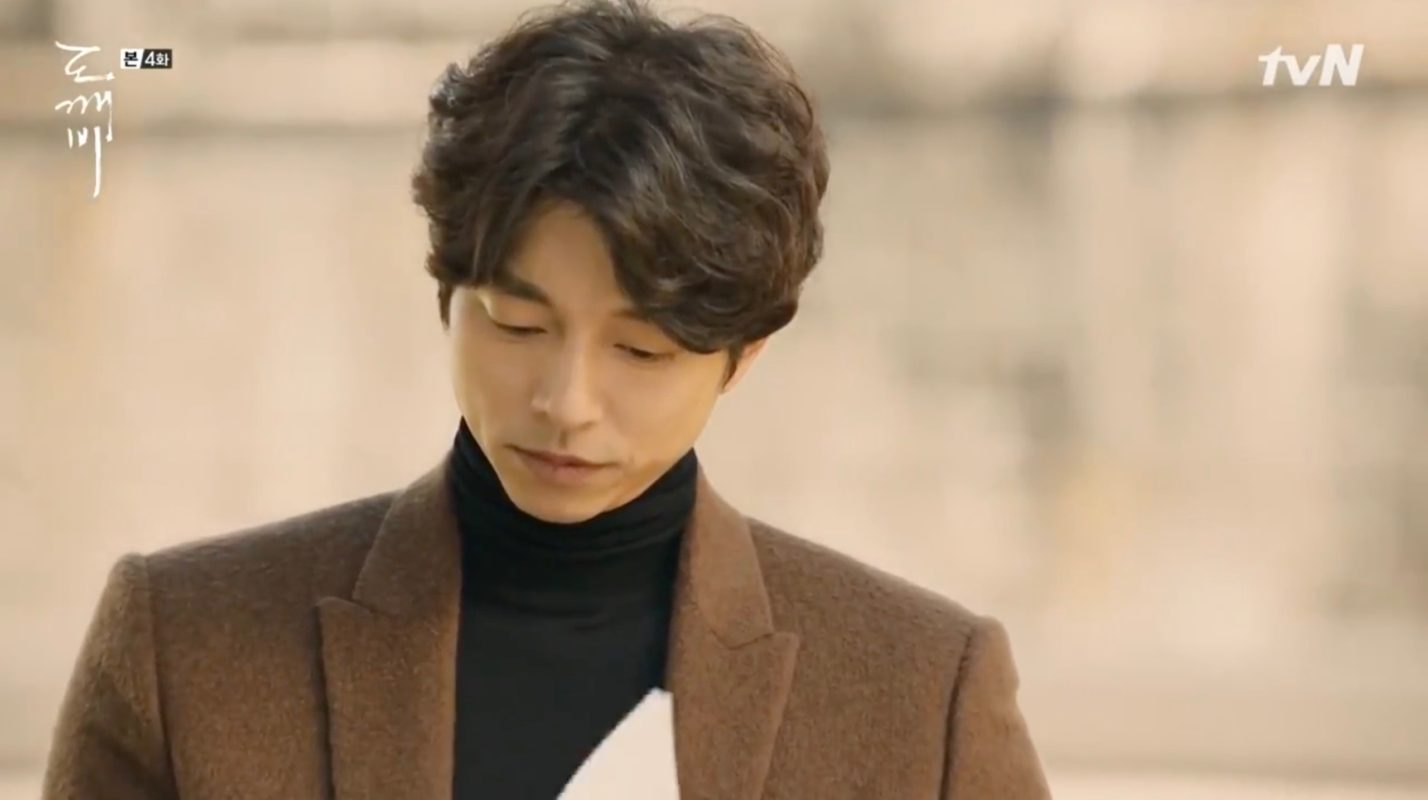 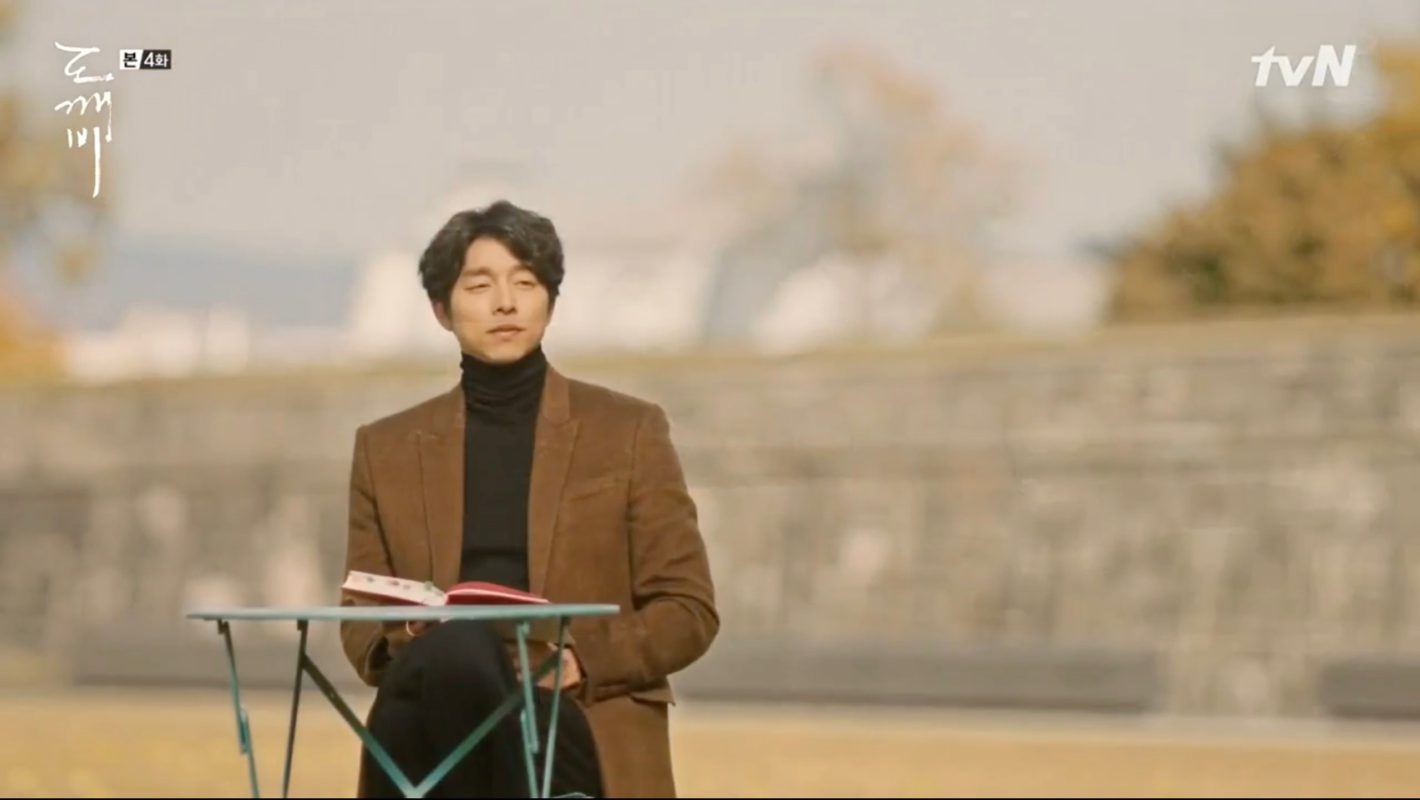 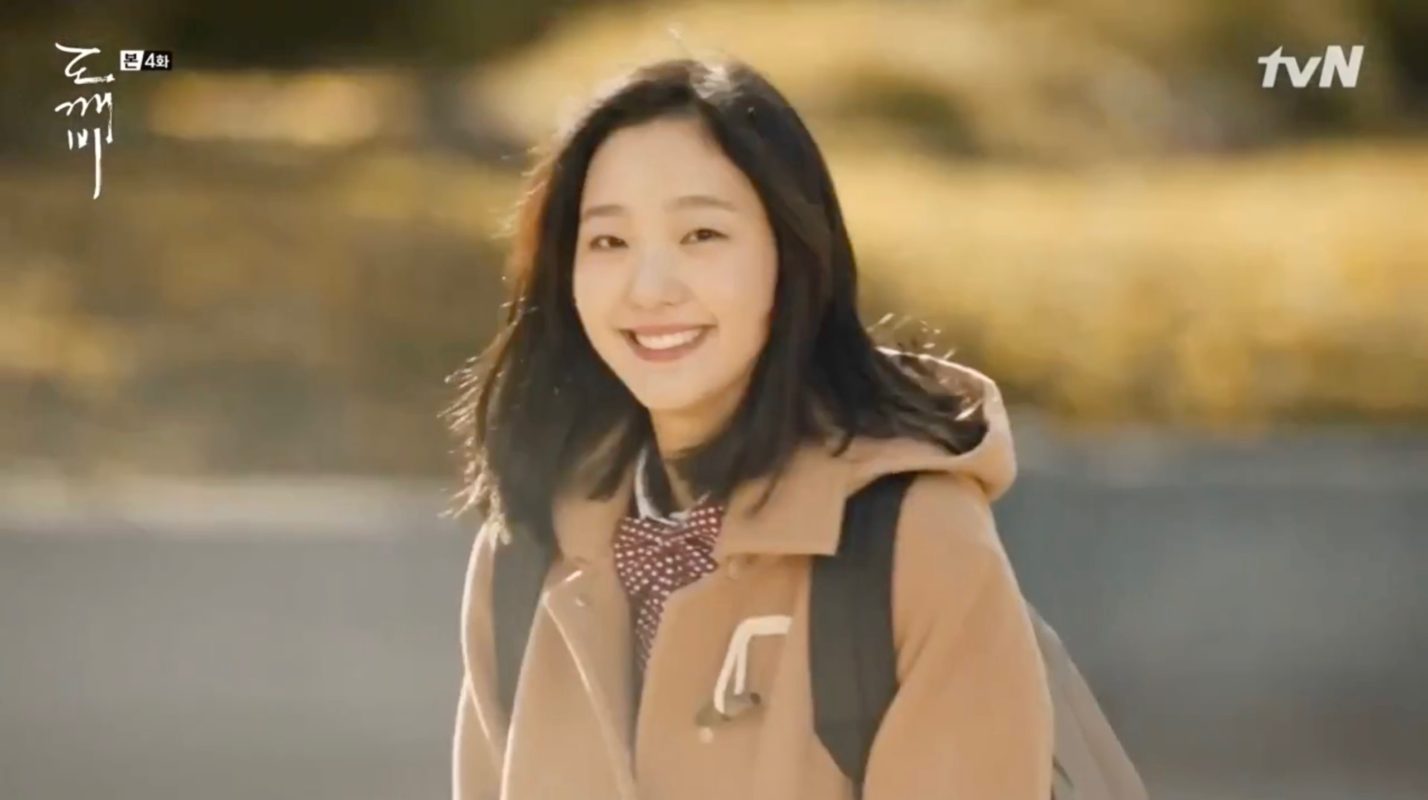 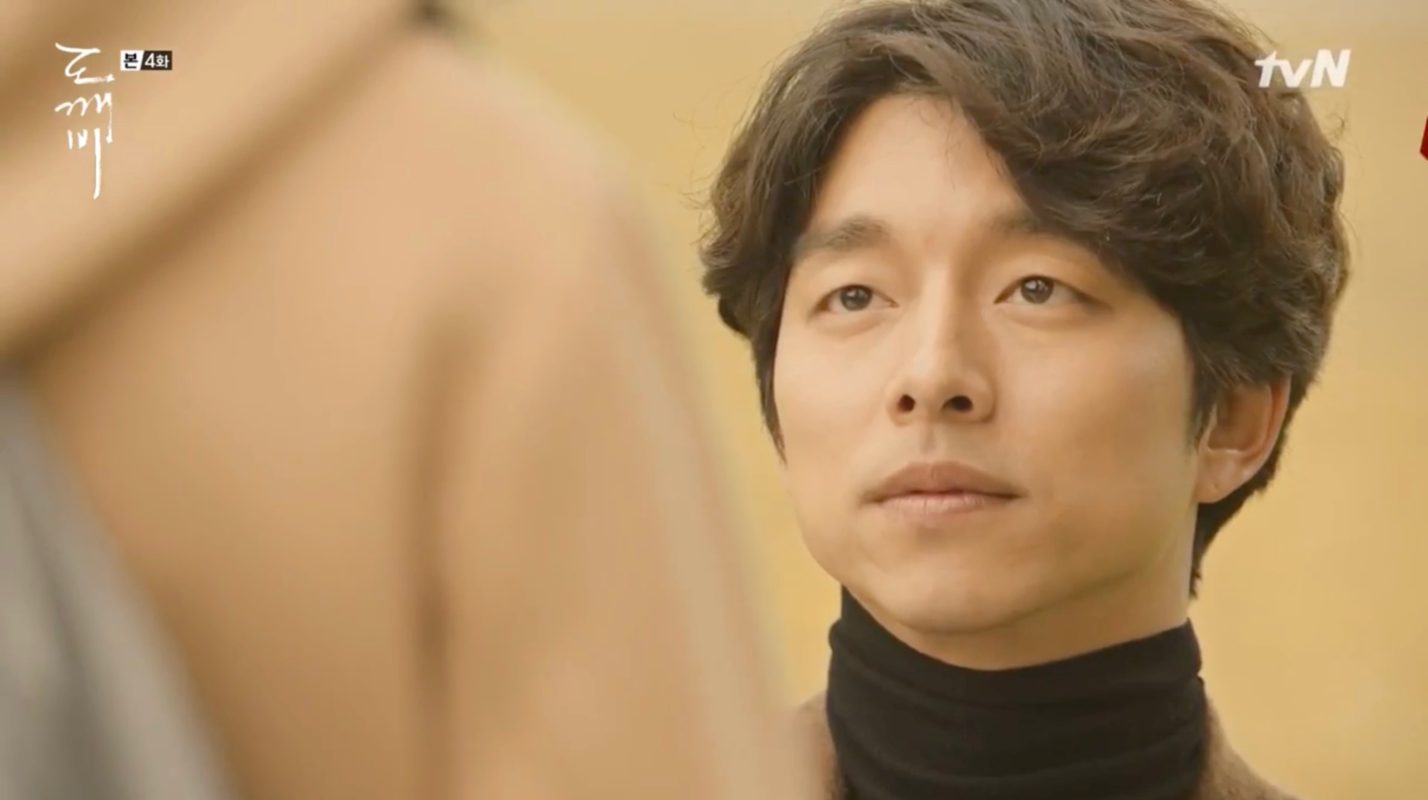 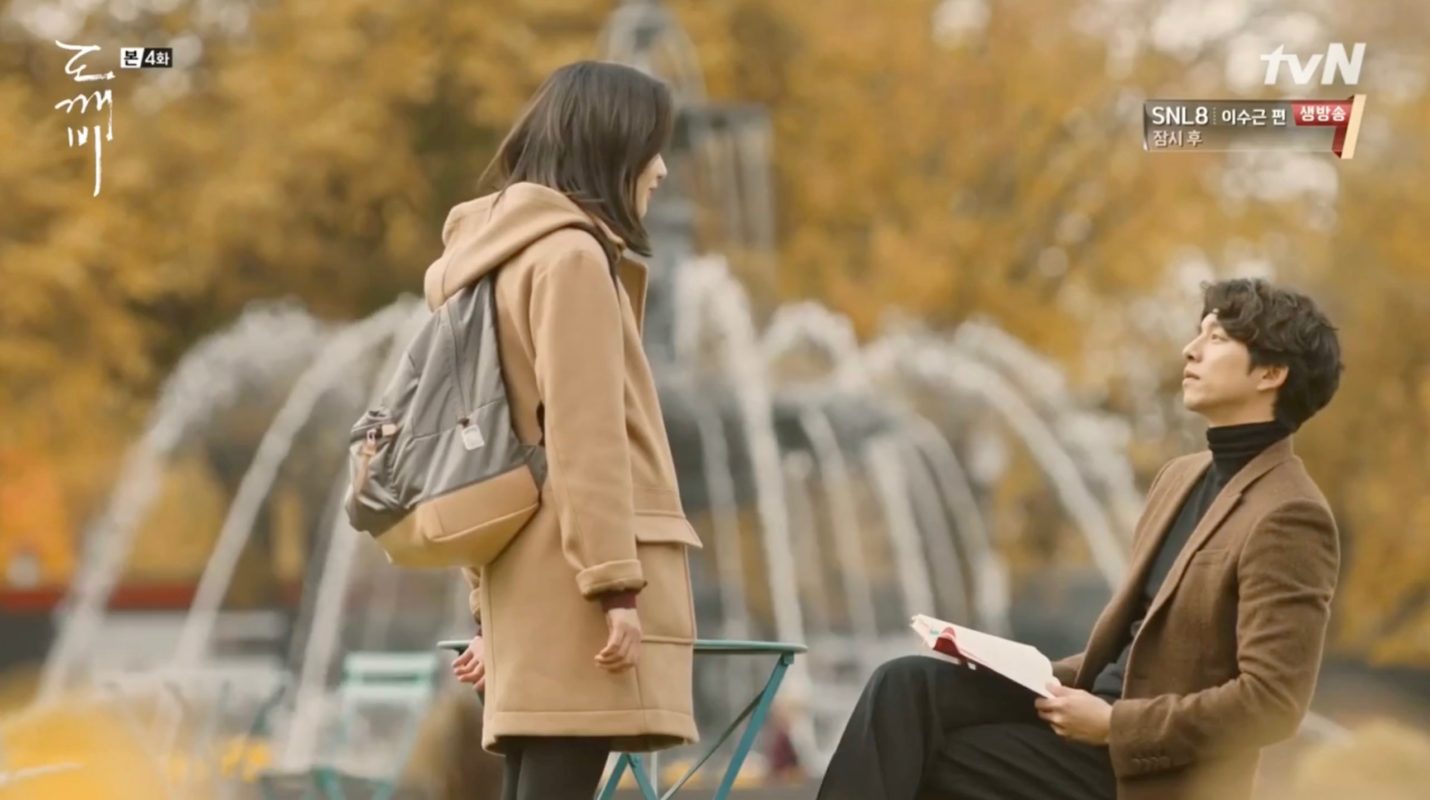 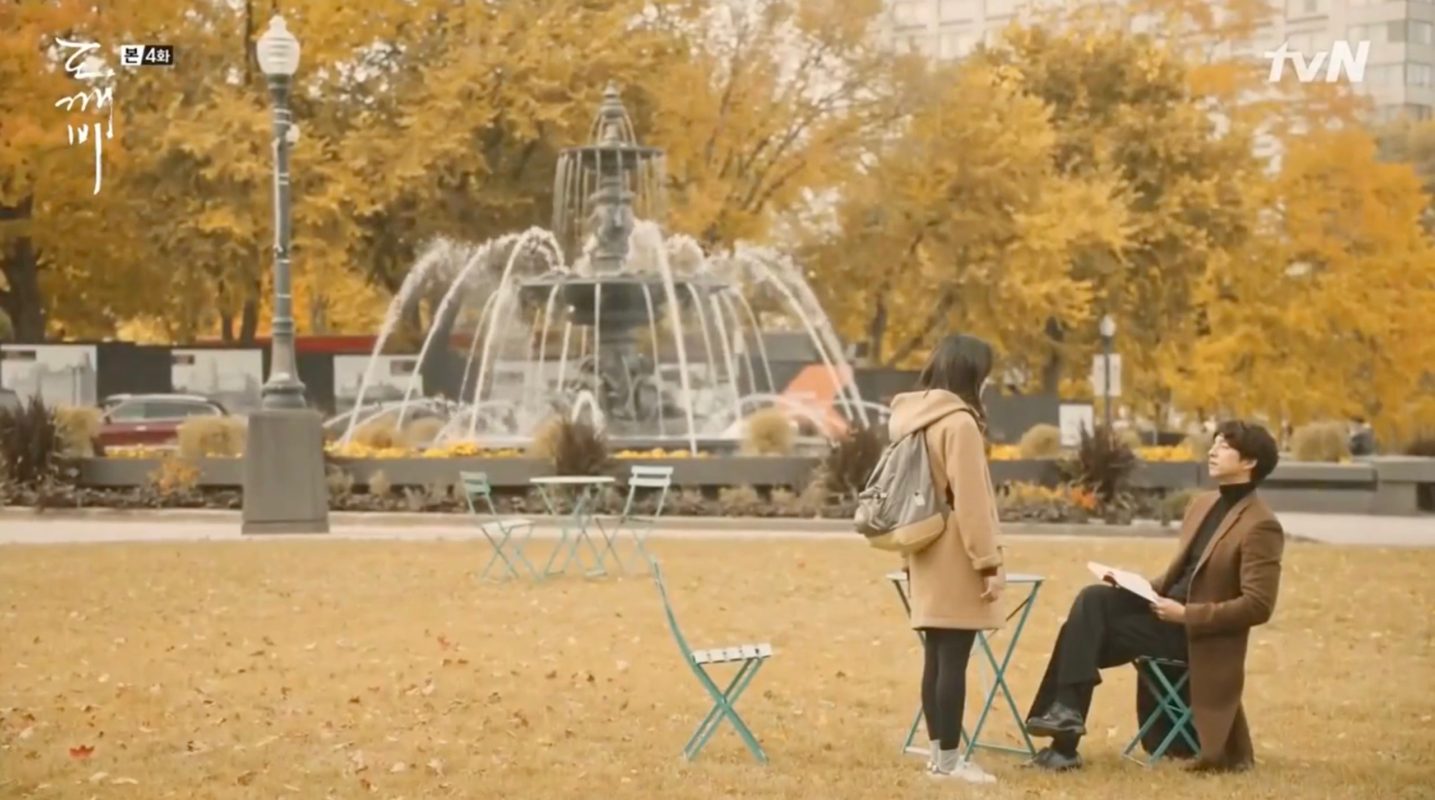 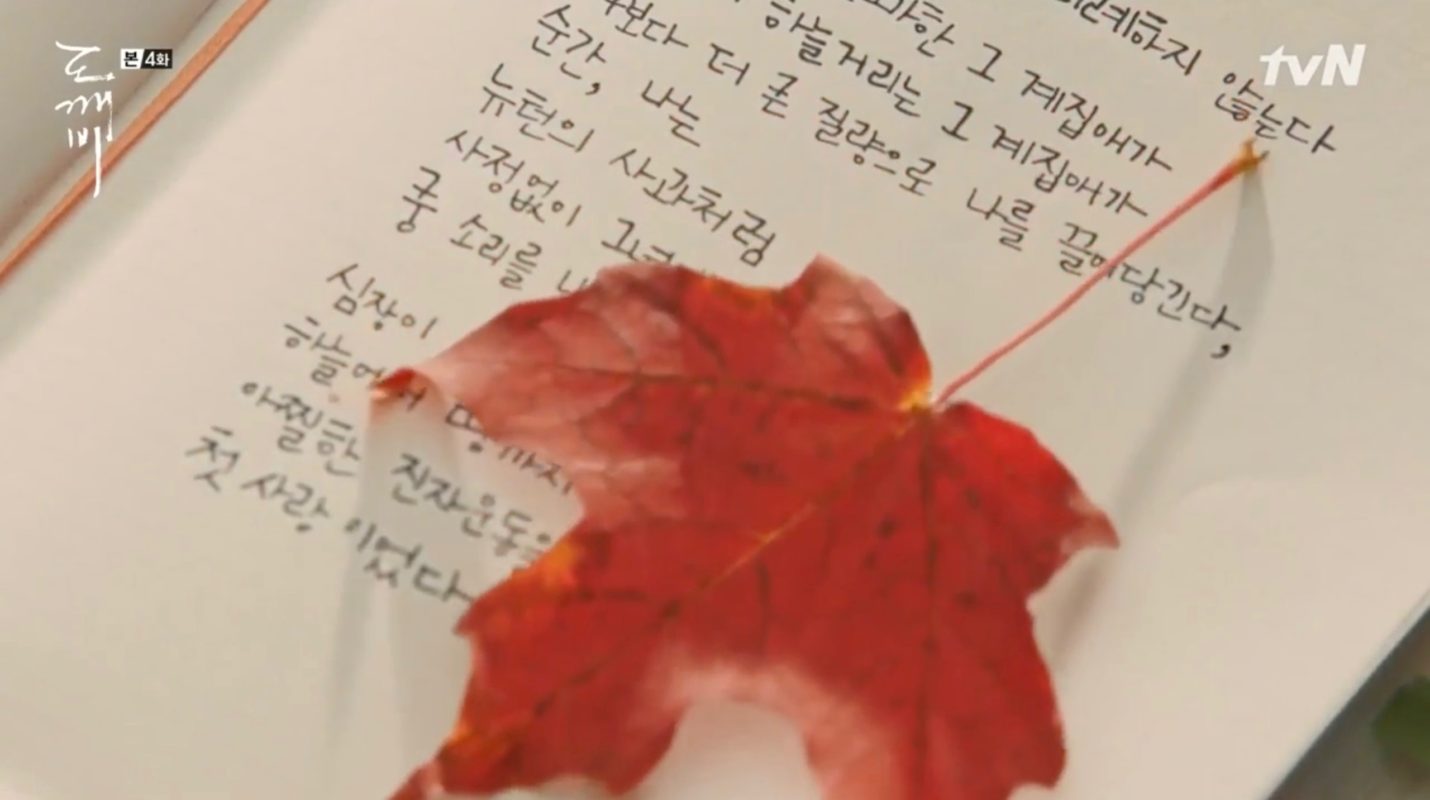 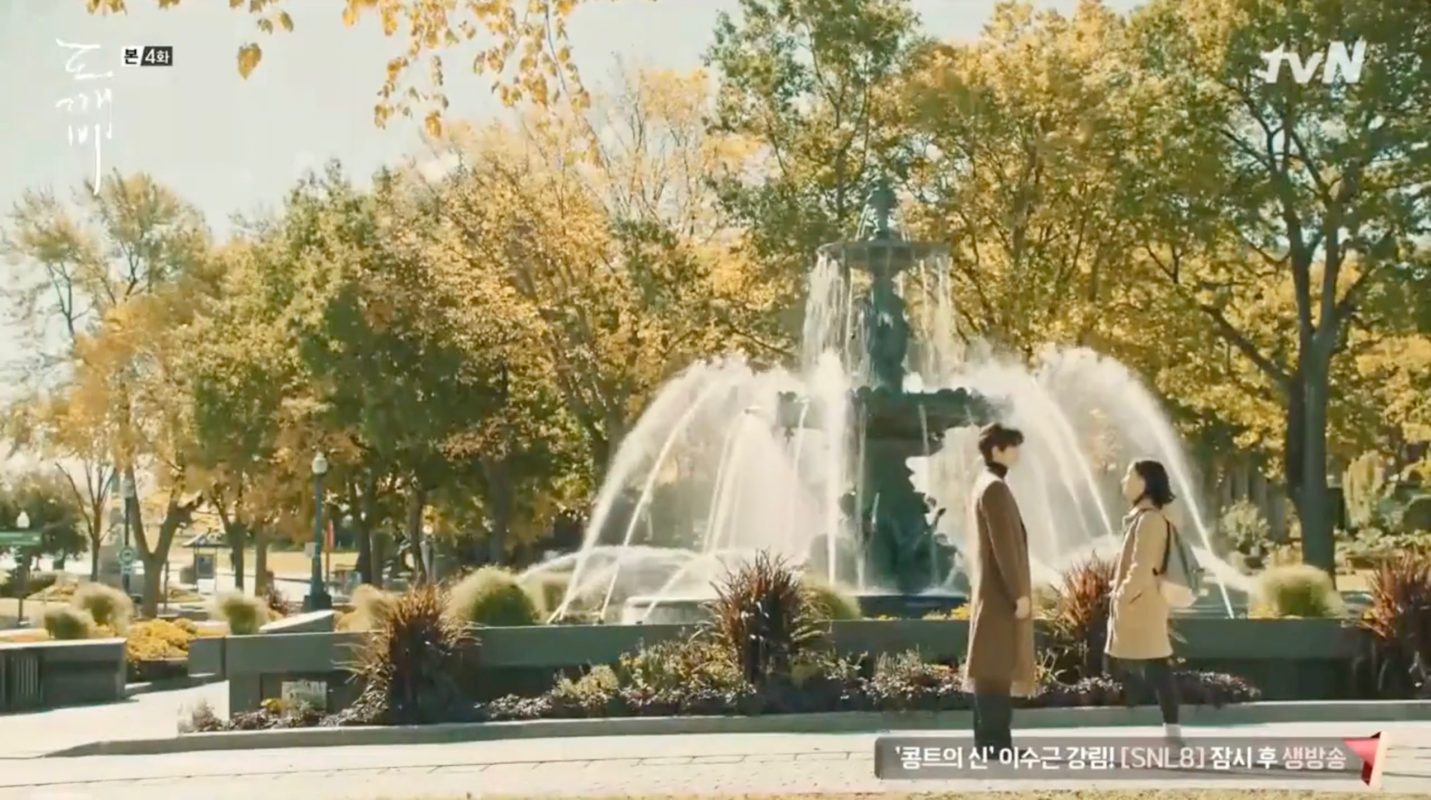 Kim Shin (Gong Yoo) and Ji Eun-Tak (Kim Go-Eun) go here on their walk through Quebec in episode 4 of Goblin/Guardian: The Lonely and Great God (쓸쓸하고 찬란하神 – 도깨비) (tvN, 2016-17).
Eun-Tak asks Shin to wait for her for a while and hands him a book to read. Meanwhile she goes to Hotel Fairmont Le Château Frontenac to post a letter to Shin there. When she comes back, we see Shin reciting the poem “Physics of Love” by Kim In-Yook from the book he was reading while looking at her in awe:

Mass is not proportional to volume
A girl as small as a violet,
A girl who moves like a flower petal
Is pulling me toward her with more force than her mass
Just then, like newton’s apple,
I rolled toward her without stopping until I fell on her… with a thump
with a thump thump
My heart keeps bouncing
between the sky and the ground…
It was first love.

Fontaine de Tourny is a fountain located in the Canadian city Quebec, right next to the roundabout in front of the parliament building ‘Hôtel du Parlement du Québec’. It originally comes from the French city of Bordeaux who had two identical fountains like this and was bought by the company La Maison Simons in 2003 and gifted to the city of Quebec for its 400 year celebration.