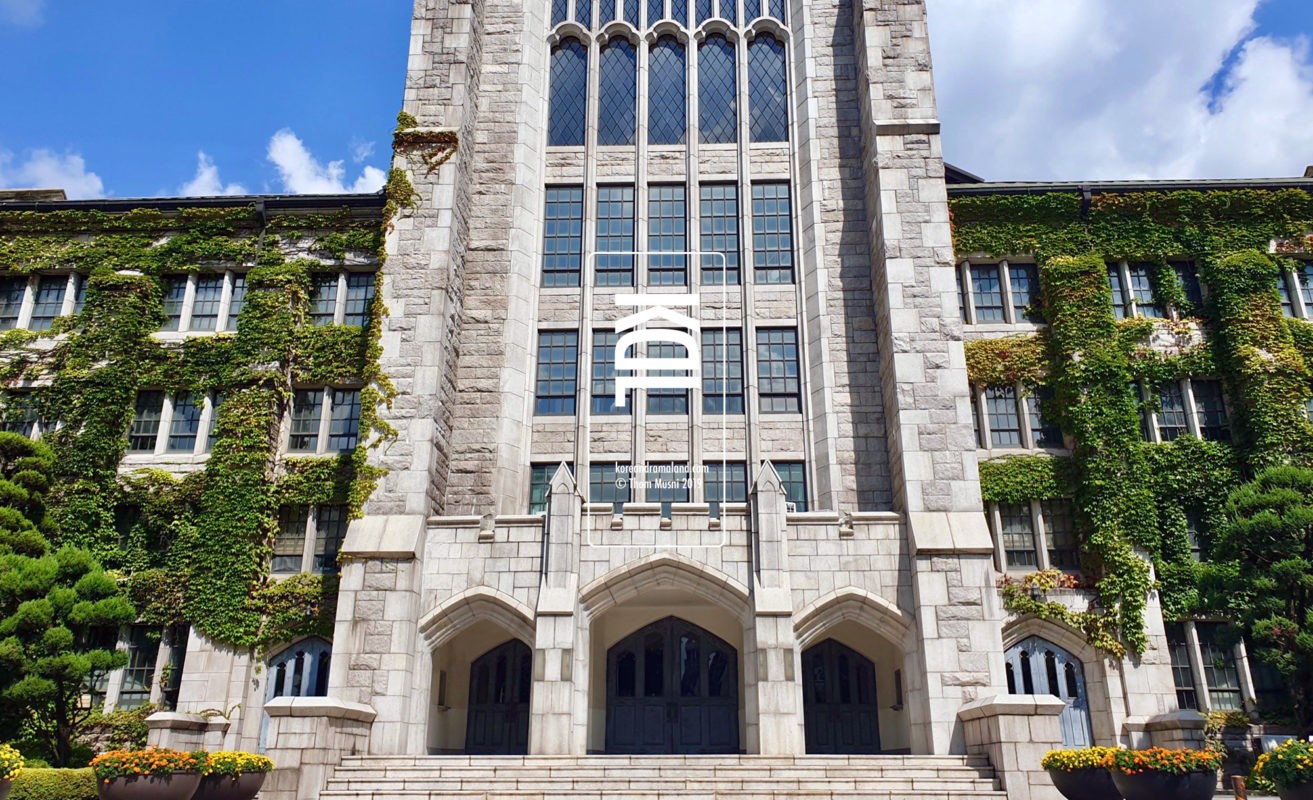 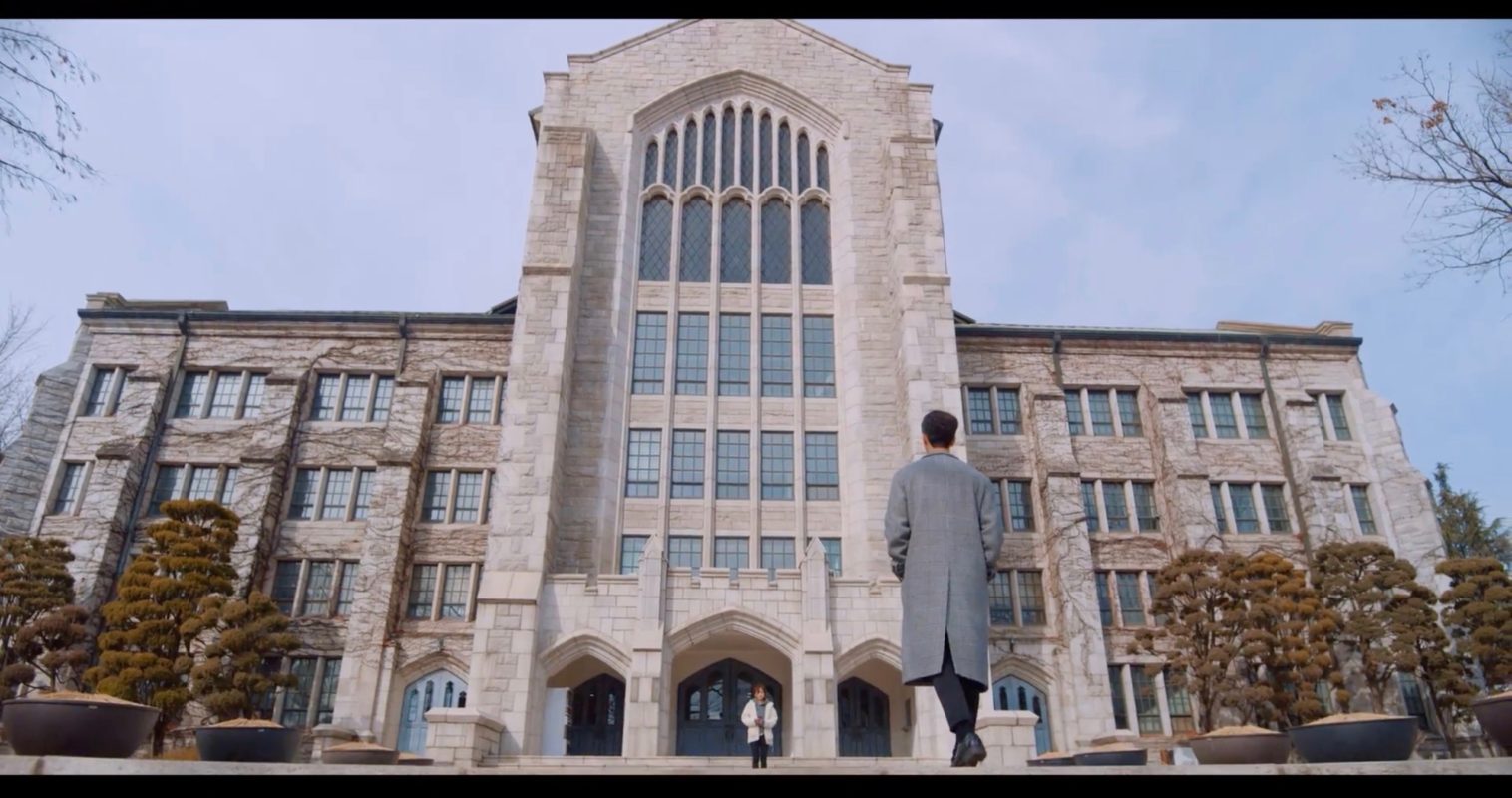 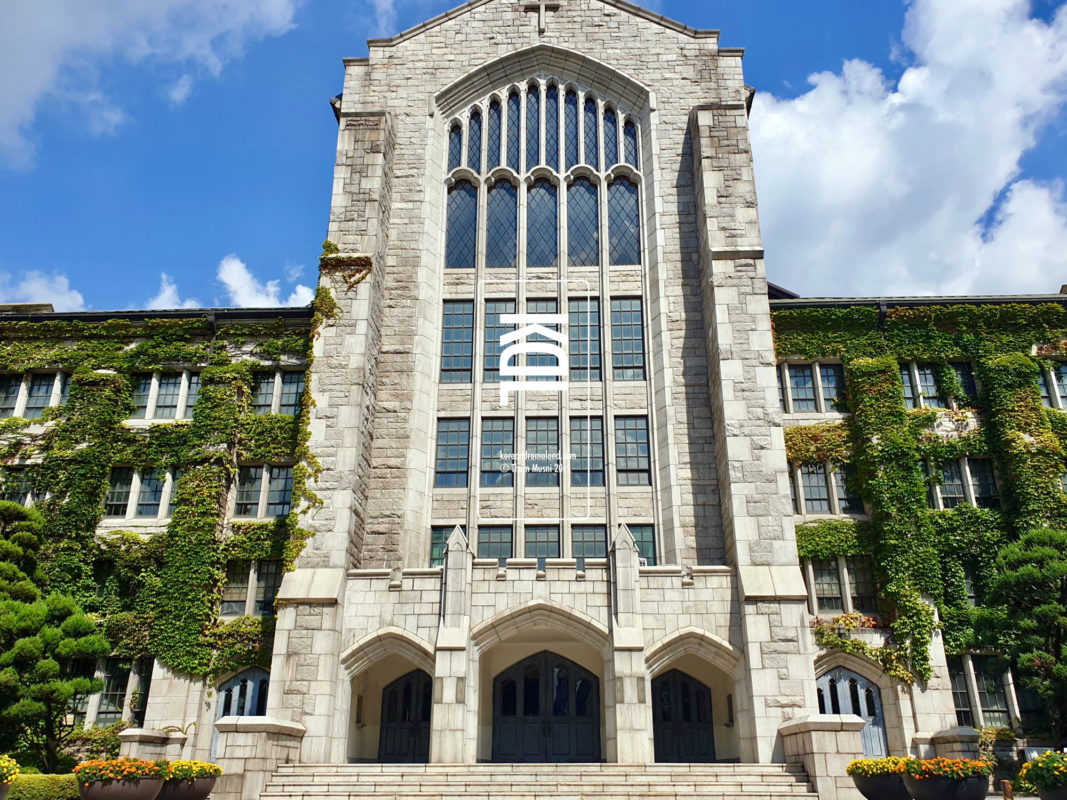 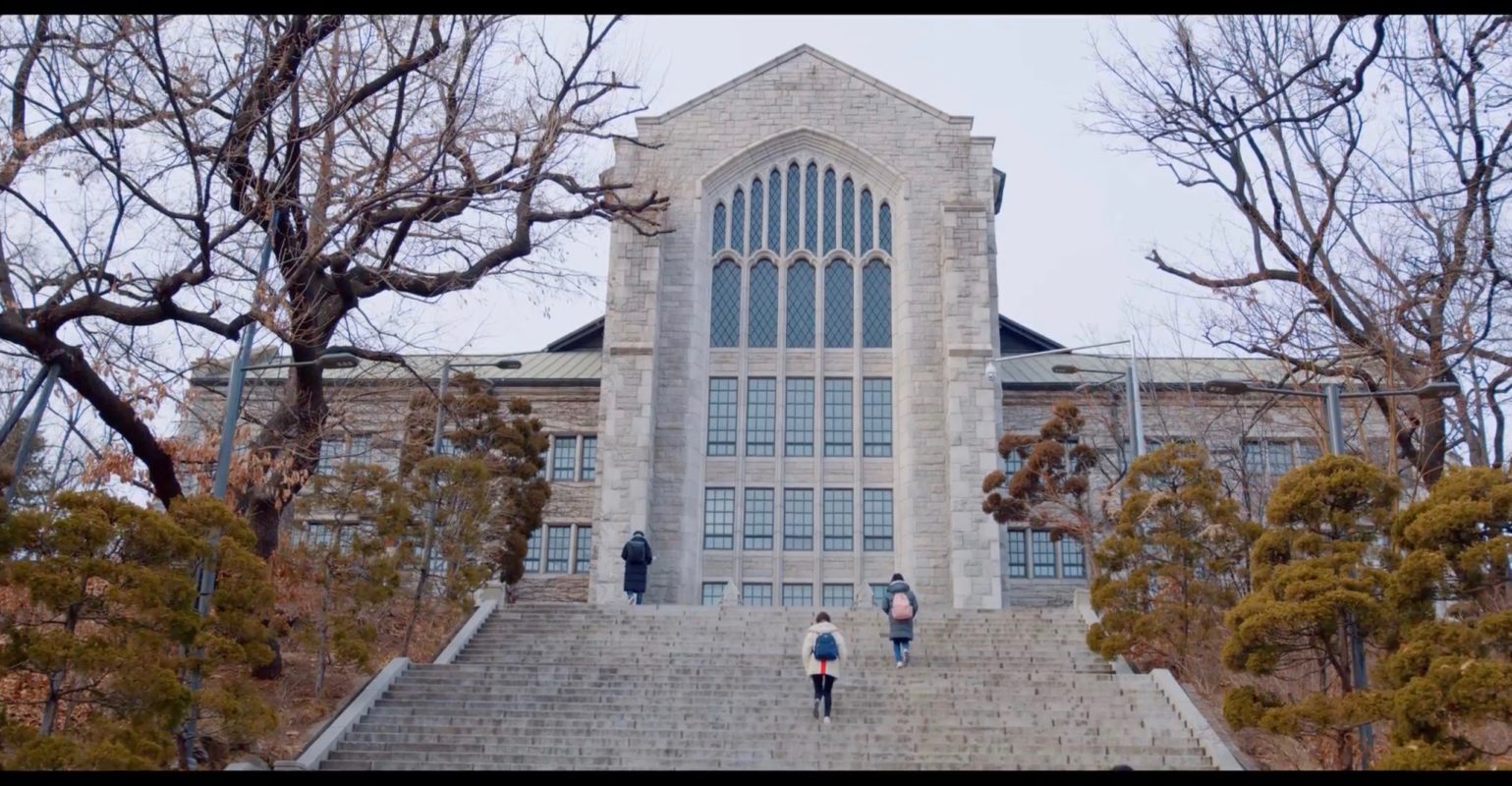 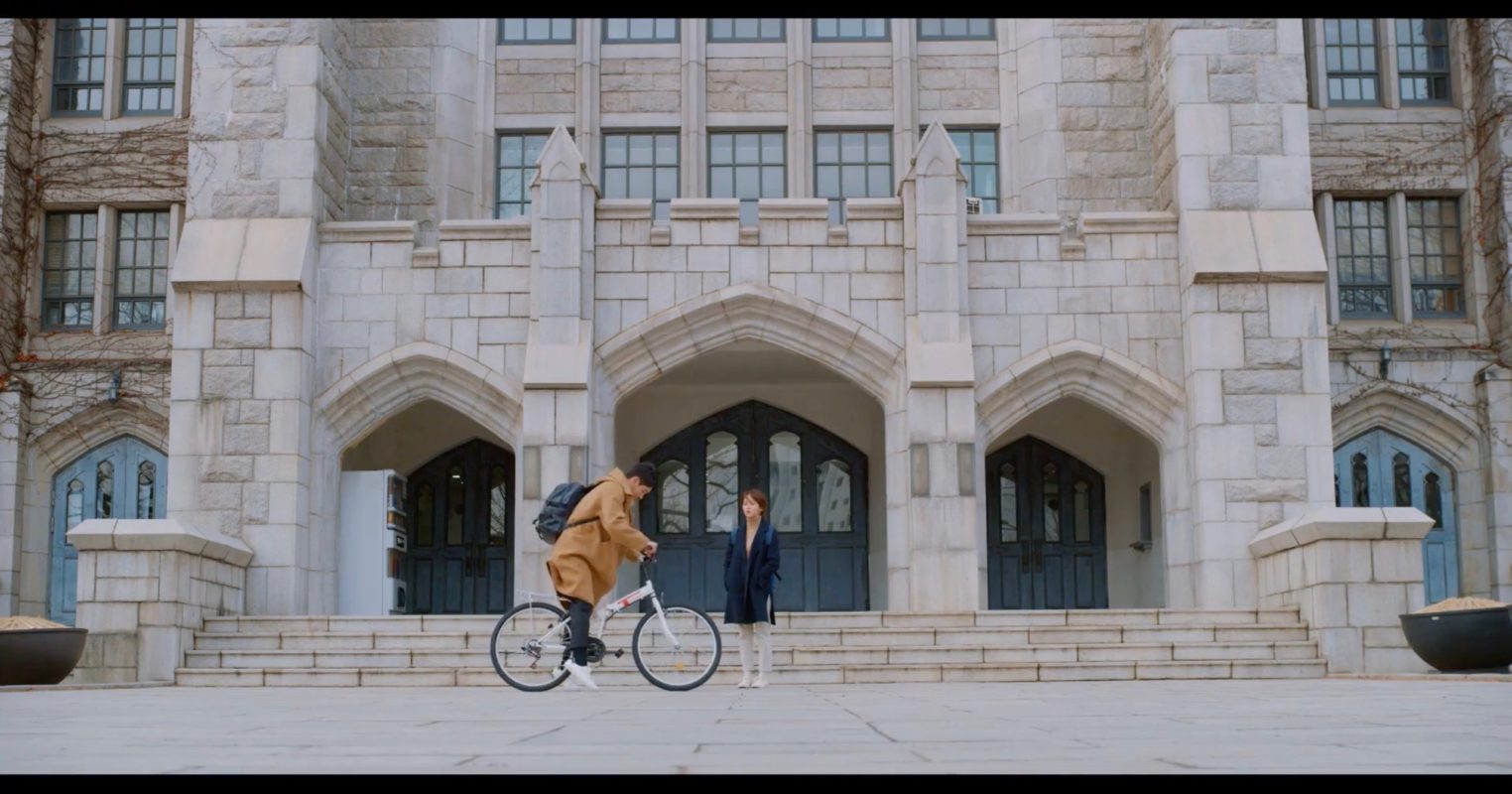 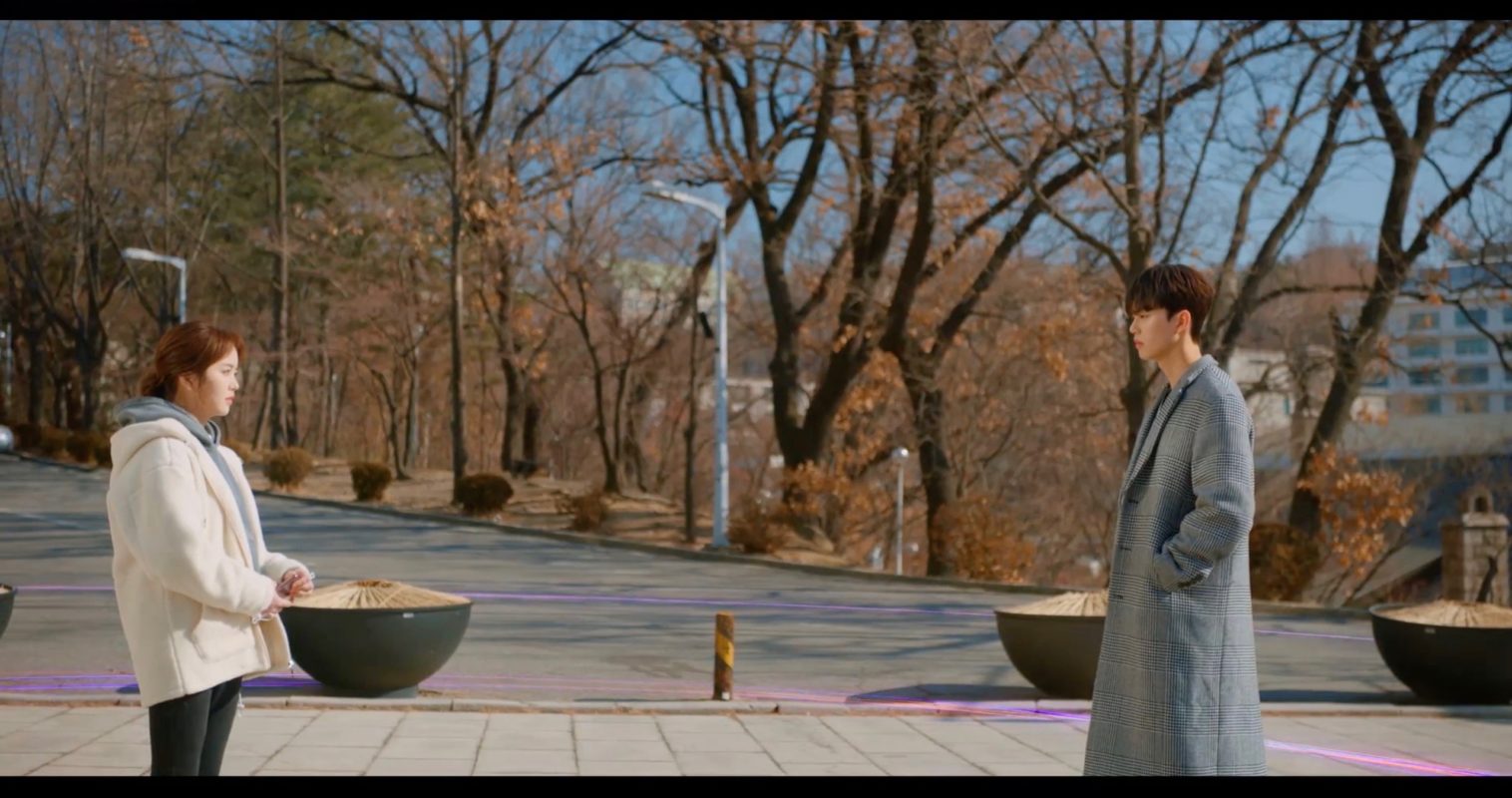 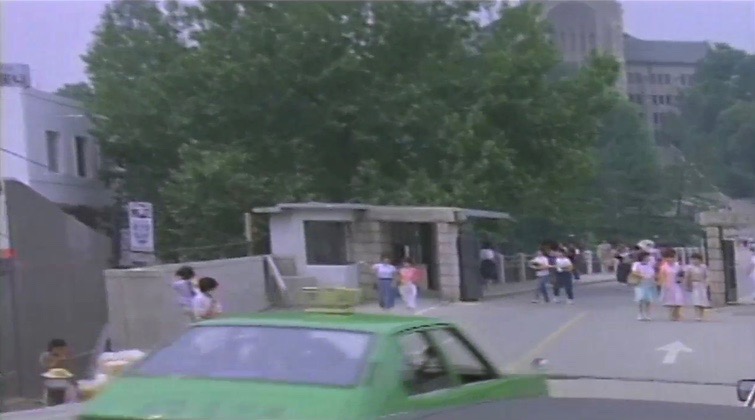 Kim Jo-jo (Kim So-hyun) and Lee Hye-young (Jung Ga-ram) meet again after four years while studying independently at this university’s Auditorium [이화여자대학교 대강당] —appearing here as its library— on Christmas Eve, in episode 6 of Love Alarm (좋아하면 울리는) (Netflix, 2019). The next day, Hye-young reserves a seat and buys coffee for her. When Jo-jo asks him why he is doing this, he lets her know that he is hitting on her ‘the old school way’. Later, Hwang Sun-oh (Song Kang) finds out that Jo-jo studies at this library and comes here —their first encounter after four years too— to tell her to leave Hye-young alone.

A collection of buildings of this university is one of the 380 traditional and modern-contemporary buildings in Seoul that were selected for the The Seoul Architectural Guide (2013, page 192-95).

Ewha University Street [이화여대길] is located just opposite it.