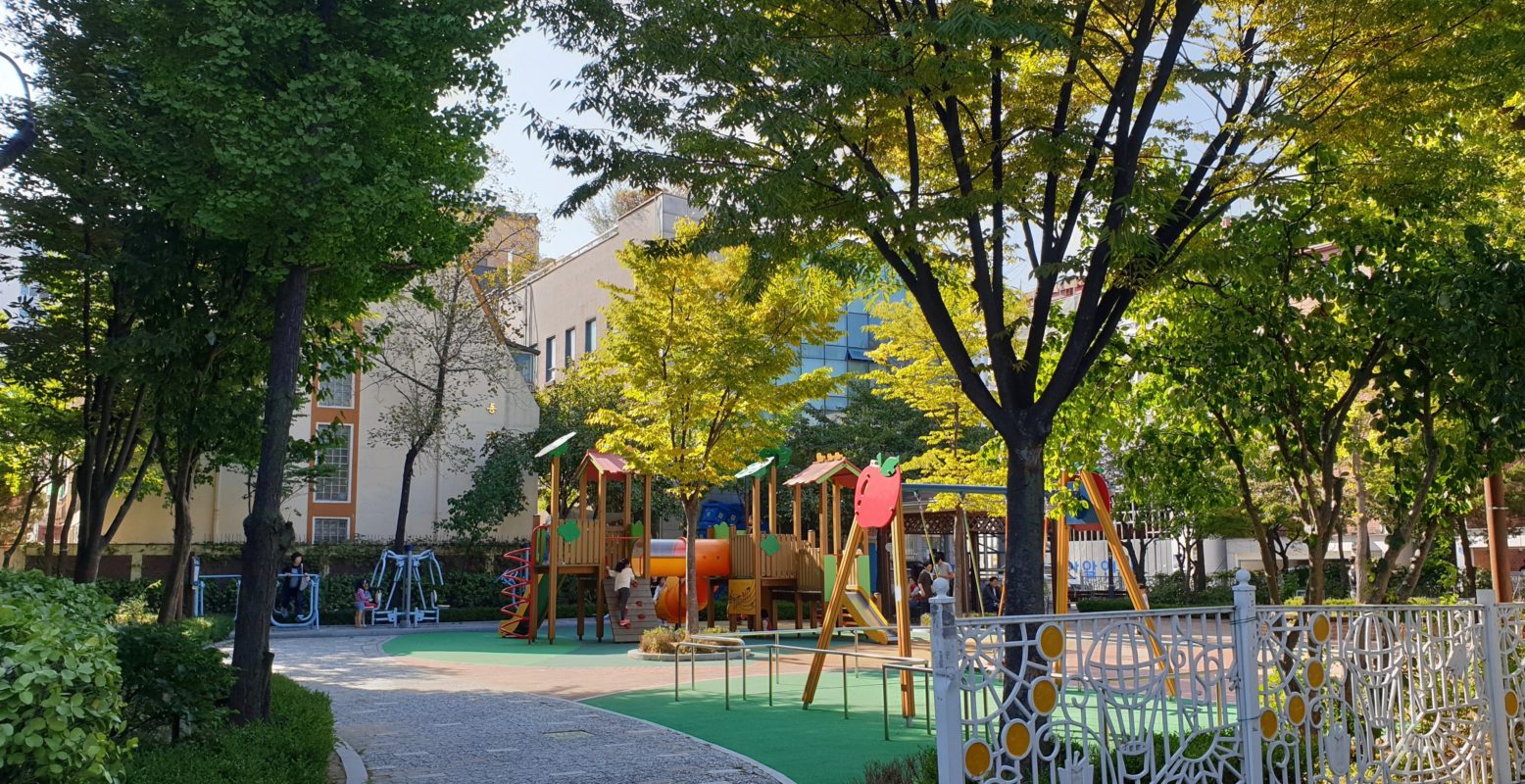 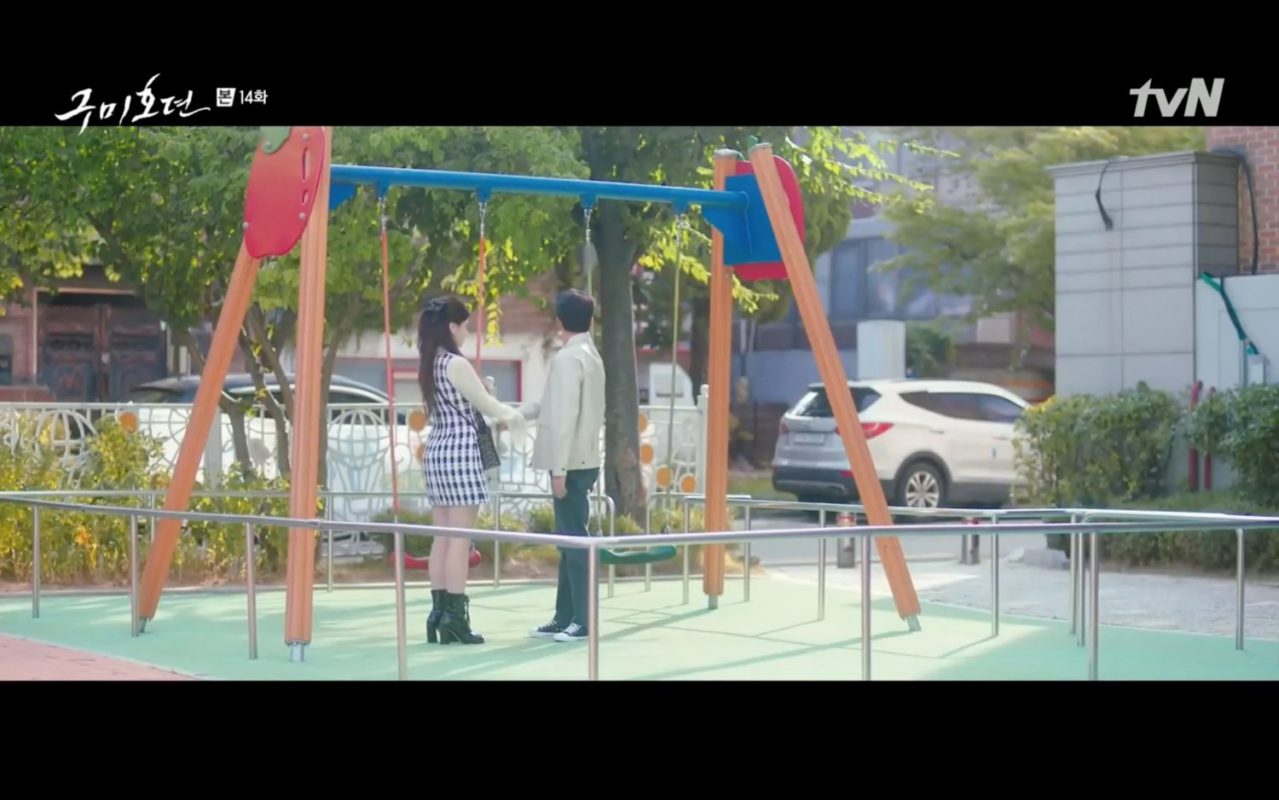 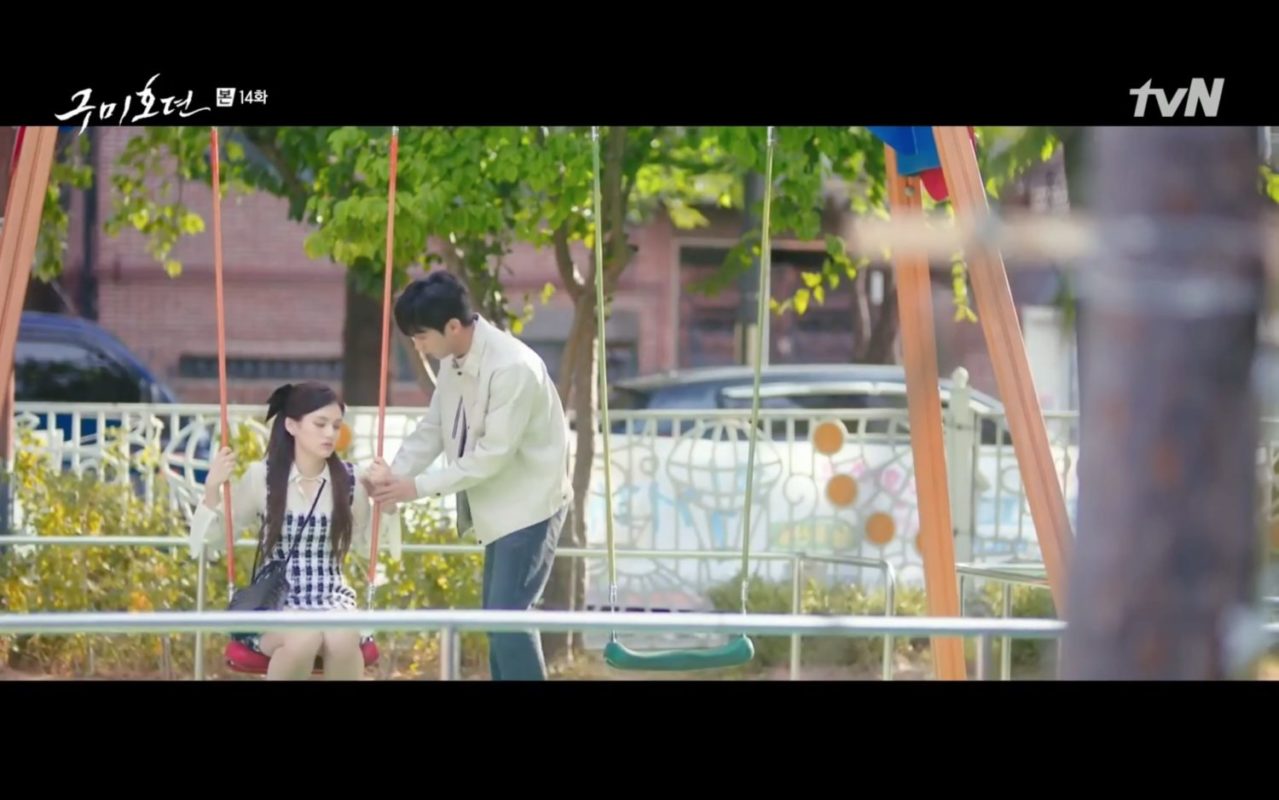 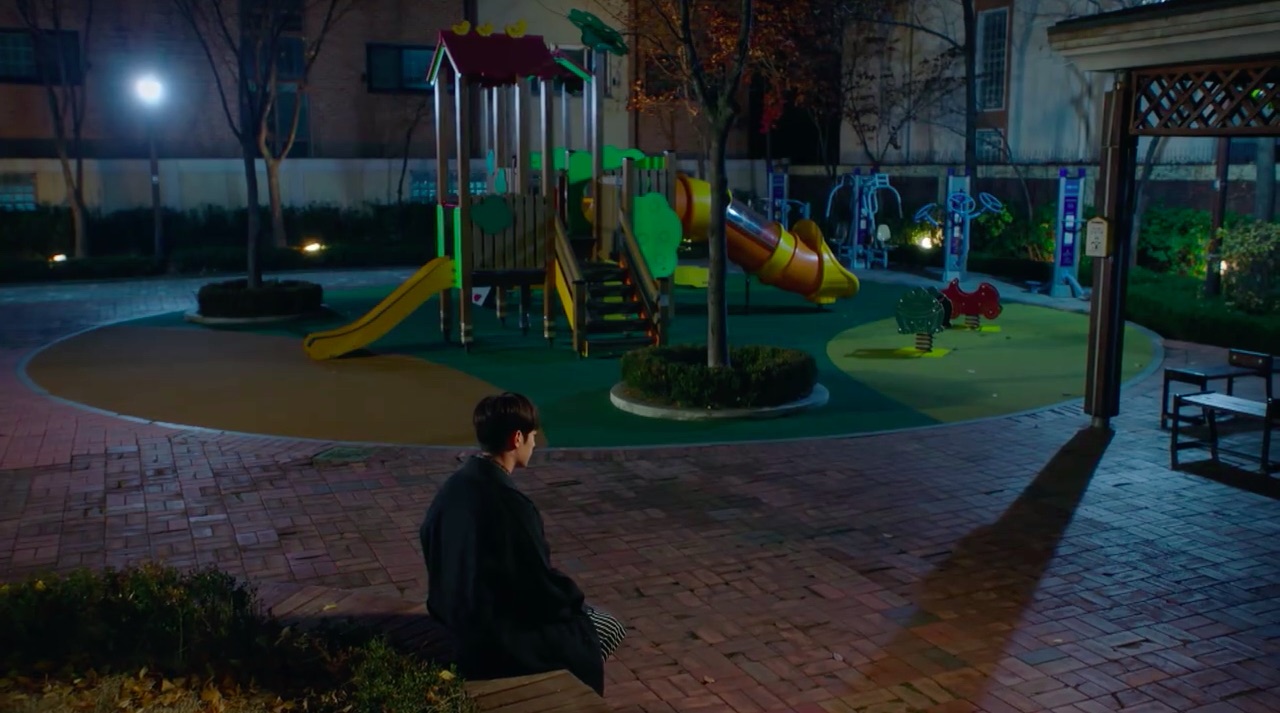 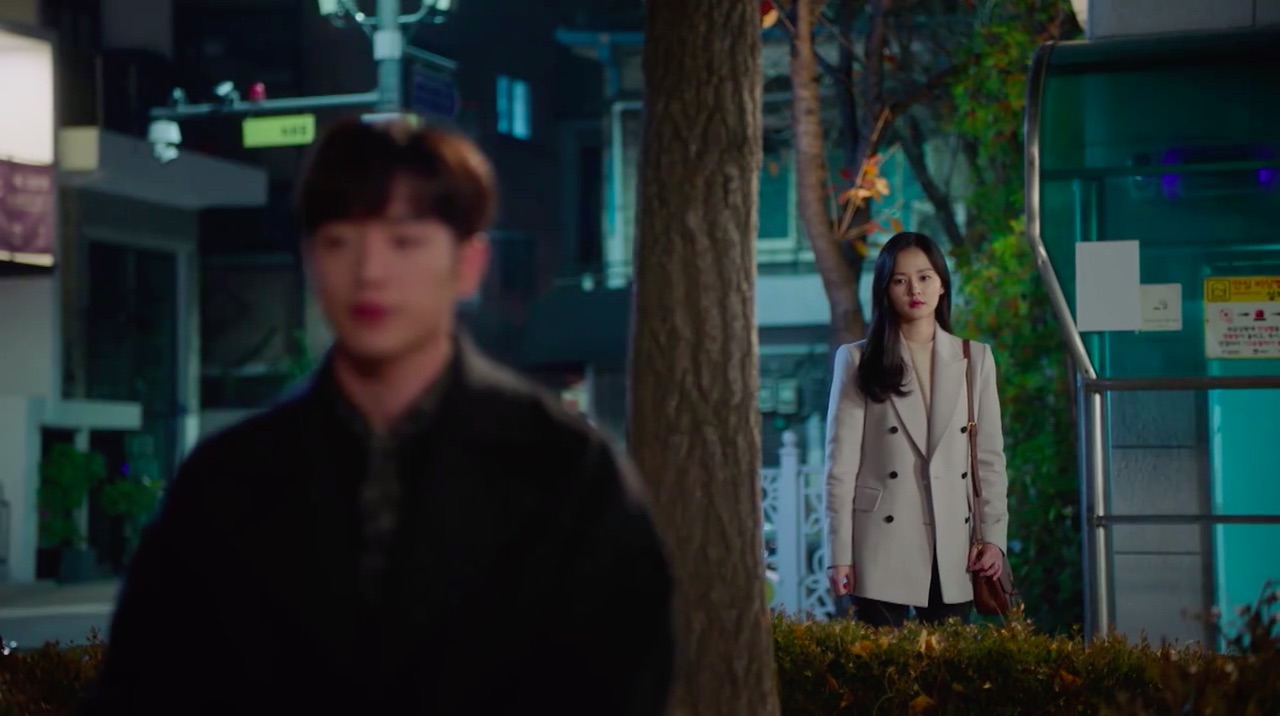 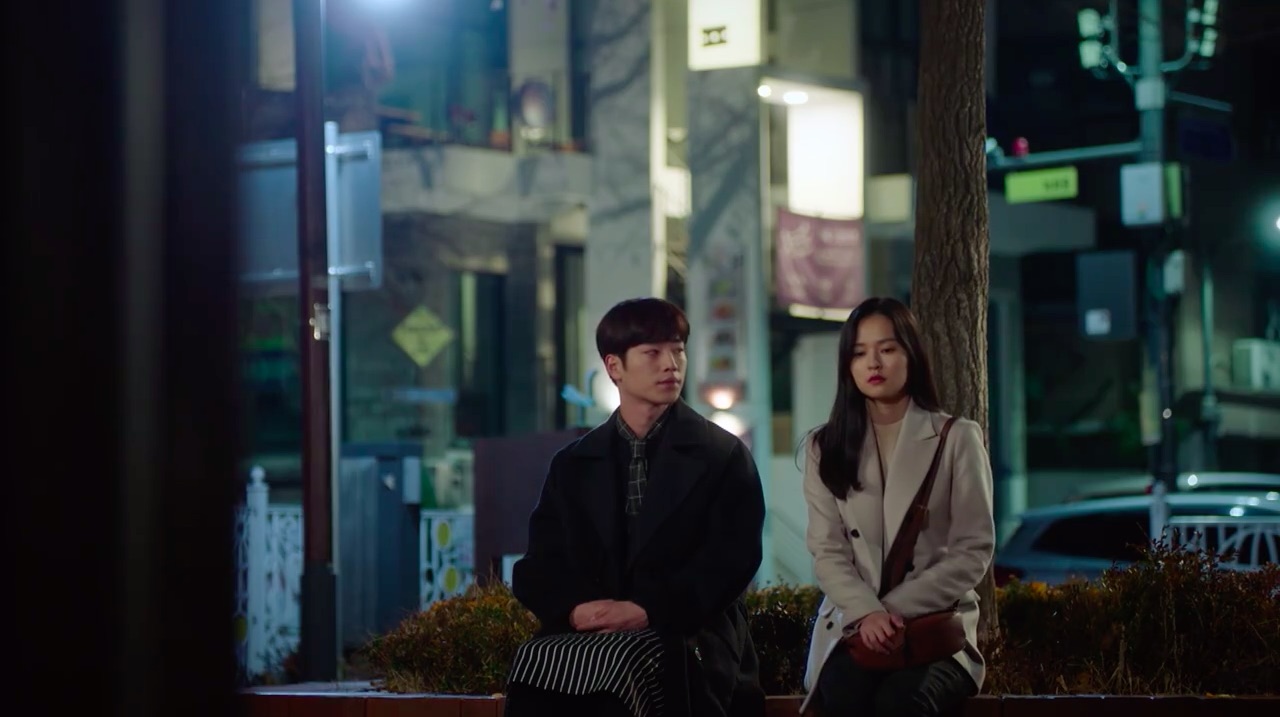 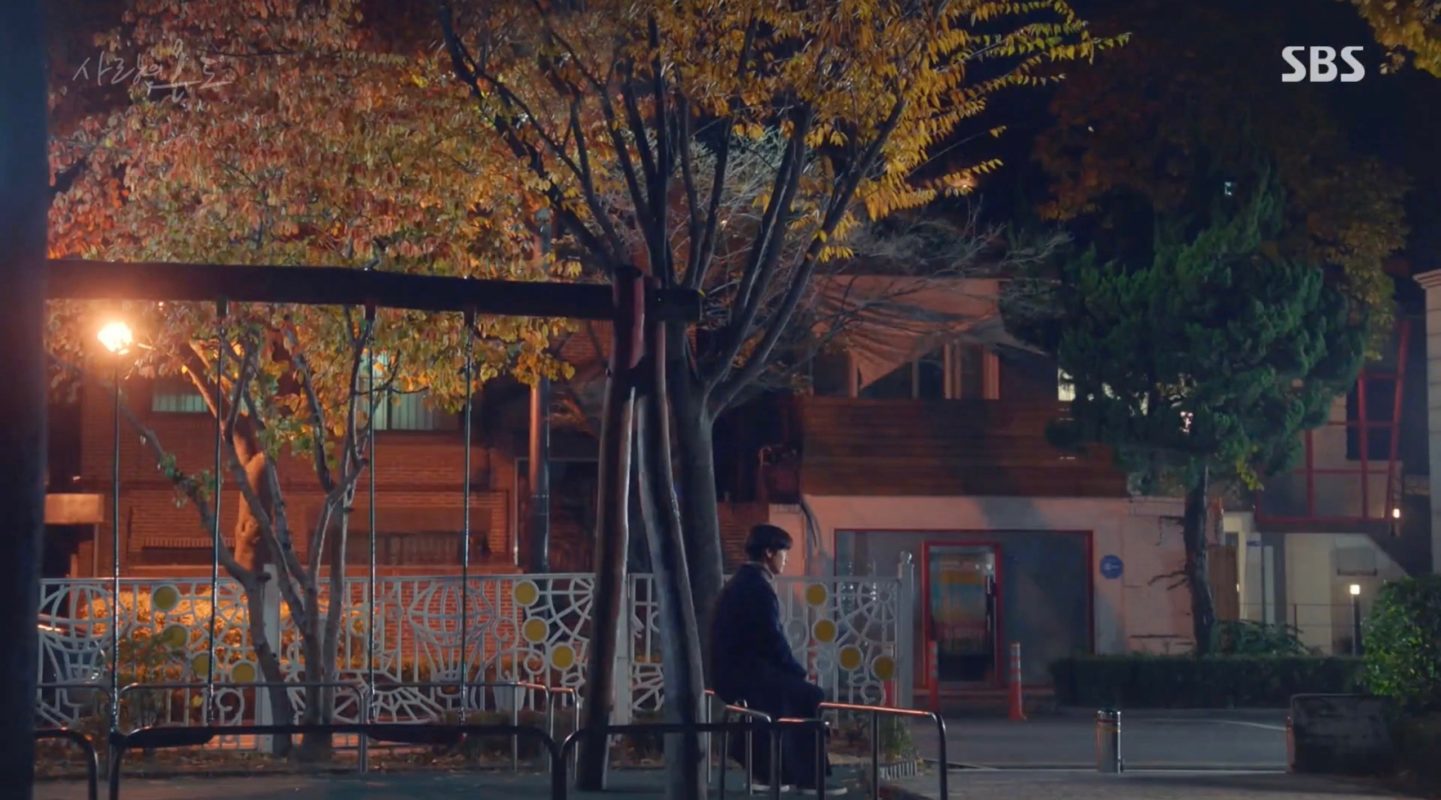 Ki Yu-ri (Kim Yong-ji) asks Detective Baek Shi-woo (Jang Won-hyung) to meet up at this children’s park and in episode 14 of Tale of the Nine Tailed/Tale of The Nine-Tailed Fox (구미호뎐) (tvN, 2020) and is heartbroken when he understands that she has used him as a bait.

Min Se-eun (Kim Yoon-hye) meets On Joon-young (Seo Kang-joon) here in episode 15 of The Third Charm / The 3rd Charm (제3의 매력) (JTBC, 2018), where he confesses that he’d lied about his whereabouts the night before — that he was actually with Young-jae instead of being at home.

Also featured in Temperature of Love (사랑의 온도) (SBS, 2017) –as seen in episode 34 for instance–, as this park is vis-à-vis Hyun-Soo’s apartment.

Eunhaeng Children’s Park [은행어린이공원] is a small gated playground and exercise area located on Seongmisan-ro 29gil [성미산로29길], in Seoul’s neighborhood of Yeonnam-dong [연남동], in the Mapo District [Mapo-gu/마포구]. It’s also known as Eunhaeng Tree Children’s Park [은행나무어린이공원] as the slides etc were constructed from wood, but per the slides seen in the show, it could have been upgraded.

This park is near where Young-jae and Ho-chul had their Americano in episode 8 of The Third Charm (near Banh Mi Phuong — as of Oct 2019).

— Tale of the Nine Tailed added by Marion KDL