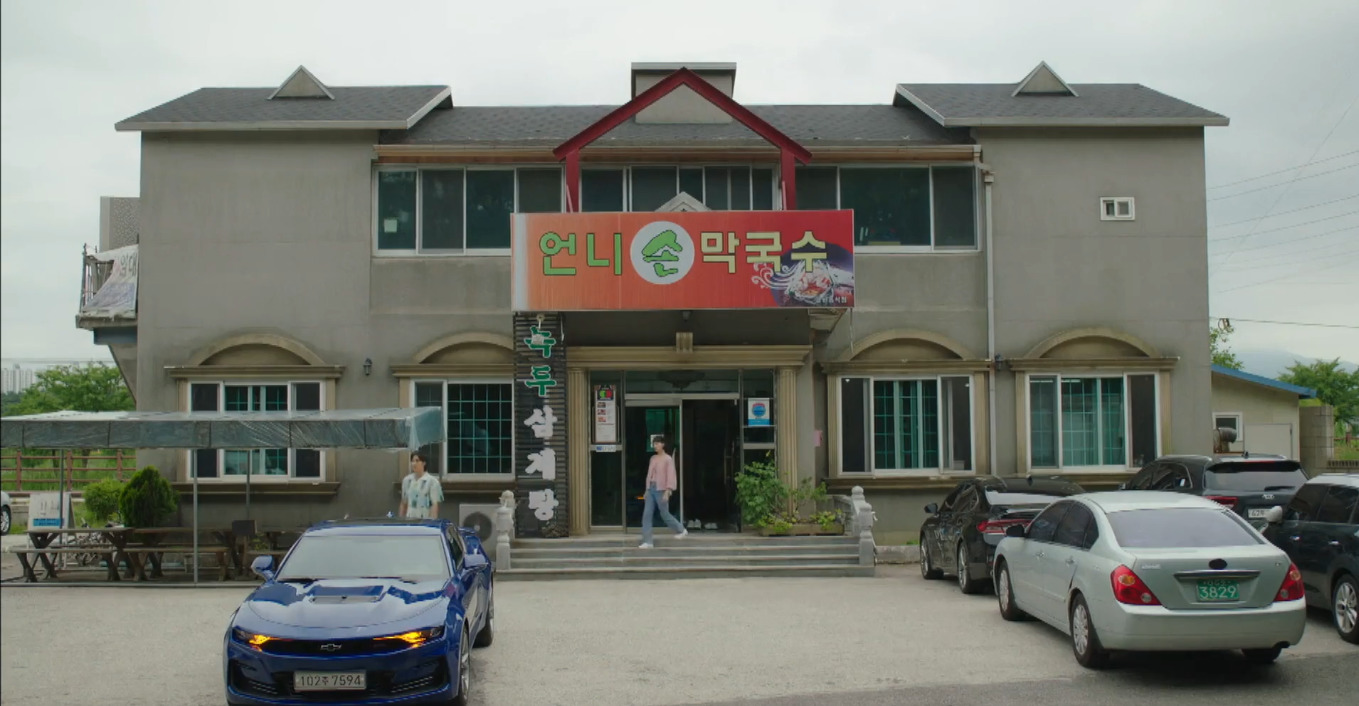 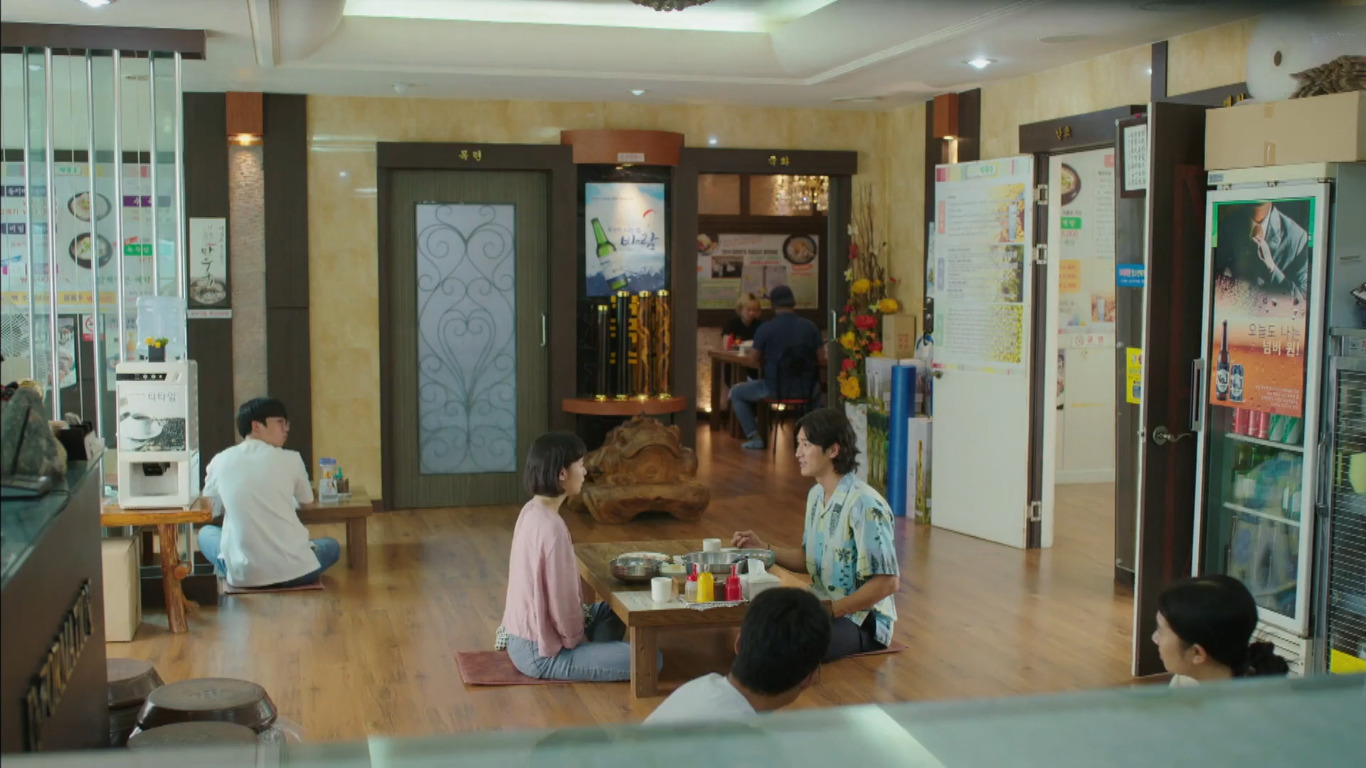 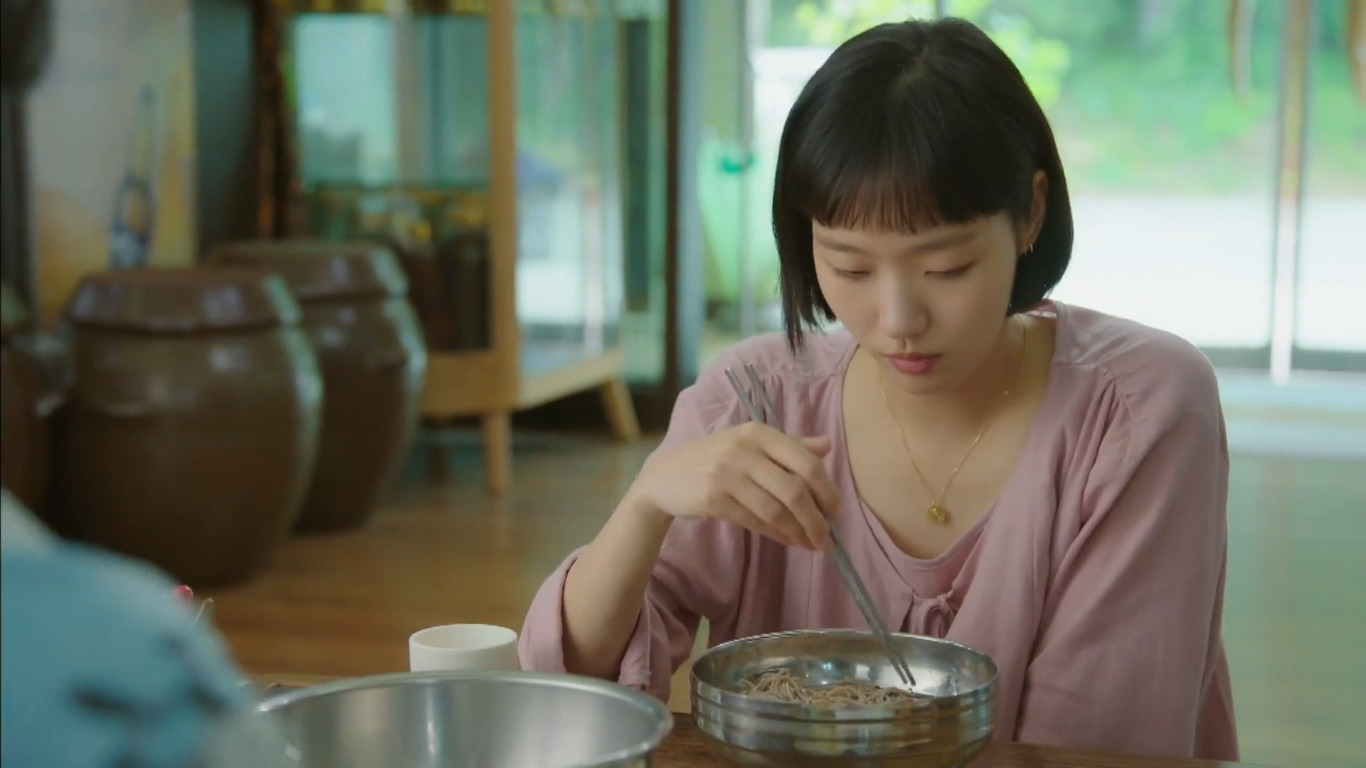 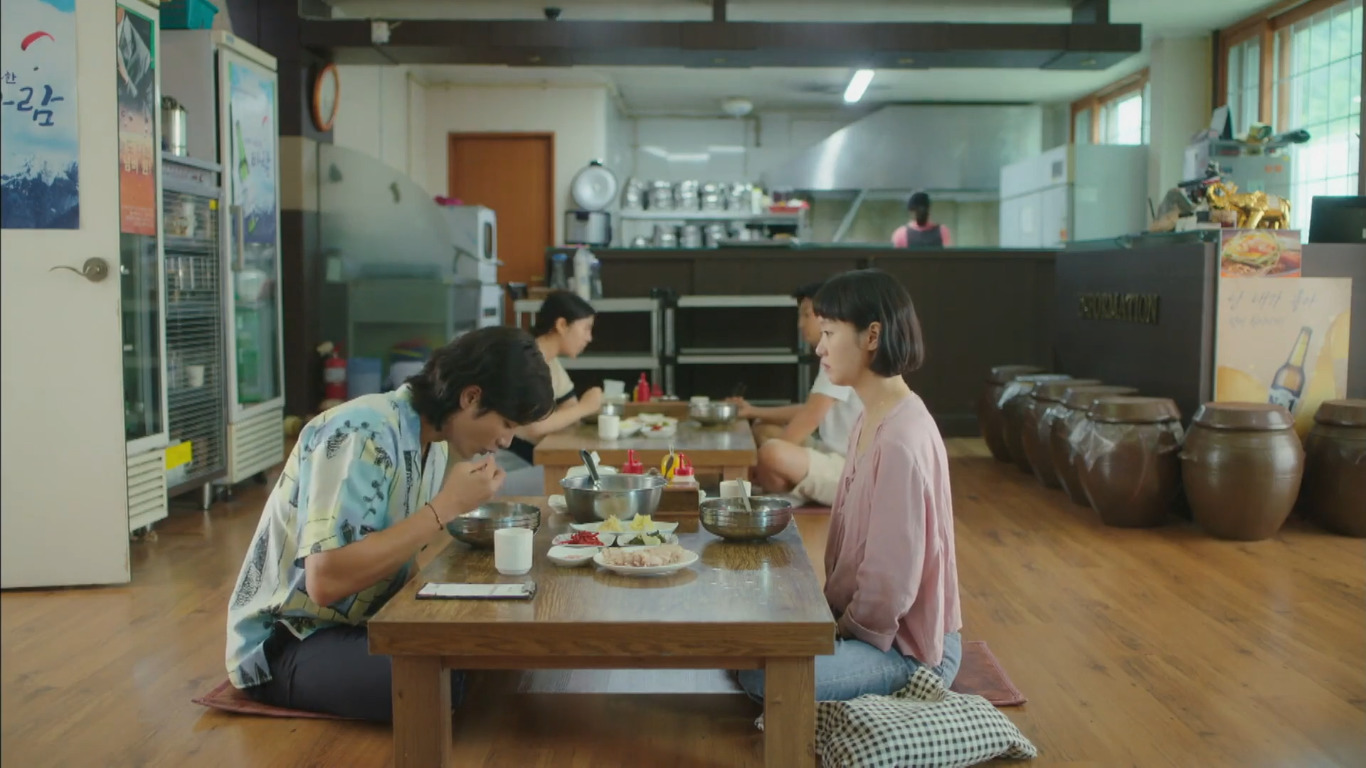 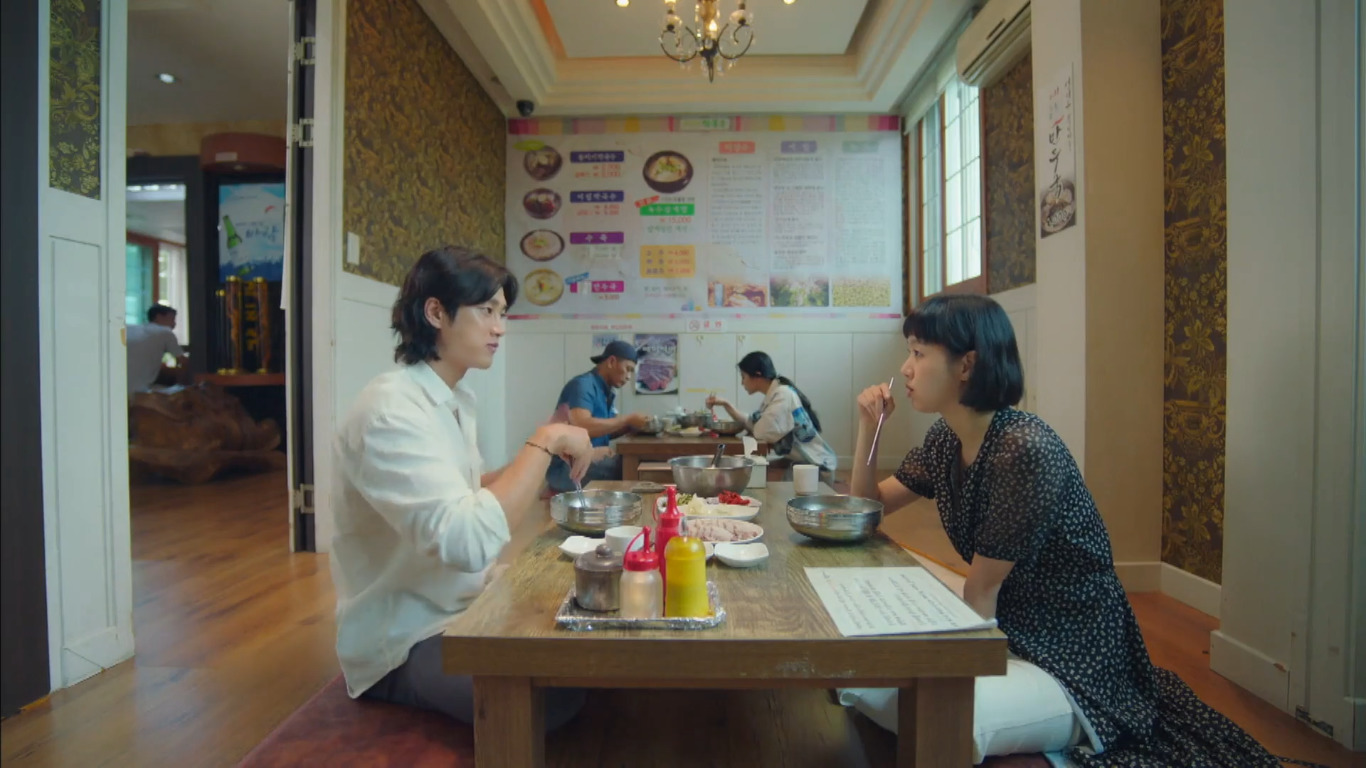 Yumi (Kim Go-eun) and Woong (Ahn Bo-hyun) go to the beach on their first couple weekend in full episode 6 of Yumi’s Cells (Yumiui Sepodeul/유미의 세포들) (tvN, 2021), but a disagreement about their accommodation forces them to cancel. Before they leave, they eat at this restaurant while continuing their argument in public. Yumi also loudly shares some personal TMI about Woong’s previous stomach upset, to the amusement of the other diners.

Eommason Makguksu [엄마손막국수], which translates to ‘Mum’s Handmade Makguksu’, is a fresh buckwheat noodles (makguksu) restaurant located in Gangneung’s neighborhood Gyeongpo [Gyeongpo-dong/경포동]. The restaurant is said to offer healthy, delicious food with a “precious taste just like a mother’s caring touch.” It is not only very popular with locals, but it also won the gold medal and Grand Prize at the 2014 Korea International Cooking Contest for their signature dishes: makguksu and mung bean samyetang (ginseng chicken soup).

The fresh noodles are made by kneading 100% pure buckwheat with dongchimi broth —a water-based radish kimchi made with mineral water— and cooked for 6 hours, which is said to give the noodles a refreshing flavor and detoxifying properties. Dongchimi makguksu costs 8,000 won.