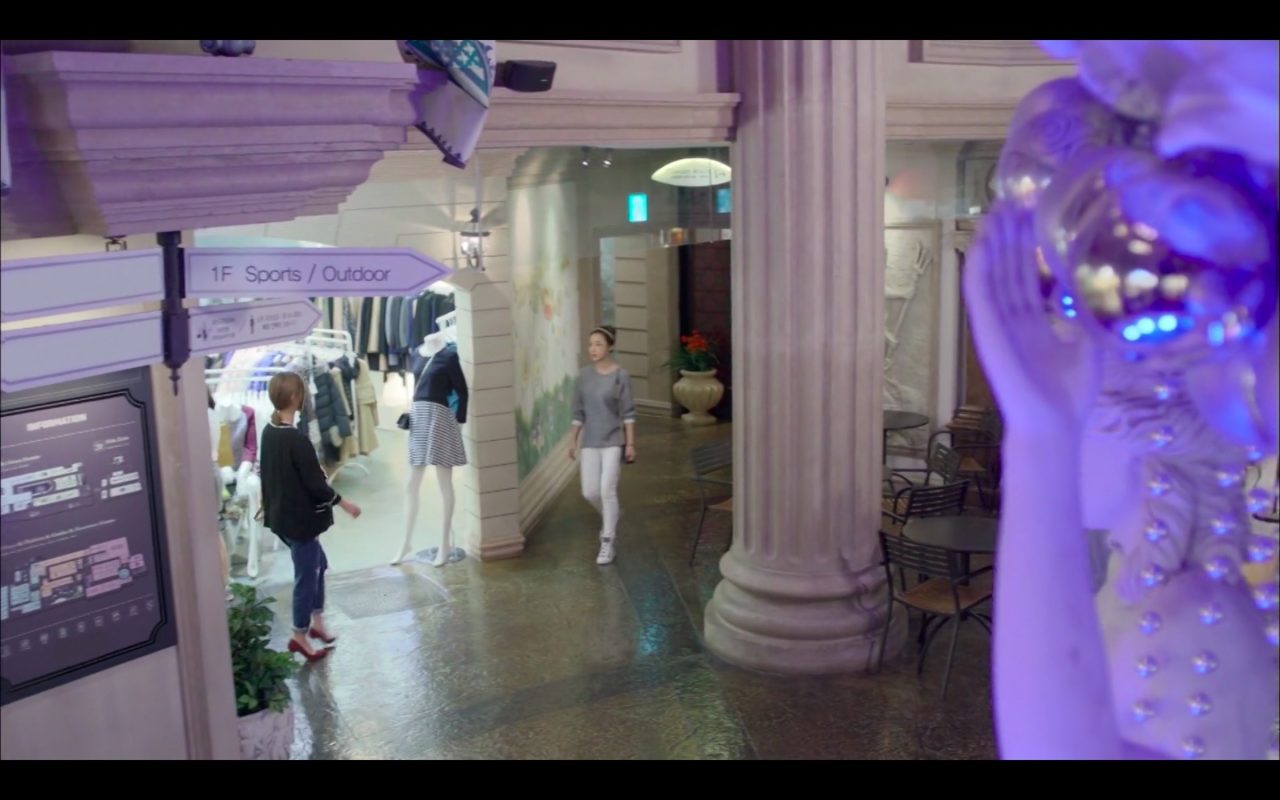 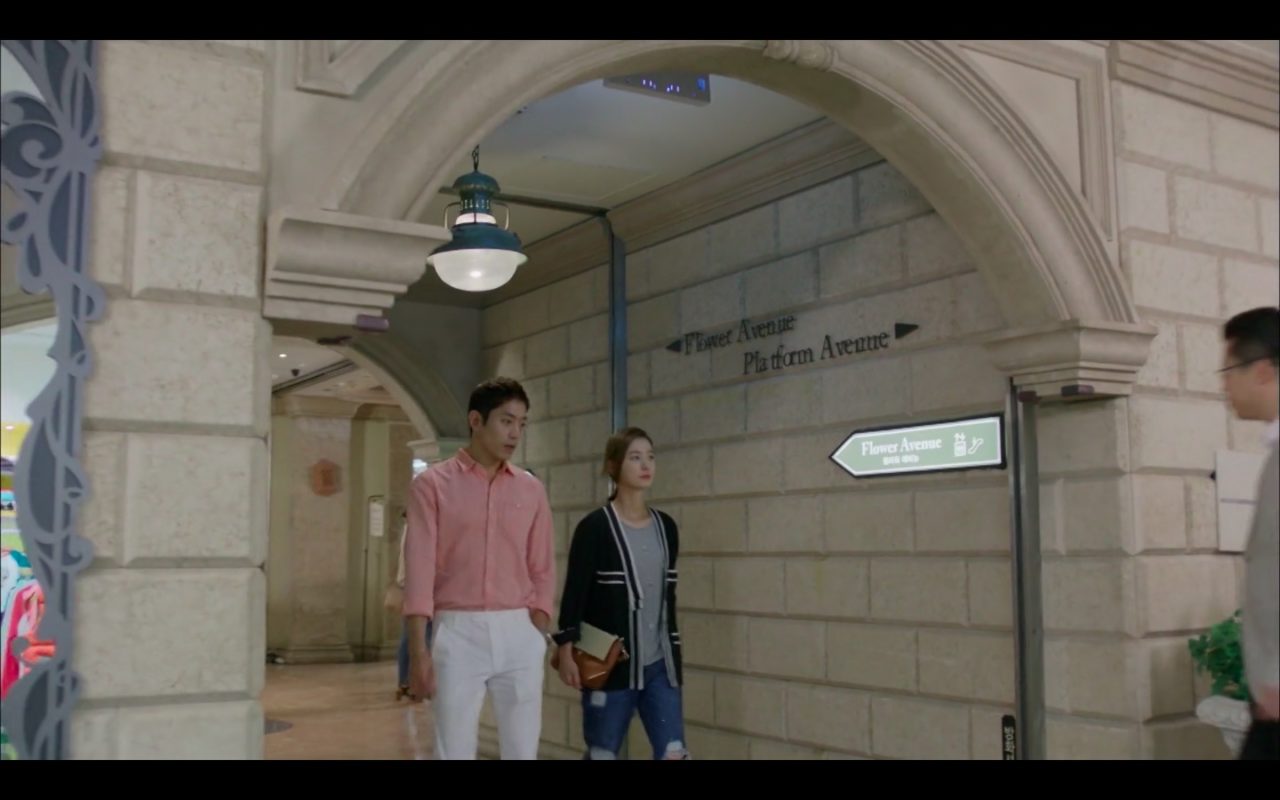 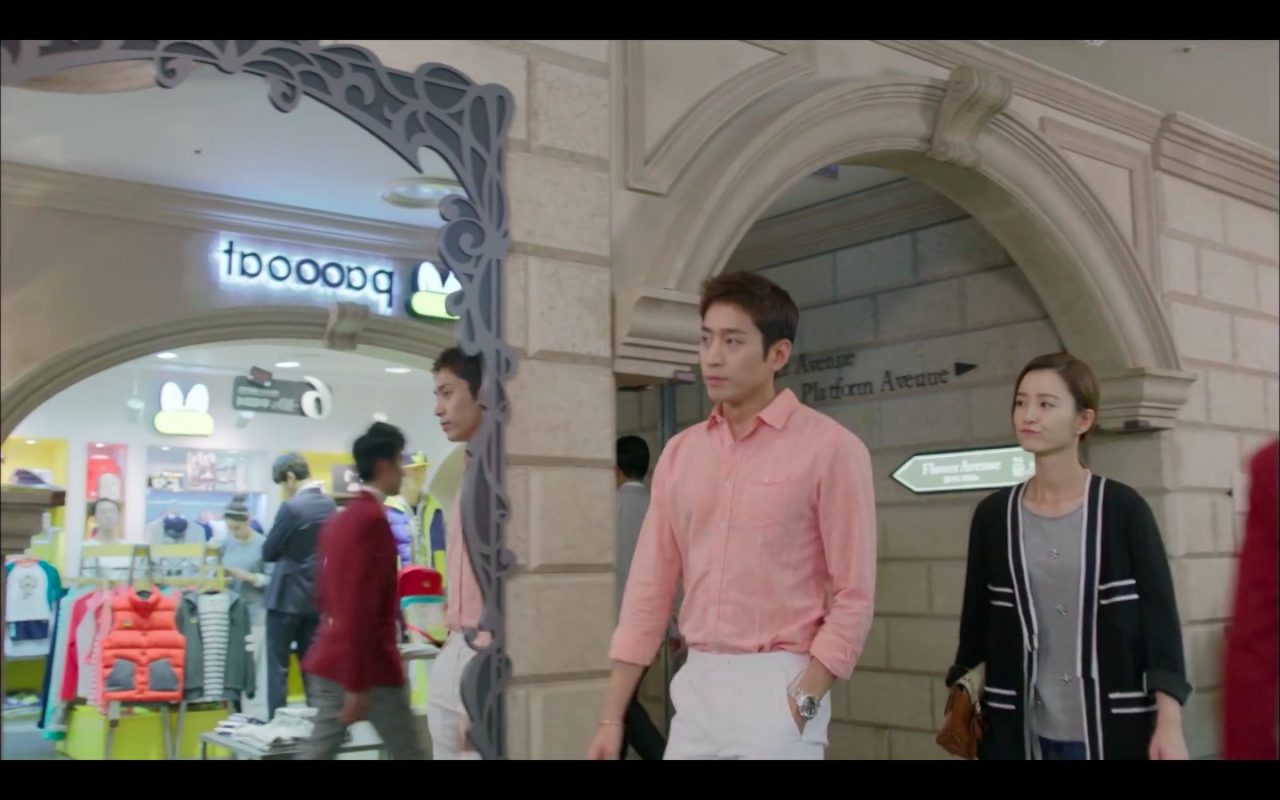 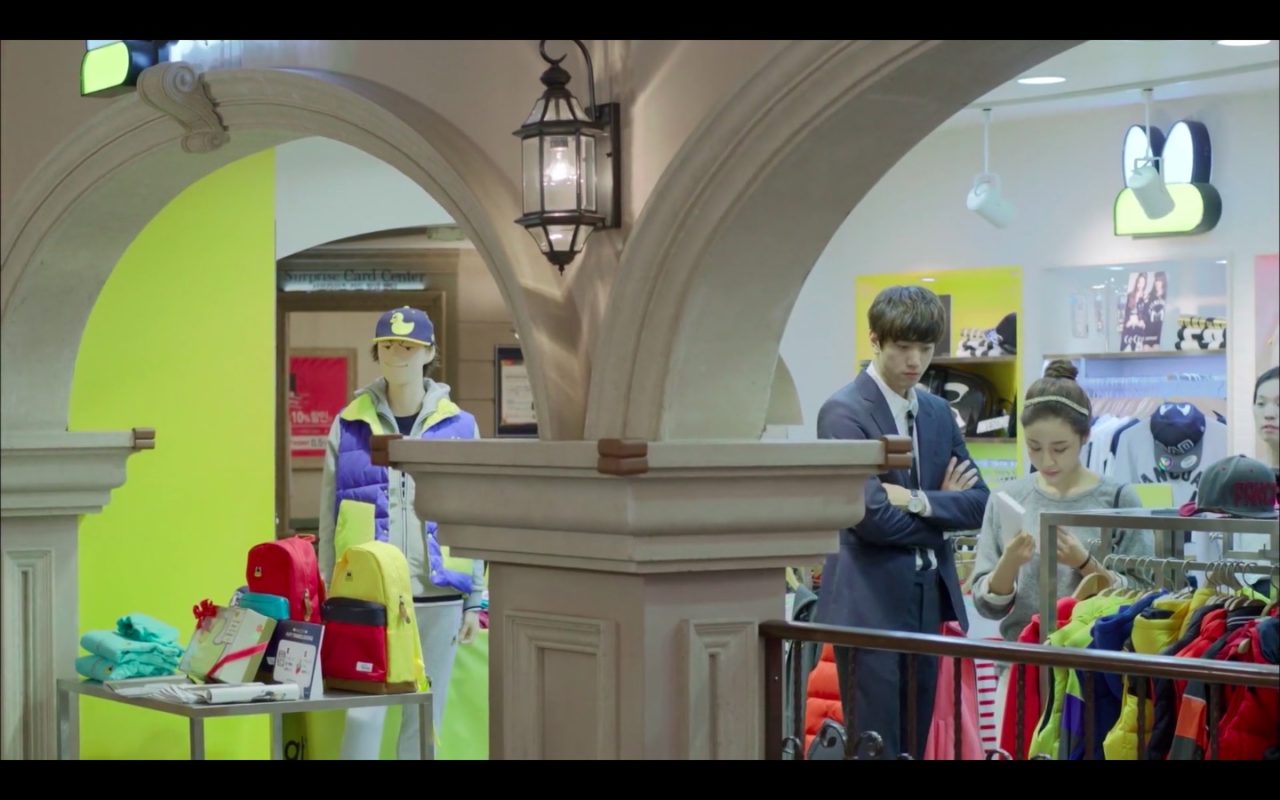 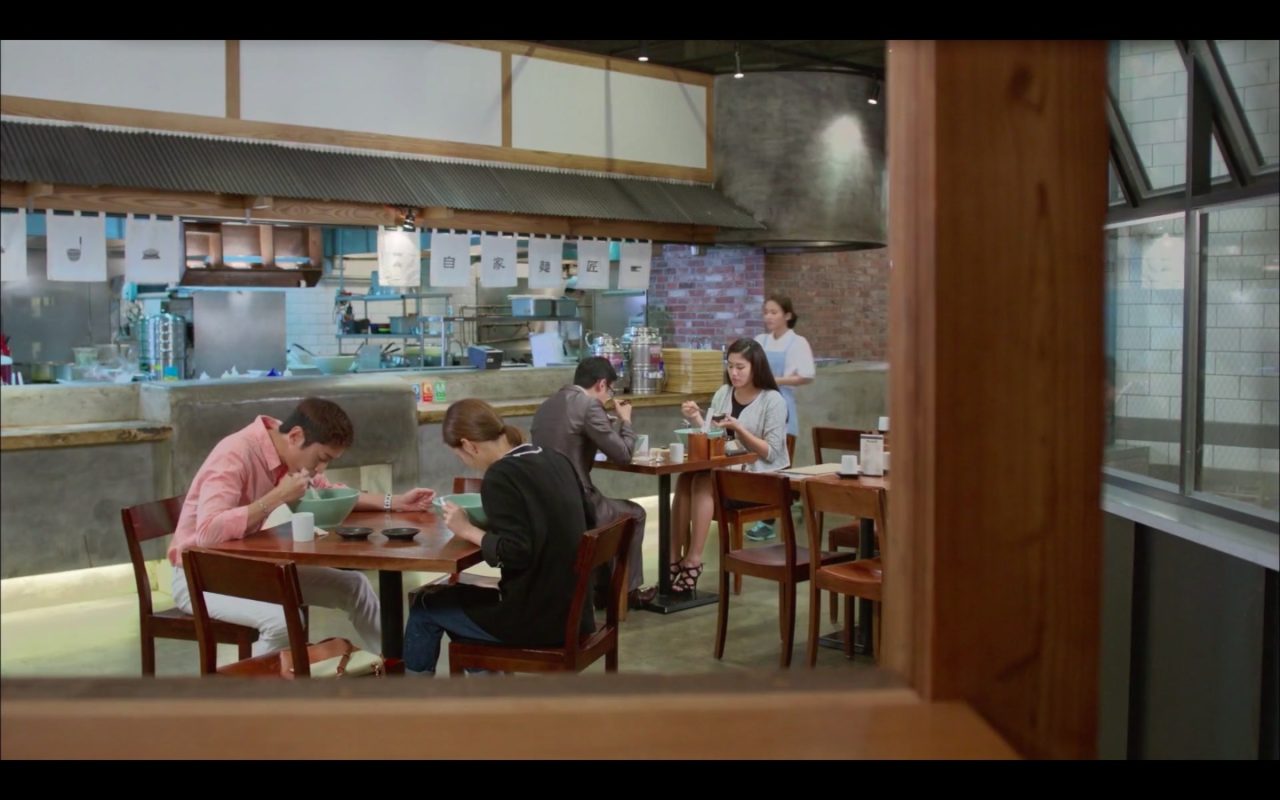 Han Yeo-reum (Jung Yu-mi) and Kang Tae-ha (Eric from SHINHWA) come to this mall for lunch after a meeting in episode 9 of Discovery of Love/Discovery of Romance (연애의 발견) (KBS2, 2014). Unbeknownst to them, Nam Ha-jin (Sung Joon) and Ahn Ah-rim (Yoon Jin-yi) had reached before them, and were looking at children’s clothes to donate to the orphanage. Later, Yeo-reum and Ah-rim cross paths as they were each heading to and leaving the washrooms.

Enter-6 – Wangsimni Station [엔터식스 왕십리역점], opened in 2008, is the first shopping mall opened by Enter-6, a retailer that specializes in low to mid-range priced goods, established in 1994.

This mall is not located within the same-named station, but in the privately owned Bitplex Building [비트플렉스 건물] just behind the station in Seoul’s neighborhood Haengdang [Haengdang-dong/행당동] in the Seongdong District [Seongdong-gu/성동구]. It’s a 10-minute walk to the next nearest Enter-6: Park Avenue [엔터식스 파크에비뉴한양대점].

The interior of this mall was modelled after various key European themes and attractions, such as the Trevi fountain in Rome and the rose gardens of Provence, among others.