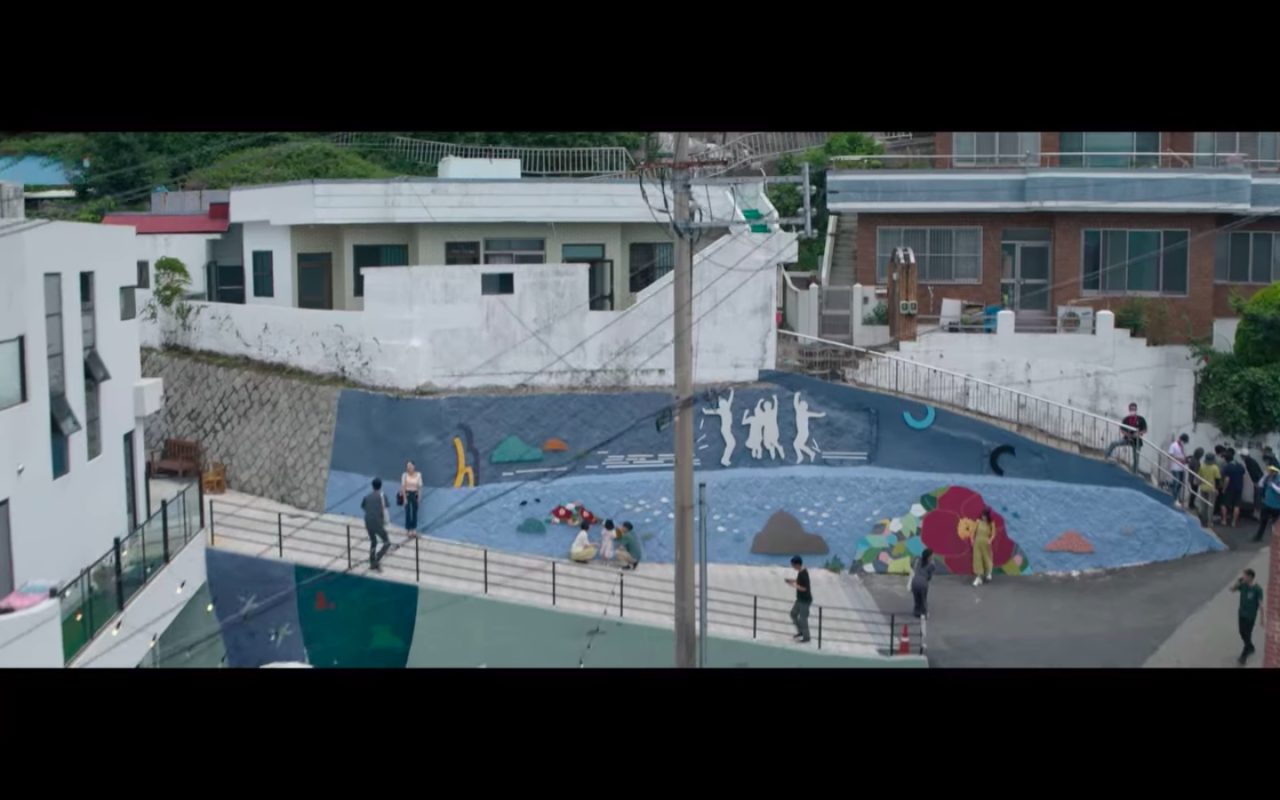 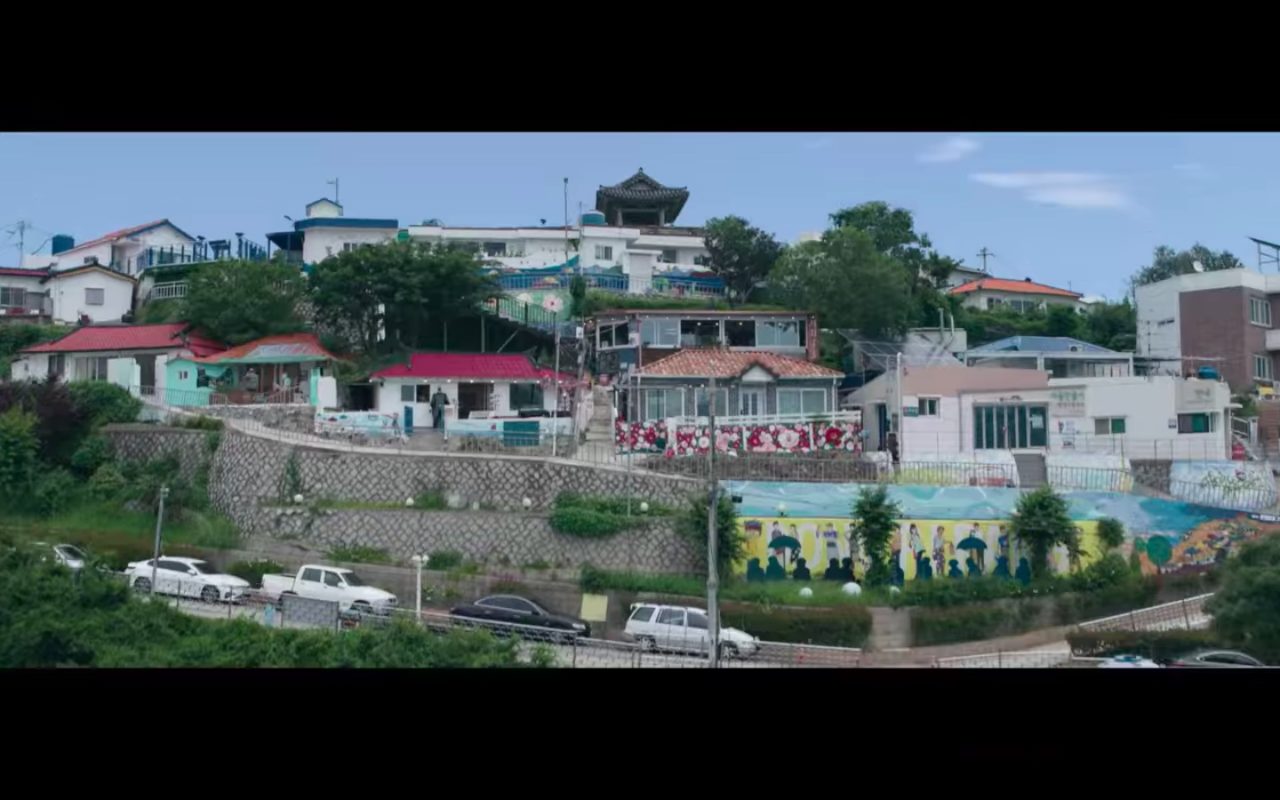 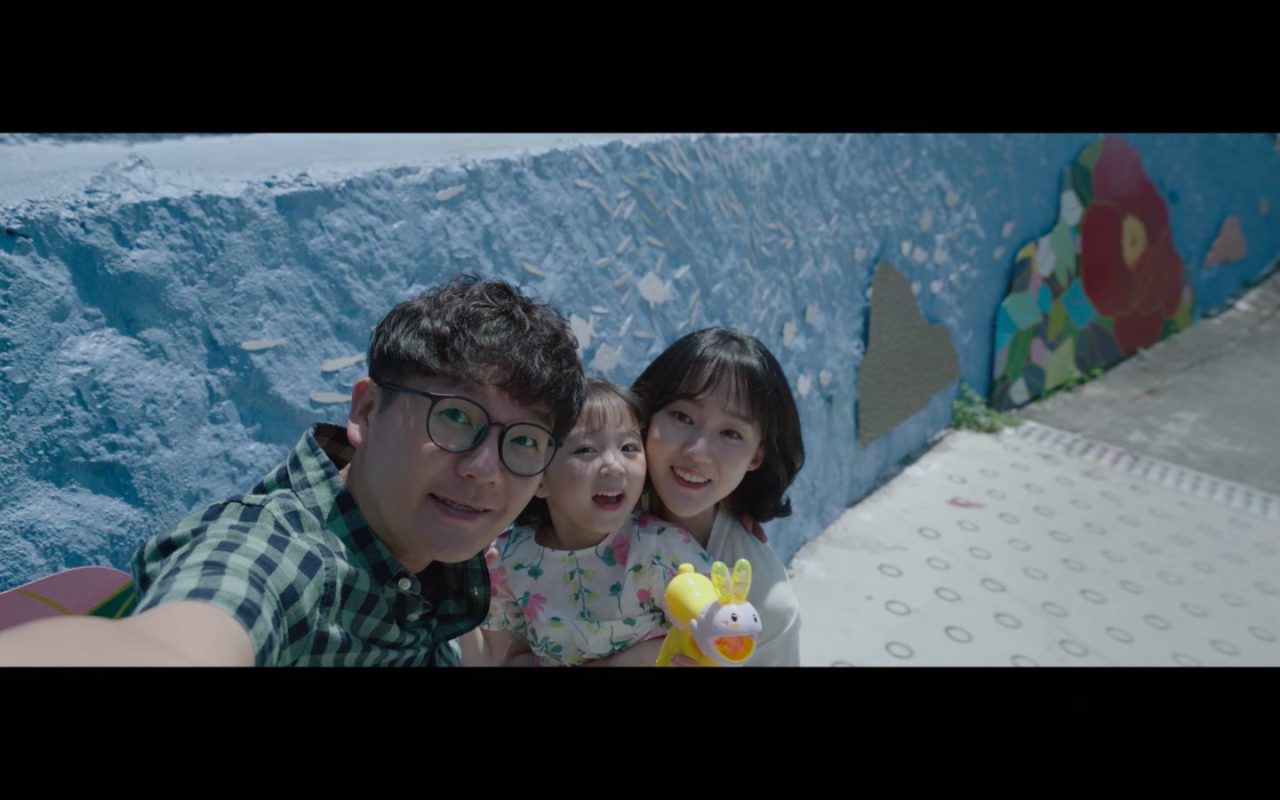 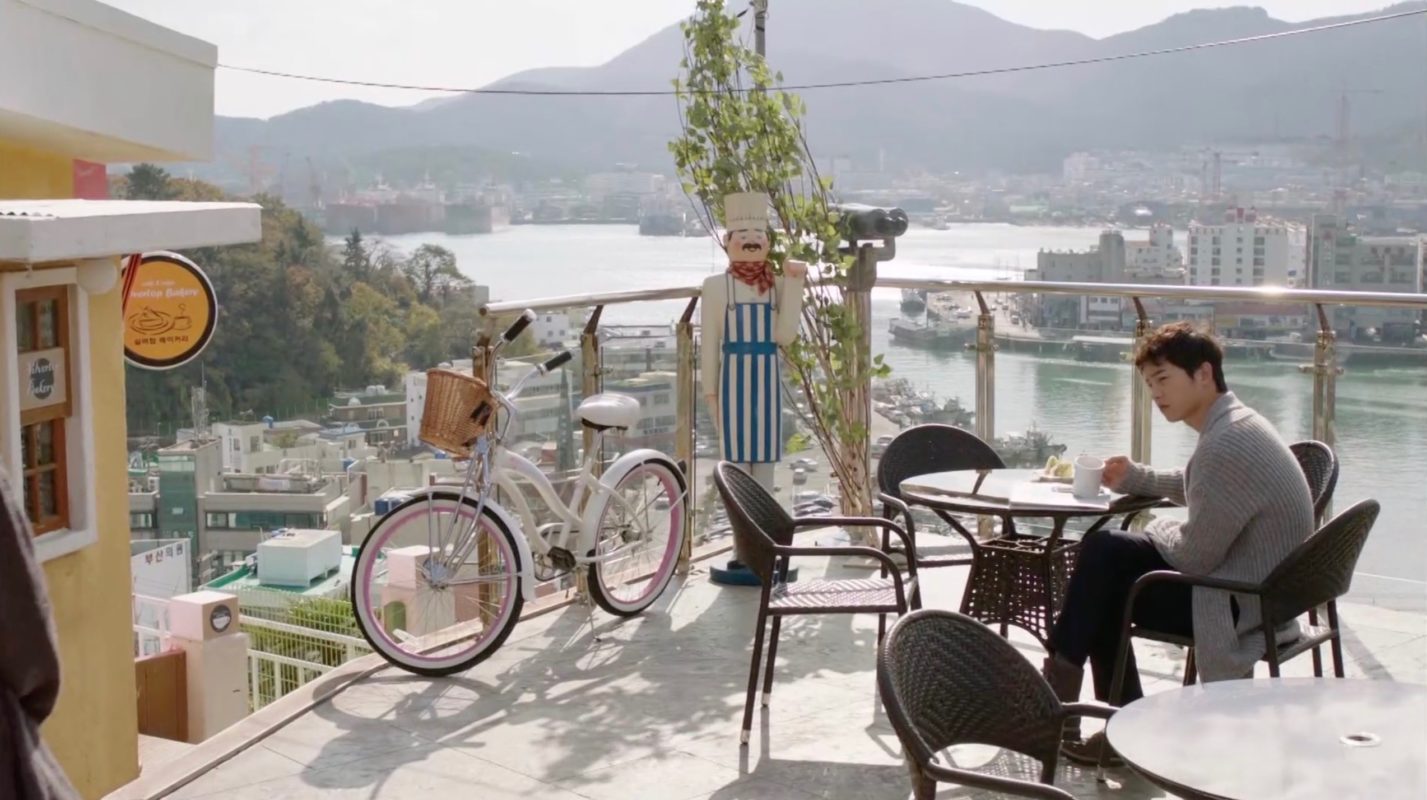 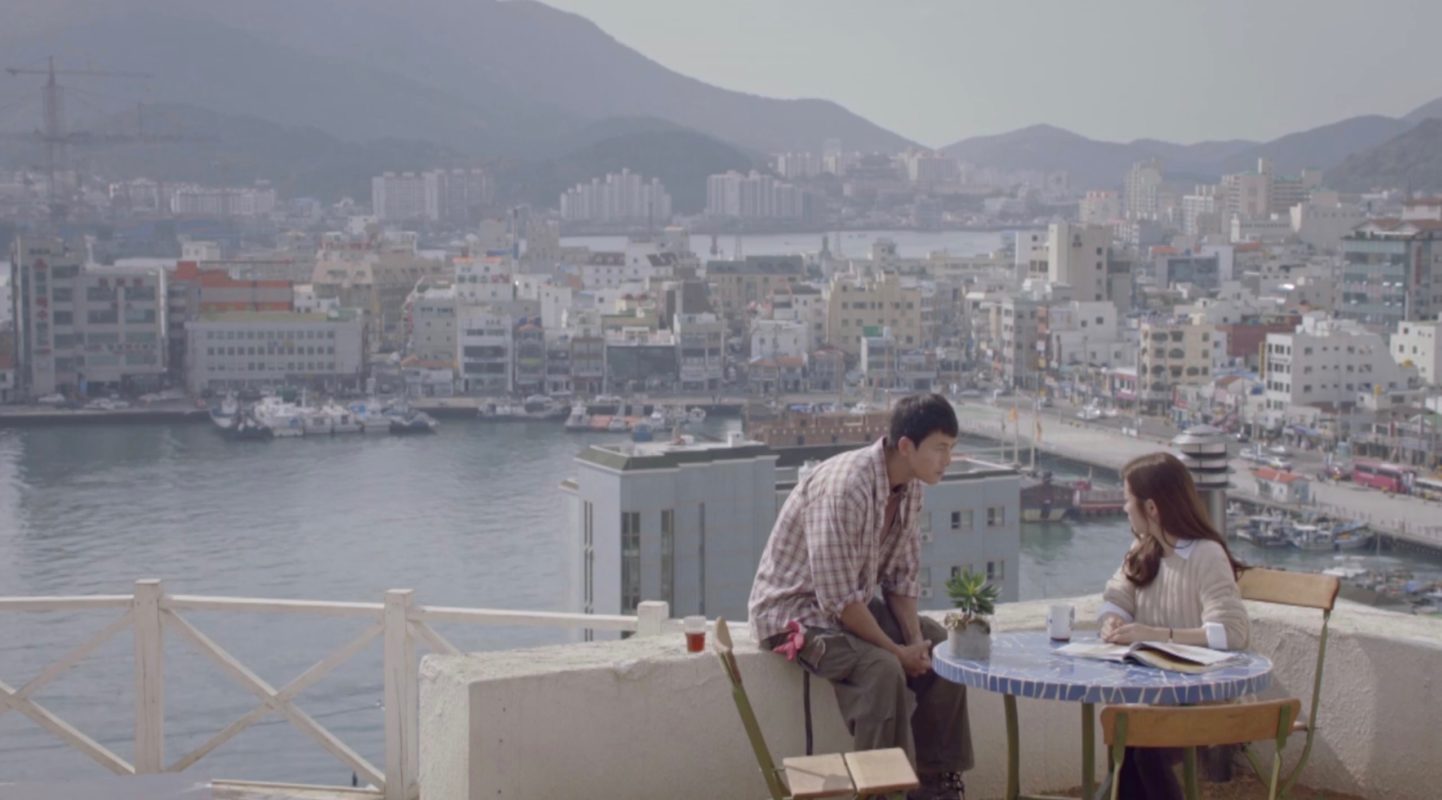 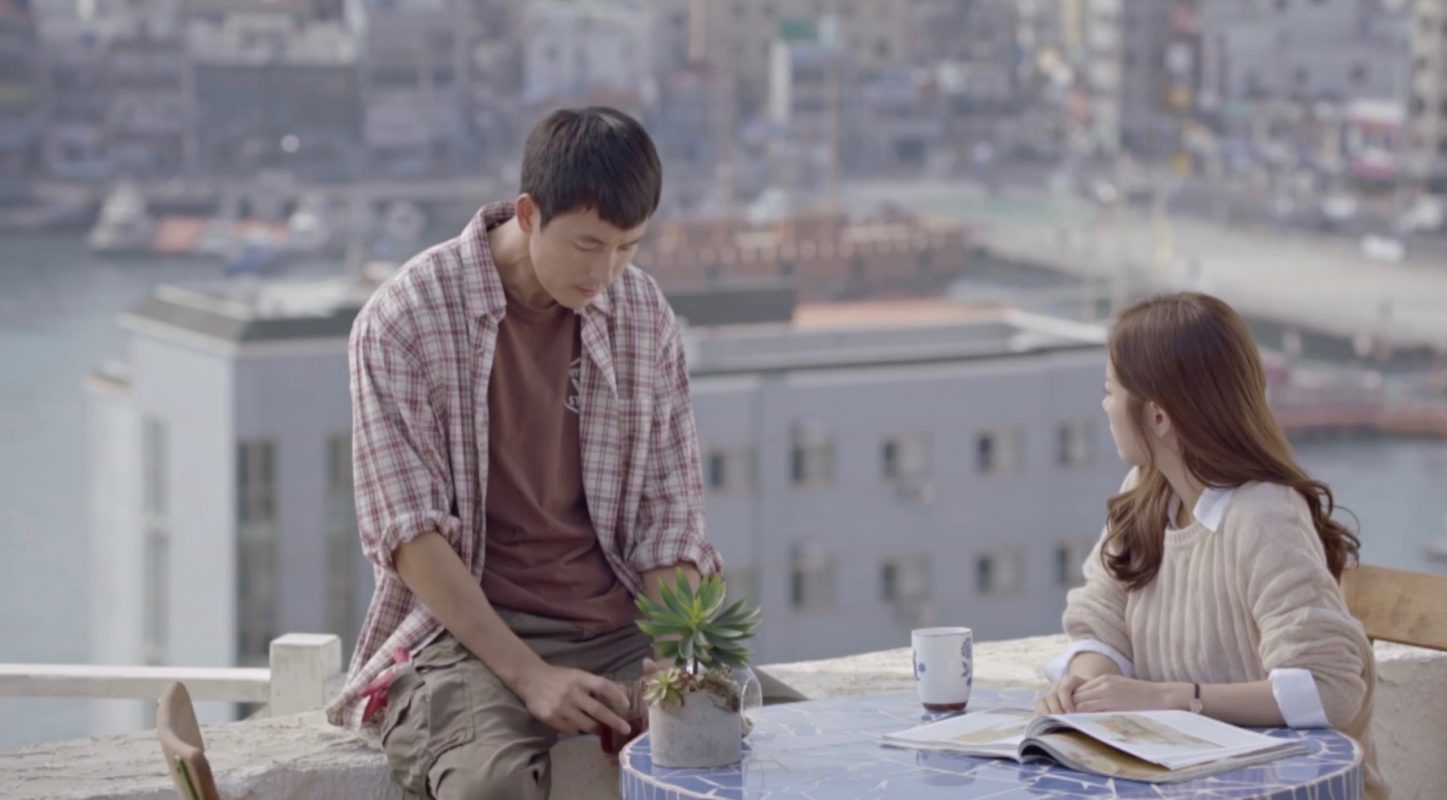 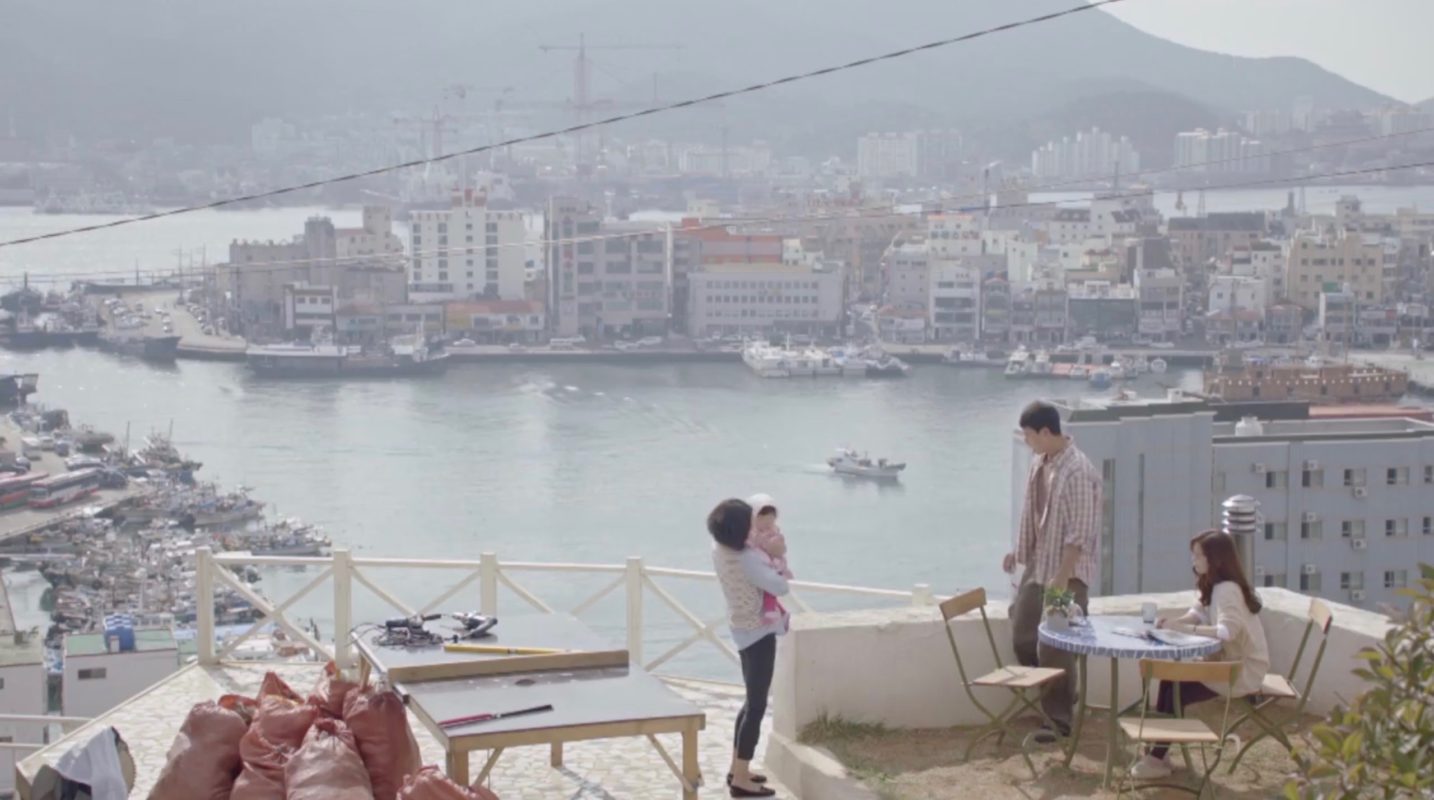 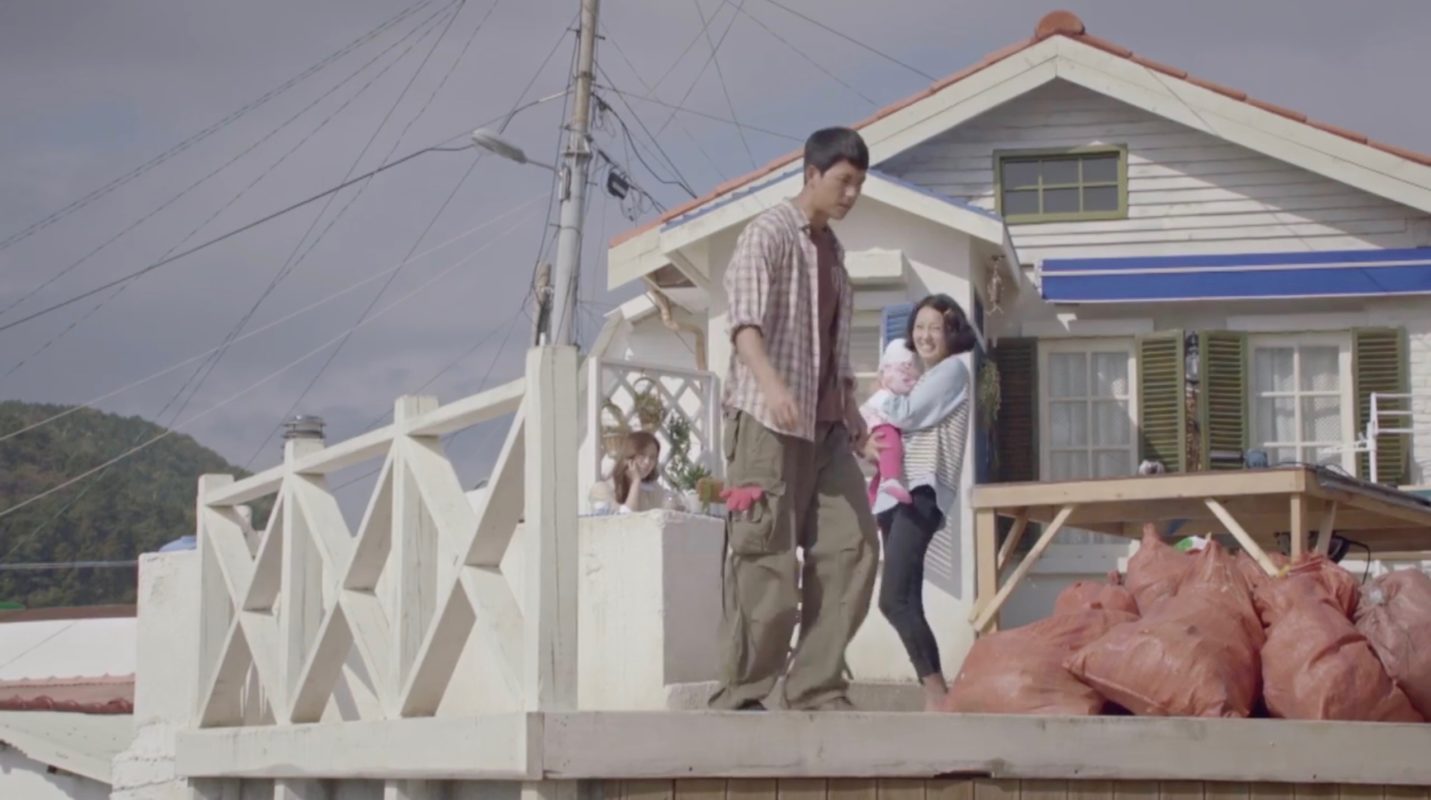 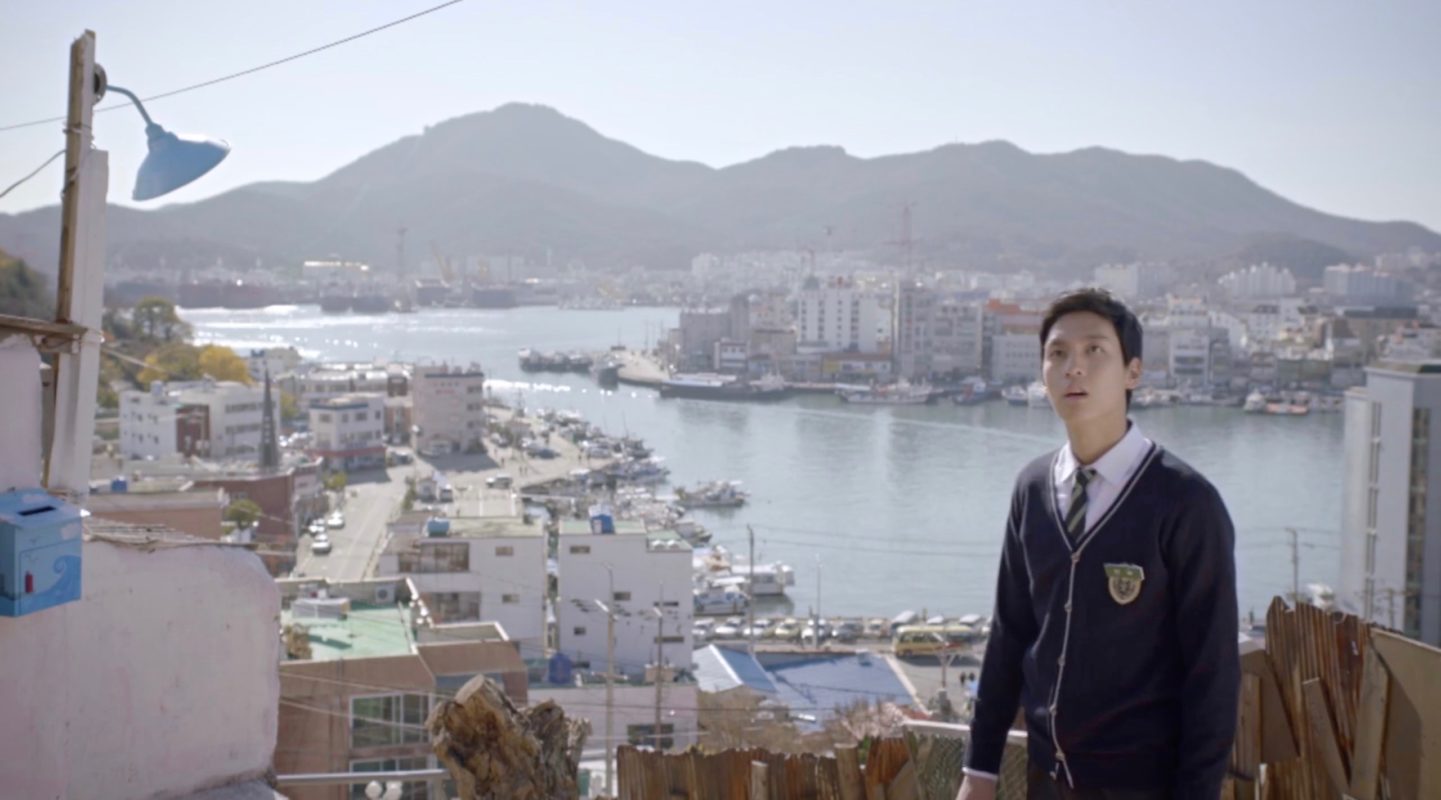 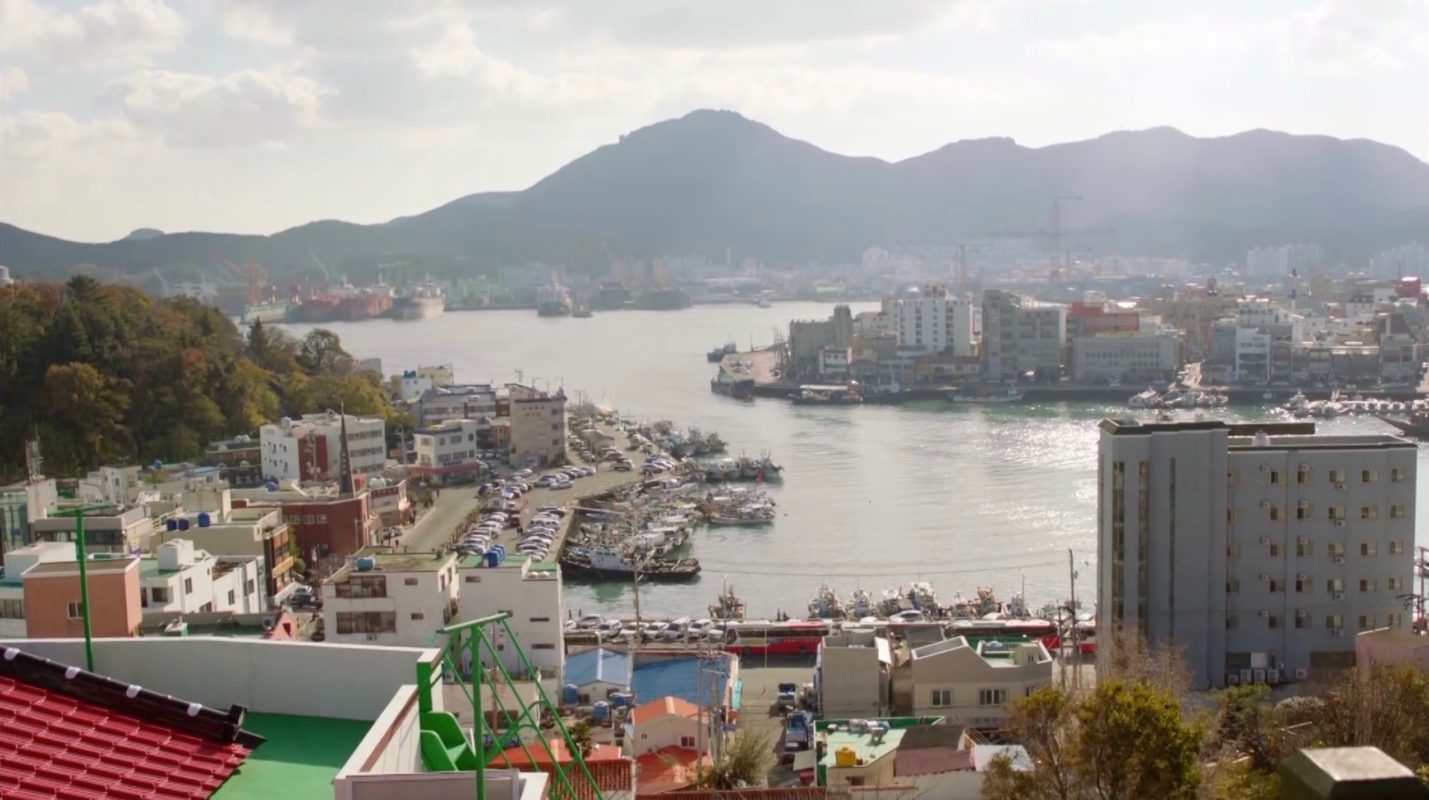 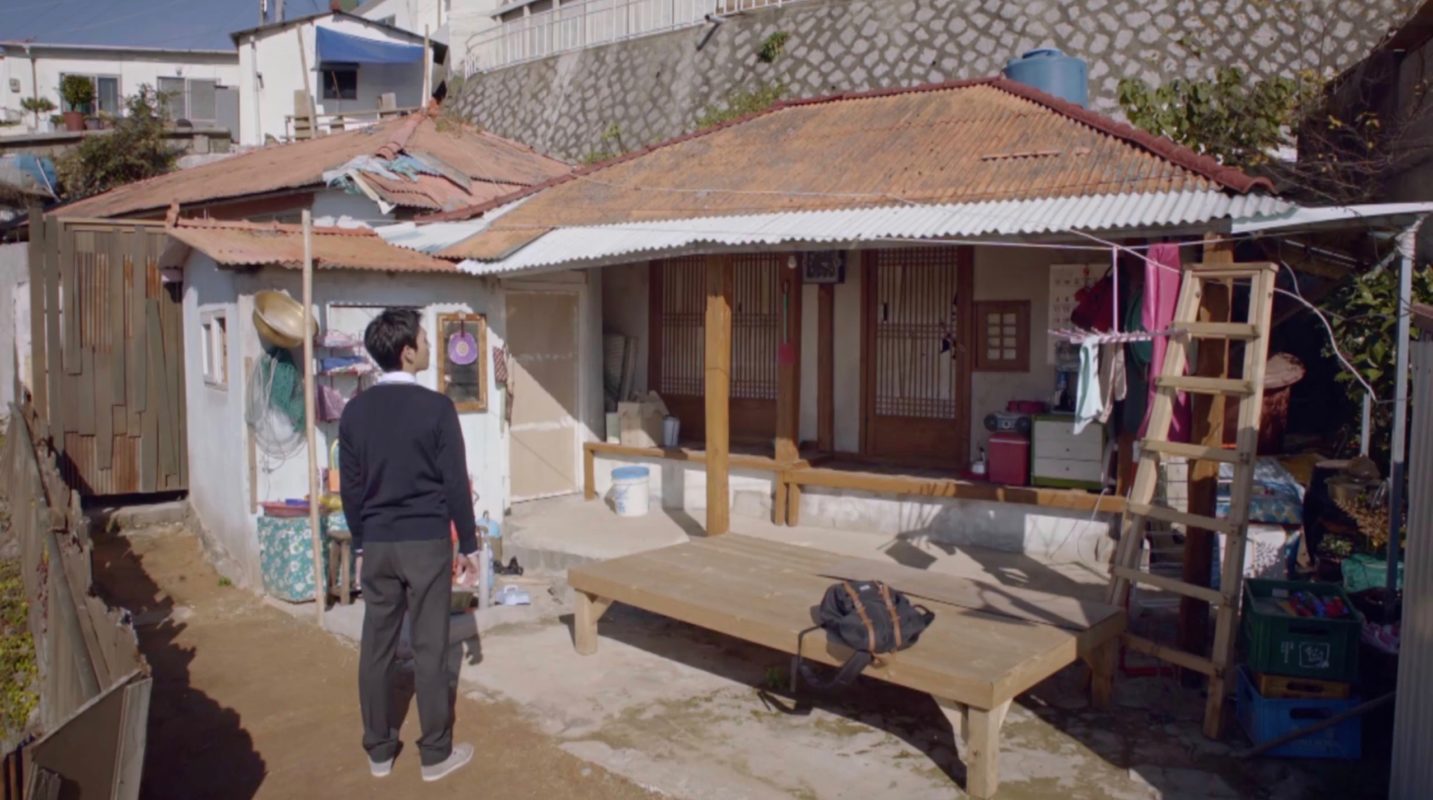 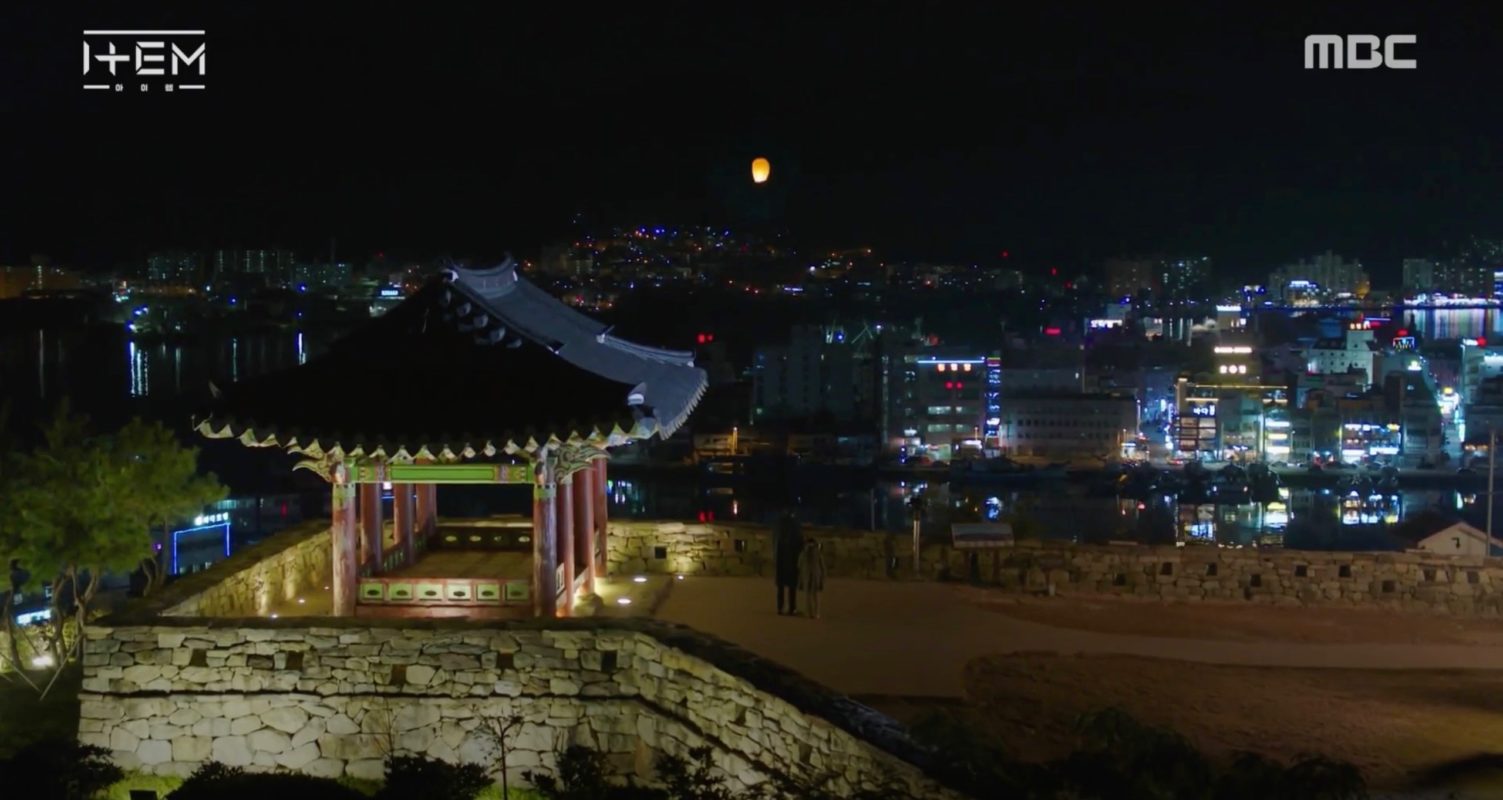 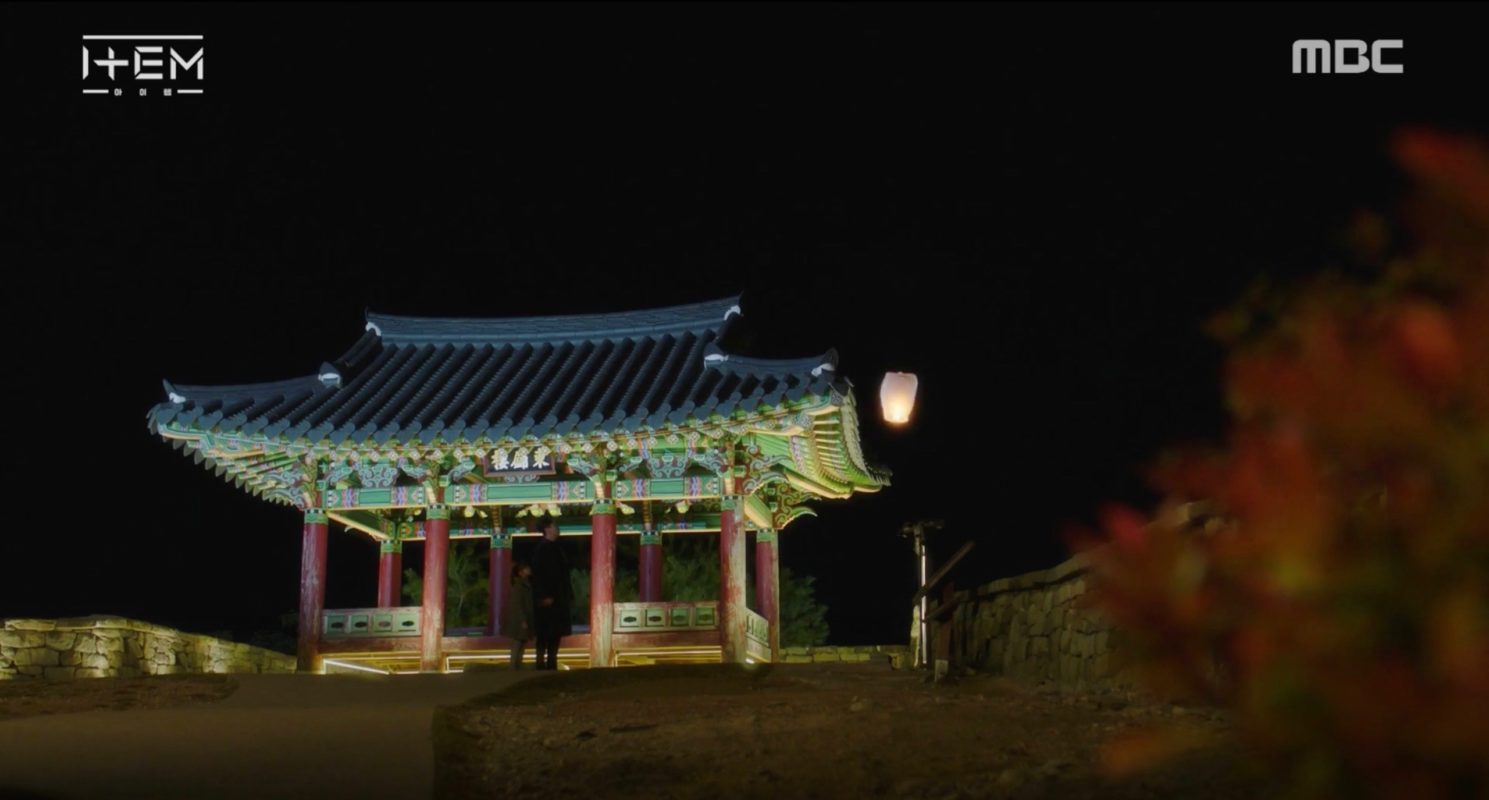 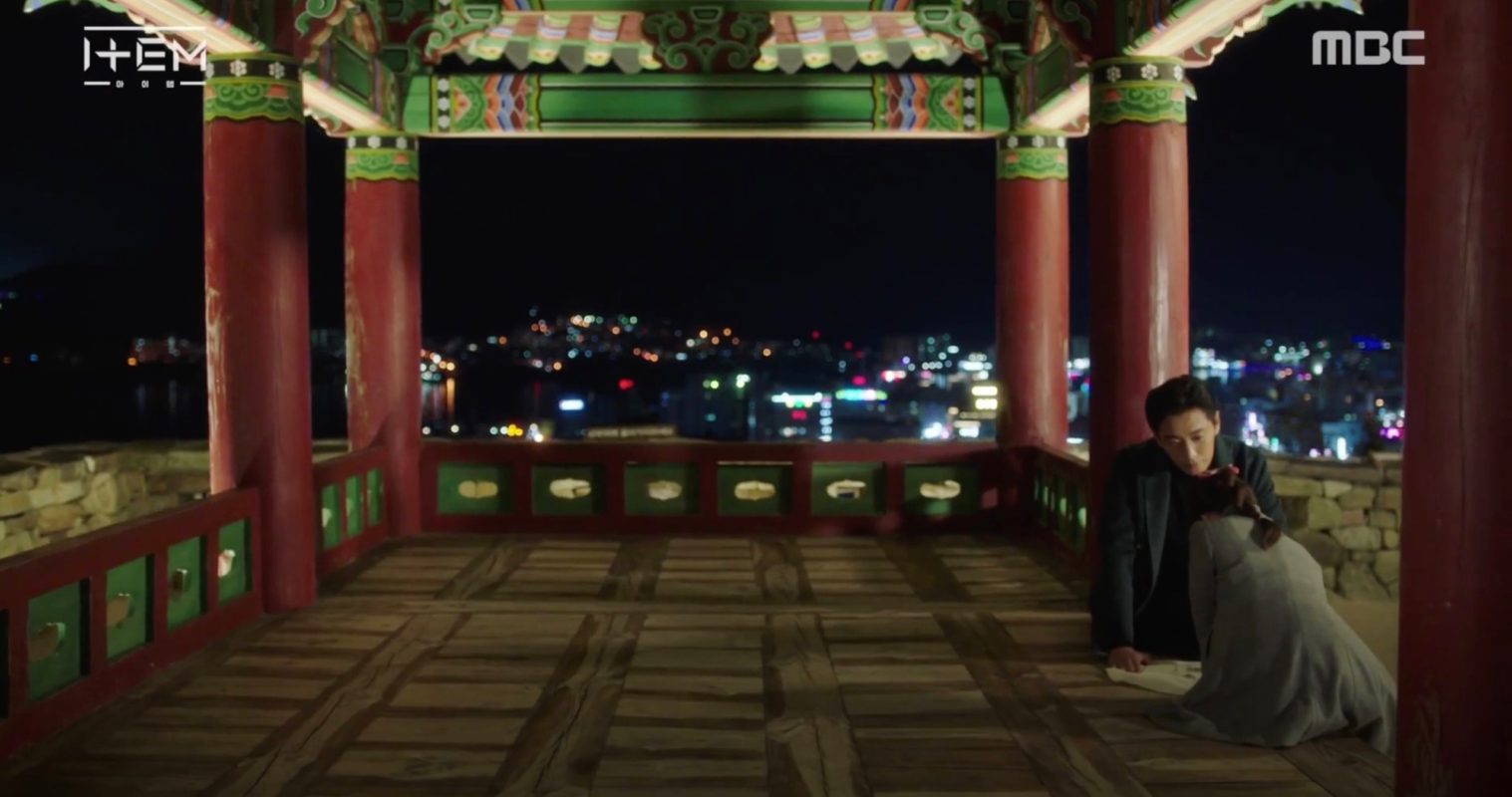 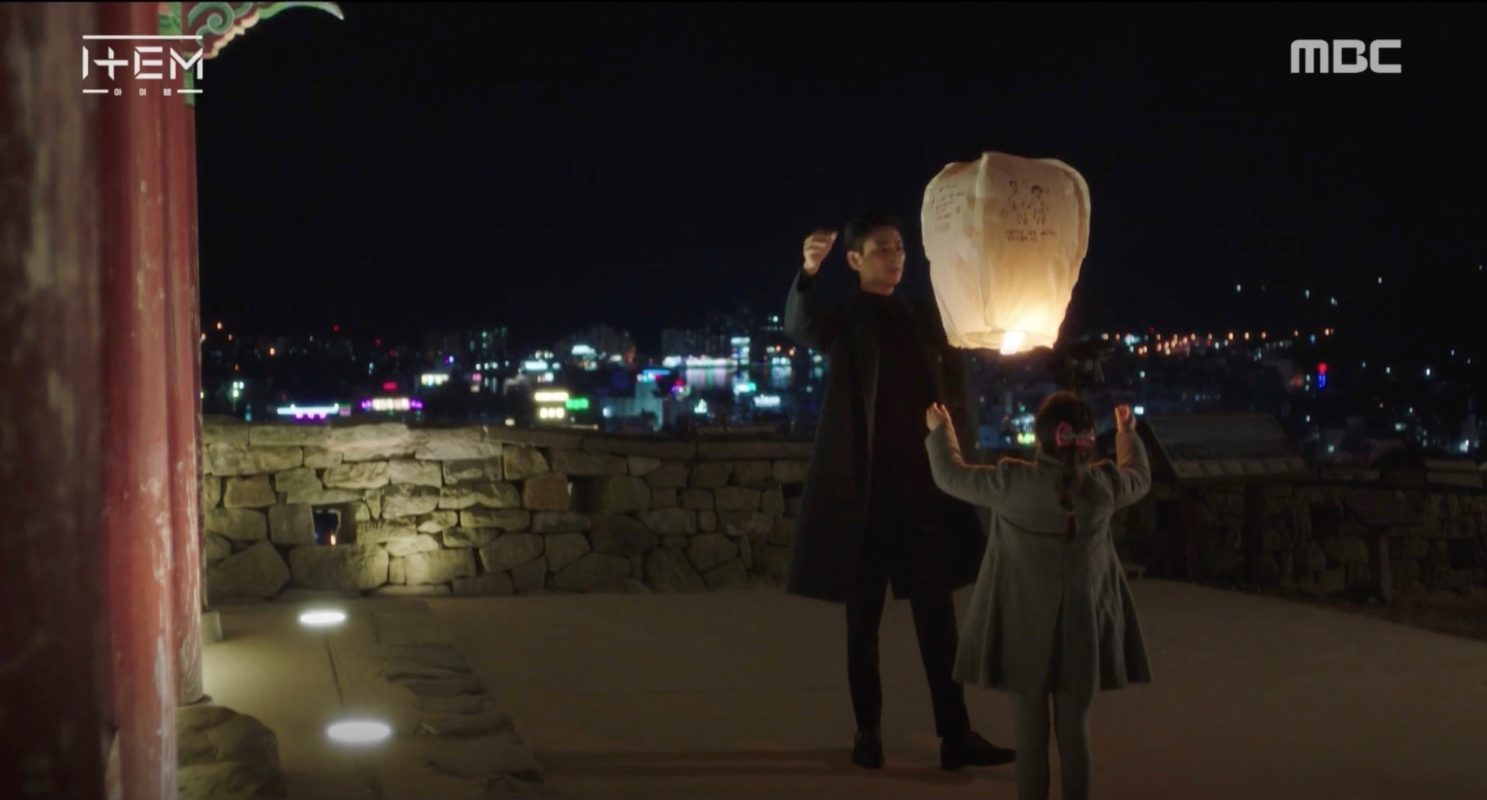 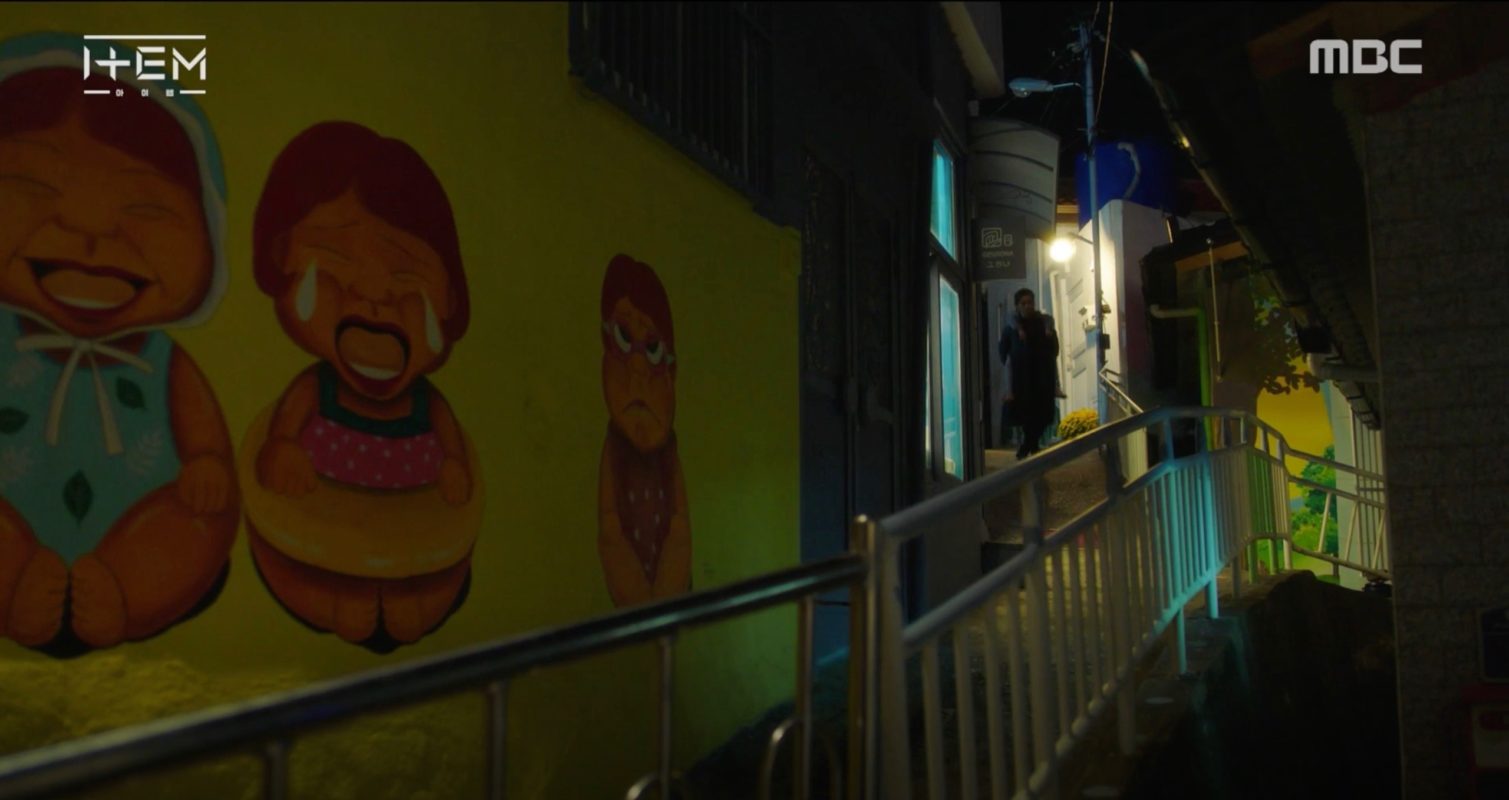 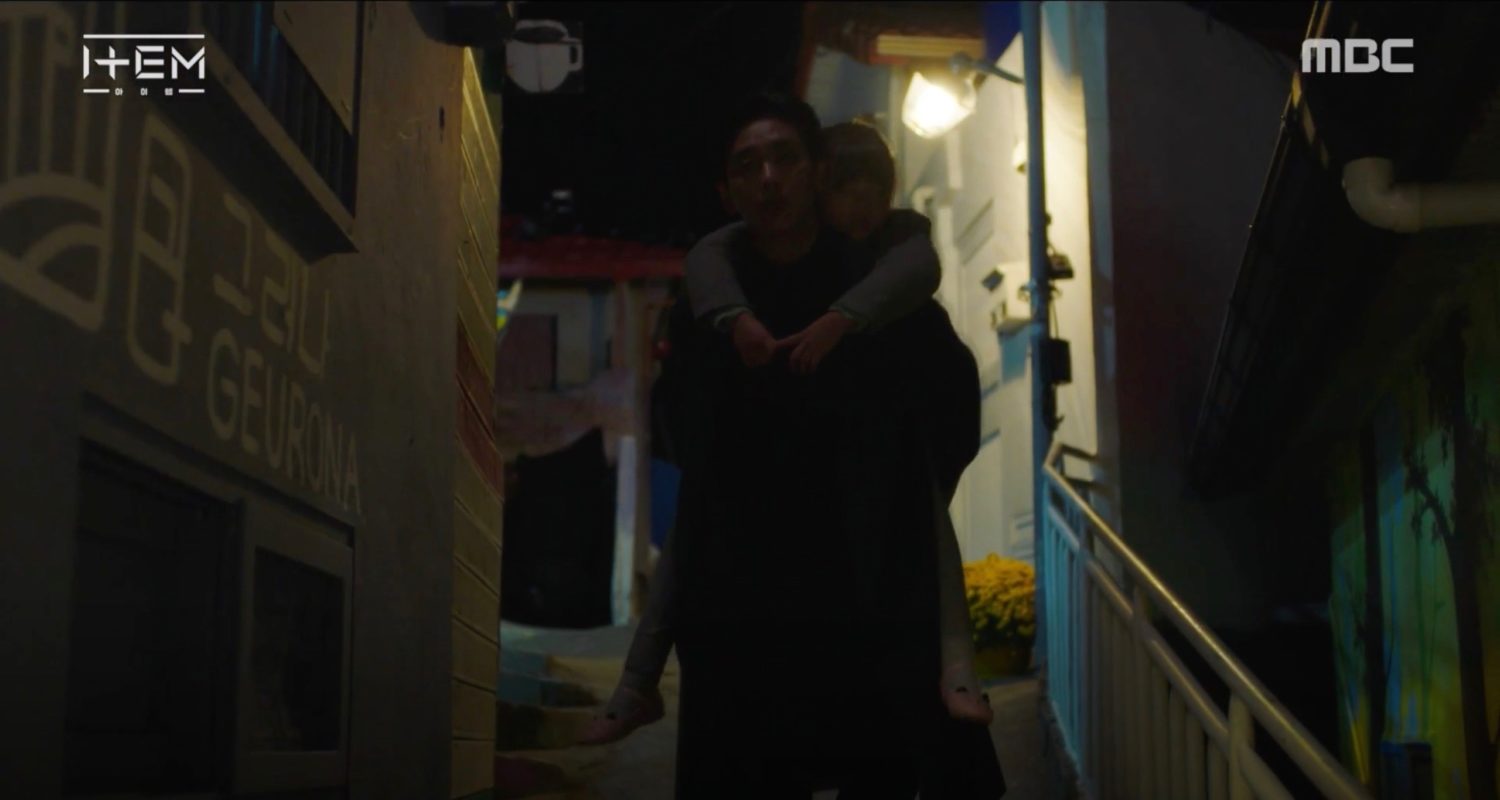 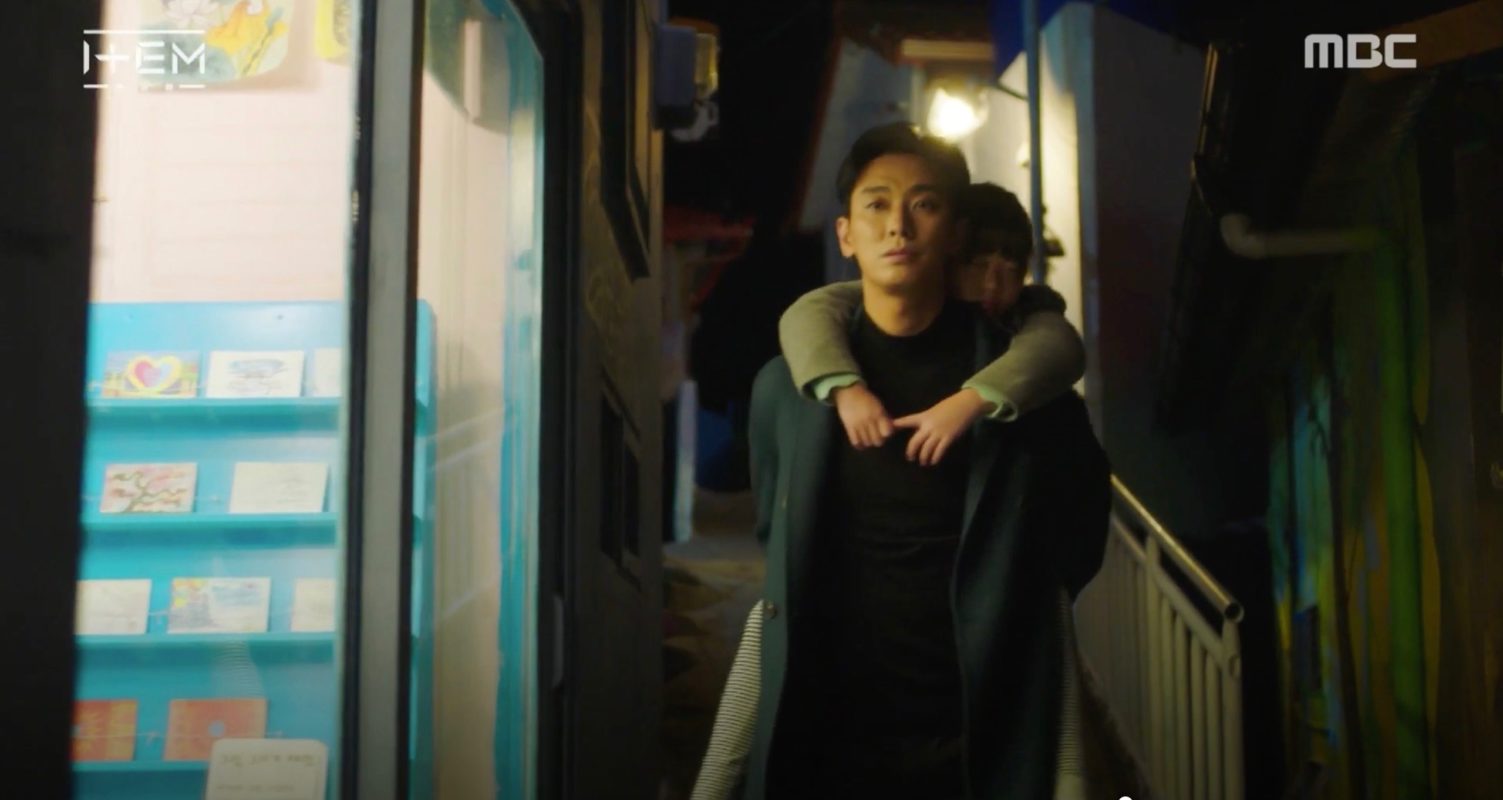 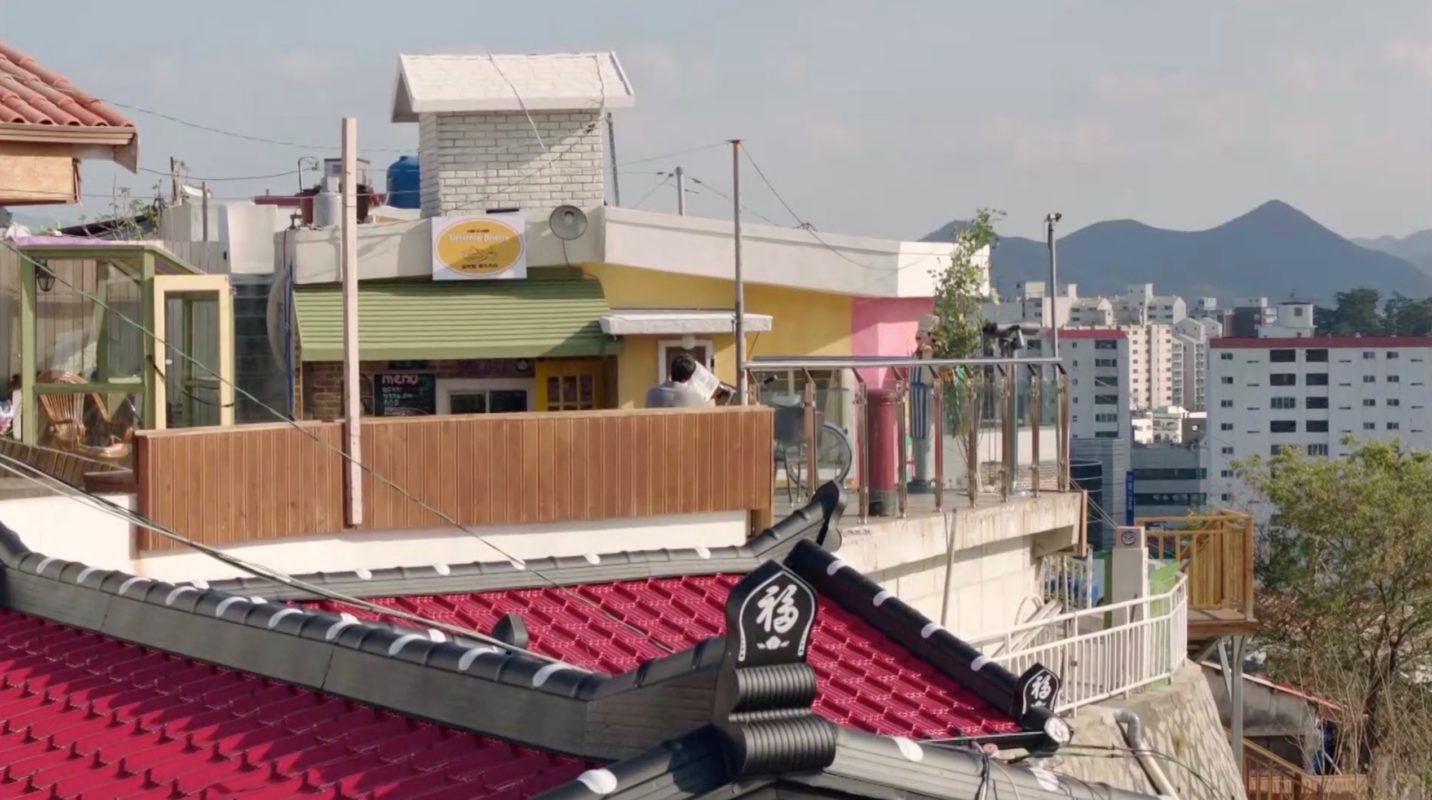 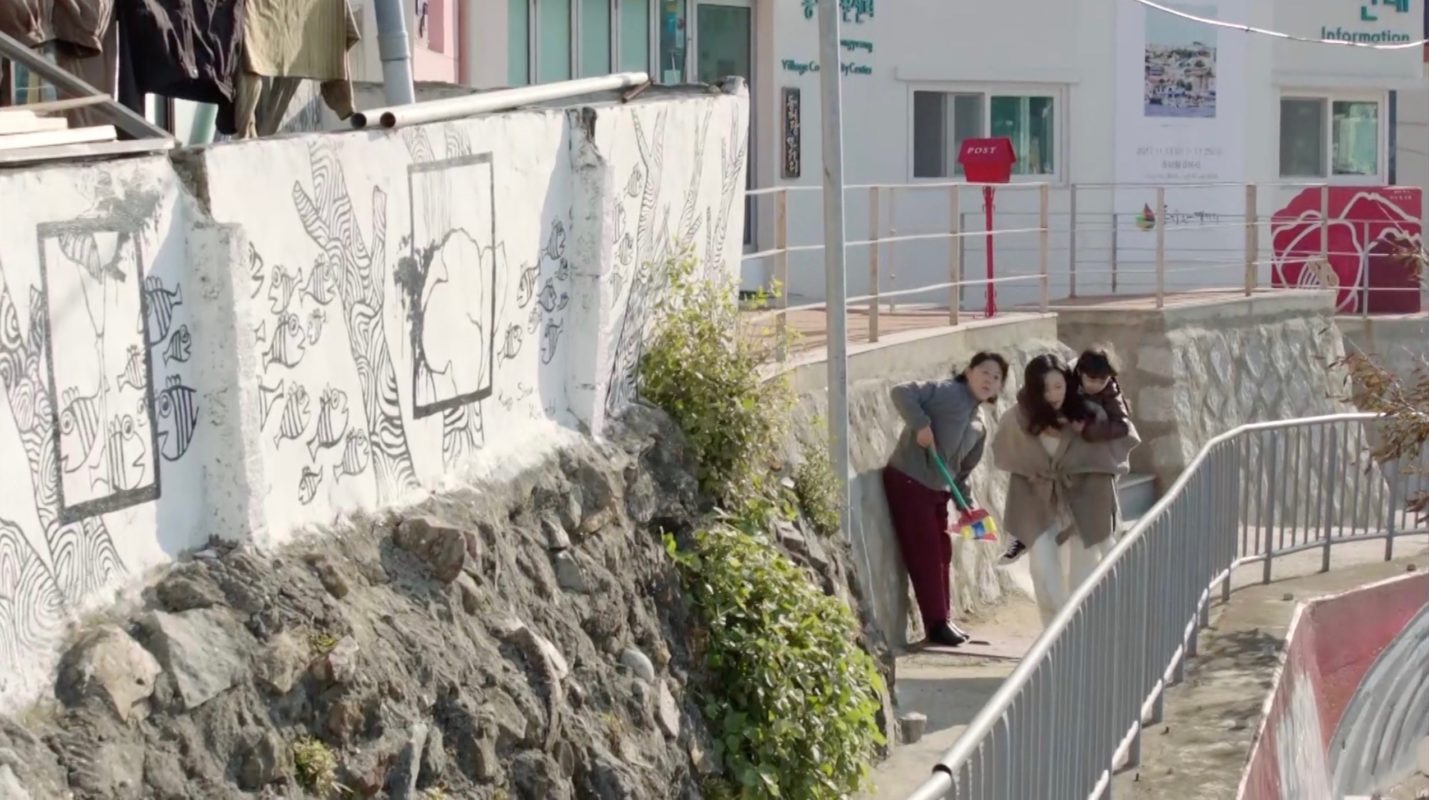 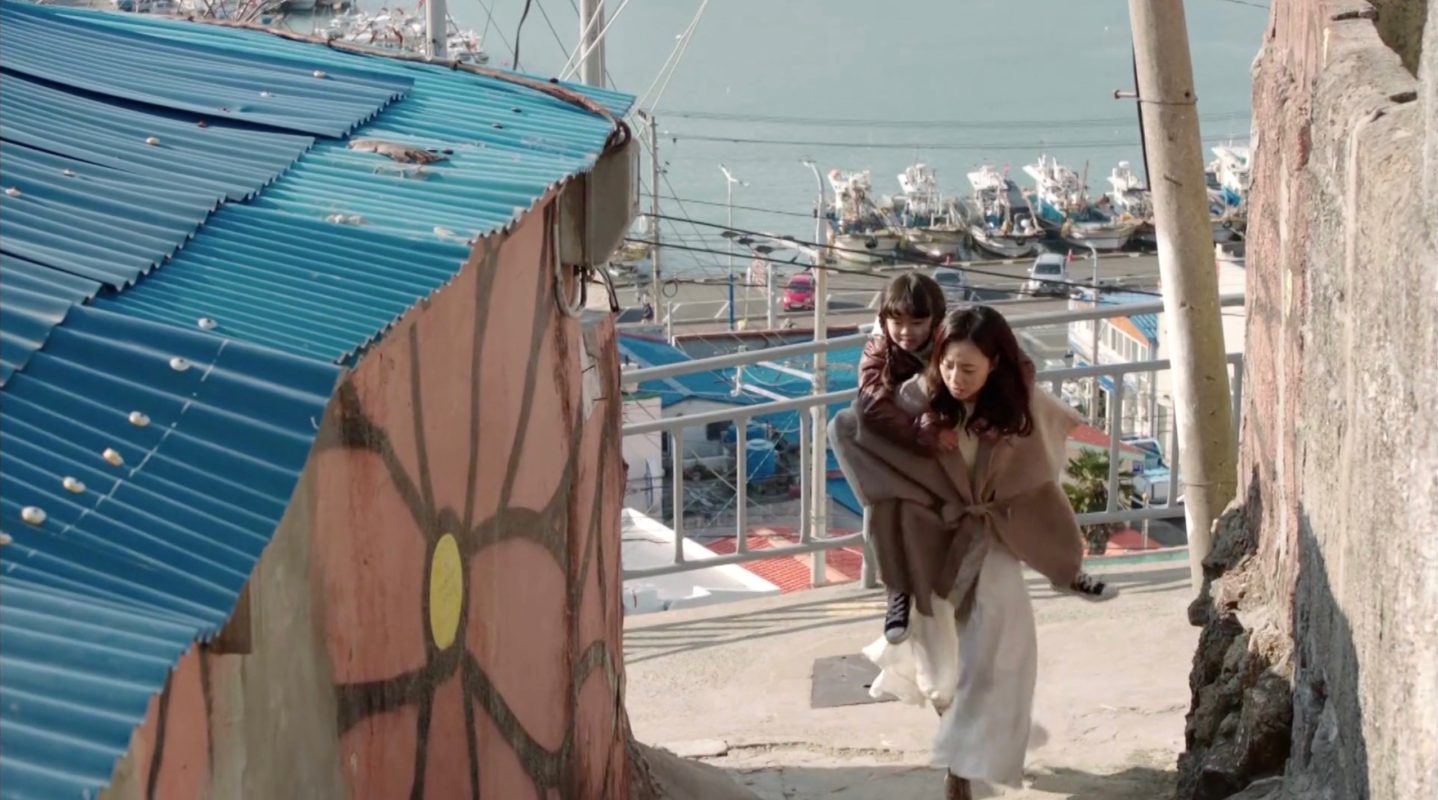 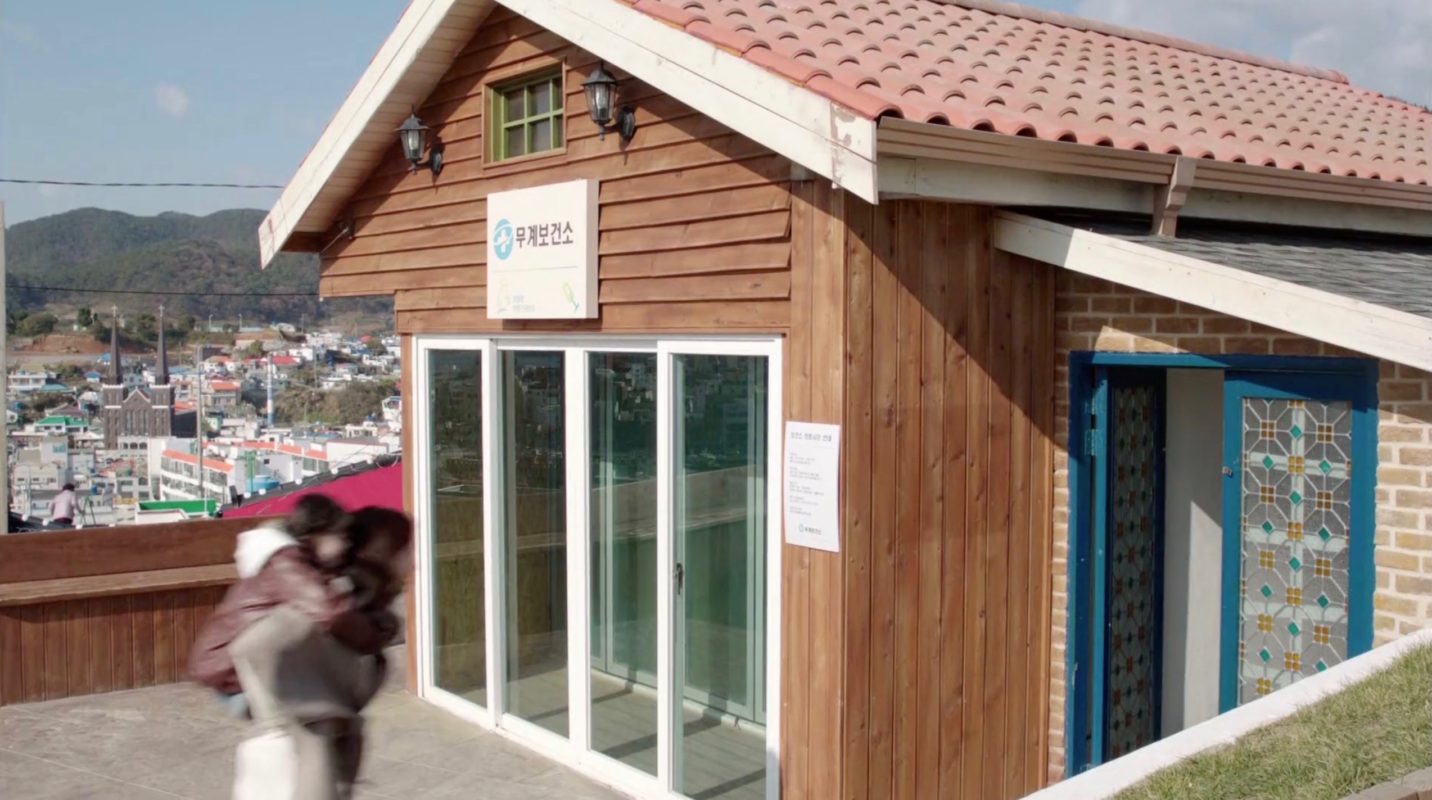 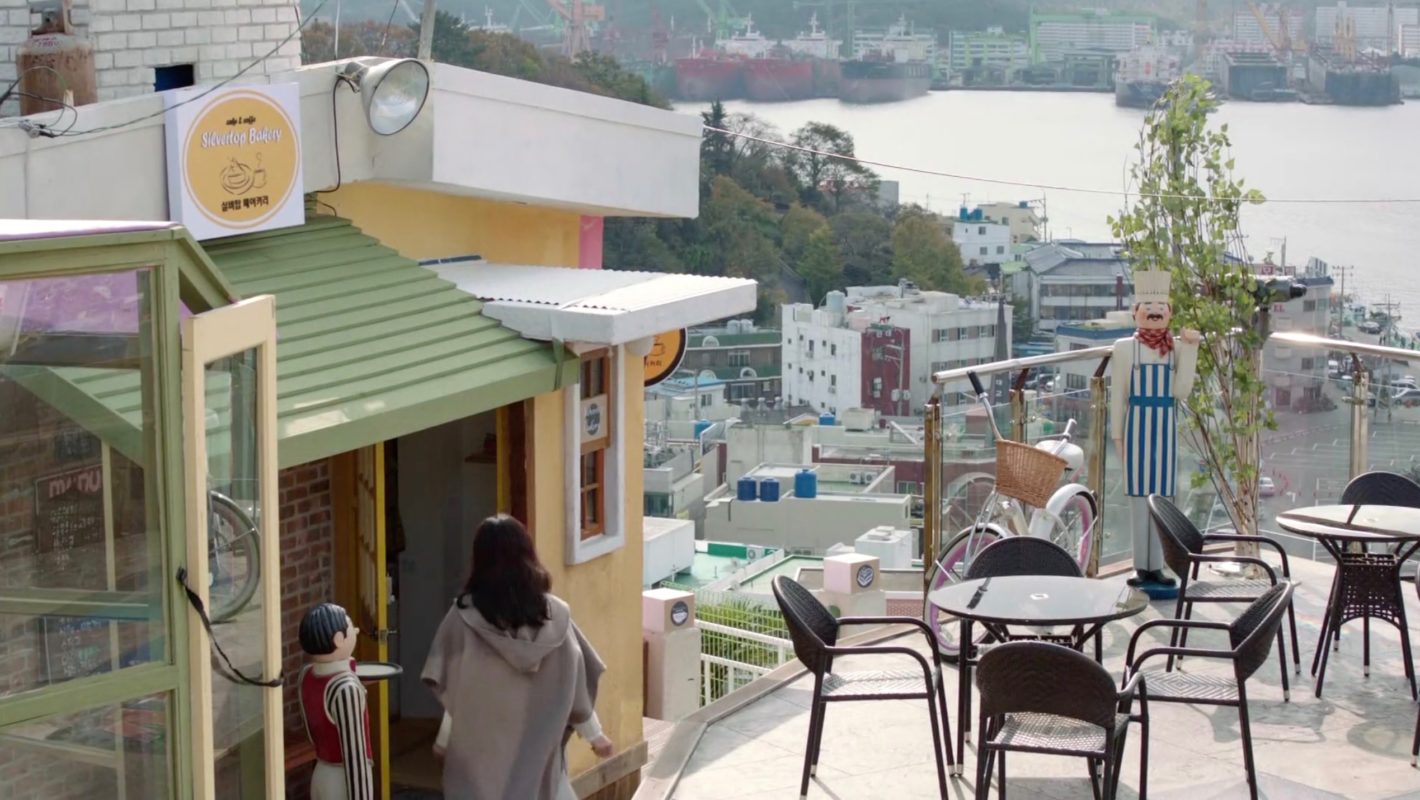 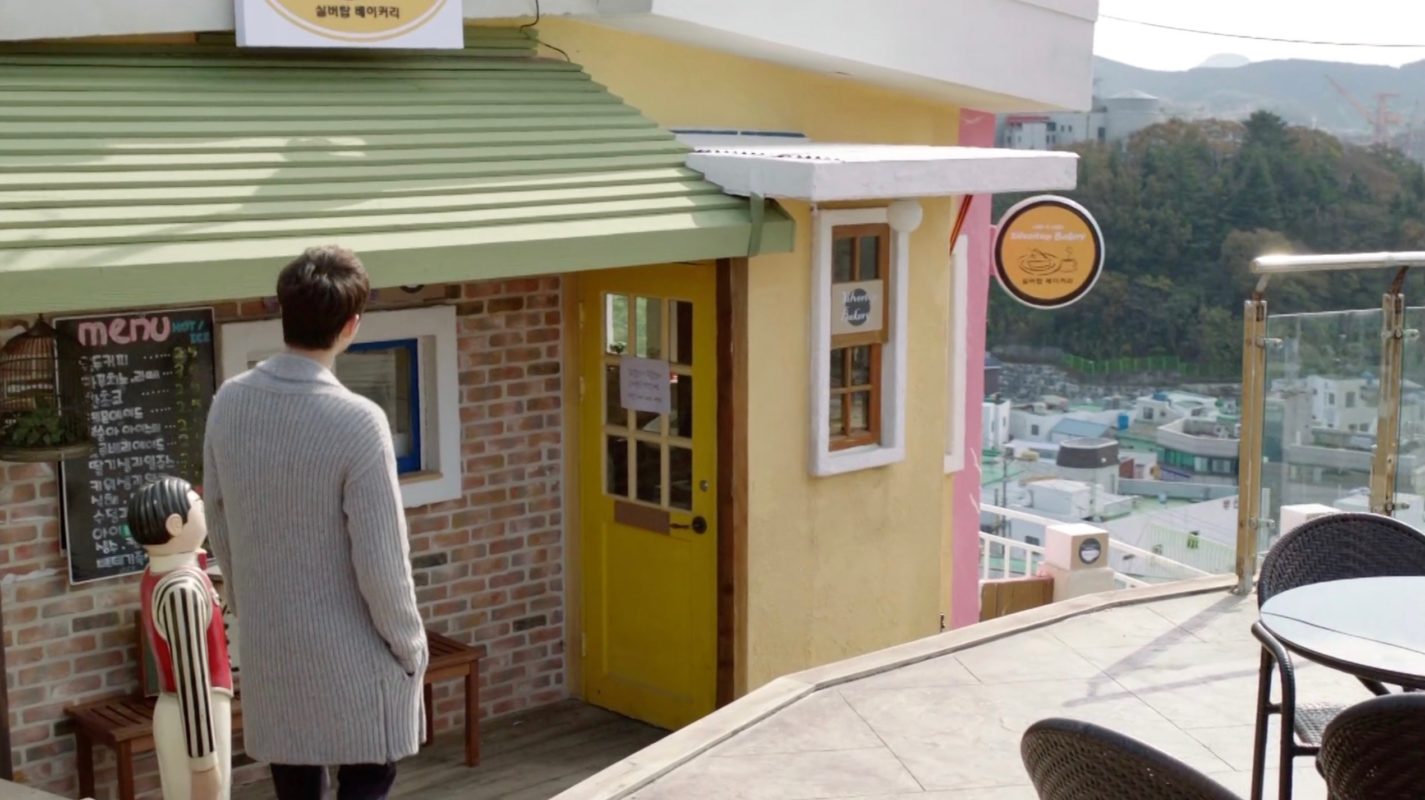 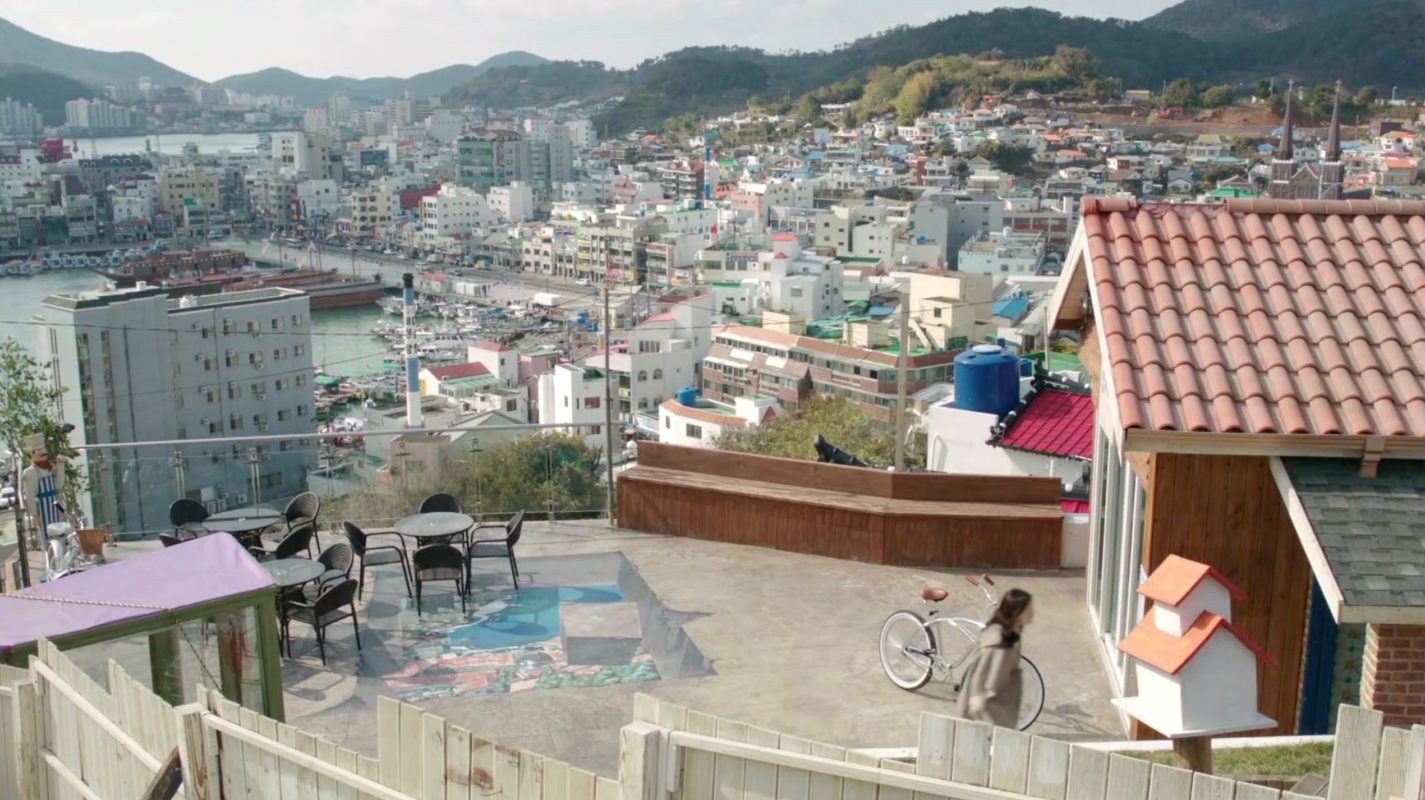 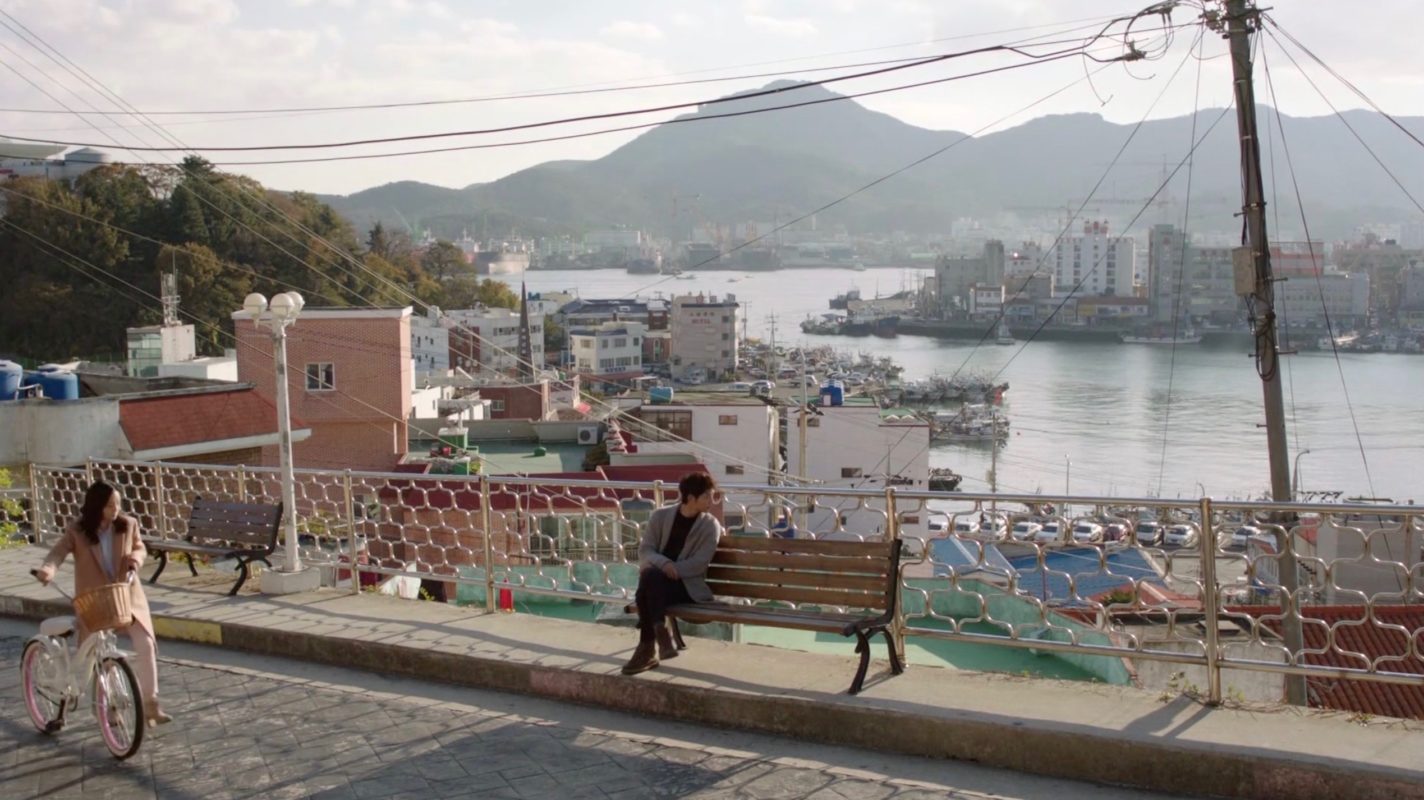 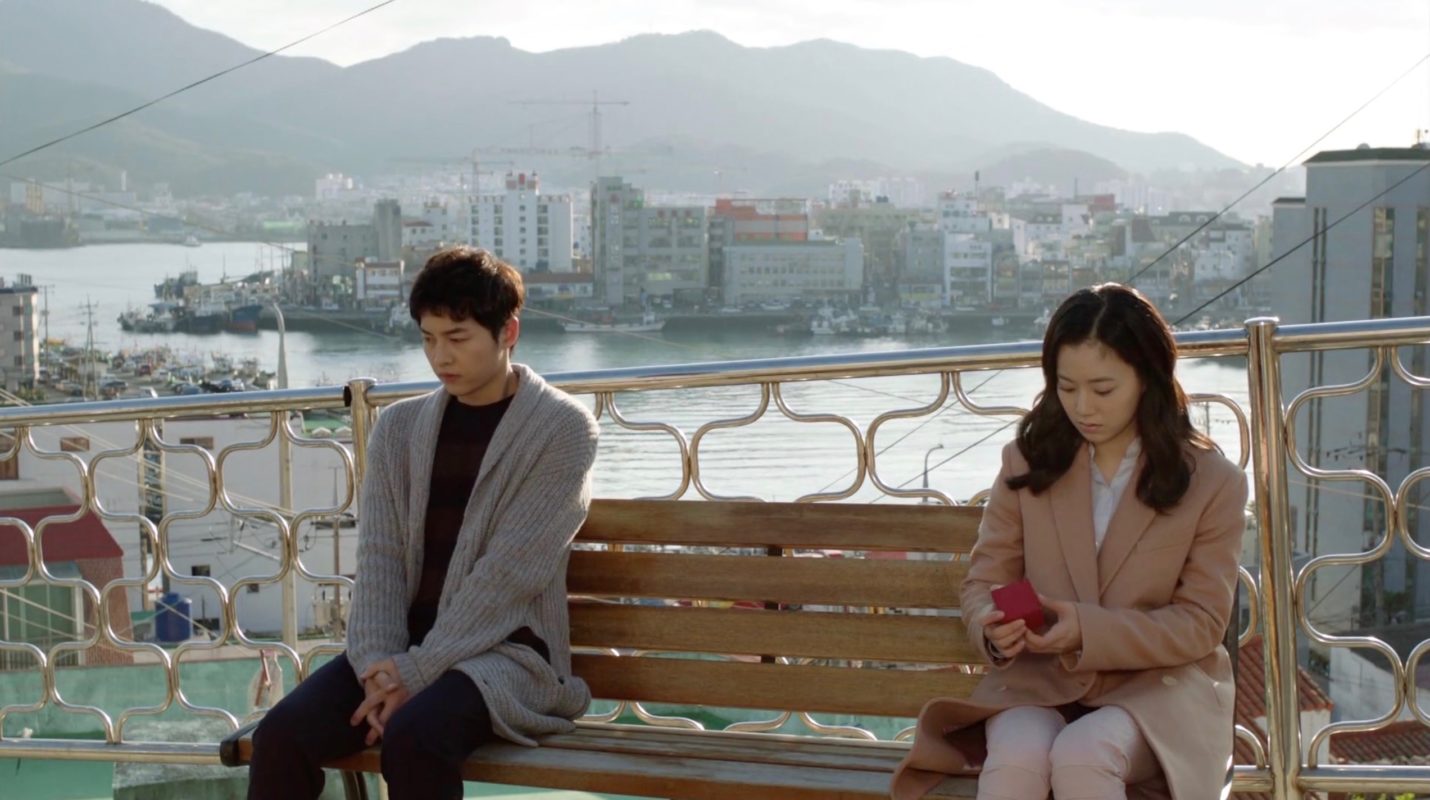 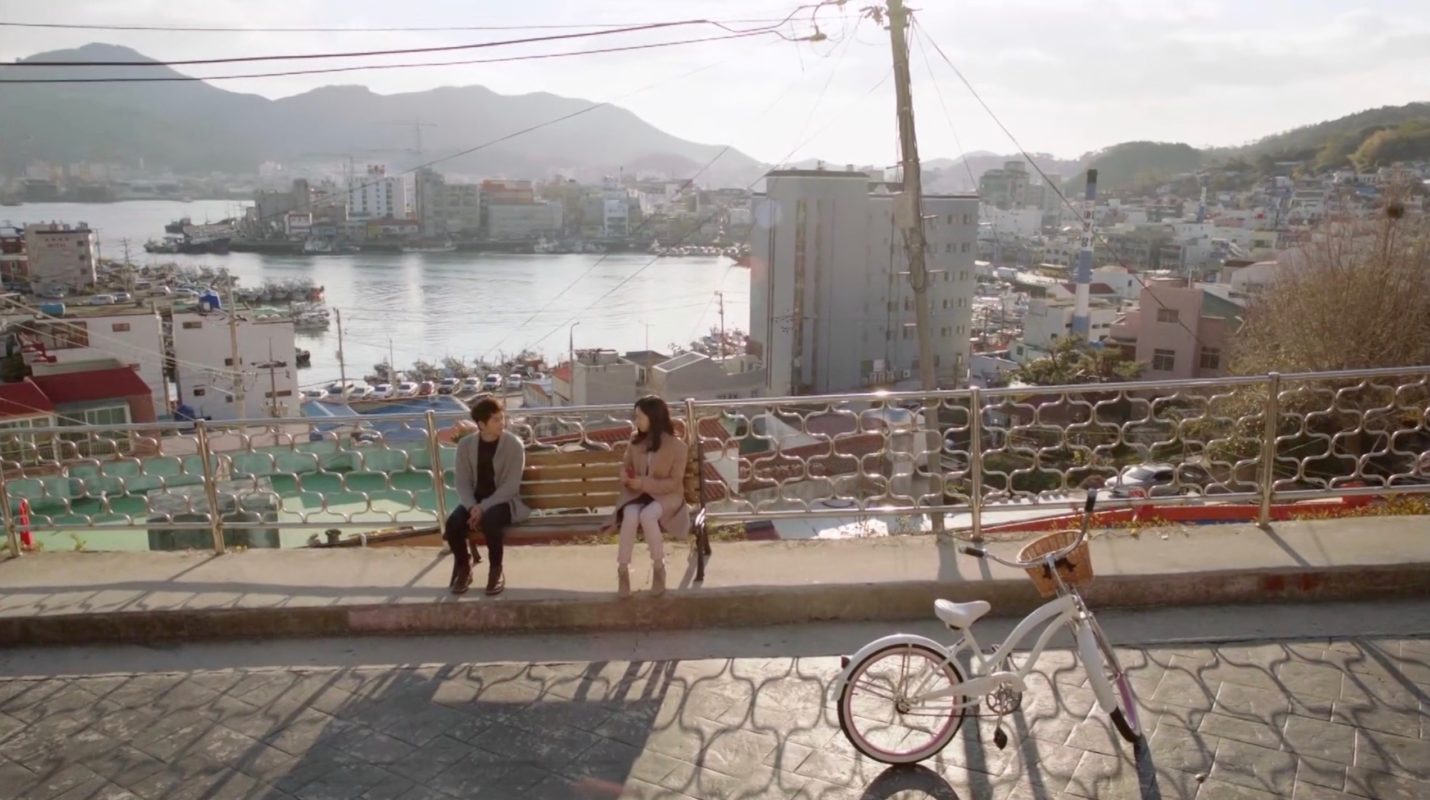 In a flashback, Kim Min-gyu (Kim Gang-hyun) and his family are seen taking a photo together in front of a mural at this village in episode 1 of Inspector Koo/Koo Kyung-yi (Gu Gyeong-i/구경이) (JTBC/Netflix, 2021).

Kang Gon (Ju Ji-hoon) lives in this village with his daughter as seen in episode 1 of Item (아이템) (MBC, 2019) when he piggybacks her home passing by the store Geurona [동피랑그림가게그러나]. In episode 1, he also goes to Dongparu [동포루] with his daughter, to send off their wishes on a paper lantern.

Kang Ma-roo (Song Joong-ki) and Seo Eun-gi (Moon Chae-won) both move to this village in final episode 20 of Nice Guy/The Innocent Man (세상 어디에도 없는 착한남자) (KBS2, 2012). While she runs ‘Silvertop Bakery’ at Dongpirang Corner Shop [동피랑 구판장], he opens up his practice here that sits just vis-à-vis her shop. They frequently cross paths until he proposes to her.

Dongpirang Mural Village [동피랑벽화마을] — with Dongpirang roughly translating to ‘East Cliff’ —  is located on one of Tongyeong’s hilltops, offering a splendid view over the city with its islands and harbor. The village was slated to be demolished and redeveloped in 2007, but the civic group Blue Tongyeong 21 (푸른통영21) was formed in its defence. Through the contributions of mural artists from all over the country, this place was transformed into the mural village it is known as today.

This mural village is located in Tongyeong’s neighborhood Dongho [Dongho-dong/동호동]; about 3 hrs by public transport east of Busan.

Open all year round; no entrance fee