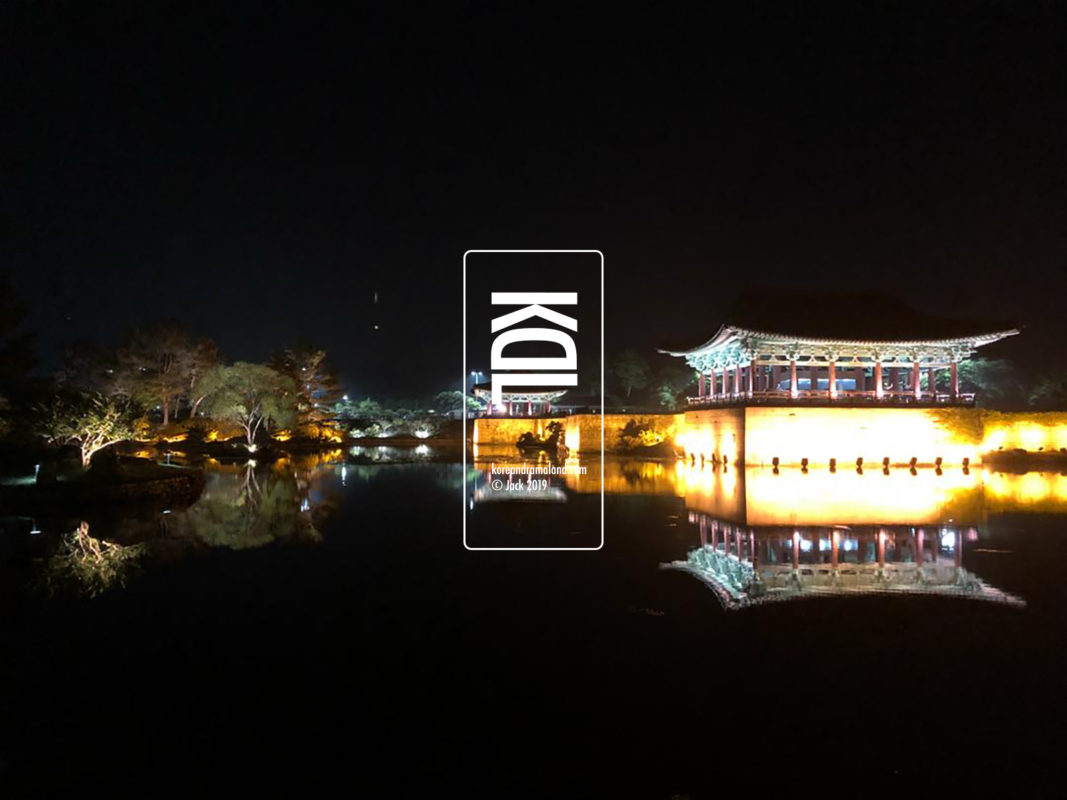 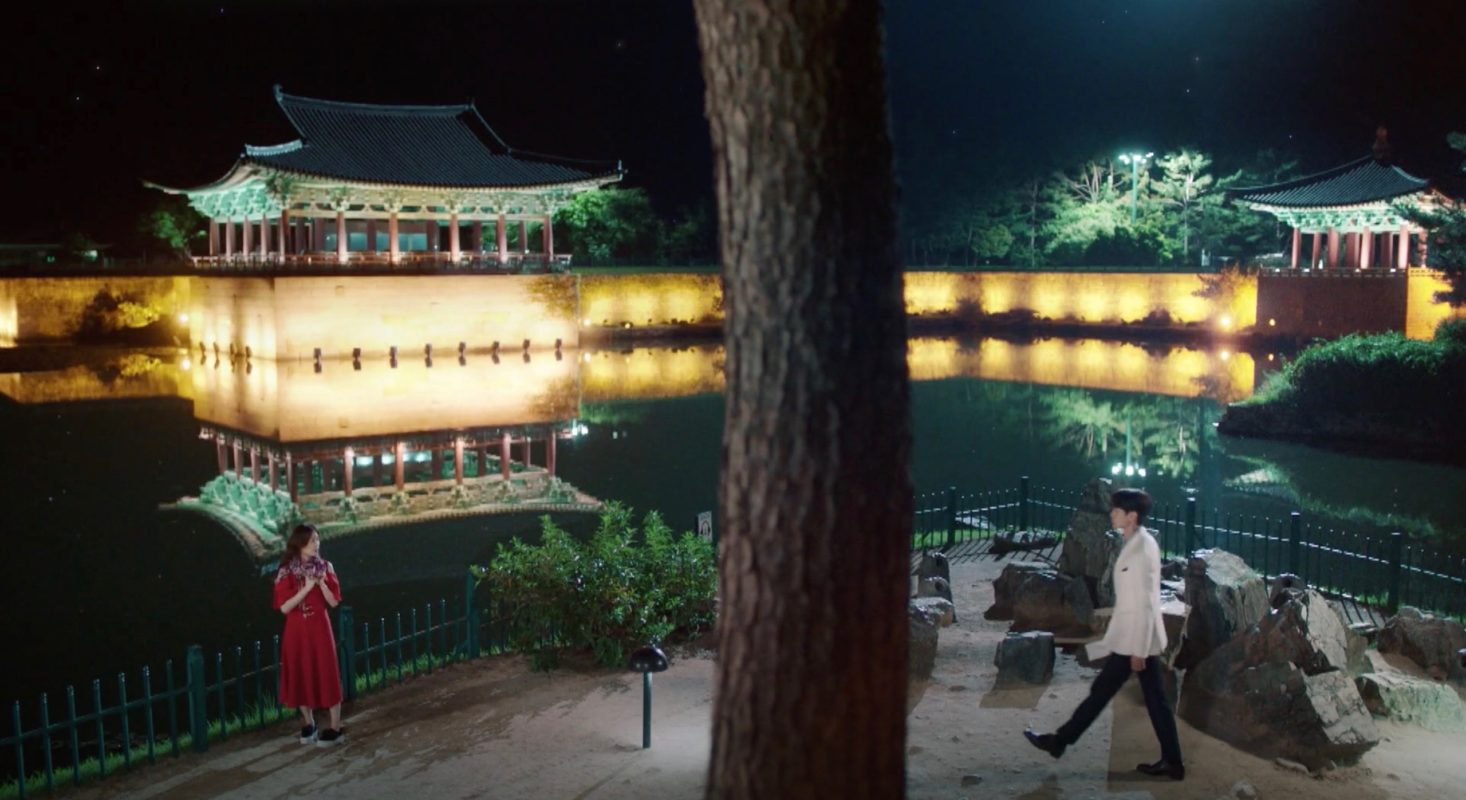 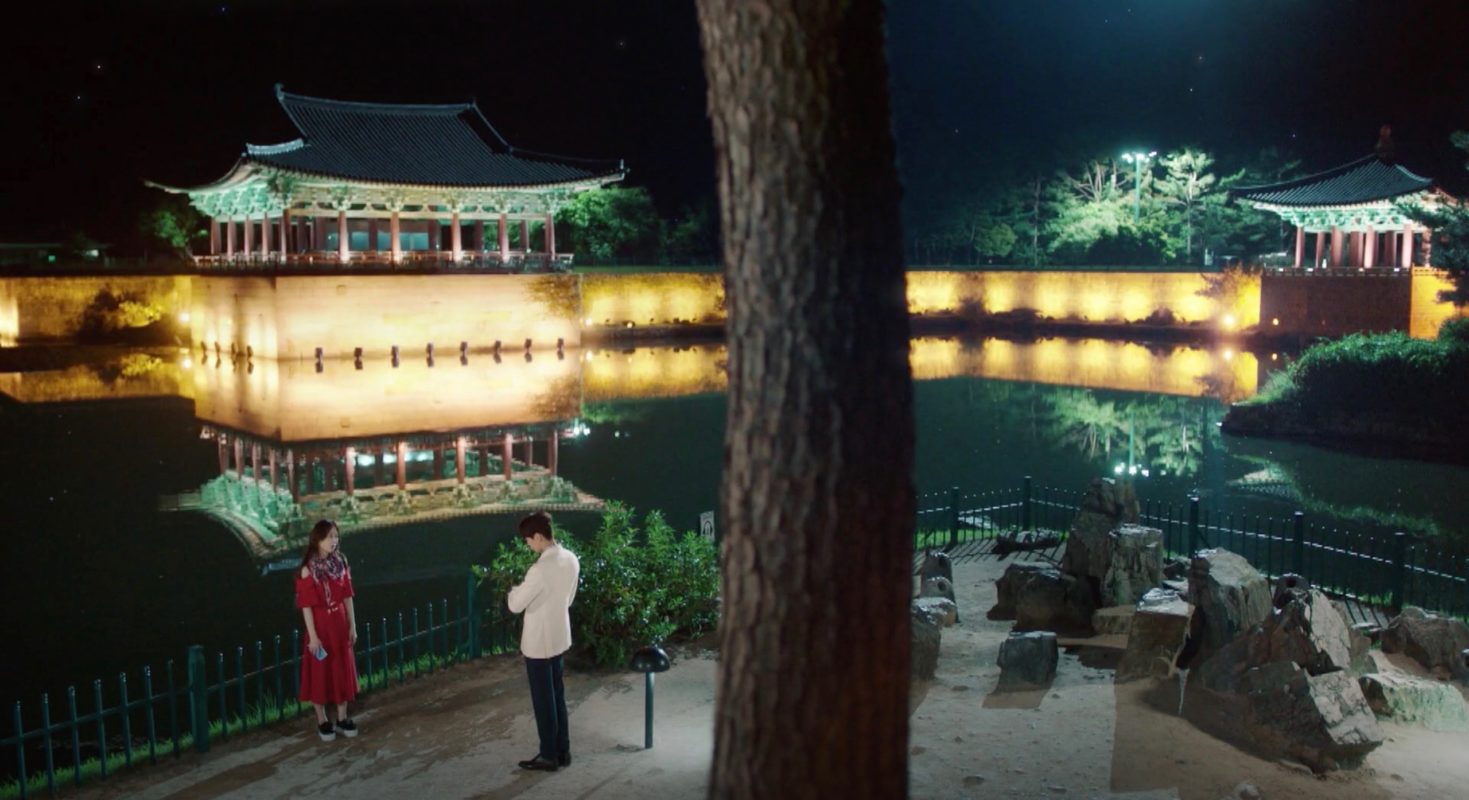 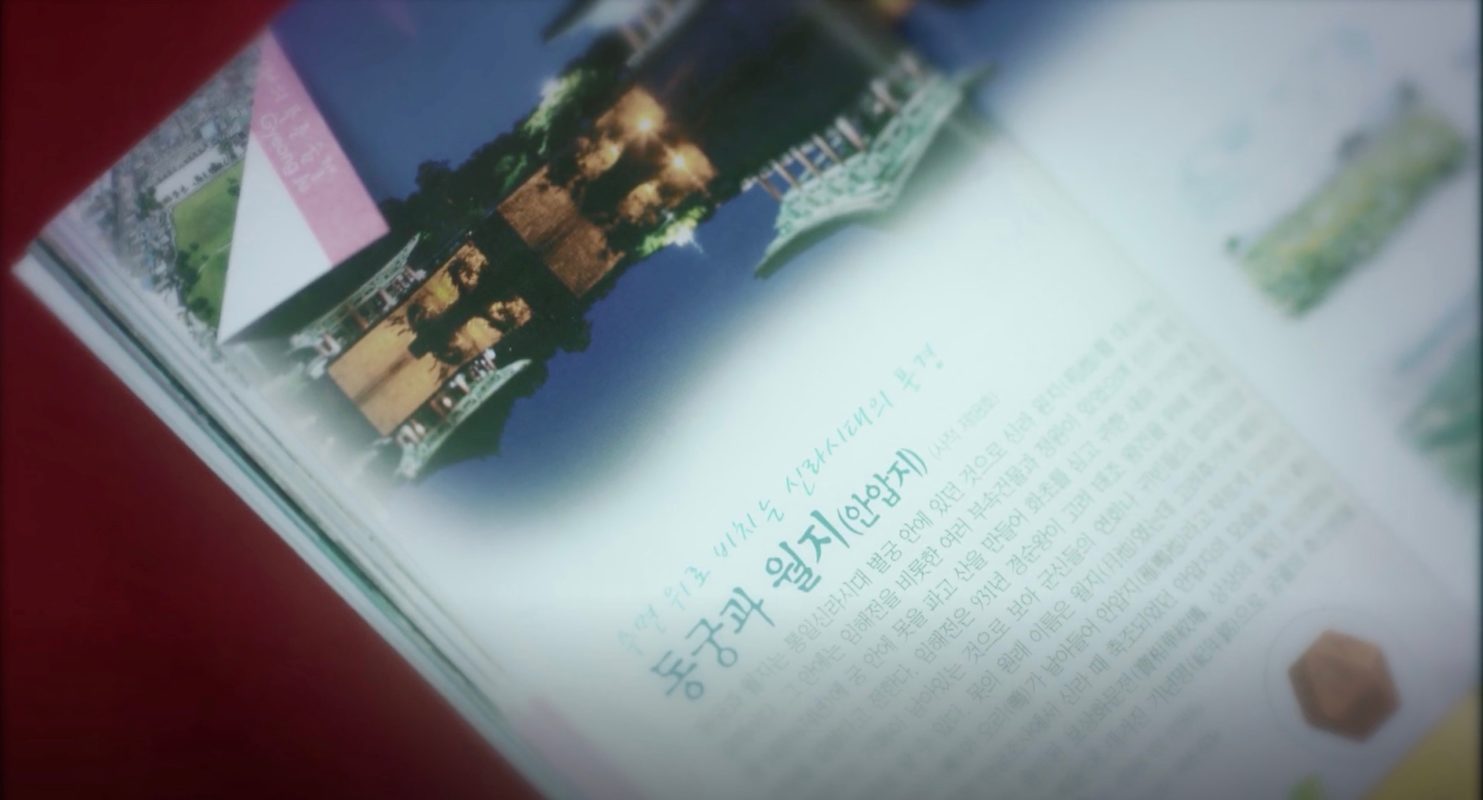 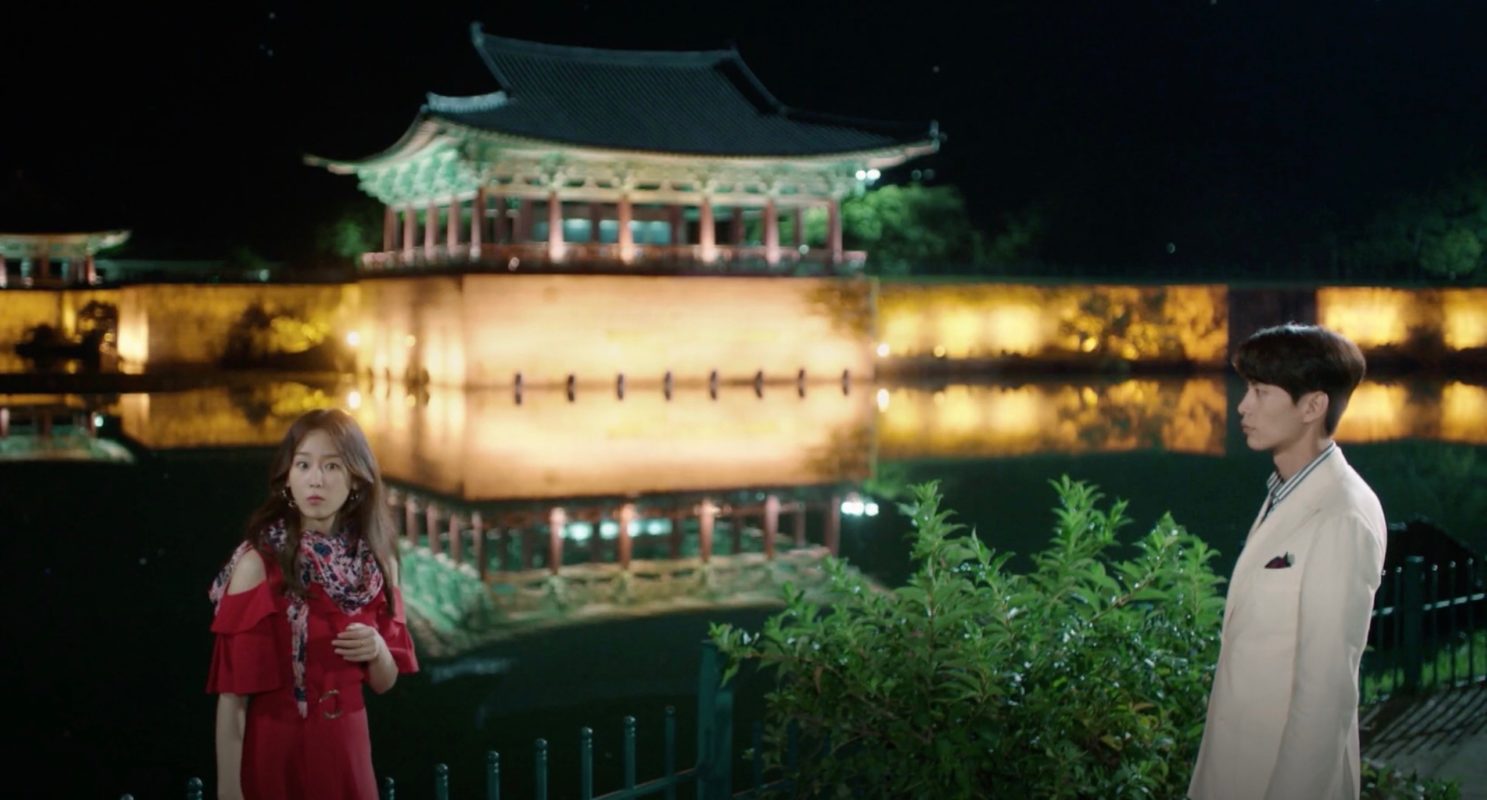 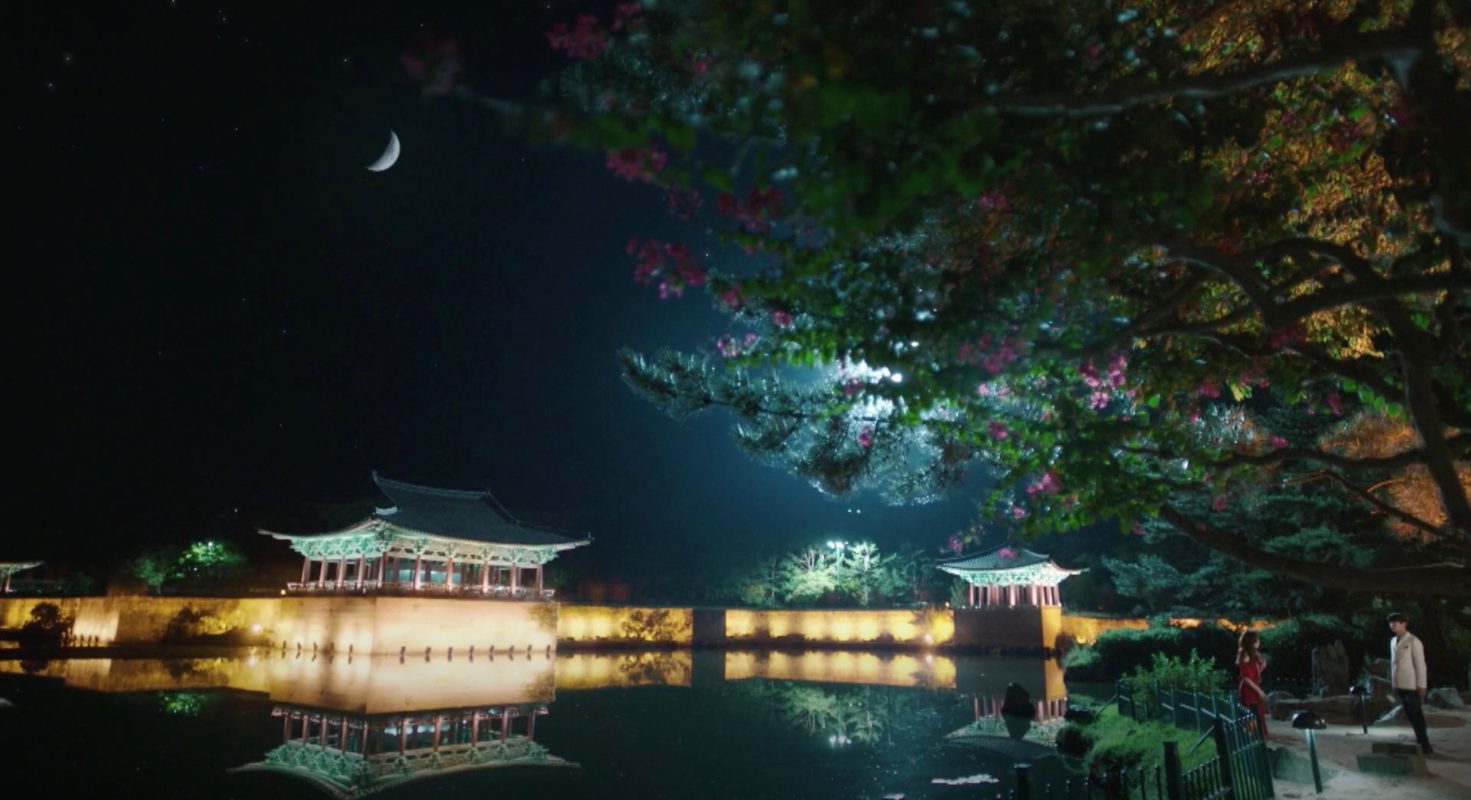 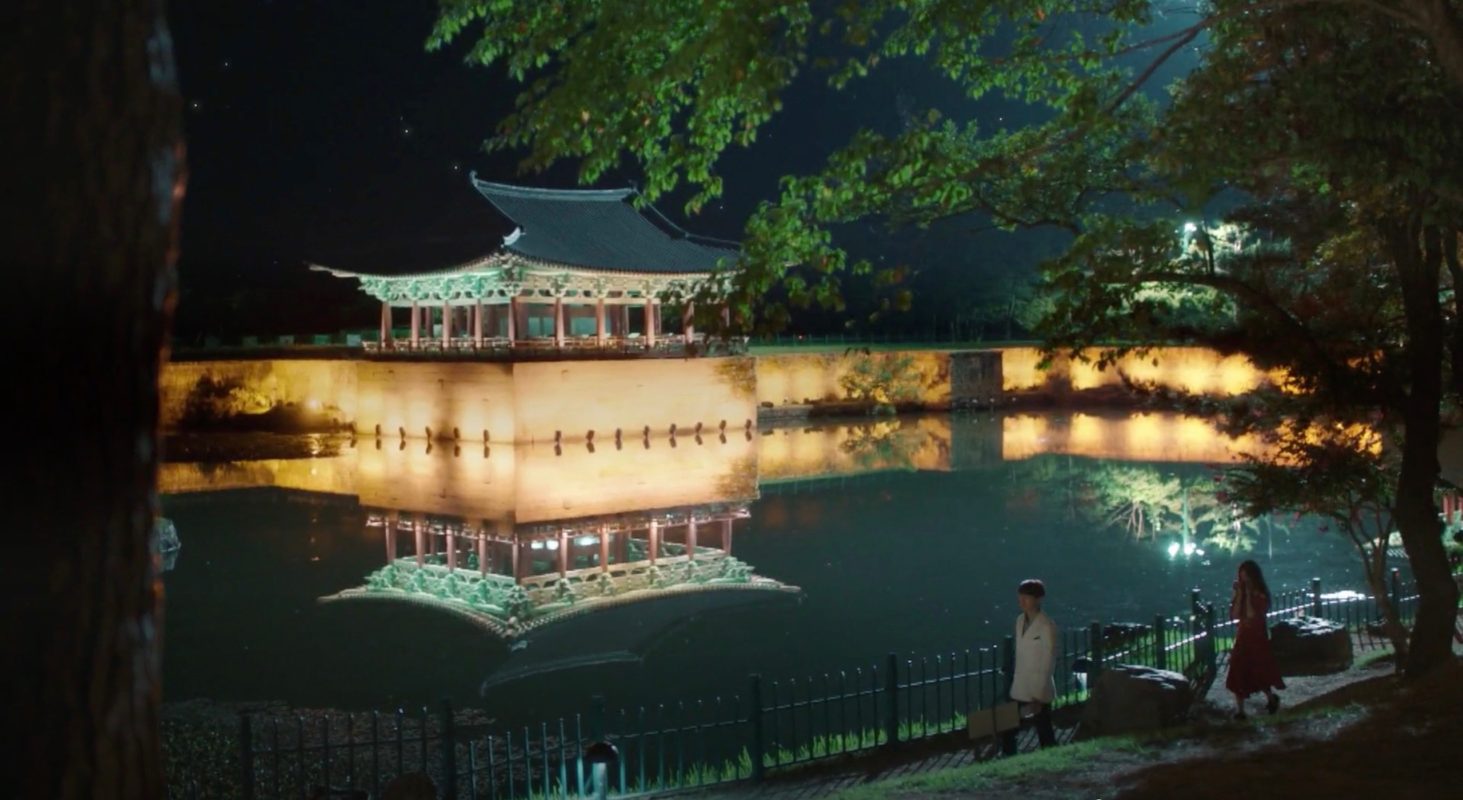 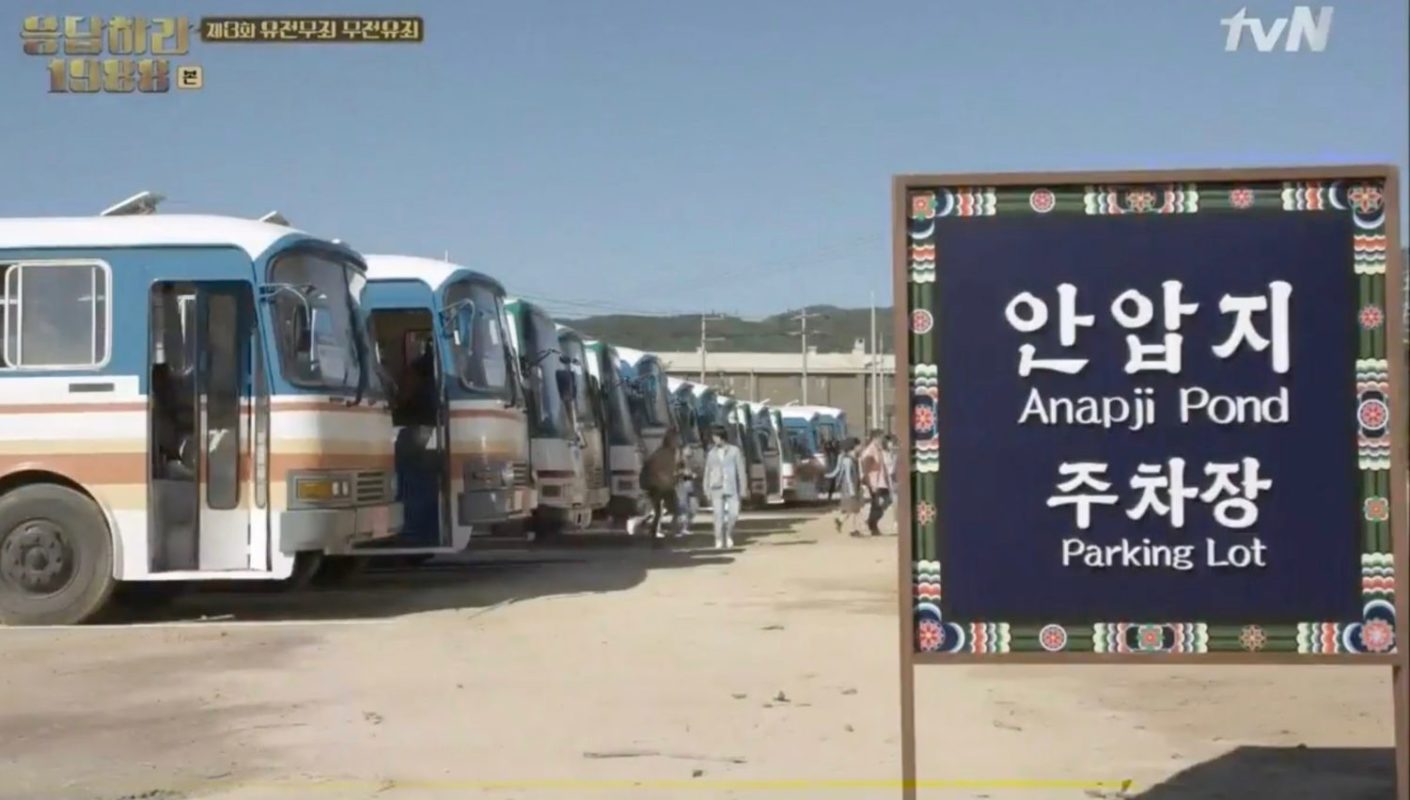 To resist Seo Do-jae’s (Lee Min-ki) orders, Han Se-gye (Seo Hyun-jin) comes to visit this site (as she says that she loves historic buildings because they don’t change) on their work trip in episode 1 of The Beauty Inside / Byooti Insaideu (뷰티 인사이드) (JTBC, 2018). Much to her surprise, he comes to pick her up here, thanks to a brochure he’d spotted her reading on the plane.

— Feel the Rhythm of KOREA: GYEONGJU–ANDONG (2021) feat. Woo, sogumm for ‘Imagine your Korea’ by the Korea Tourism Organization (KTO)

Built by Silla’s fifth ruler Pasa Isageum (파사 이사금), the palace is now a UNESCO World Heritage site and designated Historic Site No. 16 by the South Korean government. In 2021, the Ministry of Culture, Sports and Tourism —announced through the Korea Tourism Organization (KTO)— selected this site as one of the ‘100 Must-Visit Spots in Korea’ for 2021-2022.

Wolji Pond [월지], known on occasion as Anapji Pond [안압지], was constructed in 674 CE. It sits just next to the palace; reason why they are mentioned together most of the time. The pond is listed as #23 on CNN’s 2019 list of 50 beautiful places to visit in South Korea.