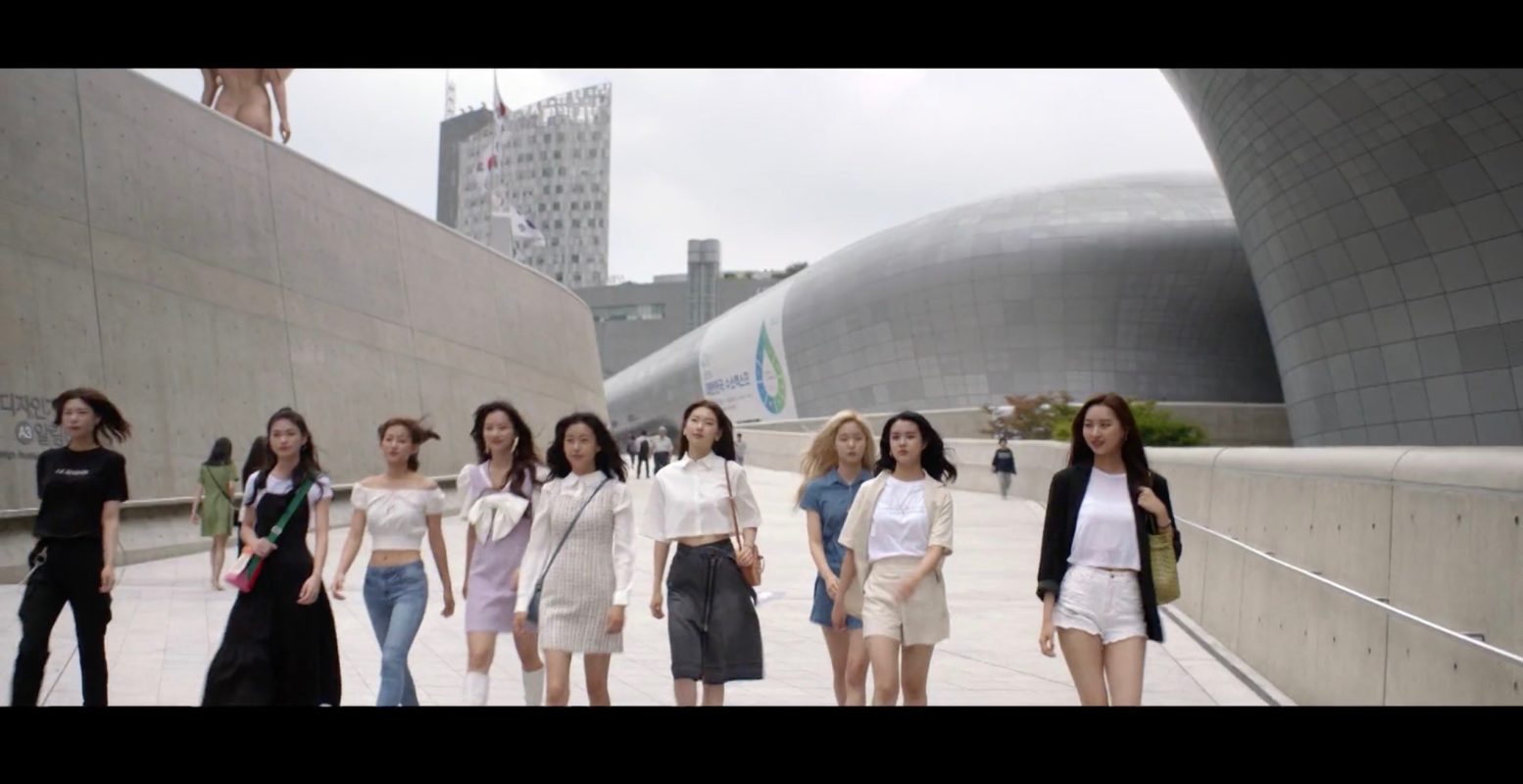 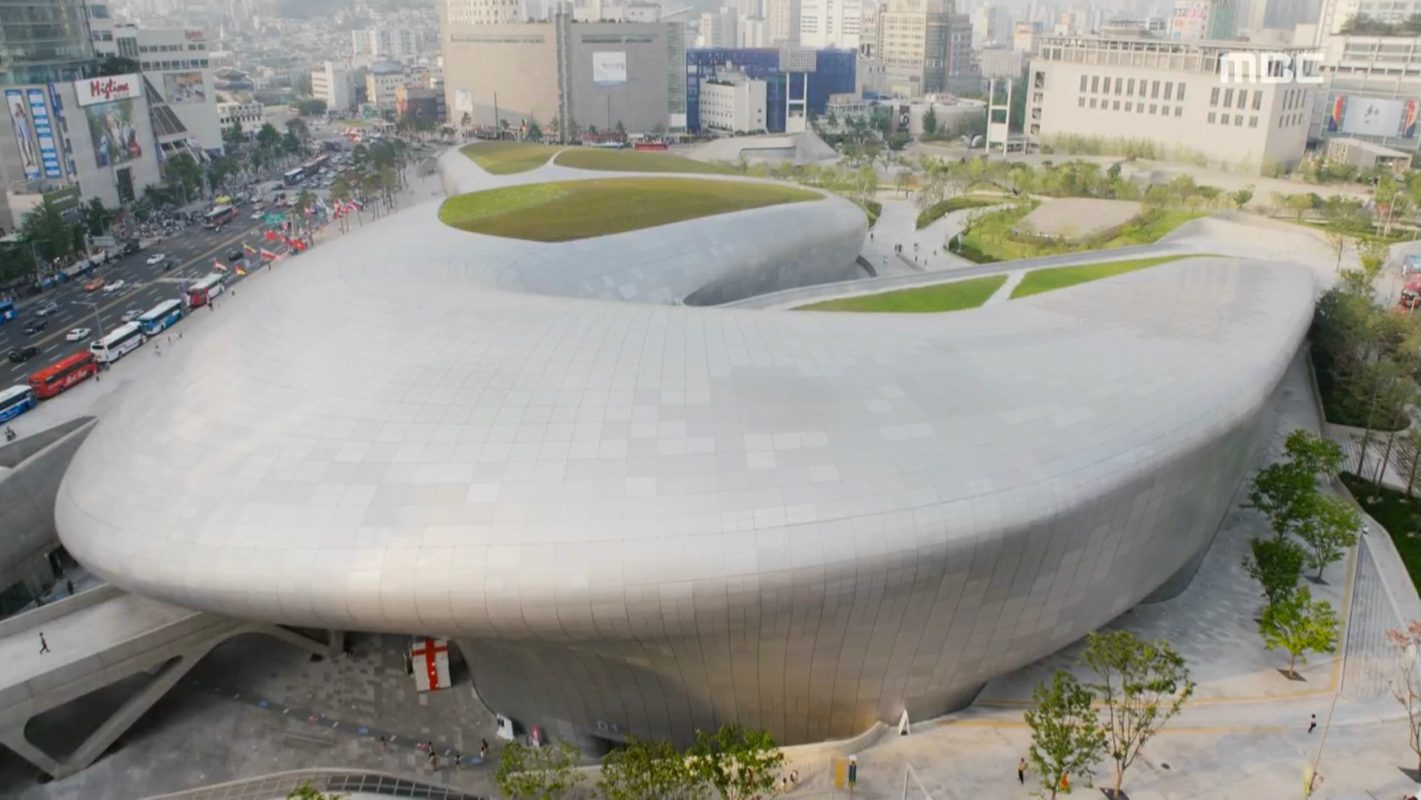 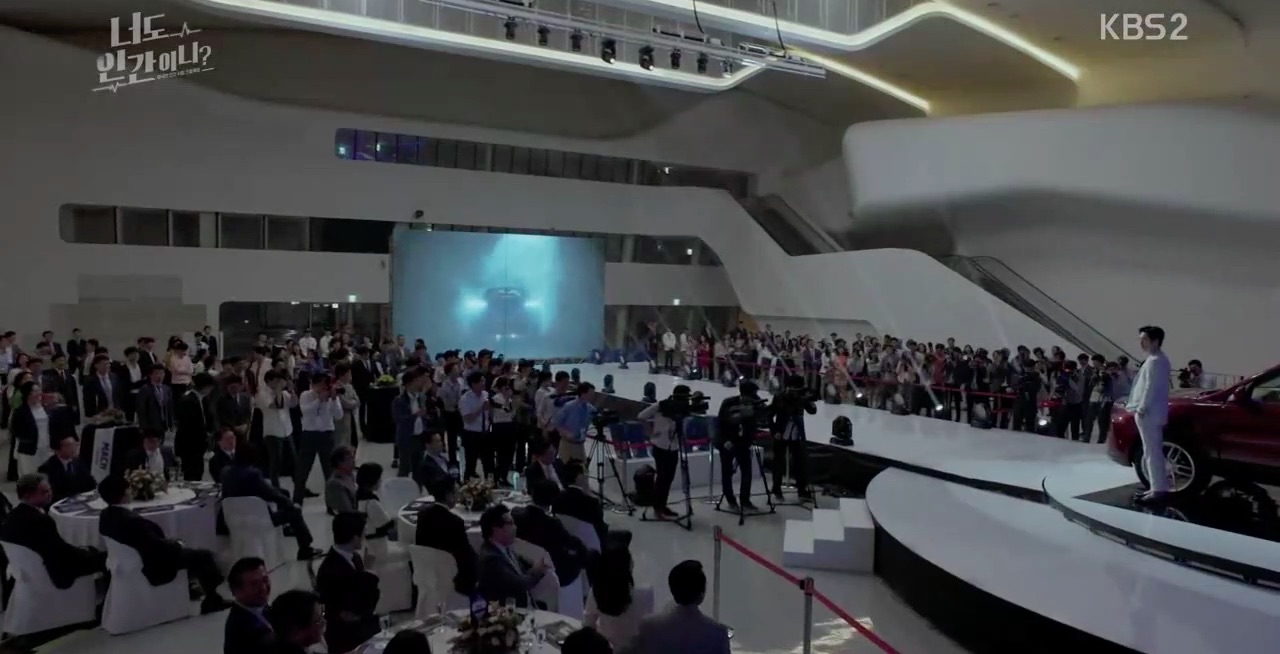 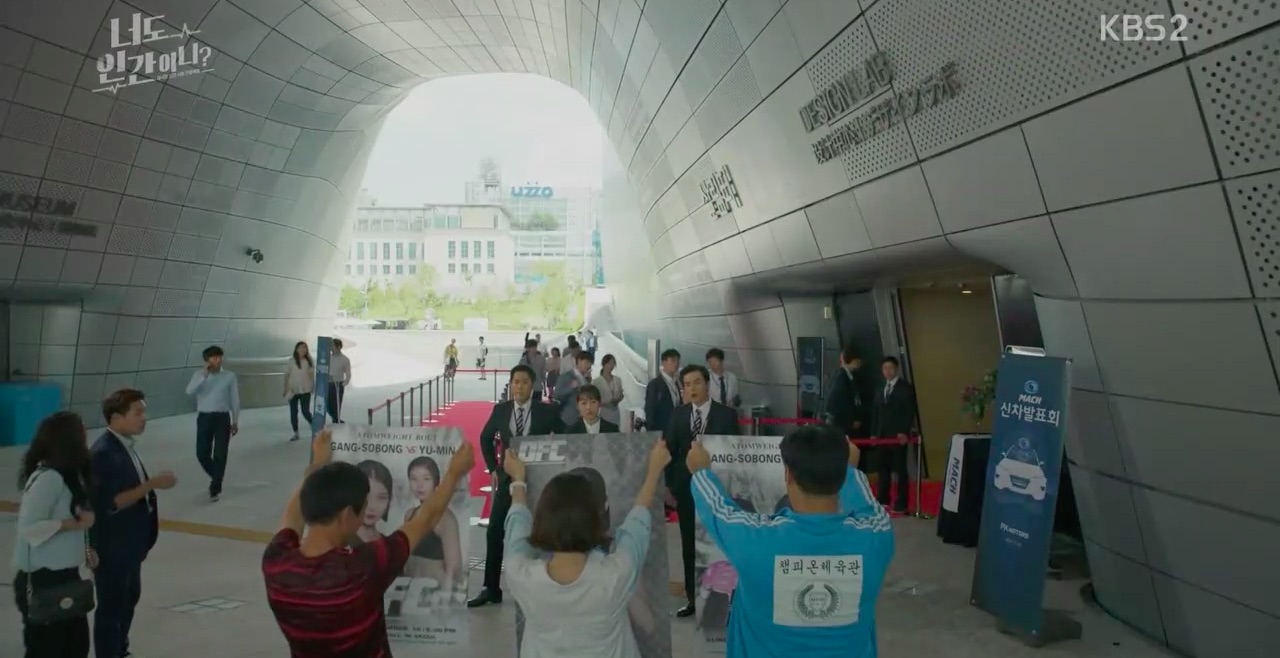 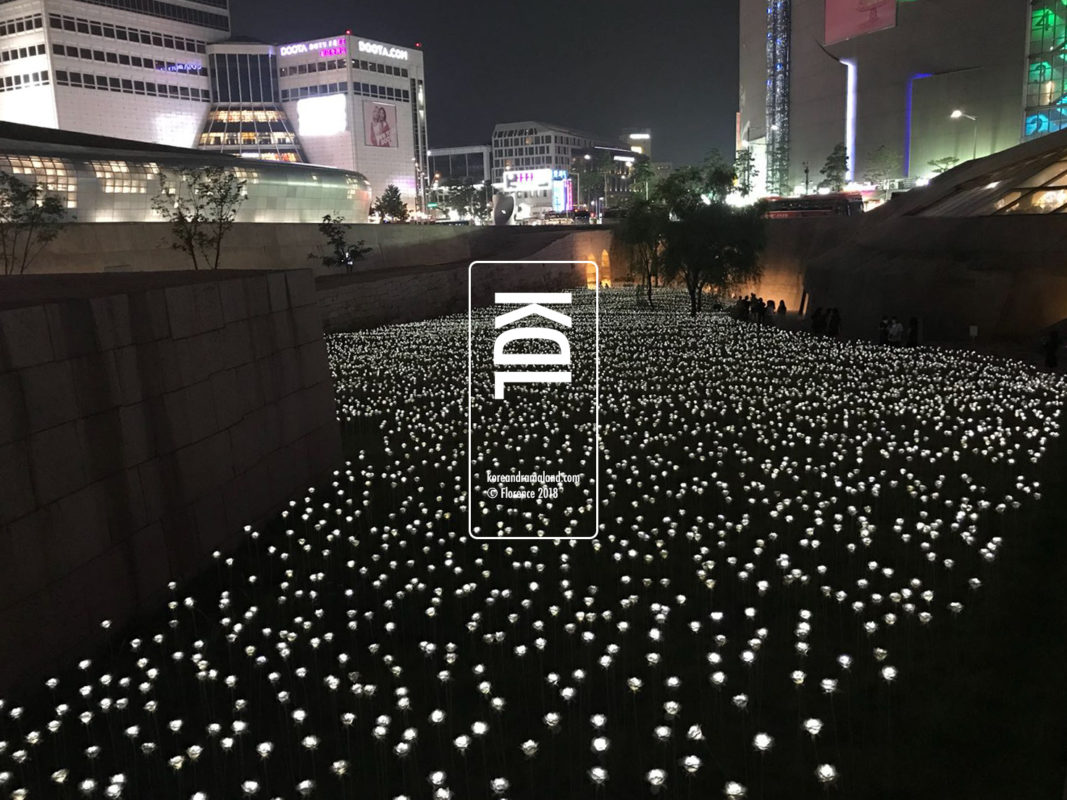 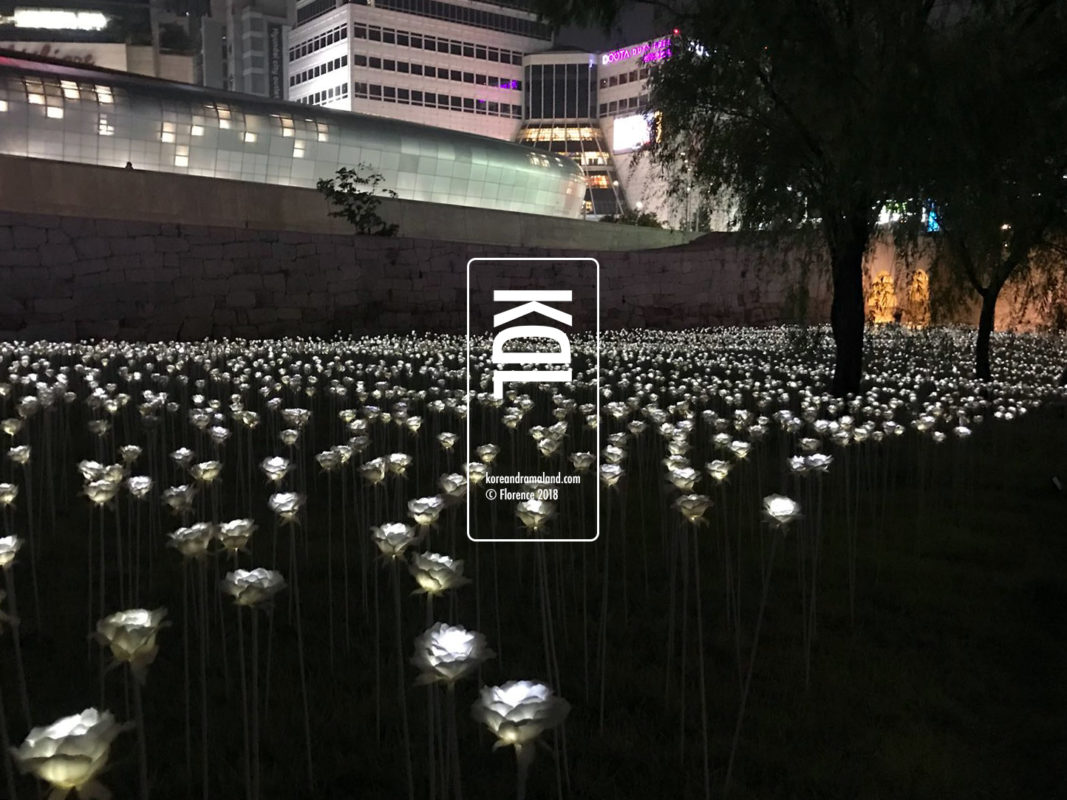 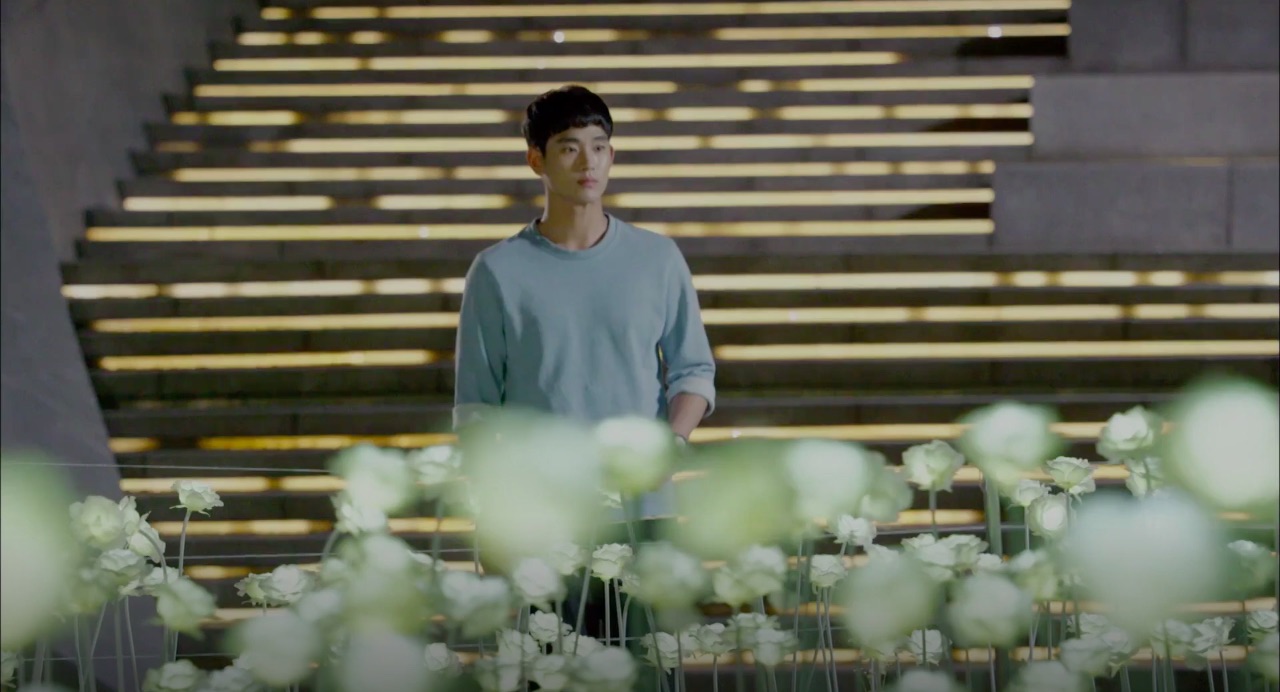 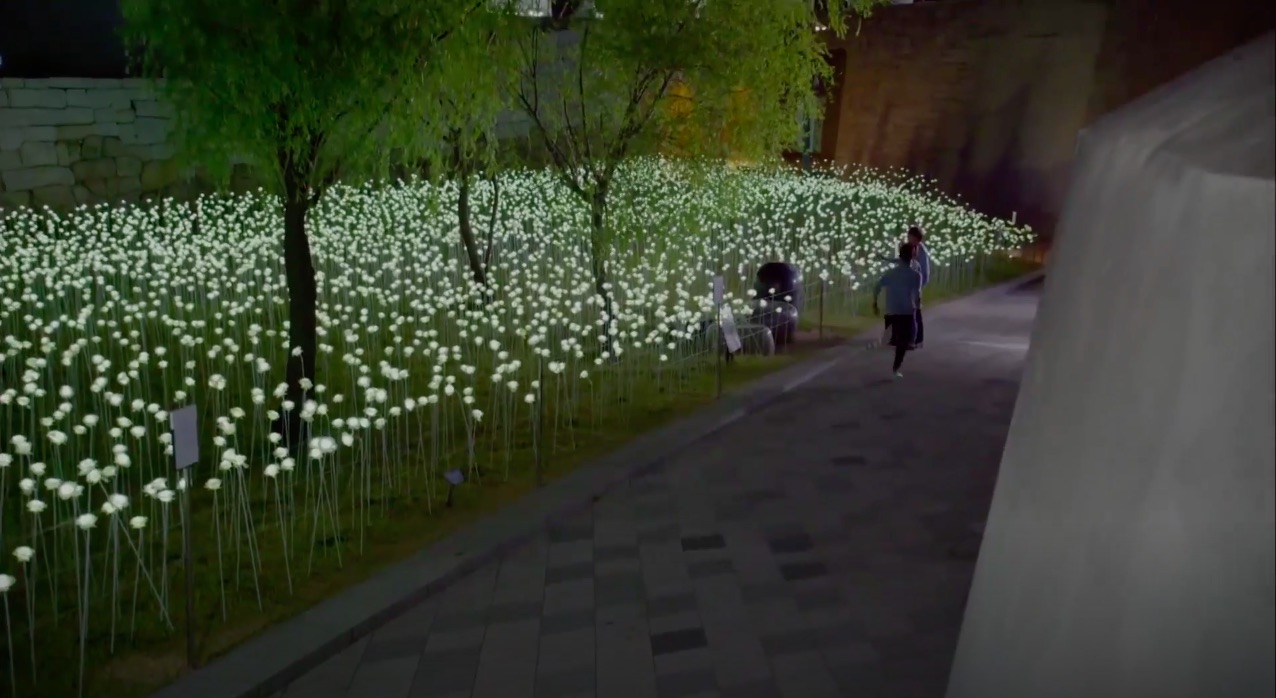 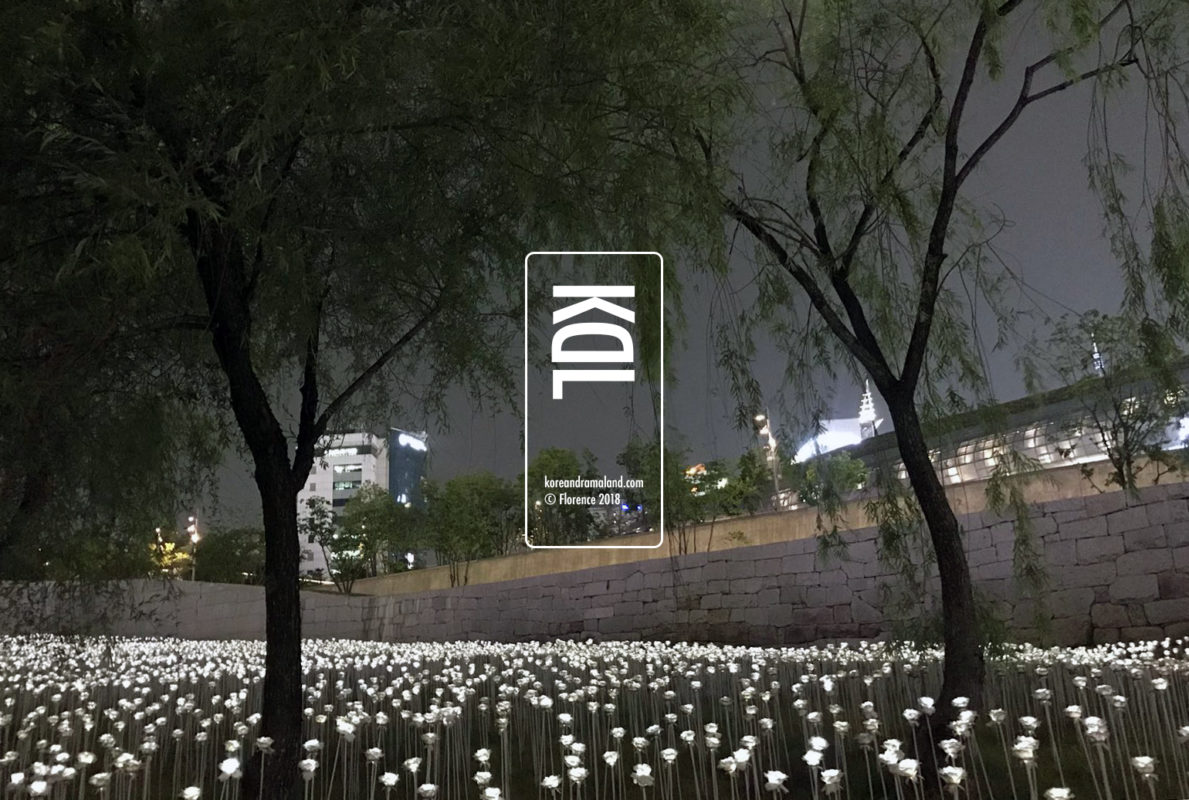 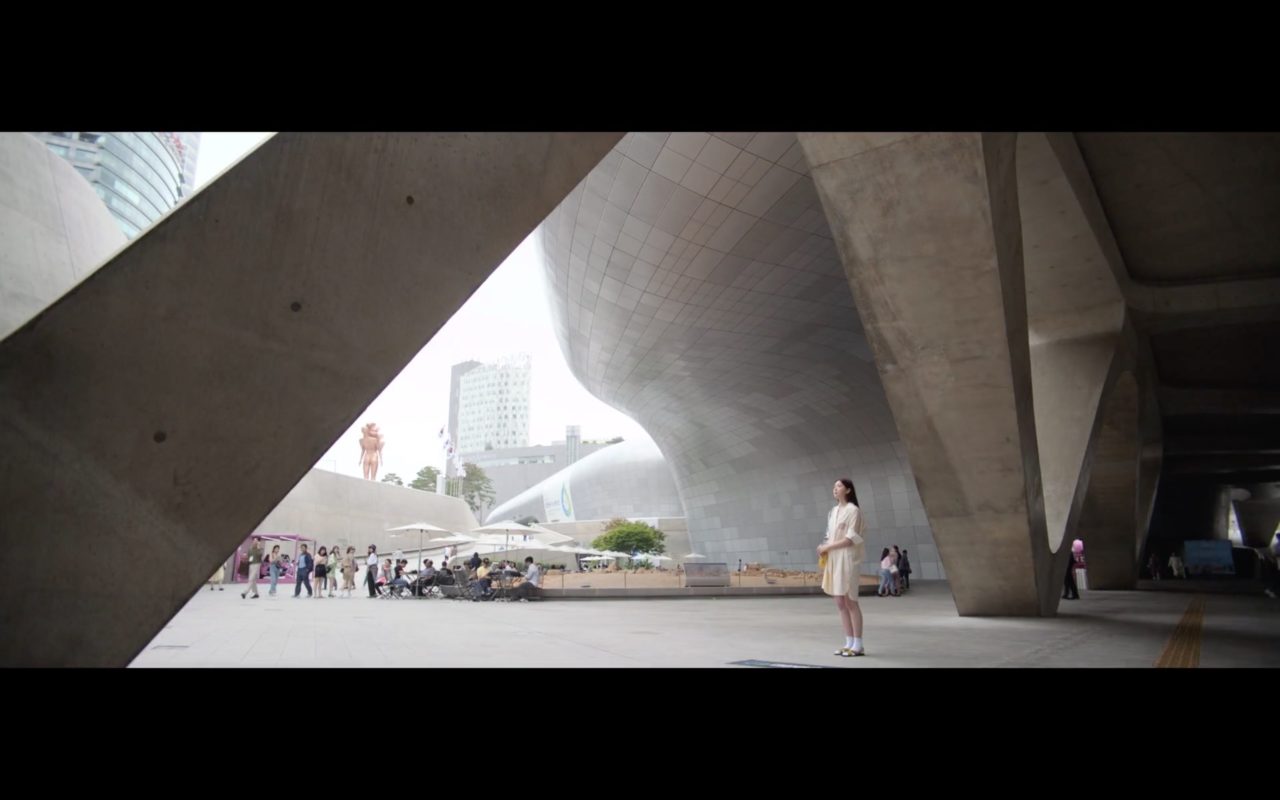 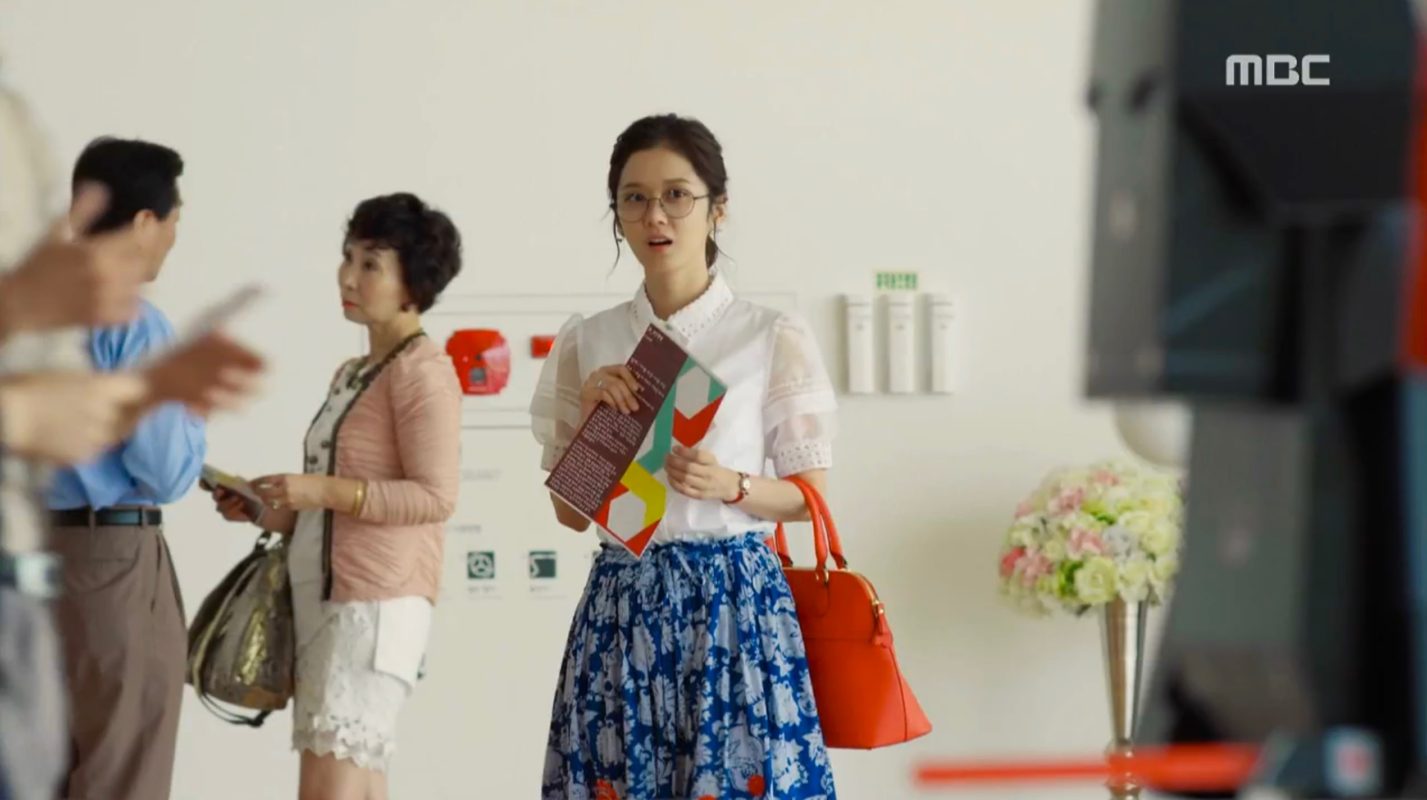 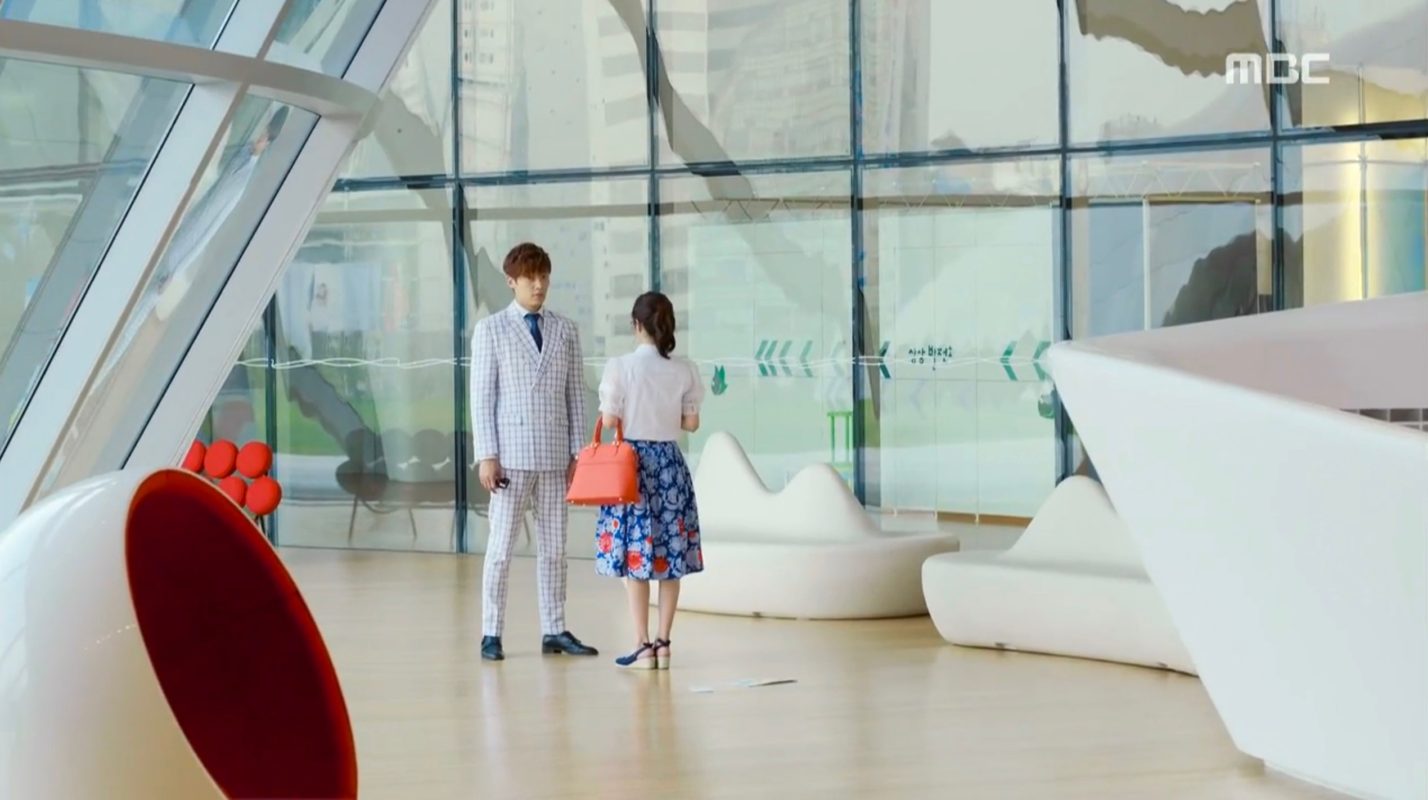 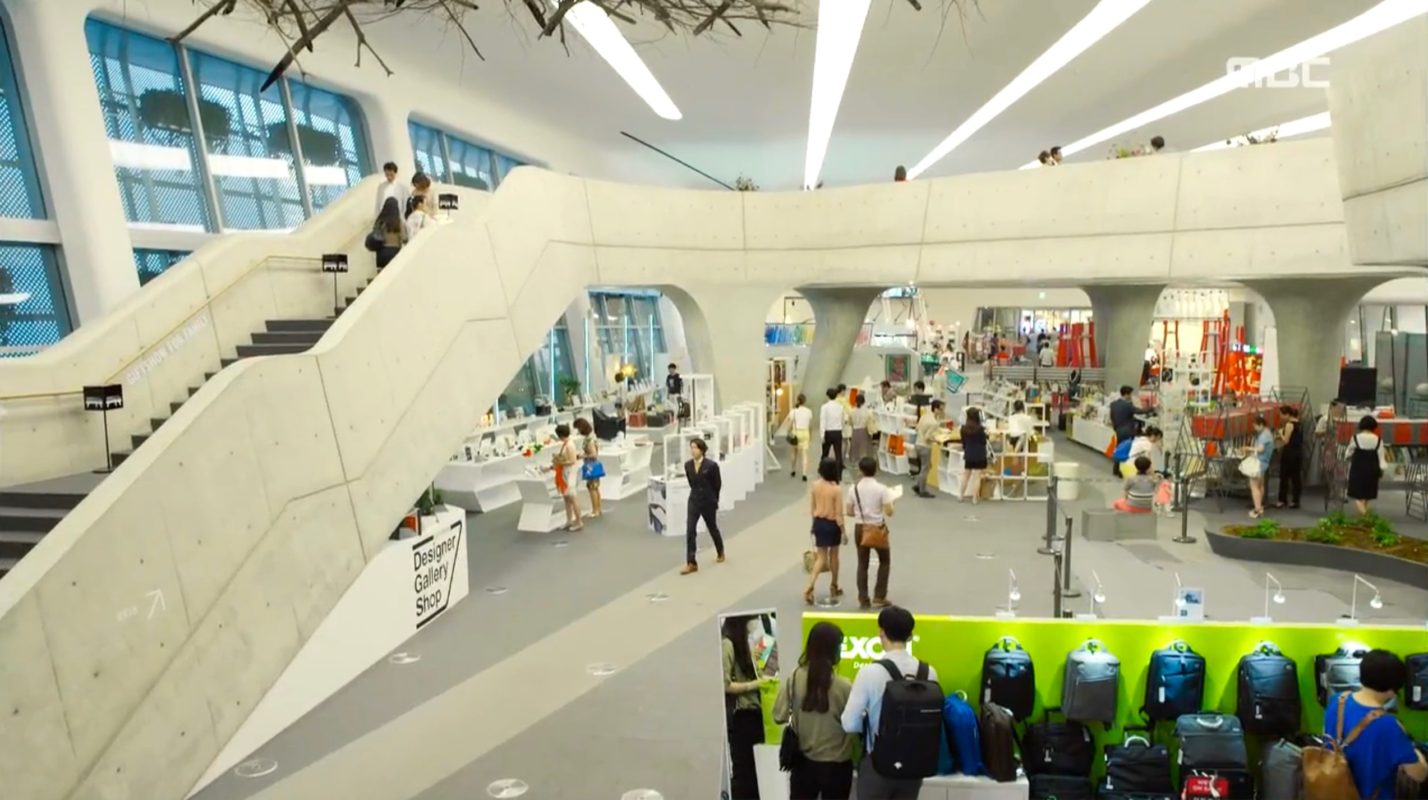 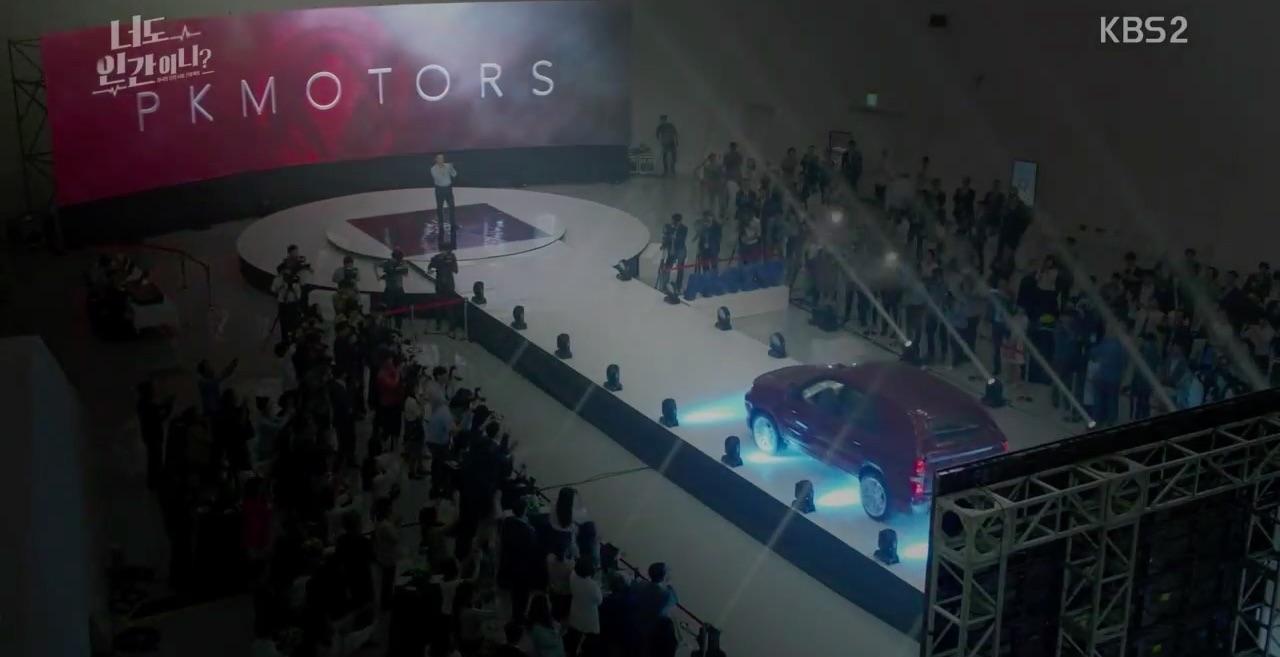 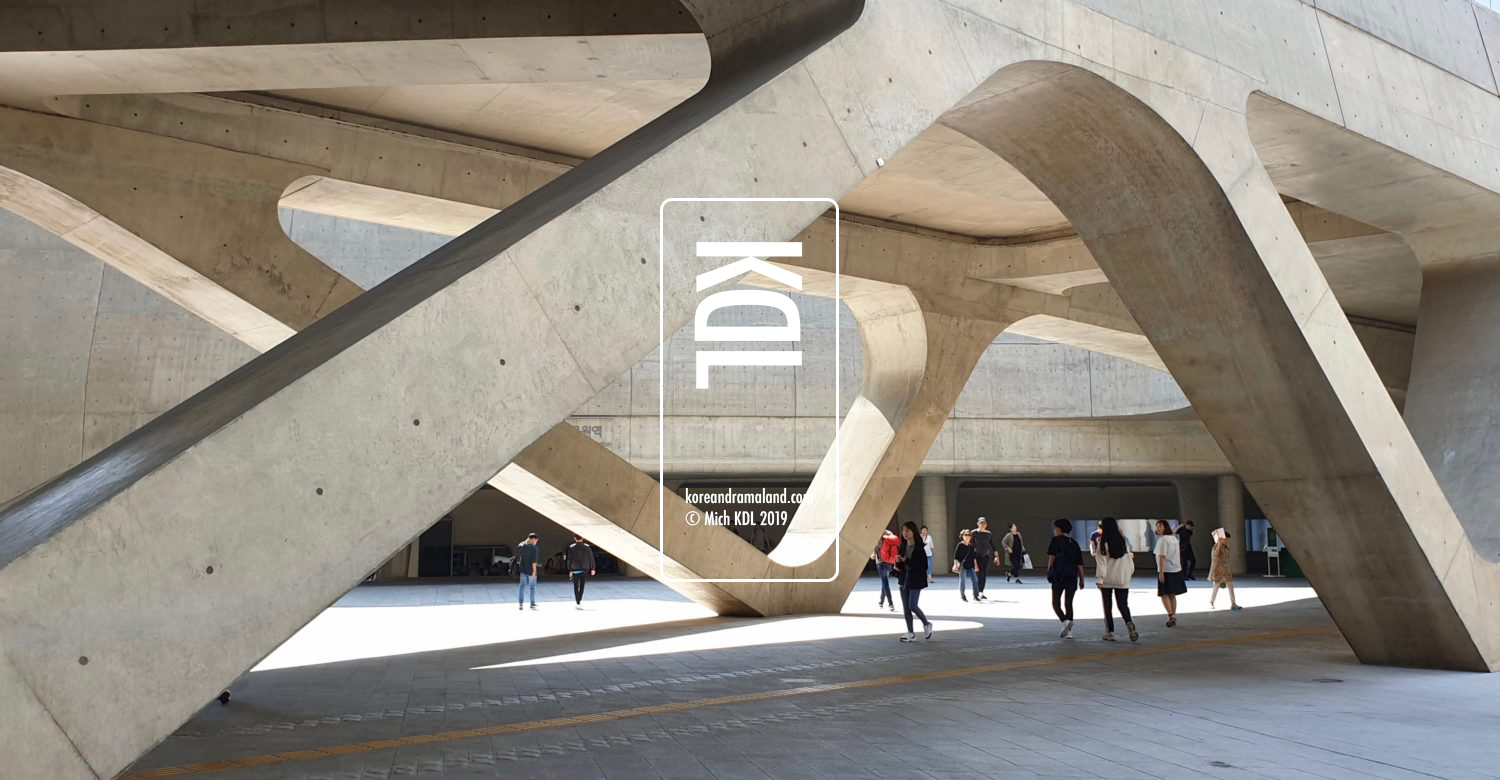 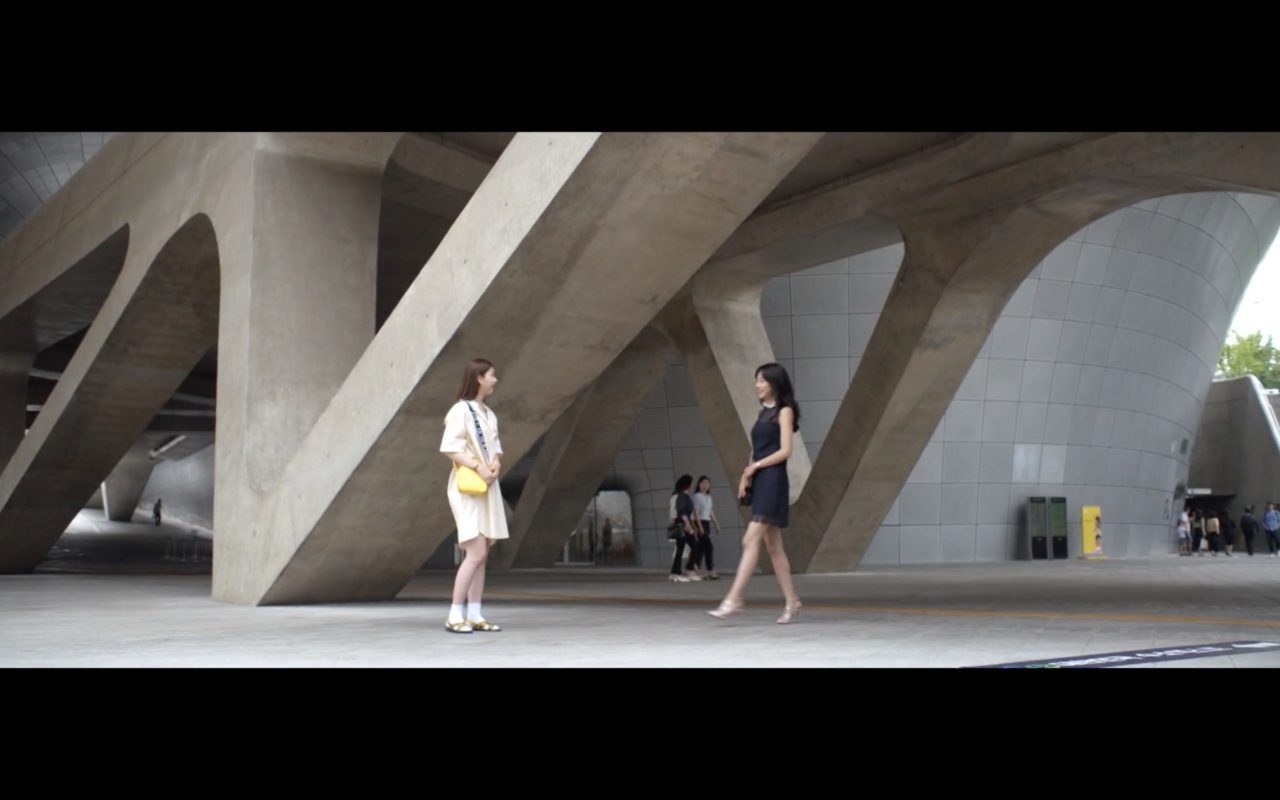 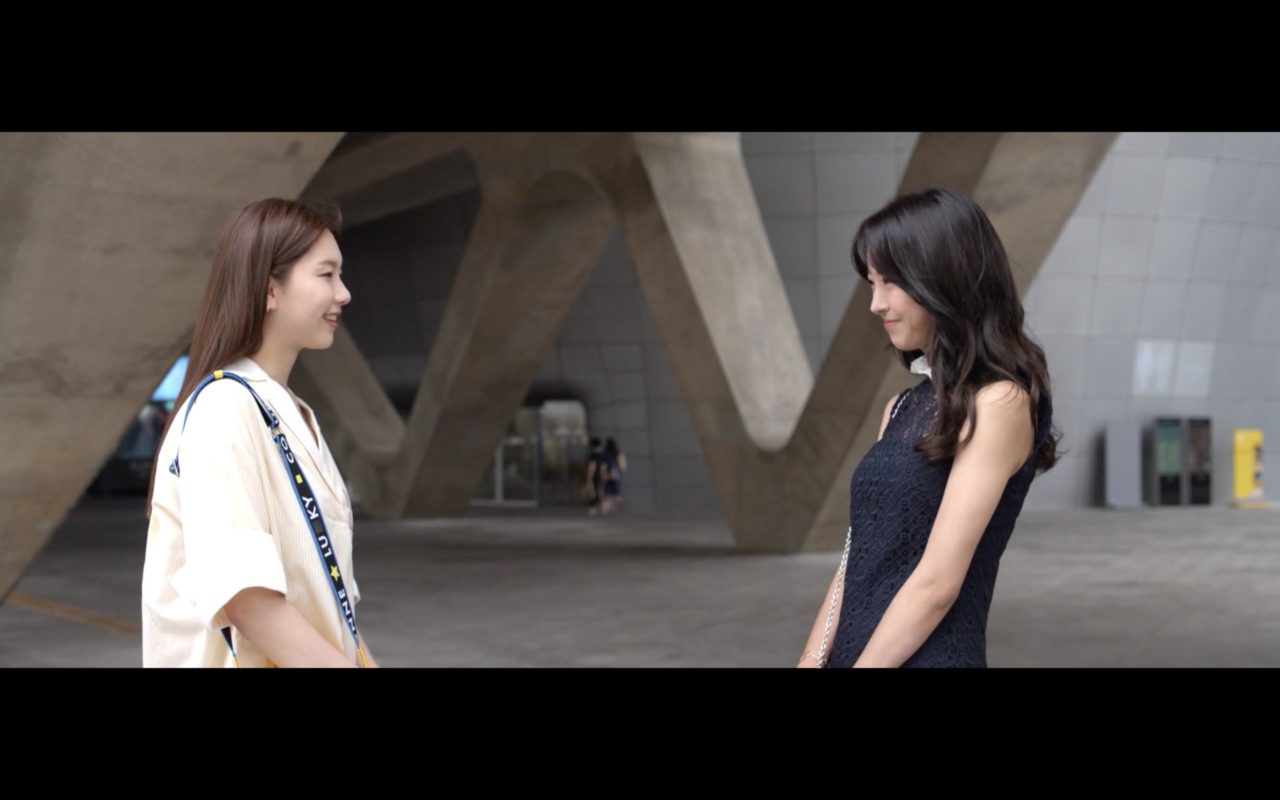 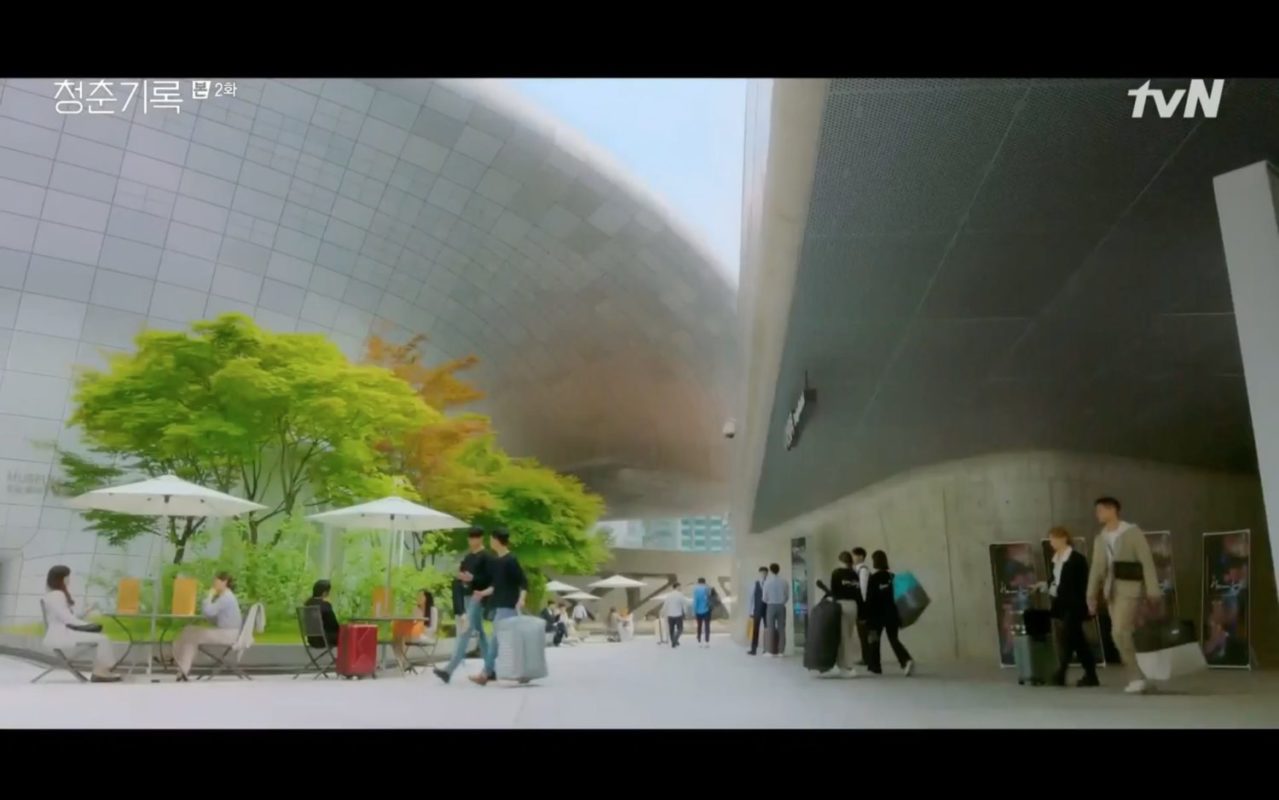 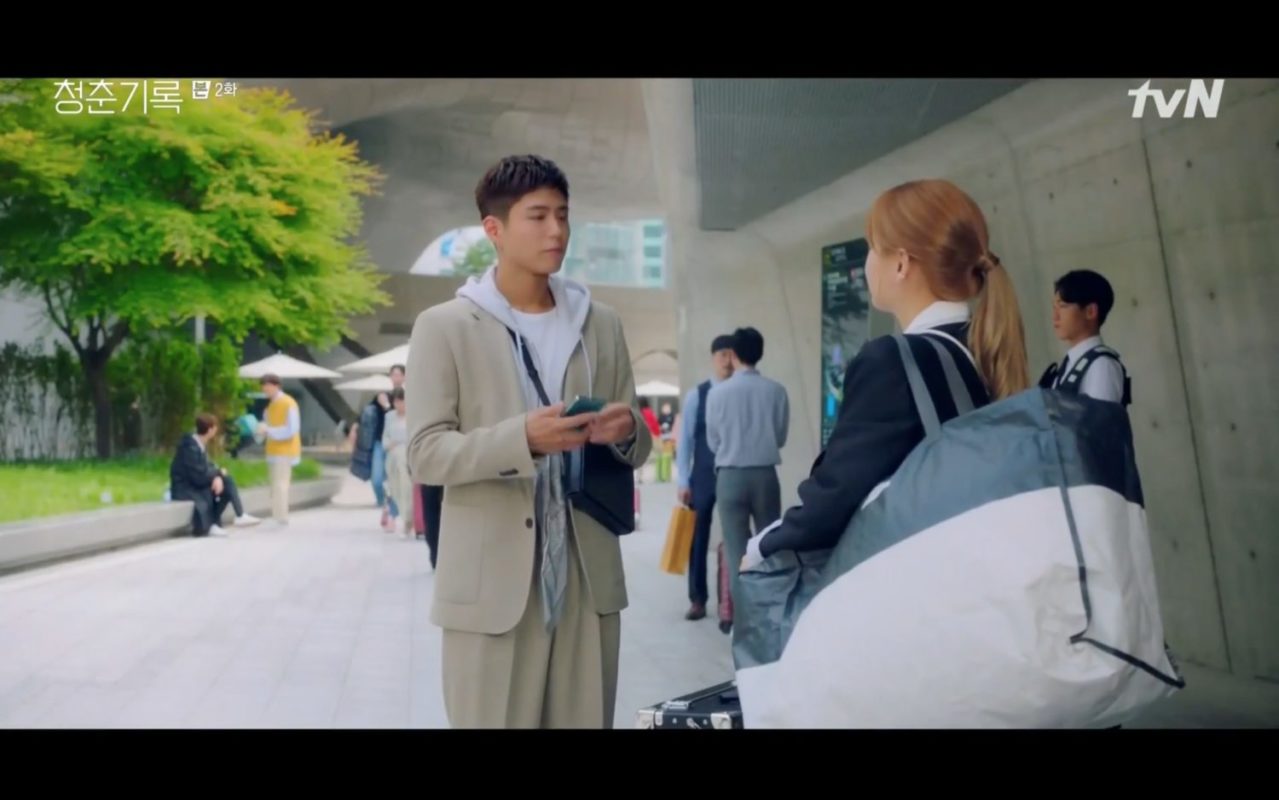 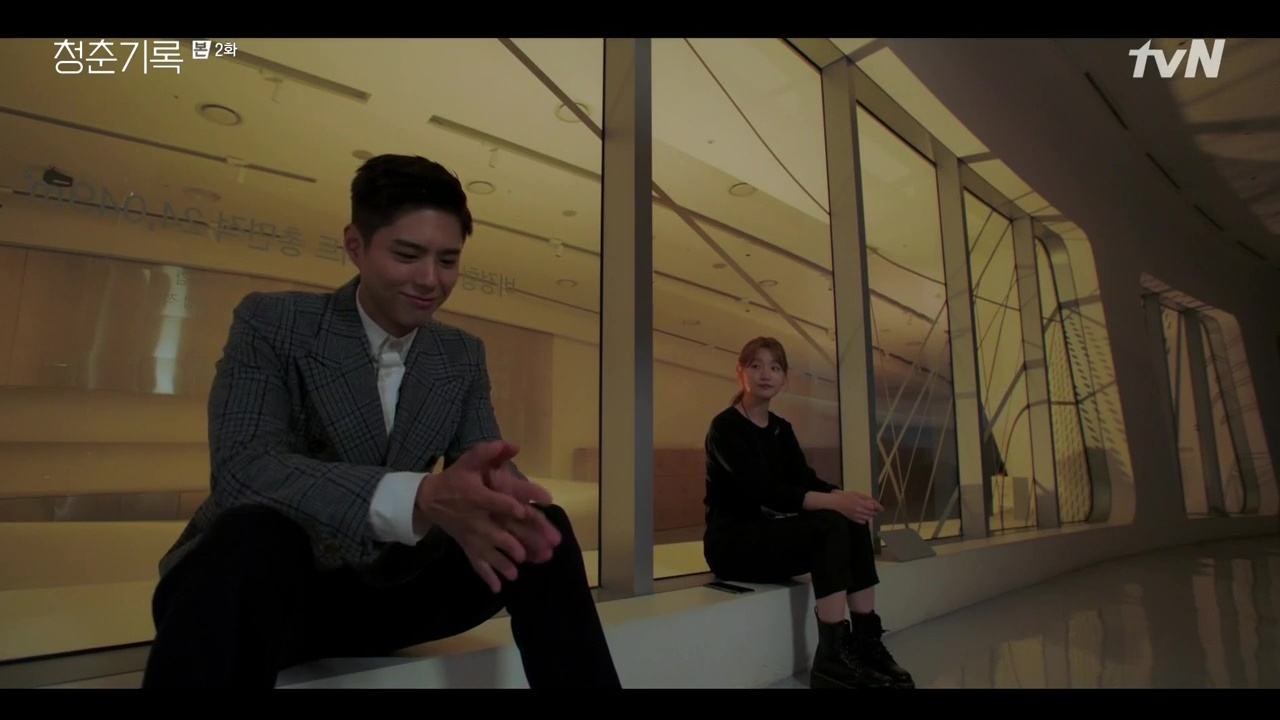 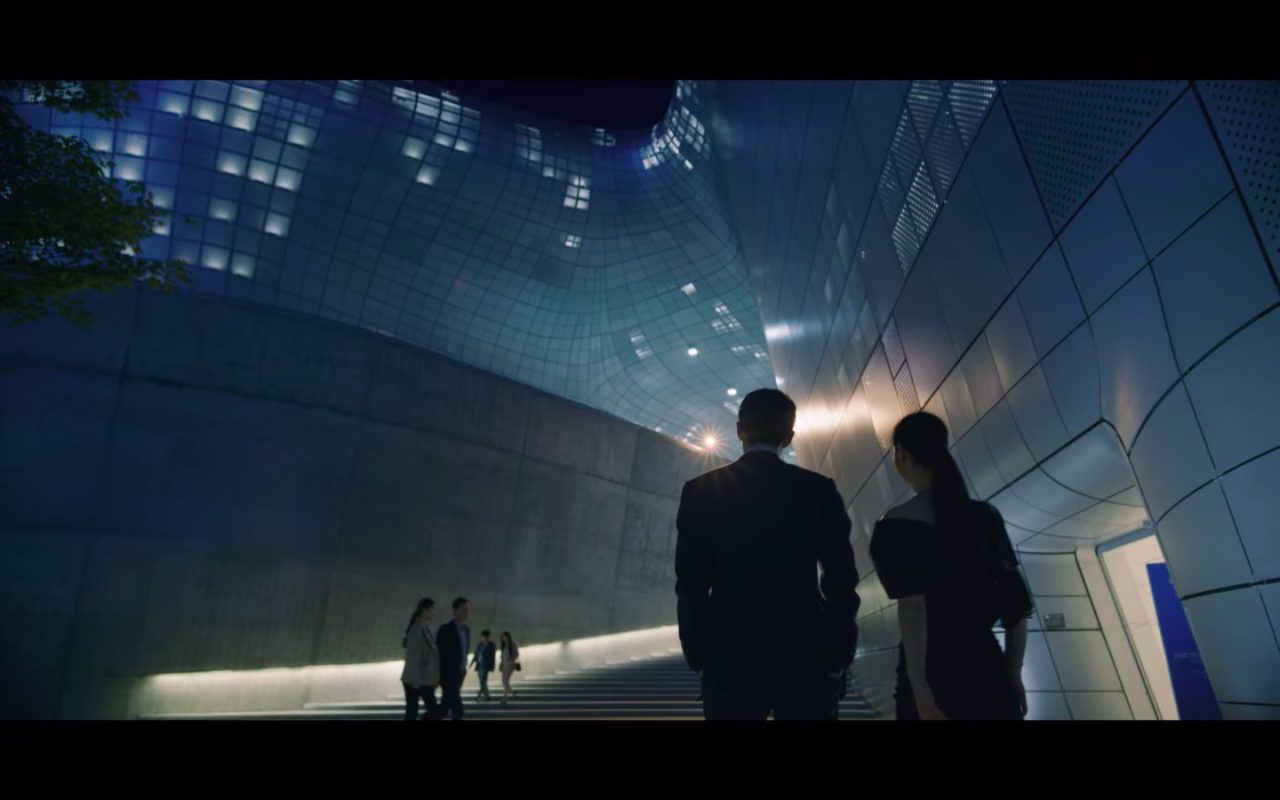 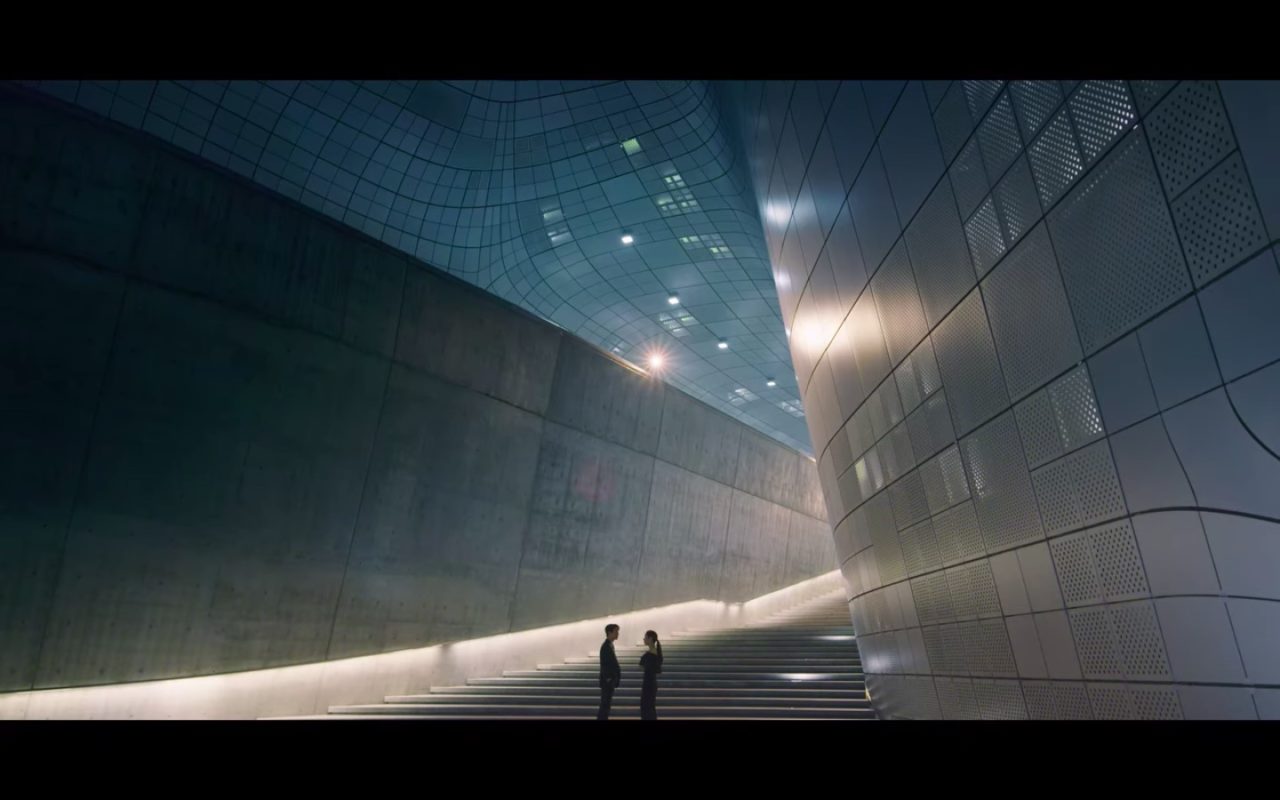 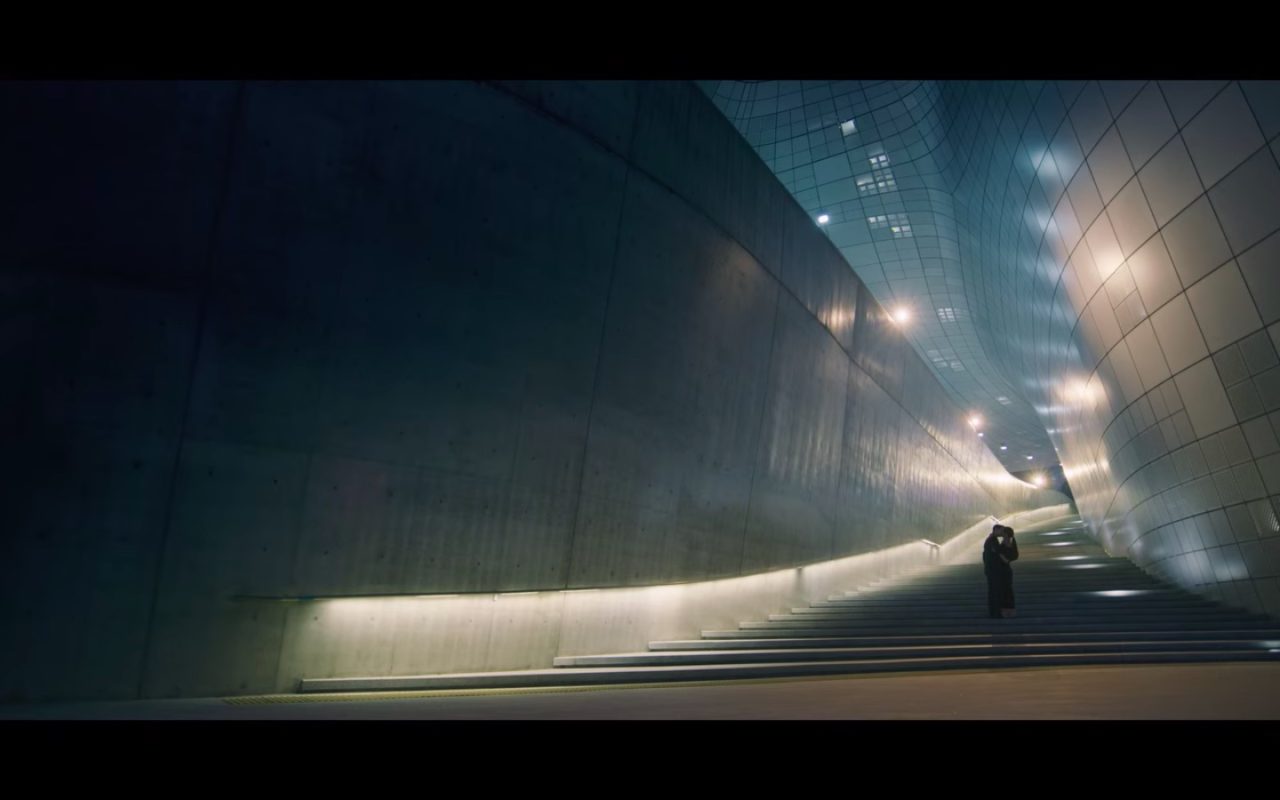 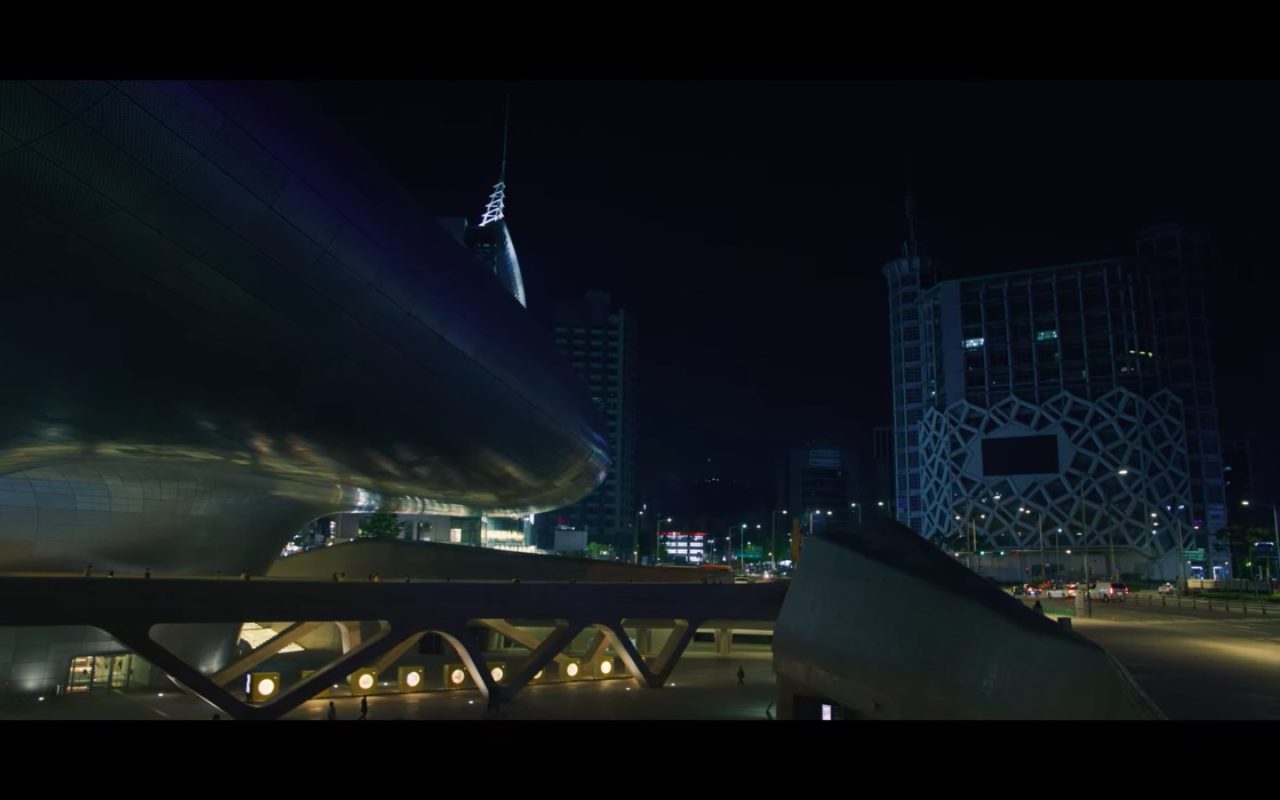 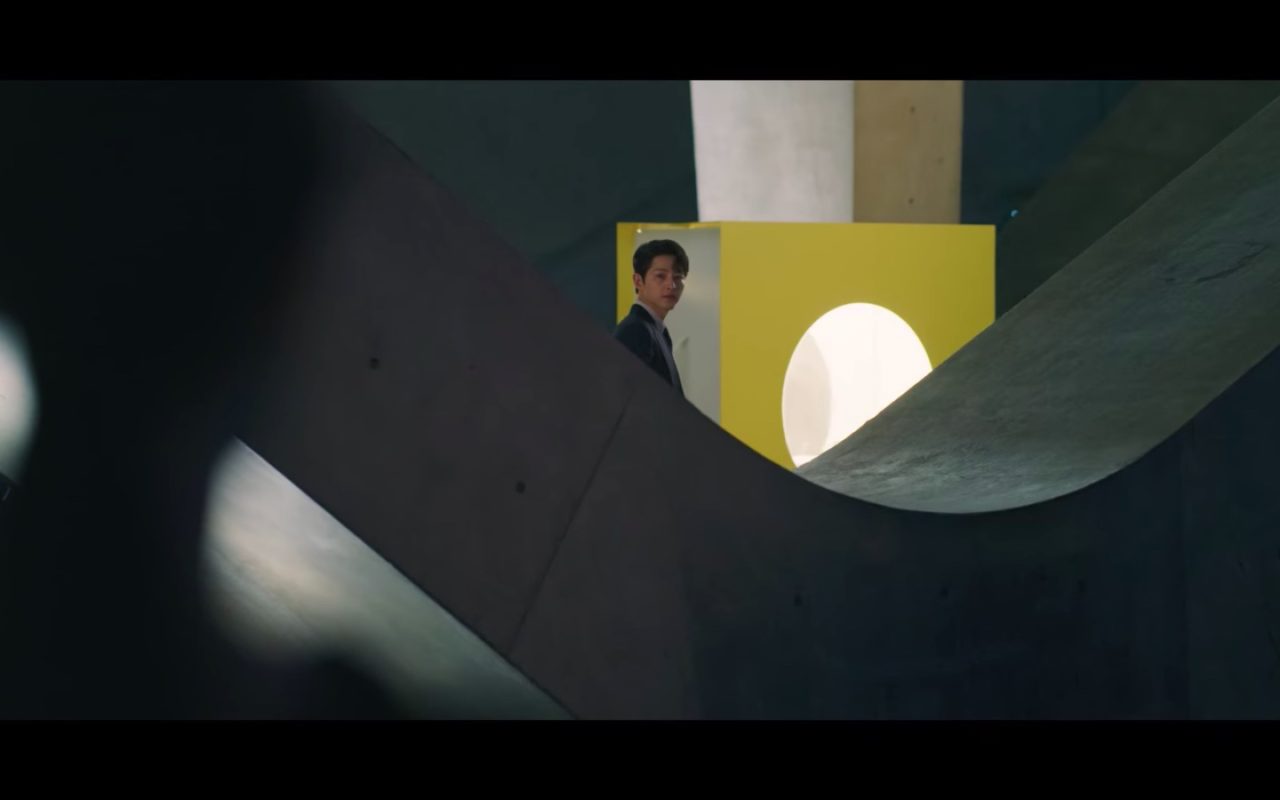 An event held by the Social Responsibility Foundation (SRF) at which the reality television show ‘Live Court Show’ is announced is held at this venue in The Devil Judge (악마판사) (tvN, 2021) with Kang Yo-Han (Ji Sung) —the main judge in the show— as special guest and a lot of high politicians and CEOs in attendance.

Hong Cha-young (Jeon Yeo-bin) is reunited with Vincenzo Cassano/Park Ju-hyung (Song Joong-ki) after a year at an event at this location in final episode 20 of Vincenzo (빈센조) (tvN/Netflix, 2021). [SPOILER} It is here too that they share a long-awaited second kiss.

The ‘Homme Jung Fashion Show’, at which Sa Hye-joon (Park Bo-gum)and Kim Jin-woo (Kwon Soo-hyun) partake as models in episodes 1-2 of Record of Youth/The Moment/Youth Record (청춘기록) (tvN, 2020) takes place at this venue. This is also where An Jeong-ha (Park So-dam) meets her crush Hye-joon for the first time as a make-up artist.

PK Group has their big presentation for their Mach self-driving car (or M-Car) at this venue in episode 3 of Are You Human?/Are You Human Too (너도 인간이니?) (KBS2, 2018). Director Seo Joon-gil (Yoo Oh-seong) takes the lead as Nam Shin (Seo Kang-joon) was unable to be there due to ‘circumstances’ – however, Nam Shin’s sudden appearance takes everyone by surprise, not knowing that it’s actually robot Nam Shin III in his place. Outside the hall, Kang So-bong (Gong Seung-yeon) protests against the injustice she suffered, but later makes her way in upon finding out that Nam Shin was there.

Lee Jung-joo (Kang So-ra) stands at a crossroad outside this landmark building deep in thought in episode 1 of Warm and Cozy (맨도롱 또똣) (MBC, 2015), while an advertisement for Jeju flashes on the LED screen on the opposite Good Morning City [굿모닝시티] building. Soon after, Baek Gun-woo (Yoo Yeon-seok) passes by her in a taxi.

Lee Gun (Jang Hyuk) and Kim Mi-young (Jang Na-ra) plan to meet here to see Daniel Pitt’s art exhibition (Choi Jin-hyuk) in episode 6 of Fated to Love You/You Are My Destiny (운명처럼 널 사랑해) (MBC, 2014). She gets all of a sudden troubled if she can trust Lee Gun when she runs into Daniel – who’s here for his exhibition – and asks him what to do. “Should we see what kind of person he really is?” Daniel asks when he sees Lee Gun approaching and pulls Mi-Young in an embrace.

The stunt scene in My Love from Another Star/My Love From The Star/You Who Came From the Stars (별에서 온 그대) (SBS, 2013-14) was also filmed here.

This beautiful rose garden, consisting over 25,000 LED roses, is an exhibition by the Light Rose Garden team, which also carries out such displays in other landmarks around Seoul. It is truly stunning to behold at night, and was also an illuminating feature in selected K-dramas. As of January 2020, however, it seems like the roses have been removed from their location.

In episode 10 of The Producers (프로듀사) (KBS2, 2015), the opening scene featured junior producer Baek Seung-chan (Kim Soo-hyun) being interviewed right in front of the mid-section of the rose garden.

Dongdaemun Design Plaza [동대문디자인플라자] — or DDP for short — is a landmark building and culture hub in Seoul designed by renowned architect Zaha Hadid that opened in 2014. It is located in Seoul’s neighborhood Gwanghui [Gwanghui-dong/광희동] in the Jung District [Jung-gu/중구].

In 2019, the Ministry of Culture, Sports and Tourism –announced through the Korea Tourism Organization (KTO)– selected Dongdaemun Design Plaza as one of the ‘100 Must-Visit Spots in Korea’ for 2019-2020. In 2021, it was again selected to figure among the Top 100 Must-Visit locations for the years 2021-22.

While Are You Human’s interior scene was filmed at Art Hall 1, DDP’s tallest building, the exterior scenes were instead filmed outside the Design Lab, which houses the Design Shop (featured in Fated To Love You) and Academy Hall.