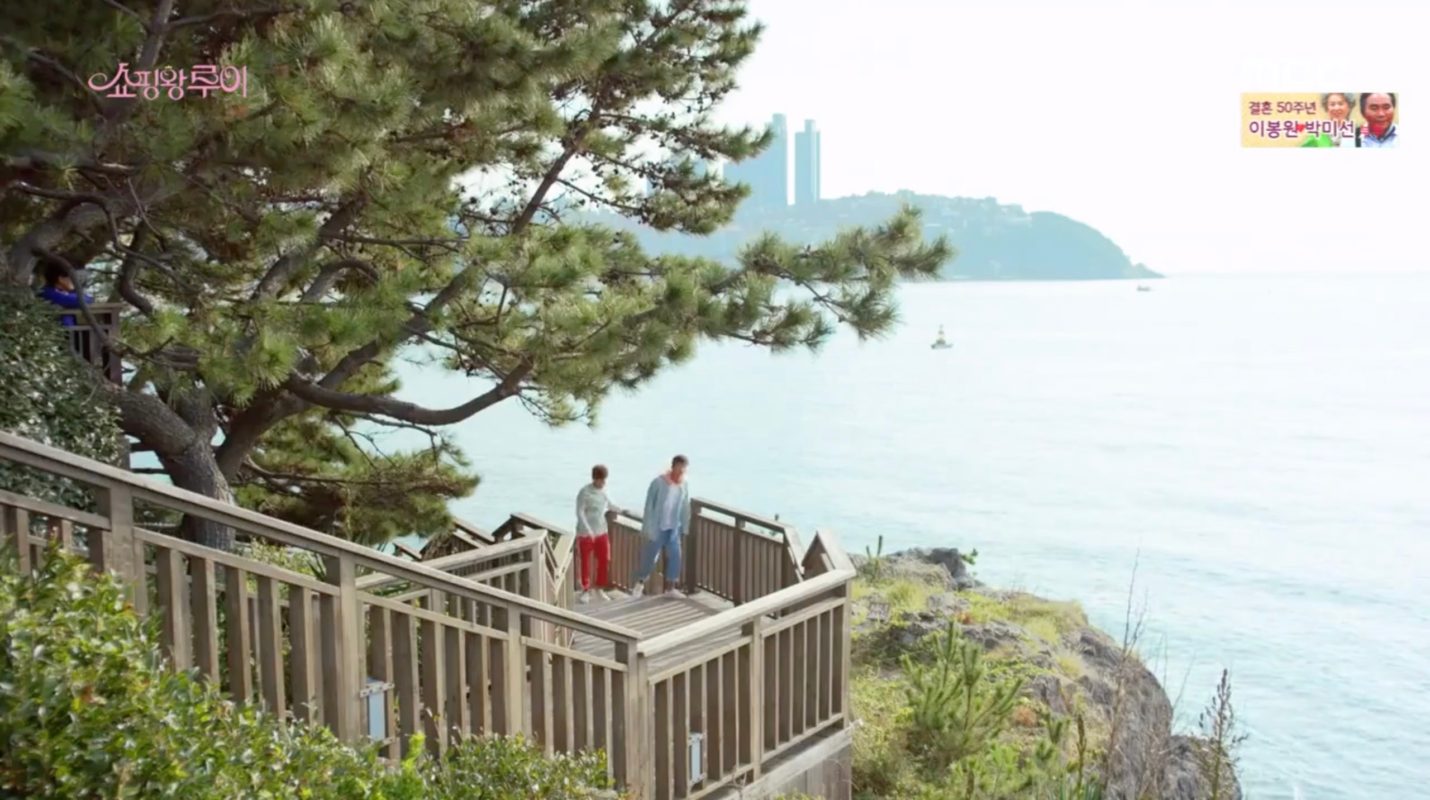 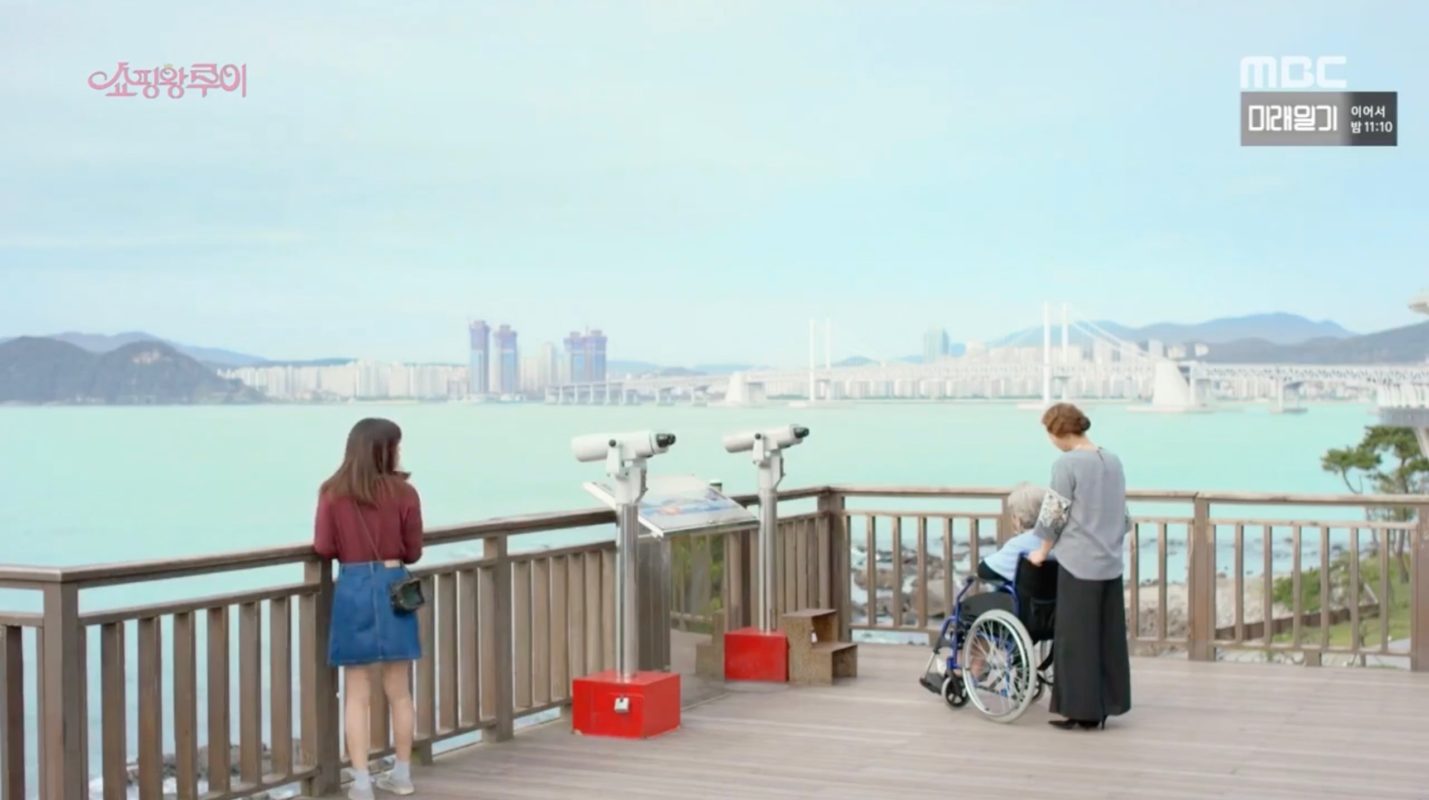 This is where Go Bok-Shil (Nam Ji-Hyun) goes in episode 5 of Shopping King Louis/Shopping King Louie (쇼핑왕 루이) (MBC, 2016) to explore Busan. She coincidentally meets Louis’s (Seo In-Guk) grandmother who is there to get some fresh air and just before Louis arrives, his grandmother is taken away by her son Baek Sun-Goo (Kim Kyu-Cheol) because he doesn’t want the two to cross their pass.

Dongbaek Island or Dongbaekseom Island [동백섬] used to be an island but now a peninsula. It carries its name from the dongbaek [동백] trees, i.e. Japanese camellia, which grow there (like many other islands in South Korea). It figures as Busan Tourism Organization’s Tourist Site No.46 and forms the natural western end of Haeundae Beach [해운대해수욕장]. It is located in Busan’s neighborhood U-dong [우동] in the Haeundae District [Haeundae-gu/해운대구]

Getting here
This island can be directly reached from Haeundae Beach [해운대해수욕장].