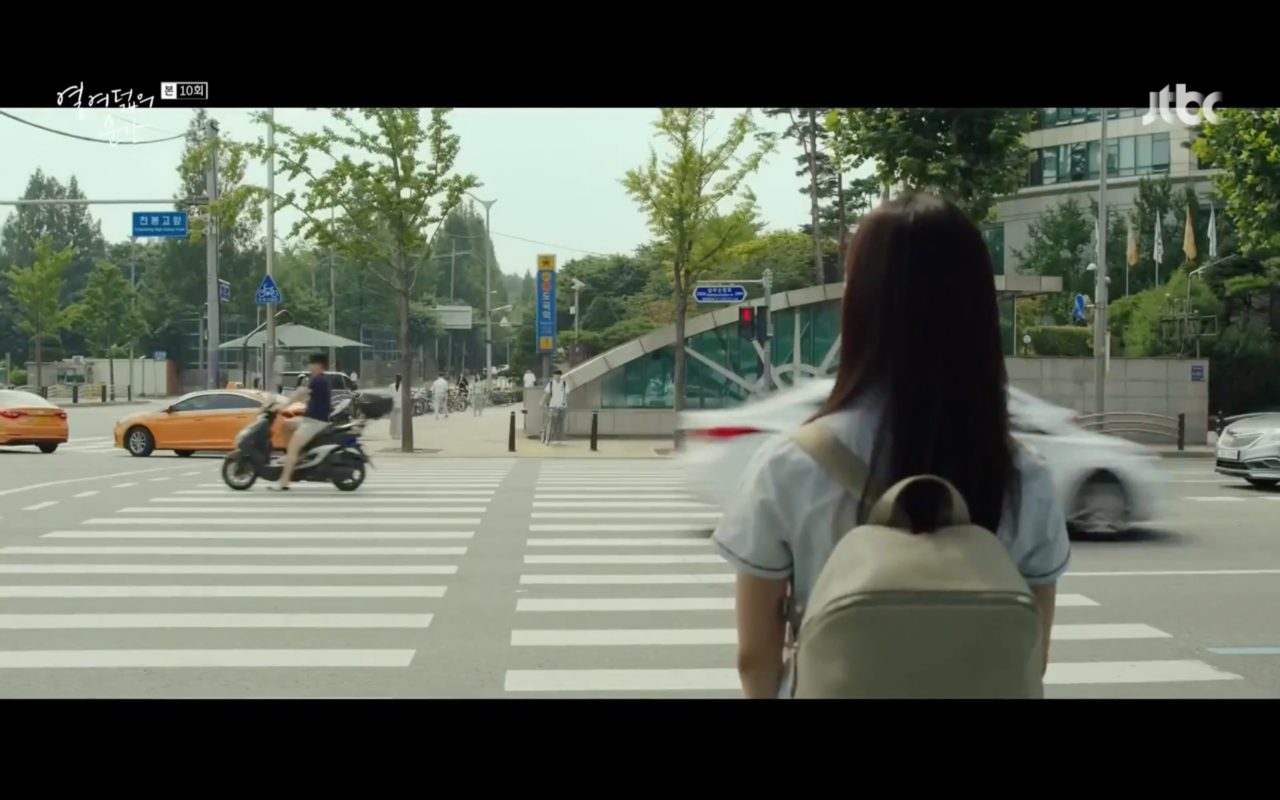 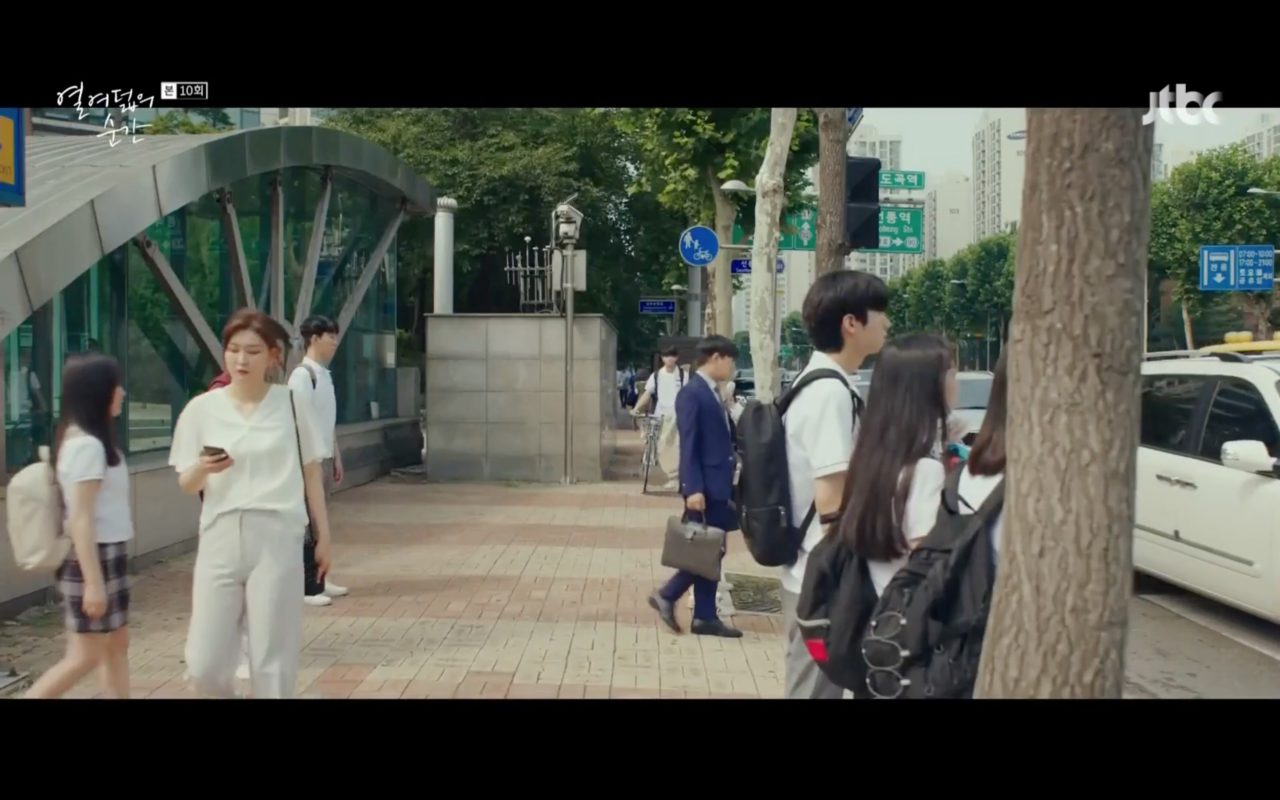 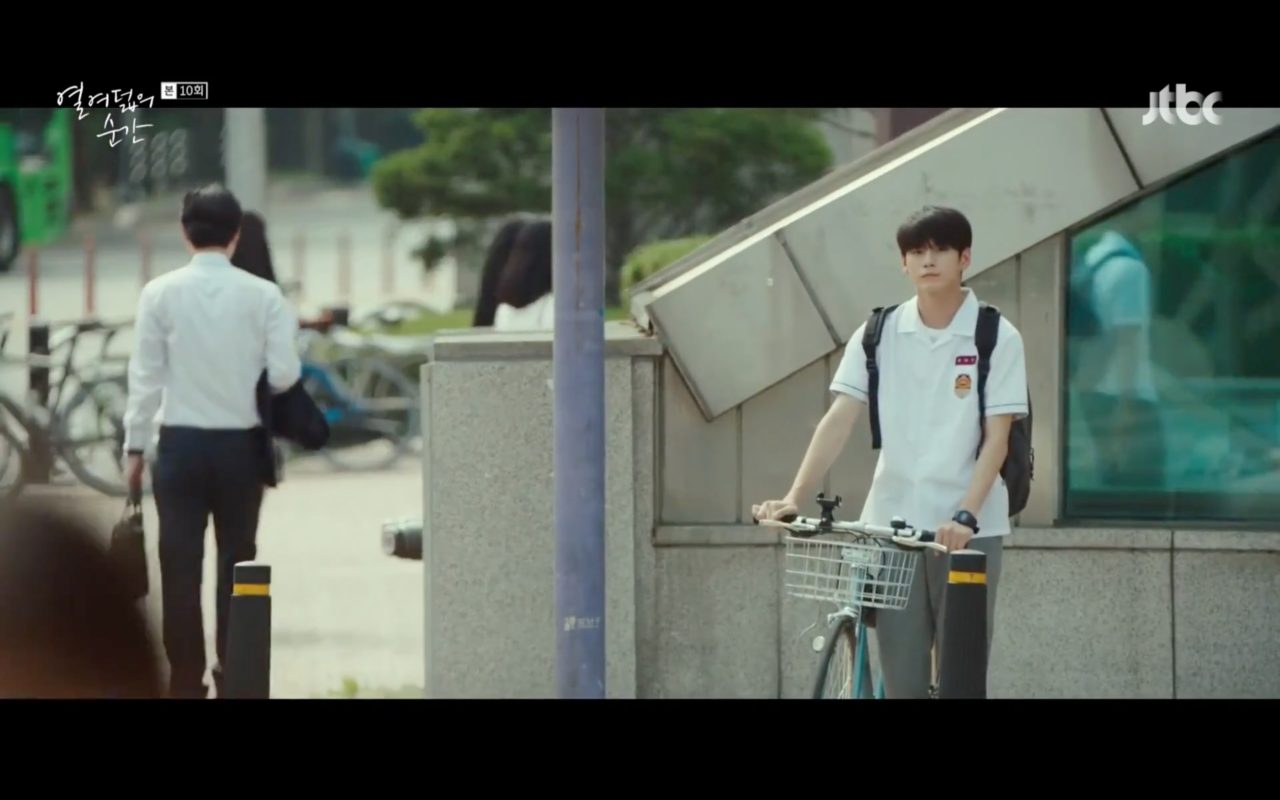 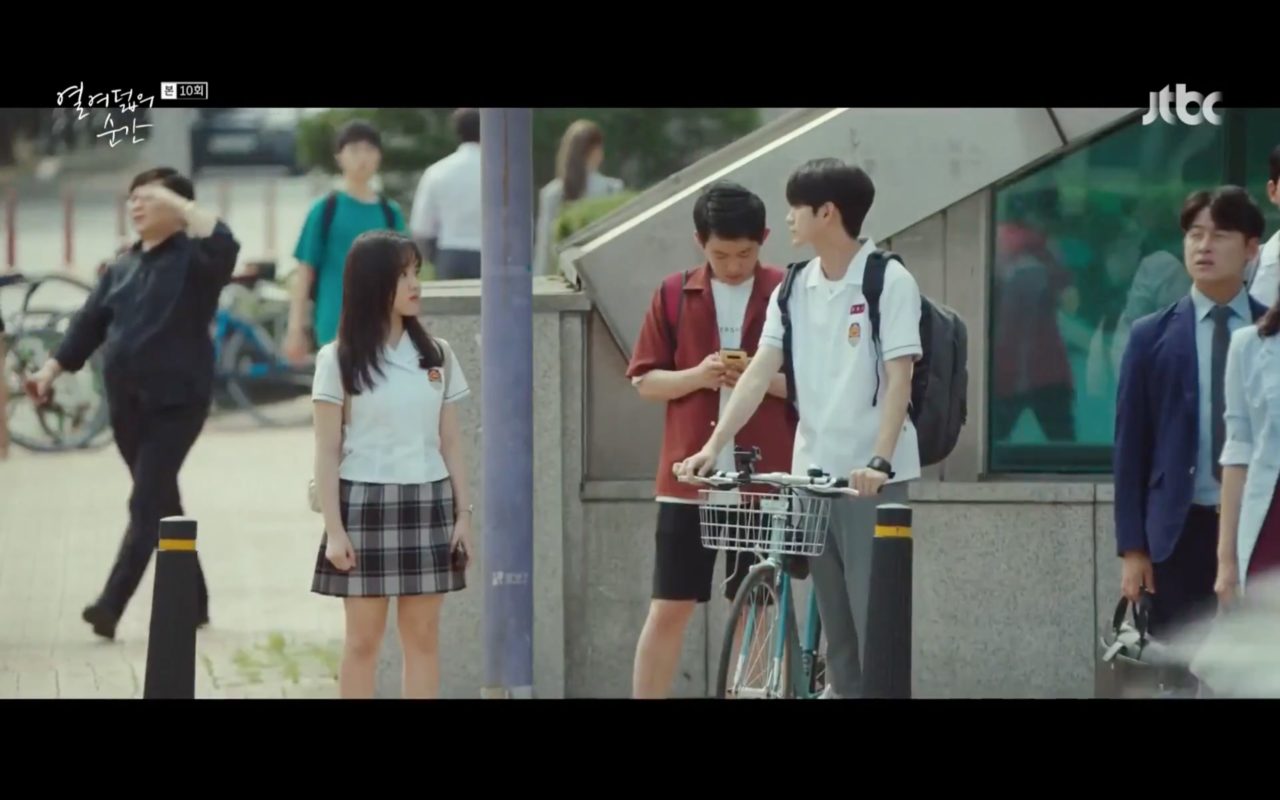 The morning after their break-up, Choi Joon-woo (Ong Seong-wu) and Yoo Soo-bin (Kim Hyang-gi) meet at the same stoplight on their way to school, right in front Exit 4 of this station, in episode 10 of Moments of Eighteen/Moments of 18/At Eighteen (열여덟의 순간) (JTBC, 2019). Joon-woo stays behind and lets Soo-bin cross the road first and thinks to himself that he needs some time.

Dogok Station [도곡역], which opened on October 30 1993, is a subway station on Seoul Subway Line 3 and Bundang Line that carries the subway station number 344 and K217 respectively. The station is located in Seoul’s neighborhood of Dogok [Dogok-dong/도곡동] in the Gangnam District [Gangnam-gu/강남구]. The scene in Moments of Eighteen takes place around Exit 4. 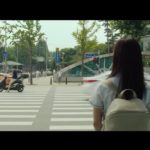 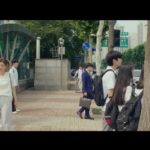 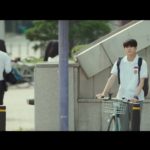 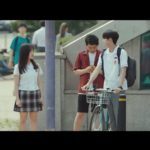